“Accurate Minatures.”  They made no promises about anything but accuracy, and for good reason. 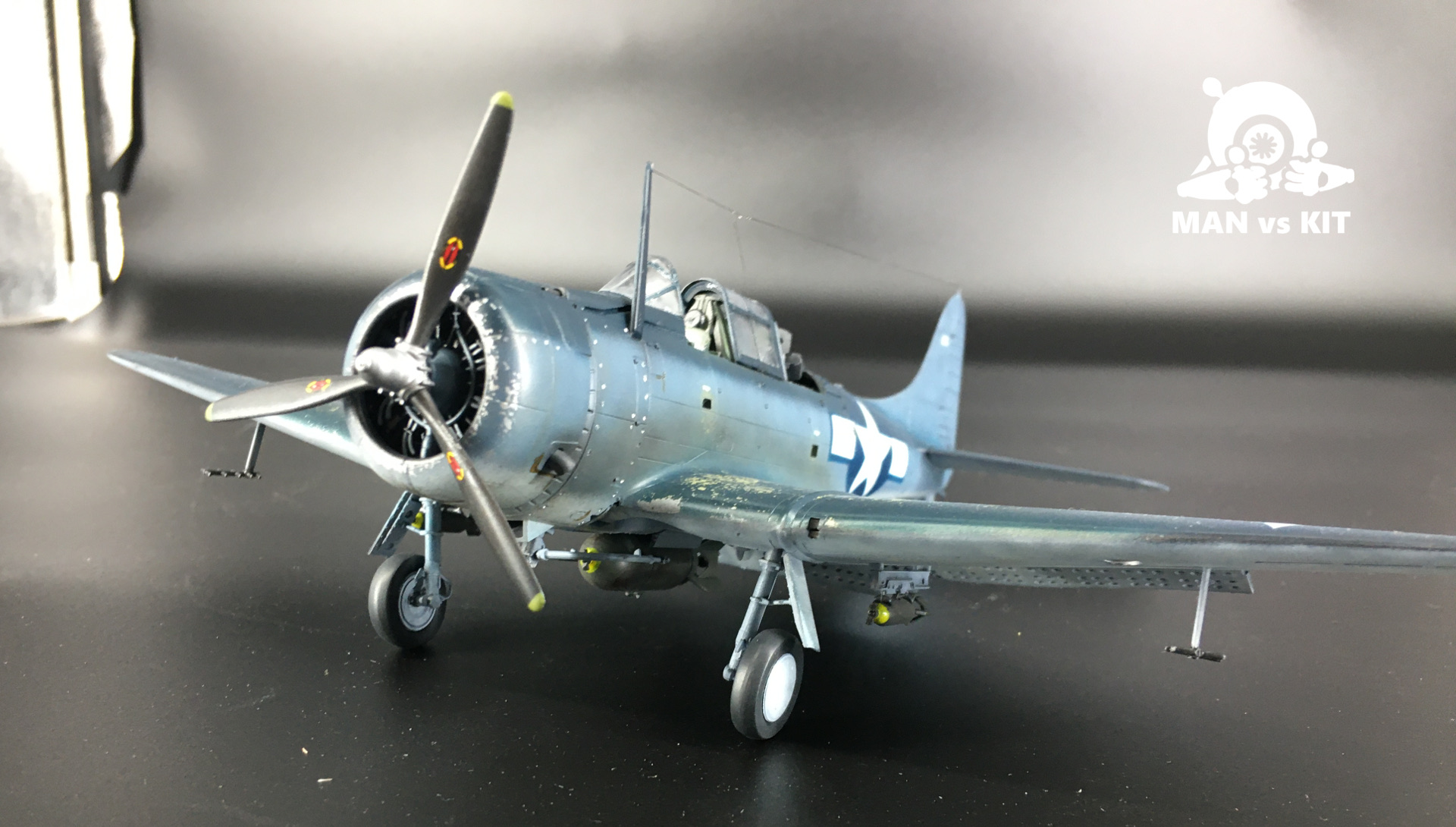 Detail: Reasonable.  Panel lines but no rivets.  Some fastener detail around cowls

I started these kits around May – June this year, and immediately put them away because from the first steps there was something frustrating about them.  I eventually picked them up again in November.  Despite coming close to giving up on these kits permanently as they continued to manifest fit issues, I managed to complete them.  Unfortunately, by the end I just wanted them done and it shows in the uninspired finish.

If you enjoy fiddling, fettling, scratchbuilding replacement parts, fixing seams, scribing, riveting, and all other such tedious nonsense, you might really enjoy this kit.  Please don’t take that as any kind of guarantee: it’s just that I don’t enjoy any of those things, and thus did not enjoy this kit.

So what exactly is so bad about these kits?

The instruction manual is unusual, and I found it hard to follow accurately.  It combines diagrams with text instructions, which though not what I’m used to isn’t inherently a problem in itself.  Unfortunately the text instructions don’t provide clear guidance to locate parts, so you rely on the diagrams but they are also vague.

The poor instructions would not be a problem if the kit were designed to go together well.  There is a lot the manufacturer can do to make the construction intuitive, with solid attachment points, clear grooves to slot parts into, and so on.  None of that is done here, so you are left puzzling out the unclear text and trying to make the part correspond to the vague drawing, while no orientation or position feels convincing.

In several places the kit uses sprue gates that are unreasonably large.  The dive brakes are the worst offenders, as each of these is joined to the sprue along several centimetres of its edge.  Fortunately the kit provided more than I needed, as I only just managed to trim off enough in remotely usable condition.  Once cleaned up, these were a mess and the only reason I posed them open is because that exposed the damaged areas less.  The flaps also failed to remain flat by the time they were separated and cleaned up, which really harms the models’ appearance.

I hadn’t wanted to pose the flaps open because the flap actuators were terrible.  They were clearly very fragile as they were almost all broken on the sprues, and there was a significant amount of flash on the parts.  I cleaned as much as I dared off of these (as I didn’t want to risk breaking them further) but they never looked good.

Sadly, this isn’t the end of the kit’s problems and I’m not going to list everything.  Suffice to say that the fit was poor throughout with many large steps having to be cleaned from inaccessible angles.  Nothing wanted to go together and assembly often leads to juggling several weak and fragile areas while trying to line things up over a large join.  For example the wing – fuselage join has you lower the fuselage, containing several bulkheads and bits of equipment each supported only on one side, onto the wing upon which rests the rest of the fragile cockpit bits.  It looks like it will be a fit nightmare, and it is.  The landing gear are so fragile and fiddly that they are almost guaranteed to break.  The canopy parts don’t stack the way they are designed to, as each part seem too thick for the space available.  It feels like these have been made the correct scale size, but that the designer forgot that the parts will have a larger thickness: and the kit provides a choice of closed or open canopy, so they knew these had to fit stacked.

It was a shame that these did not live up to the hope I had for them, as the Dauntless is one of my favourite aircraft.  Unfortunately the build process was so disappointing (as in you know from early on that this will not look as good as you hoped) that by the time it came to paint these, the motivation was gone and I wasn’t able to produce a finish on either that I particularly like.  A sad way to wrap up a year where I felt I was making a lot of progress. 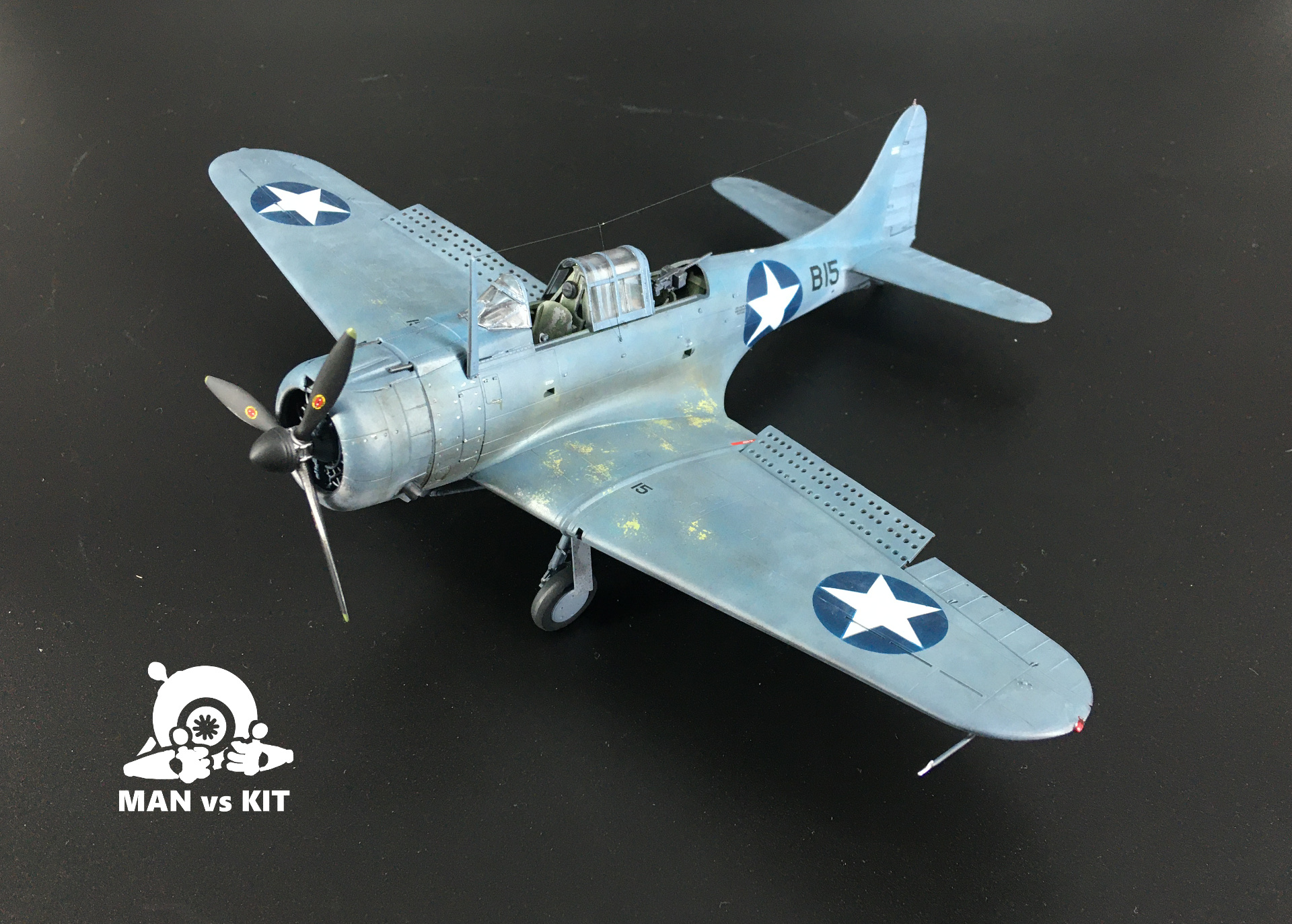 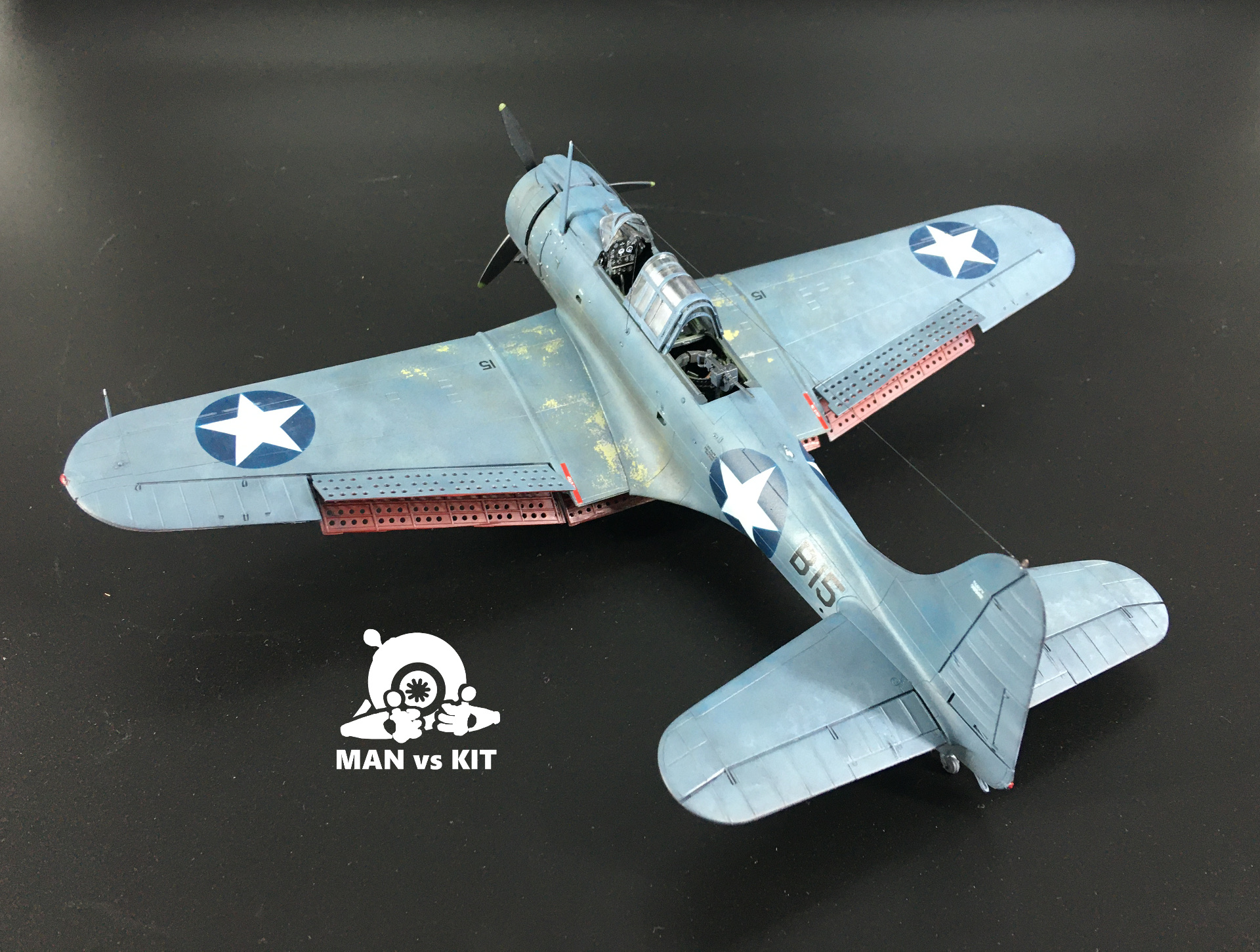 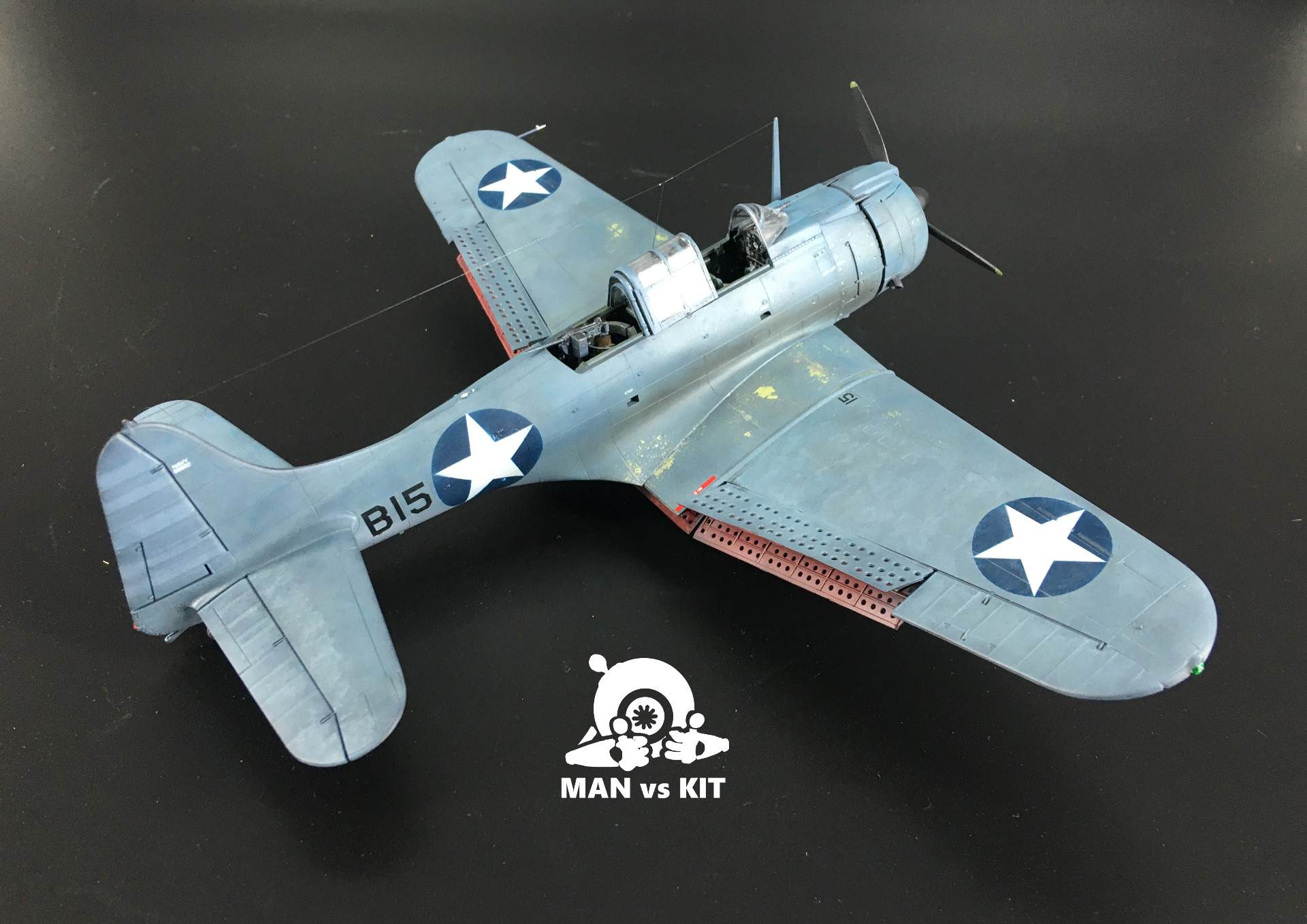 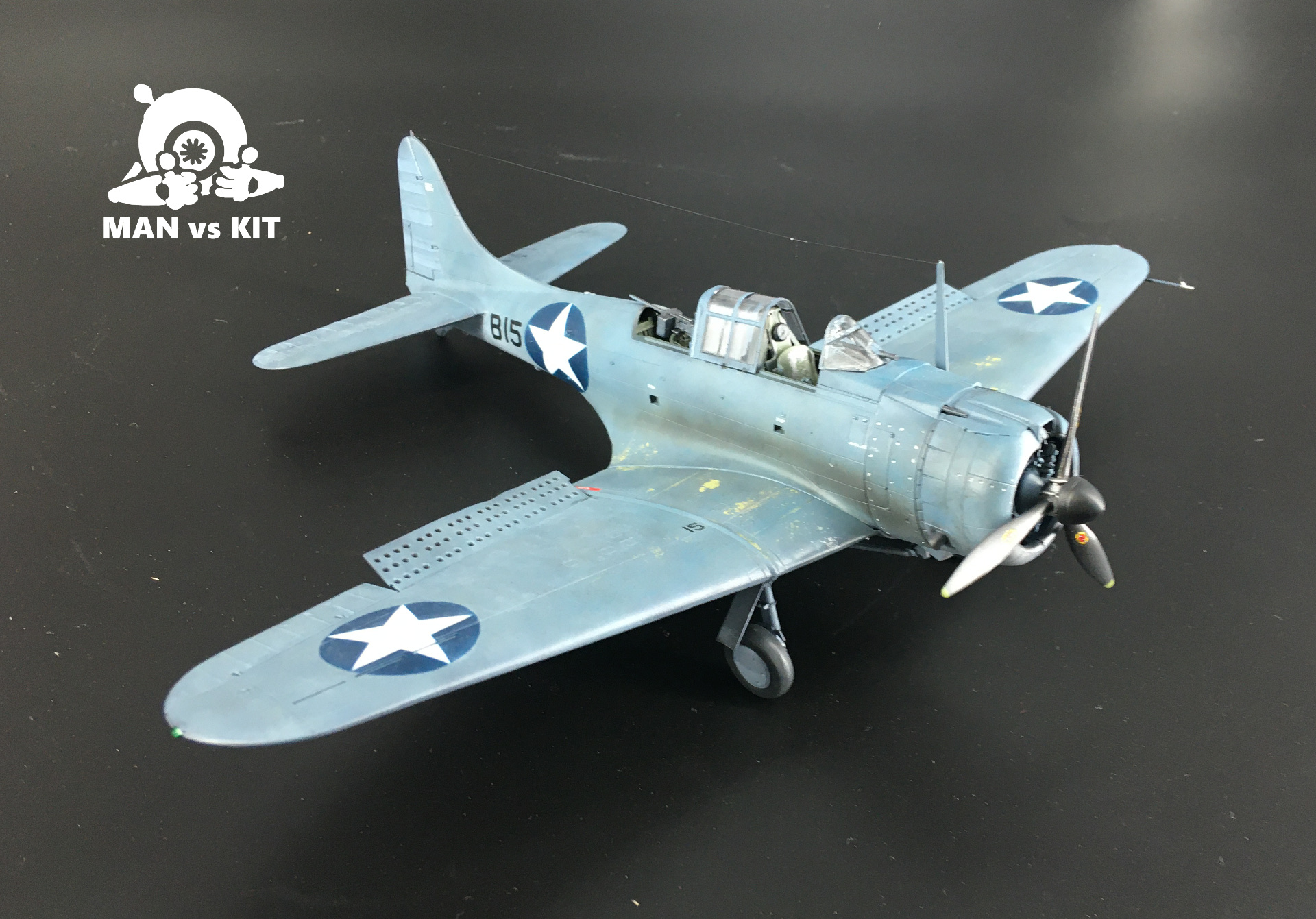 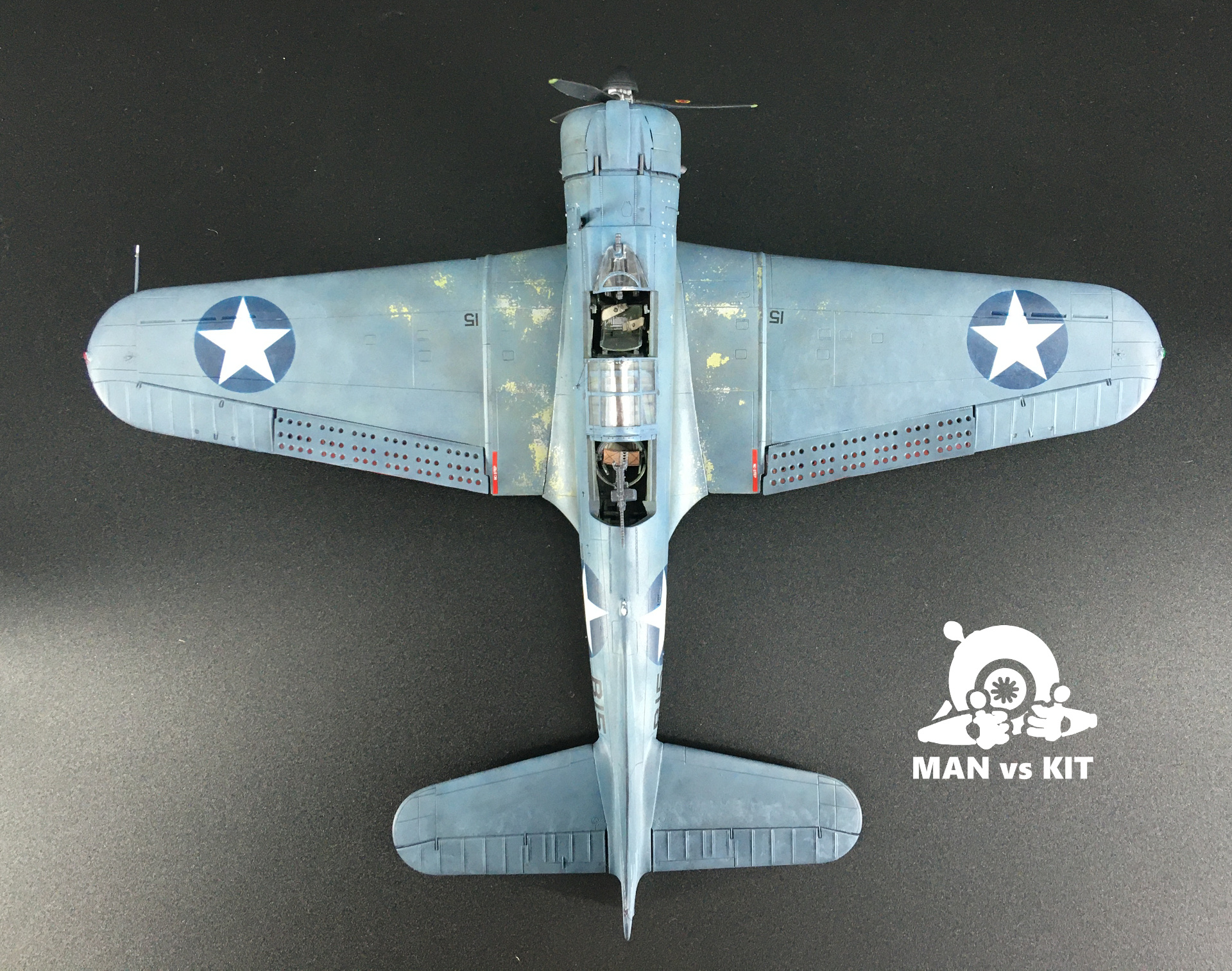 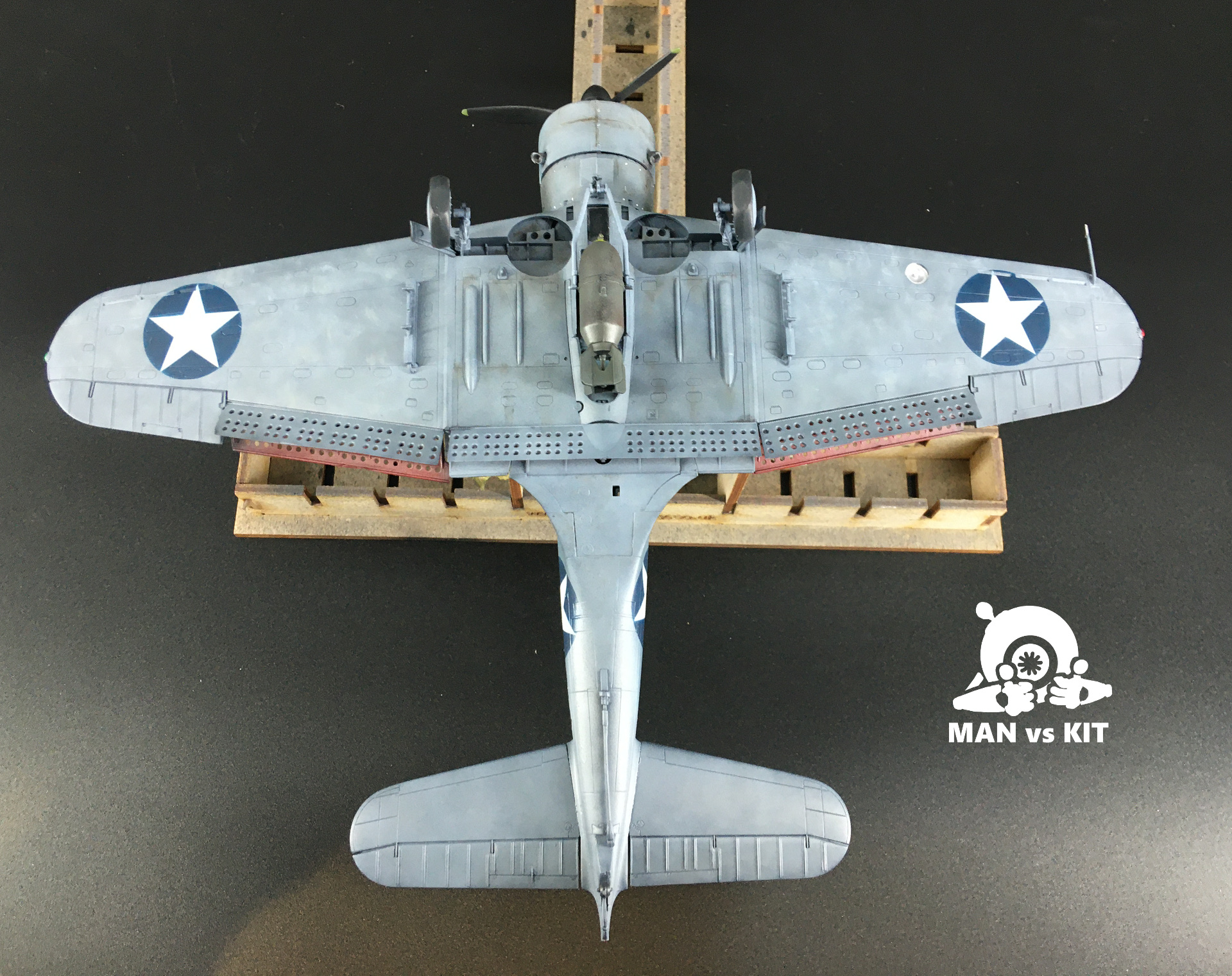 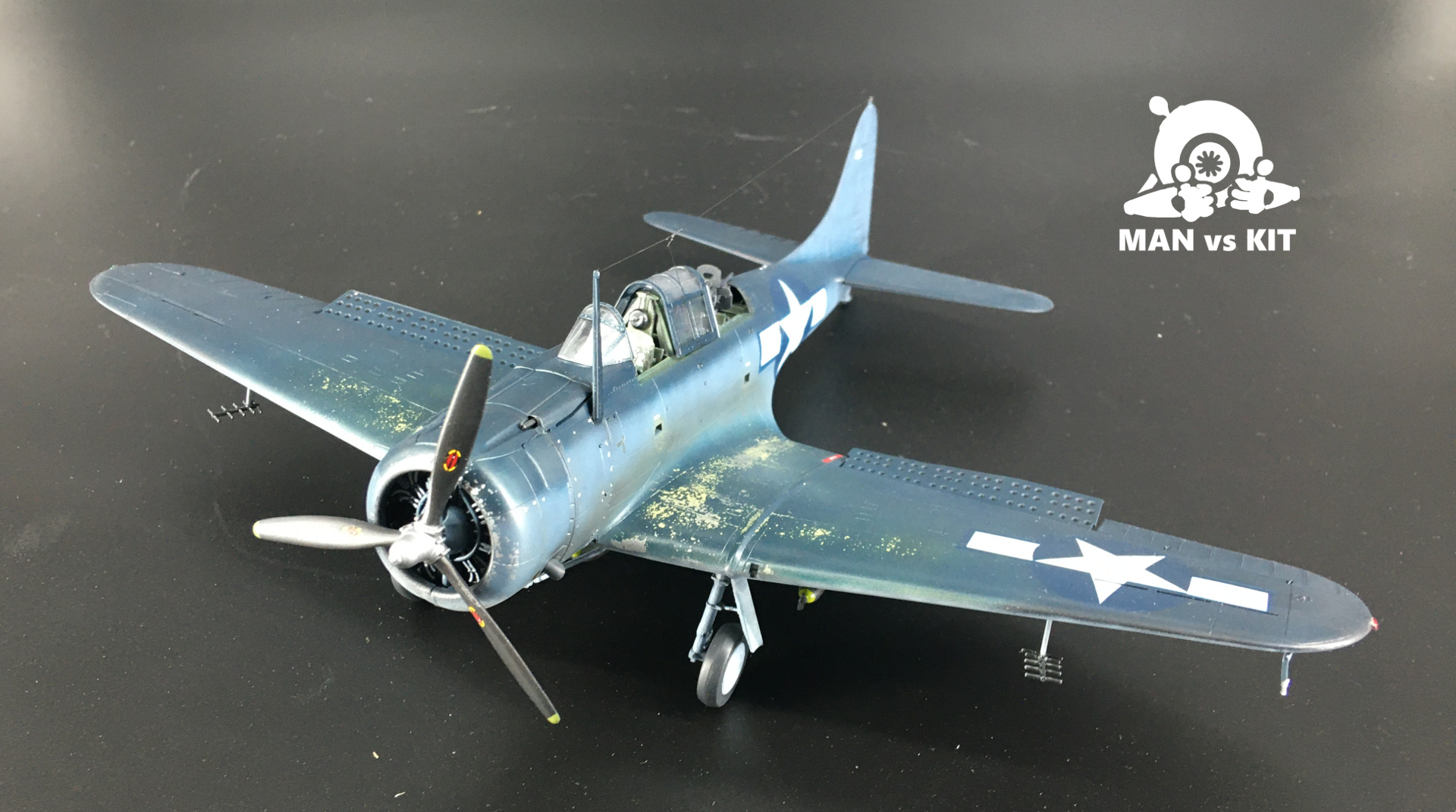 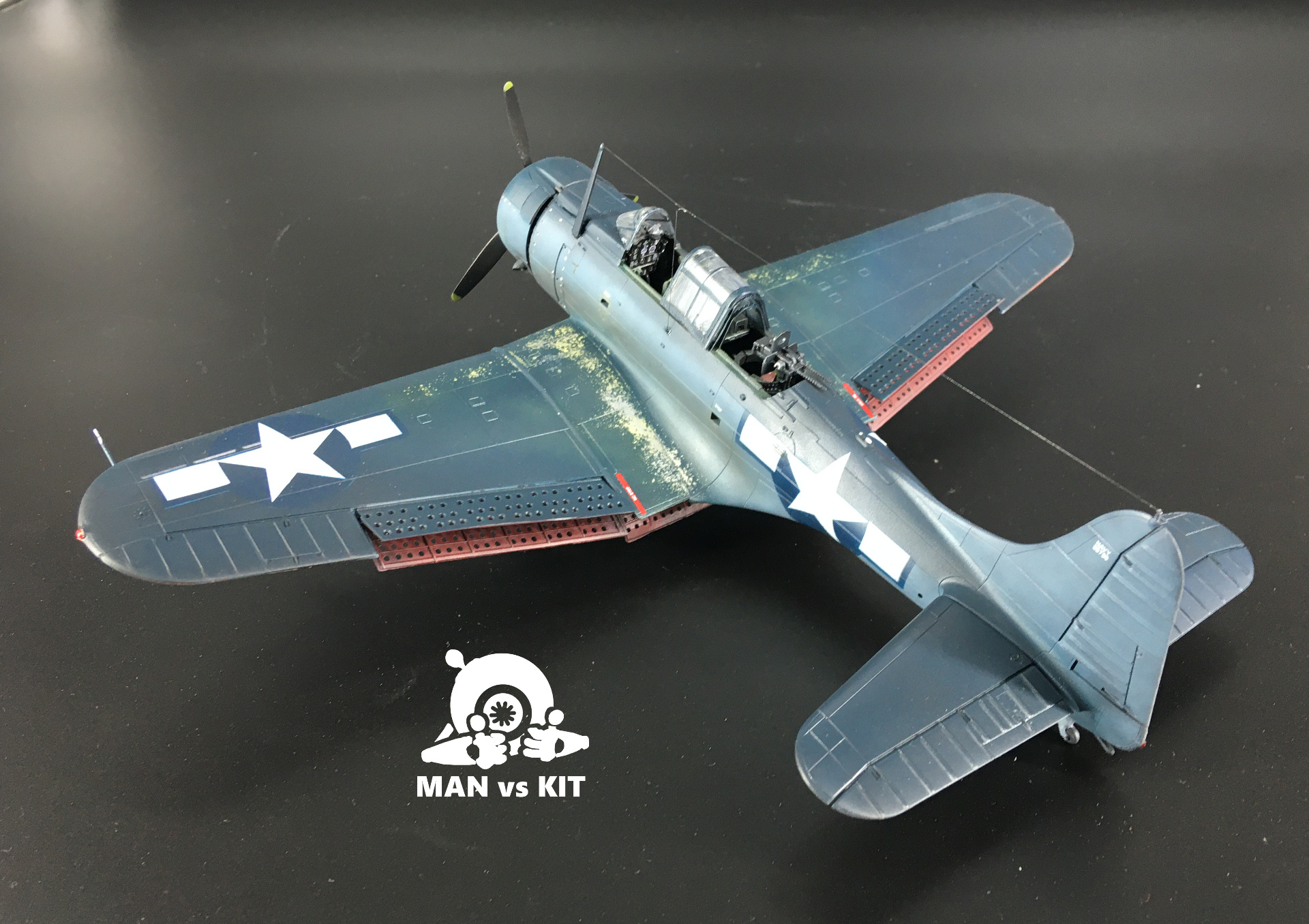 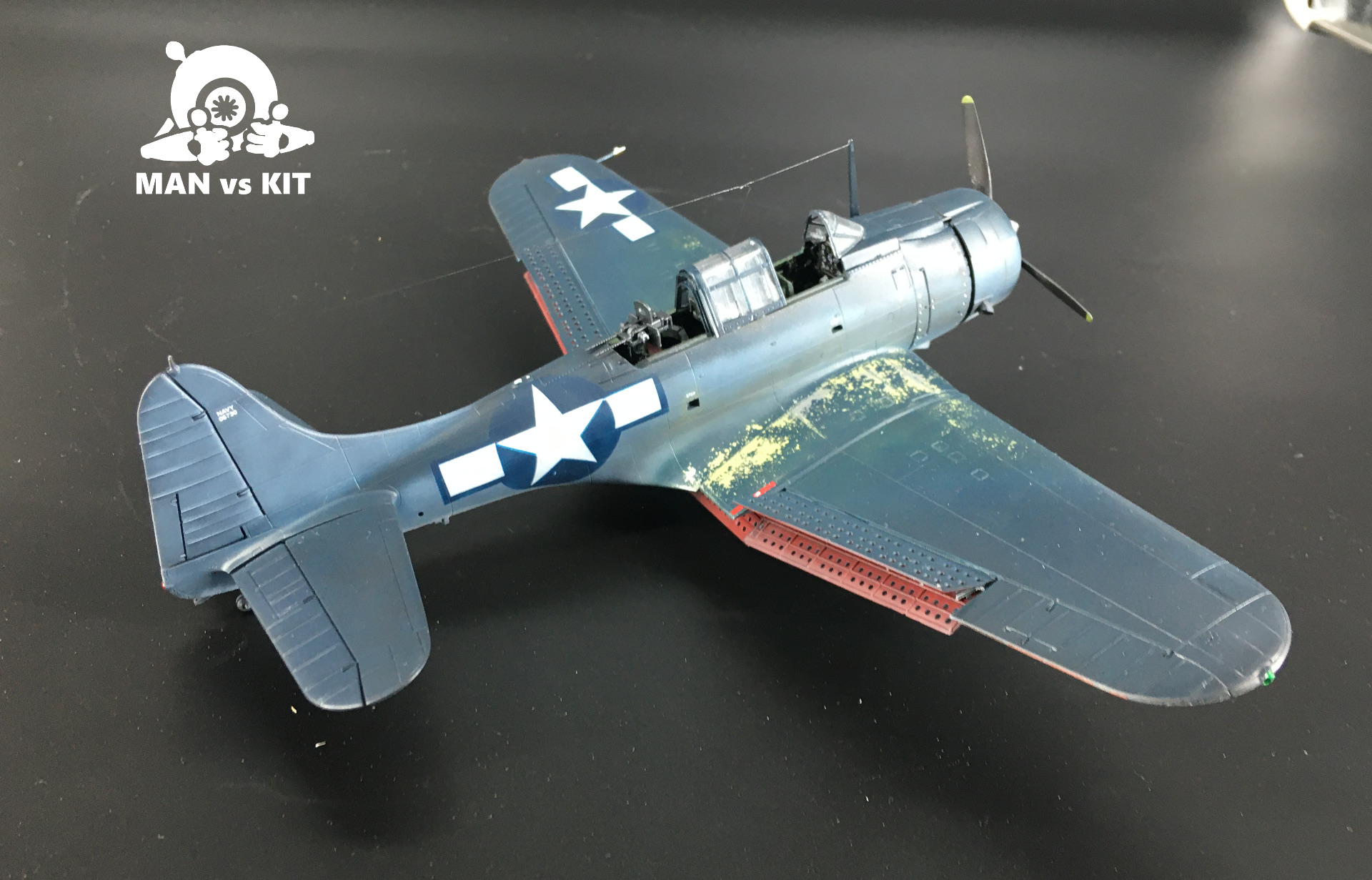 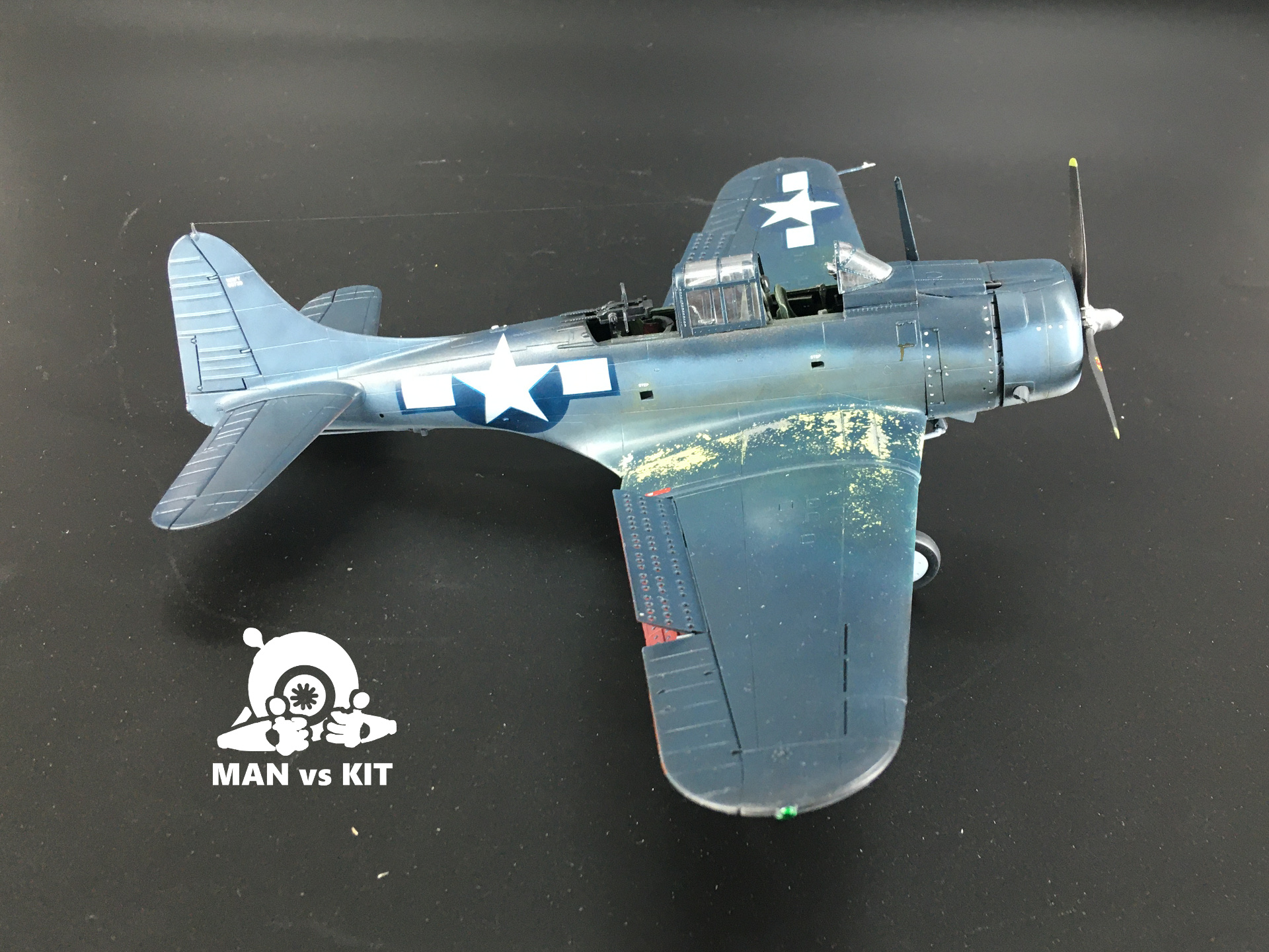 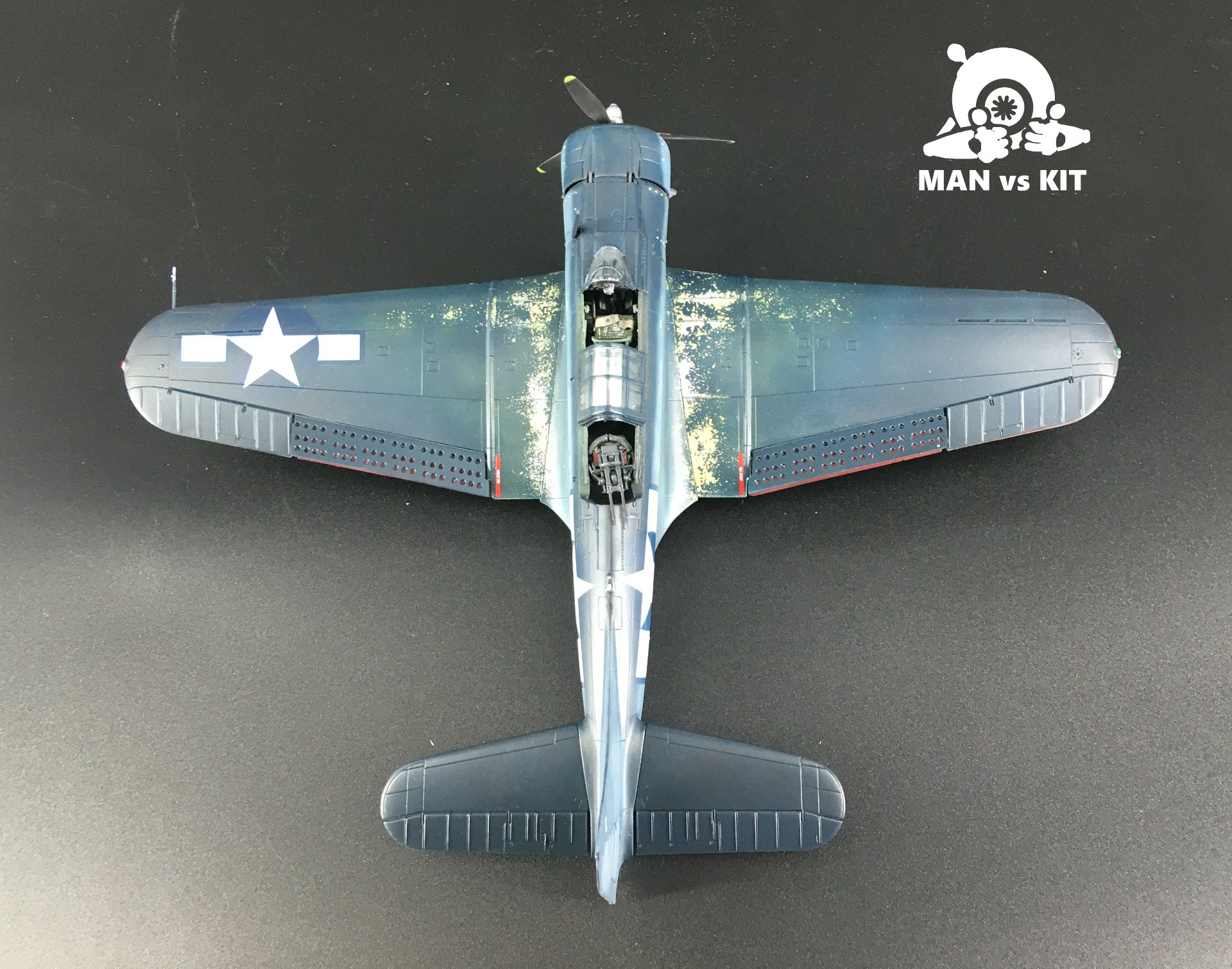 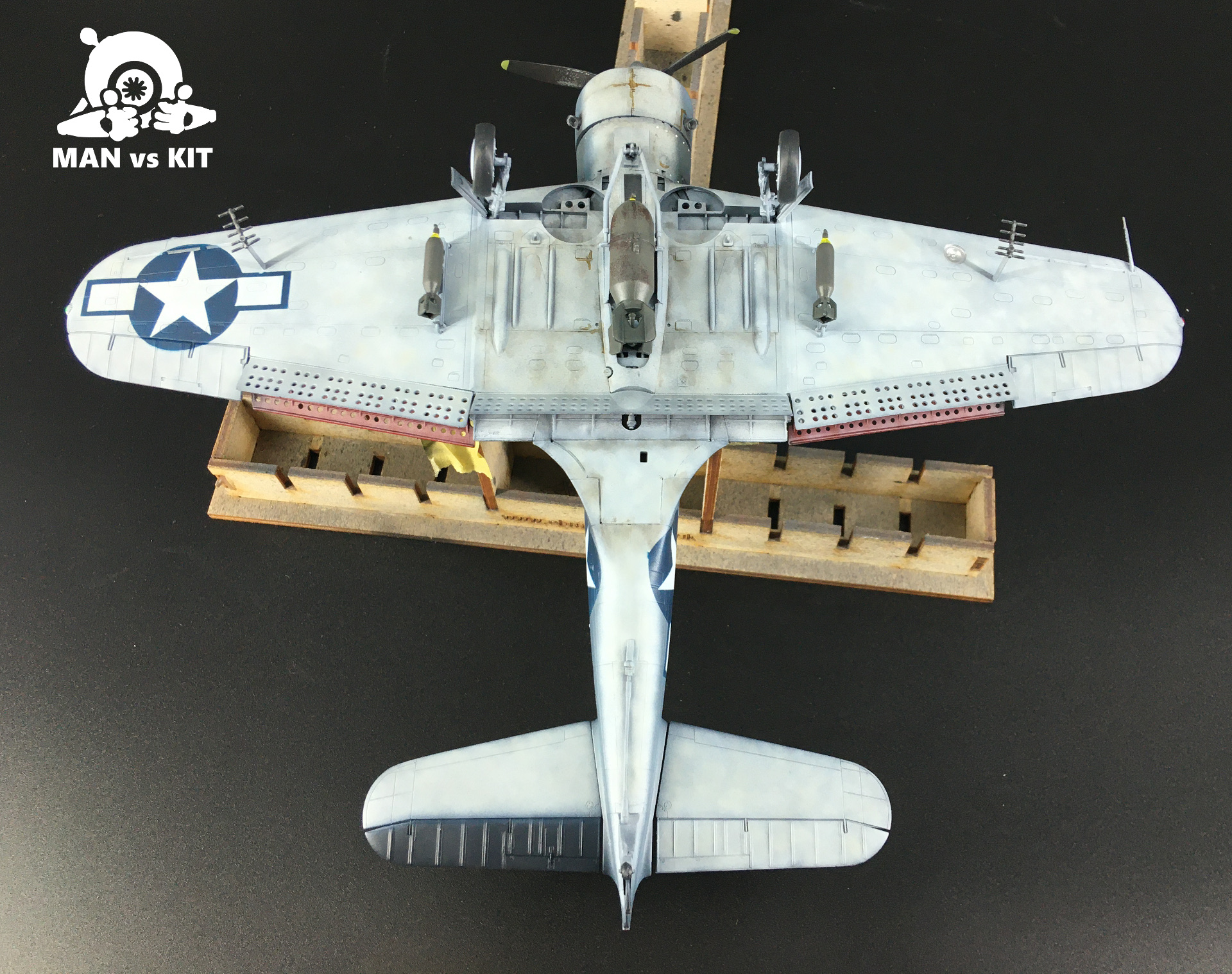 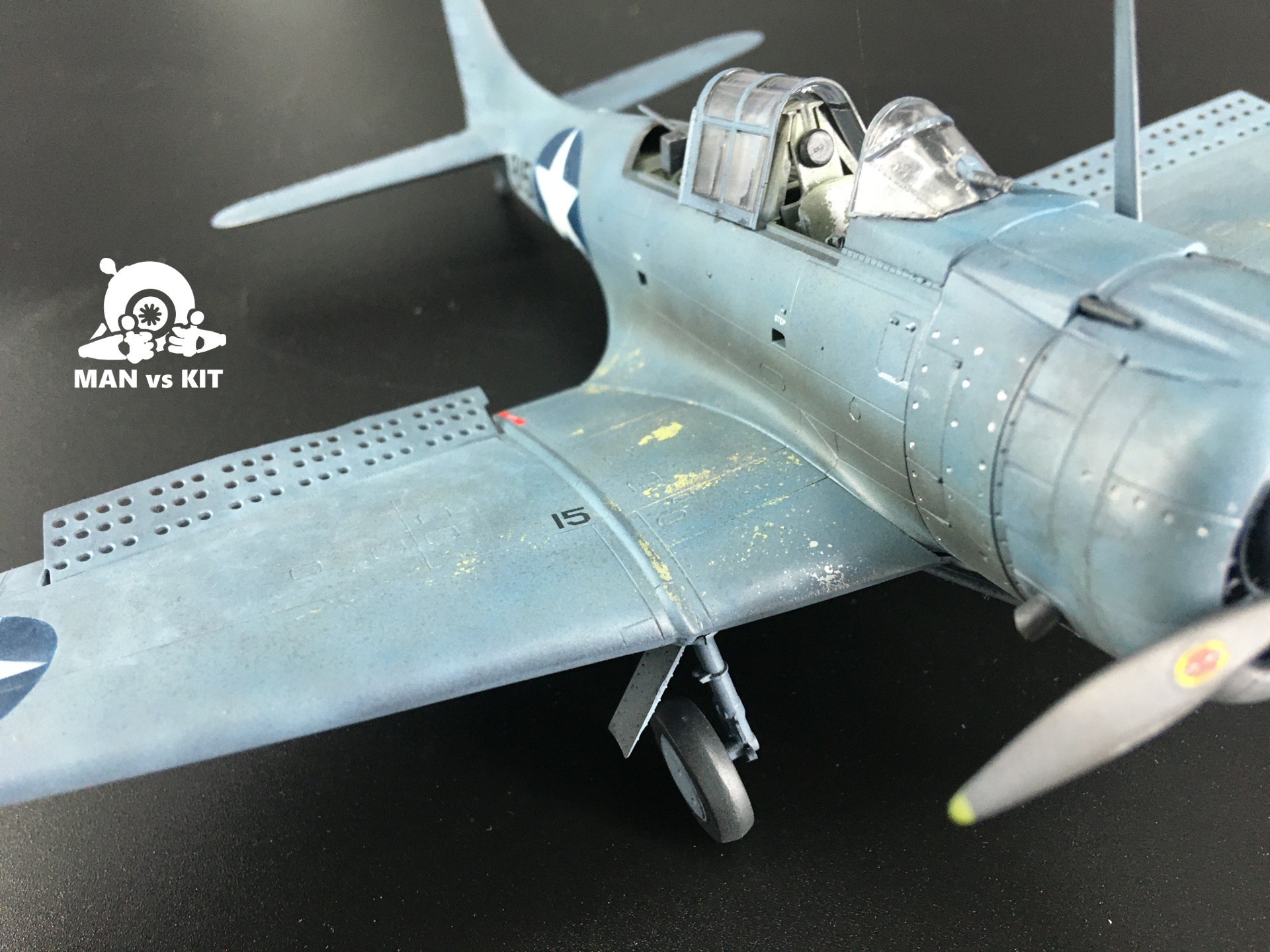 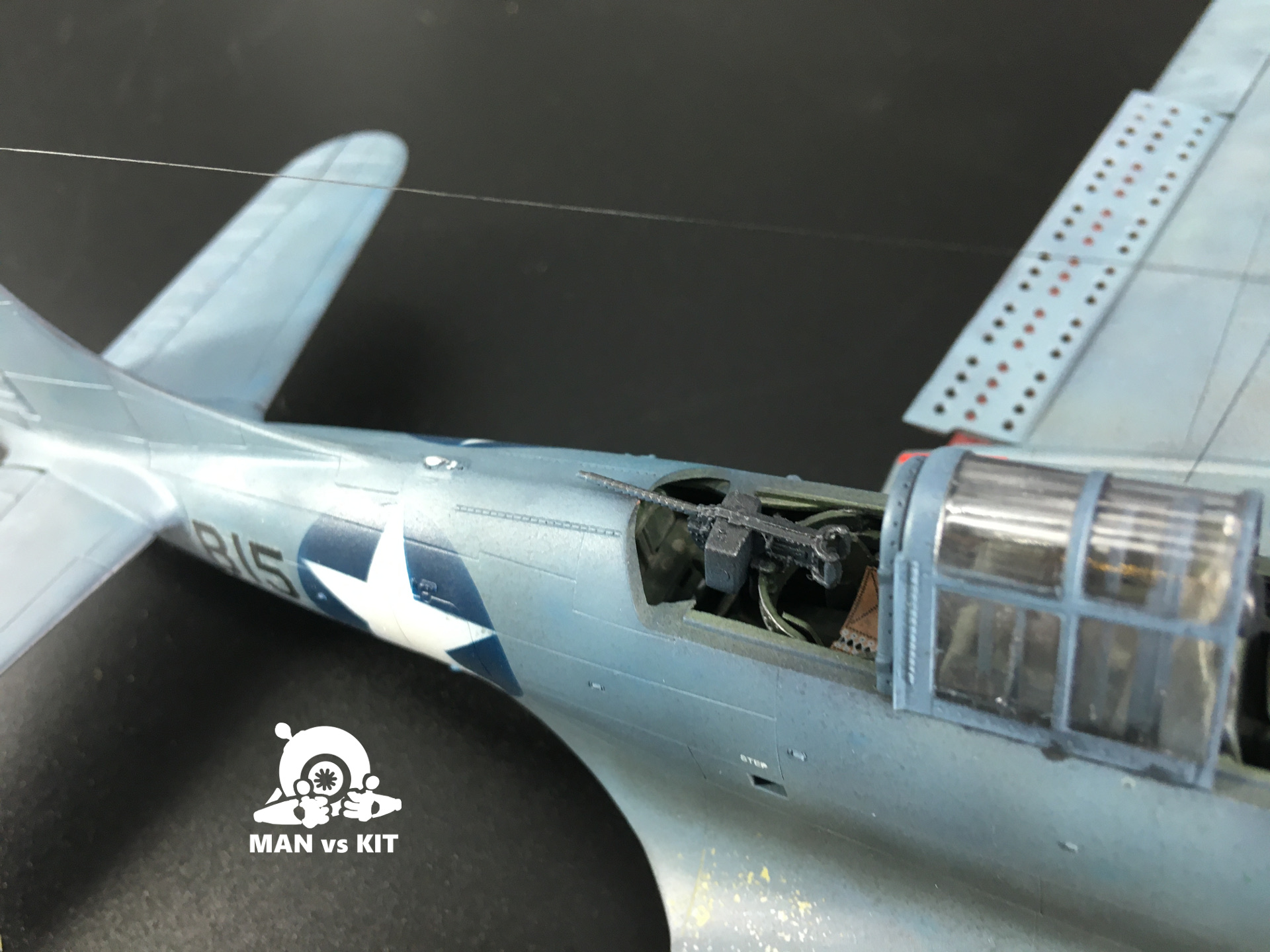 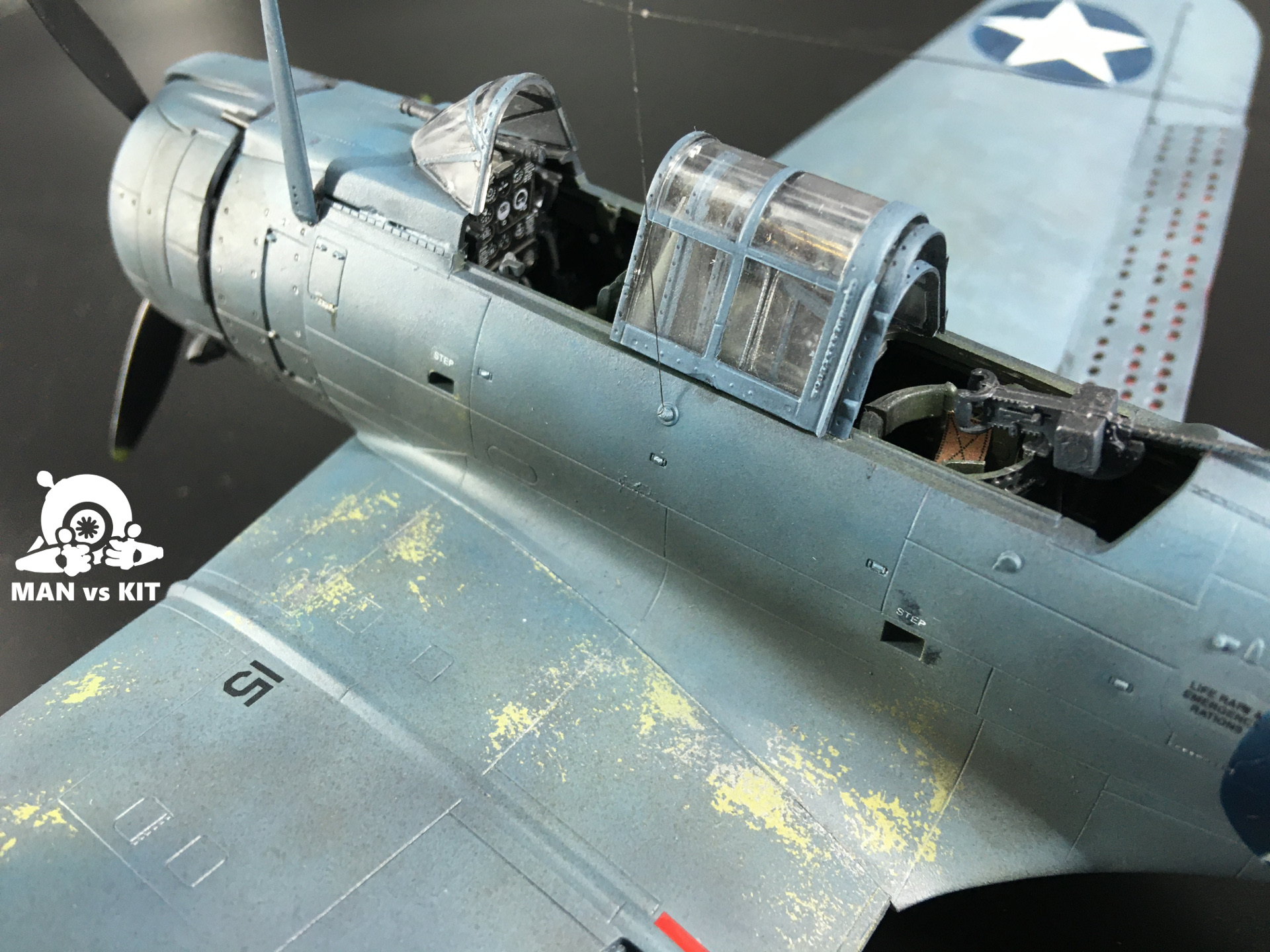 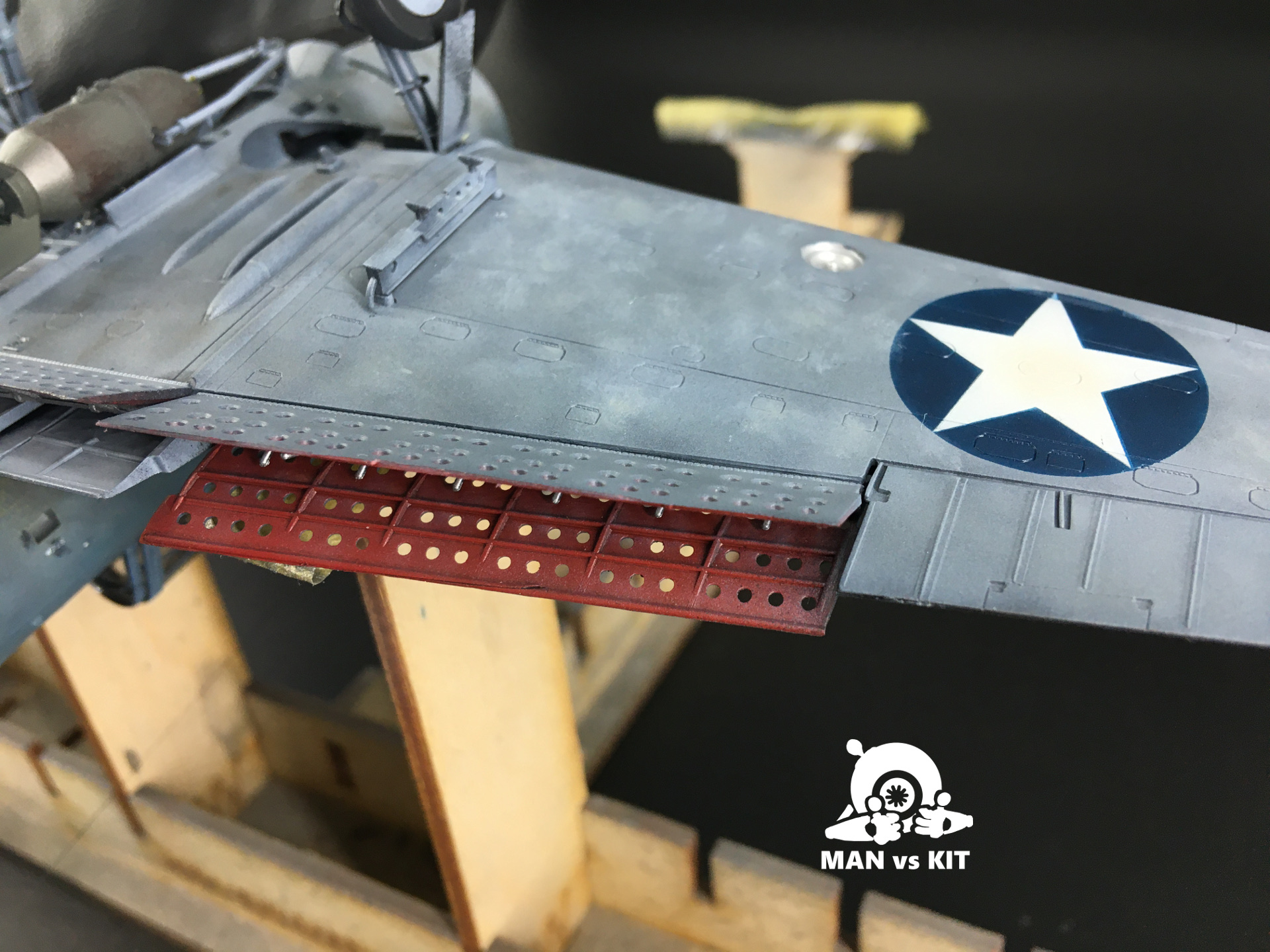 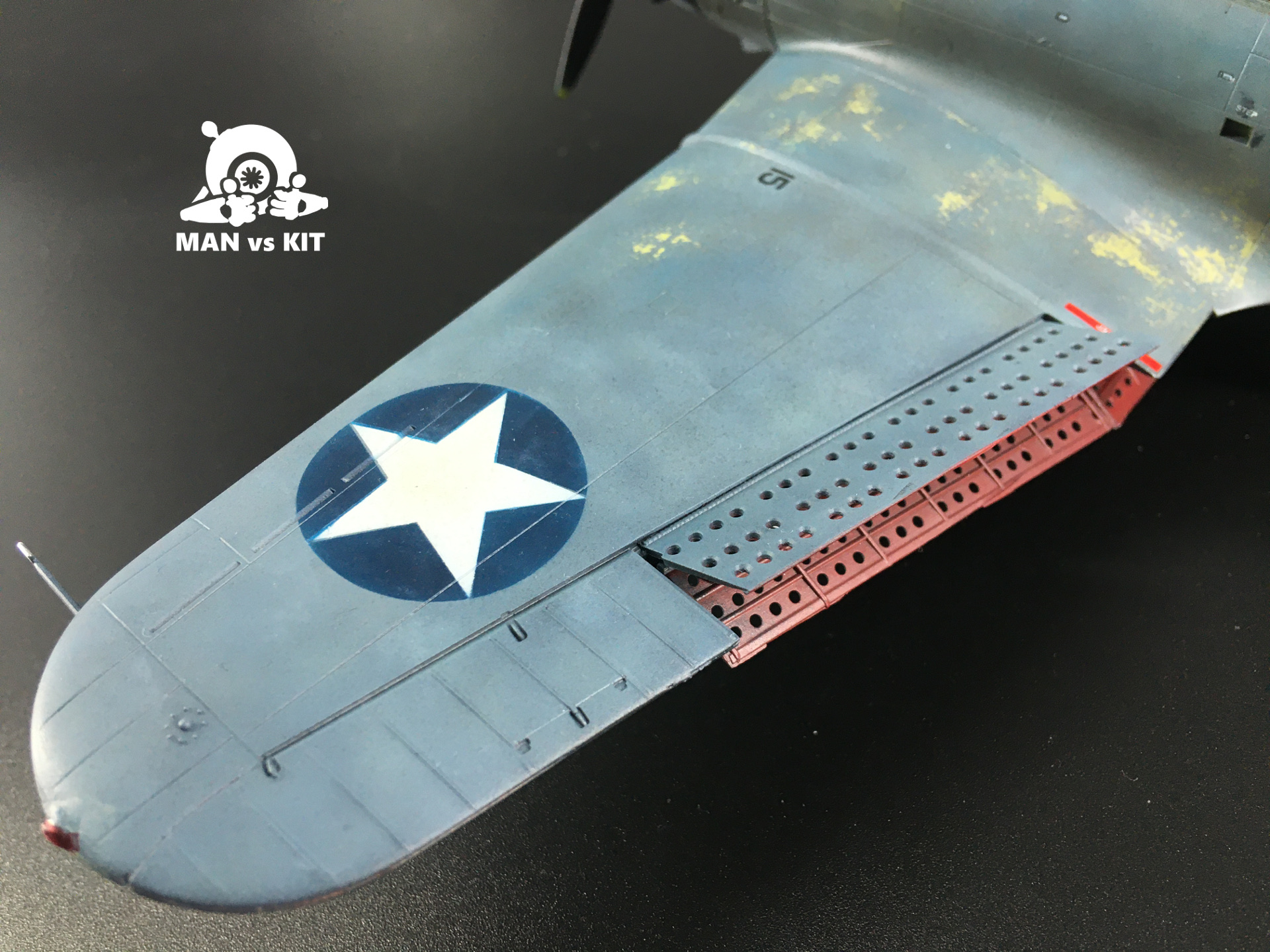 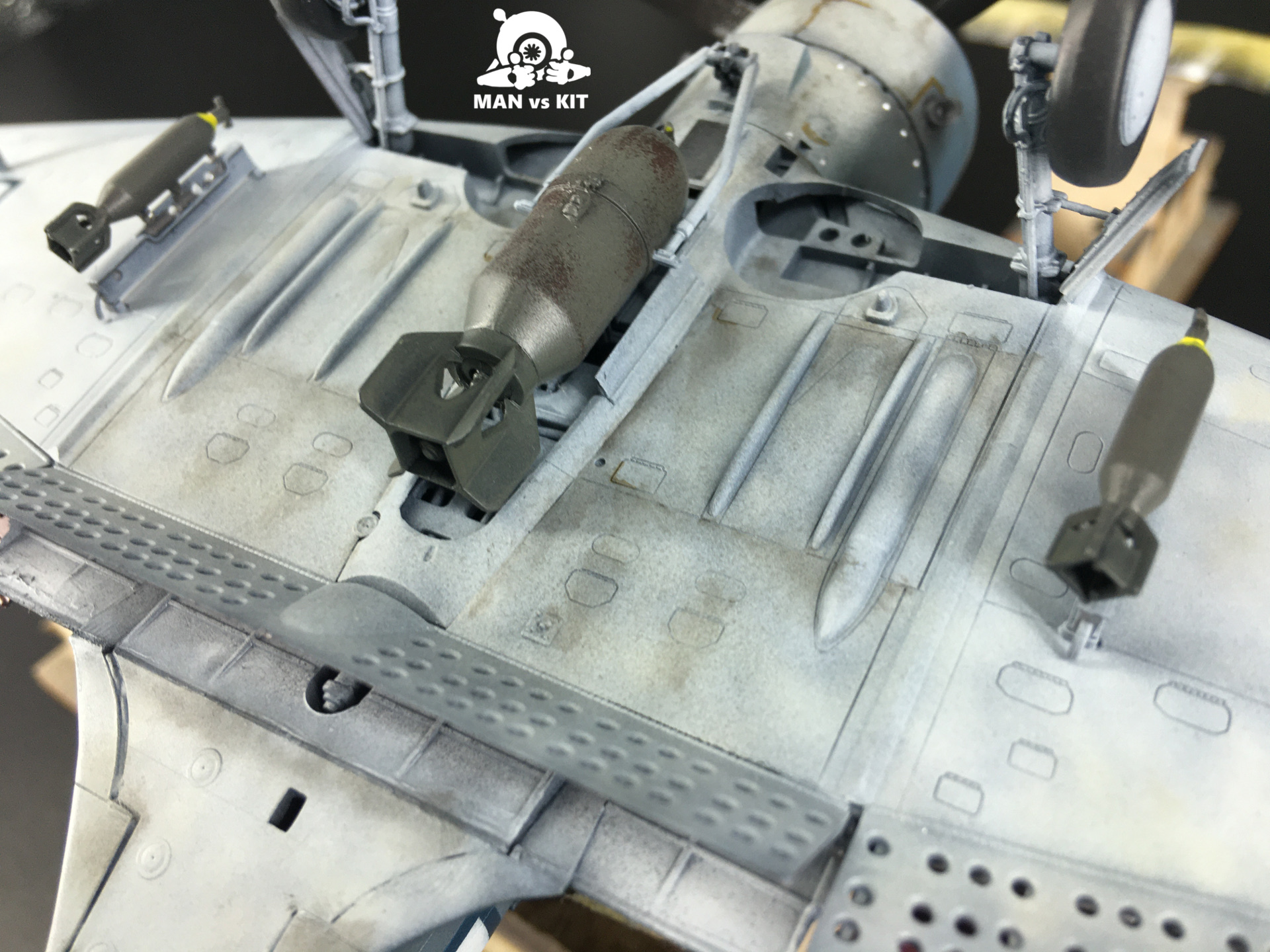 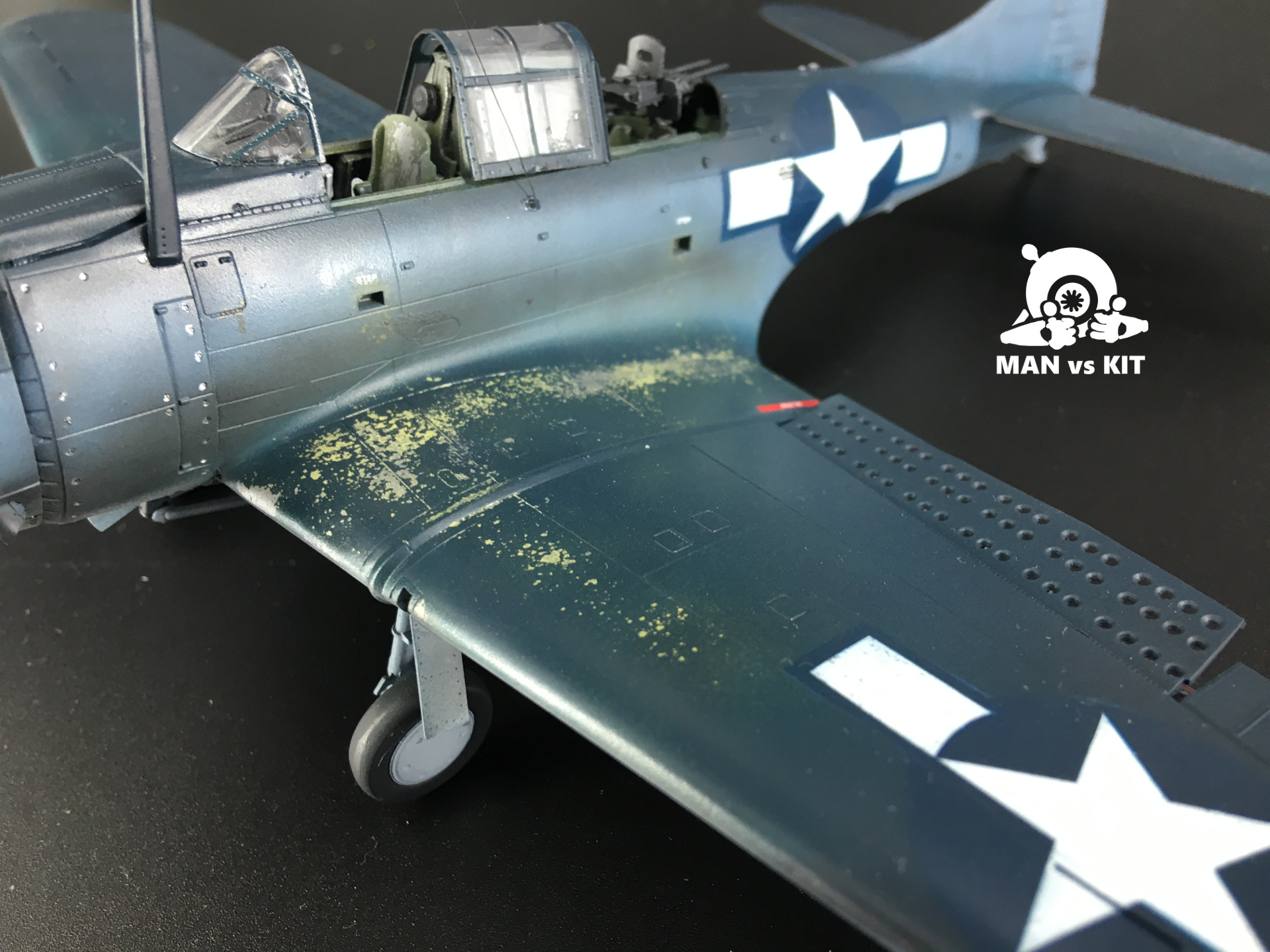 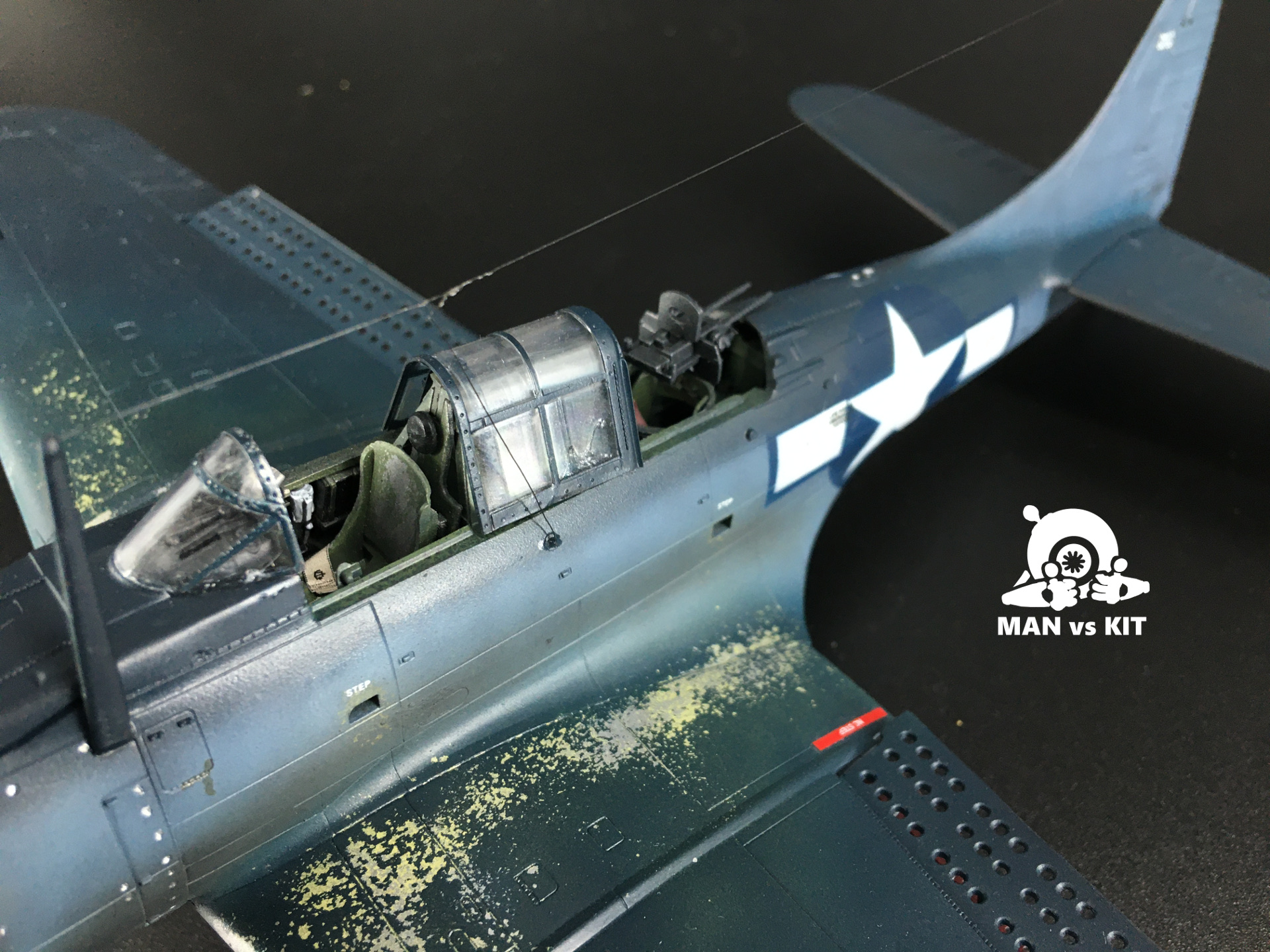 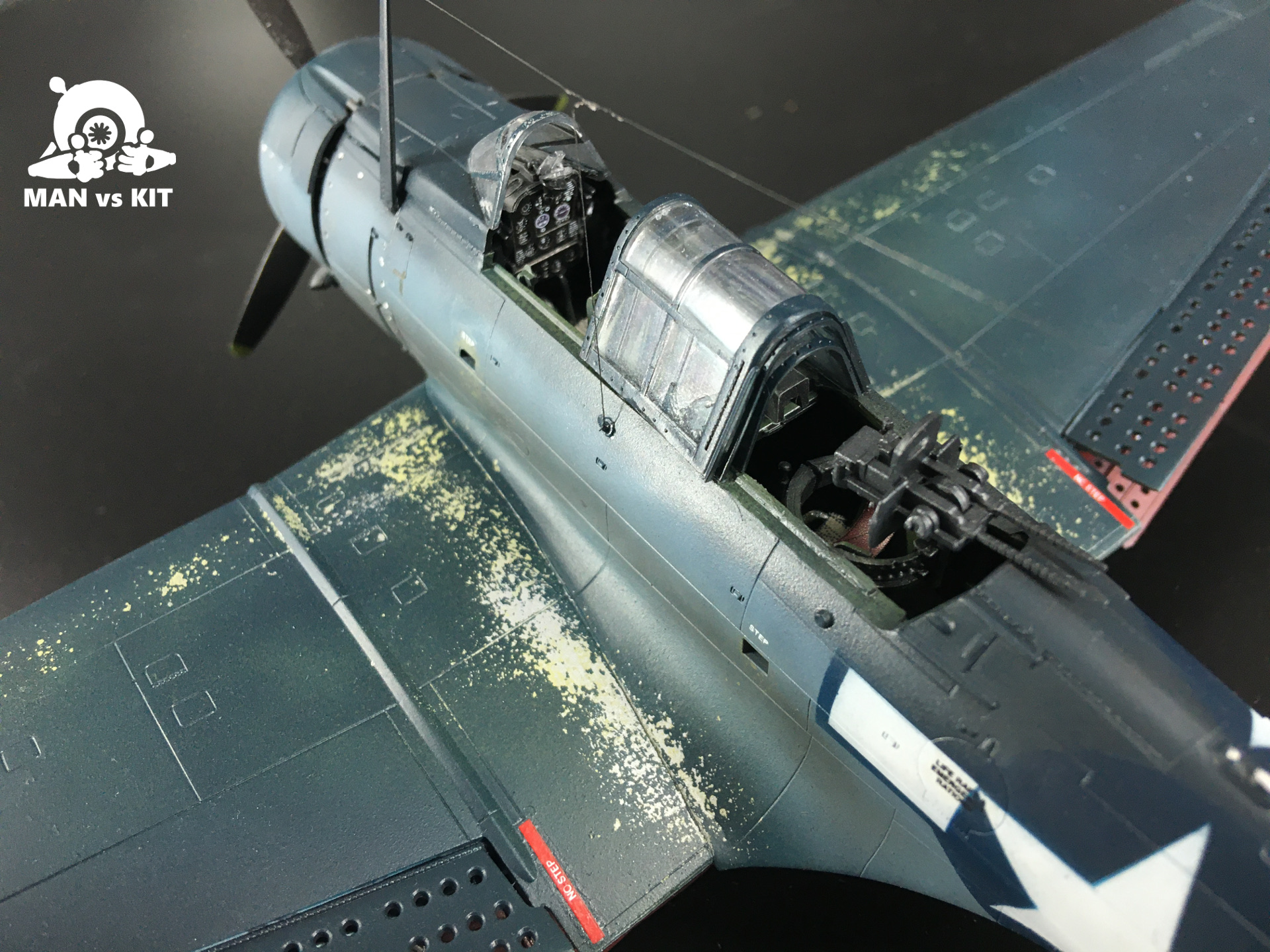 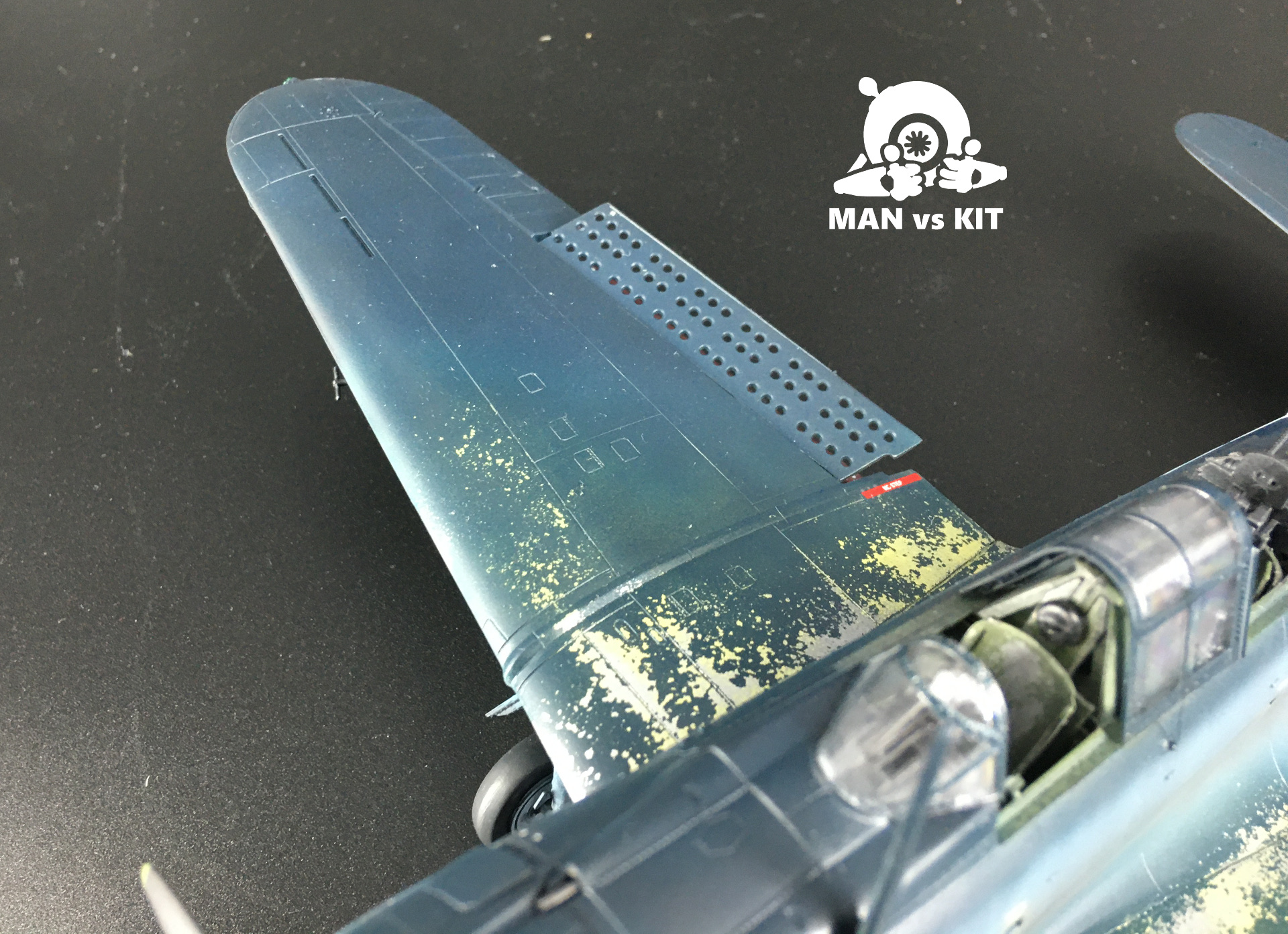 Next article The Journey: One Year On