Airfix’s 1/48 Hurricane is a decent kit with plenty of options.

In mid-1940 the Royal Navy’s Fleet Air Arm had a bit of a quandary: its existing Skua fighters were obsolete and the Fulmar replacement was behind schedule.  Meanwhile the Spitfires that it wanted to replace them with were being held close by the RAF for home defence and the other acceptable alternative was the US Navy’s Wildcat, but with the Japanese on the warpath the USN was buying up every one of those that could be produced in a desperate race to replace its F3F biplanes.

Reluctantly, the FAA accepted modified Hurricane fighters.  This was a reluctant choice because the Hurricane was already deemed obsolete: in fact the only reason any were available was that the RAF were replacing them with Spitfires wherever possible.  The Hurricane was no longer fast enough to intercept bombers, nor powerful enough to contend with the latest fighters.  However it was available and so the FAA would have to make do with it for the foreseeable future.

The Hurricane had never been designed to operate from carriers, and it was not well suited to the task.  It gave poor visibility when landing, and unlike the Seafire or Corsair, didn’t have enough power to fly a curved approach.  Pilots were also concerned about its suspension which was apparently bouncy for trying to catch a wire.  It is worth noting that the US Navy expressed a strong preference for radial engines for carrier work because these were less fragile, having no coolant that could leak, but that was not a concern in this case as both the Fulmar and Seafire used the same Merlin engine as the Hurricane.

As it turned out, however, the Sea Hurricane would perform well enough in its new role.  The high-altitude speed which it lacked was less of a concern for a shipboard fighter that would see most action at low or medium altitudes.  Meanwhile airborne fighters were able to intercept incoming bombers provided the bombers were detected early enough (the Royal Navy’s existing systems were able to meet this) even without a significant speed advantage, because the bombers were approaching a known target.  The Hurricane may have been obsolete, but it remained a decently agile fighter with a heavy (for 1940-41) armament, and success only required harassing incoming aircraft enough that they would abandon their attack, which favoured the defender.

This was another kit that I bought for a group build, this time in Facebook’s “Group Build Group” which had chosen the theme of “Airfix kits”.  This was a concern as I was already struggling through their 1/24 Typhoon (which may get completed someday but currently is yet again on hold, this time because the canopy split into several pieces during painting – it’s been a saga) and I had not much enjoyed that kit.  However, I was informed that this 1/48 Hurricane was considered quite a decent offering and took the plunge.

The kit alternates between trading detail for simplicity, and inexplicably fiendish engineering choices that would vex a good 95% of fiends.  For example, the visible cockpit detail around the top part is limited: there are a few half-hearted dials, the odd blob on a sidewall that is supposed to be a selector, knob, or other cockpit control, and no seatbelt in the kit.  On the other hand, the floor (which is barely visible) is a complex representation of the real thing.  Likewise the landing gear requires several fiddly parts to be threaded through existing assemblies (I’m sure some of this could / should build in a different order) but at least it all goes together in the end.

This kit’s saving grace is the ability to build any of the 8-gun variants out of the box.  This is the tropicalised boxing with the larger air filter, but as I have Trumpeter’s 1/24 tropicalised fighter with the 40mm cannon I decided to go with a naval variant.  The kit provides lower rear fuselages for the tailhook or normal, normal or tropicalised air filters, de Haviland or Rotol propellers (and spinners), and the little catapult fittings to make a “Hurricat” which was the variant put on merchant ships as a single-shot air defence fighter.  That variant, incidentally, was one of the single most effective convoy weapons as it neutralised the Fw 200 Condor bombers which had been sinking tonnage on par with the U-boats.

The only addition I made to the kit was a HGW fabric seatbelt.  I think I’m finally getting the hang of these, and even with the canopy closed it adds a nice touch of realism to the cockpit.

One nice feature is that although Airfix provides gun bay detail, this is presented as an option which doesn’t cause complexity if not taken.  That is because you have to cut out the wing panels to open the bays, as opposed to many kits which require you to carefully close them (usually making them not sit right in the process).  It’s a simple choice but one I really appreciate.  Likewise, providing both open and closed canopies was a nice touch, though sadly neither fit very convincingly.

Detail is generally nice enough, with reasonably fine panel lines and some nice raised details that represent the large fasteners around the engine.  More rivet detail would have been nice on the metal wings but it compares well with Tamiya’s lovely 90s kits.

My only real gripe with this kit is the surface texture.  It has a horrible graininess that I think is an artefact of erosion tooling, but this can be polished smooth in the mould if companies will pay for it.  Ironically enough, this is actually made worse by the nice raised details: grainy texture can be laboriously sanded down without doing much damage to scribed details, but this will erase raised detail.

I was however quite happy with the fit of the major parts which only produced a small seam or step to remove. 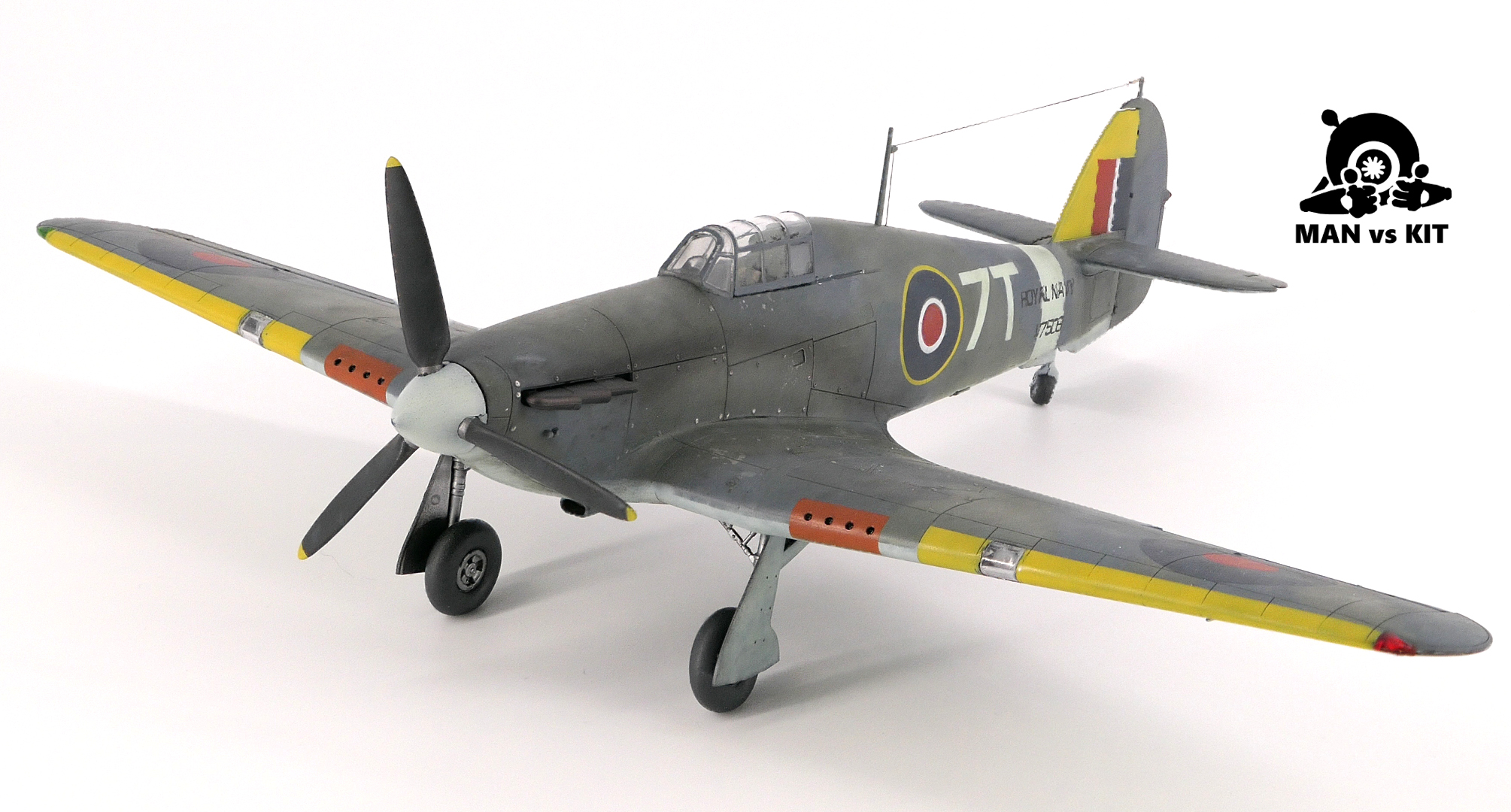 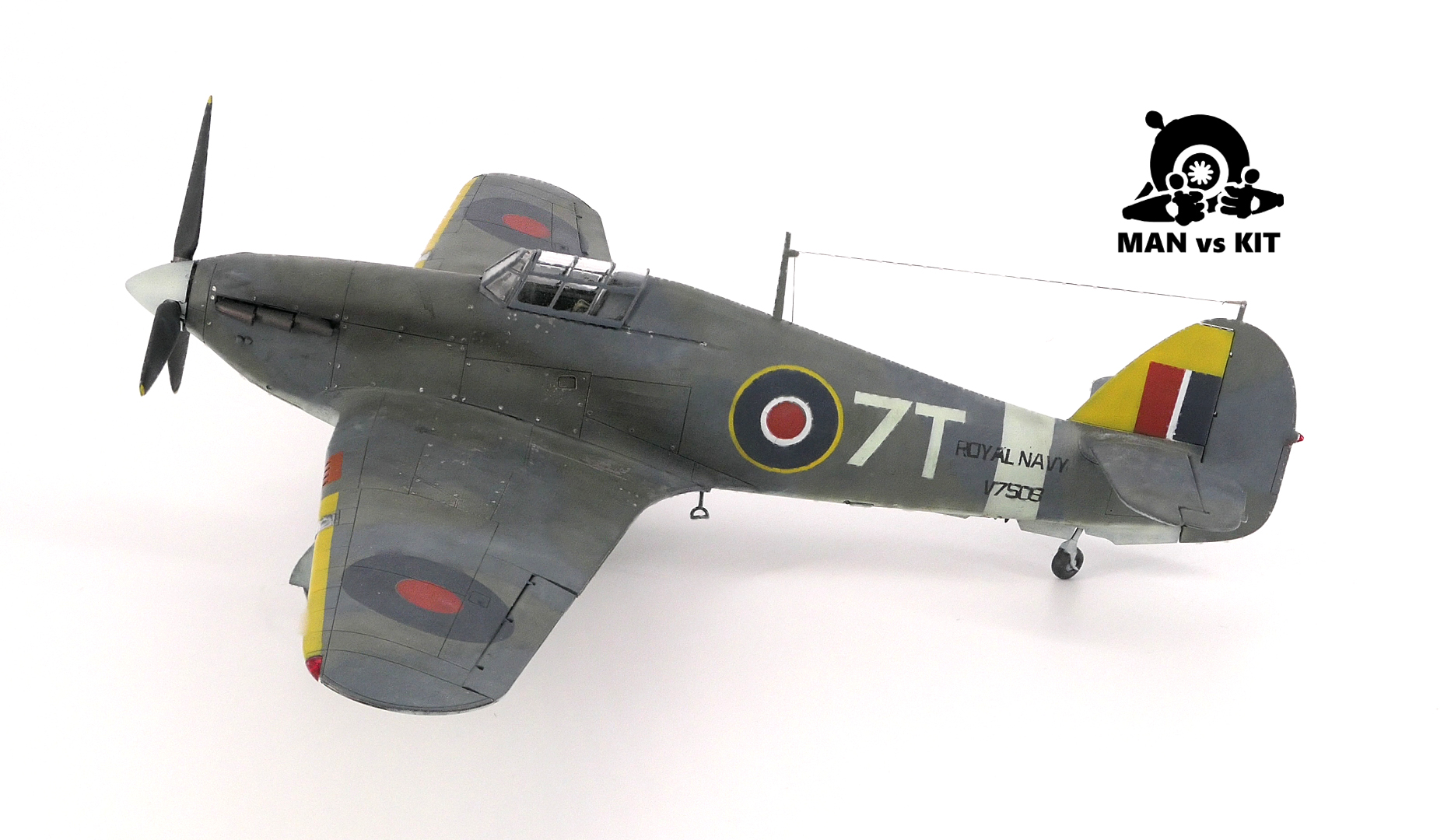 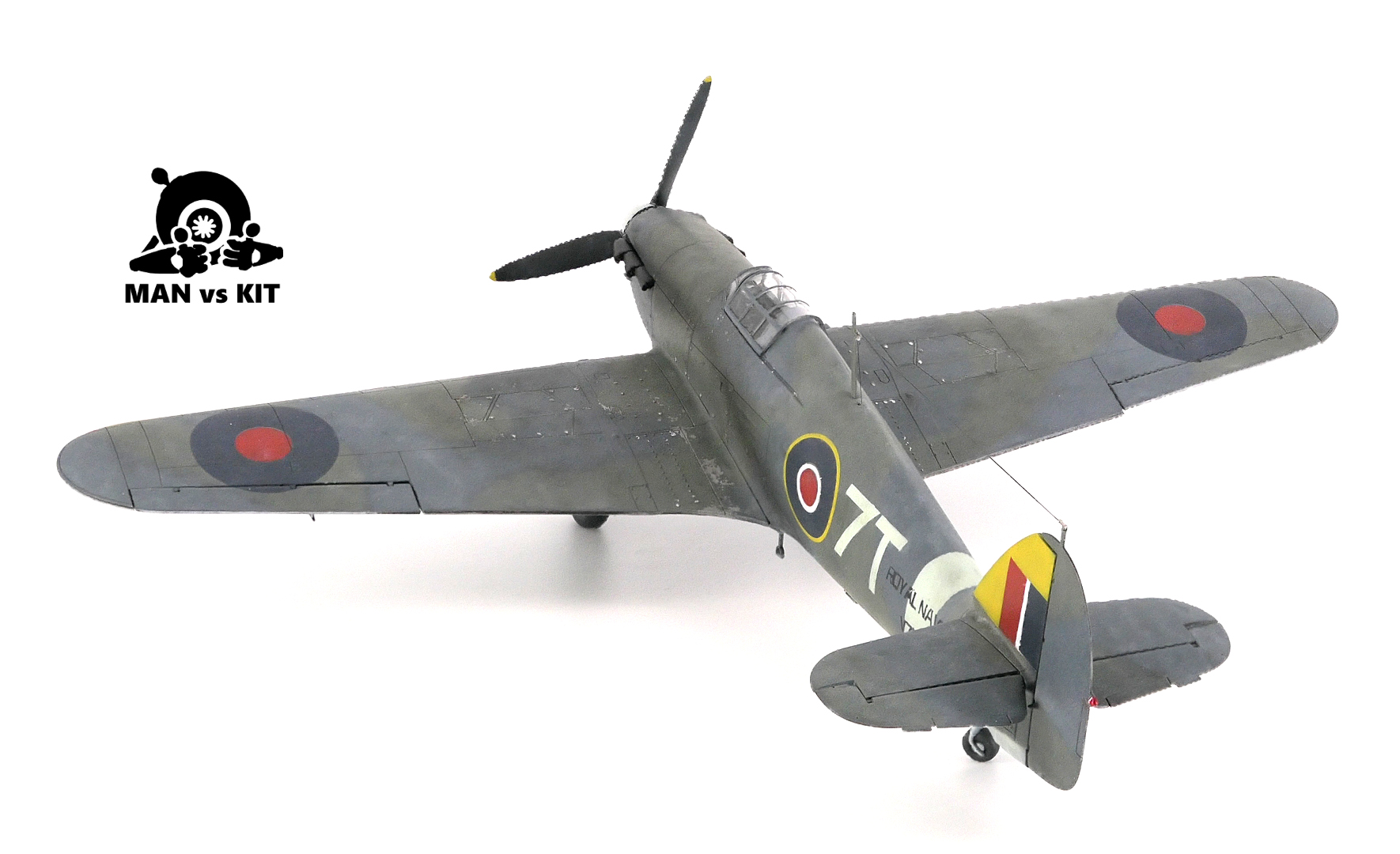 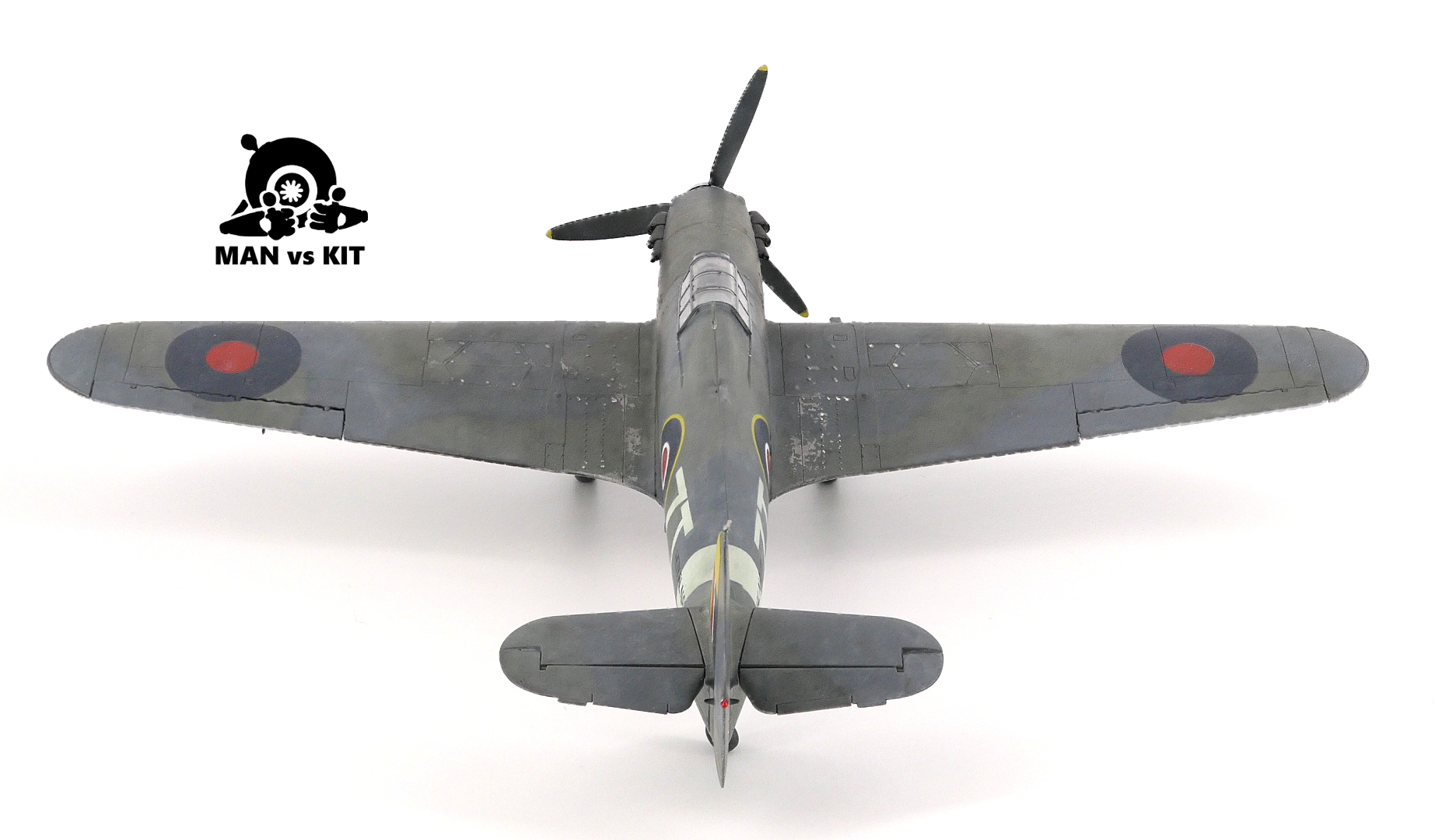 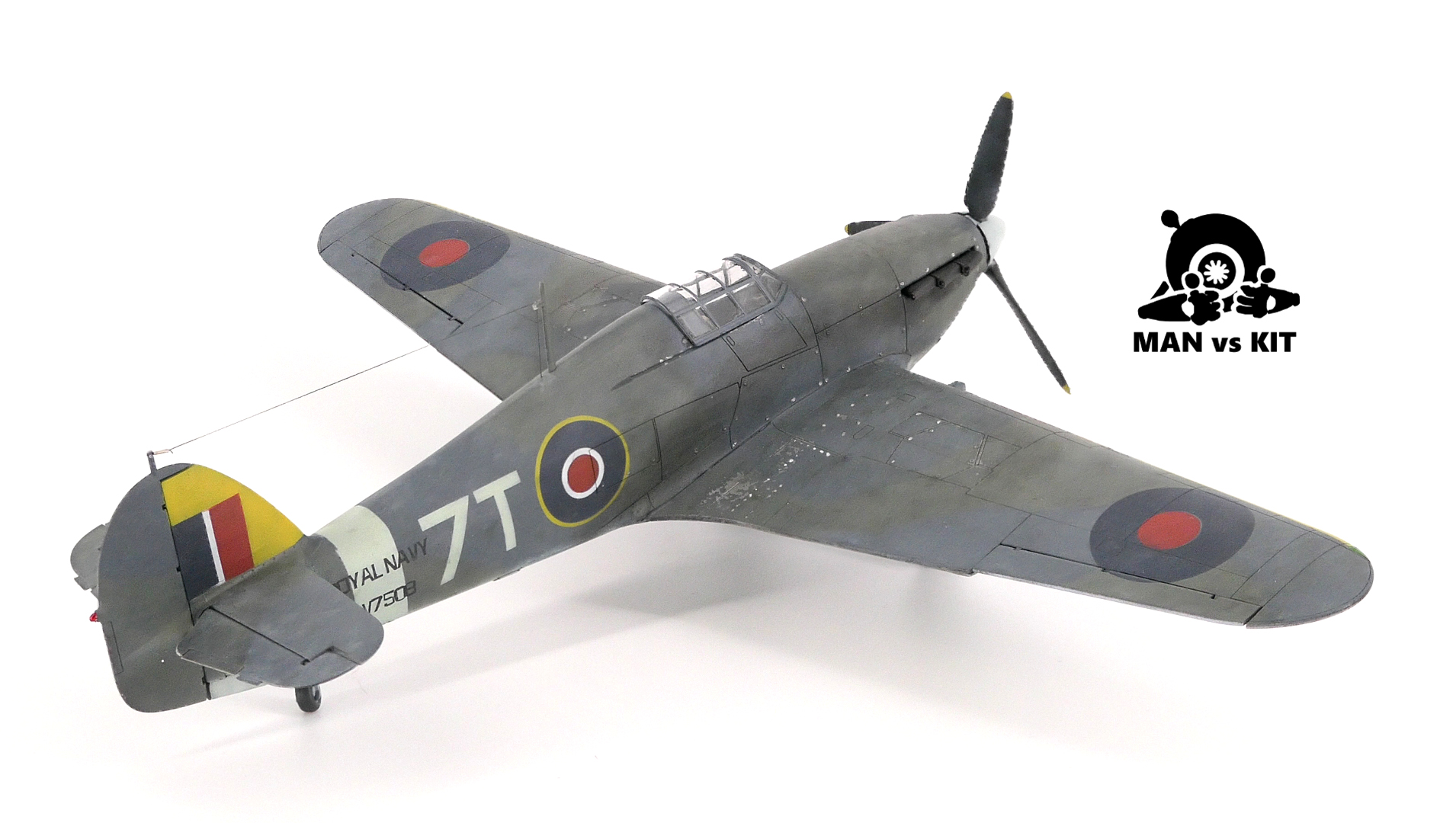 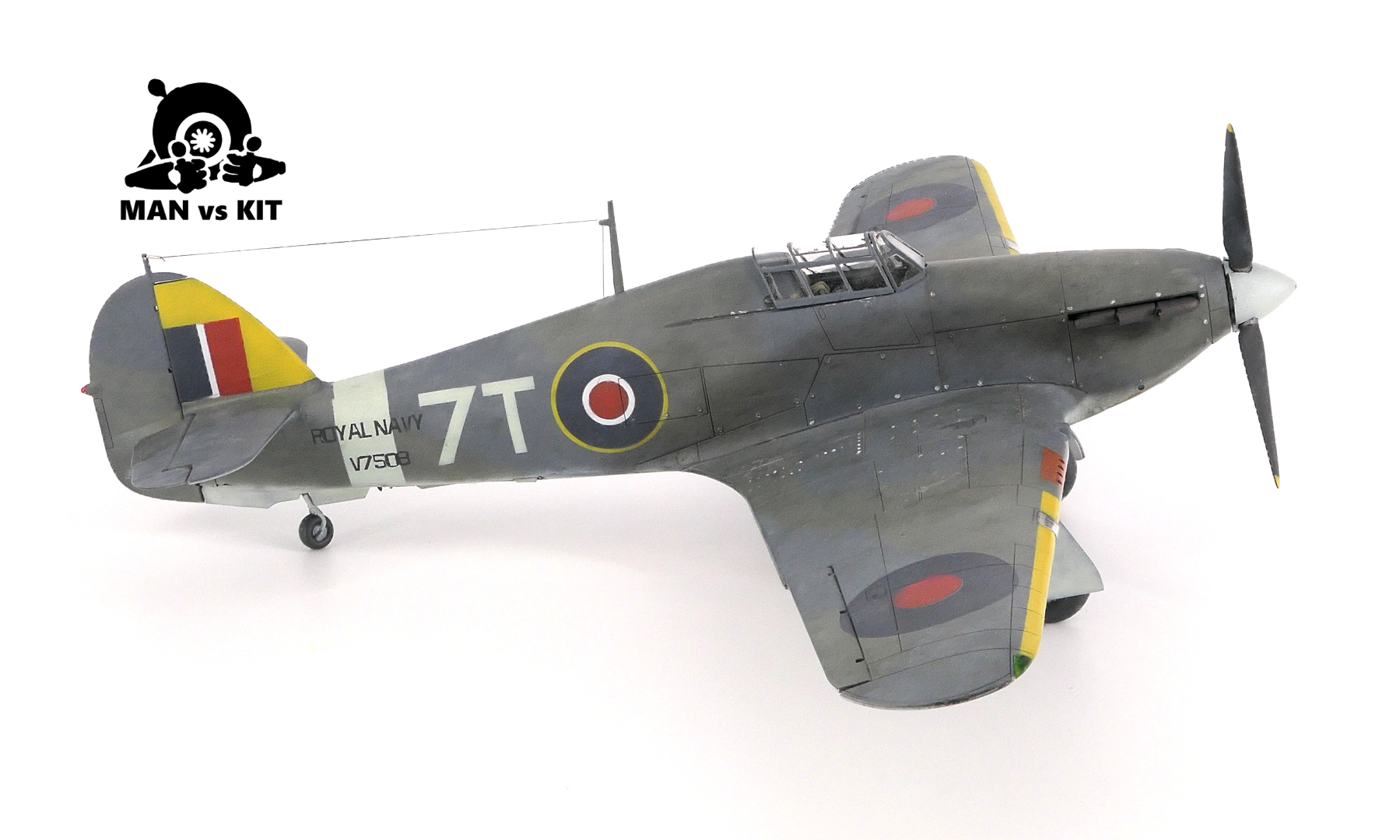 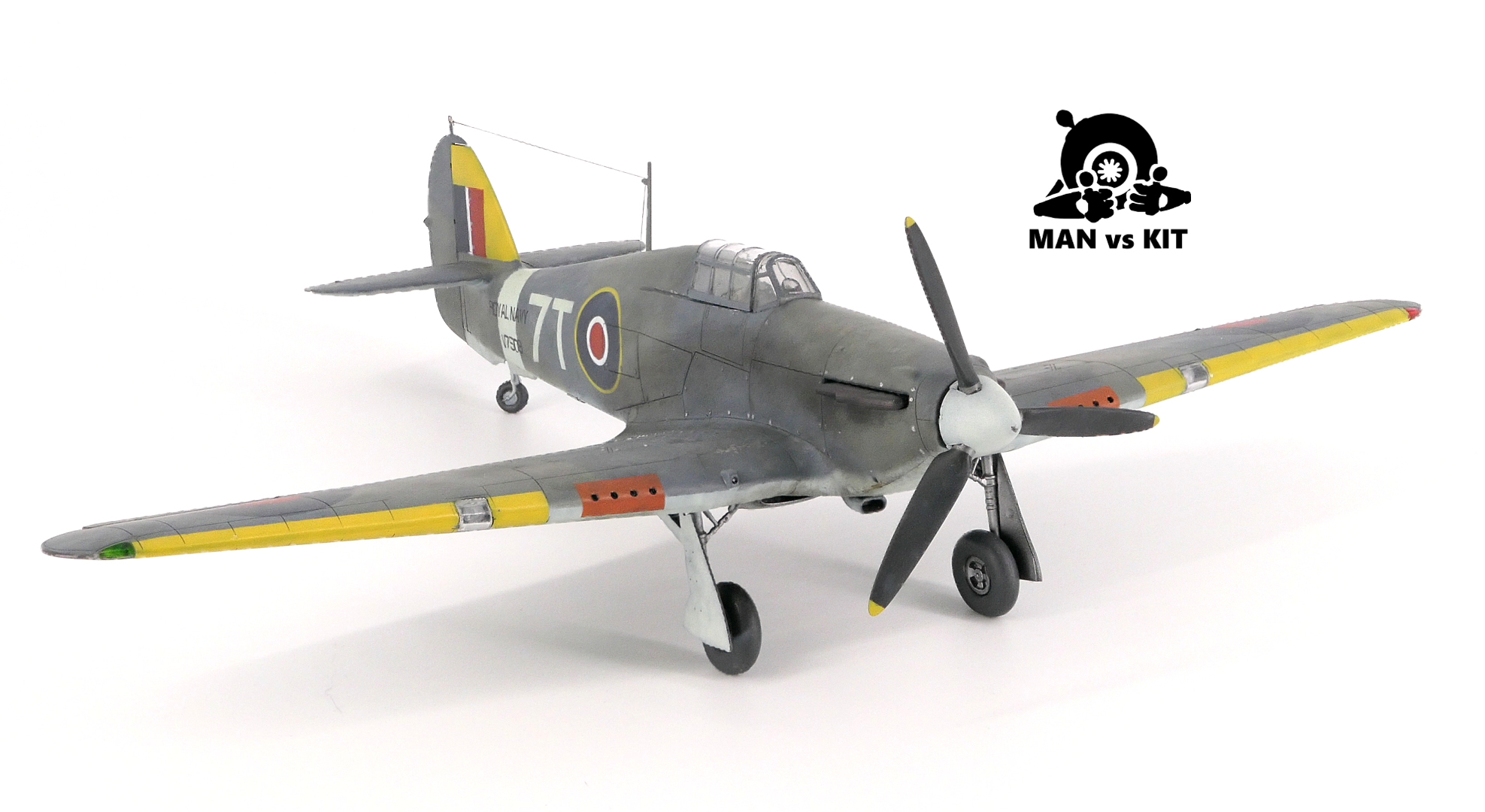 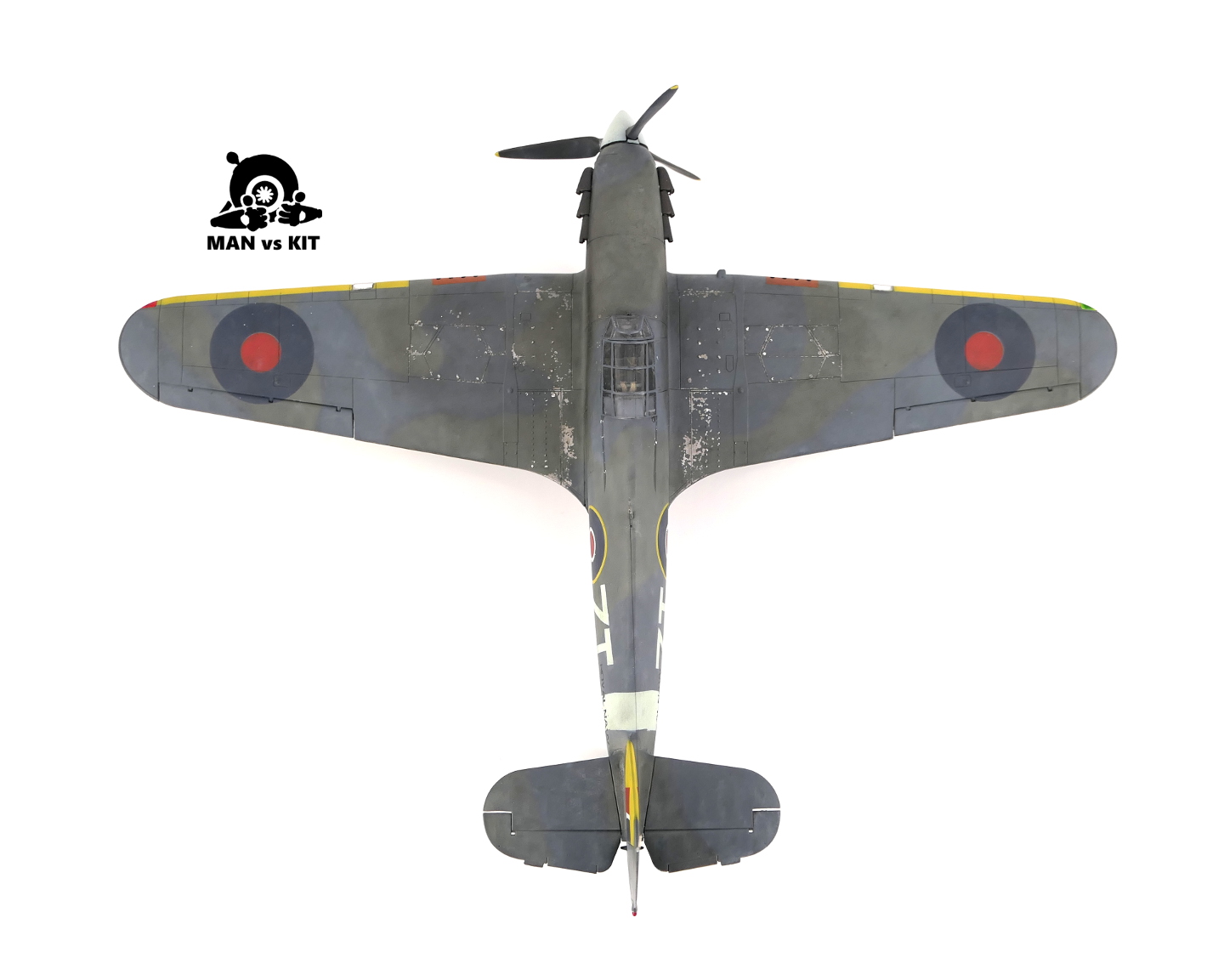 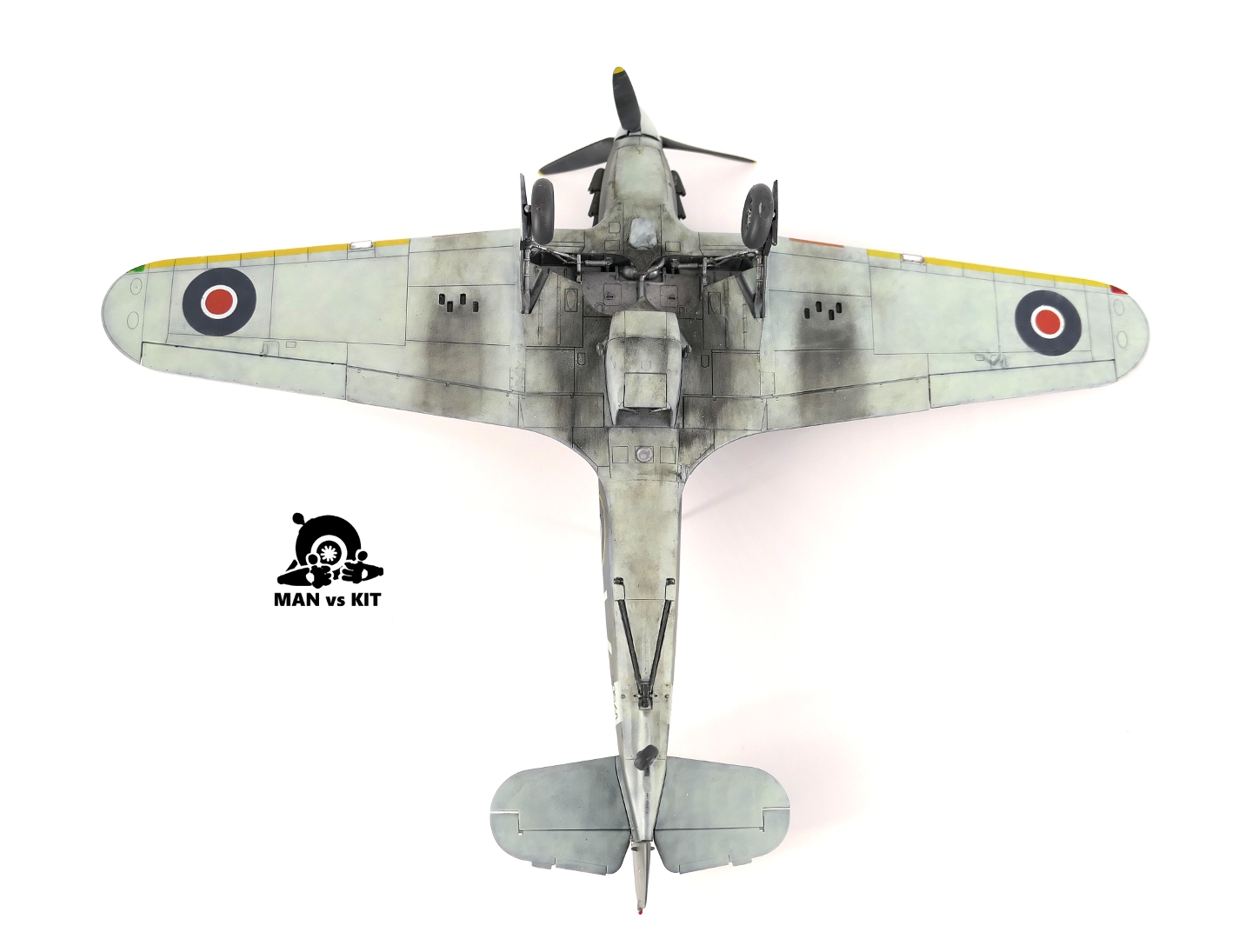 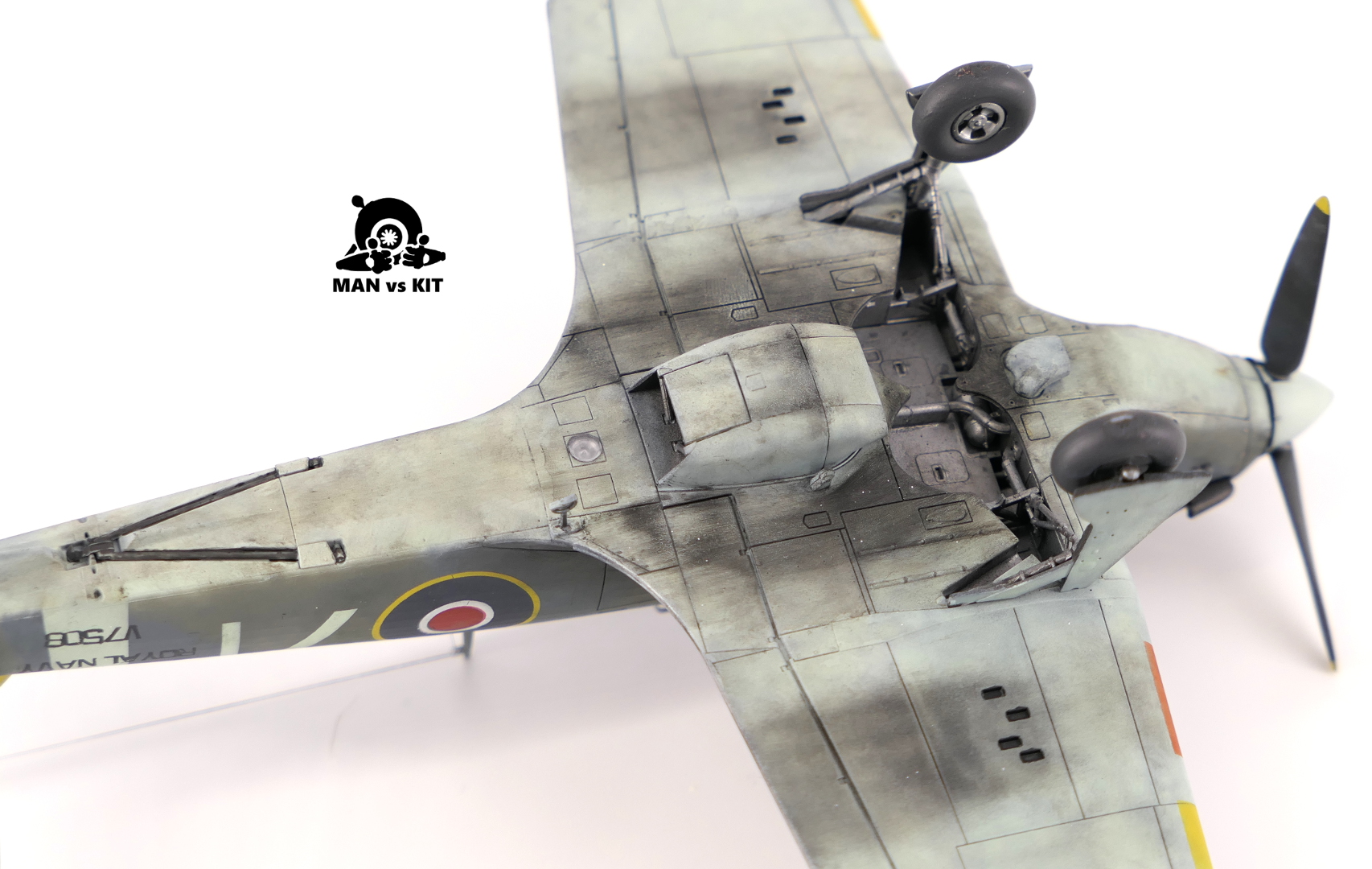 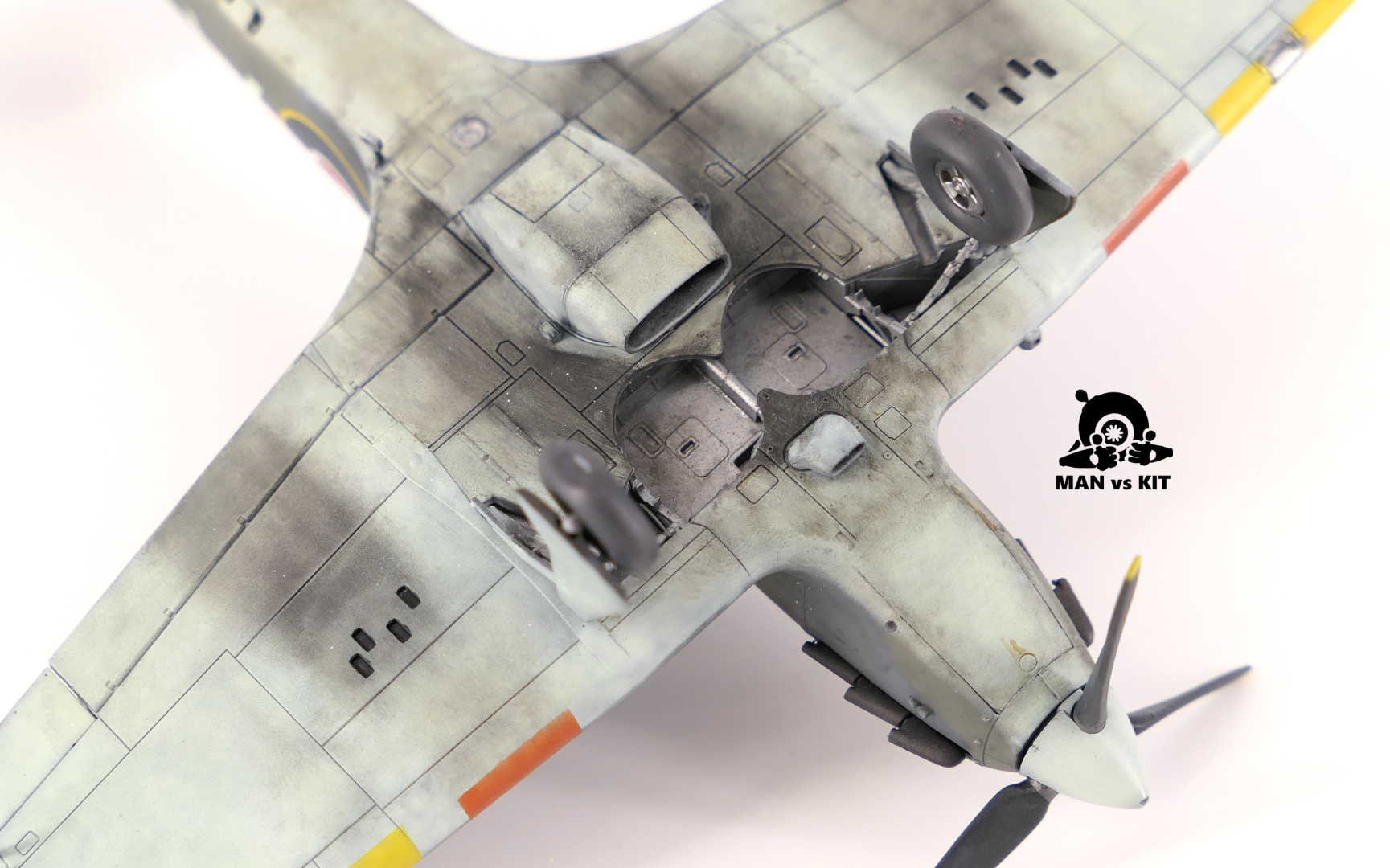 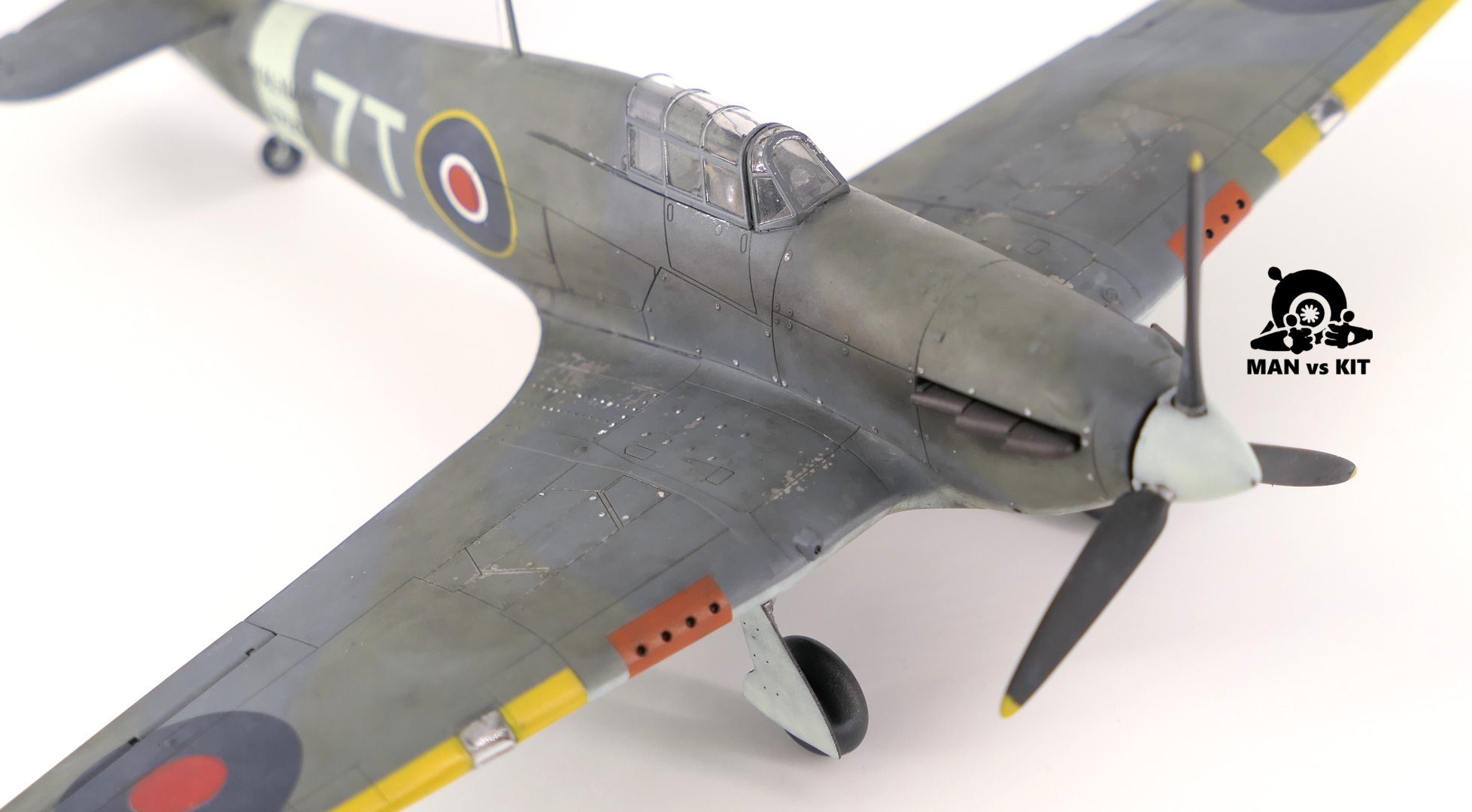 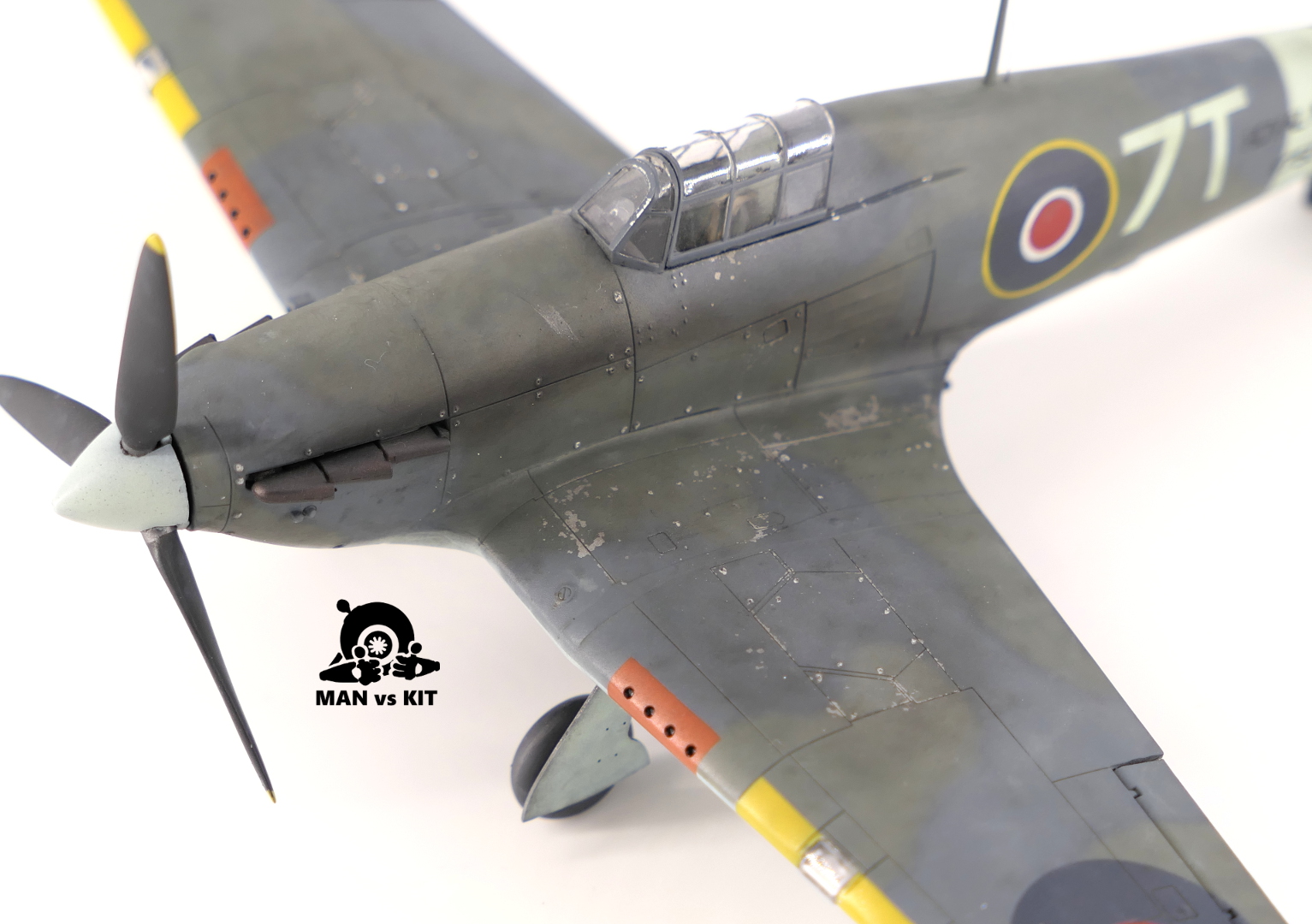 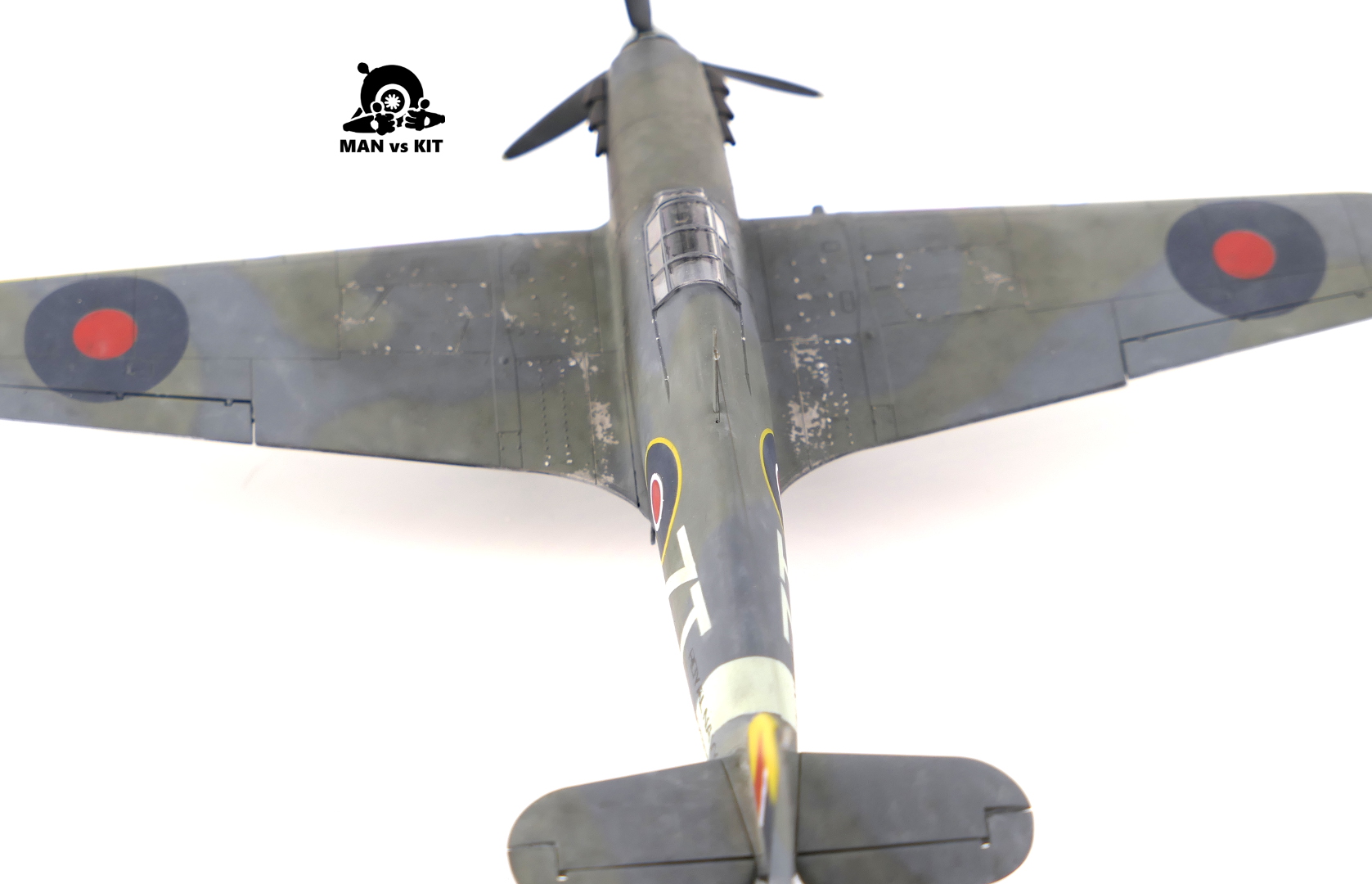 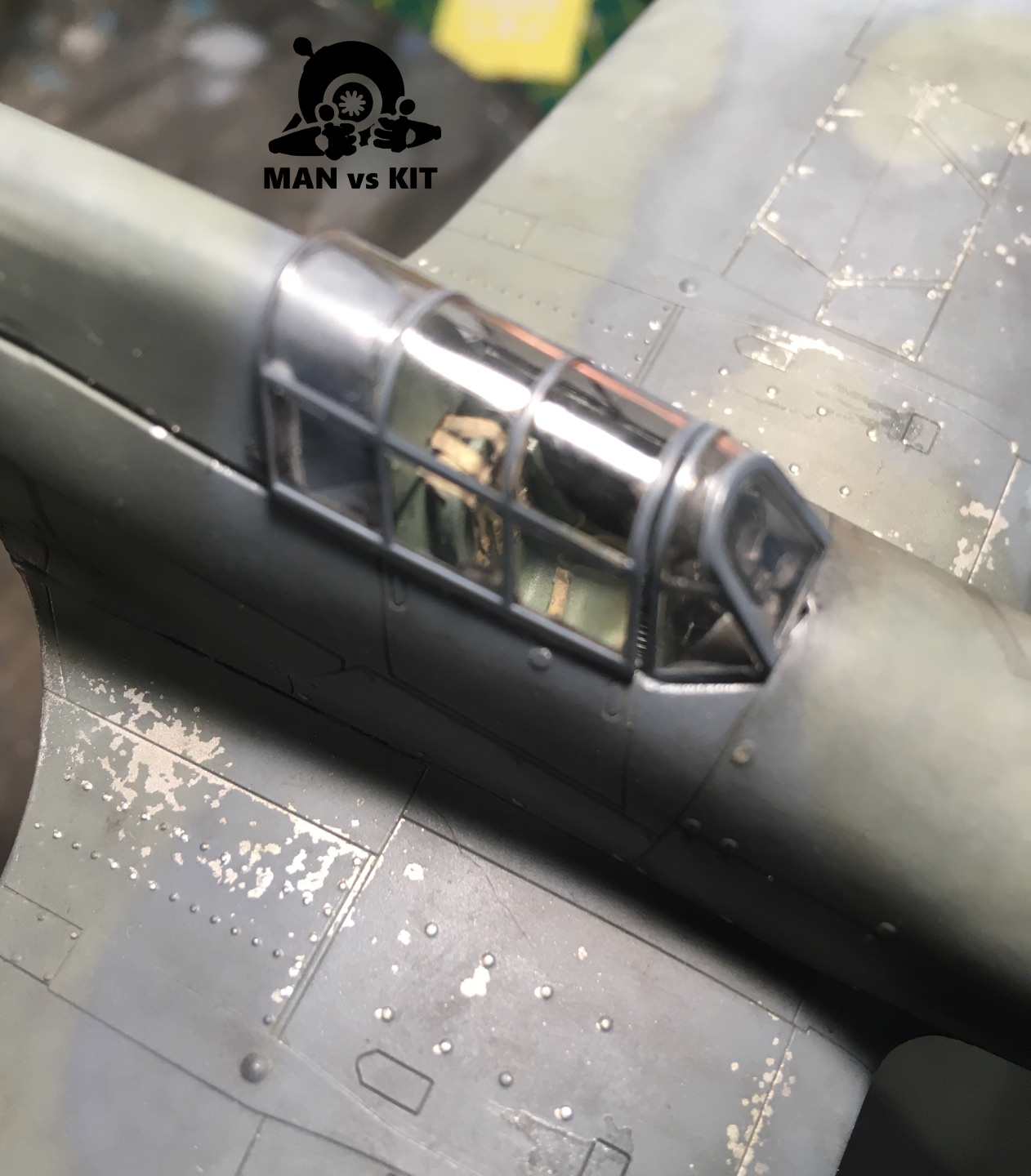 Excellent Hurricane and HKM B17, love the weathering