Border’s Bf 109G-6 is a strange kit: it has a lot of promise, but it is let down by a focus on gimmicks over excellence, and failing to think through what matters.

Fit: 4.5/5 Very good, and makes a big difference on a kit with very limited locating points

Engineering: 3/5 The parts breakdown is reminiscent of Eduard’s old 1/32 Emil.  Pre-drilled holes for the underwing armament make a clean build a hassle.  Minimal locating points throughout.

Detail: 4/5 Very nice, and a lot is supplied straight from the box

Accuracy: 4/5 It’s a Bf 109, you know someone will complain about something.  For most of us it seems pretty good.

There are quite a few mislabelled parts, which requires the modeller to look closely at the piece depicted to figure out what should be used.  Fortunately the instruction drawings are detailed and this is usually possible.

The biggest problem in this kit is the gunsight transparencies.  They are moulded in grey plastic.  Ergo, the problem with the transparencies, is that they aren’t.  Now, I know that Border provided a clear and grey version of their clear sprue, but this part isn’t on it.  My best guess is that someone looked at the parts list, saw that this is a duplicated part, and decided it would be smart to save money on a mould cavity by putting it on a duplicated sprue, just without engaging brain at any point in the process.

To my mind, this is an unforgivably stupid and user-hostile piece of kit design.  I know that some of you reading this will not agree: you might think that this doesn’t matter because you can just make another.  That’s fine: you are entitled to your opinion.  I disagree, because in my opinion the job of the kit manufacturer is to provide you with a functional base kit, and an opaque gunsight is not a functional part.

Put it like this: when you buy a car, you can choose to buy aftermarket wheels.  You might think these look nicer or work better, but the car will work just fine with the stock ones.  This is the equivalent of buying a fancy aftermarket gunsight for the kit.  However, if the car came with a concrete square instead of a wheel, you wouldn’t say, “that’s fine, you can just buy aftermarket wheels, or angle-grind the concrete down.”  No one would say that.

I was disappointed that no instrument panel decals are provided with the kit, despite having a very nice panel.  A few little dials would not have been hard to do, and would have made a big difference here.  Instead, you might be wanting to investigate the dials at anyz.io which are very nice.

Another odd lack in this kit is that no colour callouts are given.  This is especially problematic in the cockpit, but also affects the gear bays.  Meanwhile, the instructions provide a whole bunch of aircraft colour profiles, most of which are not catered for by the kit decals.  Even those profiles which are relevant don’t tell you which aircraft might want a fuel tank, gun pods, or rockets.  The kit provides very few stencils, and some markings (like the “Christl” name on my model) are significantly oversized.

The kit has very few locating points, which is at least compensated for by very good fit throughout.

Overall, this is a good effort, but it is let down by a lack of thinking the product through. 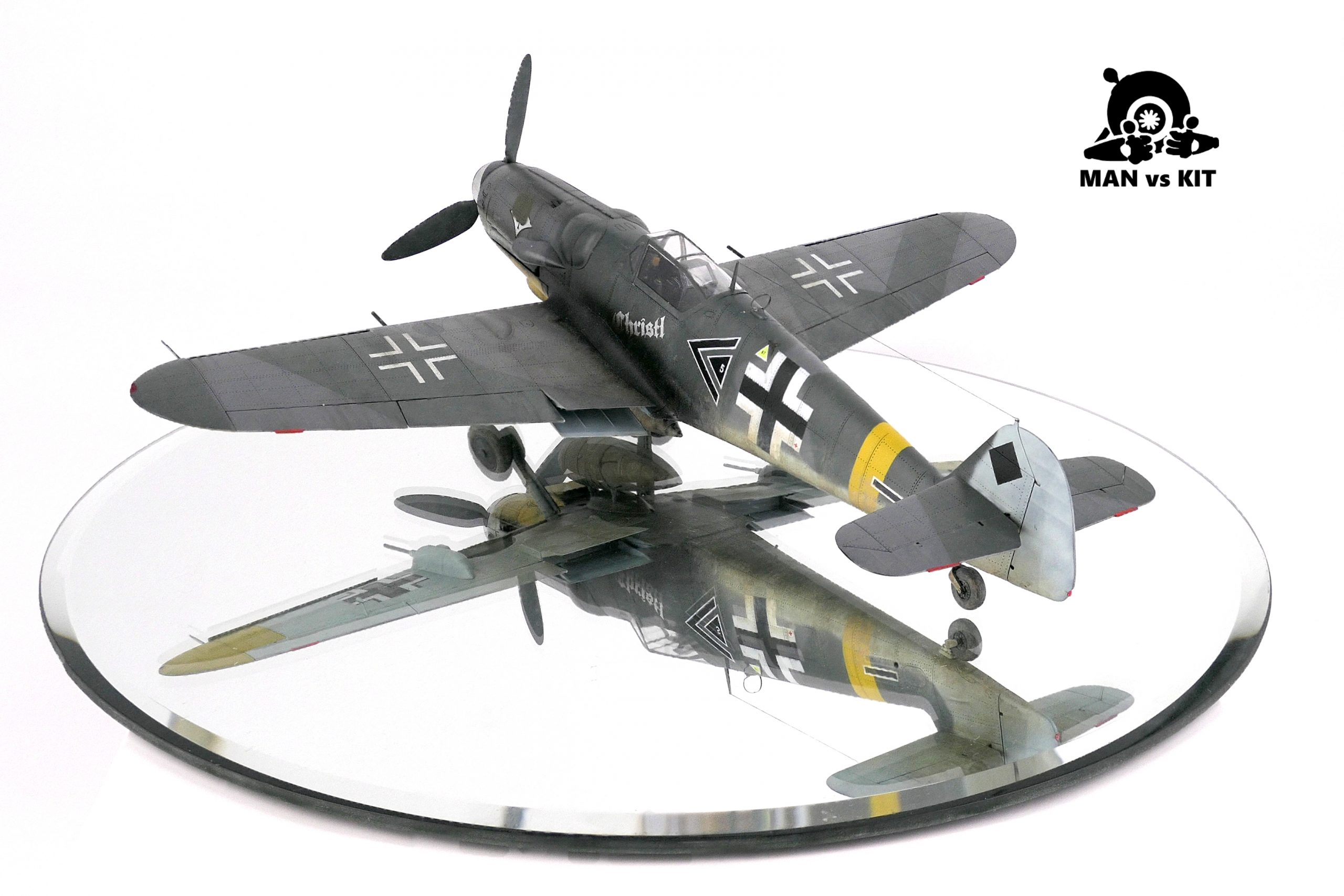 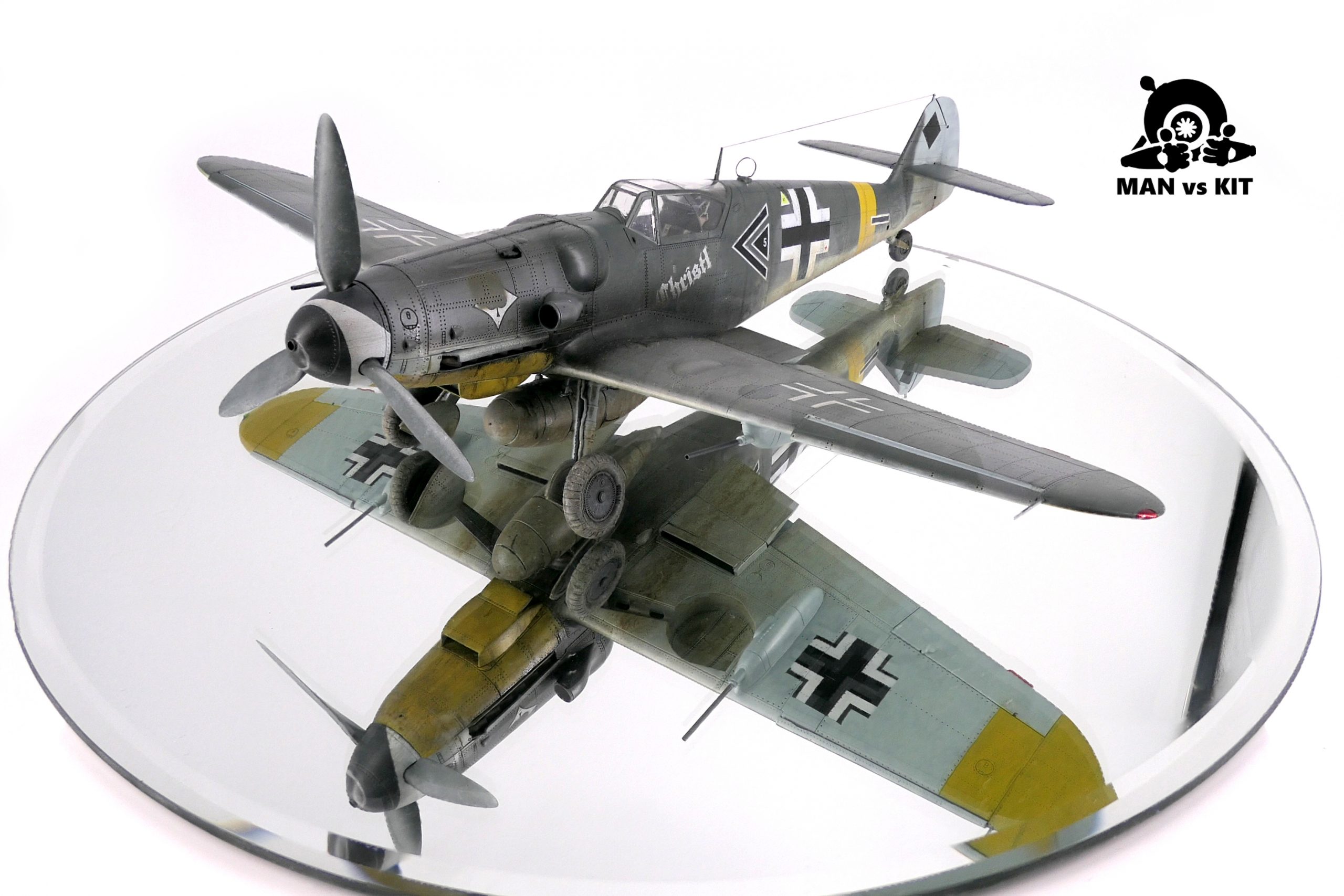 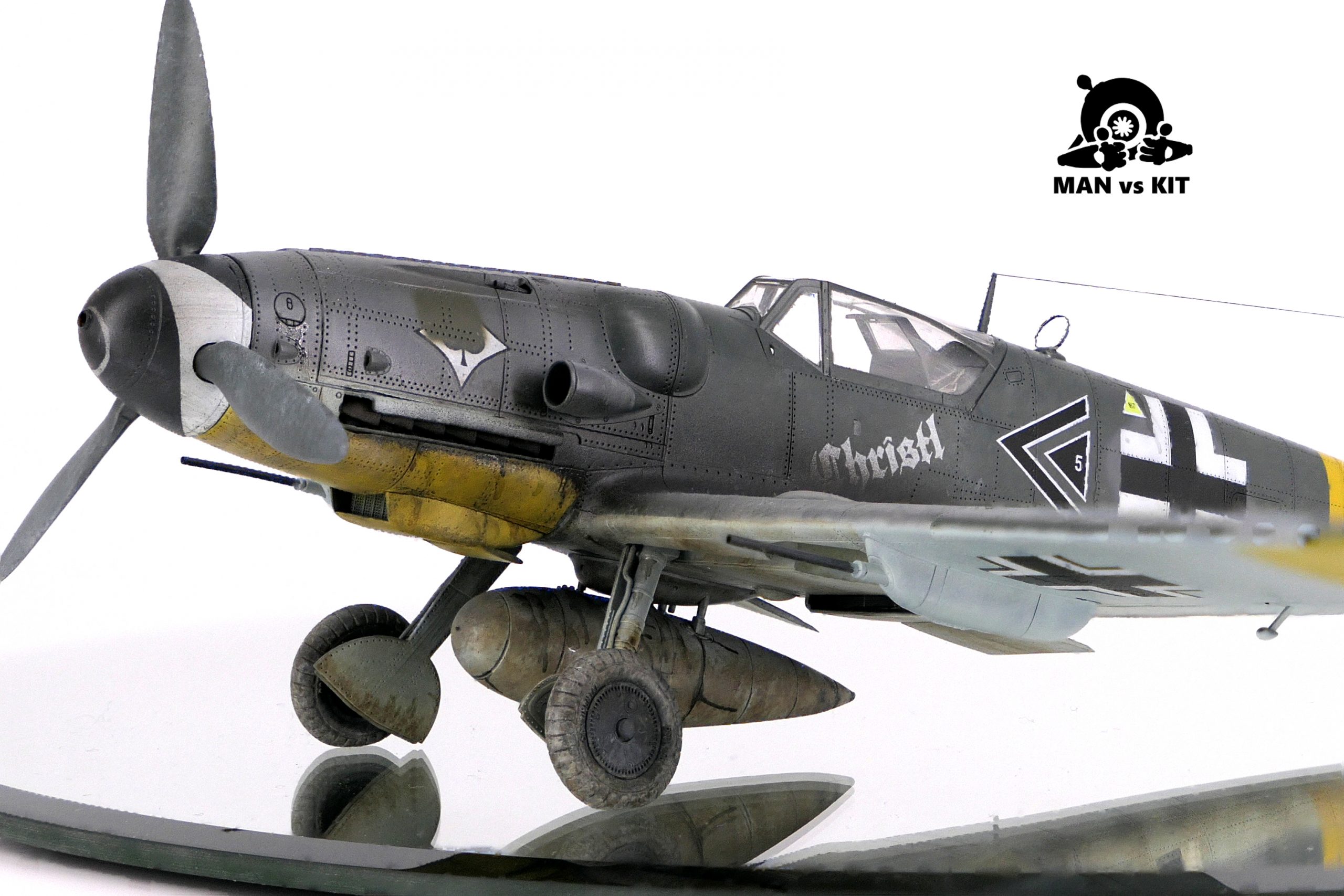 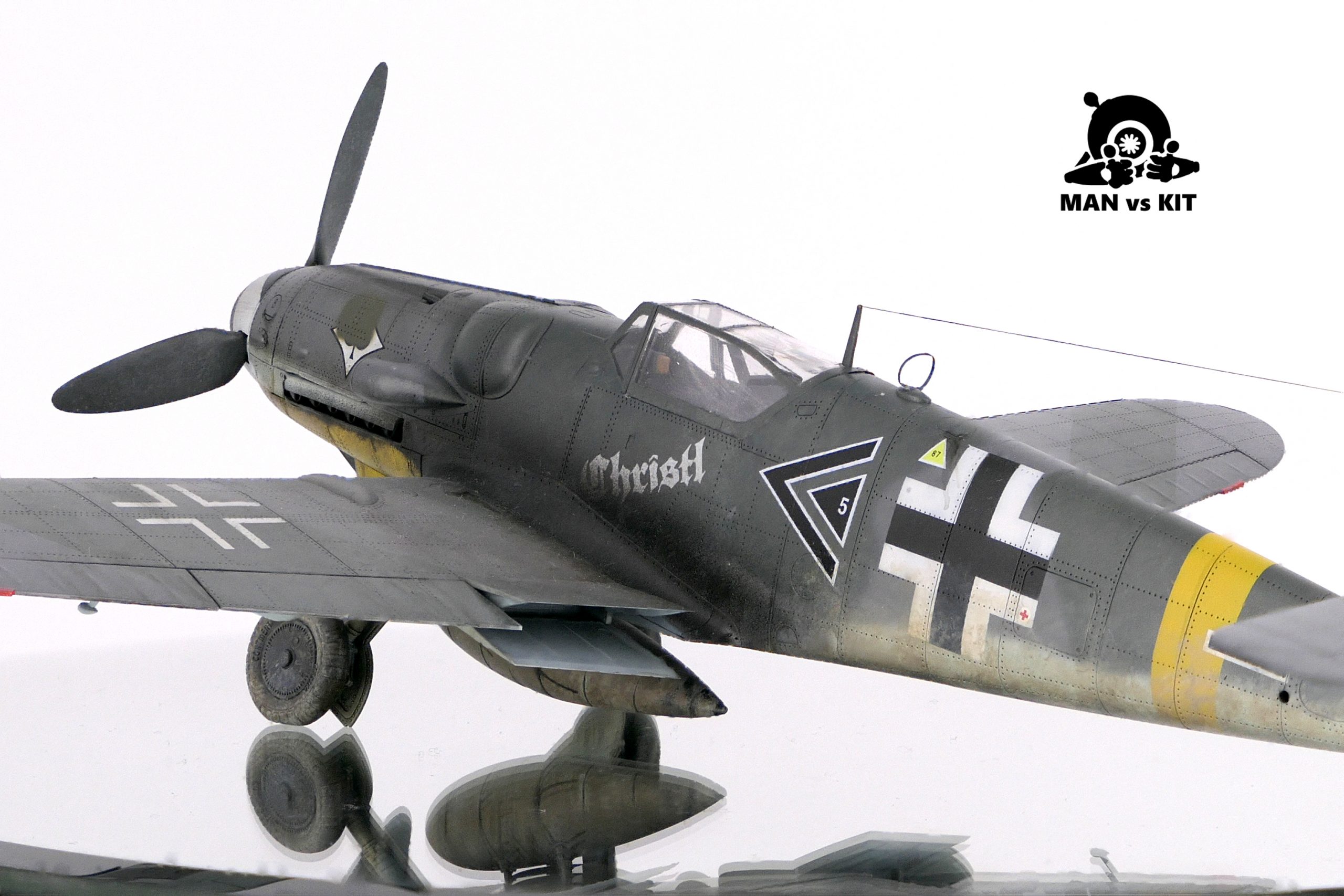 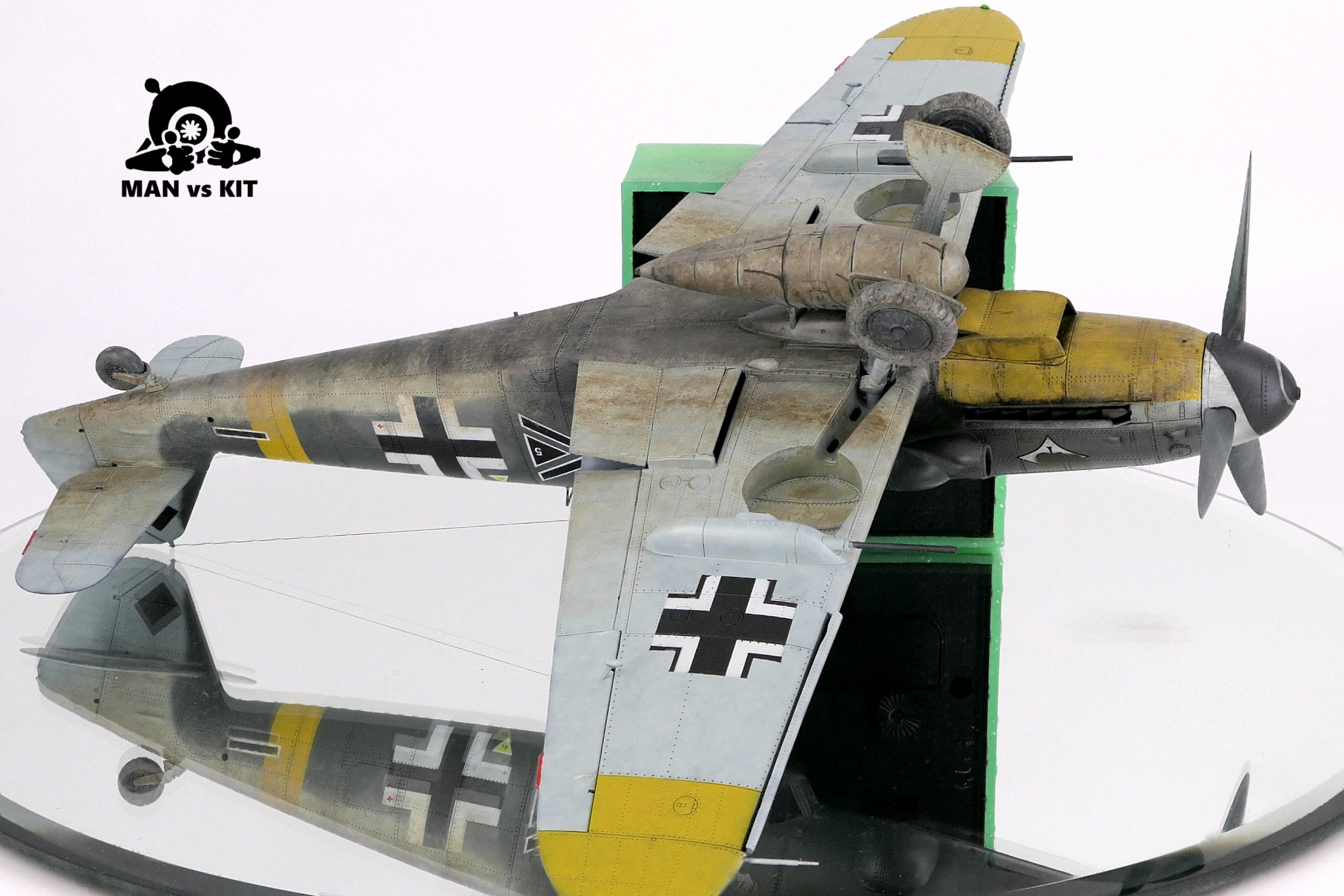 Next article Yukikaze and Shokaku