This kit is typical of my experience with Eduard: nice detail, acceptable fit, but with a weirdly heavy parting line on all the sprues.  Oh, and it was designed to be displayed exactly one way. 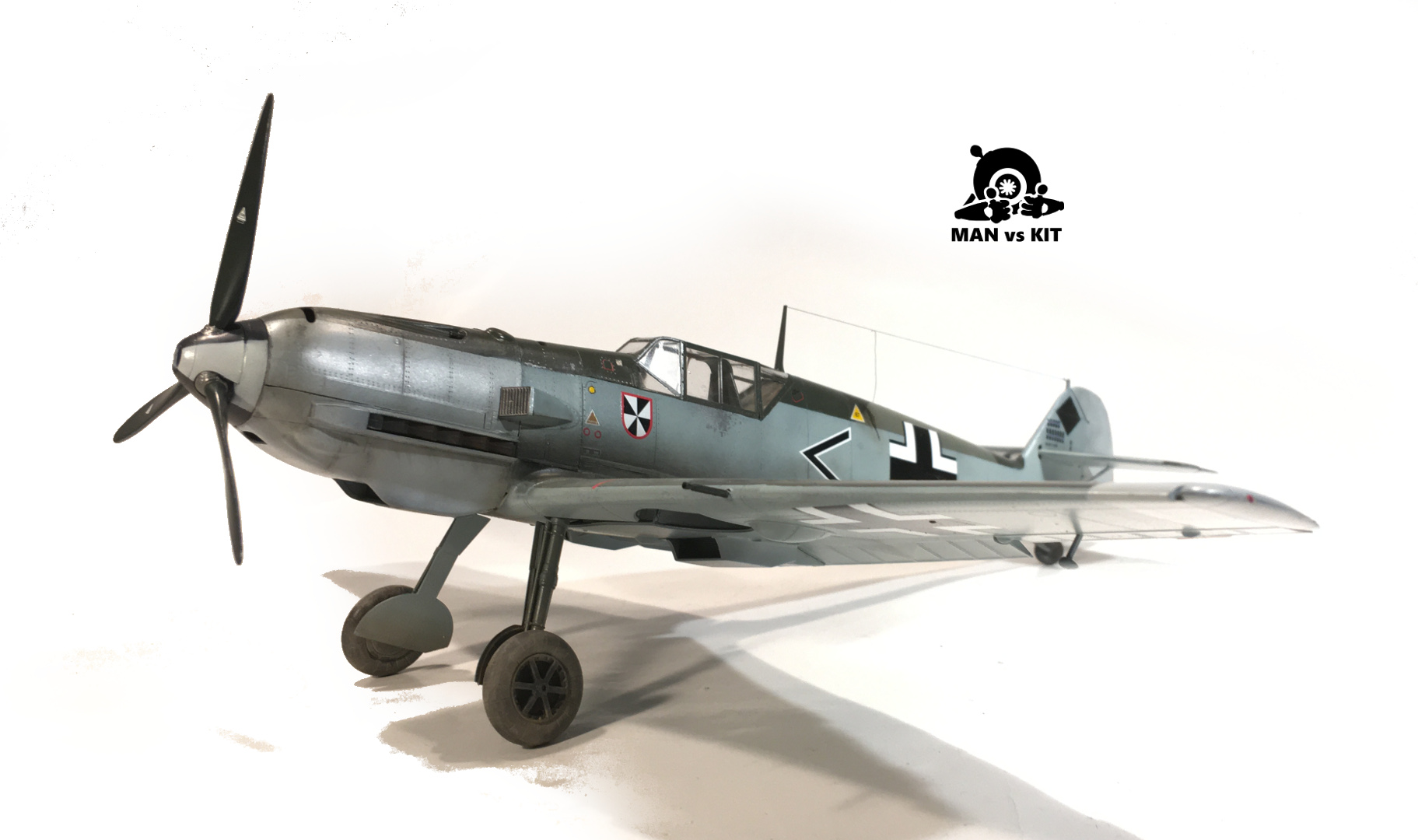 Don’t even think of trying to pose it differently.  No, not even if the instructions tell you it’s ok.

Let’s take these one at a time: 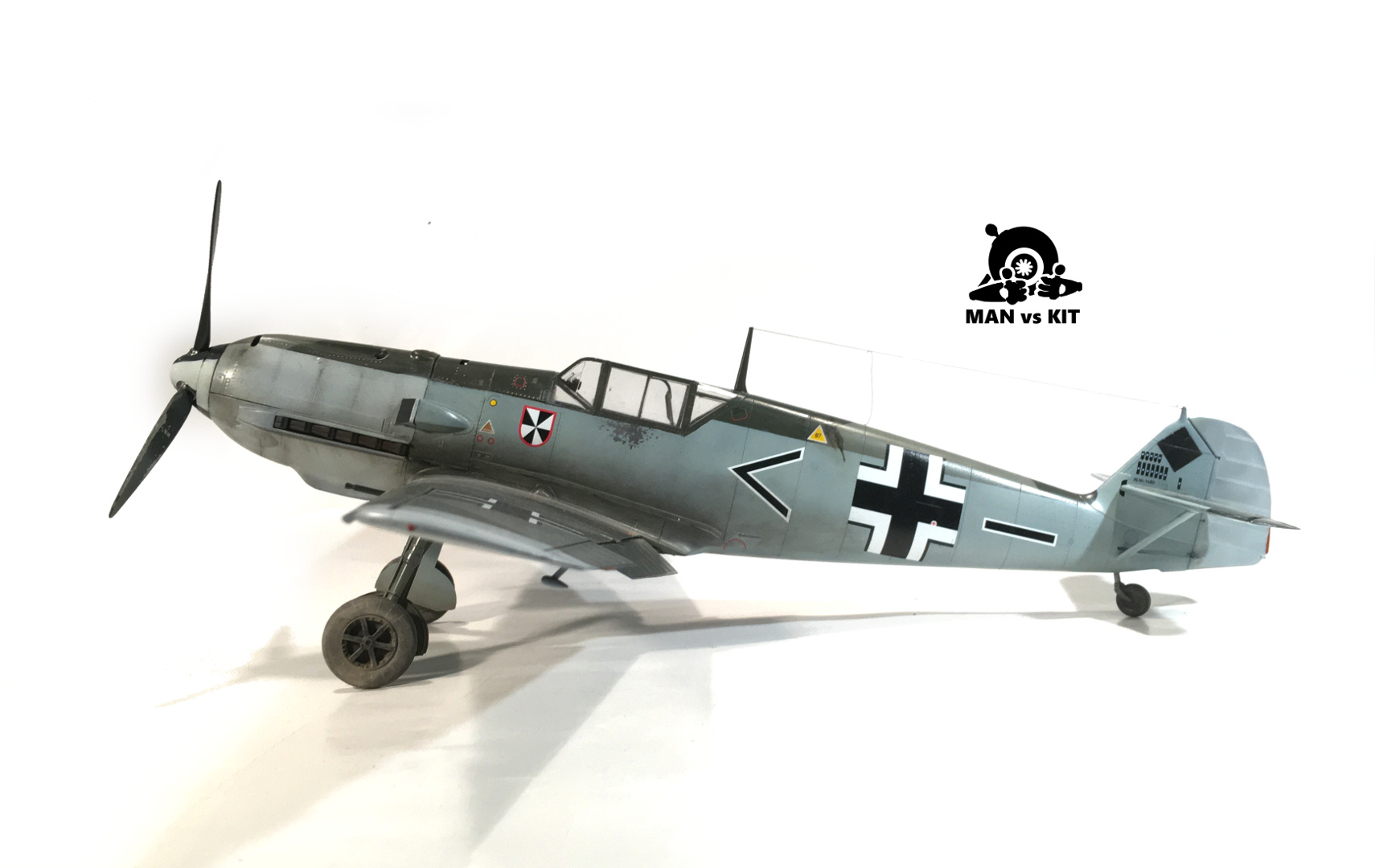 The detail feels complete.  Lots of recessed rivets and panel lines.  I used “complete” deliberately because I feel they are a bit too prominent to qualify as “nice”, but in this scale I think they just get away with it.

The cockpit detail is decent with a few interesting PE details picked out in a (fiddly) way.  Certainly plenty going on in there.

I replaced the kit PE belts with some fabric ones from HGW.  I love the HGW ones (have I said that before?  It feels familiar) but in this case the main reason was that the Eduard ones looked a bit skinny and undersized in that cockpit. 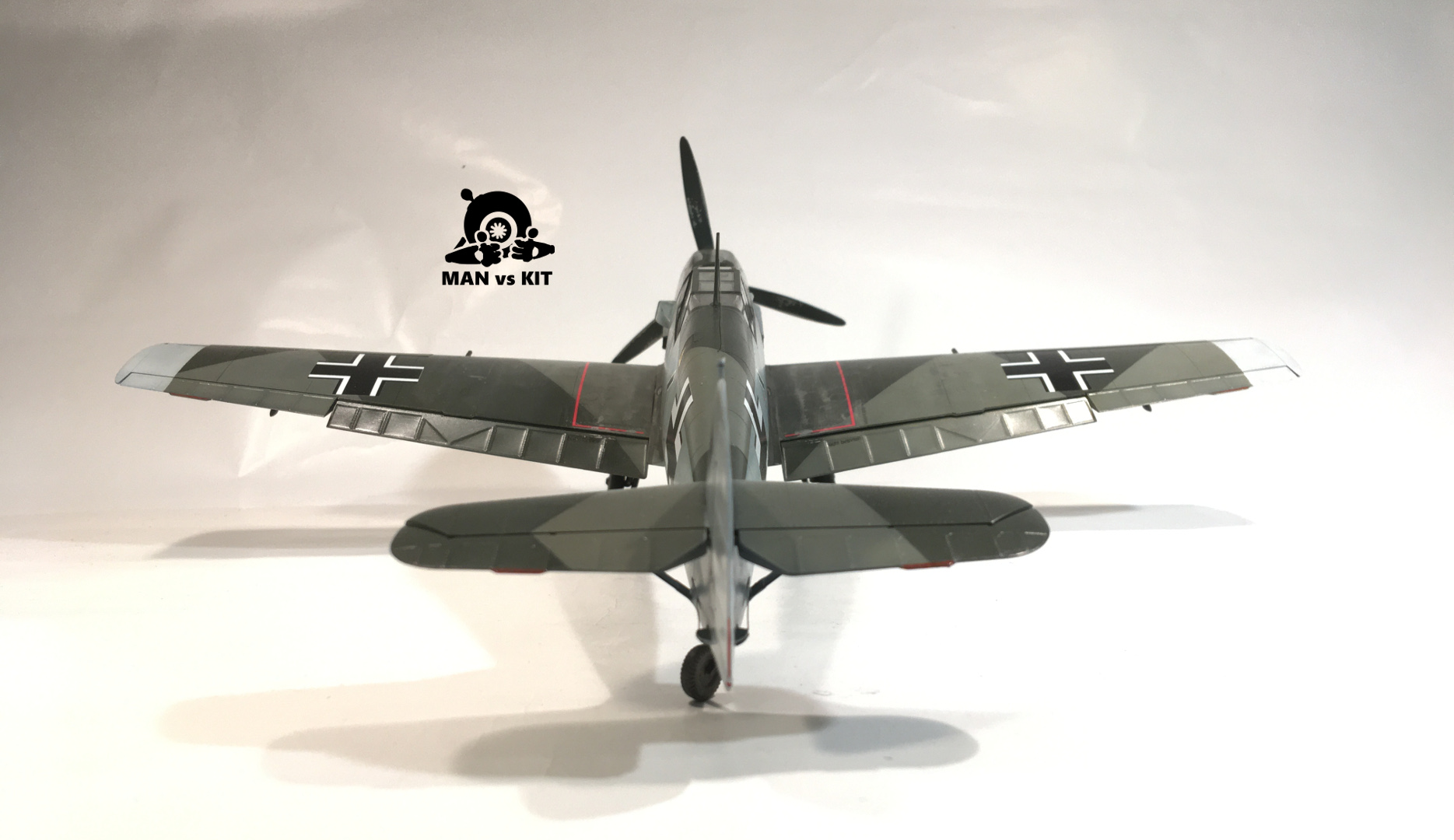 How well a kit fits together is my main criterion for judging it.  The spectrum runs from the 2-3mm gaps and steps on the Italeri / Testors SR-71 to the near-perfect fit on Tamiya’s Mosquito.  This one is solidly acceptable.  The wing upper surfaces didn’t quite have the same curve as the fuselage, so they had to be stuck progressively from the front.  There are no horror stories, but likewise every join required a little bit of filling and sanding.  The kit’s weakness is around the cowling, but we’ll return to that with the engineering. 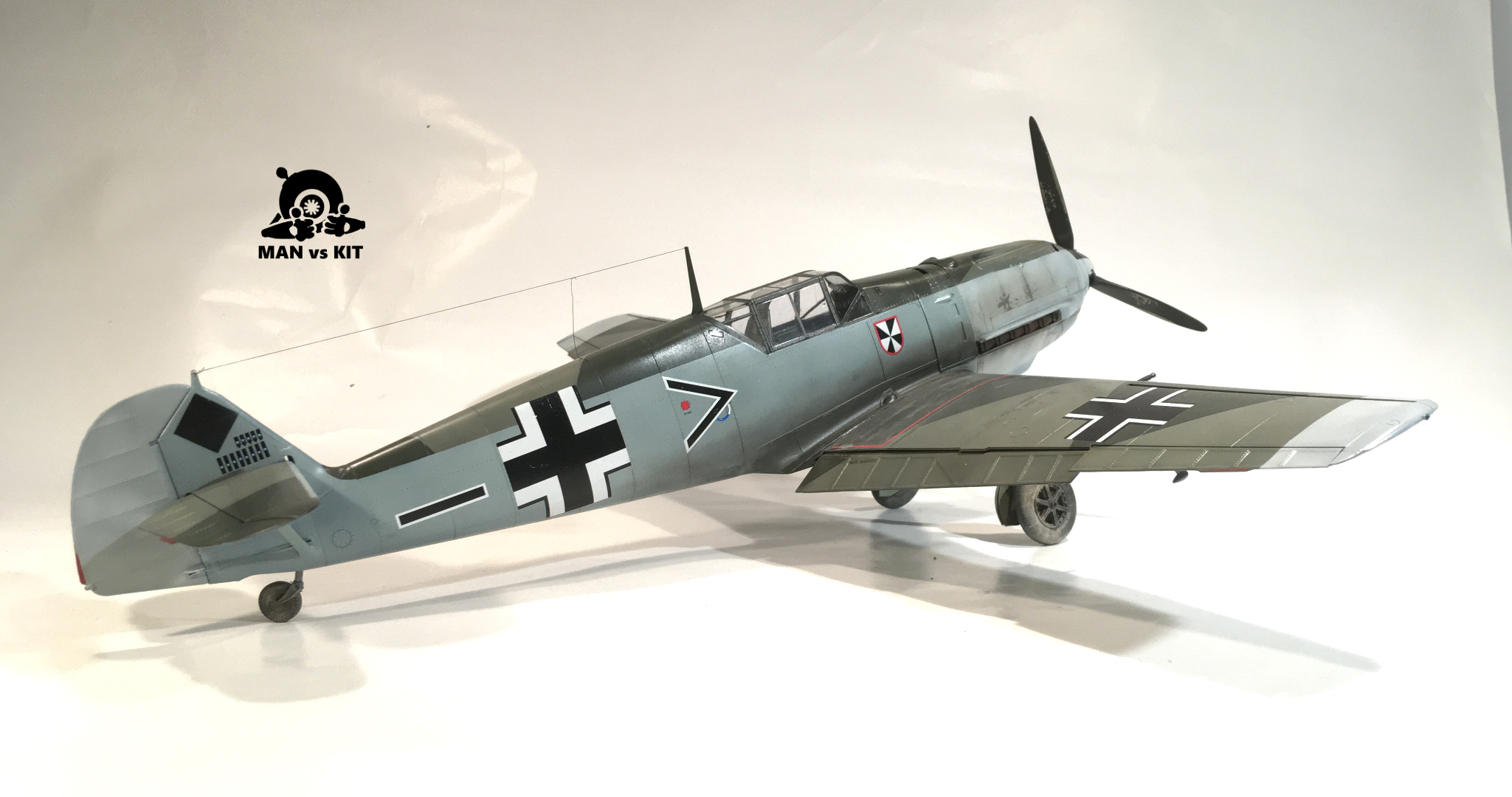 Eduard kits seem to have odd behaviour between the two mould halves.  The Mirage III had a misalignment between them, and the MiG-21 exhibited a heavy parting line like this one. 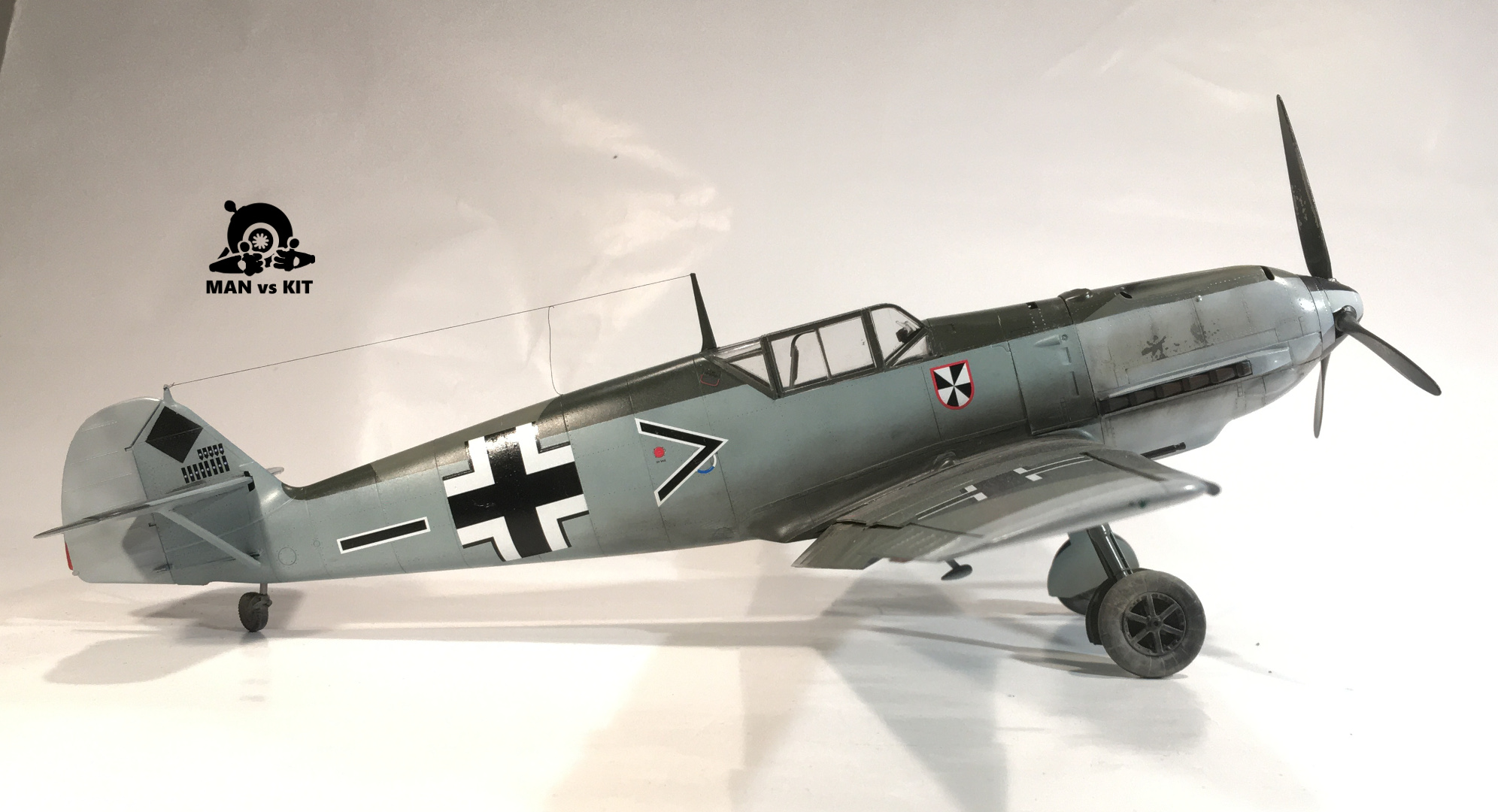 A parting line is where the mould halves come together and the edges are not completely square.  This is expected to some extent, and can usually be dealt with by scraping a scalpel blade along the edge of the part.  In this case that line is a prominent ridge all around almost every part.  It removes the same way, but the bigger line is harder to clean without damaging the parts.

It’s a weird nuisance rather than a problem: the sort of thing that makes you think twice before picking a kit. 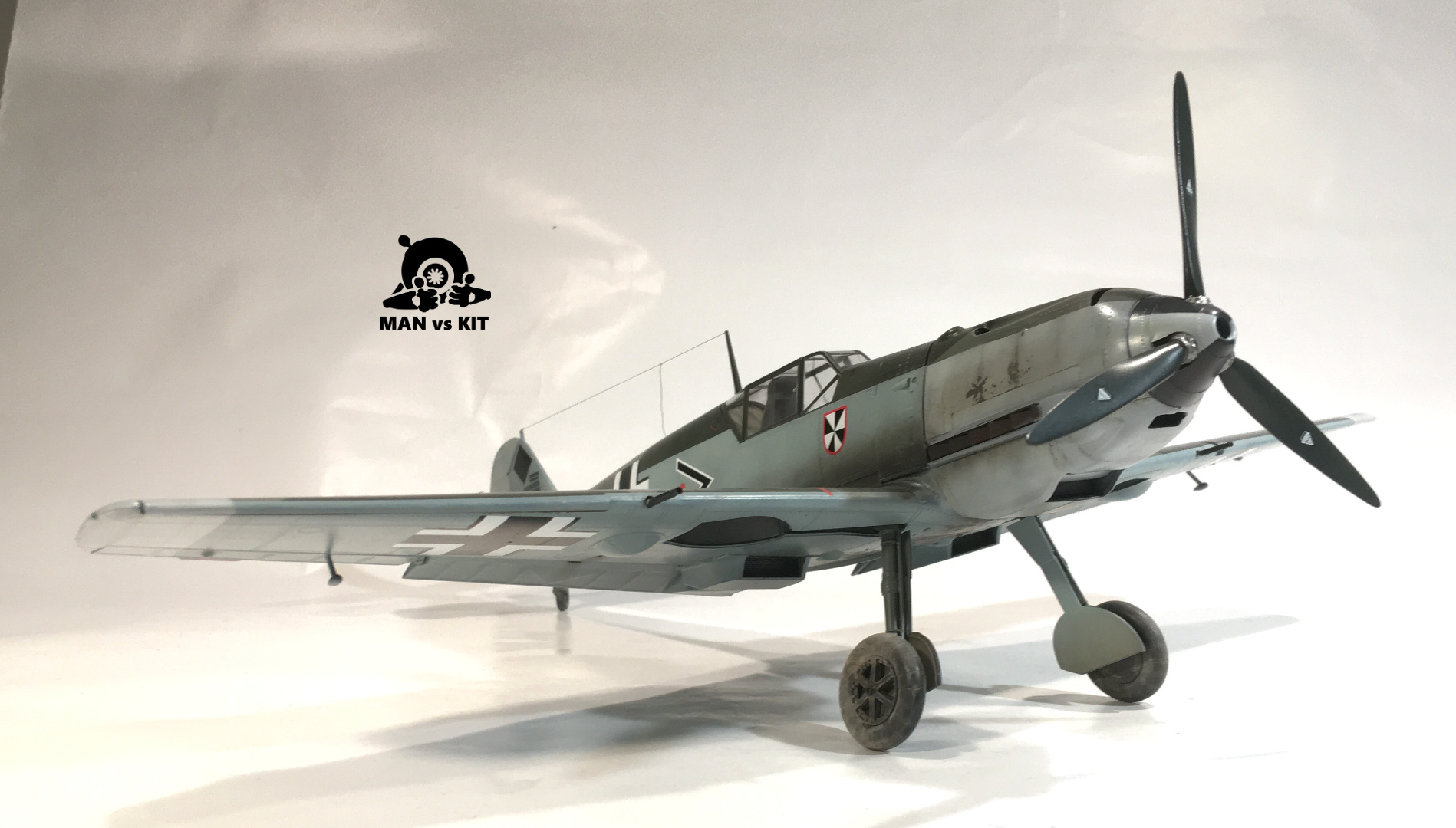 If fit is how well parts go together, engineering is the extent to which the design aids them going together.  The two aren’t necessarily complimentary: you can have a horrible house of cards which somehow fits perfectly, and an excellently designed kit can turn out to not fit at all. 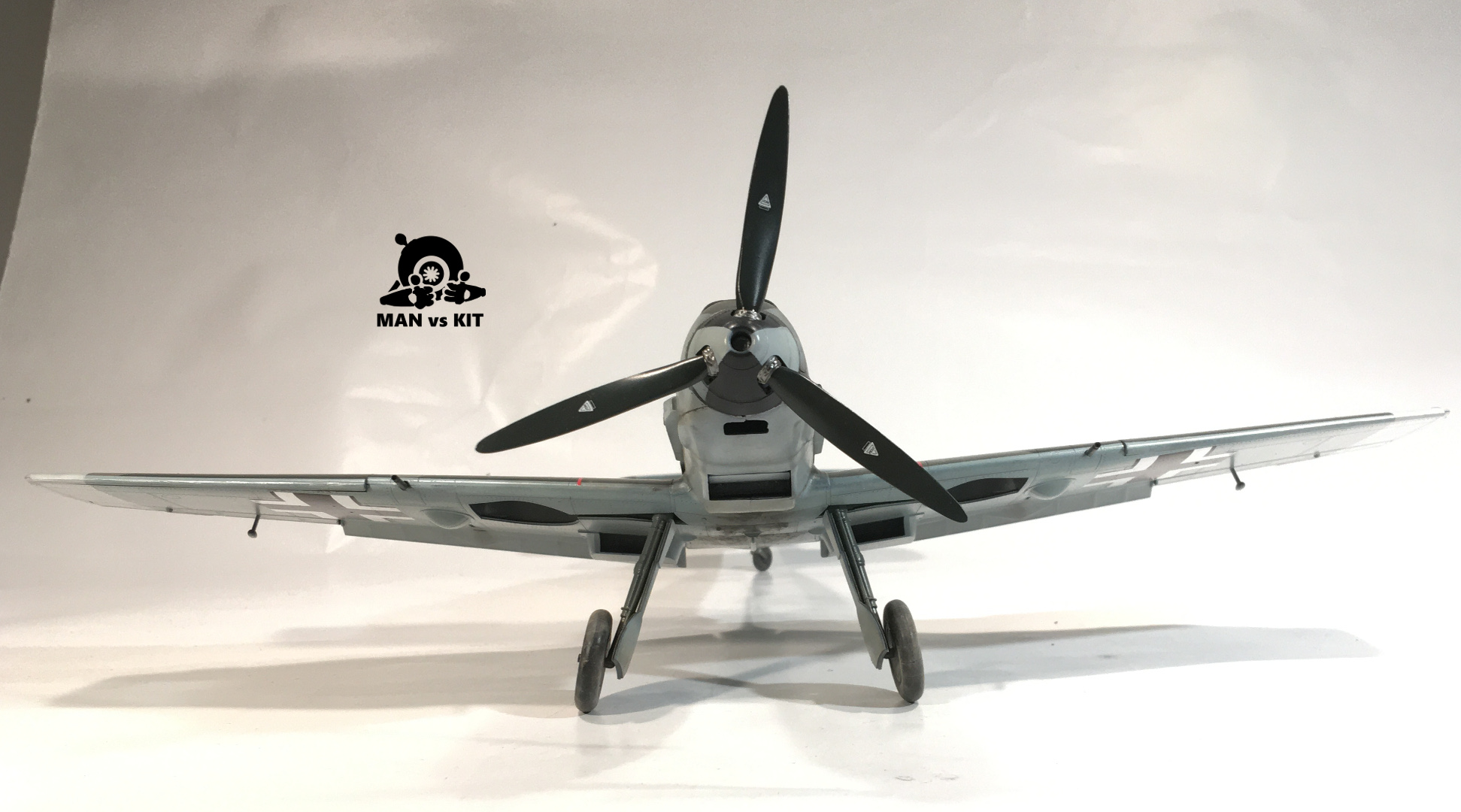 In this case, there is a glaring problem: Eduard designed this kit to be built with the cowling removed to show off the engine and other internals.  Where’s the problem in that, you ask?  The instructions tell you that you can also pose it closed. 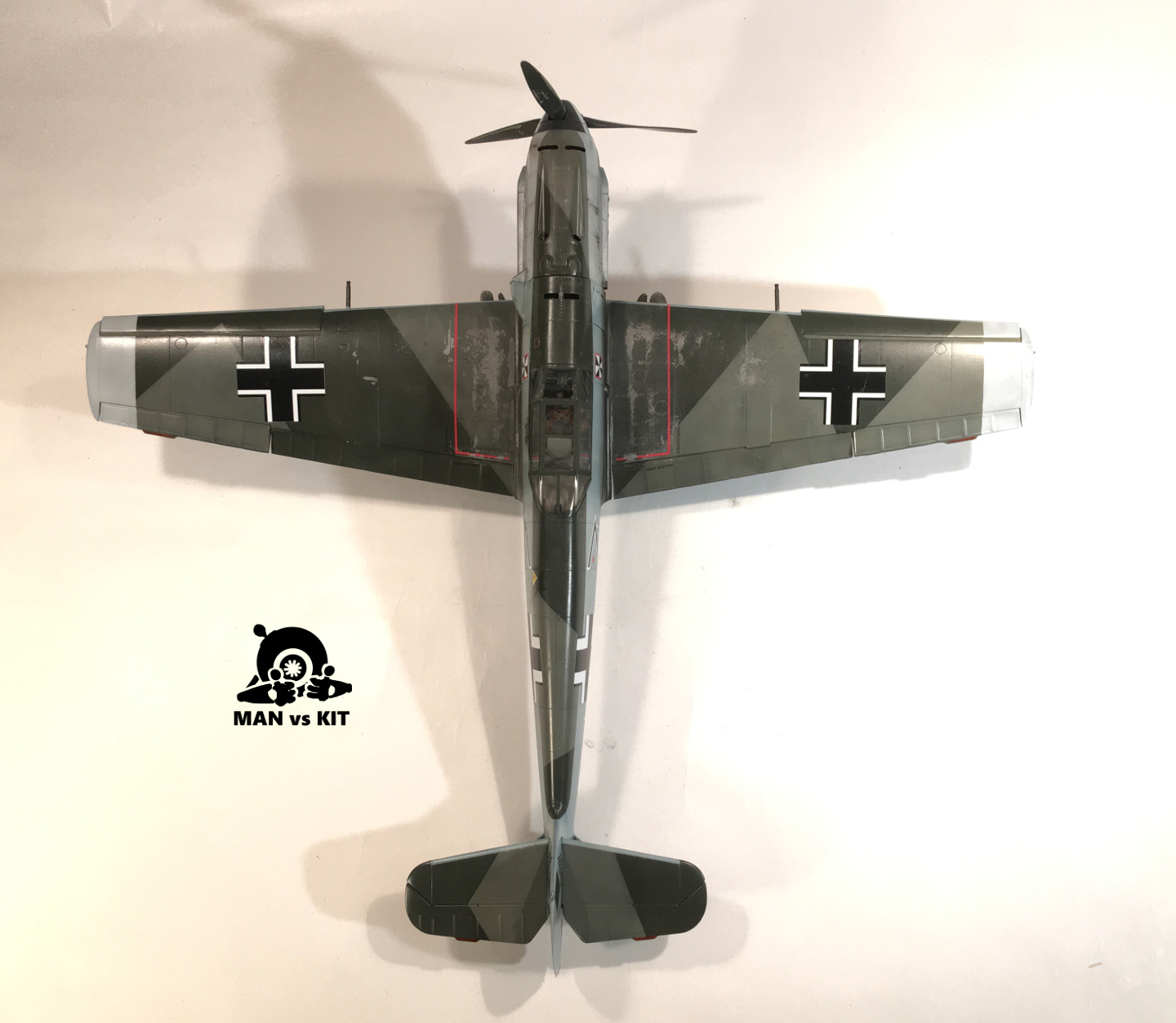 If you go down that route you’ll find that you have to balance a few cowl pieces which have no internal support and very little locating.  The cowl top itself took a bit of bending and squeezing into shape before it was convinced to sit properly.

Again, this isn’t a big problem, but it is a really annoying thing. 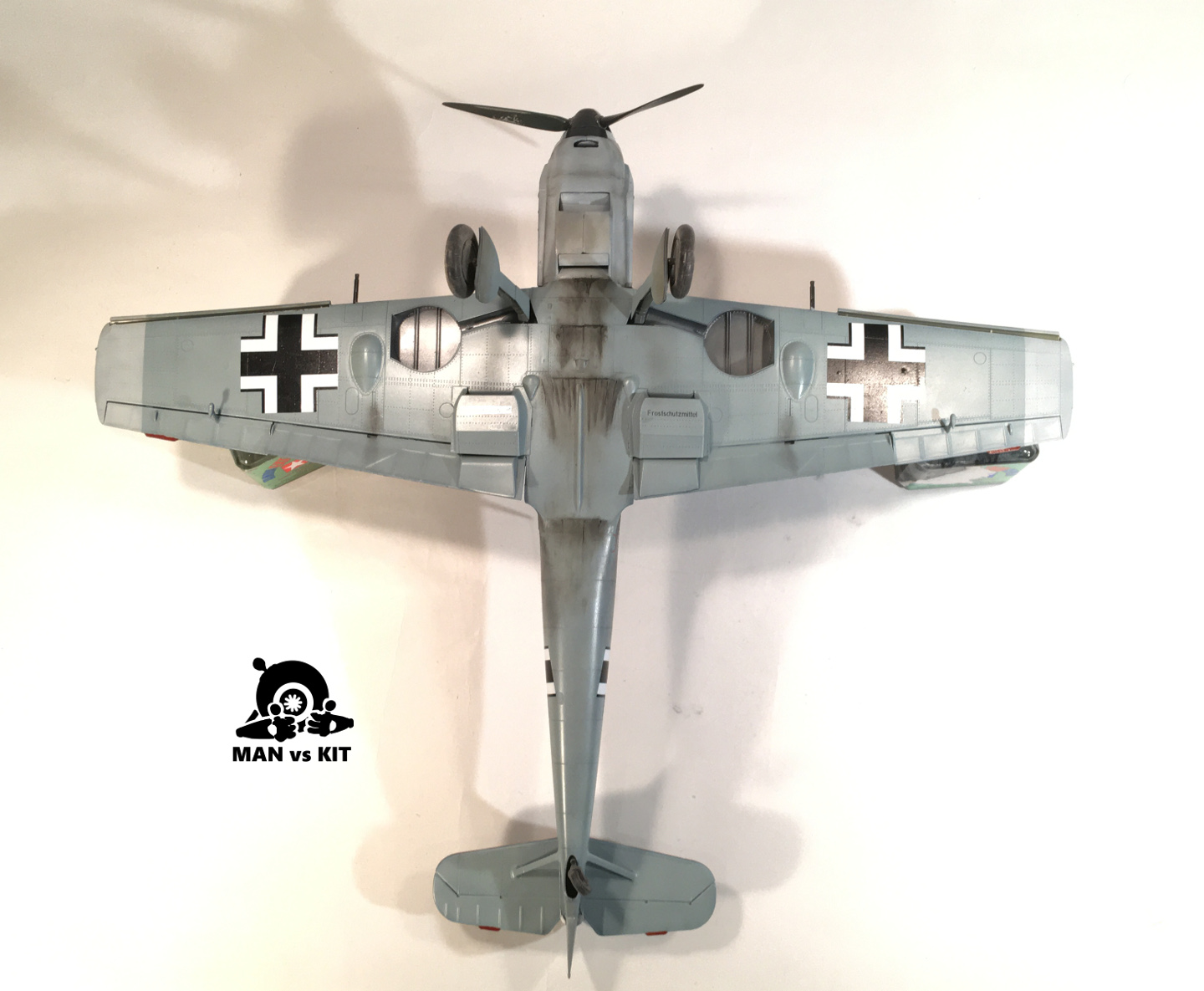 That’s the story of this kit: it’s nice enough, but you just keep getting annoying little irritations that wear you down and make a less satisfying experience than it could have been. 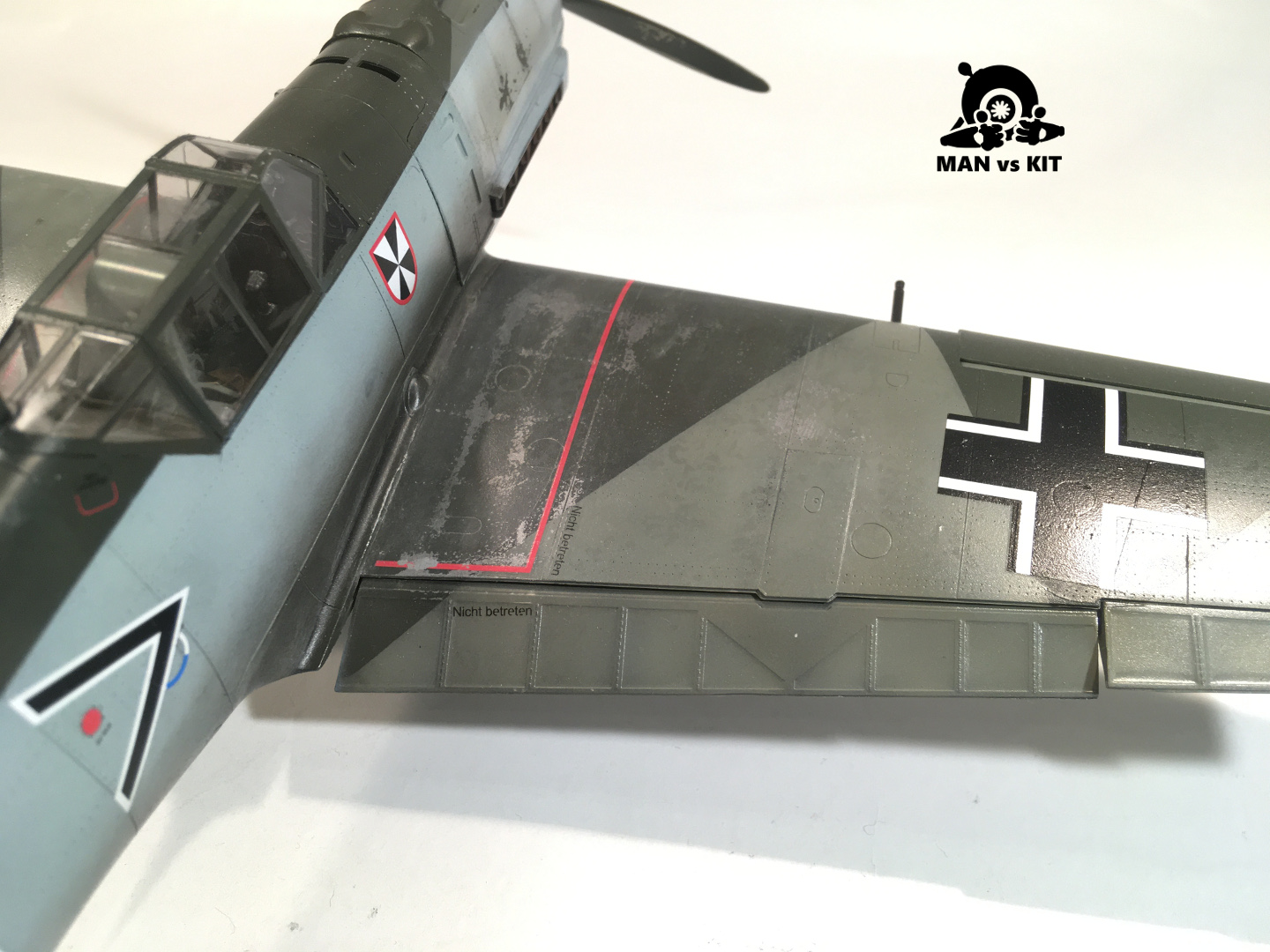 Some thoughts on painting

I’ve been trying to get more depth and interest into my paint work, by building colours under the blend coat.  I’ve tried it on and off over the years but never had a lot of success. 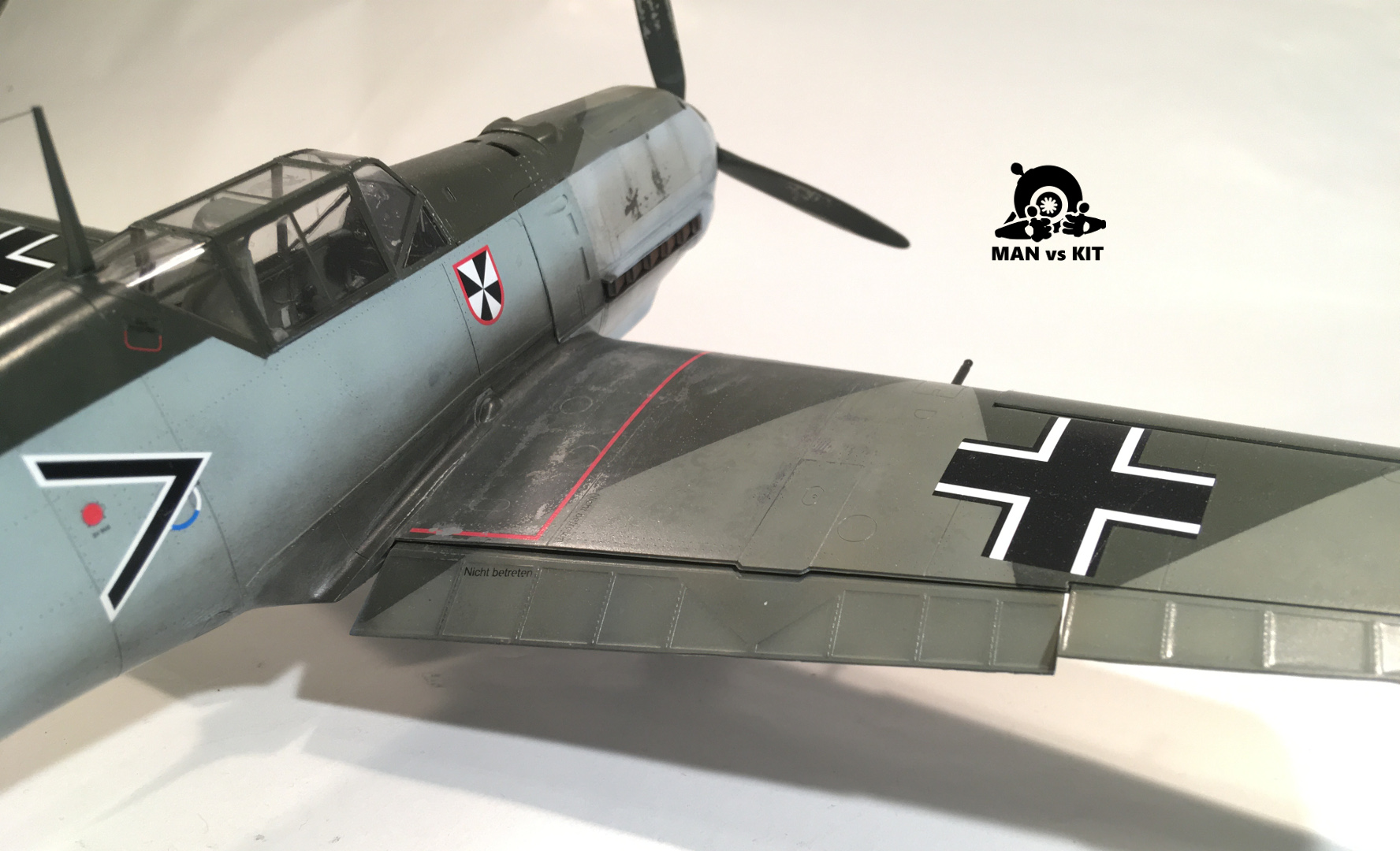 I first tried it on the Corsair where it definitely did something, but was then completely overwhelmed by my representation of coral dust and staining that I felt the plane should have.  Although I was using a marbling concept on subsequent builds, I only used the final colour to marble with. 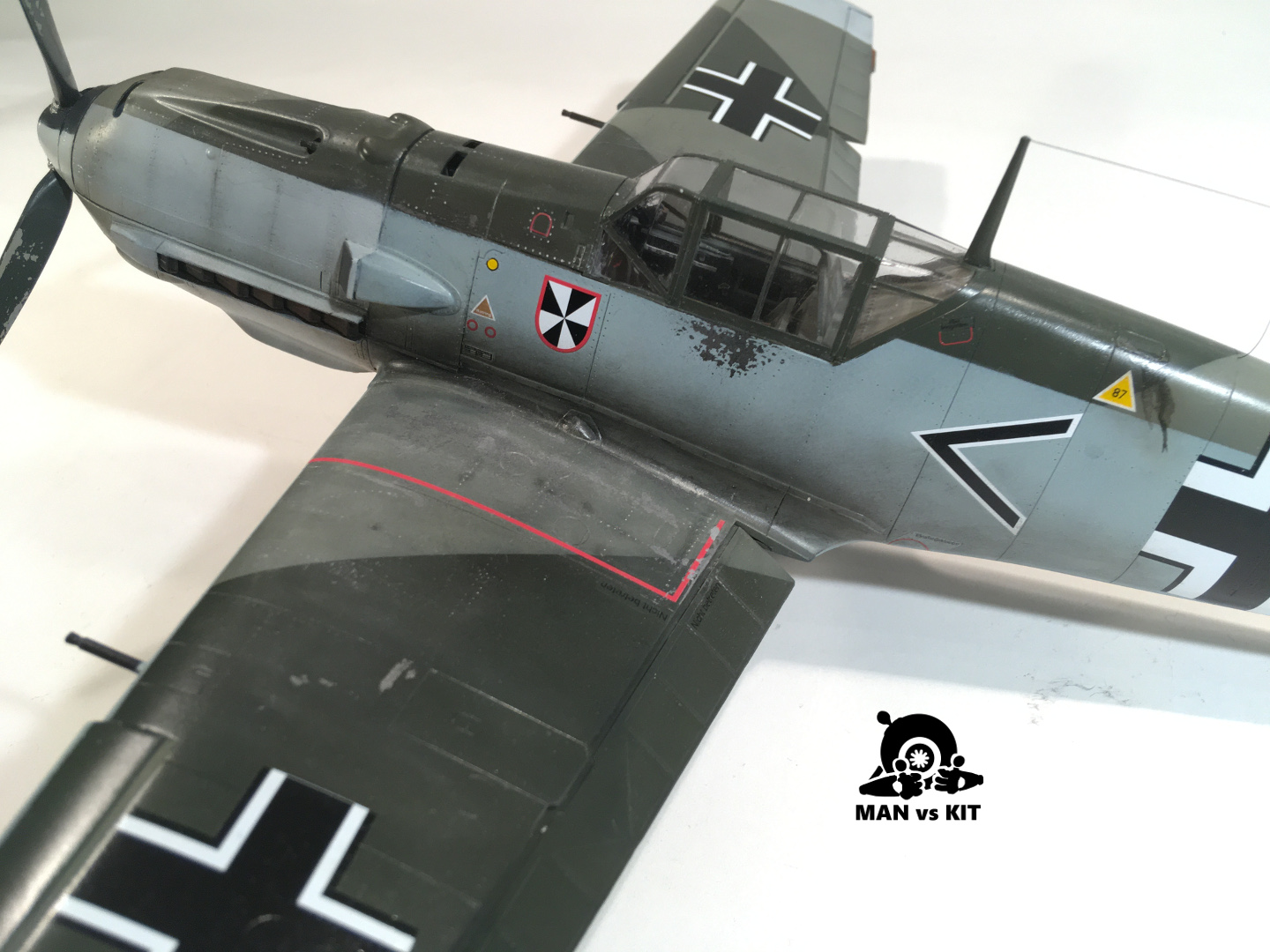 On the Mirage III last summer I experimented with putting more colours in, and while it made an effect, the result was very stark and still vanished under further processes. 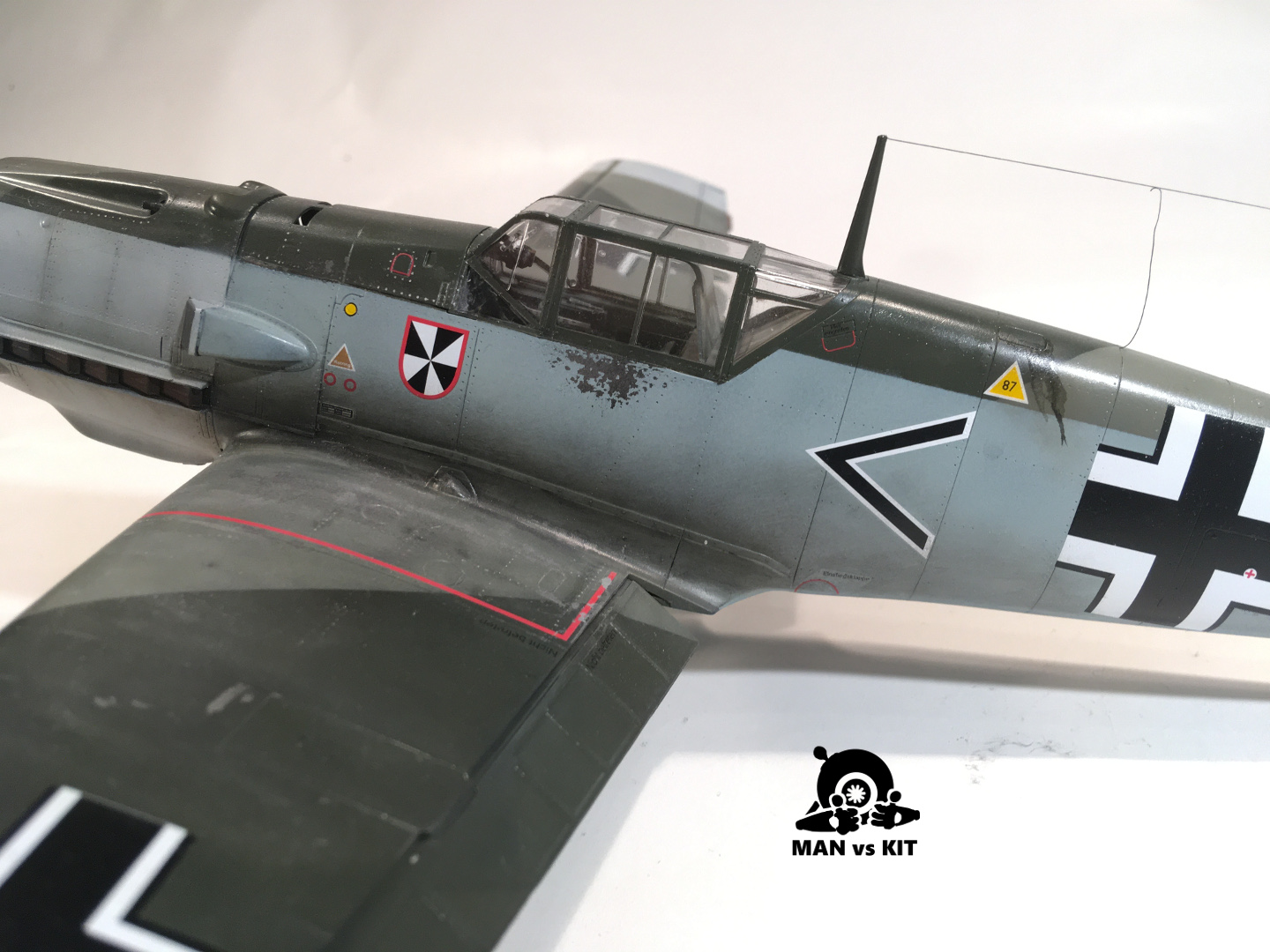 I really got into it with the SR-71 in the hope that I could make that black finish look interesting.  It sort of worked, but no one liked that build so the whole thing does feel a bit of a wasted effort. 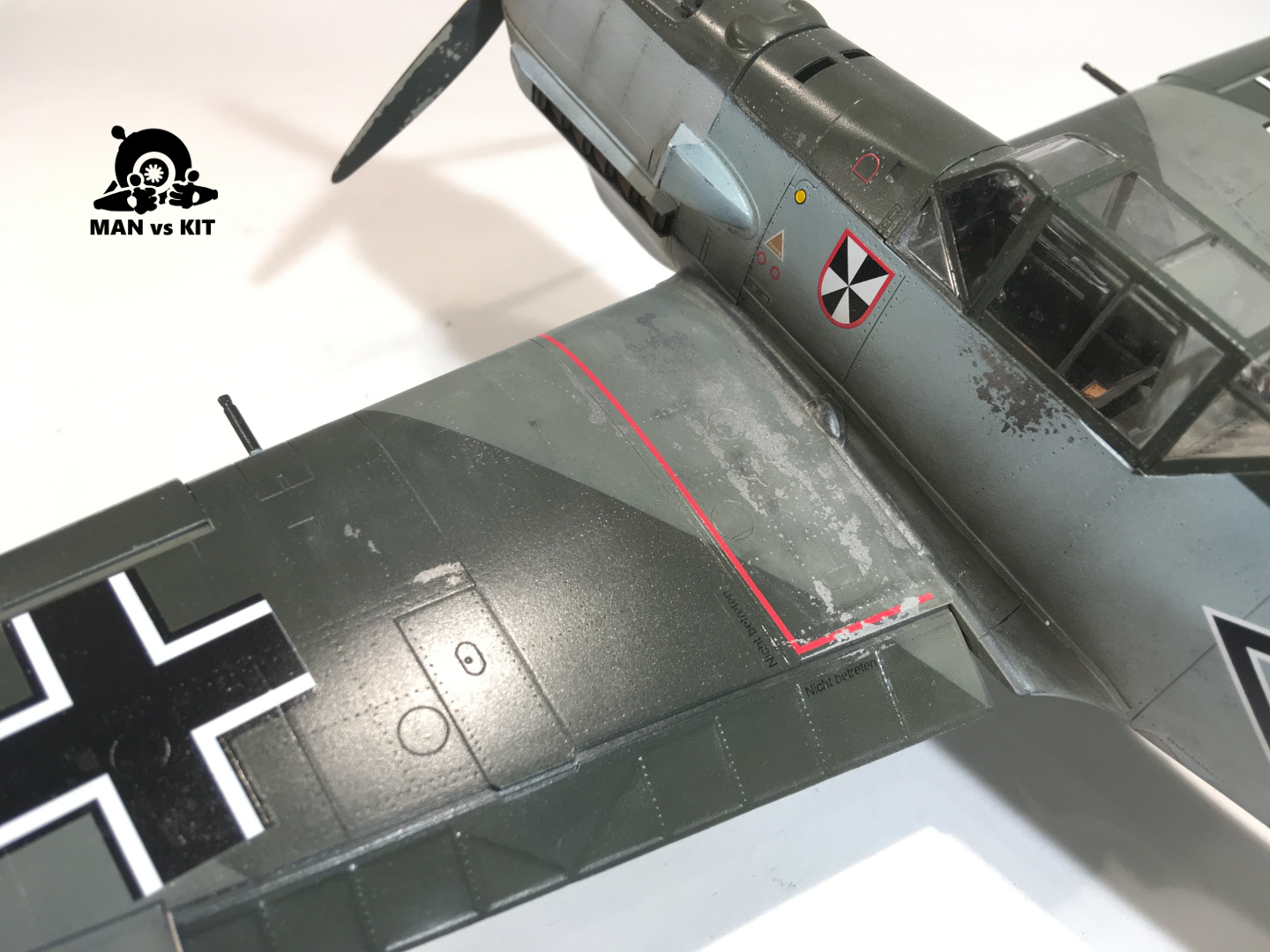 This year I’ve been approaching it more methodically, trying to work towards a result.  The F-15e used a few different tones of dark grey, but these were again swamped by the salt weathering used on that build to get a grimy effect. 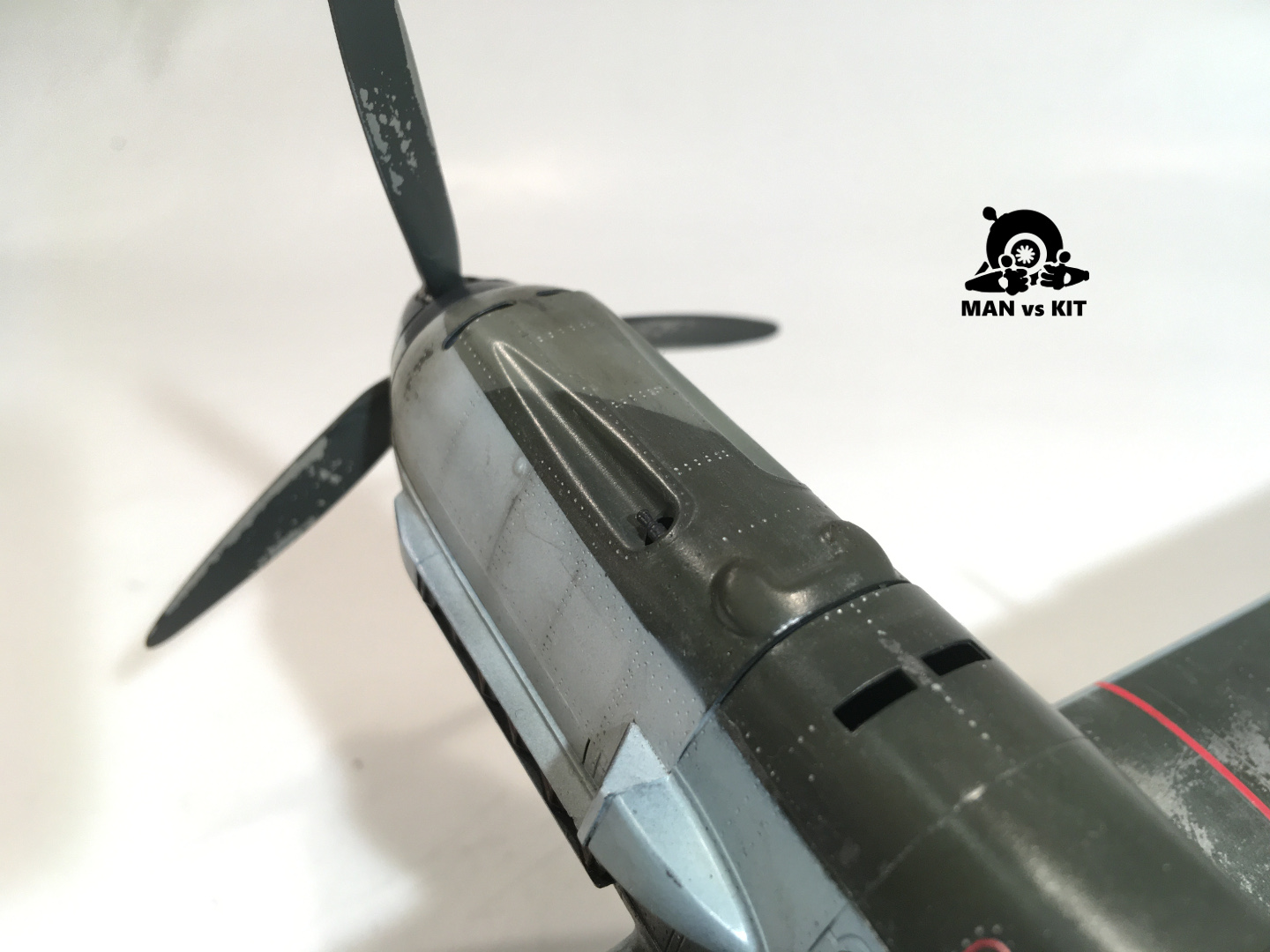 Likewise on the F-14s, though they were looking very promising before I went a bit too heavy on the grime.  Unfortunately I much preferred those with fewer paint steps. 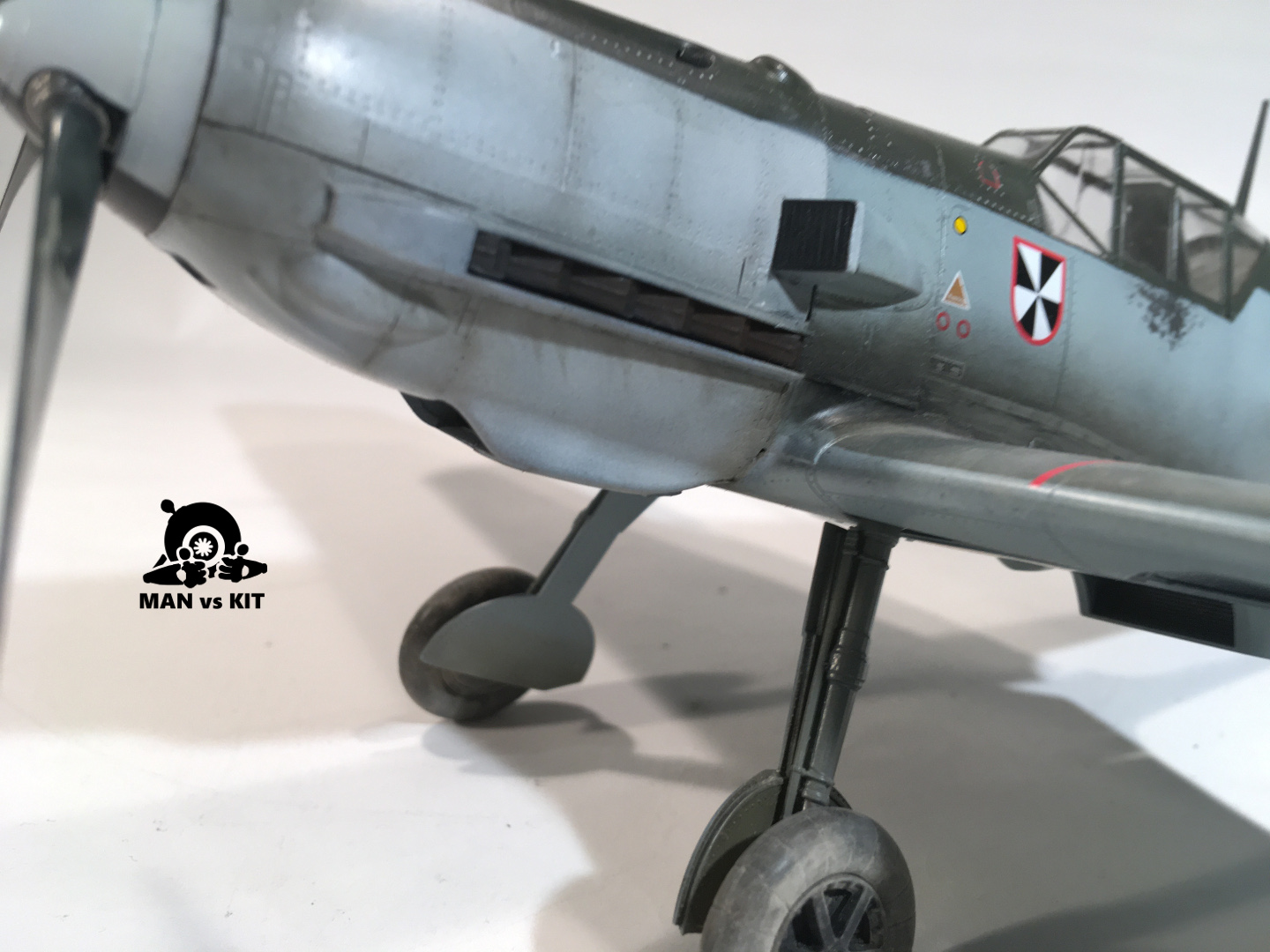 The Camel was another step forwards, but again I feel the post-shading work was more dominant in the final result. 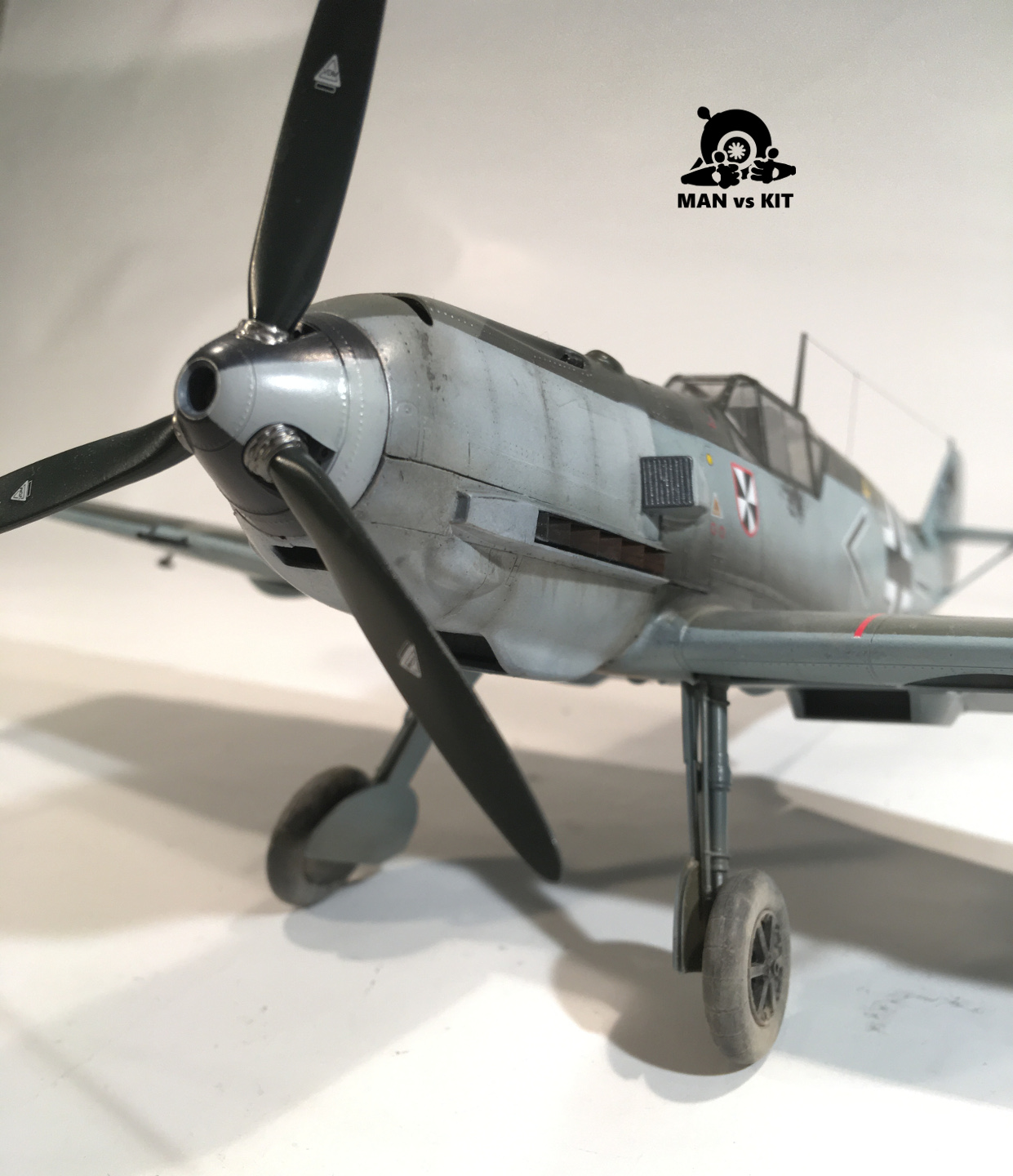 Here I felt optimistic… until the decals went on.  It’s that concept of “tonal crush” where large, high-visibility markings drown out any subtleties in the paint work. 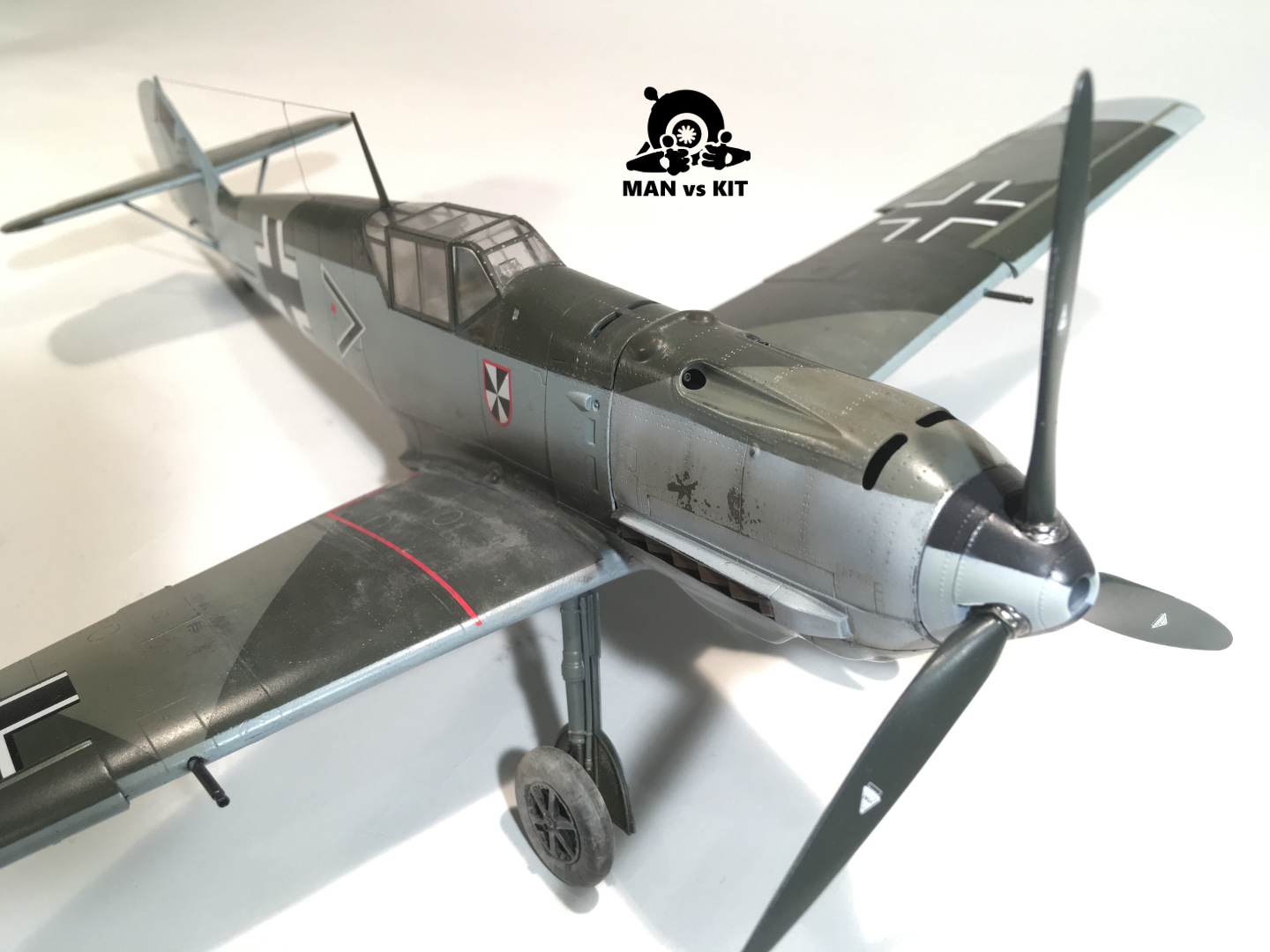 As for where to go next, I think there are two options: either accept that tonal crush will happen and not try to fight it, or work against it by increasing the contrast throughout the paintwork. 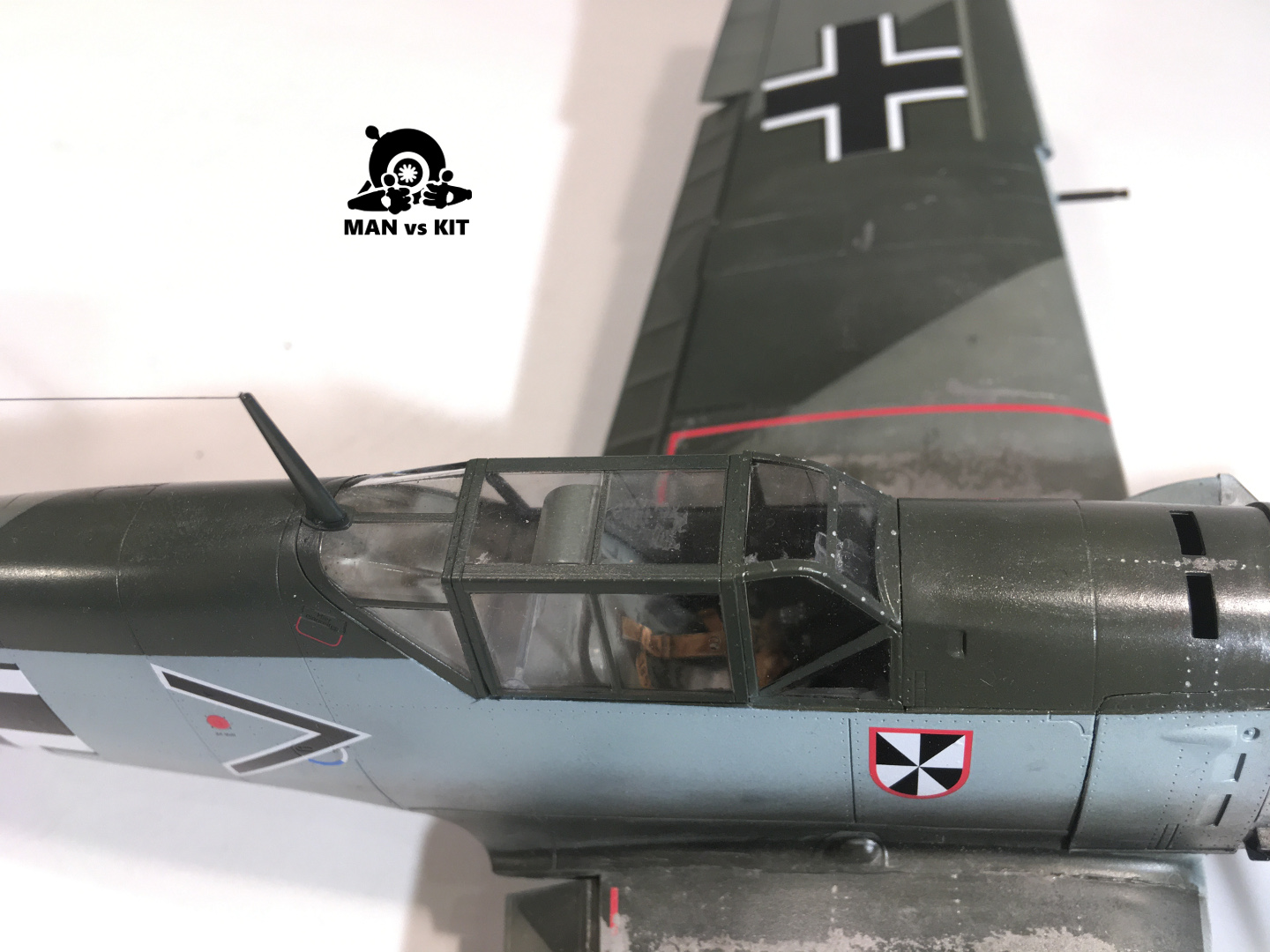 Accepting it has the advantage that on a micro level, each area of the model would still look good.  If you imagine looking at an area without high-contrasting markings, you would have a subtly uneven tone, but kept within reasonable limits for the overall look (obviously this will vary between subjects).  However, at a macro level, the model as a whole risks looking bland as the subtleties would be overwhelmed. 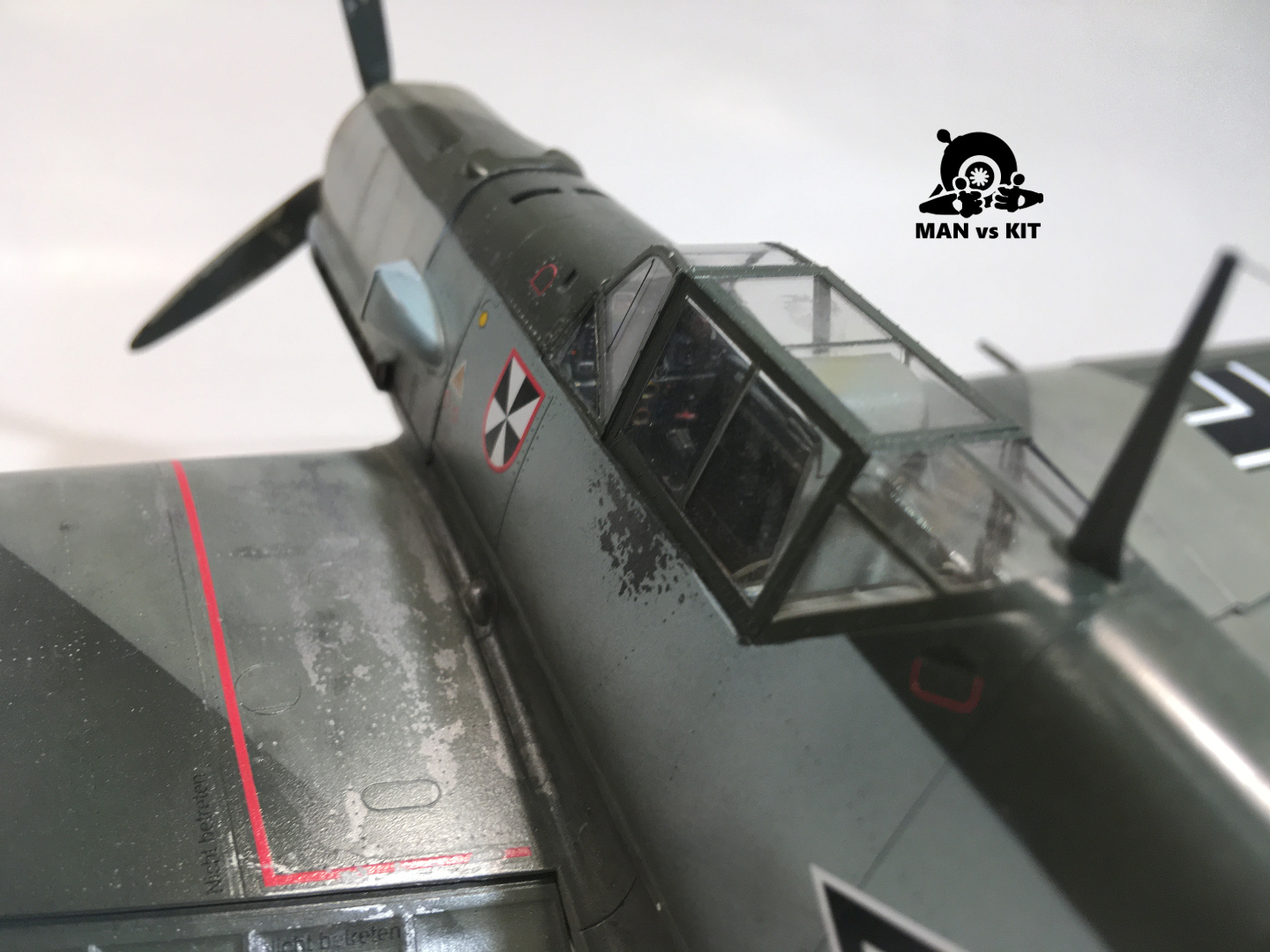 Working against it would have the opposite effect: retaining an interesting finish on a macro level while risking the micro level looking overworked and unrealistic. 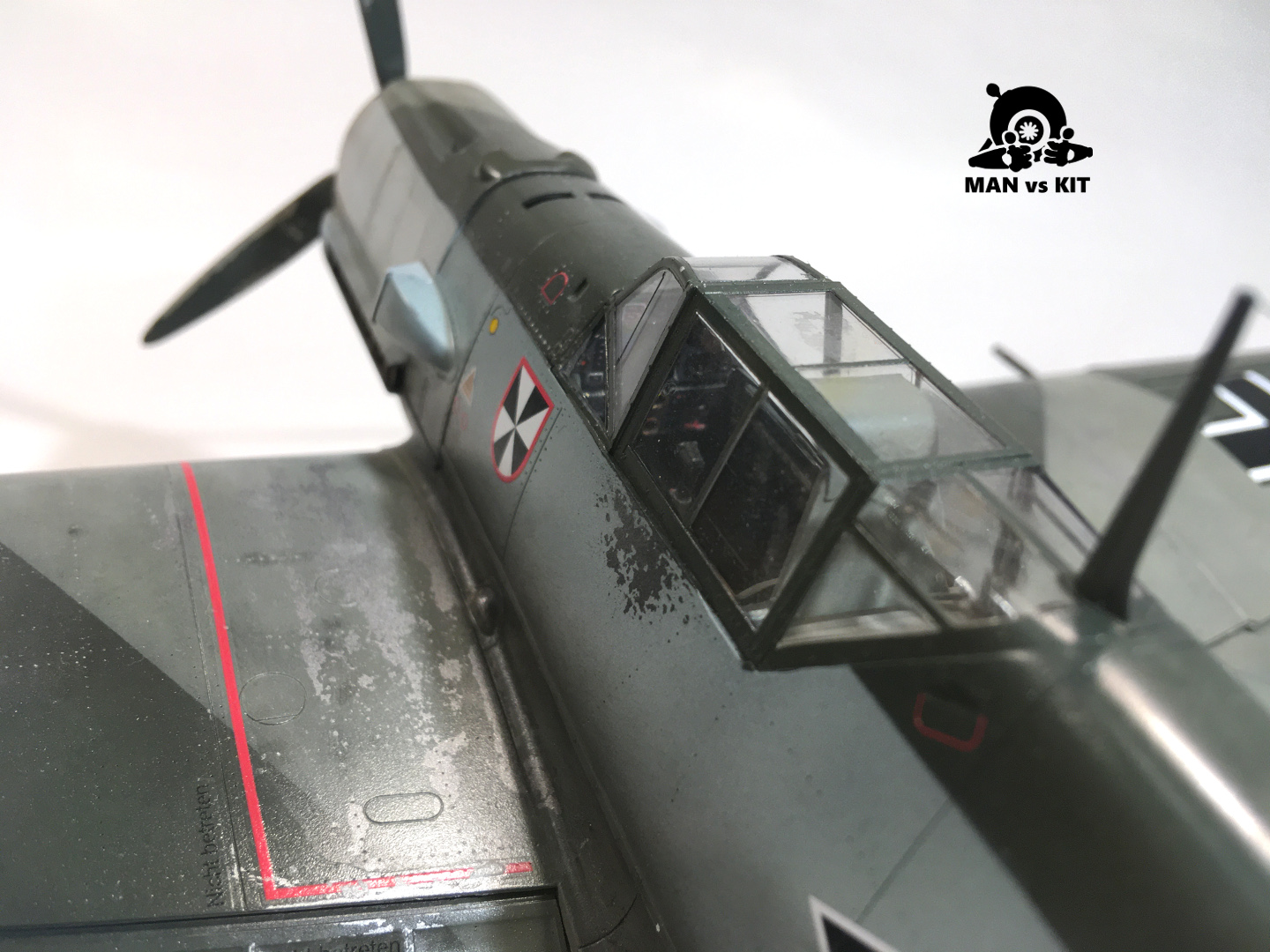