About a month ago I signed off my in-box review saying that the kit looked really promising, but that there were a few elements which we would have to reserve judgment on until we saw how it went together.  Today I’m going to answer some of those points, which were:

I’m also going to deal with a few other issues which arose during the build, including:

Looking at the multiple layers of coloured photoetch, I had hoped that this would give a less flat look to the panel, and I wasn’t disappointed.  Between the layers and the little clear blobs over the instruments, it gives a very nice effect in this scale and is very easy to make look good.  As I mentioned before, if you don’t like photoetch IPs, this kit provides a nicely detailed plastic one and IP decals as well.  Best of all, this means that you can take a look at the different options and pick the one you like best, because you haven’t had to destroy a plastic panel to try the etch.  I would love to see Eduard continue to take this approach.

On the other hand, the gunsight is a little strange and disappointing.  The glass reflector panel and the bulb both have a seam right down the middle.  This is a case where moulding more, smaller parts might have been a good idea.  Then we have a truly odd instruction: if using the PE IP, we are told to shave 0.2mm off the end of the gunsight to compensate for the extra depth that it adds.  Of course, the PE panel backs onto a plastic part and the back of that is the locating point in the fuselage.  I have to ask: given the PE IP has its own plastic backing part… couldn’t they have just moulded that 0.2mm thinner? 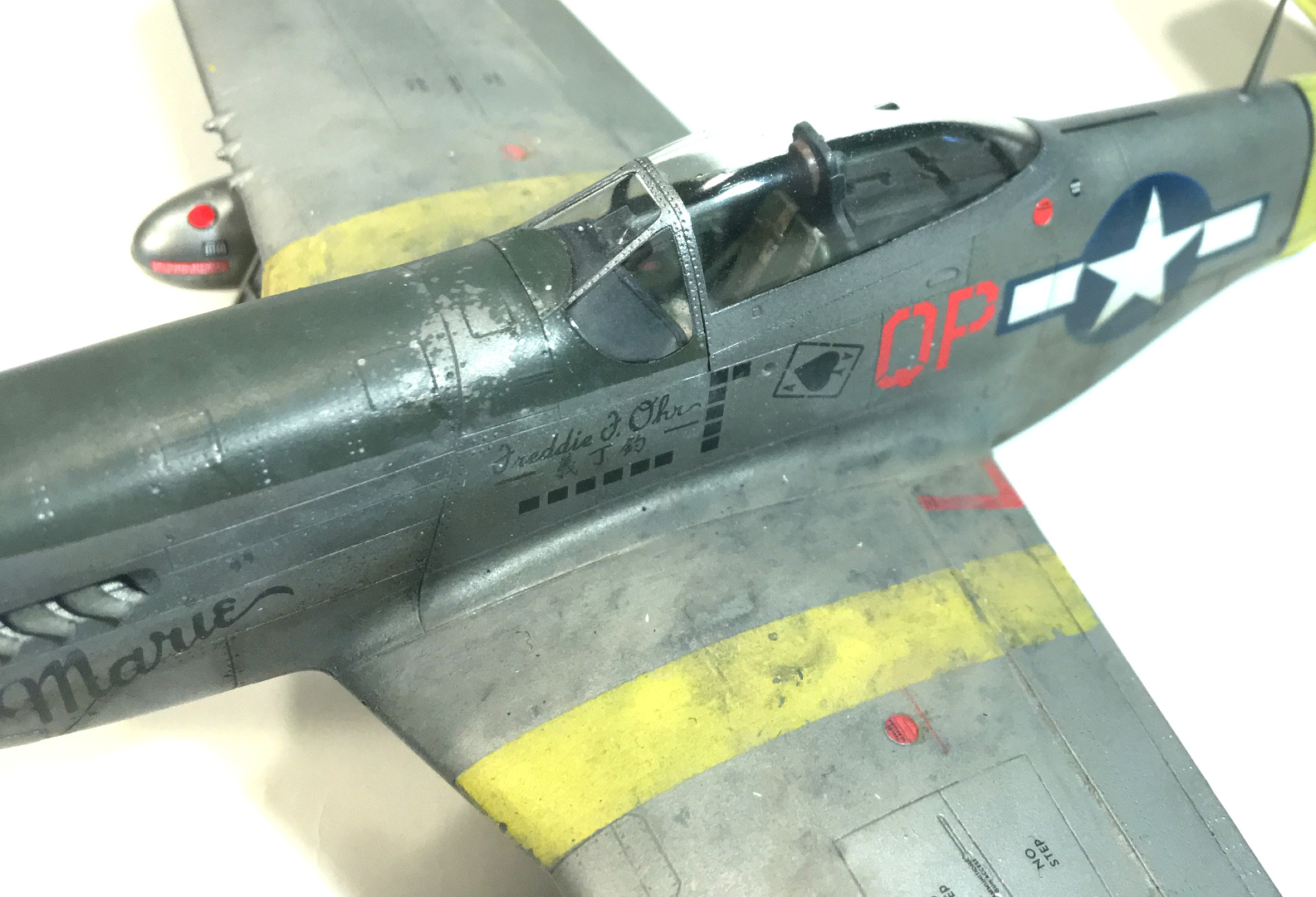 Aligning the cockpit within the fuselage before closing it up isn’t the easiest task, but it locates reasonably well.  There is a small PE grille that goes inside the radiator, but I couldn’t see any way of lining that up properly.  Worth mentioning here is that on mine, the fuselage closed up neatly and easily, but other have found issues getting the lower fuselage in particular to close.  Whether there are some warpage problems or if I just dodged a potential issue through planning and luck, I do not know. 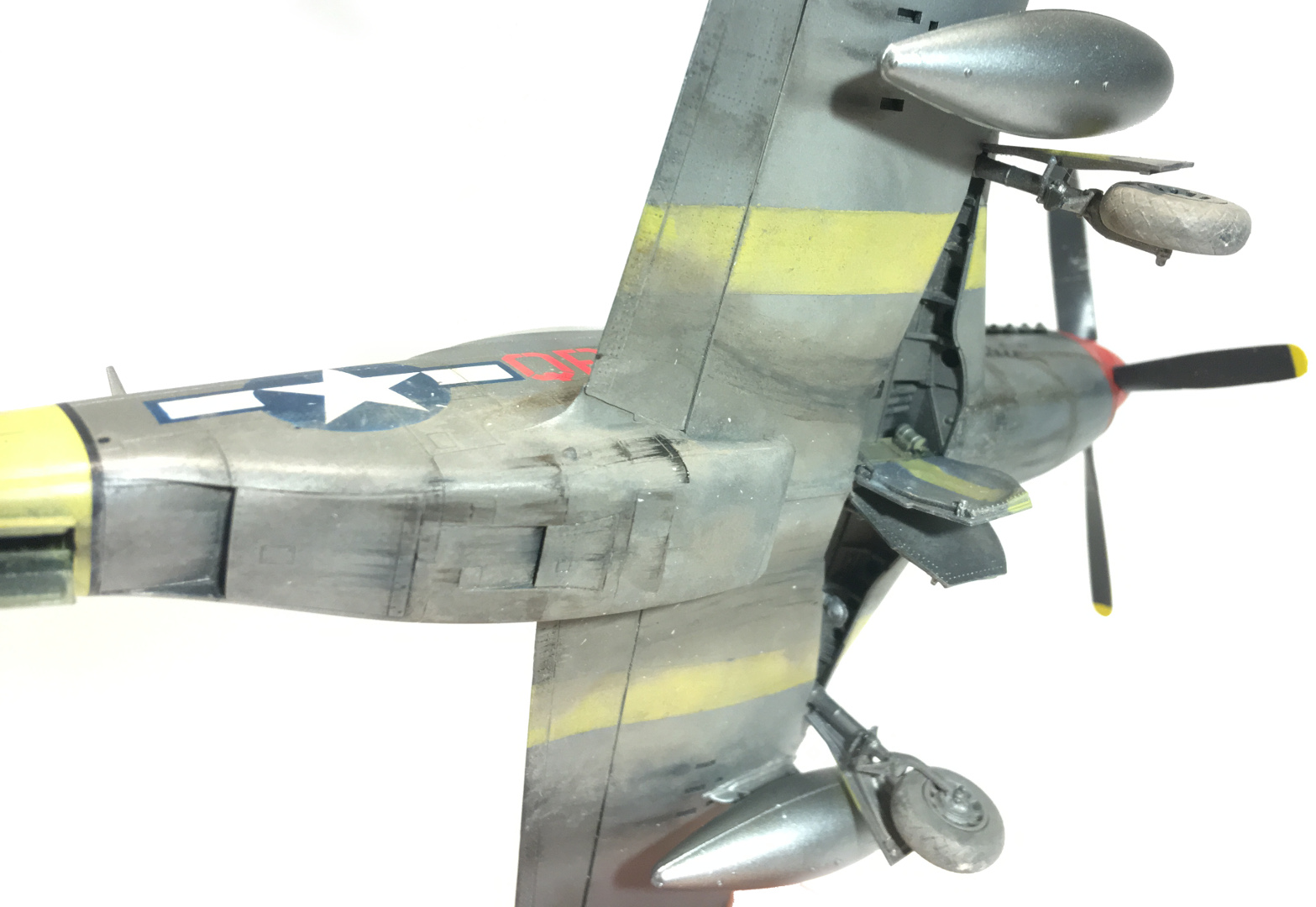 Worth noting here is that the fuselage doesn’t join seamlessly.  There were seams to fix behind the cockpit, on the underside, and most importantly a big step all along the engine cowling.  This is impossible to fix without destroying Eduard’s really nice detail, and I think this kit would have been massively improved had a separate top piece been provided, like with Tamiya’s Spitfire Mk.I in the same scale. 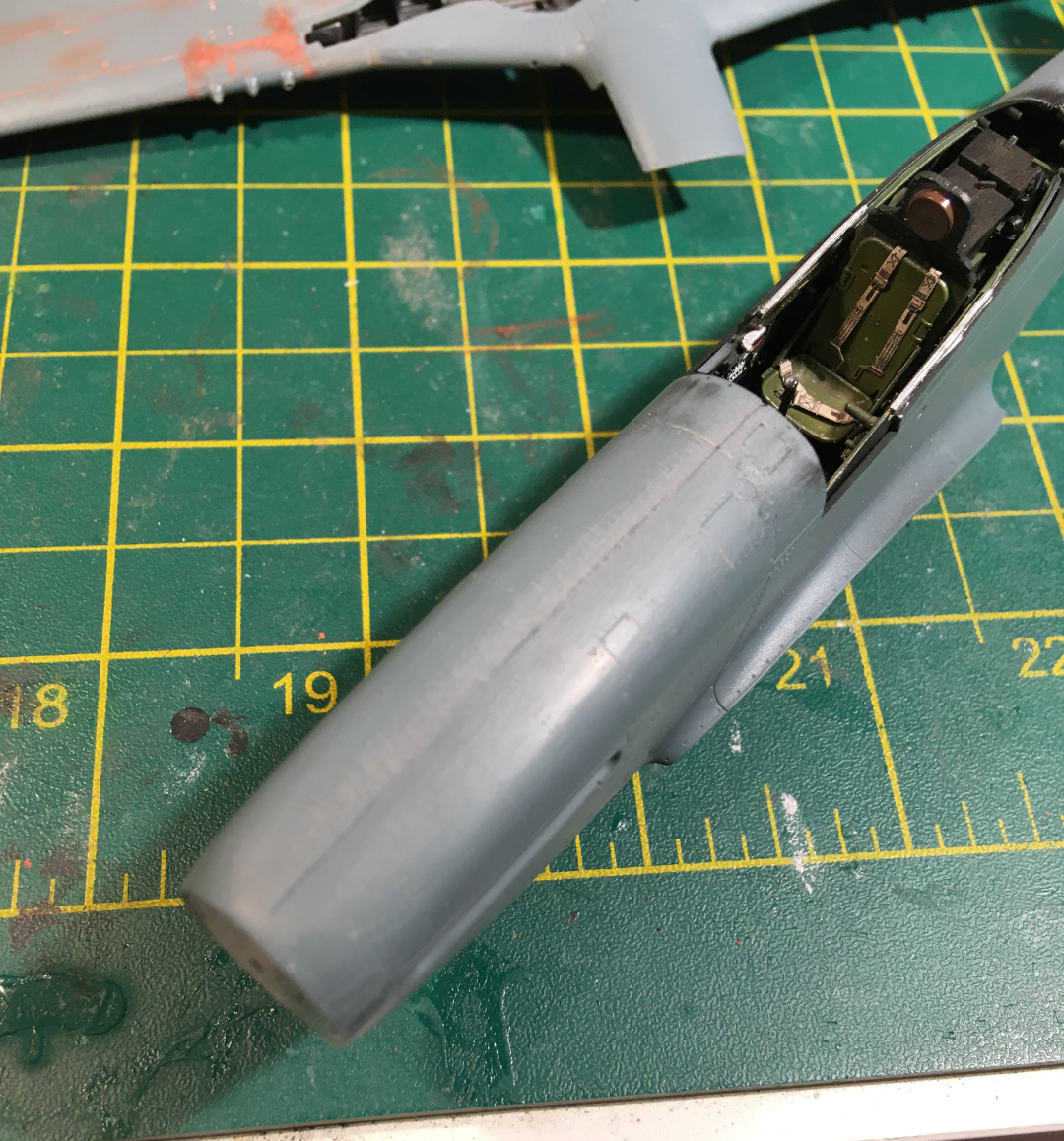 The fit of the fin fillet was acceptable, but not as good as may have been hoped.  However, this area would be extremely hard to work in, so it stayed as is.  I remain unconvinced that this is a better approach than switching out the tail at an easily-worked join. 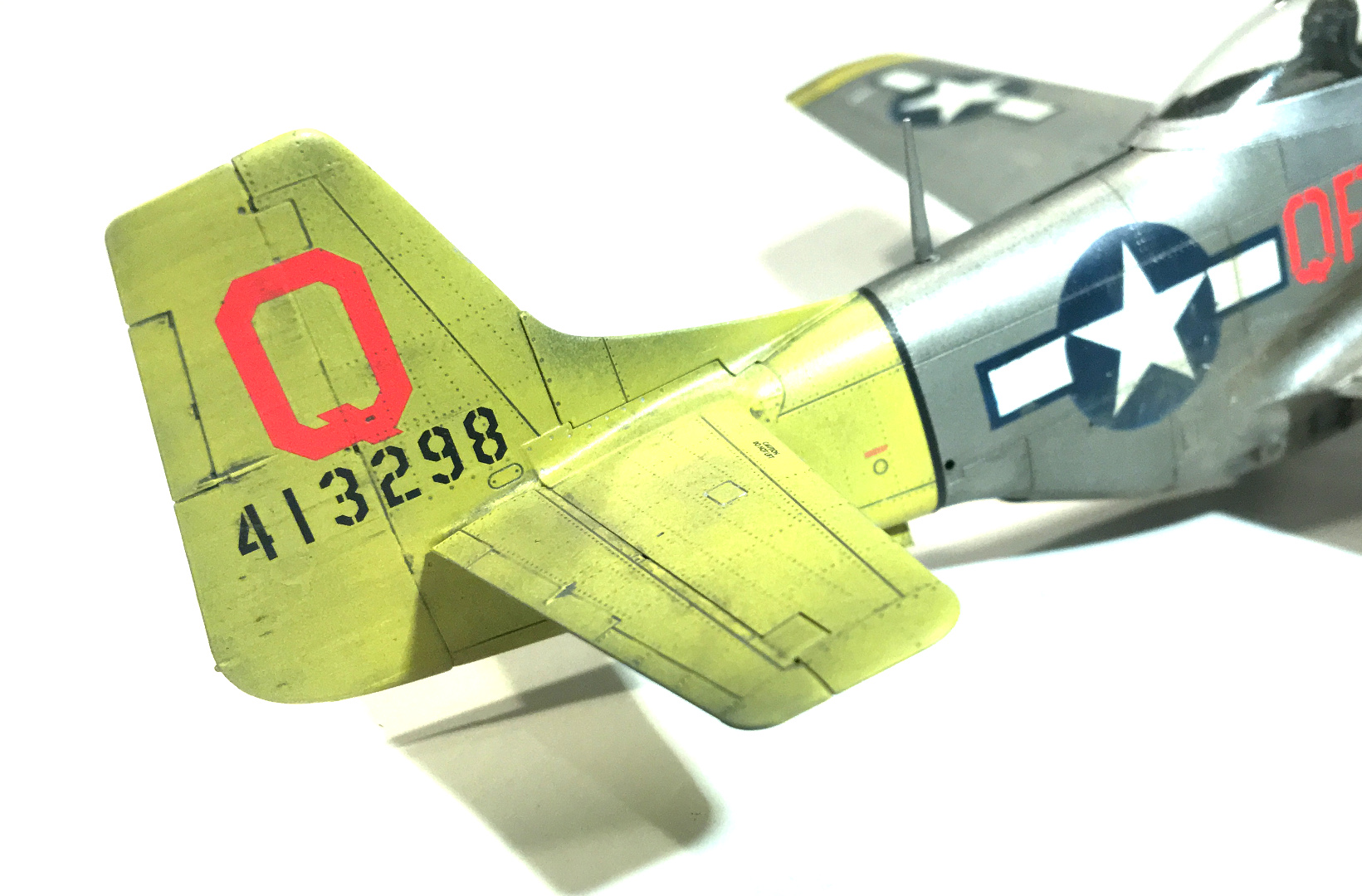 The wings do let this kit down a little.  There are several issues which could lead to the builder ending up with misalignments.  First, the wing halves don’t join as neatly as I would like.  There was a hairline all the way around, easily fixed with a bead of sprue goo.

Then there’s the gun inserts.  Remember how I said these are a nice detail, provided they fit?  The profile is quite different to that of the wing, and was quite a serious putty job to make them fit. 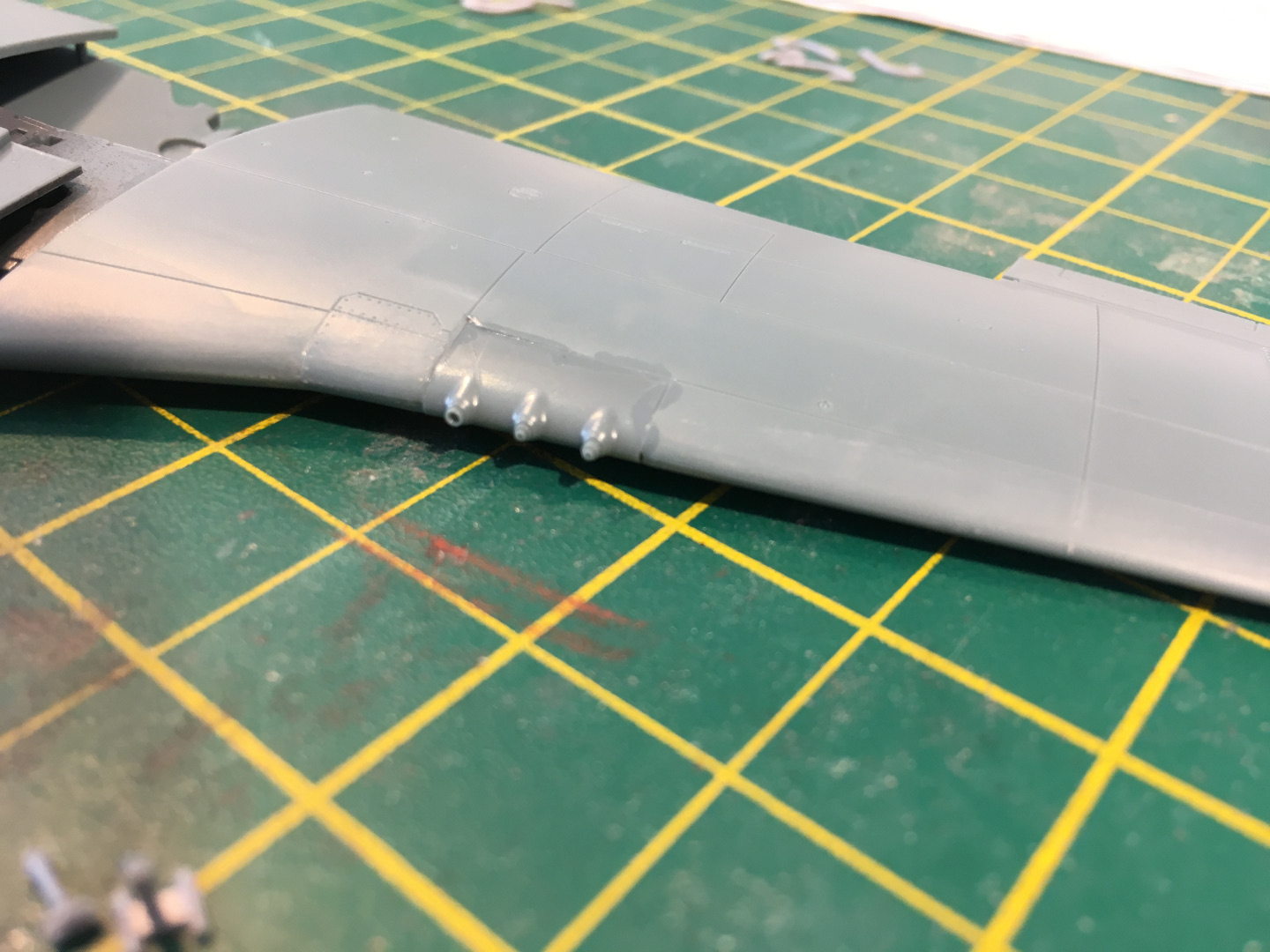 Finally, when you attach the wings, I found my upper surfaces didn’t follow the same profile as the fuselage fillet.  The start well at the front, but stay above the fuselage level, ending up a millimetre or two high.  This was dealt with by gluing progressively from front to read, and this gave a decent fit. 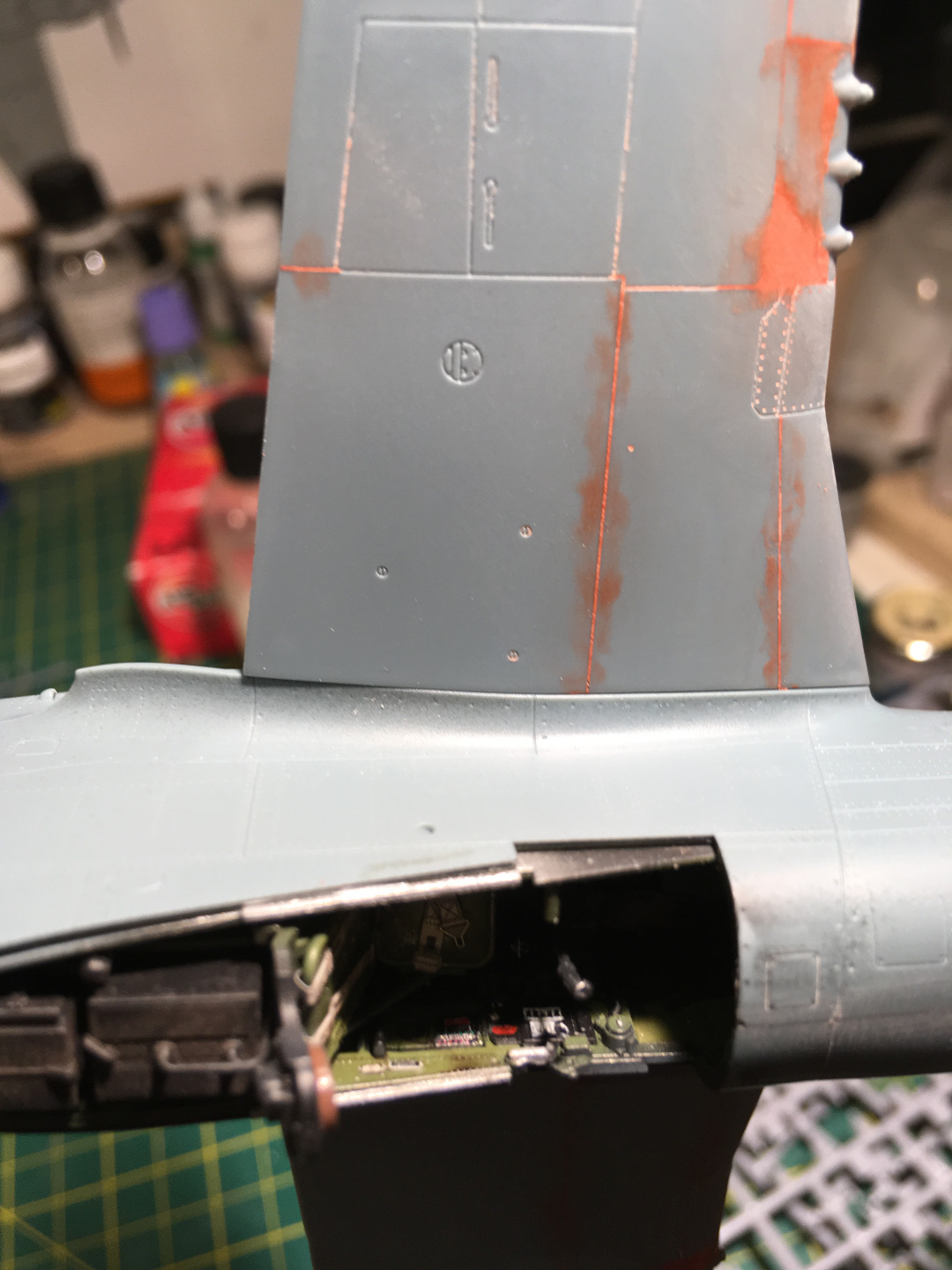 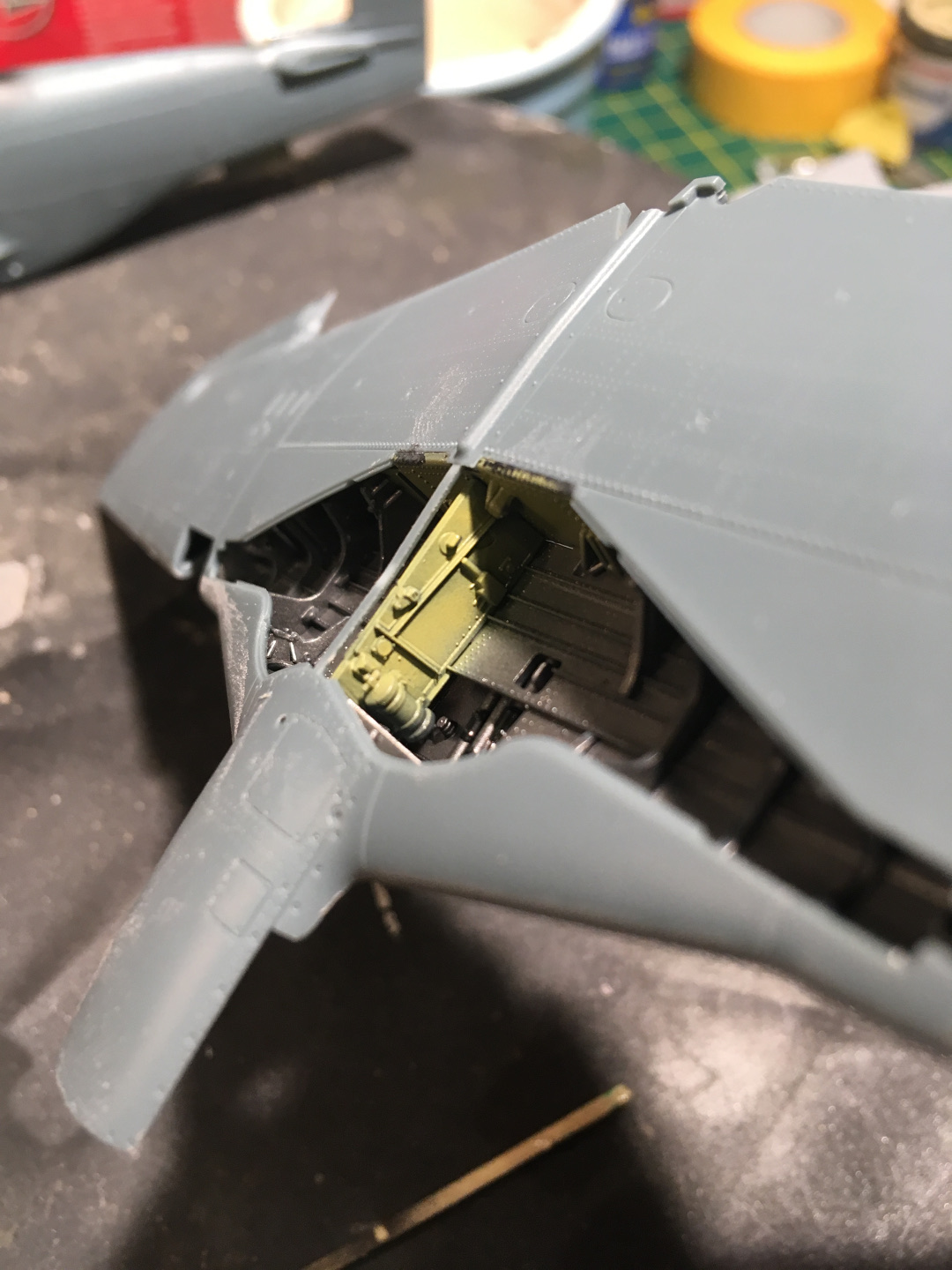 Interestingly for a kit that looks designed to produce many different variants very easily, the basic layout is not designed to be meddled with.  By that I mean that this is designed to be posed wheels down, flaps extended, hydraulic system fully depressurised.  It doesn’t respond well to being hacked about, either.

Although it looks like the wheel covers should pose quite happily closed, a bit of fiddling suggested that they may not sit easily over the wheel wells.  If you want to go down this route, I suggest closing them up before closing the wings, that way you will be able to work them to shape more easily. 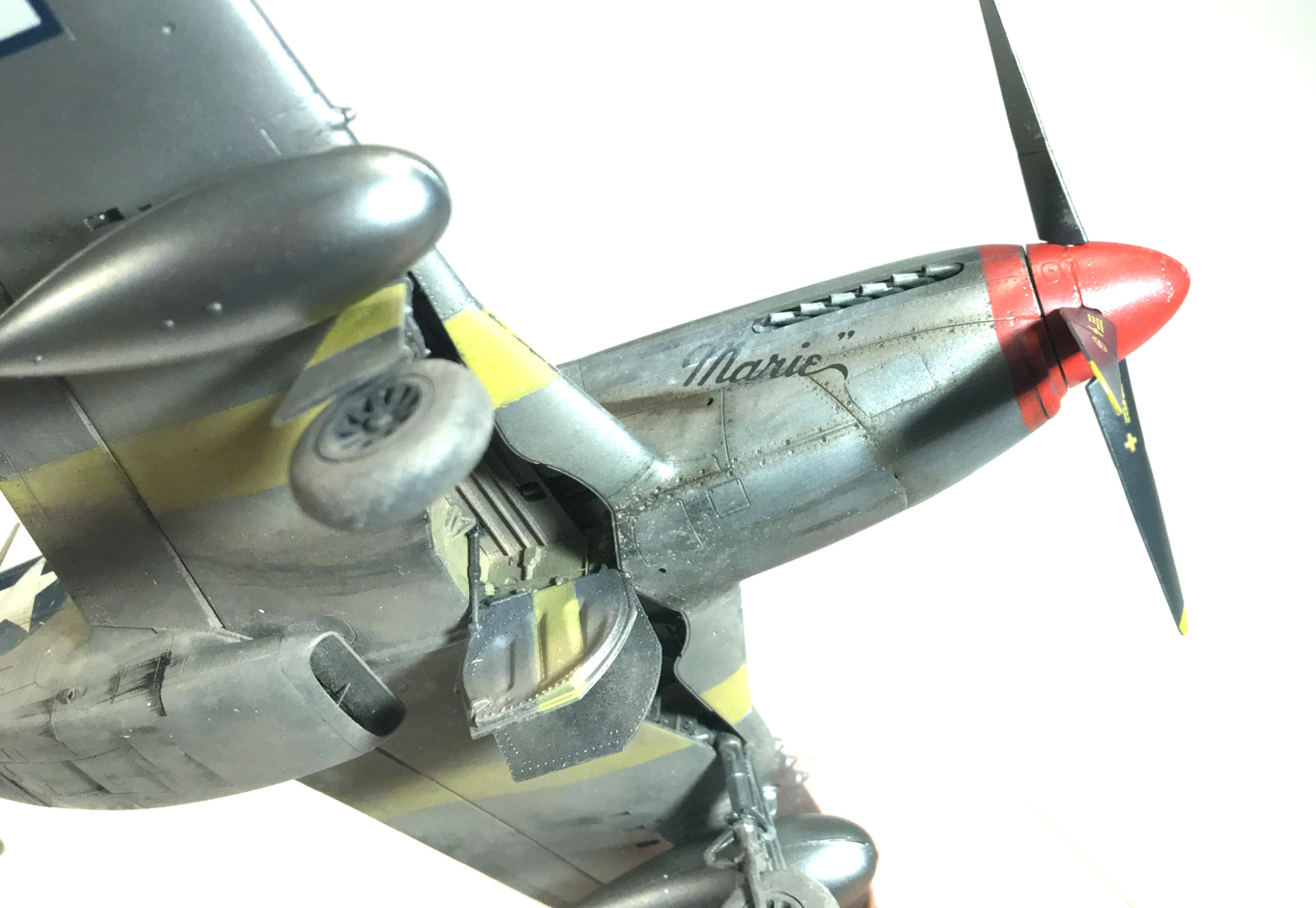 The Mustang’s system slowly depressurised on the ground.  A freshly parked plane would have its inner wheel covers closed, and these would slowly drop open.  This kit is designed to only have them posed fully open, and if you want anything else, there are small locating tabs on the outsides which need to be removed.

The flaps are moulded in the fully-down position.  I thought I would try posing them up (such hubris!) and although I was able to trim them into a flat position, I then found that the depth is slightly wrong: they remain a bit thick at the outboard end.  I never really got them to fit properly. 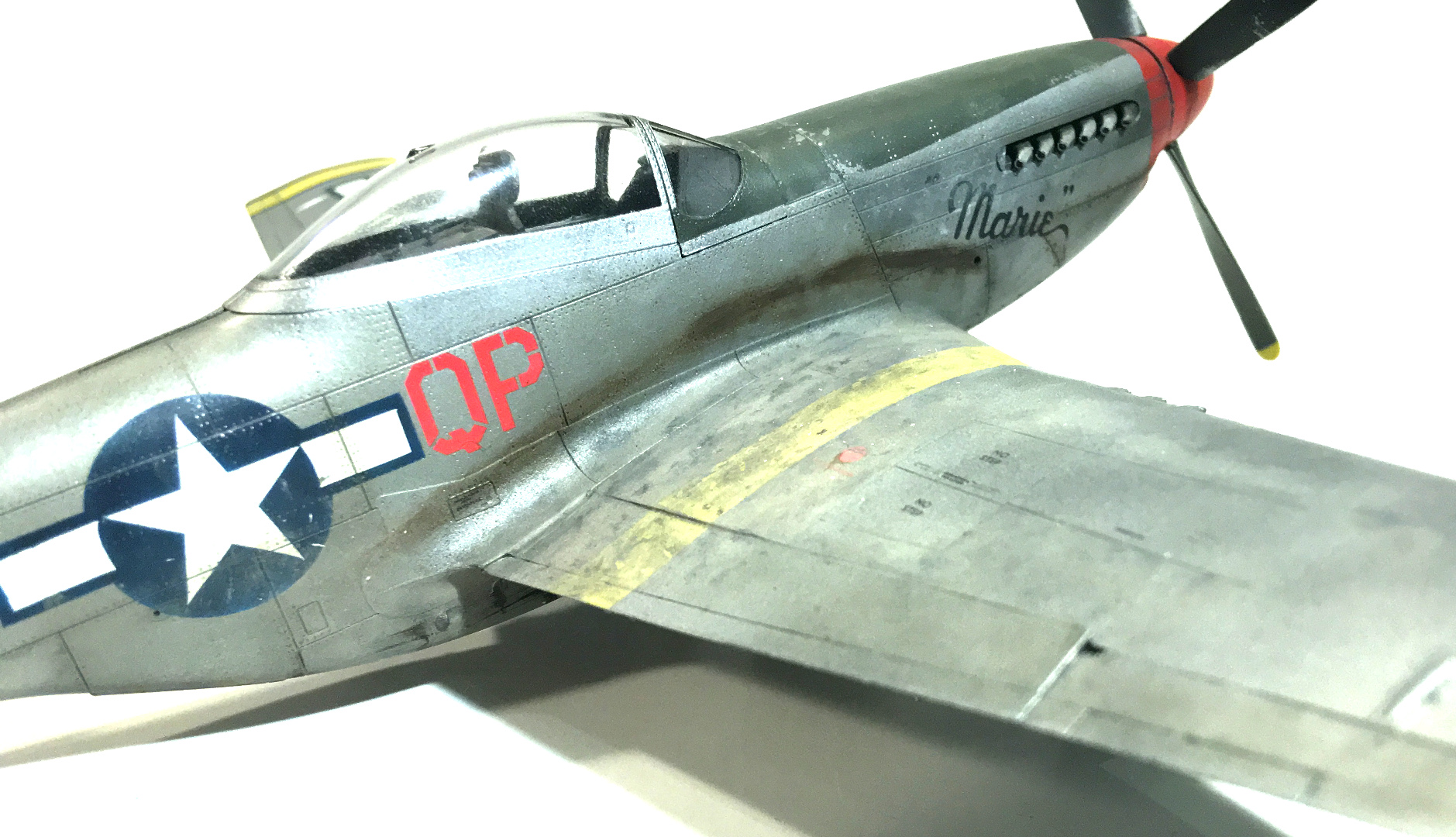 I really enjoyed this build.  This new 1/48 P-51 is a great little kit, but it is Eduard good, not Tamiya good.  I’ve heard people saying it’s flawless, that if it were scaled up to 1/32 it would give Tamiya a run for their money, etc.  It just isn’t.  It isn’t Tamiya good.

But that’s not a bad thing: it is Eduard good.  It’s not the easiest kit to build, it has its idiosyncrasies, but it has very nice features.  Eduard’s sweet spot is making a decent base kit, then reboxing it to cover every single version, service theatre, and famous plane you can name.  This isn’t just a nice new P-51D: over the next few years you will be able to build any P-51D that saw service; probably the late-model aircraft from the Korean War; even the B version is coming from this tooling.

Topnotch insignia masks were used for the stars and bars. 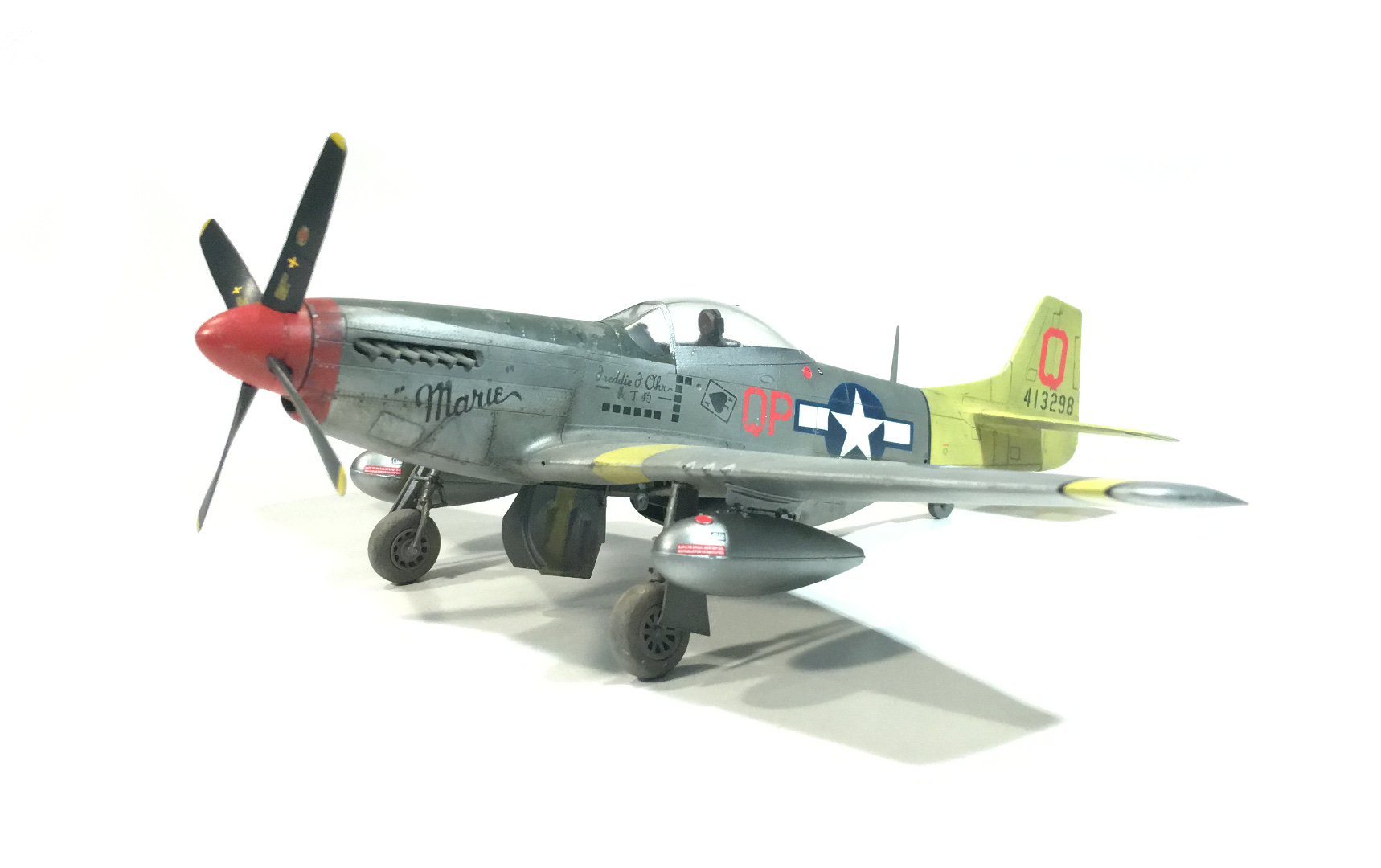 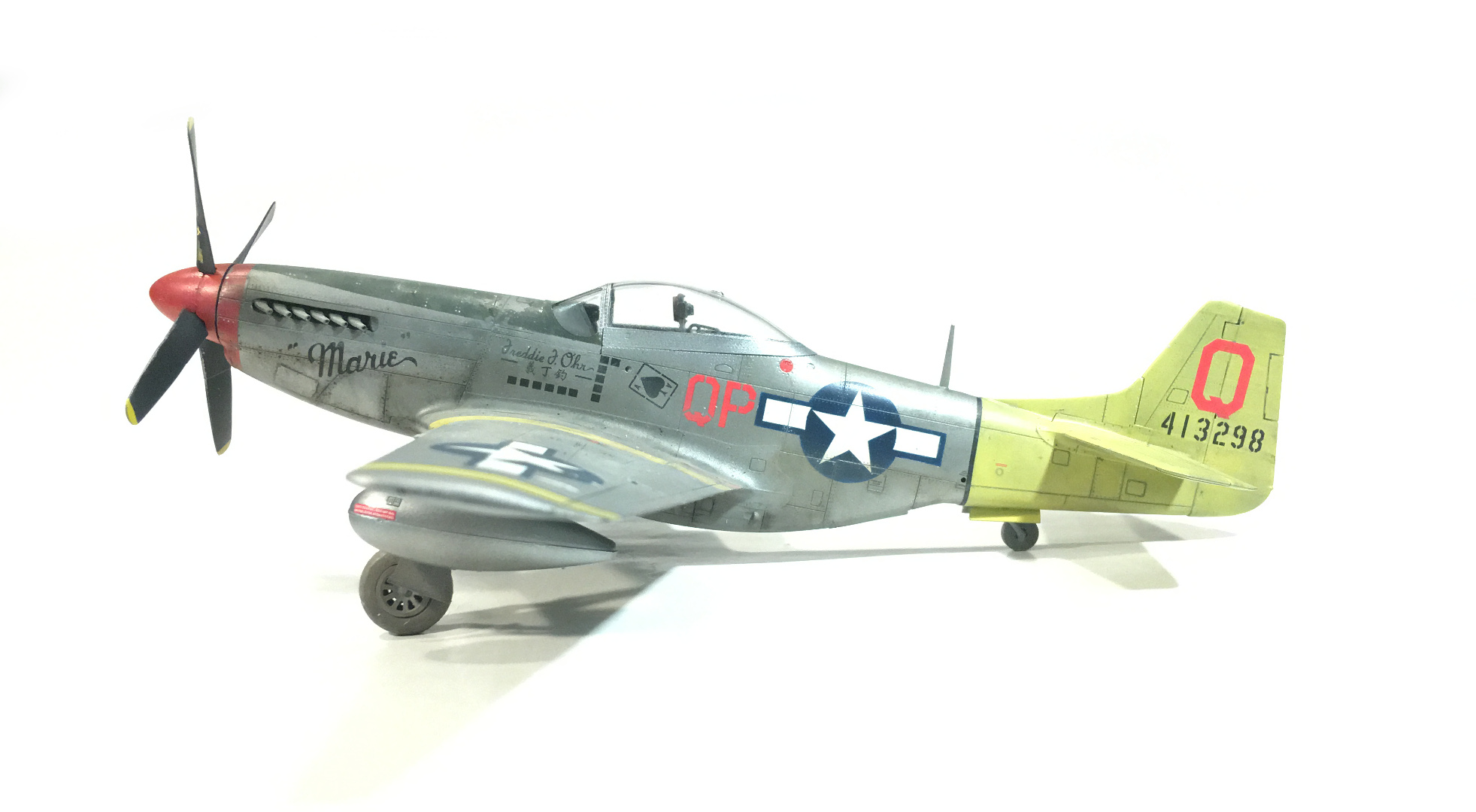 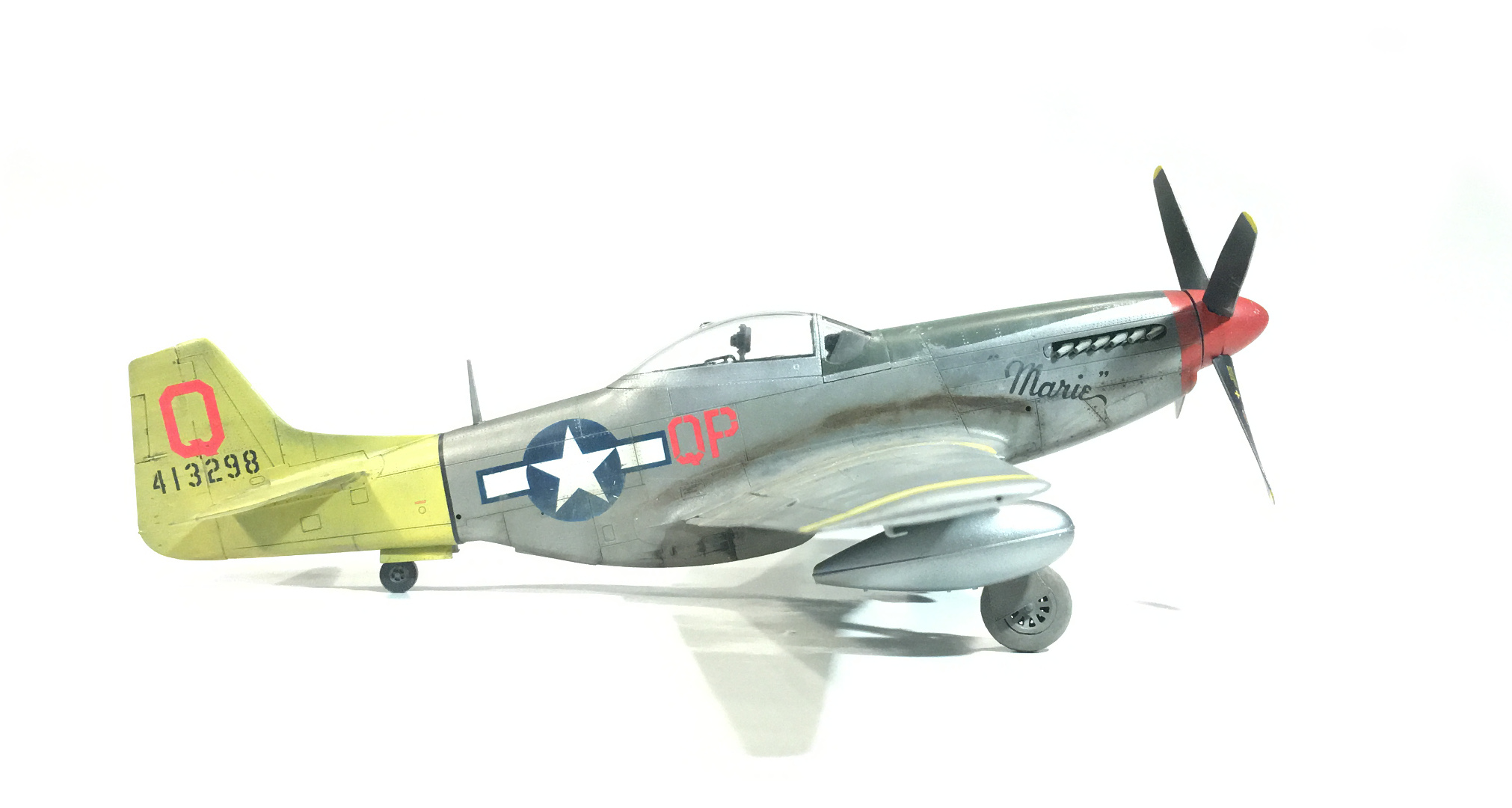 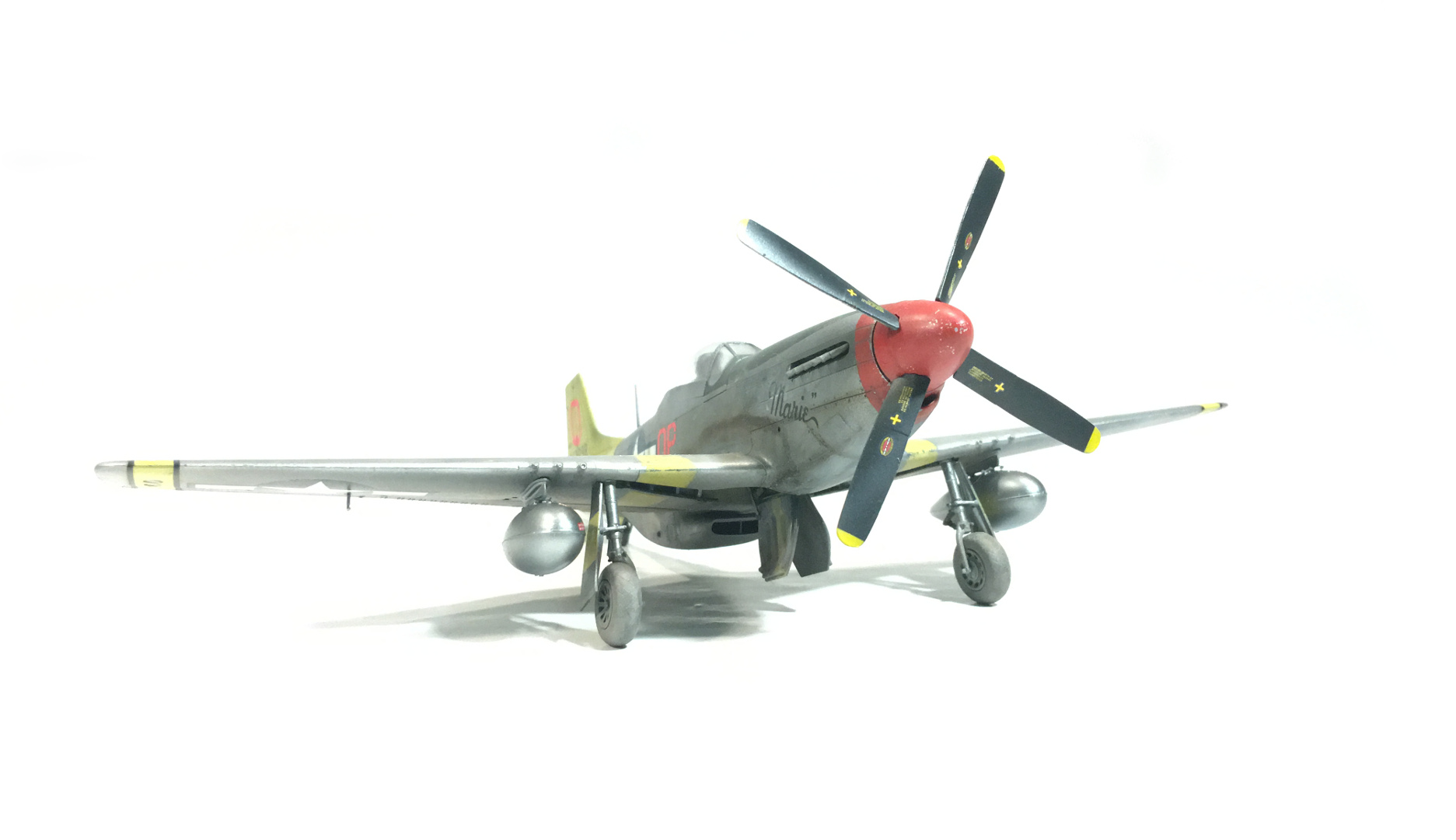 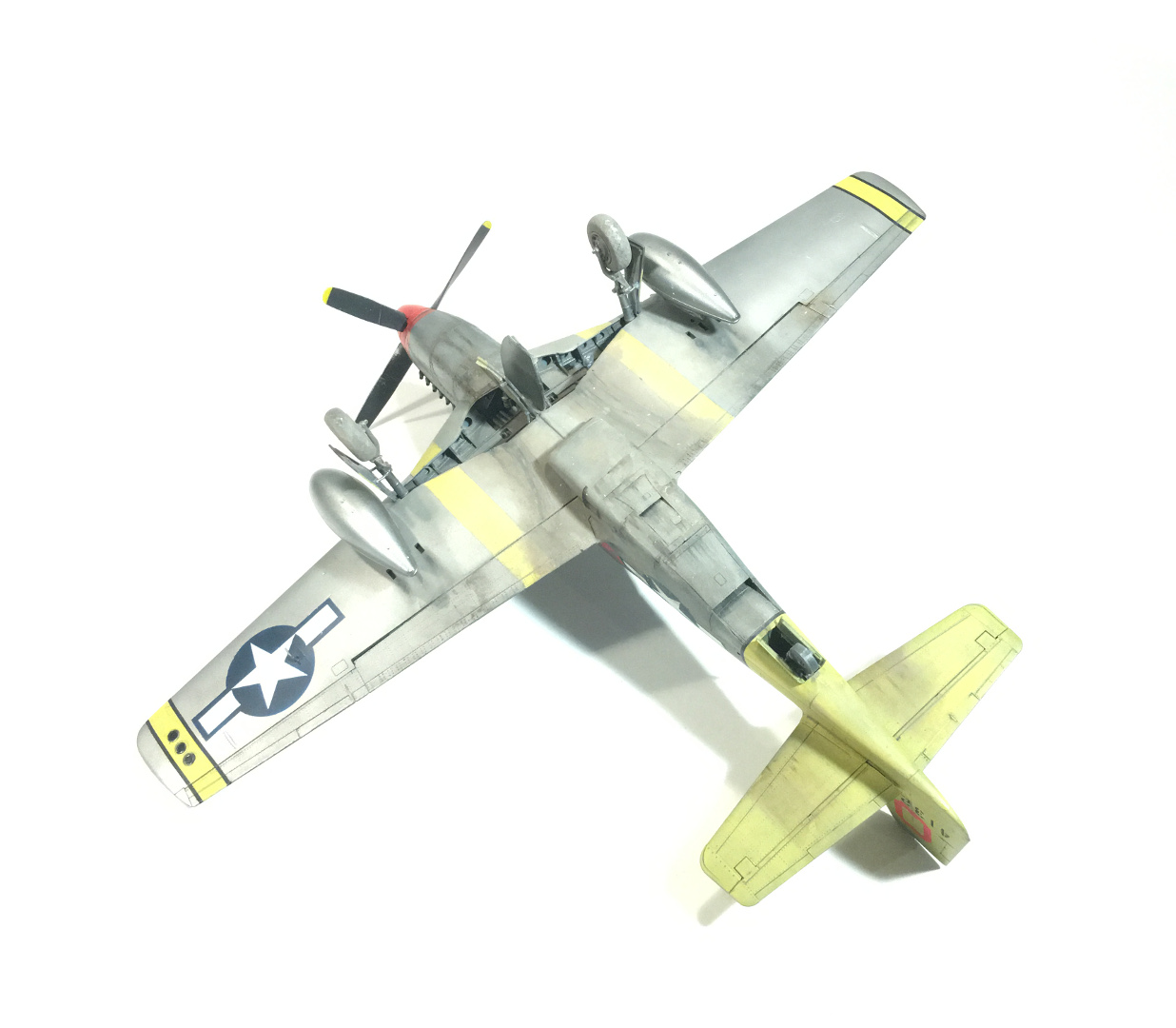 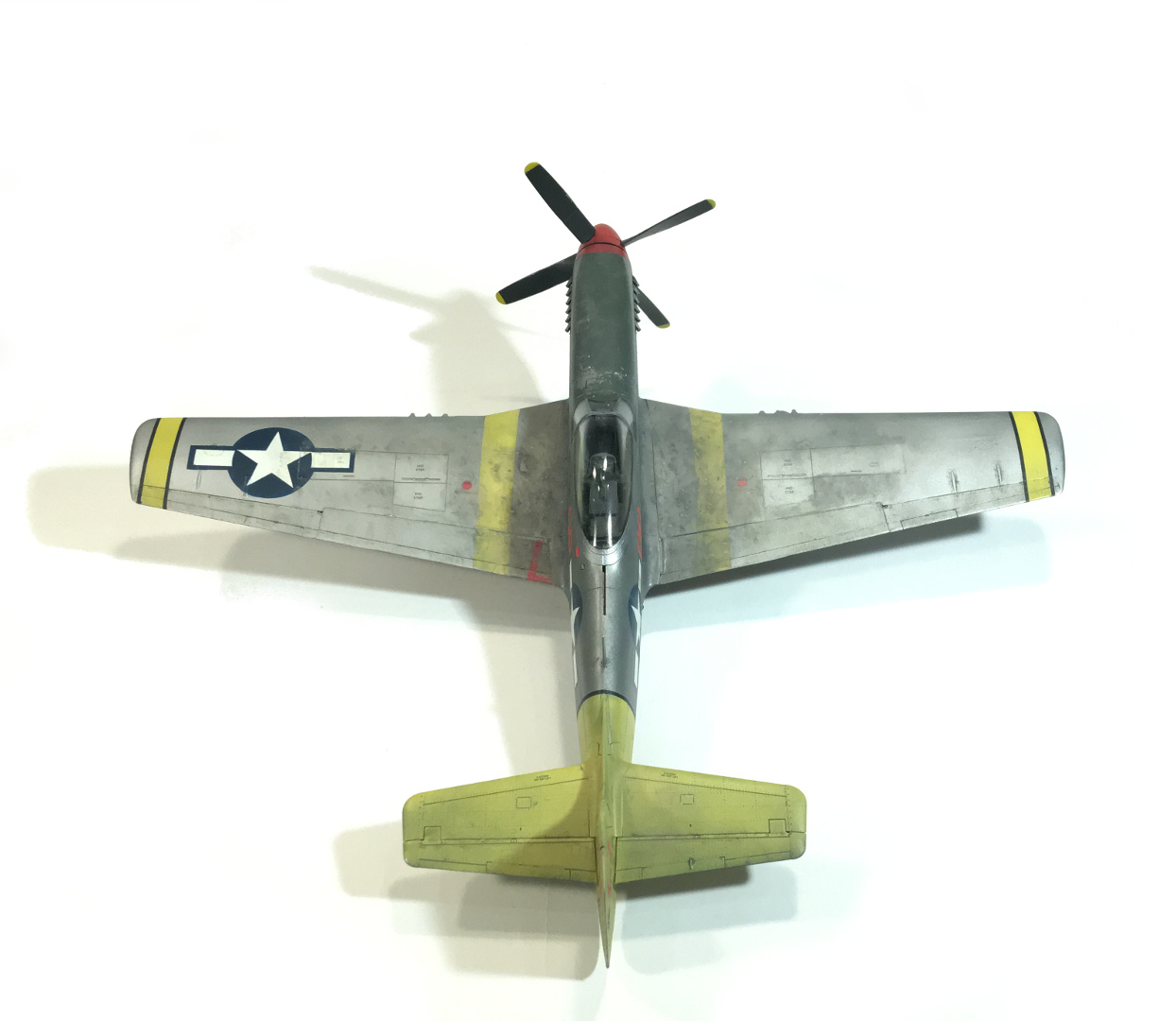 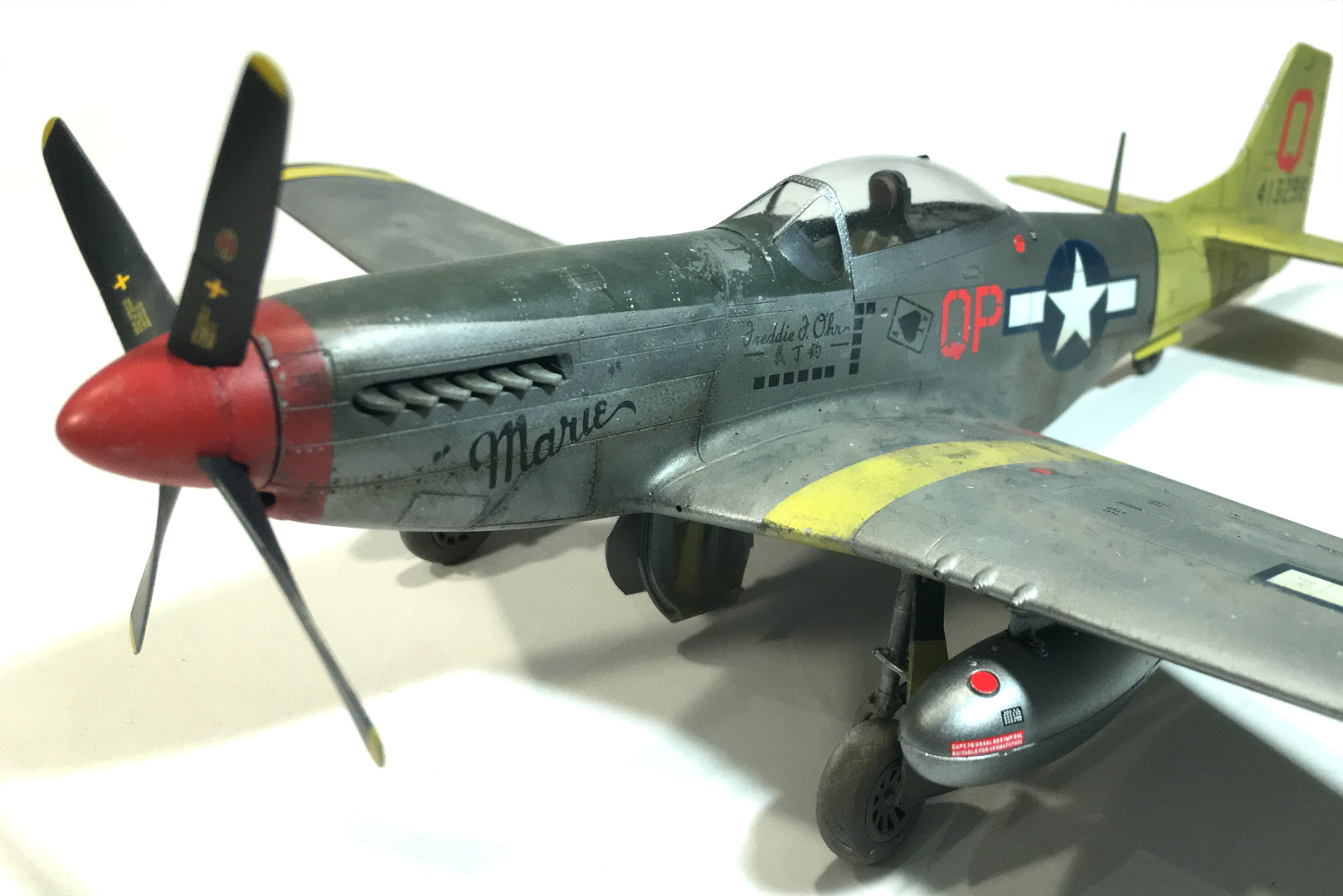 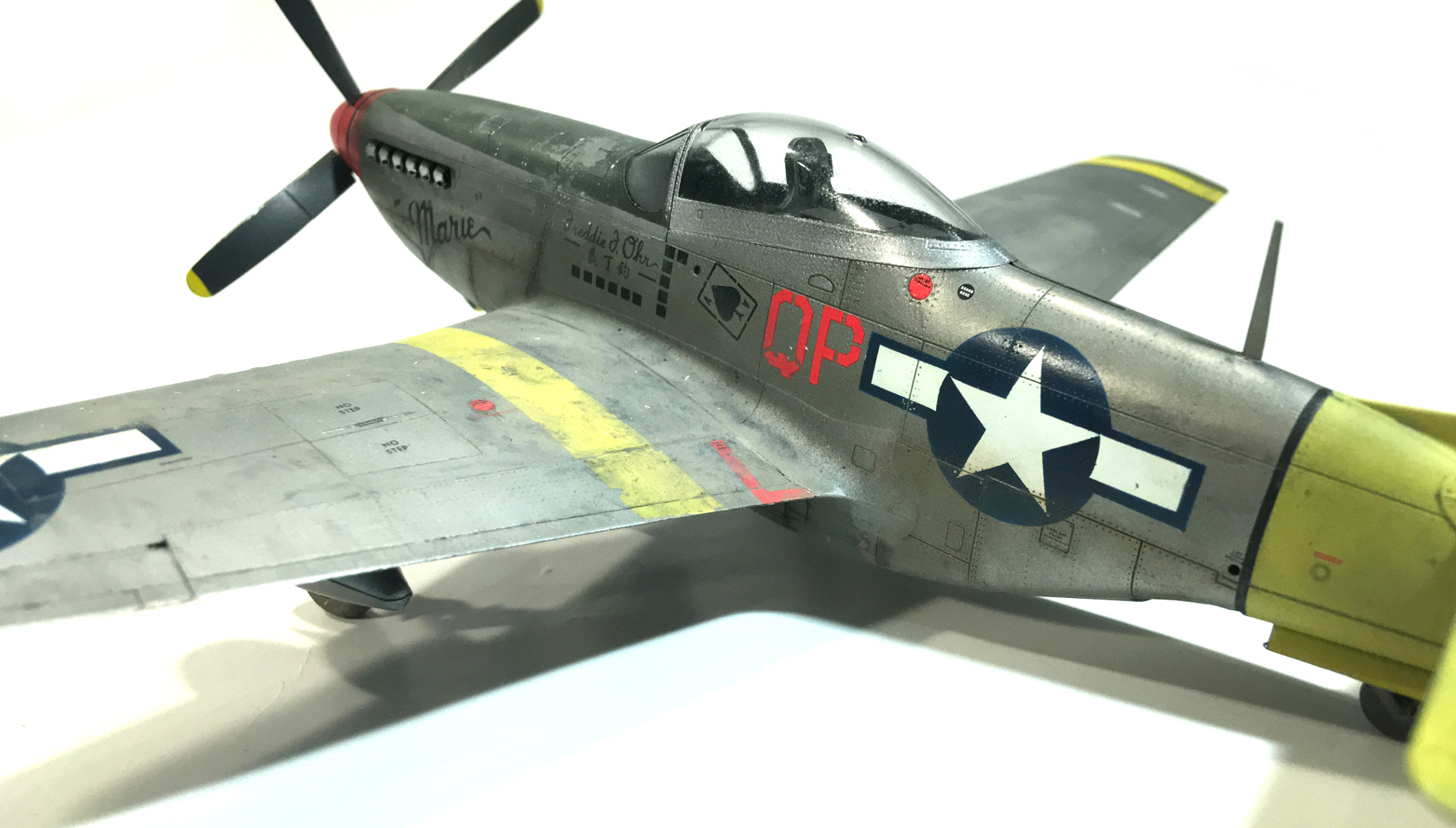 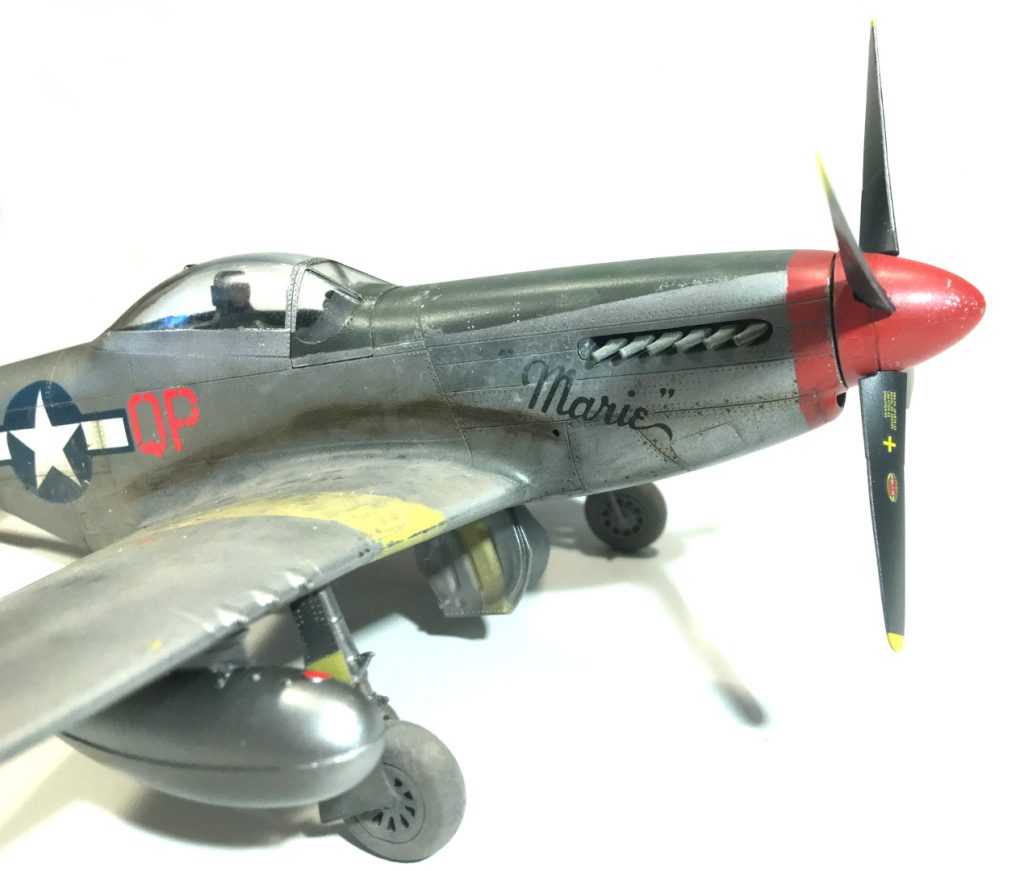 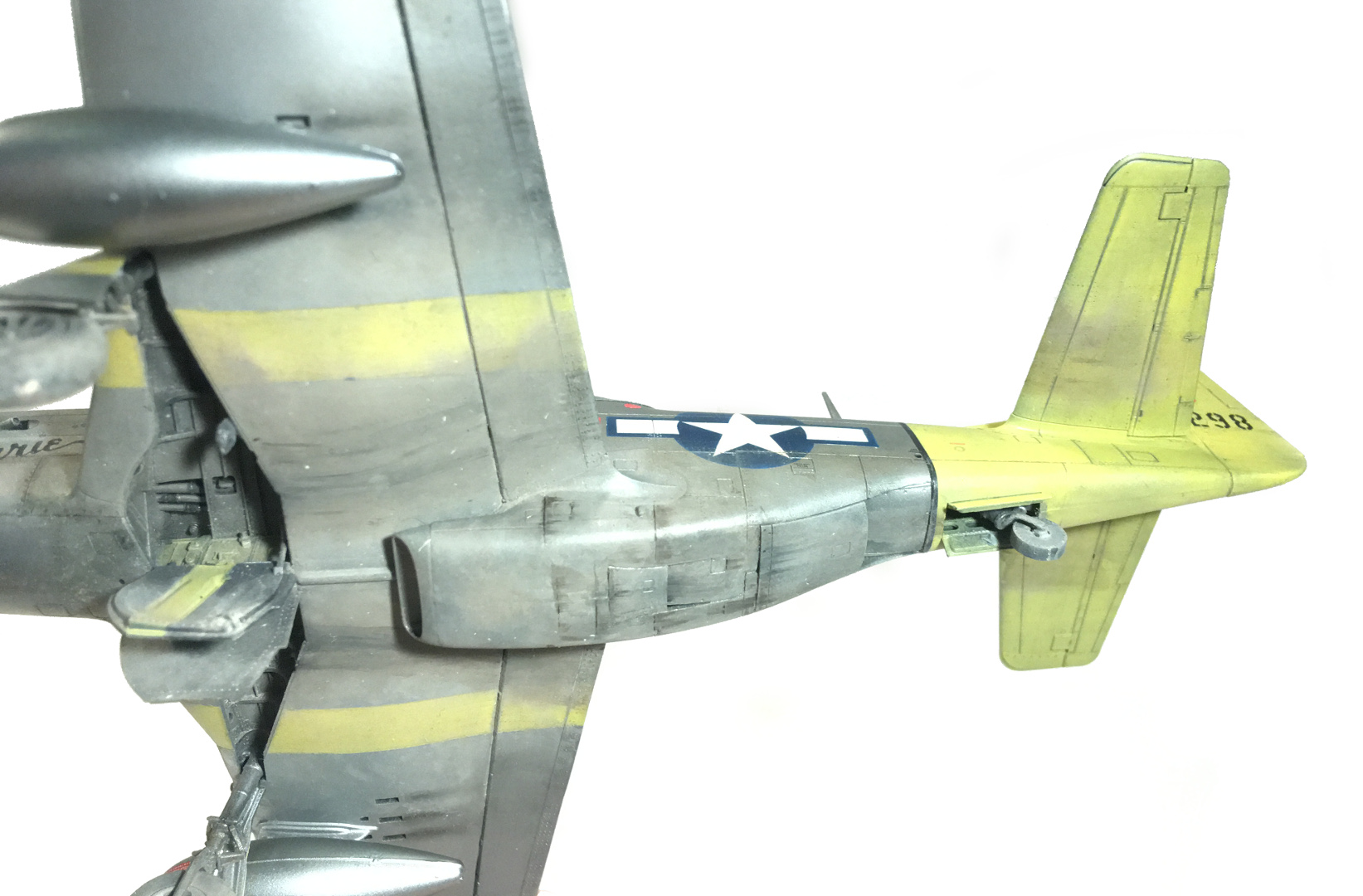 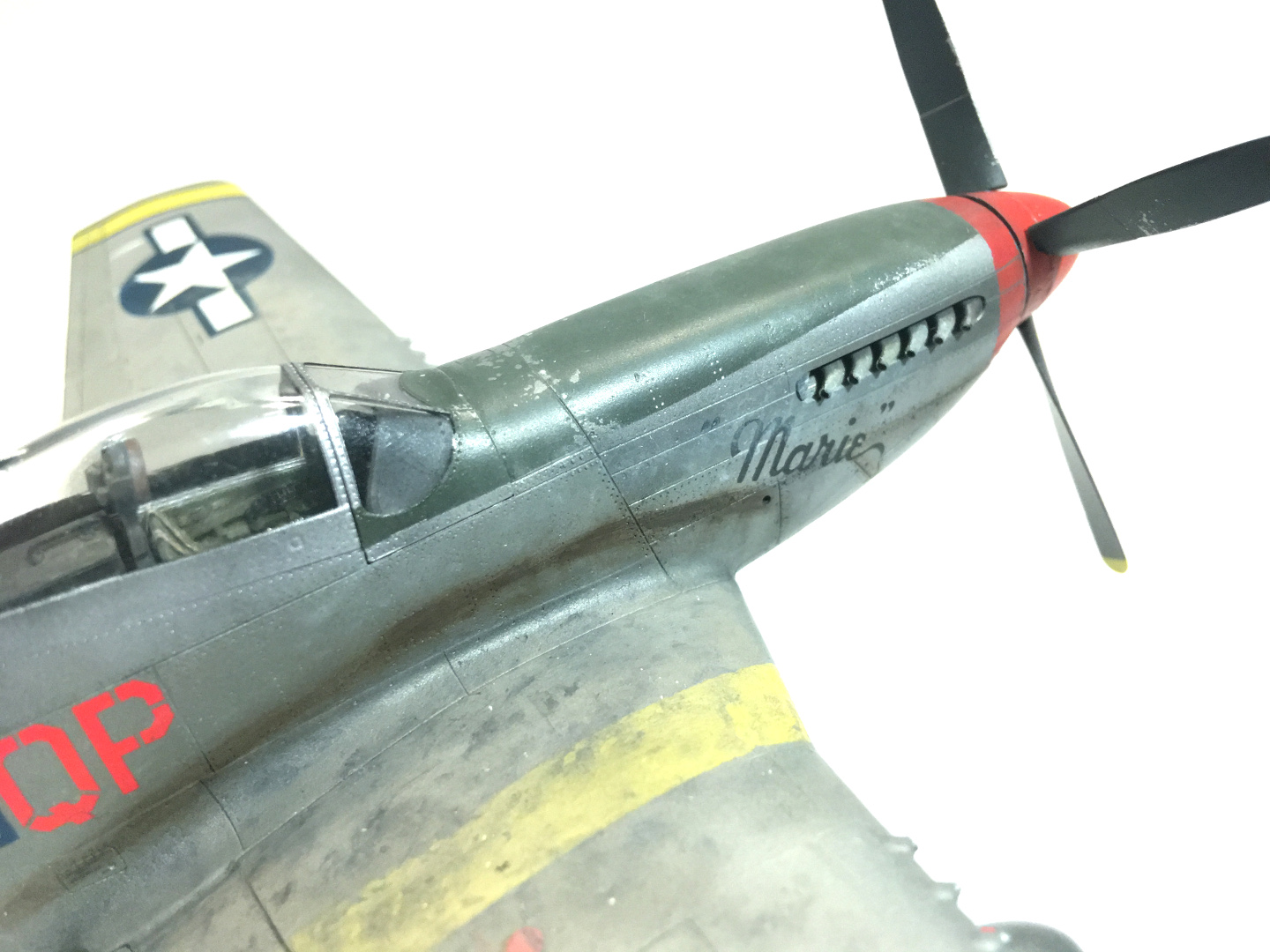 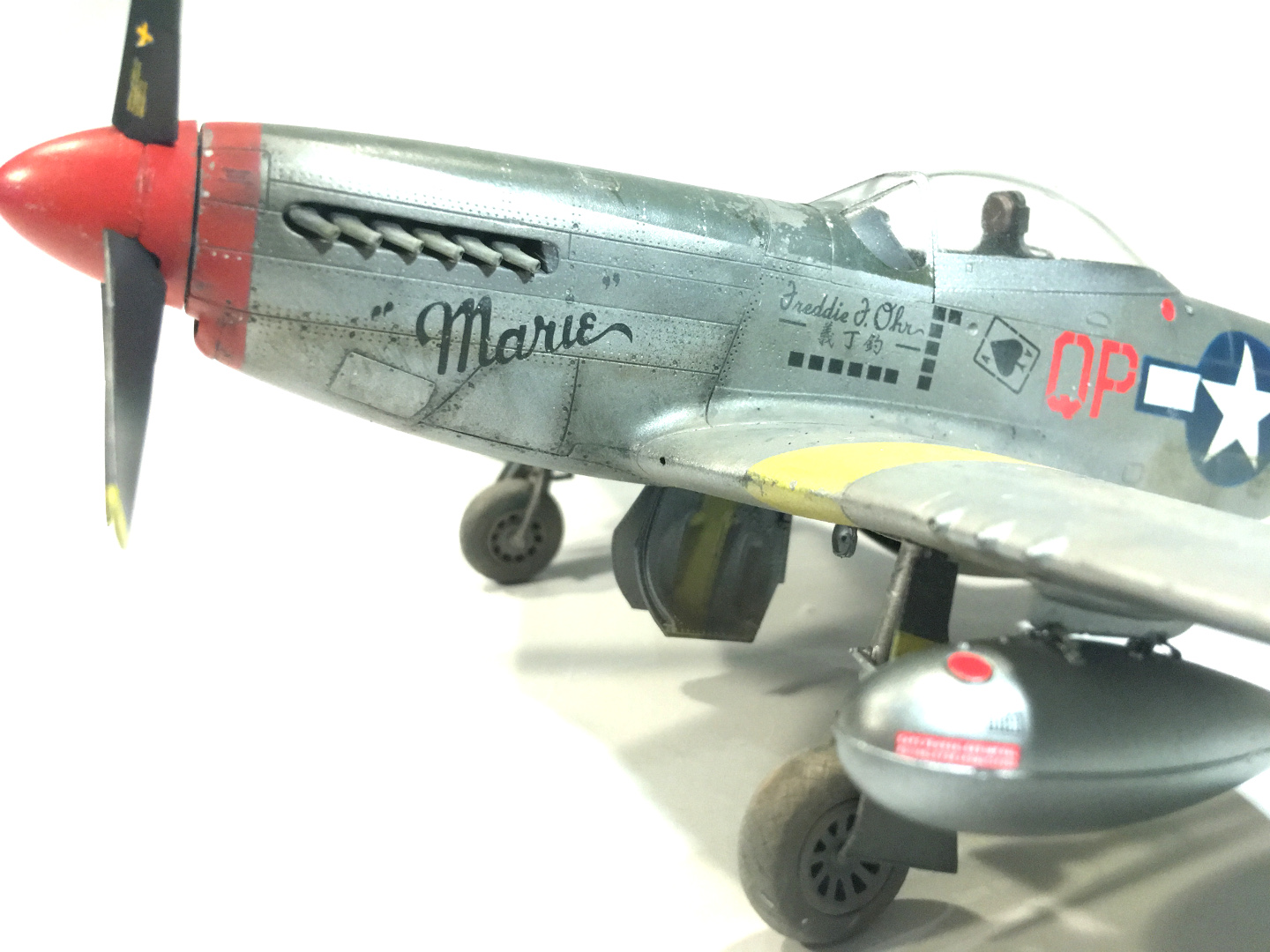 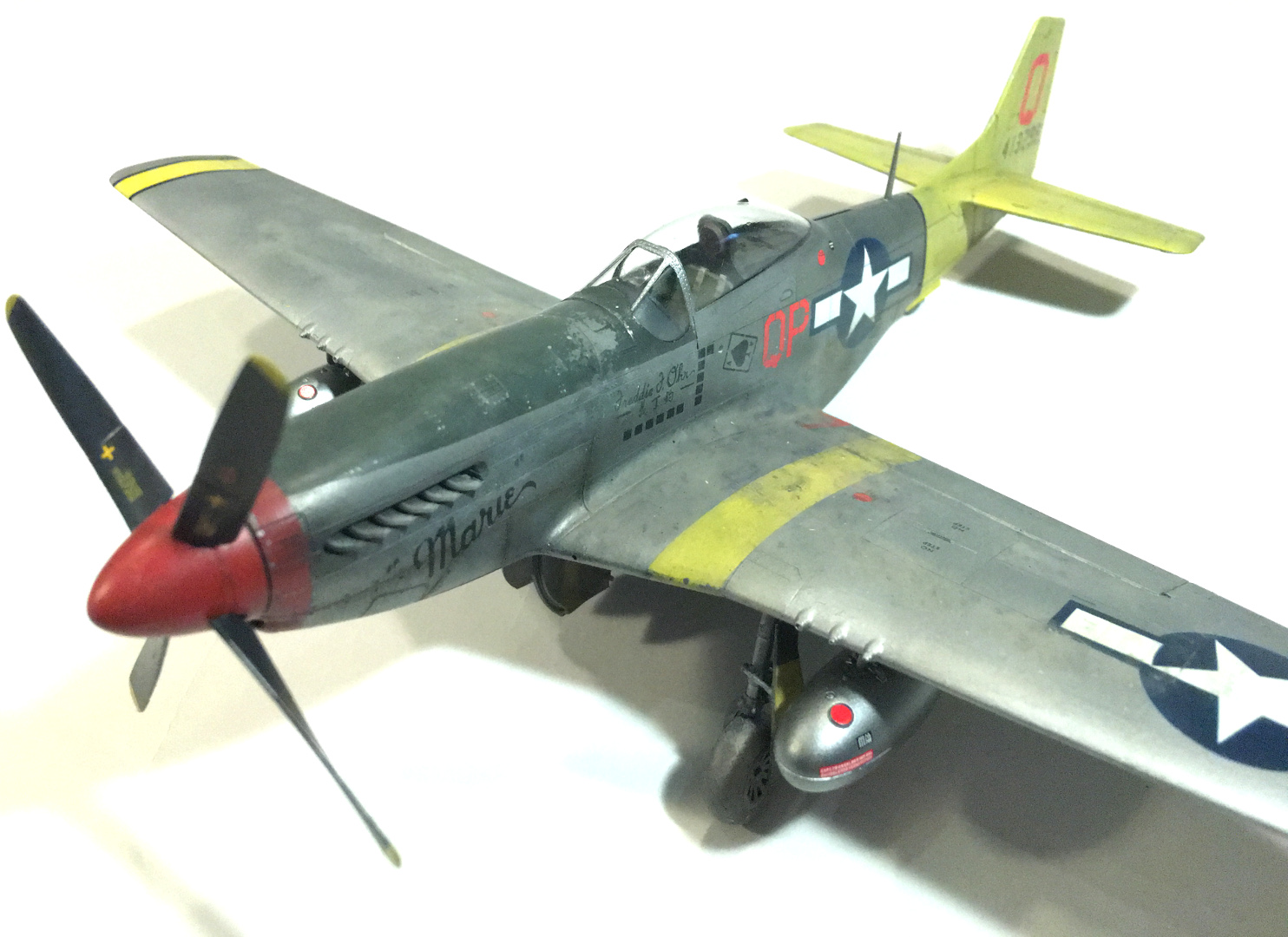 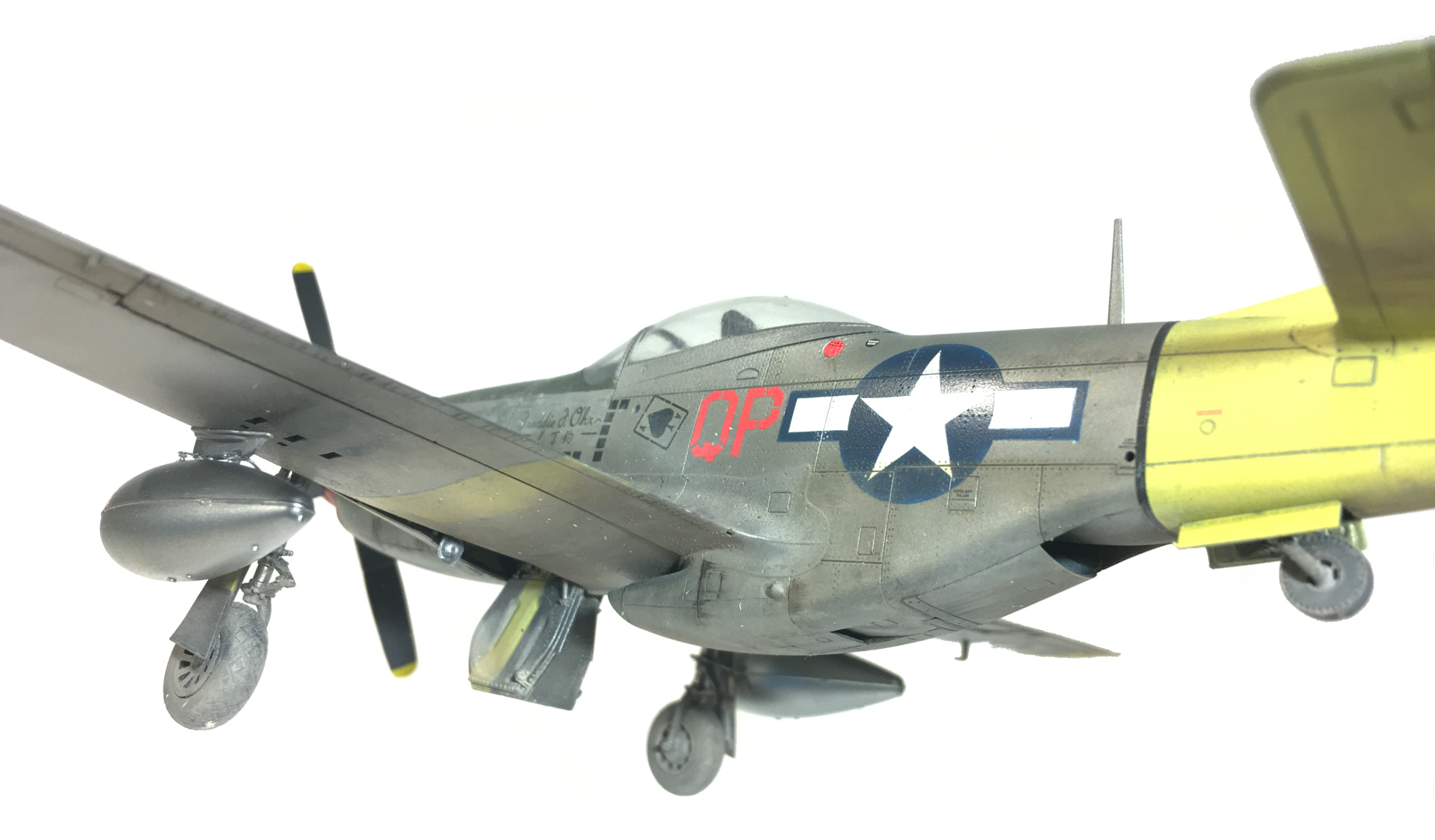