Back around the turn of the millennium, I loved the PC flight sim Comanche 3.  This took you into the world of a helicopter that blended stealth and firepower, having to figure out the best way to approach various mission profiles.  It was great fun, and it made me really like the RAH-66 Comanche.

This was one of the more interesting stealth projects, and sadly one that was to be cancelled a few years later.  This was the time of the hyperpower, the concept that because the ideological battle of the Cold War was over, there would only be one superpower as everyone embraced free market capitalism and democracy as if these were synonyms, and that great power rivalries were a thing of the past.  Never again would anyone need to penetrate heavily defended airspace in the teeth of a multi-level integrated air defence system. 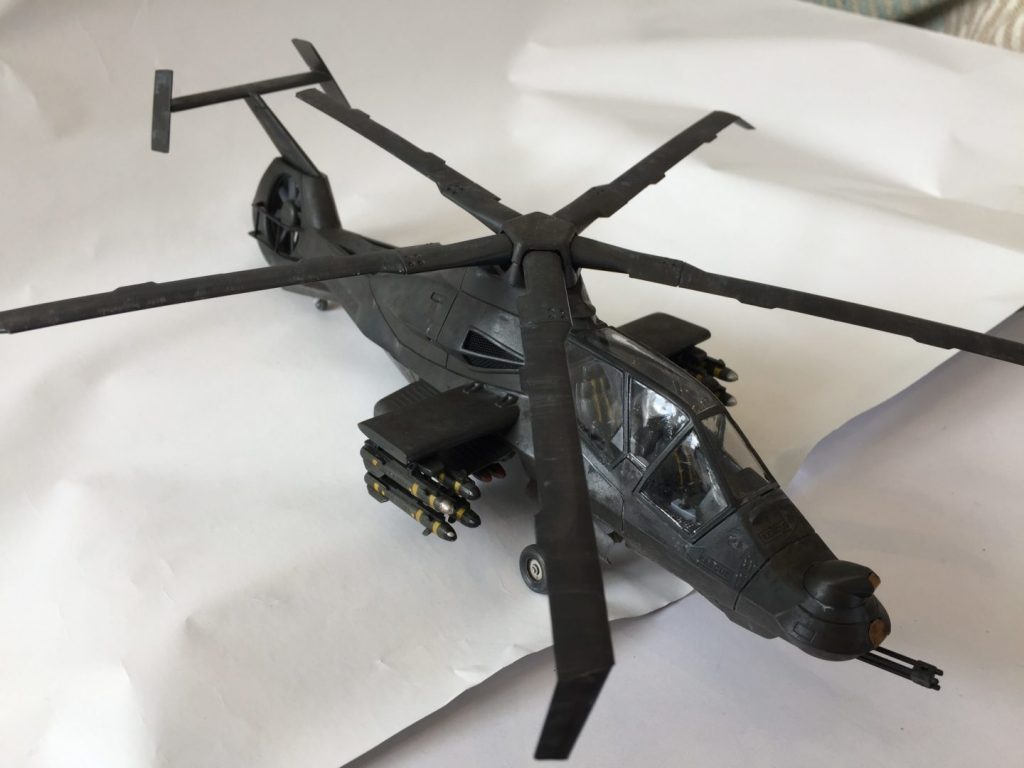 So today that decision looks a bit short-sighted, and that leaves the Comanche as a helicopter that might have been.  I still like it, so when I saw a 1/48 kit cheap on Facebook, I decided to get it.

This is the Italeri 1/48 RAH-66 Comanche, a kit that dates from 1998.  I was a little surprised to find that despite being around that long, there didn’t seem to be any reviews on Scalemates or indeed just about anywhere else.  It appears that the Revell one is a rebox of this kit. 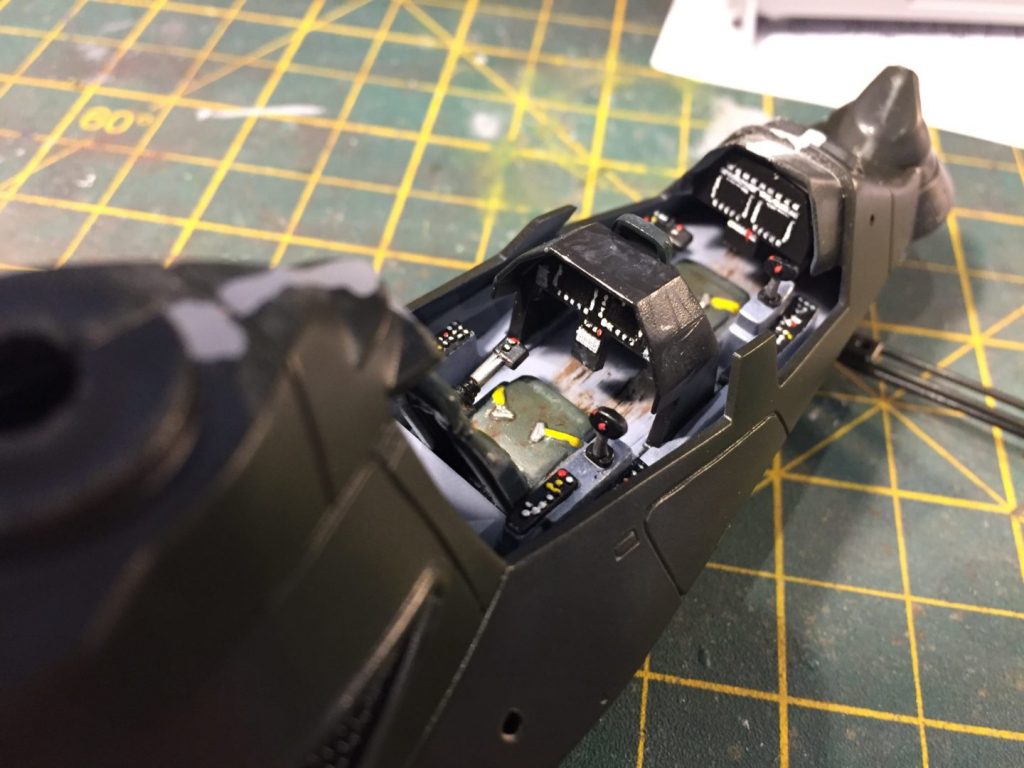 I bought this cheap.  Really cheap.  Yet when I opened the box I wondered if it was even worth building it.

In the end I decided to go ahead anyway, because it would be interesting to practice oil paint weathering with, and I wanted to play around with making an interesting looking Helo Drab.

The kit arrives on two sprues, most of which are taken up by the fuselage halves, rotor blades, and then the twelve Hellfire missiles, each split in half.  Other than that, you get optional stub wings, landing gear, internal bays, a very basic cockpit, and positionable upper FLIR sensor and cannon. 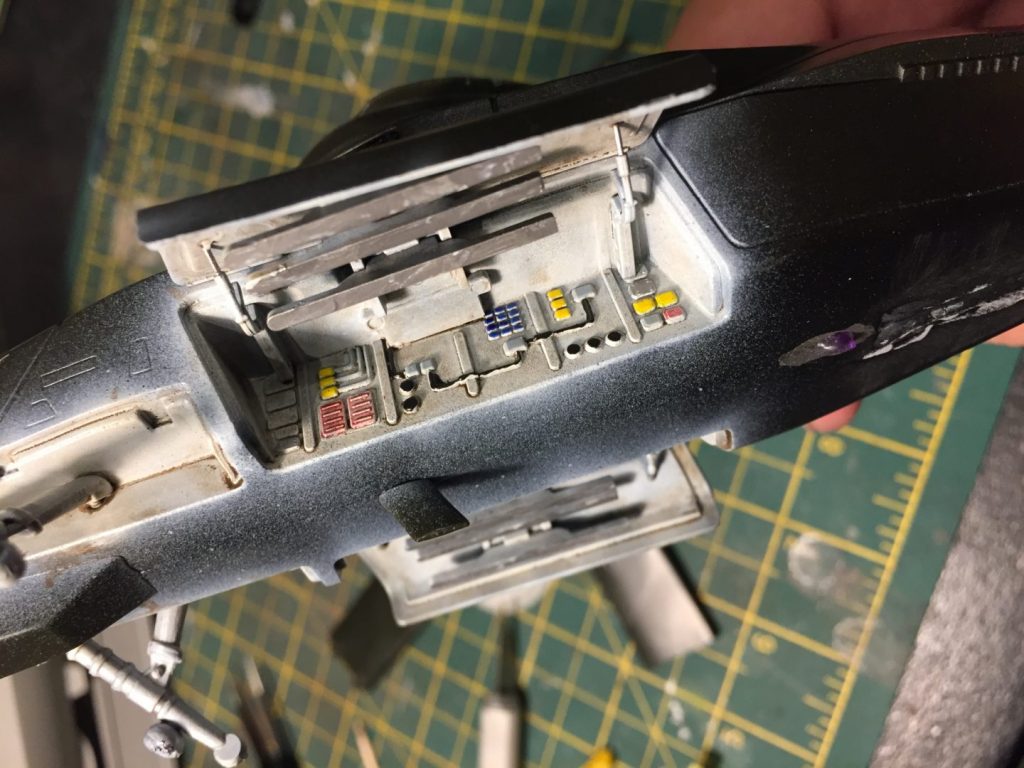 It’s a 90’s Italeri kit, and that’s what it looks like.  Detail is pretty large and basic, with a few wires and boxes in the weapons bays and some buttons on the pilots’ consoles.  Fortunately, the outside of these aircraft was quite smooth, lacking the prominent RAM detail which often attracts complaints of being overscale, so the only issue there is panel lines which are wide and deep.

This is a very simple kit and assembly is straightforward.  There is one curious element however: the stealth mesh over the intakes is represented by a plastic cloth which much be cut to shape and stuck in.  A template is provided and I found sprue goo to be ideal for securing it. 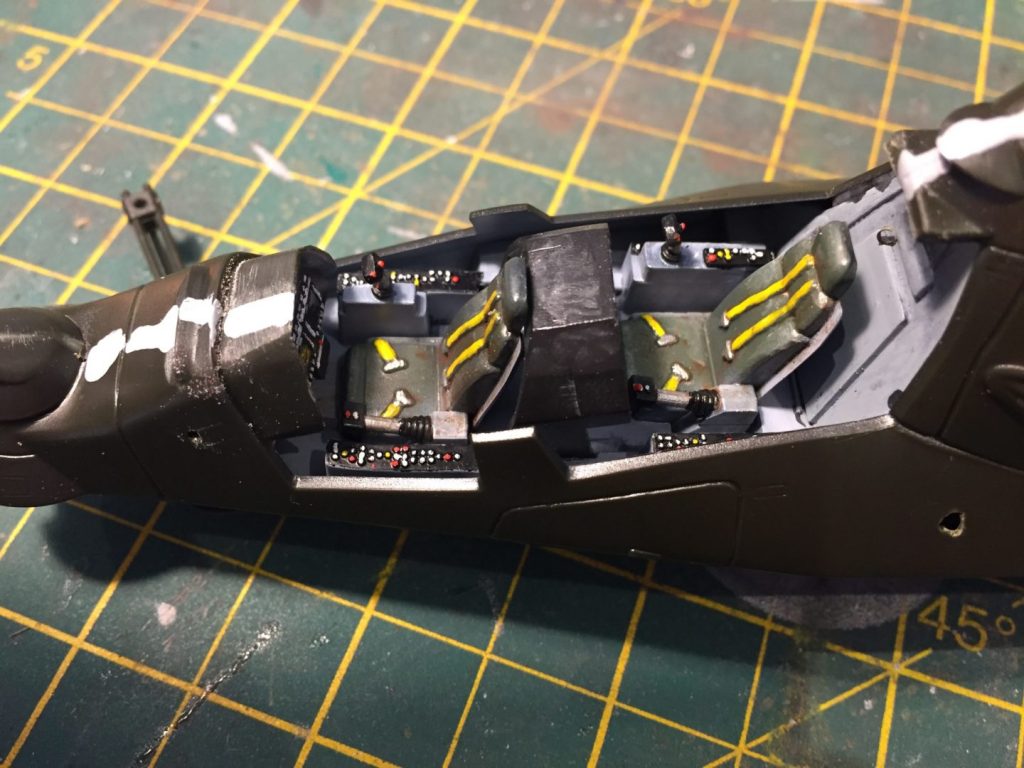 The Comanche is split left to right along the fuselage, with the join line being in the missile of a flat(ish) panel.  The left and right halves do not align as neatly as might be hoped, requiring considerable depth of material to be added and removed in order to smooth the join.  Further, the panel lines don’t all quite line up, so these also needed to be slightly re-cut in places.

I took a leaf out of The Combat Workshop’s book and dirtied up the missiles.  I also had a go at recreating an array of seeker heads seen on operational aircraft.  The ends of the cannon barrels are convex domes so these were drilled out a little. 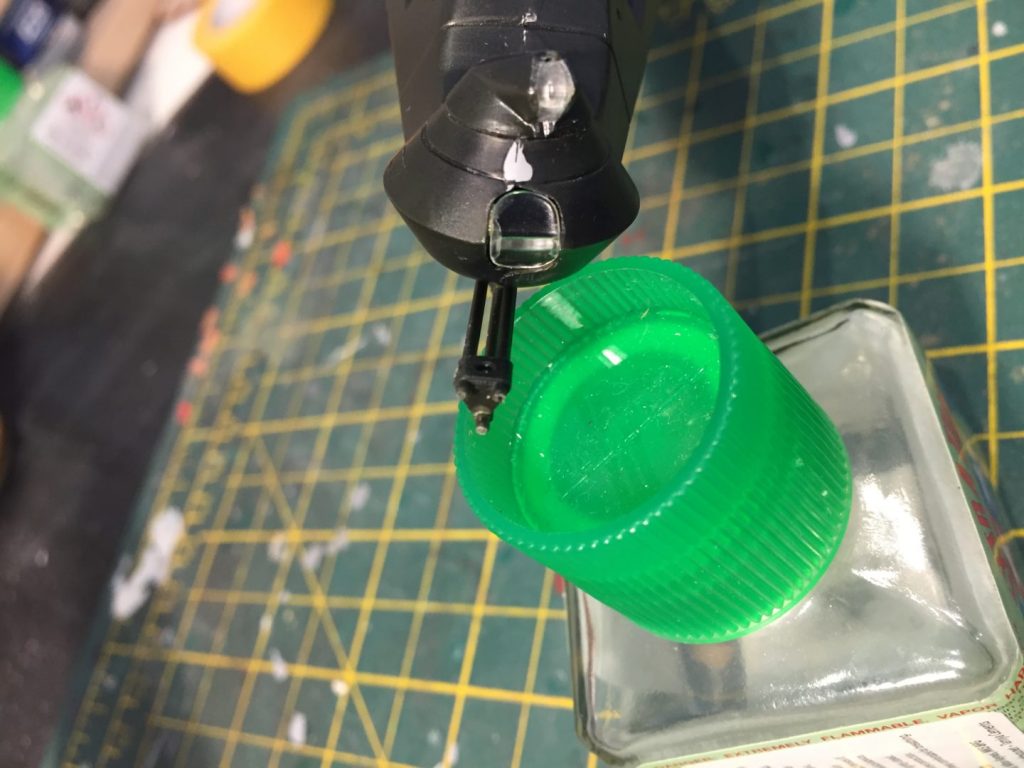 The only additions I made to the kit were to make it a little more accurate to the eventual production variant, following advice from SMCG’s expert David Reiff.  This involved adding a pair of canted fins on the outboard ends of the tailplane and dropping the ends of the rotor blades. 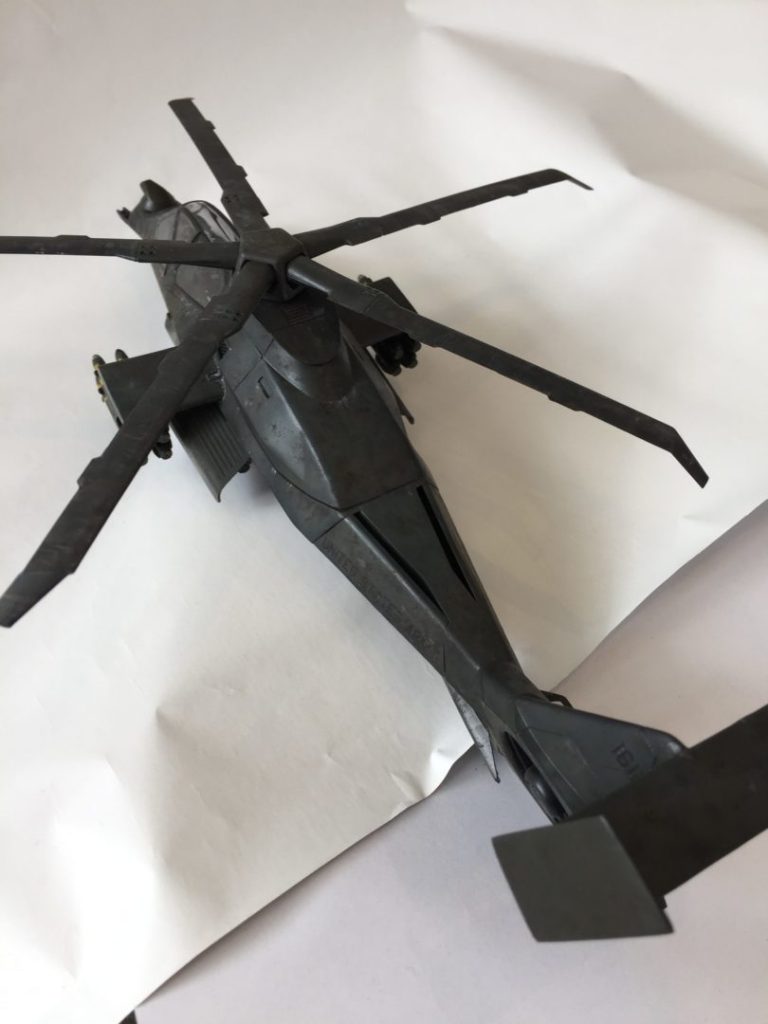 I used my trusty MRP paints to recreate the Helo Drab found on operational Apaches and Blackhawks today.  This is a difficult colour to make look good because it tends to seem very flat.  Following advice from Doog’s Models I blended in a few colours under the Helo Drab: NATO Black, Sea Blue, Tank Grey, and some really dark green mixed from SEA Dark Green and black. This blended in to create a very attractive surface. 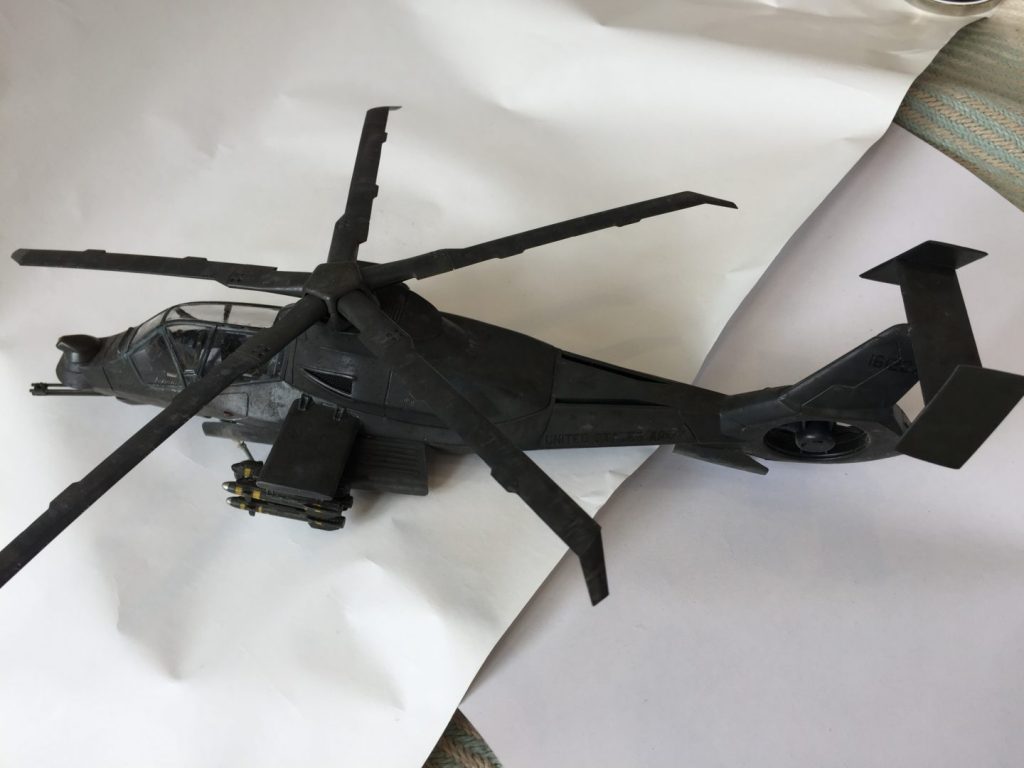 Unfortunately I didn’t yet have quite the control I needed over the oil paints and a lot of that work doesn’t really shine through.  Overall it looks quite nice though. 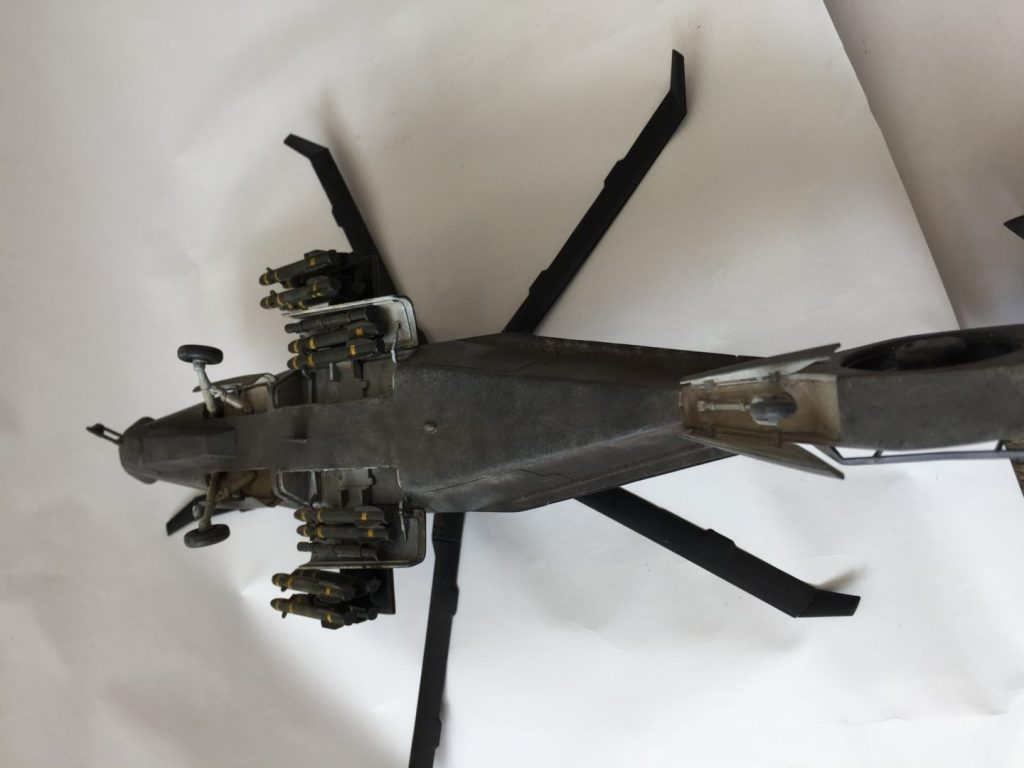 In conclusion, this isn’t a great kit.  However, I really wanted a 1/48 Comanche on the shelf and that gave me the motivation to struggle through the worst parts.  Sometimes, you have to decide whether you want a particular subject enough to deal with the only kit in the scale. 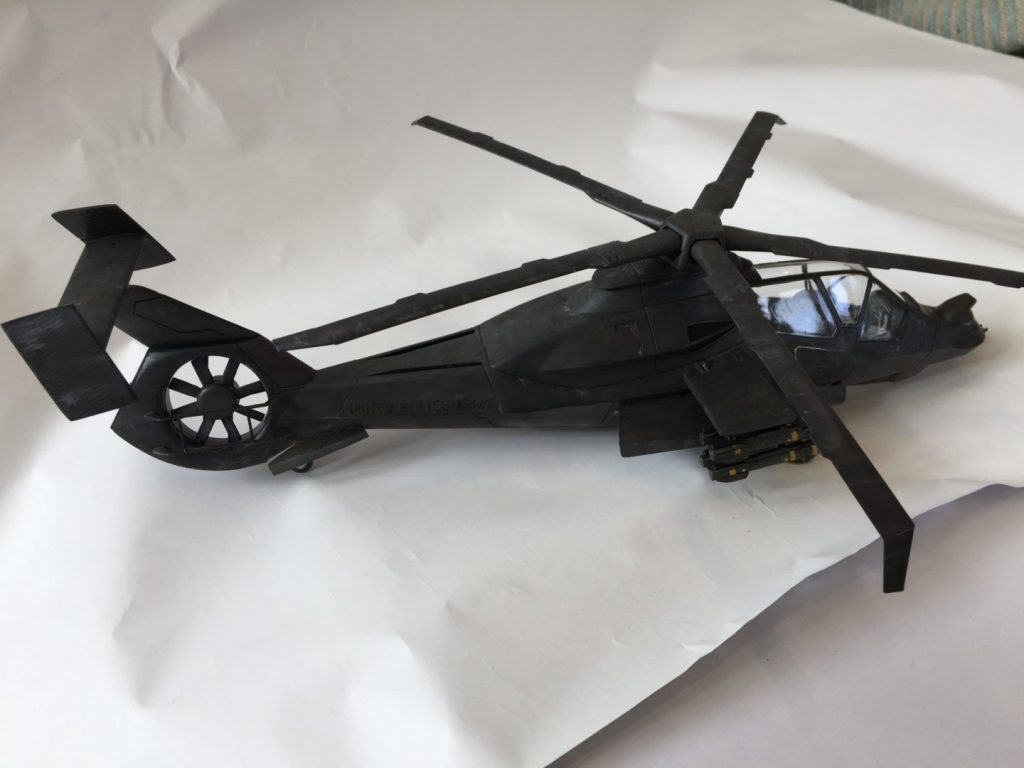 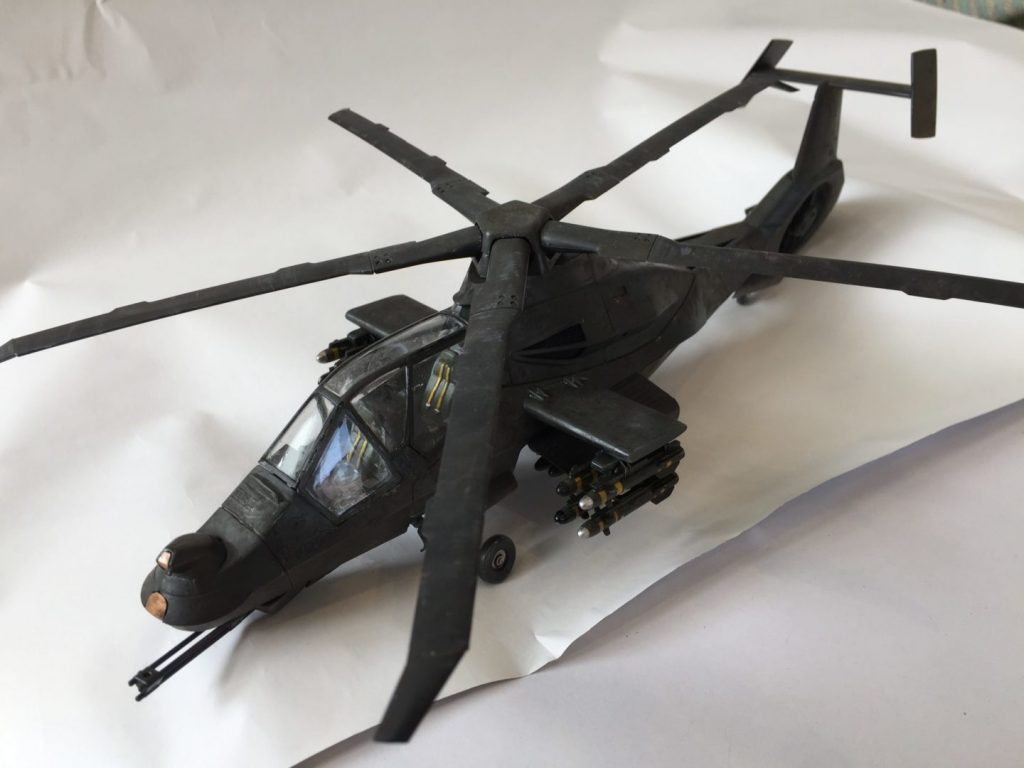