Kinetic has taken a significant step up with this kit.  The fiddly landing gear are the only downside to a kit that is otherwise a joy to build.

The F-104 is a plane that I like far more than its reputation might suggest it deserves.  It was one of those mad designs from the early days of air-to-air missiles, before it occurred to anyone that the enemy was allowed to be uncooperative.  Basically a pointy fuselage with a big engine and the smallest wings that would still permit lift, it joins designs like the English Electric Lightning and MiG-21 in its design optimism. 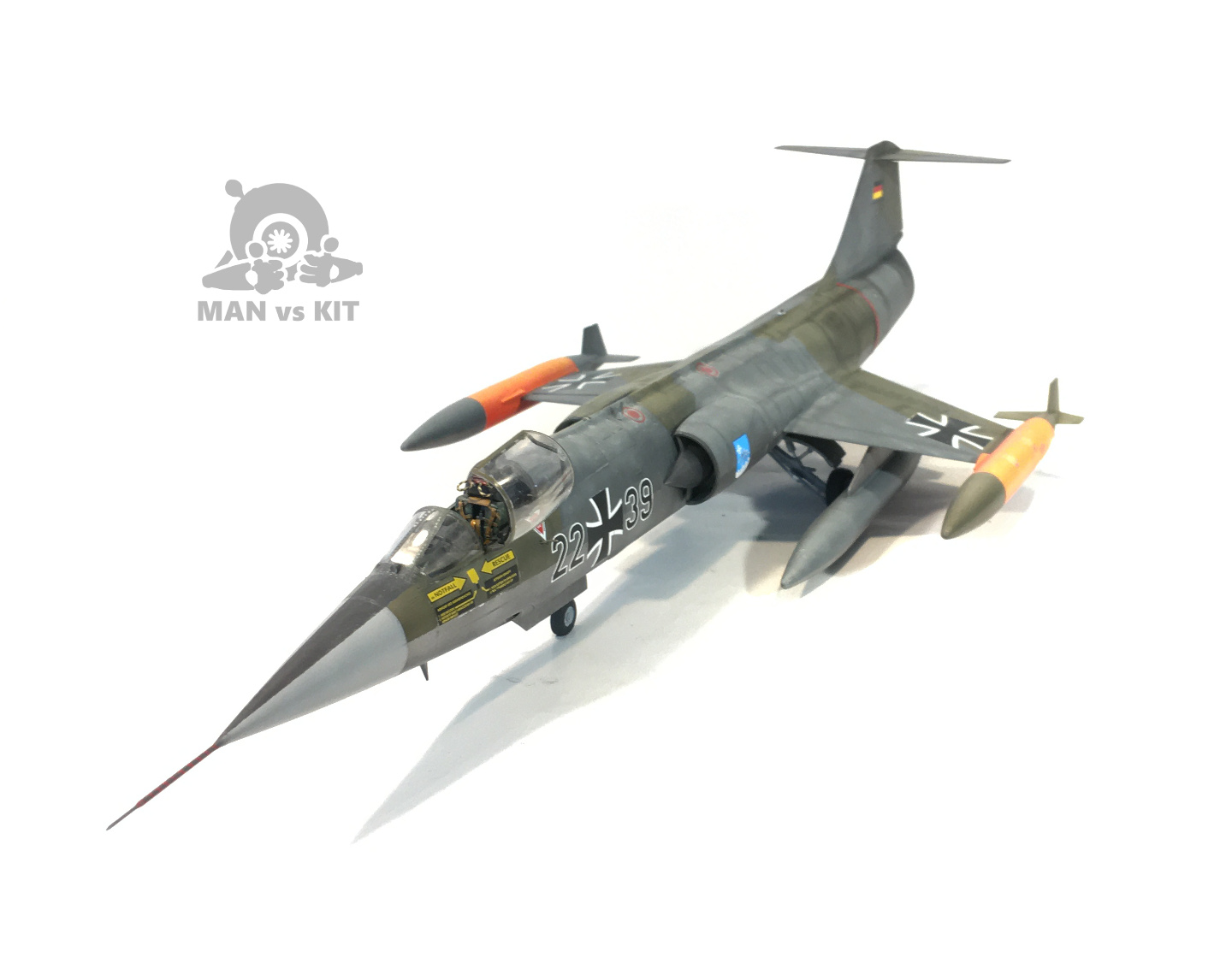 The West German experience of the F-104 was especially troublesome, with a significant number of accidents over the aircraft’s career.  Some of these were due to inherent problems of the type, such as its very high stall speed.  However, others have been blamed on the air force’s lack of experience with very high-speed jets (it received the first F-104s only four years after its formation, transitioning from subsonic F-84 and F-86 fighters to a Mach 2 jet) and insistence on training at low altitudes in terrain and poor visibility.

Kinetic’s new F-104 is a simple and straightforward kit with a focus on great fit and a decent level of detail.  Alongside this West German boxing, they have also released versions for the F-104 in Dutch, Japanese, and Taiwanese service, and with a change of markings the kit should be suitable for most NATO F-104s. 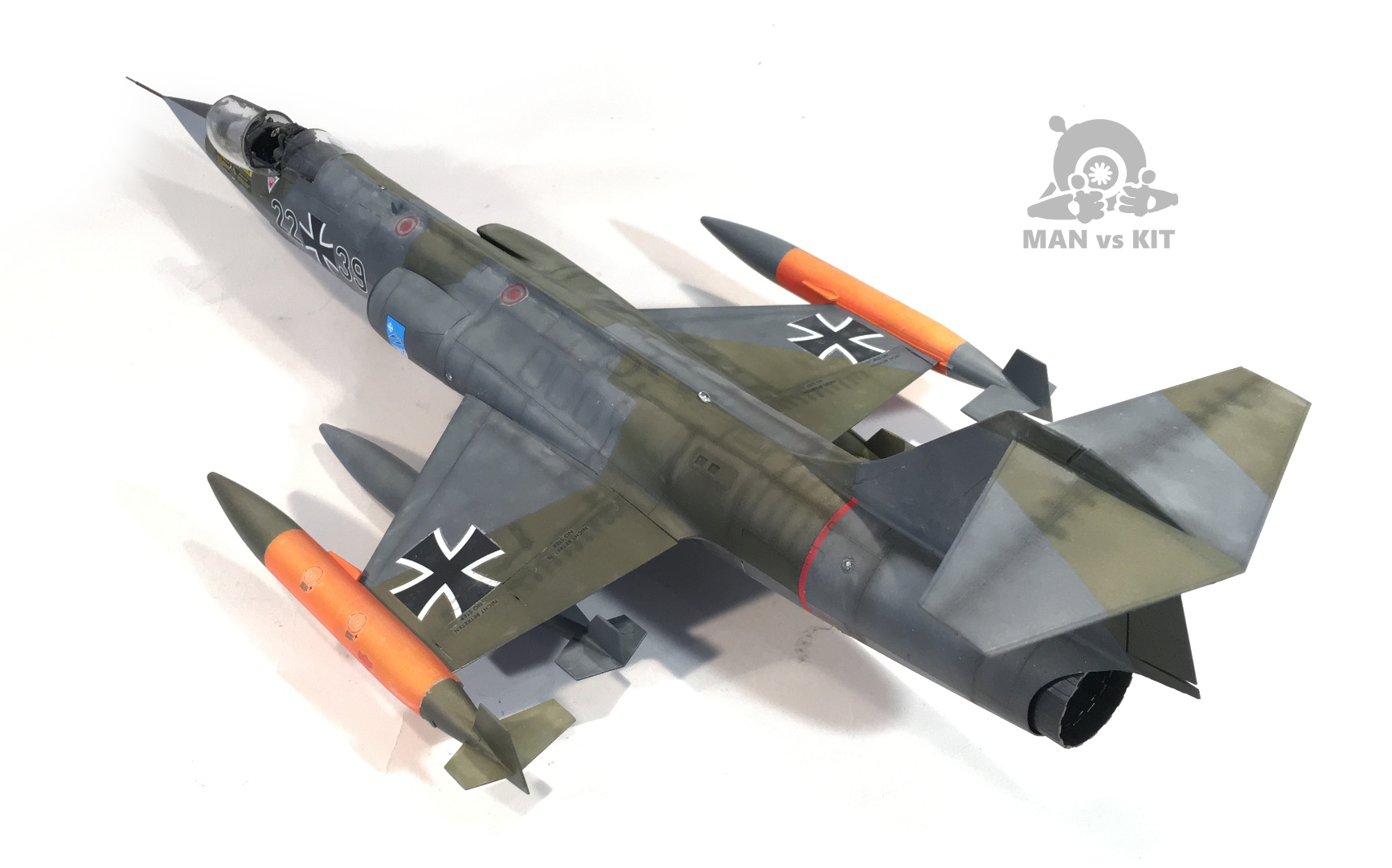 In building this I was surprised at how easily everything fits together.  Even parts that I was expecting to be tricky (like the intakes) aligned very easily, and the locating points are nicely positive. 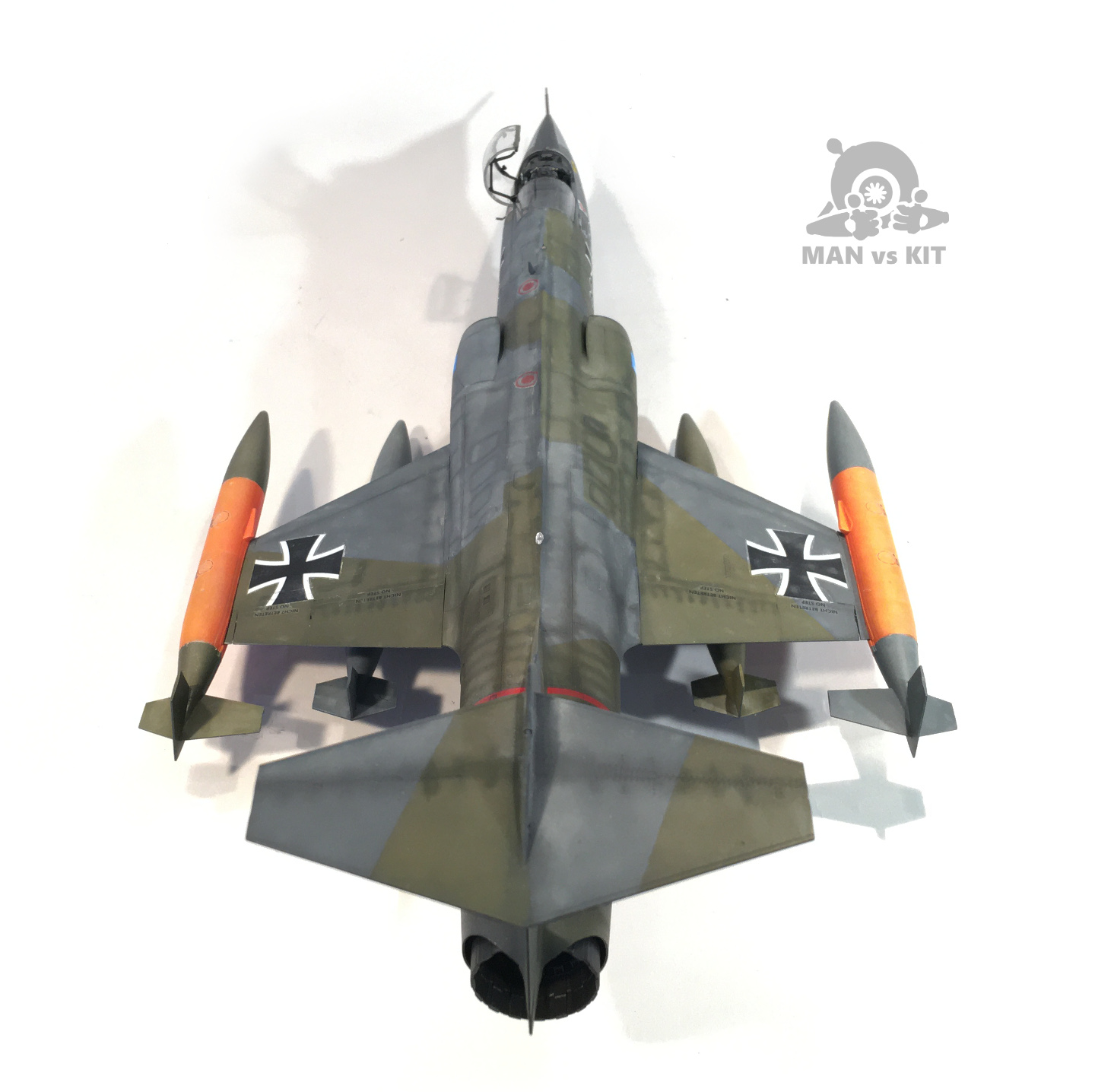 I replaced the ejection seat pull handle with a twisted string one, and should have replaced the pitot with turned metal: I lost count of how many times I knocked it off.  The nose looked like it was going to need some weight, having mostly filled the radome with little weights I would say it probably takes about 10-20g.

The camouflage pattern was made with a set of Topnotch masks which were great as ever.  I also used some Anyz (Anyz.io) instrument decals for the first time.  These are a really nice addition to give a bit more detail to kit cockpits: they are a set of generic shapes which you can use to simulate dials and placards.  You can see them in the detail photos below so judge for yourselves. 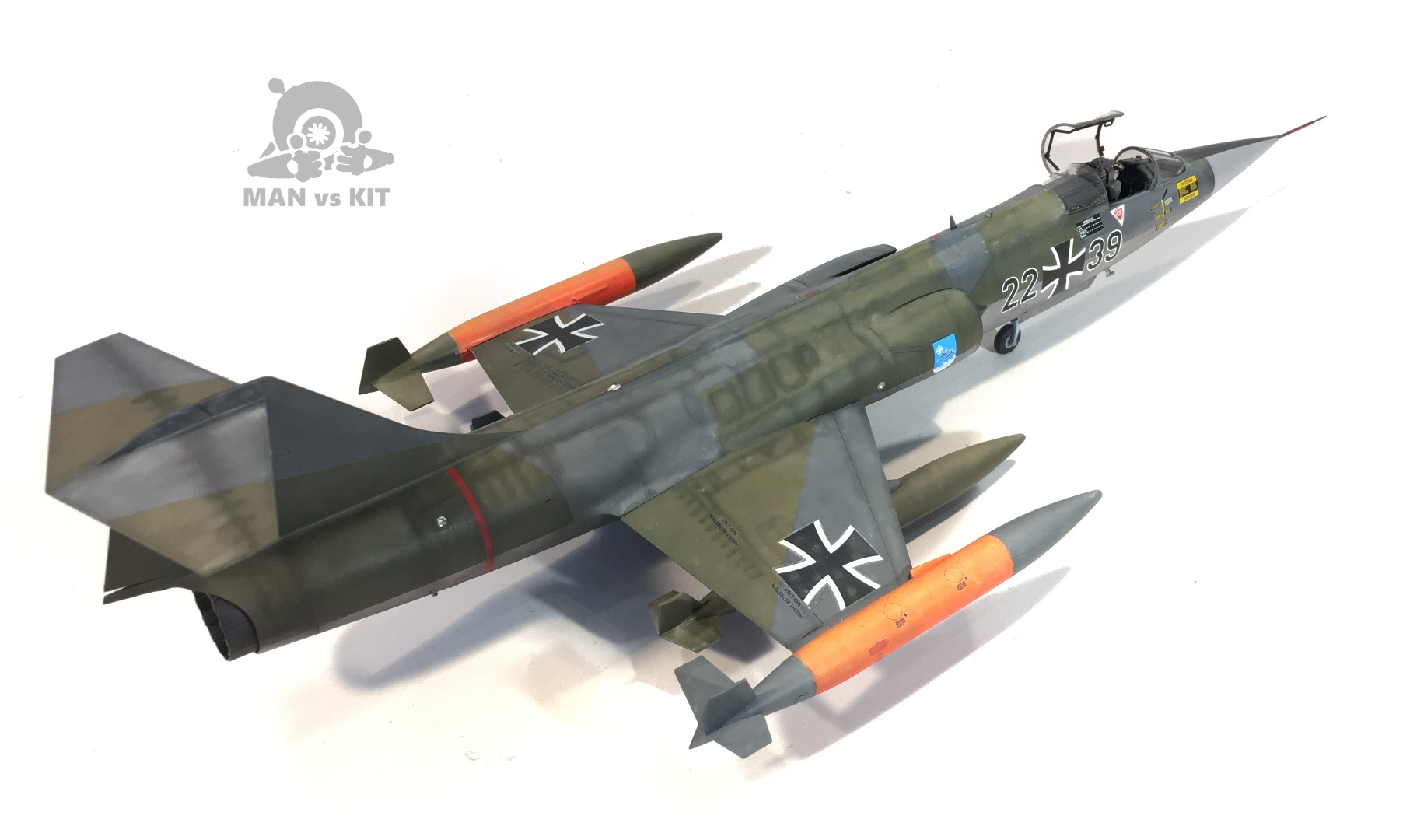 While the kit fits beautifully, it isn’t without a few issues: 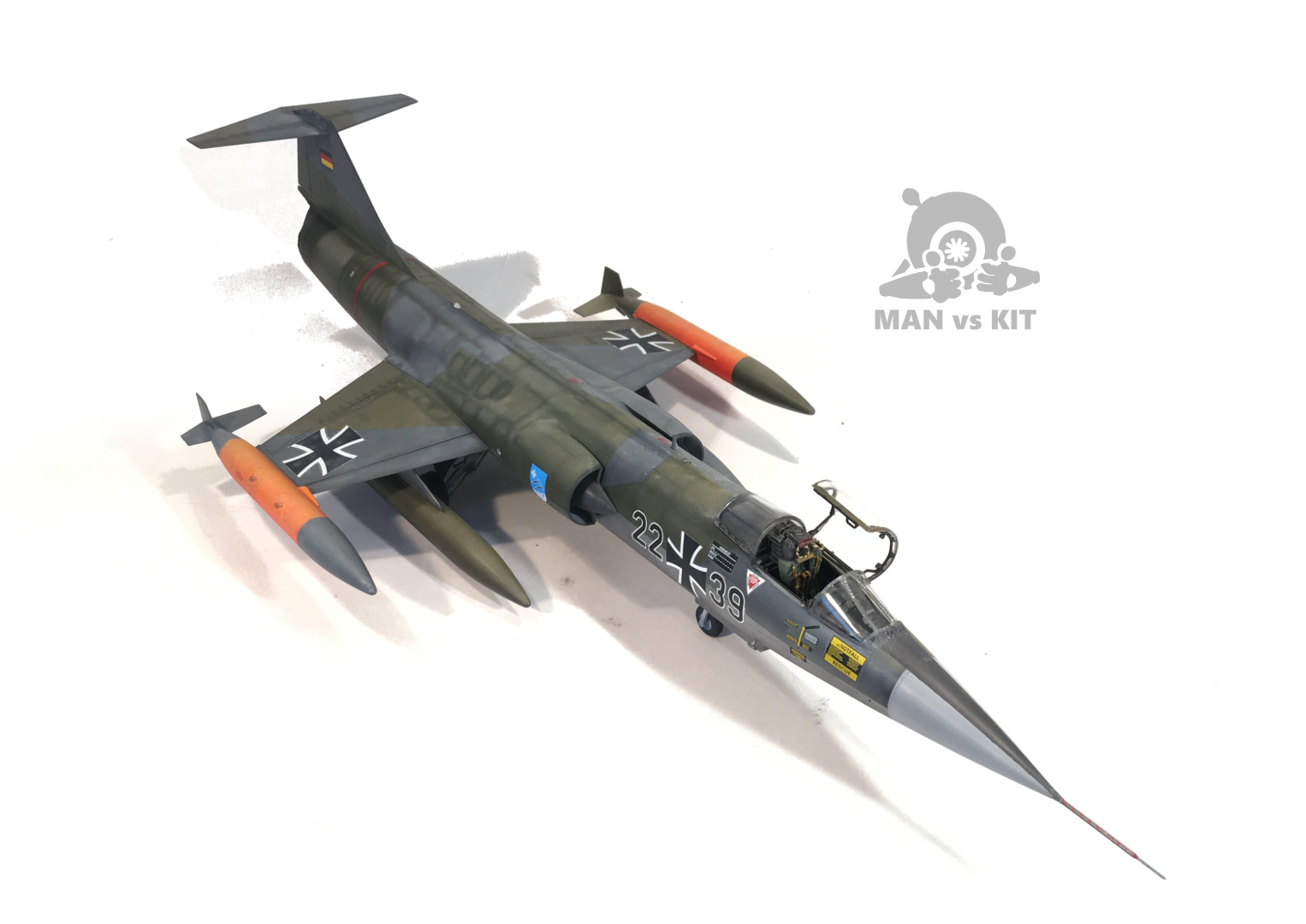 Overall, this is a very nice little kit that I enjoyed building, but it is not without its shortcomings.  A big improvement from Kinetic, but sadly that just shows the silly mistakes more than ever. 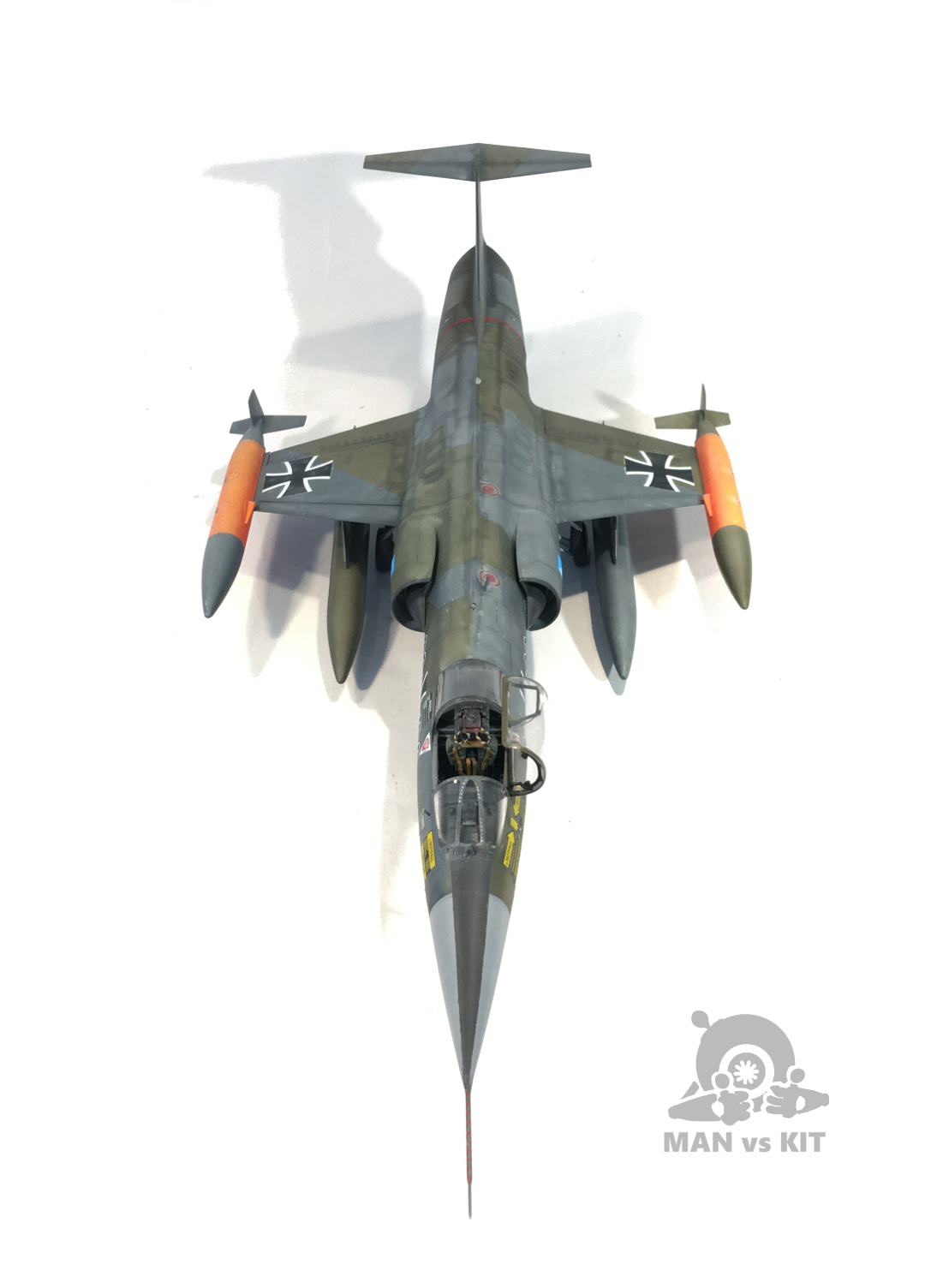 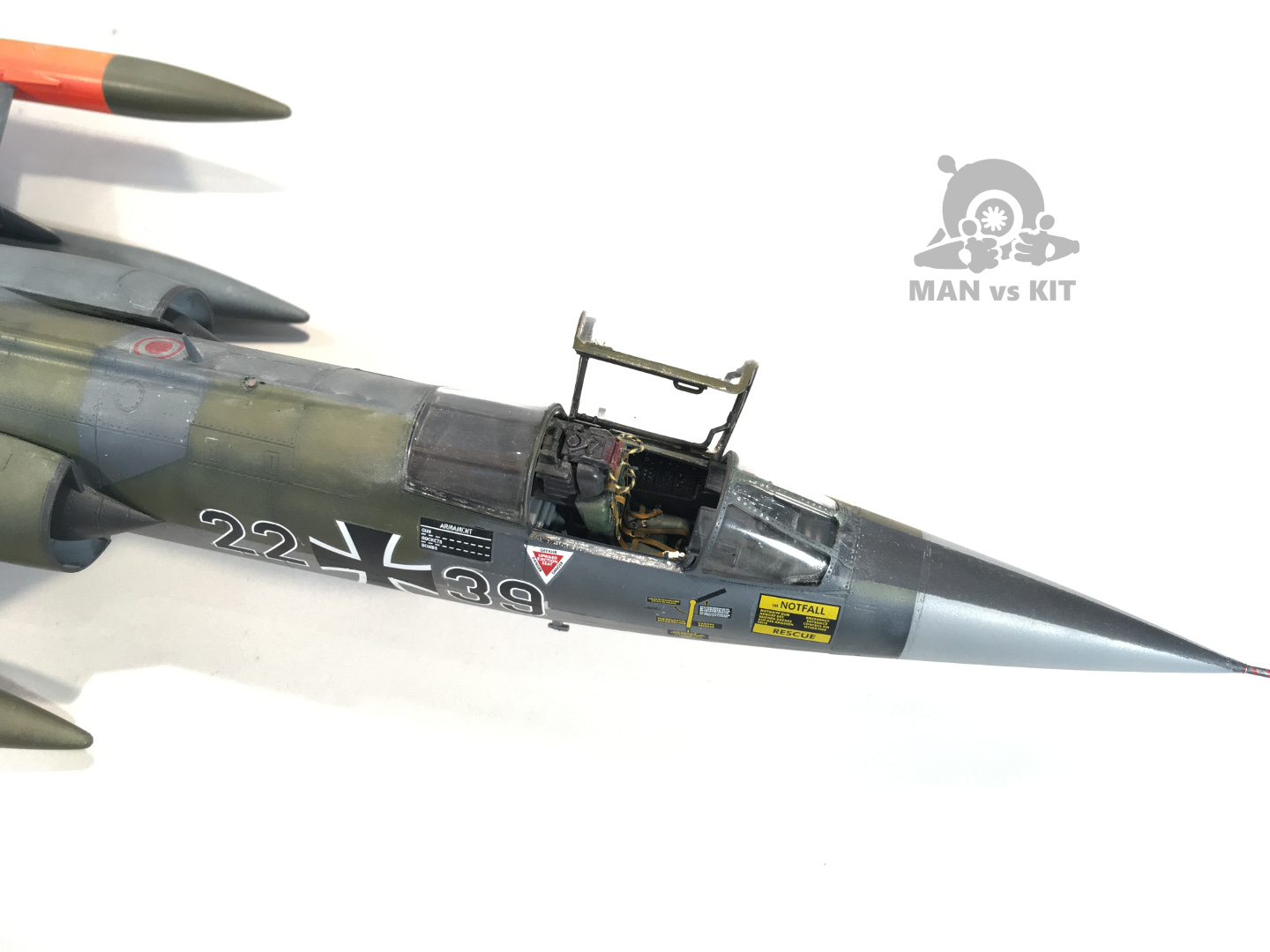 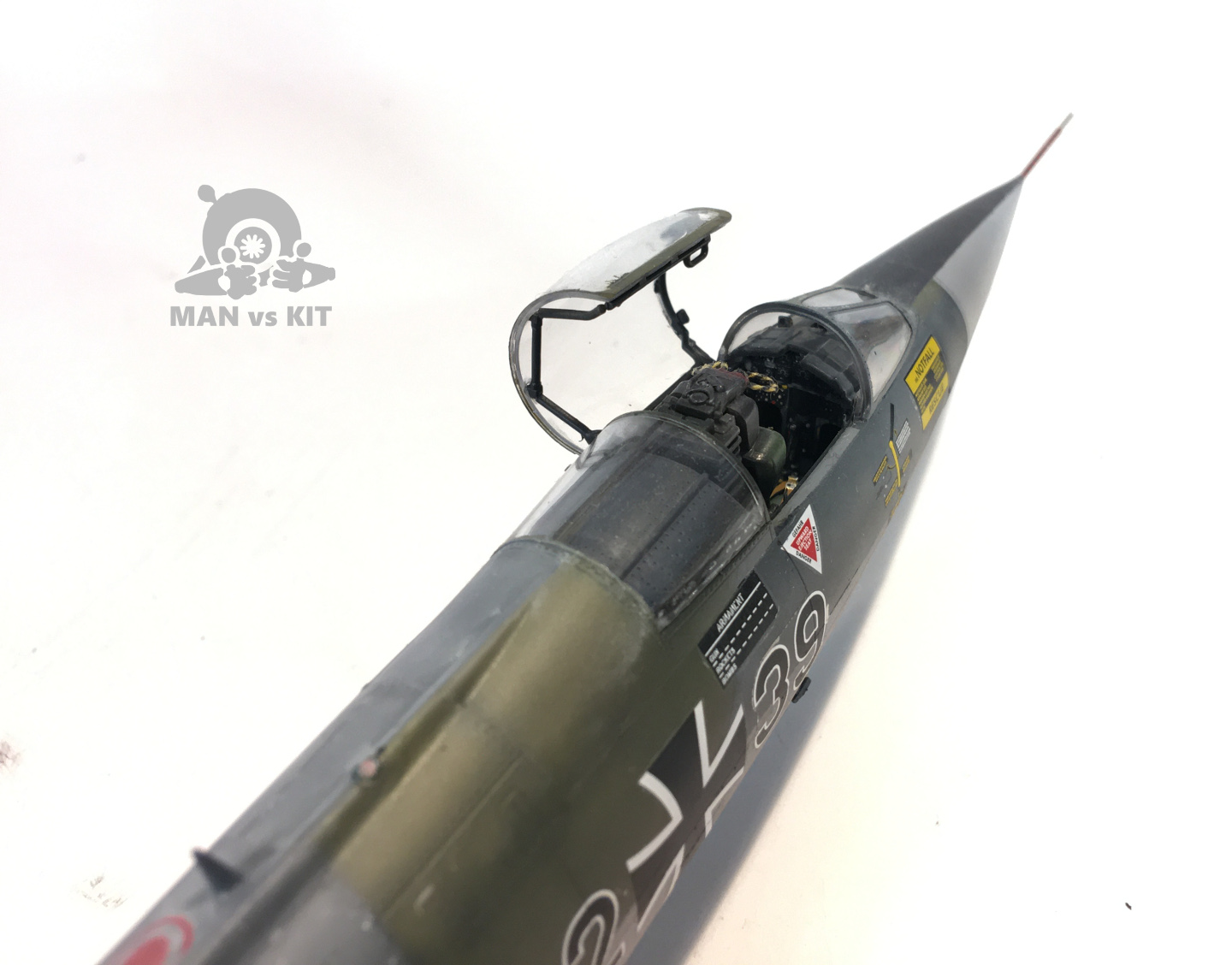 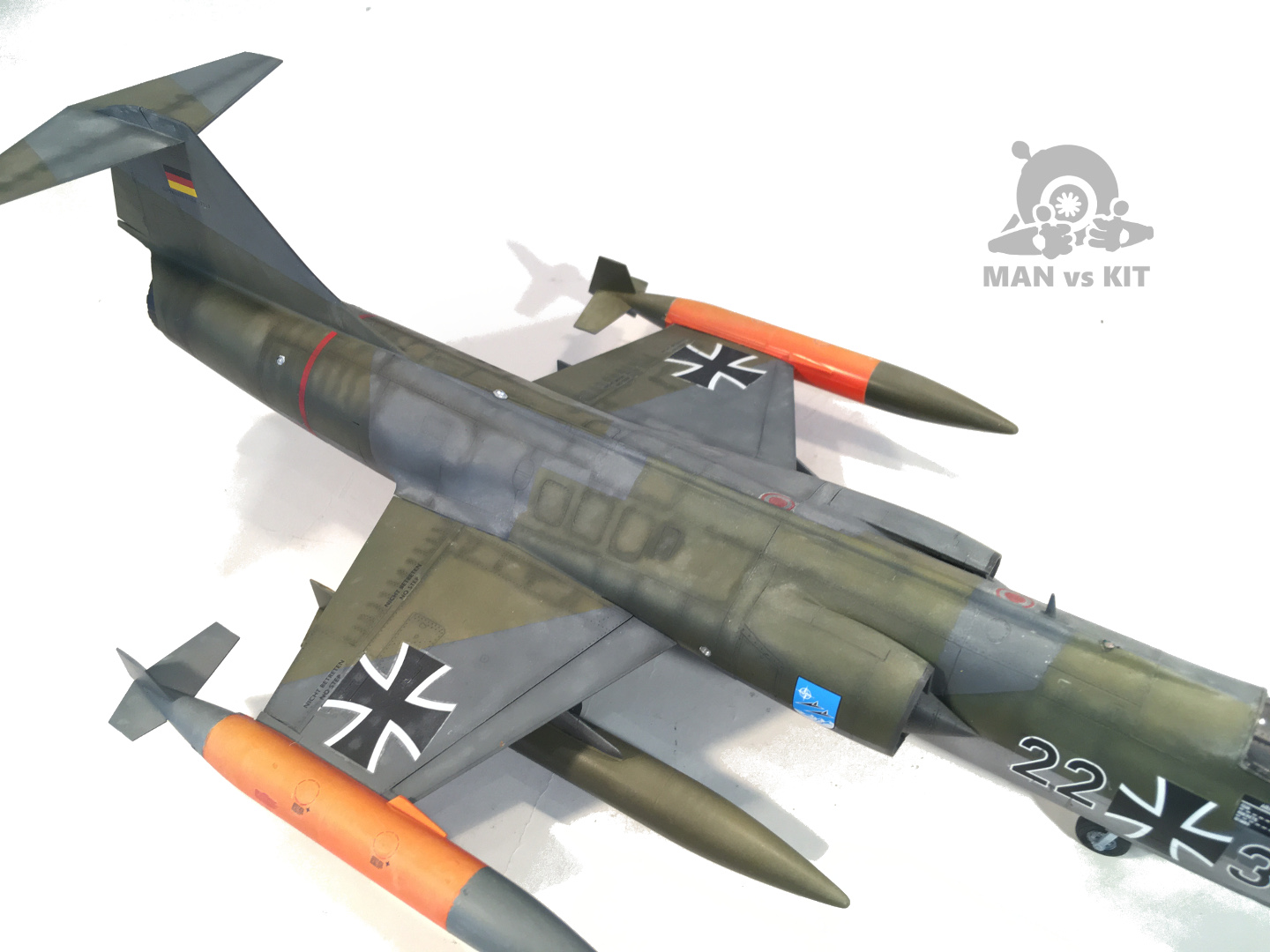 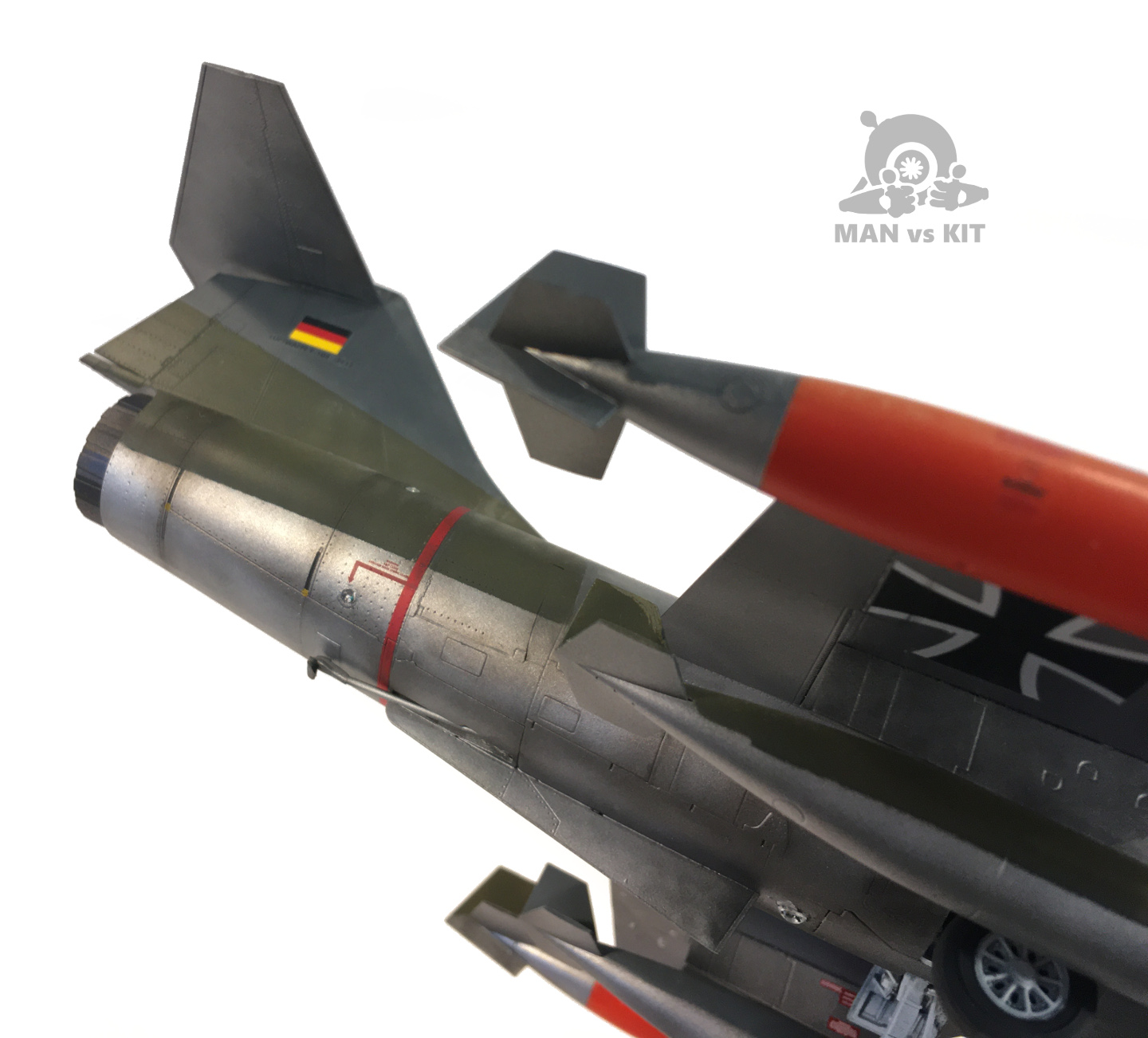 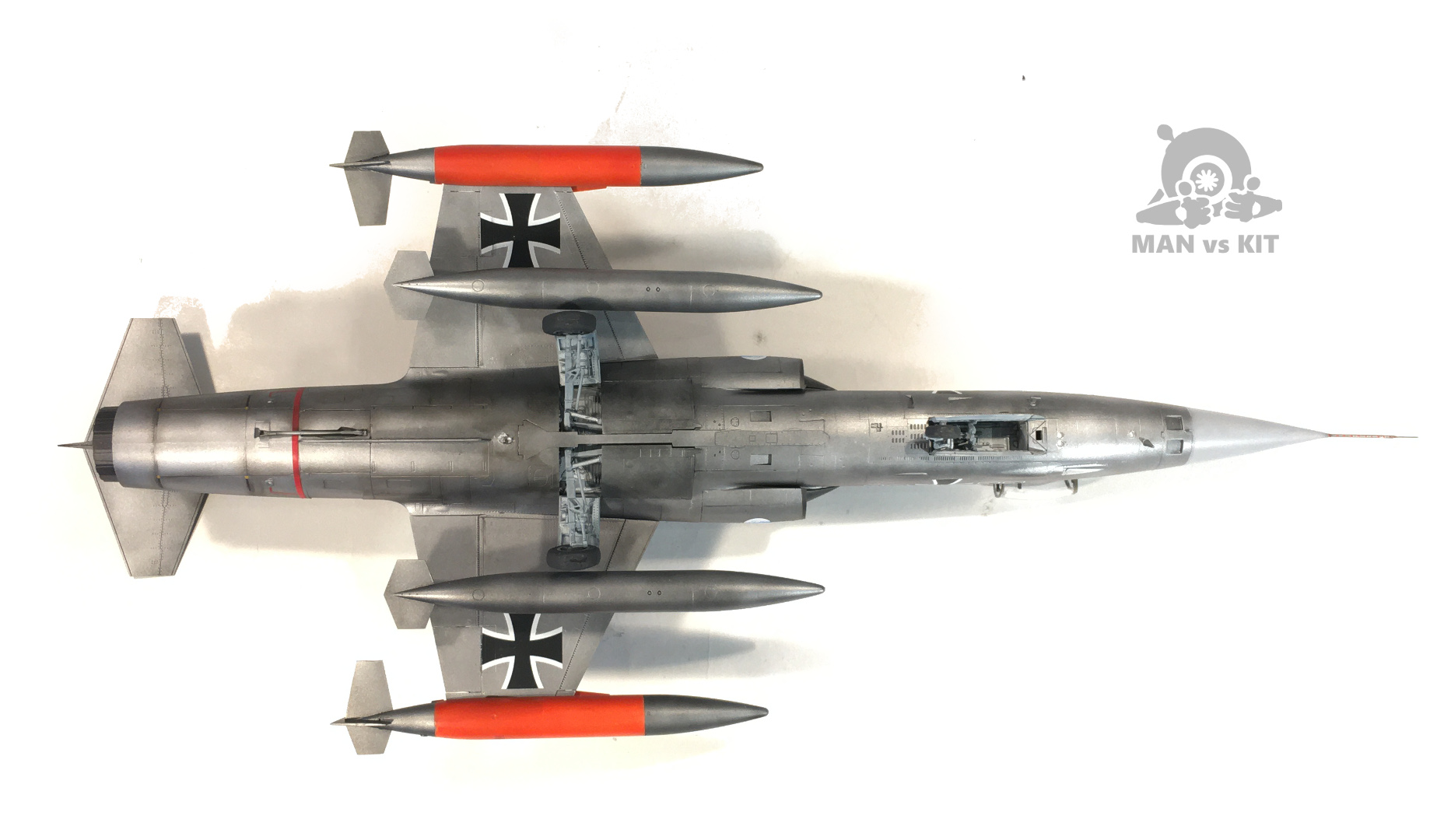 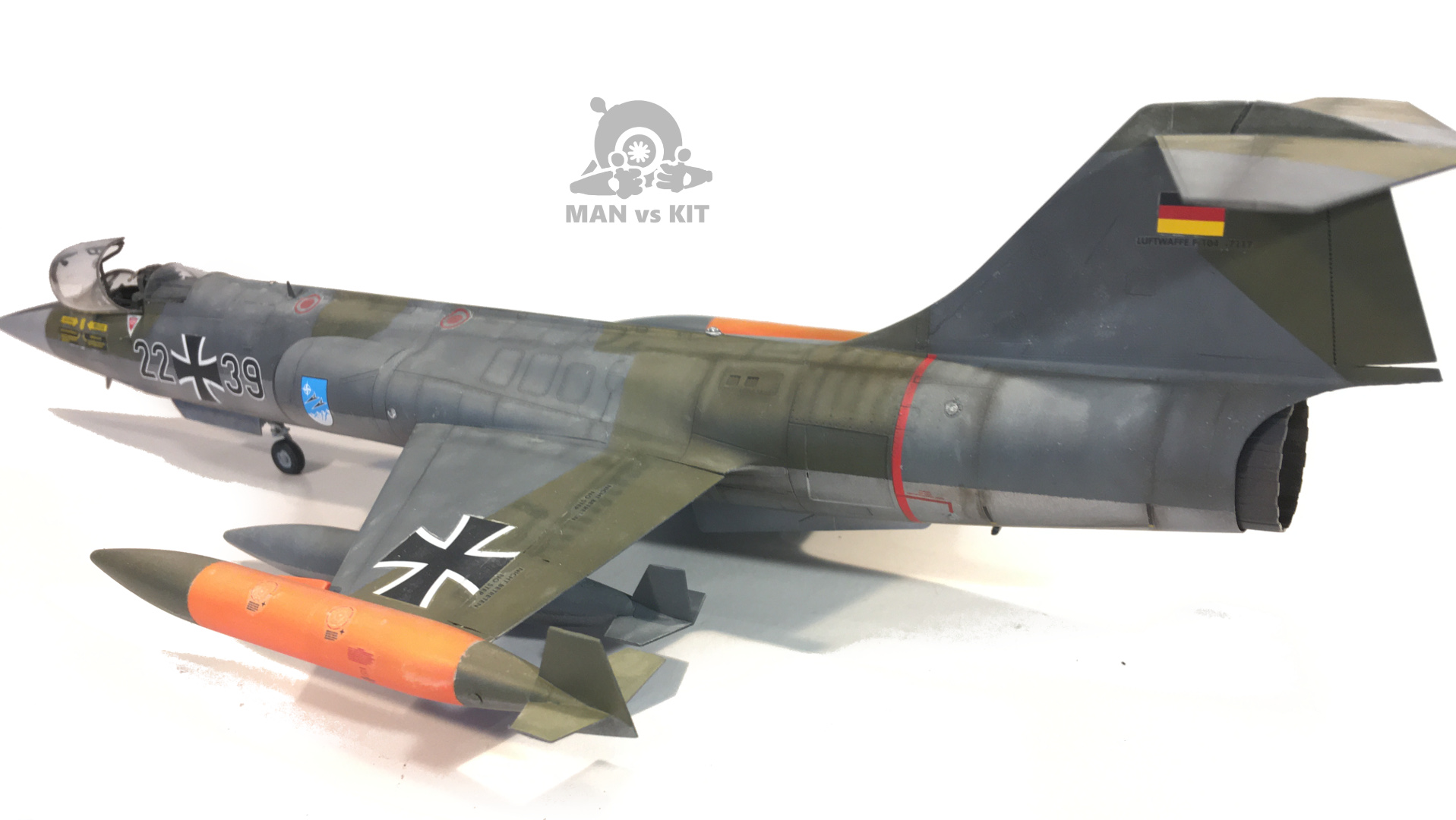 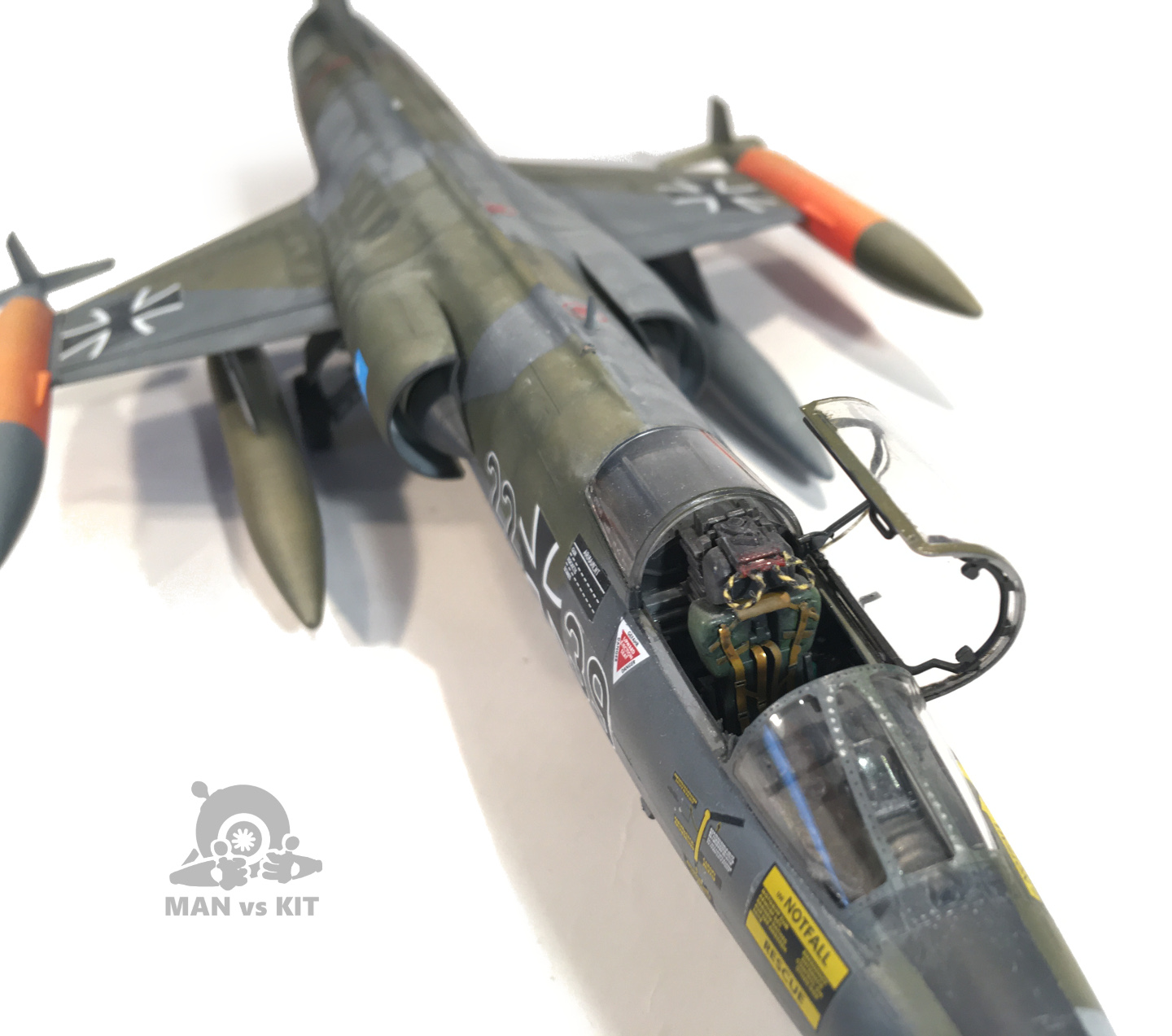 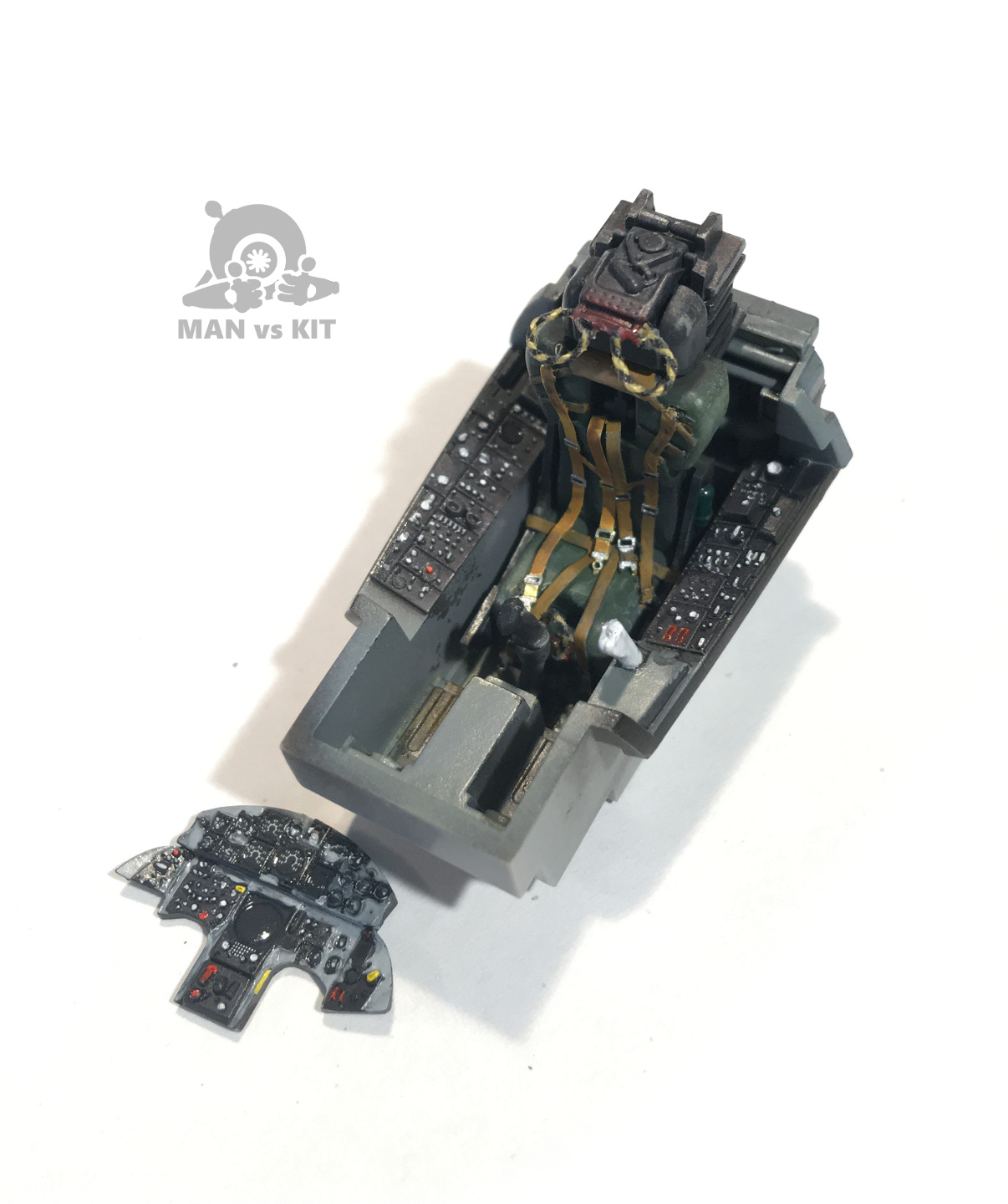 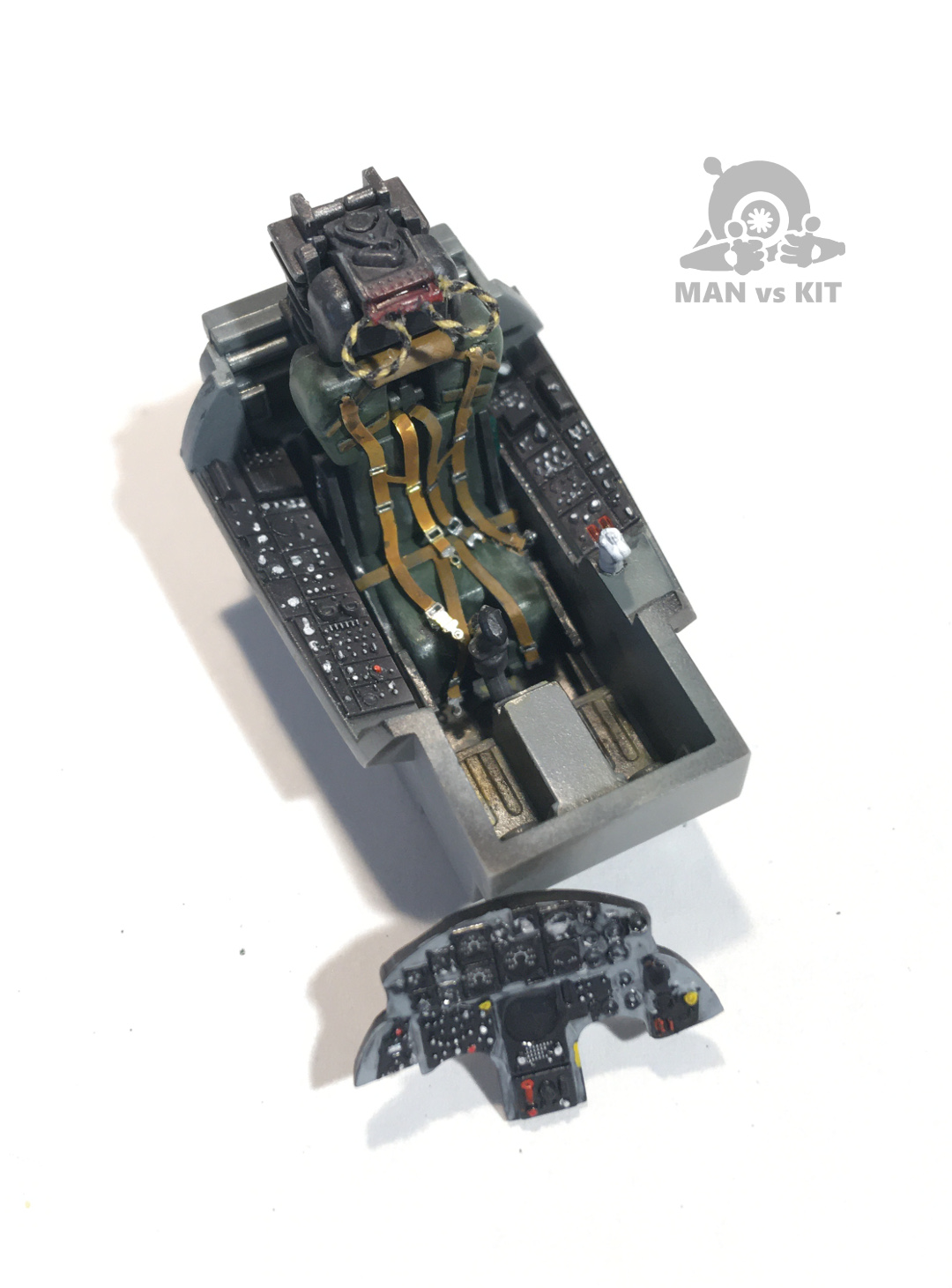 That’s as nice a Starfighter as I have seen. The Kinetic kit is next on my list, using the same masks. Which paint did you use? Your tonal variation is

Thanks! The paint is MRP: Yellow Olive and Basalt Grey on top, Super Silver (I think, but could have been Aluminium) underneath.