The story of how Eduard’s little MiG-21 ended a streak of really struggling with builds.  What a nice little kit it is.

Since the Su-35 back in the early spring, I’ve had a lot of trouble getting builds to work.  By which I mean that I was building stuff, but for one reason or another, the builds failed in ways that I’ve never experienced before. 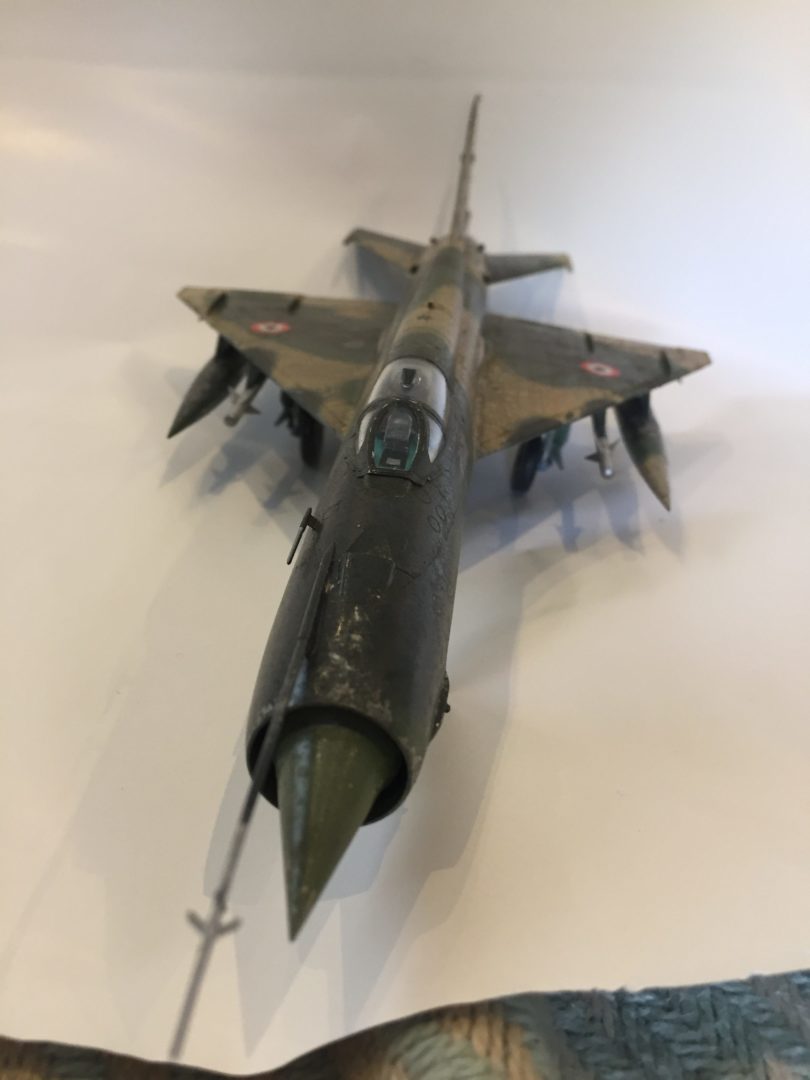 I tried to build a pair of ICM Spitfires which were so bad that they became my first ever paint mules, then a 1/72 DC-3 which first got a level of effort put in that I’ve never done before, with scribing and riveting, then suffered from paint problems before finally getting put on the back burner when the decals actually disintegrated on contact with water.  Then there was the 1/72 Millennium Falcon, which was going so well until I got to weathering it. 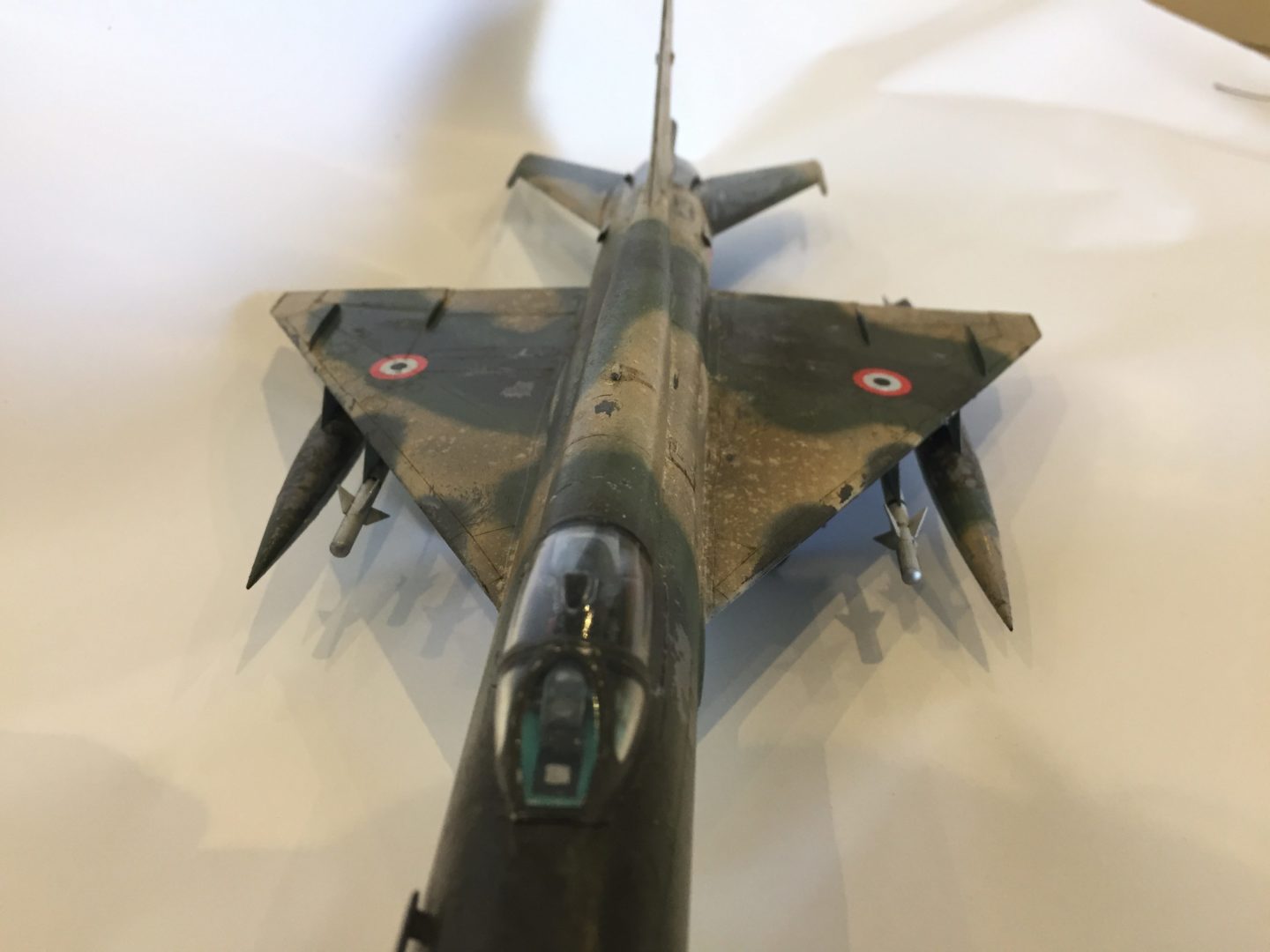 My summer was saved by an idly curious click onto a group build in the Cold War Model Making & Photos group on Facebook, for vehicles used in Africa during the Cold War timeframe.  I was briefly torn between a MiG-21 and a SU-17 and the MiG won because I’ve wanted to try one of Eduard’s little Fishbeds ever since they came out. 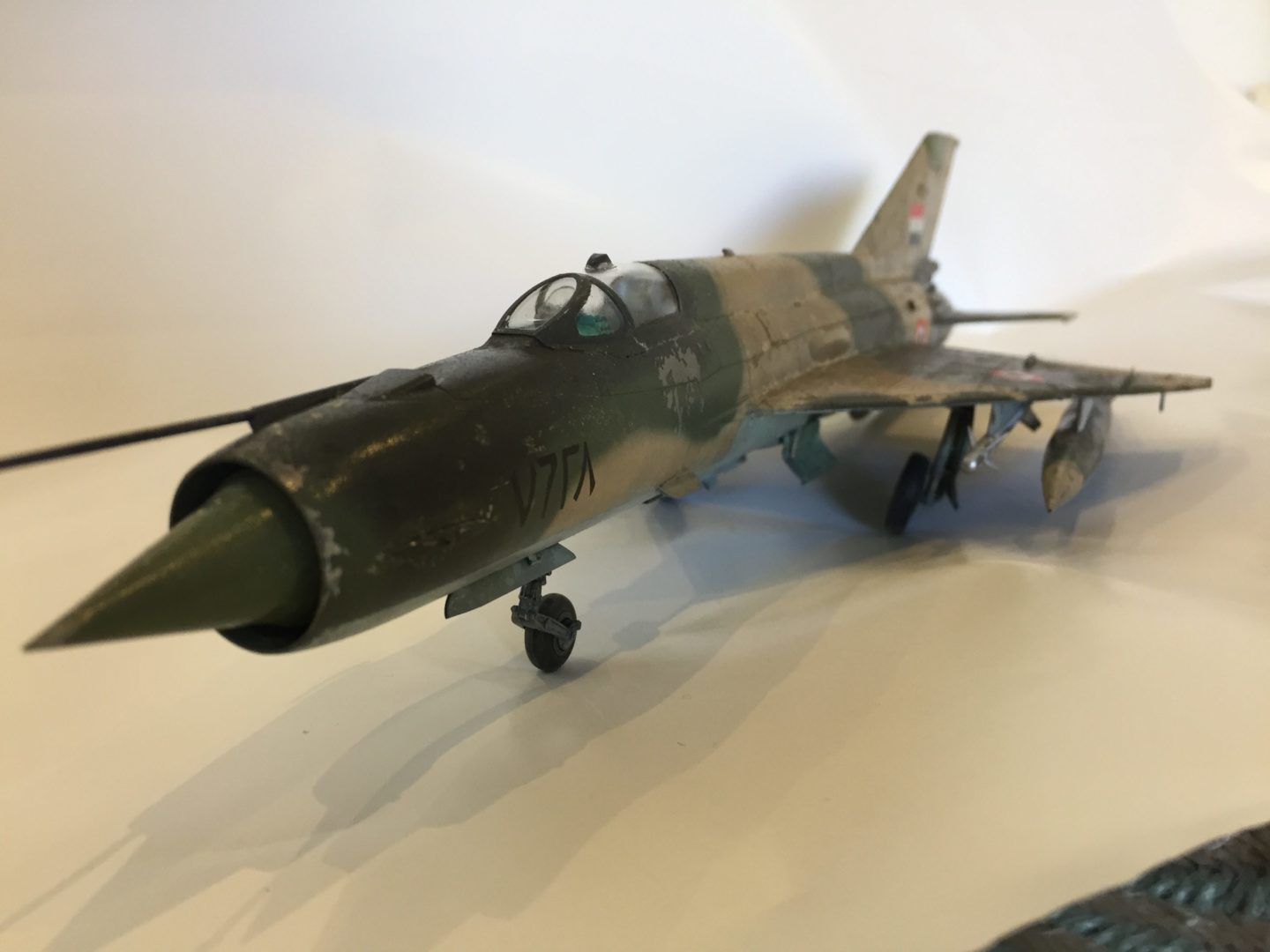 I picked up the 1/48 MiG-21MF “Profipack” because with the Egyptian decals I would be able to reproduce an aircraft from the late ’70s / early ‘80s right out of the box.  Looking online I found there are not a whole lot of reference photos of Egyptian MiGs, fewer still from this era, and most of those appear to be the PF variant.  However, I settled on this rather worn-down looking aircraft as a guide to the sort of finish I wanted to create. 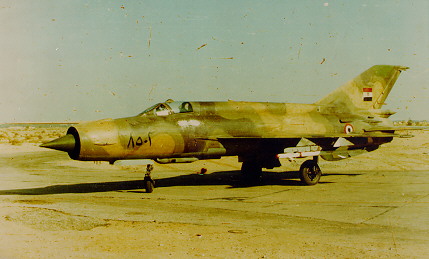 This isn’t a big kit and it goes together really easily.  There’s not a lot to watch out for either: there were a couple of seams that needed fixing on the underside of the fuselage and wing join, a bit of tidying of the intake, and that was about it. 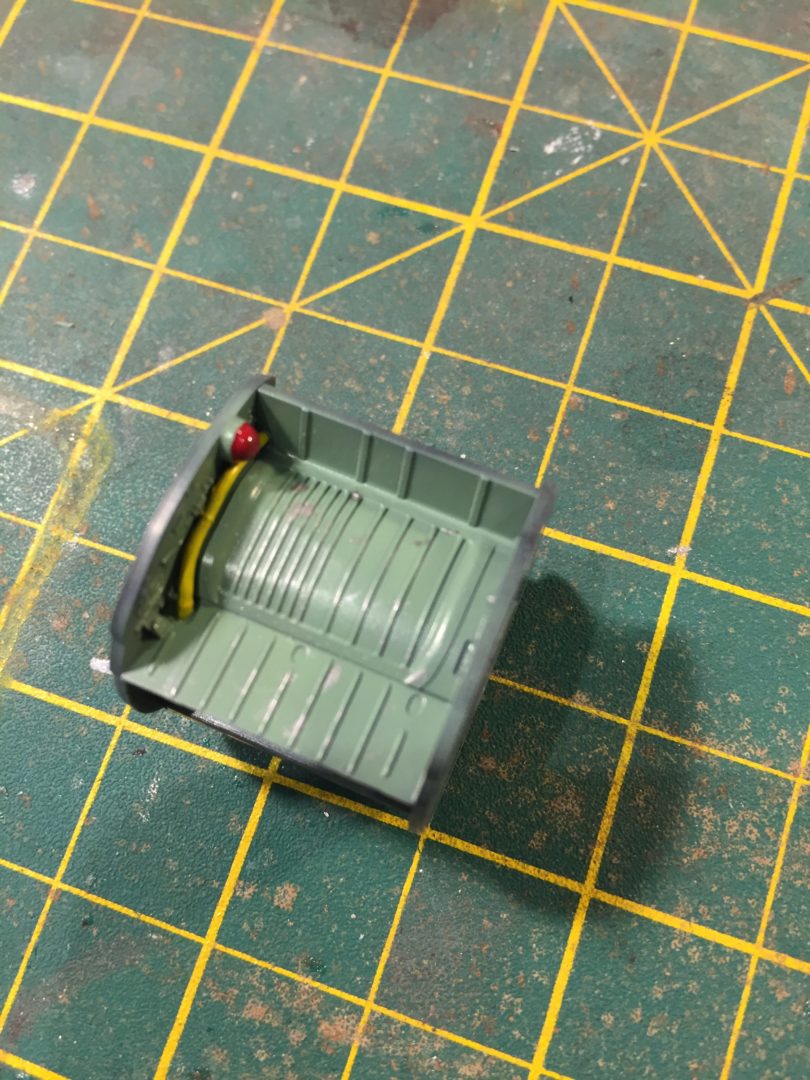 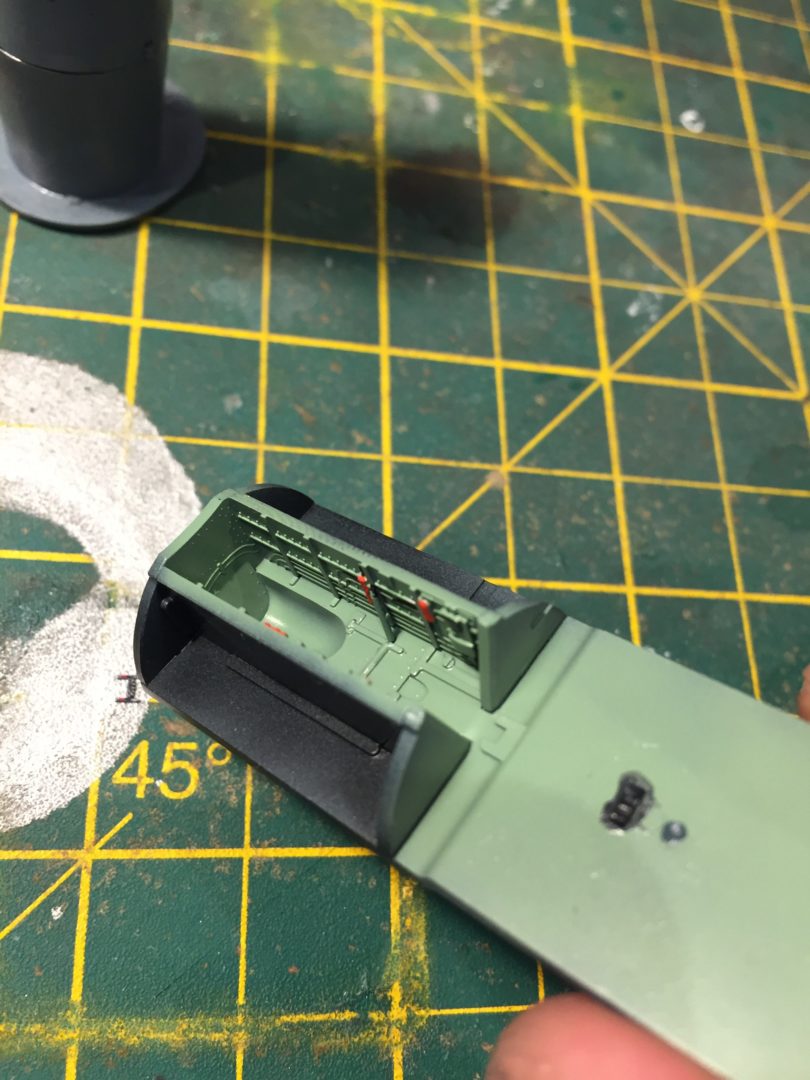 If there is one downside to this kit, it’s that it really needs the colour photoetch to provide detail.  There aren’t plastic alternatives.  That’s annoying when your MiG Cockpit Blue (from MRP) doesn’t match Eduard’s version, even more so when the MRP looks more authentic to photos.  It must be really annoying if you bought the “Weekend Edition” of the kit which doesn’t include the etch… 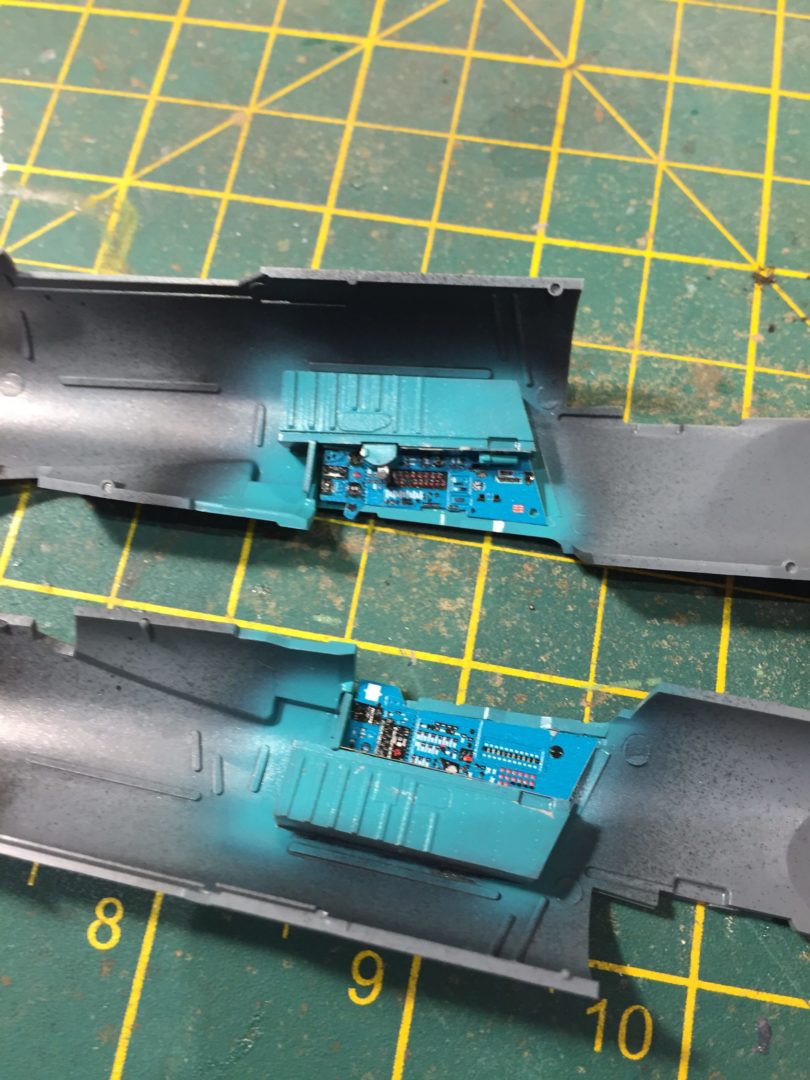 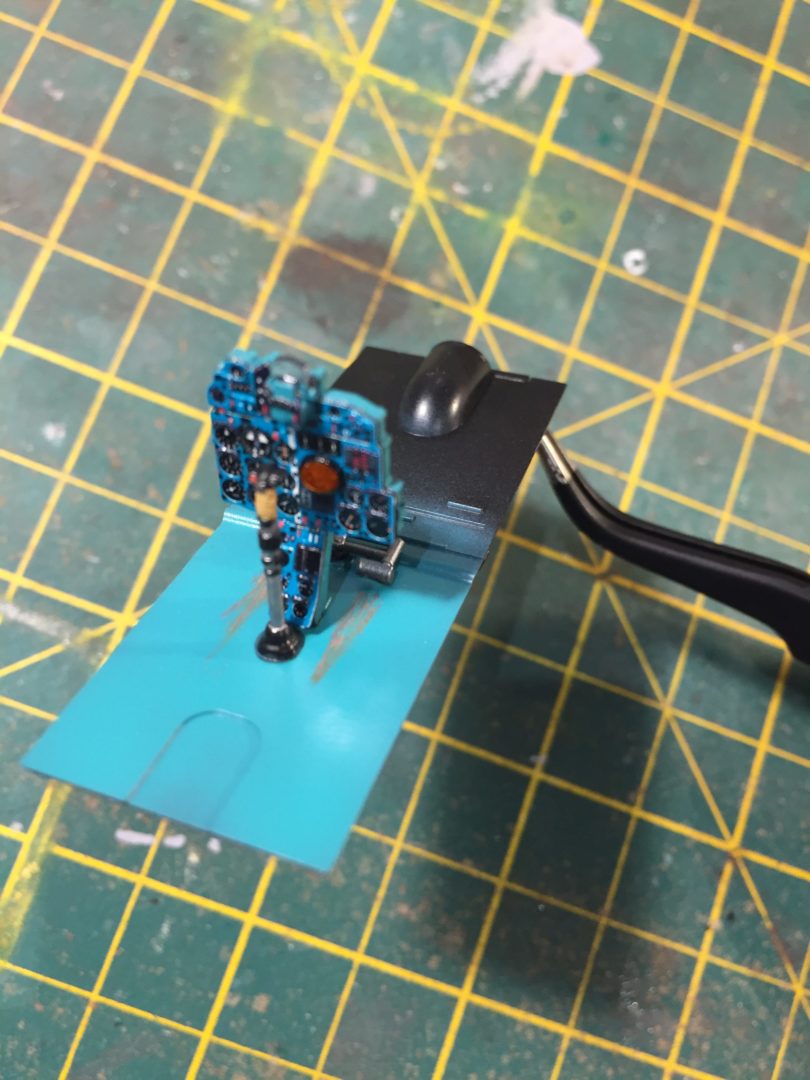 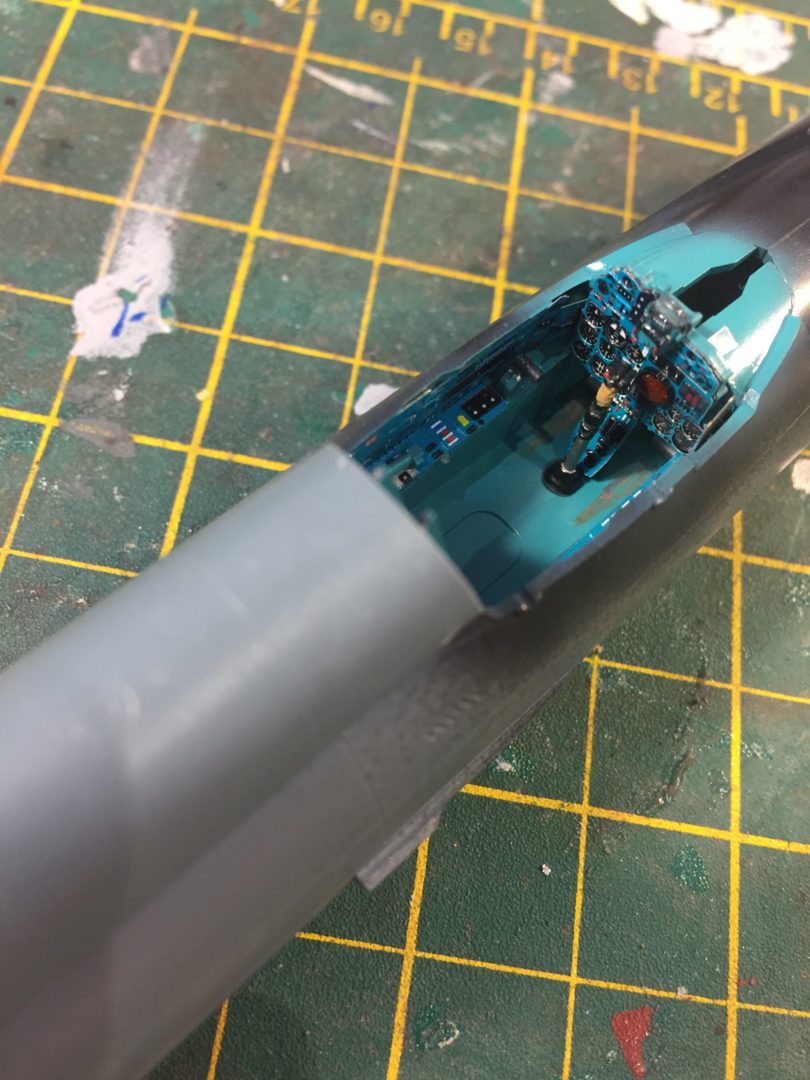 One thing I wanted to play with on this build was weathering techniques.  After getting to the point last autumn of deciding to cut back on weathering because it always went wrong, by this point I had reached a point where I was comfortable introducing a few new things. 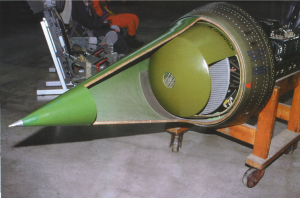 These started around the nose with chipping, but after producing a nice metallic chipped nose cone, I was informed that the real thing had a “plywood” (apparently actually some composite stuff, I was angrily informed after mentioning this detail elsewhere.  Whatever.  Not metal.) structure with a metal tip, so cue masking and a new nose with less chipping. 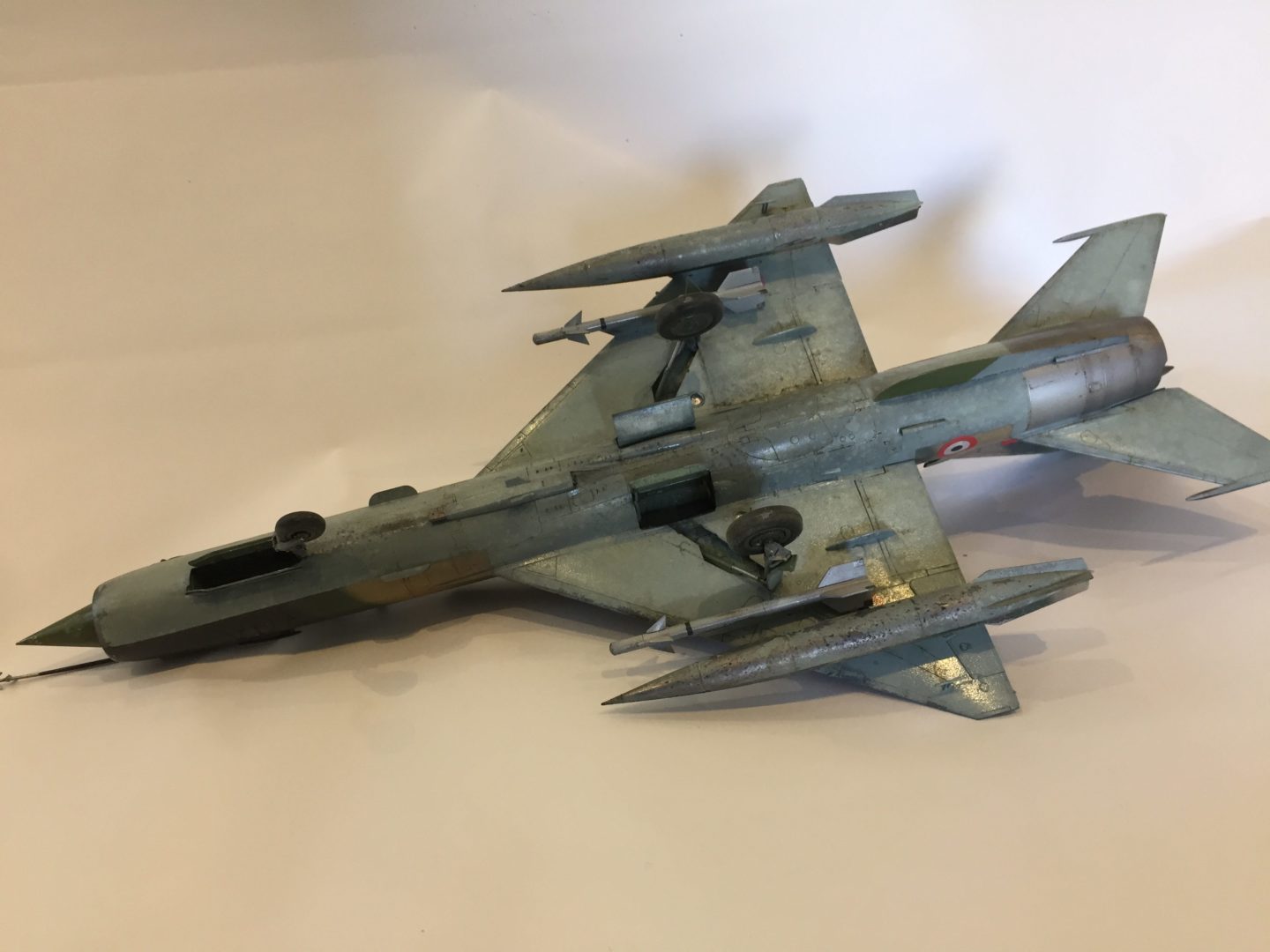 I also employed a fair bit of chipping on the upper surfaces where it seemed reasonable the aircraft would be walked on, and where I’d seen wear on the reference photo. 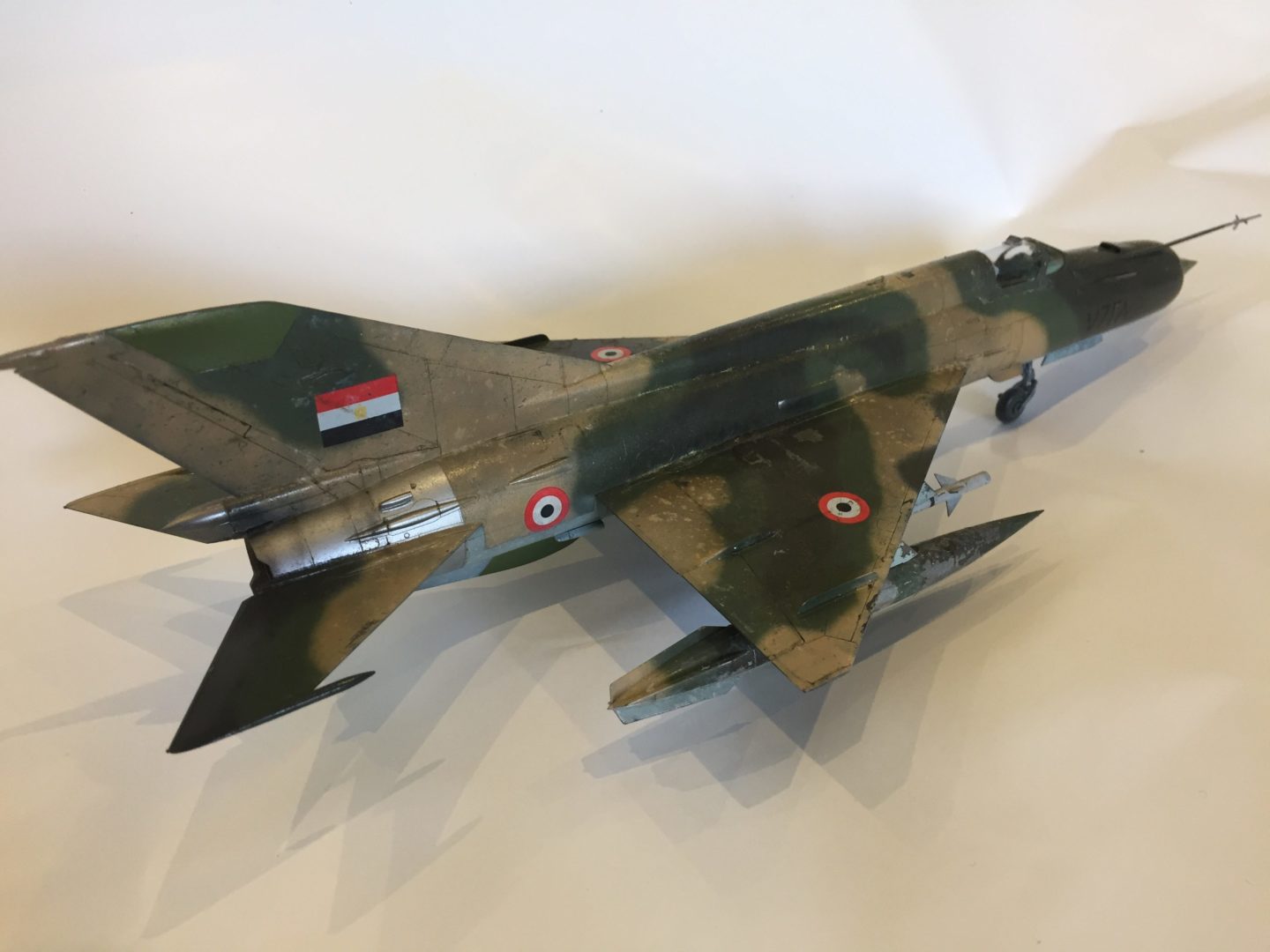 The other thing I introduced with this build was salt weathering, which I hadn’t used since not really liking the effect on my F-14 last year.  Here I managed to make it work better, and I’m happy with it although it’s not quite where I’d like it to be. 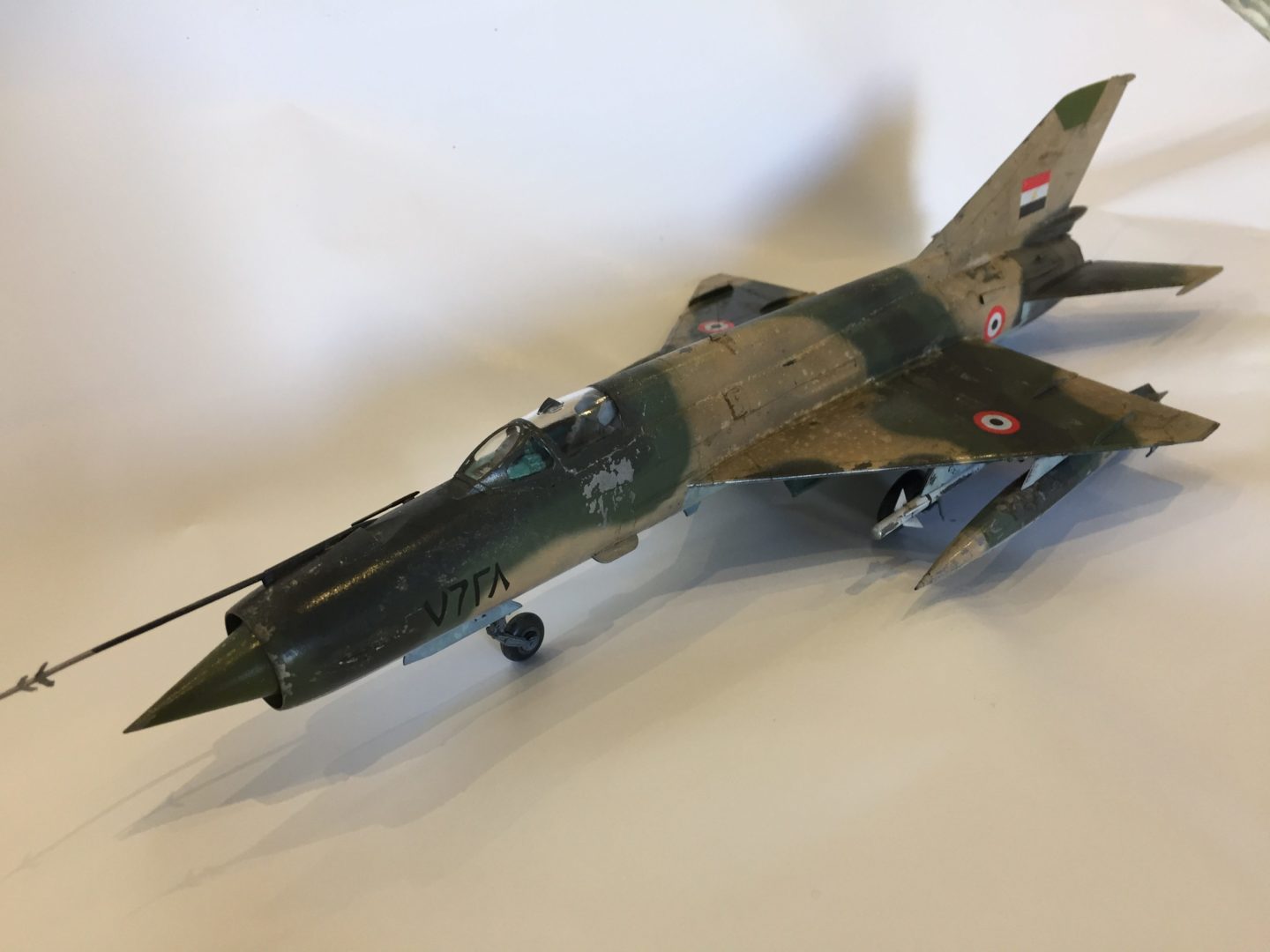 On the whole, this was a successful and well received build.  Eduard’s little MiGs are lovely kits and with such a range of subjects to choose from there’s bound to be one that will look right on your shelf.

Pingback: On Defaults - Man vs Kit