Lately, I’ve been thinking about default settings: what they say about who we think matters and their impact on the market.  They may be contributing to an elitist mindset among scale modellers.

First, a warning: this is going to be a challenging and controversial essay.  We’re dealing with a subject which has implications far beyond our little hobby, as our entire society is having to reflect on these issues.  However, we form an interesting microcosm, and often understanding these issues at a small level helps to unpick them at a broader level too.

With that out of the way, let’s go!

What is the norm?

A default setting is anything which assumes that the world works in a certain way.  These are all around us and required in order to navigate society, with most being harmless: suppose your country drives on the left, in that case knowing and adhering to this default will help you live in that society.  Other times, they can be harmful: consider the idea of having the default way to access social services being online, this is problematic for many vulnerable or elderly people who are not tech-savvy.

Defaults can be problematic because they indicate who we think matters and who can be safely ignored.  A few years ago, I was discussing the evolution of car models with someone from the industry and expressed a particular taste, to which I got the reply,

“You’re clearly an outlier, normal people are fine with our models.”

Now, no one wants to be normal, but being told you simply don’t matter is quite terrible.

By this point you may be wondering what any of this has to do with scale modelling.  Wonder no further.  Scale modelling contains many default assumptions both on the part of manufacturers and modellers, and some of these can be quite harmful.  I wrote about the default assumption that filling, sanding, scribing and so on are skills that everyone has a few months ago, but today I’m particularly interested in manufacturers’ views of defaults.

This essay was prompted by the realisation that some model manufacturers seem to love multi-part fuselages.  In other words, if you can split it front and rear as well as left and right, do so.  This is particularly annoying for me because I have no interest in leaving the tail off a model, just as I find the current delight in opening panels to be a nuisance.  Let’s be clear: this is a choice on the part of manufacturers.  Eduard’s 1/48 MiG-21s are very highly regarded and have a sensible parts breakdown.

Other good examples of defaults include ship hulls split at the waterline, kits that can only be built with wheels down or canopies open, or where the manufacturer cheaped out on detail because “serious modellers will replace it anyway”. 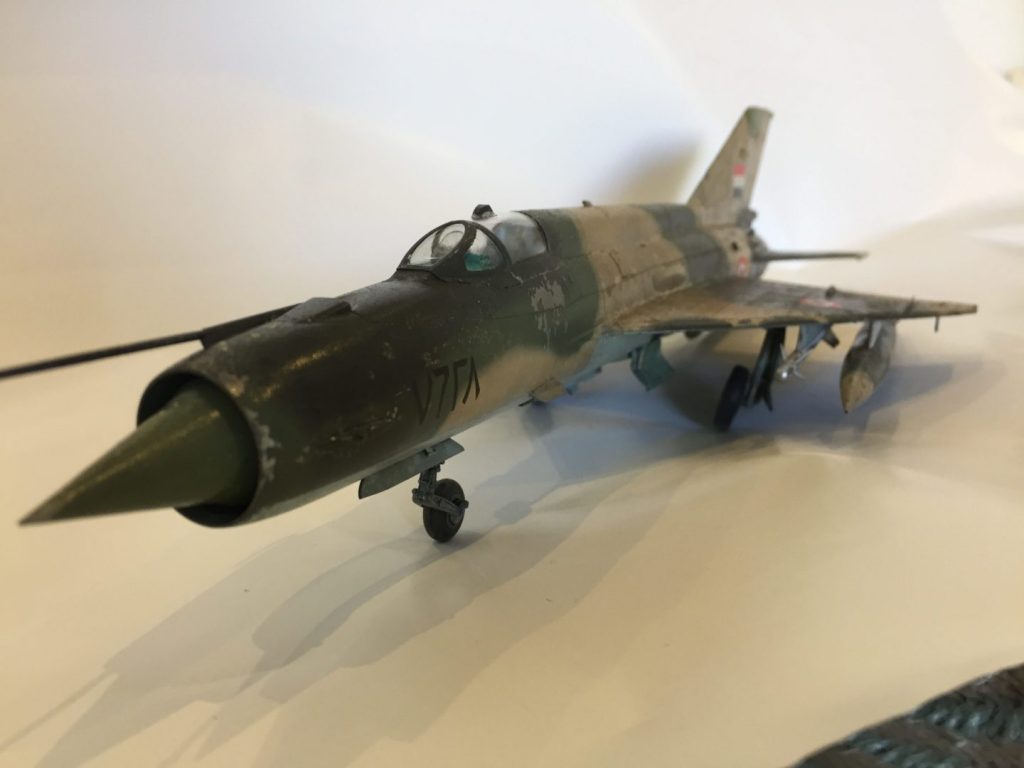 The question is whether these defaults cause harm.  I argue that they do.

Every default choice privileges someone, the only question is who.  In the case of some recent Tamiya kits that are only designed to be built wheels down (the 1/48 Spitfire Mk.I and 1/32 Mosquito come to mind), they cause a headache for the modeller who wants to build “in flight.”  Now, there are arguments against this as a stylistic choice (if anyone can direct me to the one about planes on sticks being gate guards I’ll add the link), but when so many options are already included, it seems a small bone to throw.

In the case of the Spitfire, which already has fuselage inserts for open and closed canopy, a simple blanking piece is all that was needed.  For the Mosquito, I have a feeling that one was just too big for the standard Tamiya stand, but on a build with options to show off engines, gun bays (plural), flaps up or down, and three options for the bomb bay doors, it’s a shame it couldn’t be done. 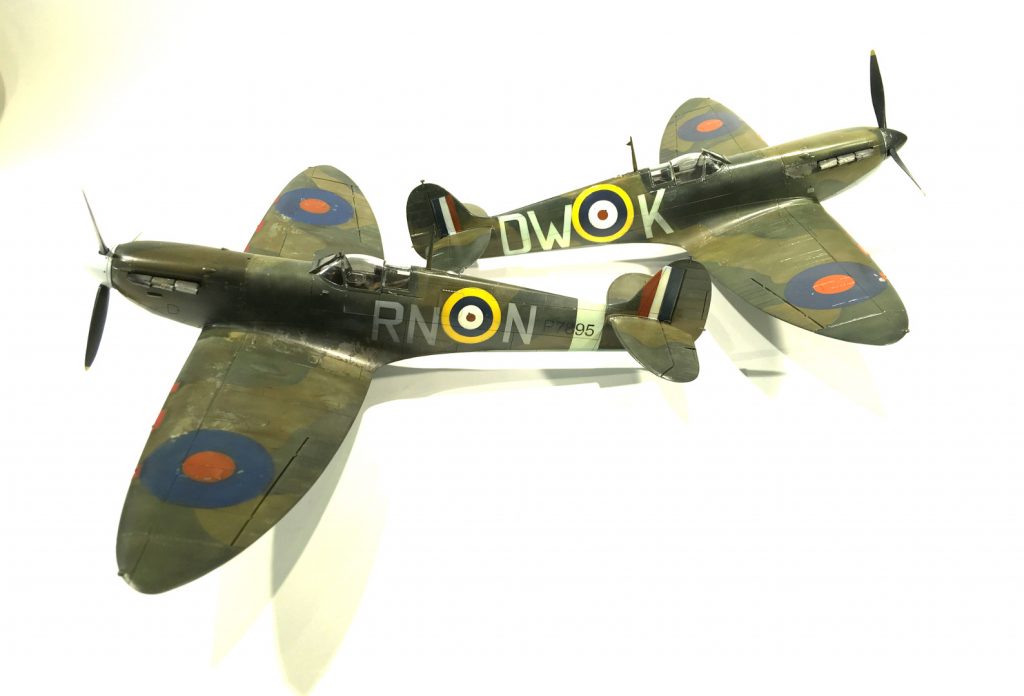 This example neatly illustrates the issue of privilege.  The fairest option is probably left and right, unless you’re really sure that only one option is desired.

That’s why I get cross when I hear a decision justified by “only [small percentage] of people used that option.”  Unless you mean “and we don’t want those people’s business,” they are still customers and you owe it to them to provide a viable alternative.

Sometimes, this can be as simple as ensuring that the more complicated route is still as accessible as possible.  If you want to put Tamiya’s big Mosquito on a stick, you have to provide your own stick, and close the gear bay doors.  In other words, it’s doable, but more of a hassle than with previous Tamiya 1/32 props.  That Trumpeter 1/350 Type 23 frigate I built last summer, however, had no provision for a waterline build.  That was great for me, but a risky hassle to cut for anyone who wanted that option. 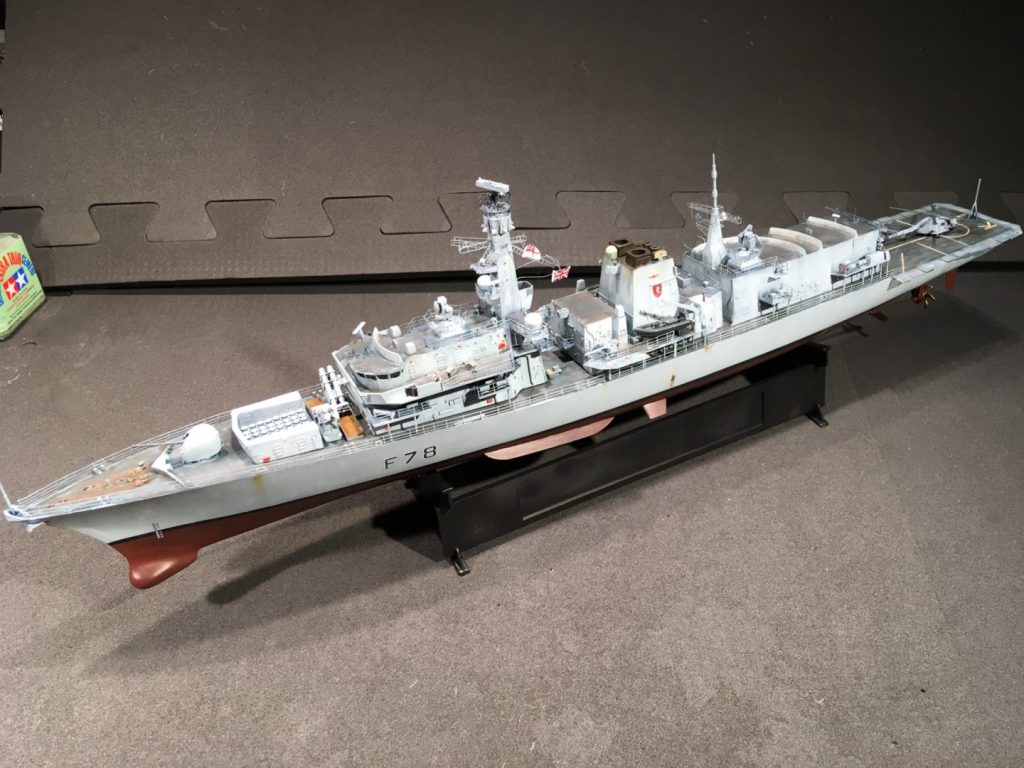 Which brings us back to multi-part fuselages.  In recent months I’ve had the pleasure of Trumpeter’s 1/32 MiG-17 and now Kinetic’s 1/32 F-86.  I also have Trumpeter’s 1/32 MiG-21F-13 and Italeri’s 1/32 RF-104G and those look like more of the same.  Each of these kits is moulded with the tail section separate.  This clearly privileges those builders who want to display the model with the tail removed.  To me, this is an inexplicable as building “in-flight” is to other people, but that’s by the by.

By going down this route (rather than a full fuselage with a cut line) the manufacturers have placed a burden on the modeller who wants to build the fuselage closed.  That’s ok if the kit fits perfectly, and even better if you put in some bracing to help both sides conform, but in my experience these have so far proved to vary in profile, width, height, and thickness.  Because this is an element that must be fixed perfectly, the multi-part fuselage is a major burden on the modeller.

Who do we care about?

Here’s where we get back to my hypothesis that kit design can fuel a sense of elitism.  Default settings can be an elitist mechanism, or an egalitarian one.  It comes down to what we consider as the default option and what we offer as alternatives.

When manufacturers offer a default that requires more effort to “undo” or build in a different way, that is inherently elitist.  It restricts the options available to those who may not have the skills or confidence, and when the default is also a complex and intricate one (exposed engines come to mind), we can see who this benefits.  It benefits the excellent modellers who could have easily deconstructed and detailed a simpler kit to create the same masterpiece, but holds back the modeller who is less skilled.  What about the modeller who simply prefers painting and weathering to building?

On the other hand, when a manufacturer offers options that are easy to select, with parts that fit well and are designed for the different options, that is egalitarian.  Tamiya’s 1/32 Corsair comes to mind, with its mind-boggling array of options.  You can build that kit 32 different ways before even looking at which scheme you want or what you want to hang underneath, and every one of those has parts designed specifically for it.  There are separate parts for wheels up or down, wings folded, flaps deployed, canopy open or closed, radiator open or closed.  You can build any of those with no extra work, no aftermarket, all with full instructions and parts specifically designed and which fit perfectly.  That’s an egalitarian kit. 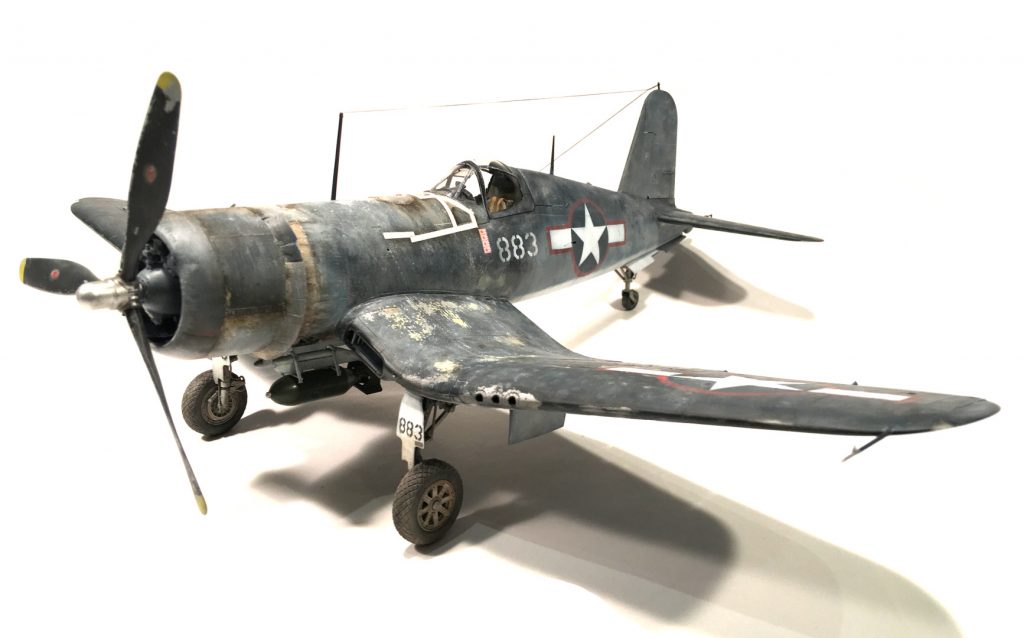