Not bad for a short-run kit, though it has its moments.  This little Yak-3 required a bit more thought than usual to get it working, as the biggest challenge was the fit of the landing gear bays.

When the Yak-1 appeared in 1941, it was quickly seen to be one of the best Soviet fighter designs.  Though as with all Soviet types the early production suffered from a lack of radios and poor pilot training, the Yak was both popular with its pilots and had potential.  The type was easy to fly and handled predictably, while its light weight and clean aerodynamics offered good upgrade potential as new engines came online.  The Yak-3 designation refers to one of these upgrades which offered lighter construction and extra power thanks to improved cooling. 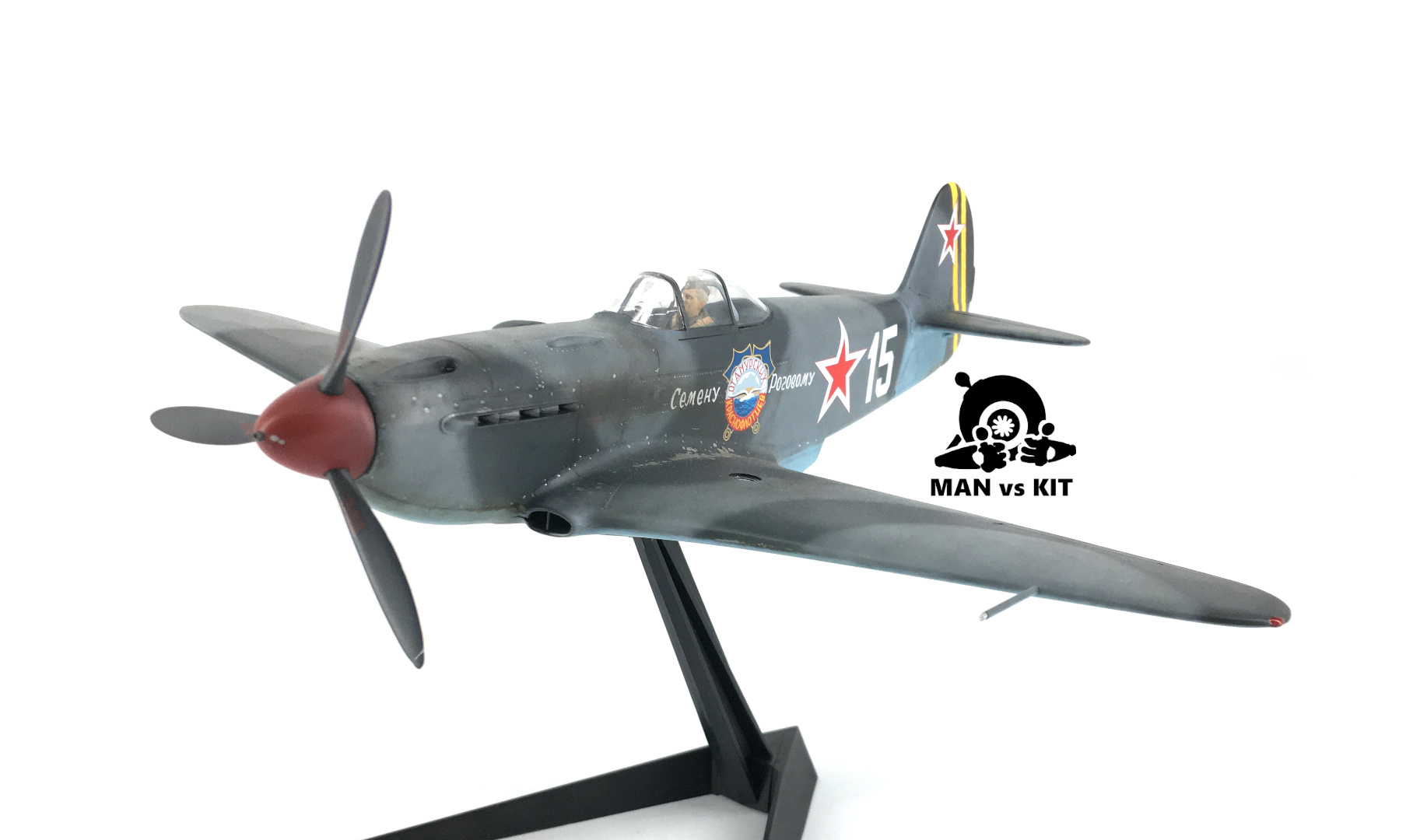 An interesting case study on the effectiveness of this aircraft is that the Normandie-Niemen group of Communist Free French preferred it to the P-51D and felt it was a better dogfighter.  This claim is both plausible and dubious.

It is plausible because the aircraft are designed to operate in a certain paradigm and are effective within that.  The Yak-3 is a low-level dogfighter designed to support tactical bombers and establish air superiority against the same, in operations below 15,000 feet.  The P-51D is a long-range, high-altitude escort fighter designed to cruise enormous distances and fight above 20,000 feet: well above, in the case of the high-altitude engine mod.  Even if we assume the French pilots were comparing a P-51D with an appropriate medium-altitude engine mod, it remains a bigger, heavier fighter with far more internal fuel, and if they were flying low-altitude local missions then the Yak is likely to show the benefit of its great roll rate, low-speed handling and easy maintenance.  But it would not have been great if they were trying to escort bombers to Berlin and back at 25,000 feet.  That said, Normandie-Niemen were not alone in this: USAAF’s 31st and 52nd Fighter Groups traded in their Spitfires for P-51s, despite a belief among the pilots that this was a less effective aircraft. 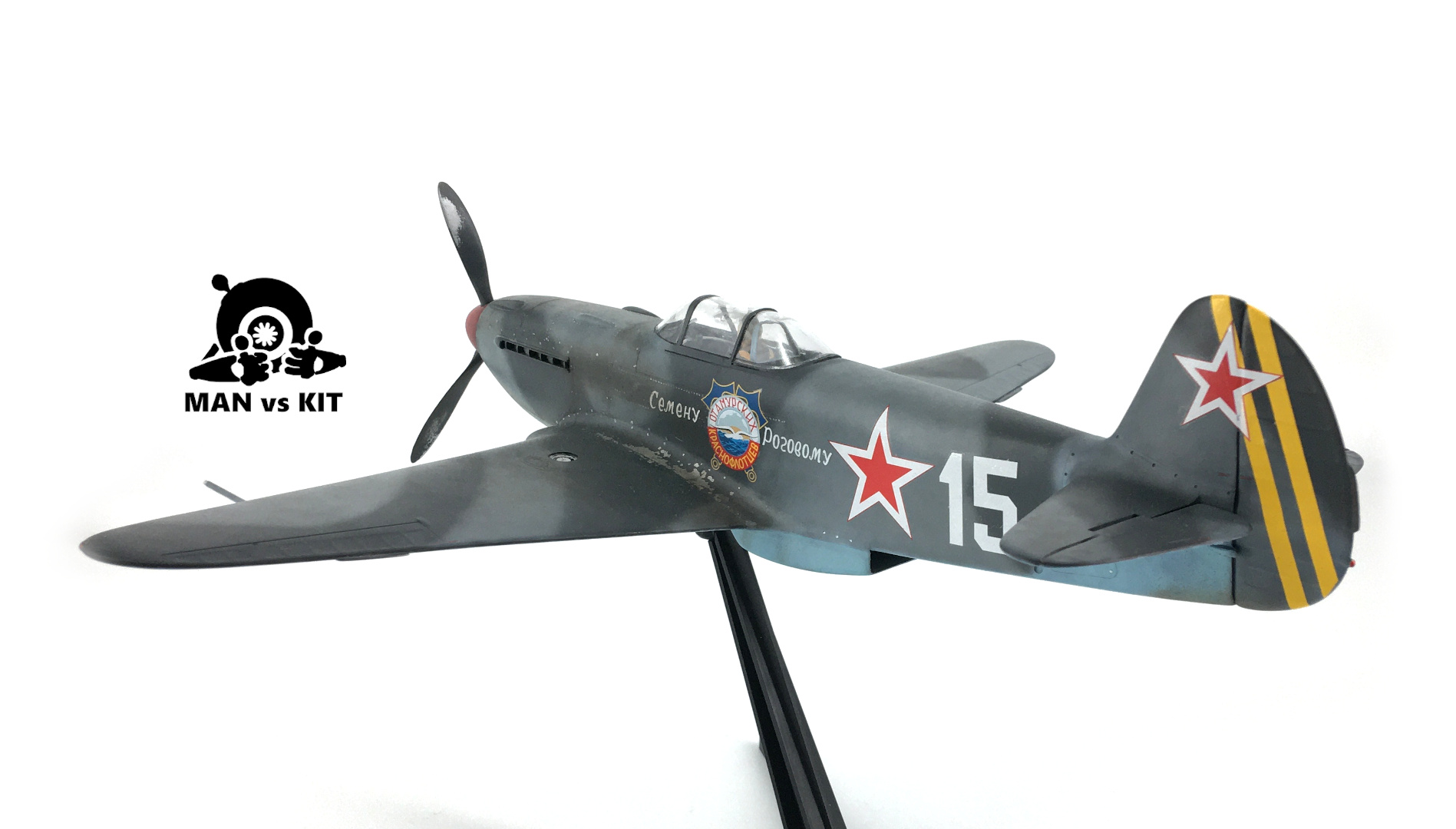 On the other hand, I consider it dubious because the claim refers to a French Communist unit.  Communists at this time really looked to Moscow for guidance and it is very likely that the Soviet regime would have pressured them to accept and extoll a Soviet fighter.  We know for example that Soviet ace Pokryshkin was pressured to convert from his P-39 to a Yak (he declined partly because of a personal dislike), and that the post-war Soviet and Russian successor regimes have downplayed the importance and quality of Western equipment.  Lest you think I am biased against the Soviets here, rest assured we can be even-handed on this one.  Returning to USAAF’s 31st and 52nd Fighter Groups, it is noted that they felt pressured to trade in their Spitfires for P-51s, despite the aforementioned view that this was a less effective aircraft, and they noticed far more press coverage of their exploits once they were flying American planes. 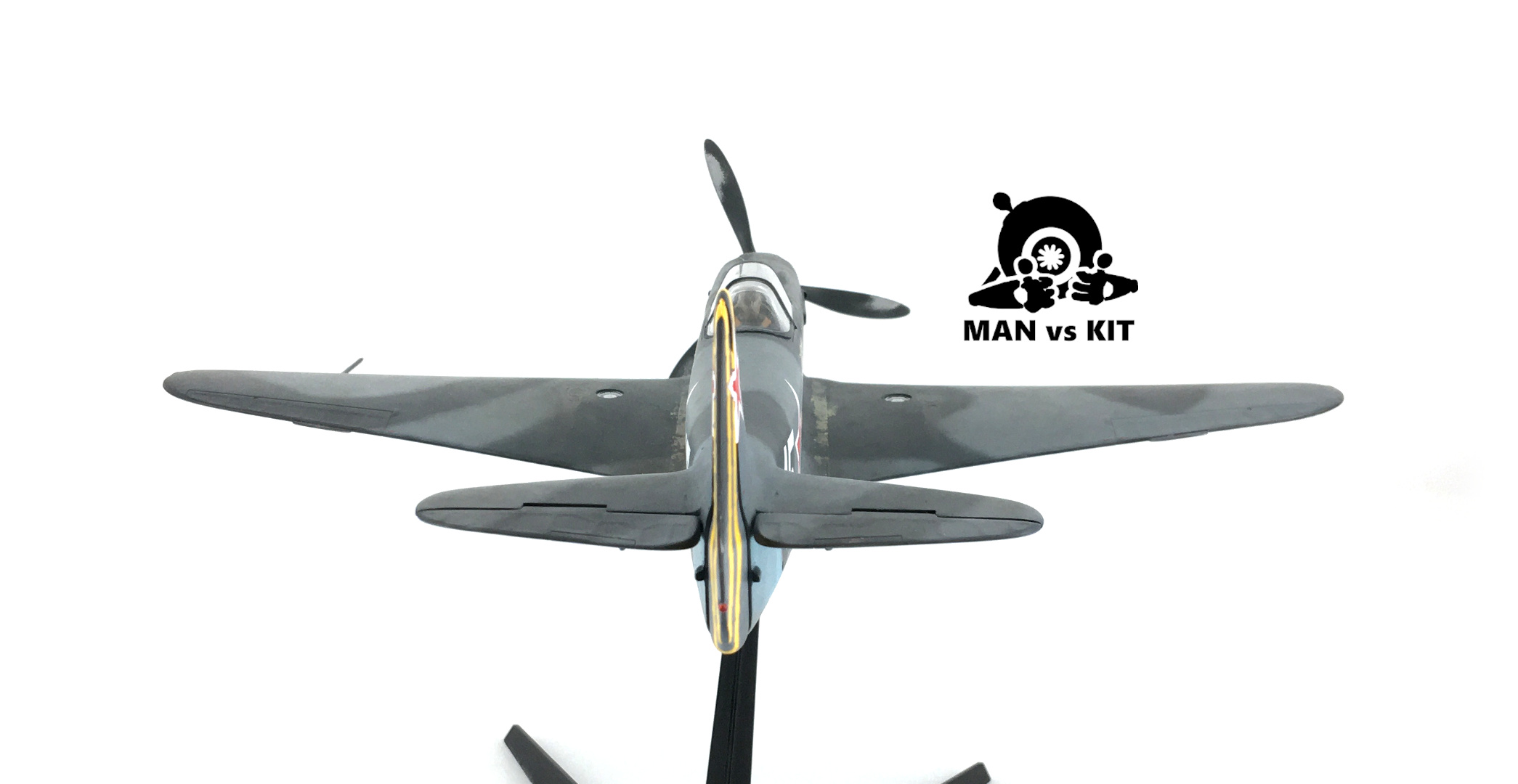 Therefore, we can conclude that while it is likely that the Yak-3’s reputation was aided by Soviet propaganda efforts, such practices were not uncommon.  Further, as different aircraft types excelled at different altitudes and missions, with performance able to be changed on some types by engine mods, it is likely that a unit’s preference for one type over another would be down to familiarity (including tactics) and the mission profiles they flew.  In conclusion, we can assume that real-world combat performance of the Yak-3 was at least comparable to that of other excellent aircraft. 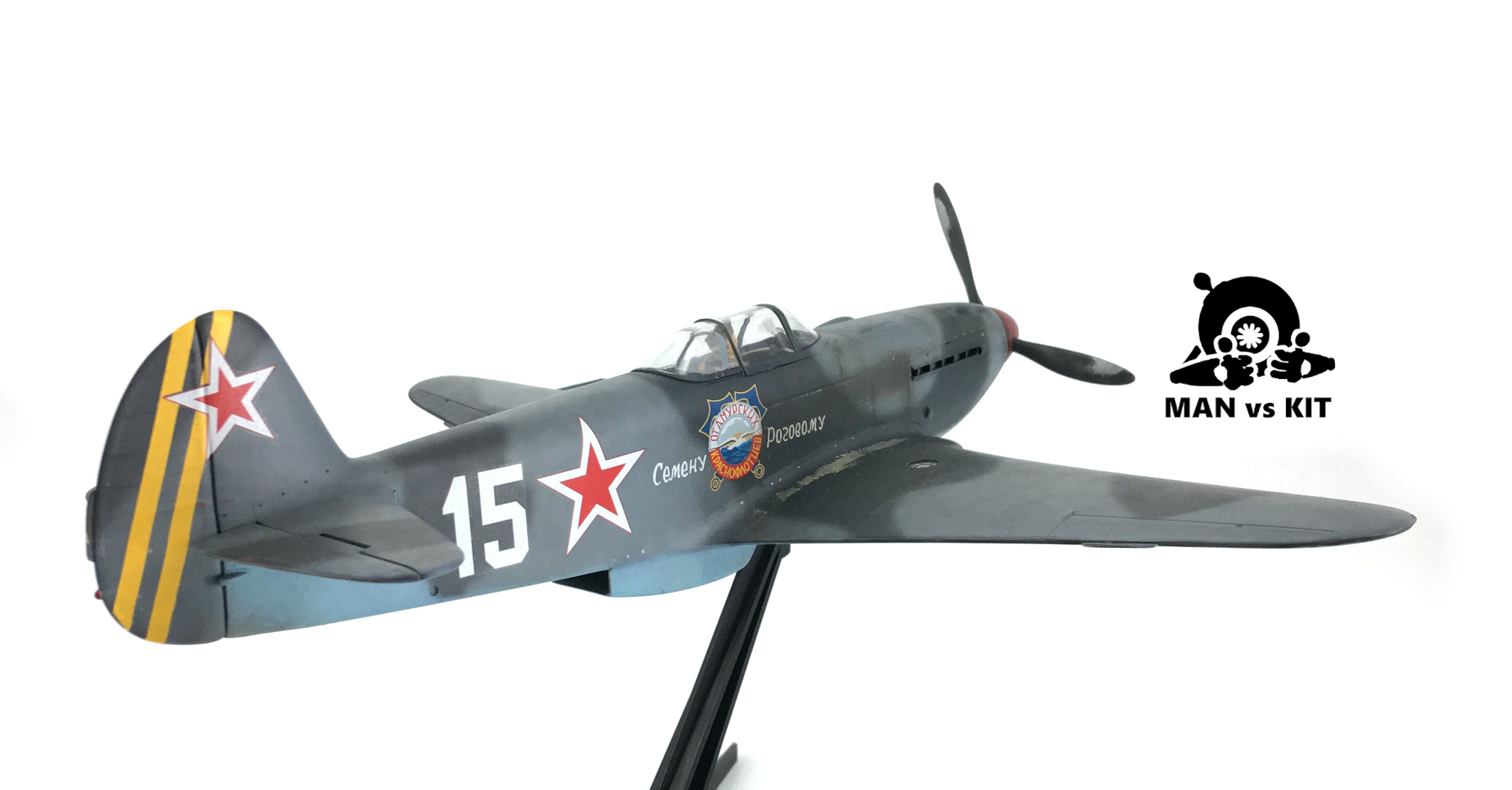 I don’t often build short-run kits as I don’t enjoy fixing the issues with a model as much as I enjoy painting it.  So when I do, it has to be something that really motivates me, and Soviet WW2 fighters fit that nicely. 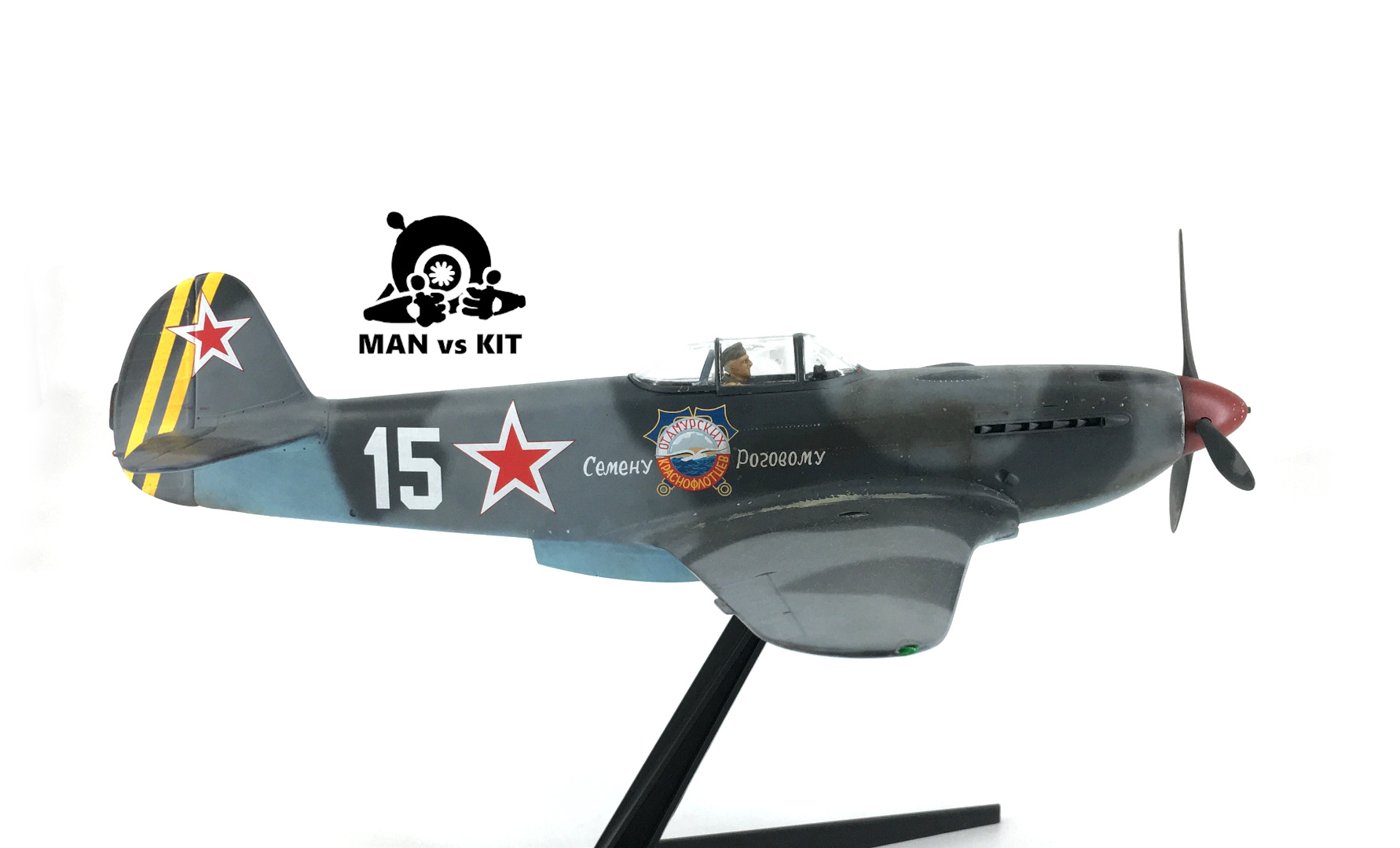 This kit benefits from being extremely simple.  If it were complex, it would present a lot of parts to align that don’t really fit very well, and the lack of locating points or structure would make it a house of cards.  However, because it is simple you never have too many parts to line up, and that makes a big difference. 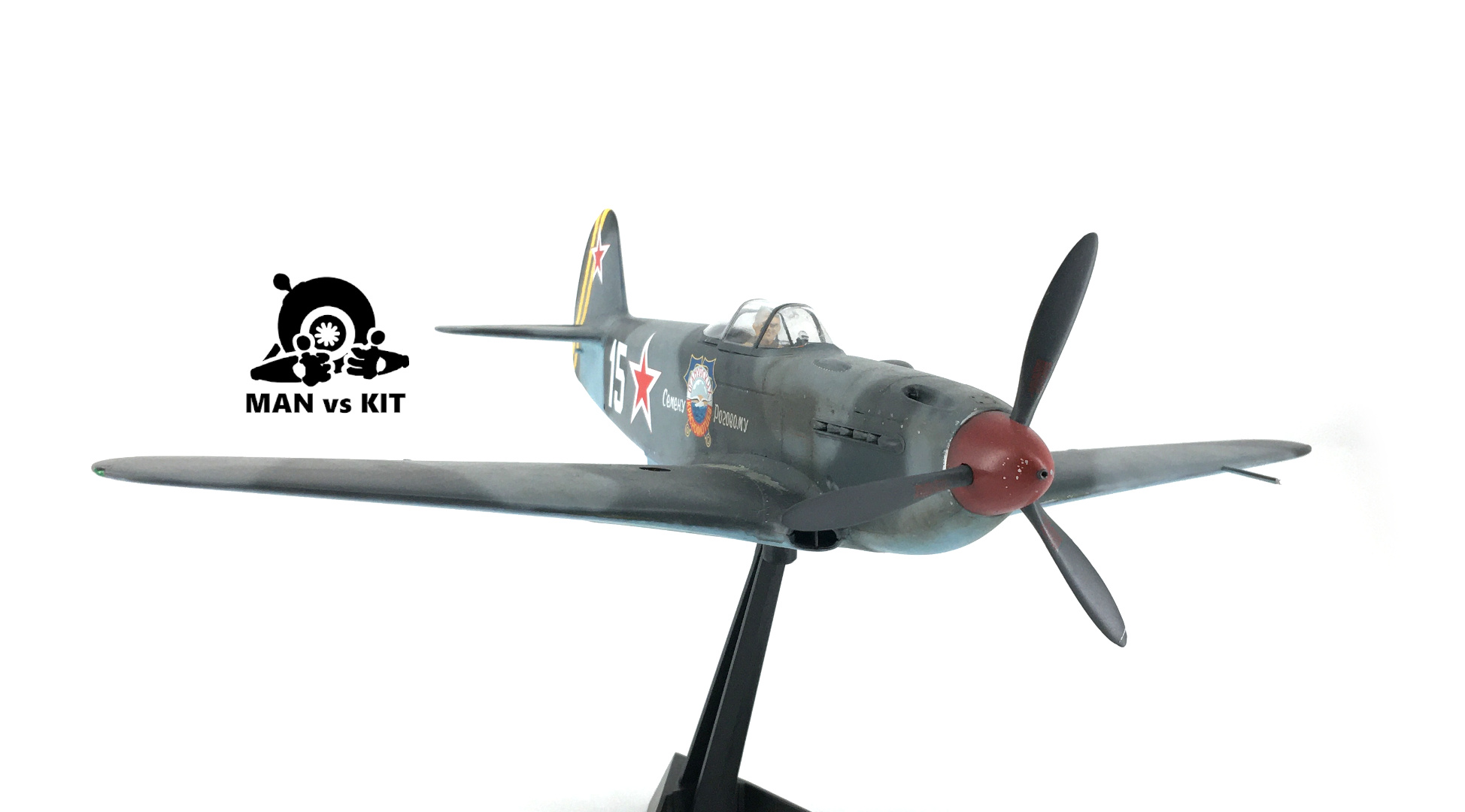 I was expecting the wing root join to be a nightmare as it involves lining up complex curves.  However, this part was not too bad, and where it did need fixing, the fix was quite simple.  Likewise, around the tail there is an issue with the tailplanes not lining up with their fairings on the fuselage.  This required some shaving and quite a bit of filling, but I think it got there in the end. 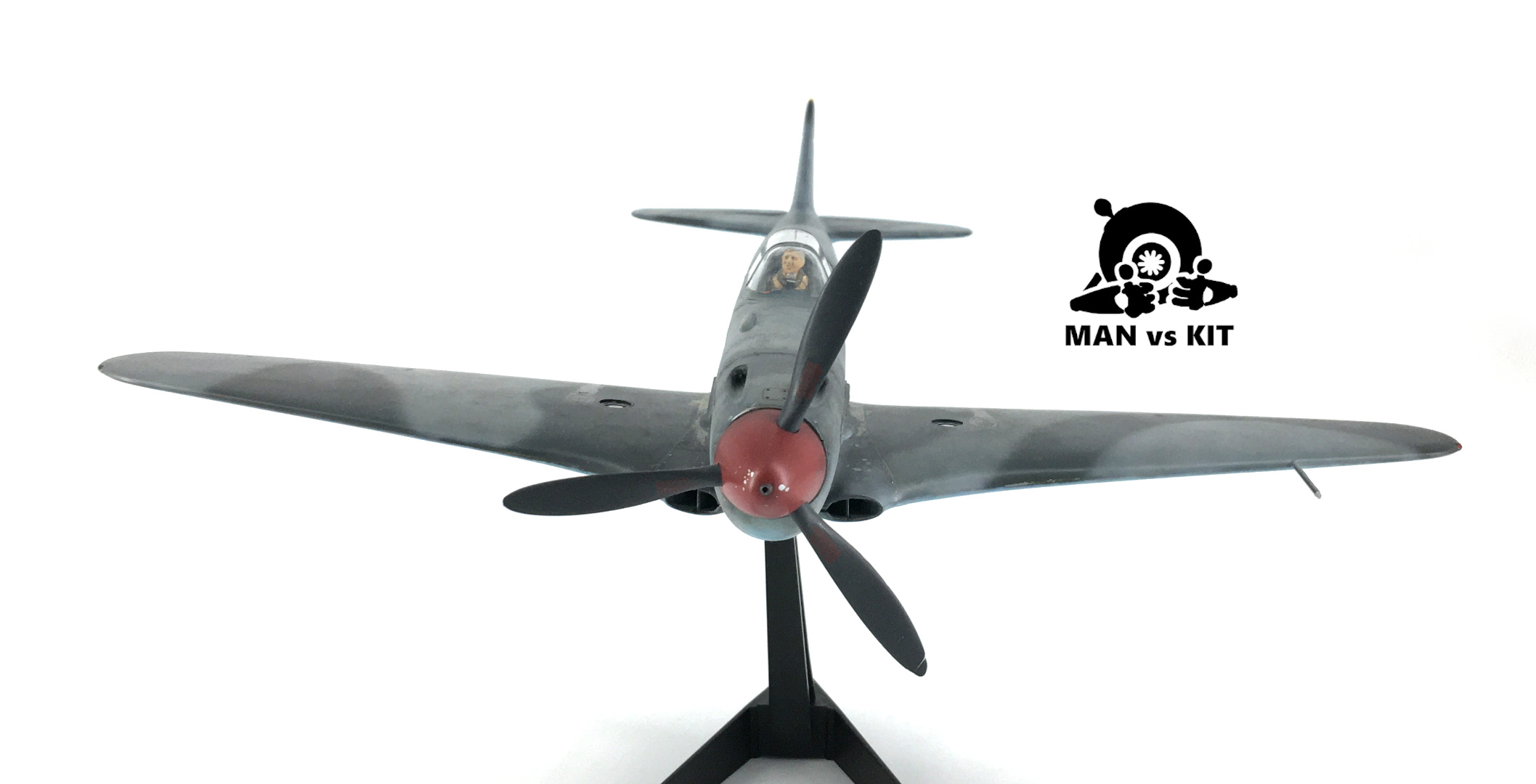 The worst part was the landing gear bays, an area where I hadn’t anticipated any trouble.  I’m not sure why, but I could not get the wings to close with the gear bay installed.  Fortunately the landing gear covers fit reasonably well so I converted it to an in-flight configuration instead.  This isn’t something I’ve done before, and having seen how it went I can only assume there is a better way. 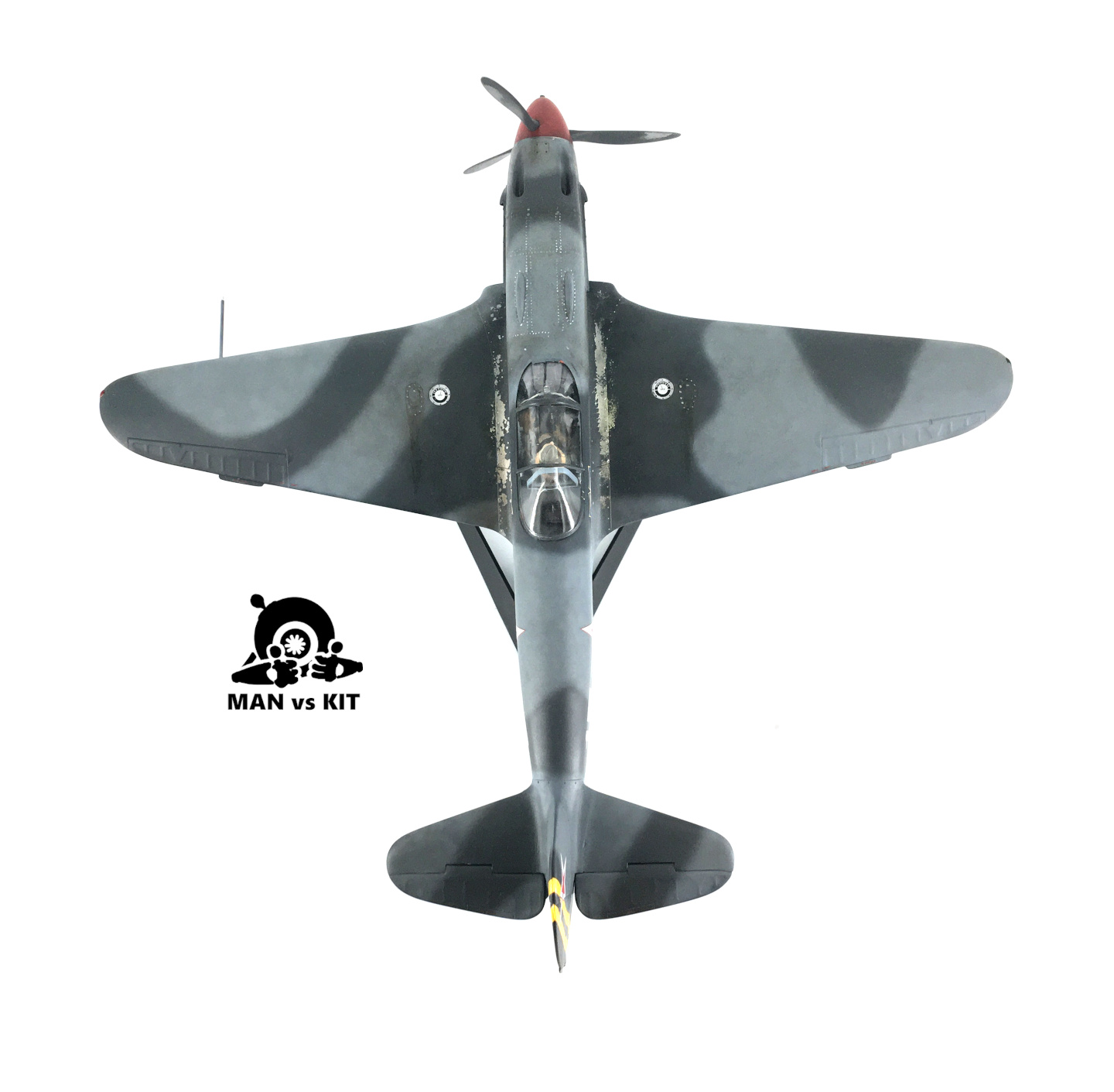 My approach was to install an unused Tamiya stand by drilling through the wing and epoxying it in place.  This has been solid so far, but it doesn’t sit at a great attitude.  Of course, an in-flight plane would look very odd without a pilot, so I took a figure from a Tamiya P-51 and painted him to look a bit like photos of Soviet Yak pilots.  Happily, he fitted in the cockpit with just a little shaving of material off the outside of the knees. 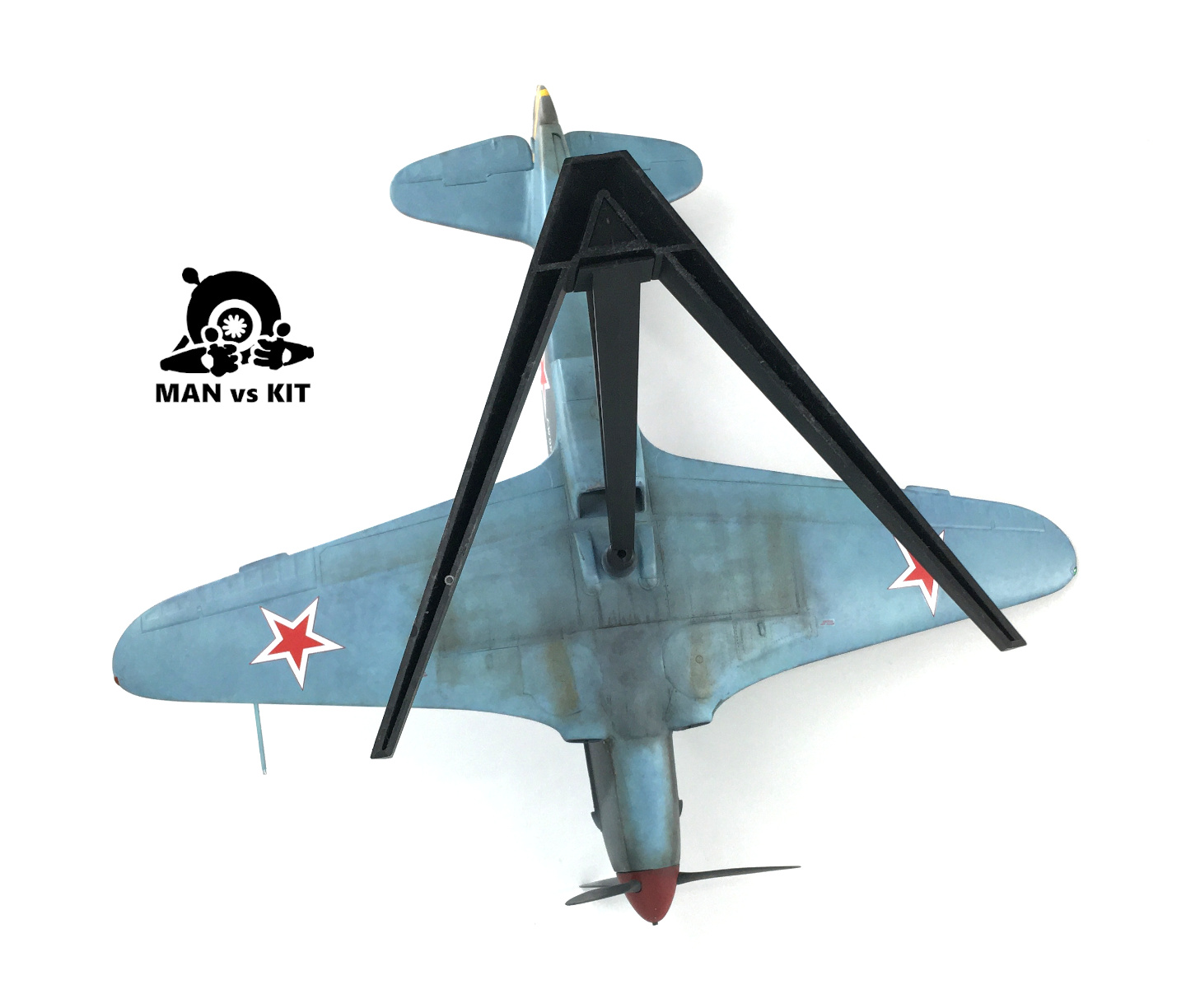 Overall, this is a nice (if tricky) little kit of an important and fascinating aircraft. 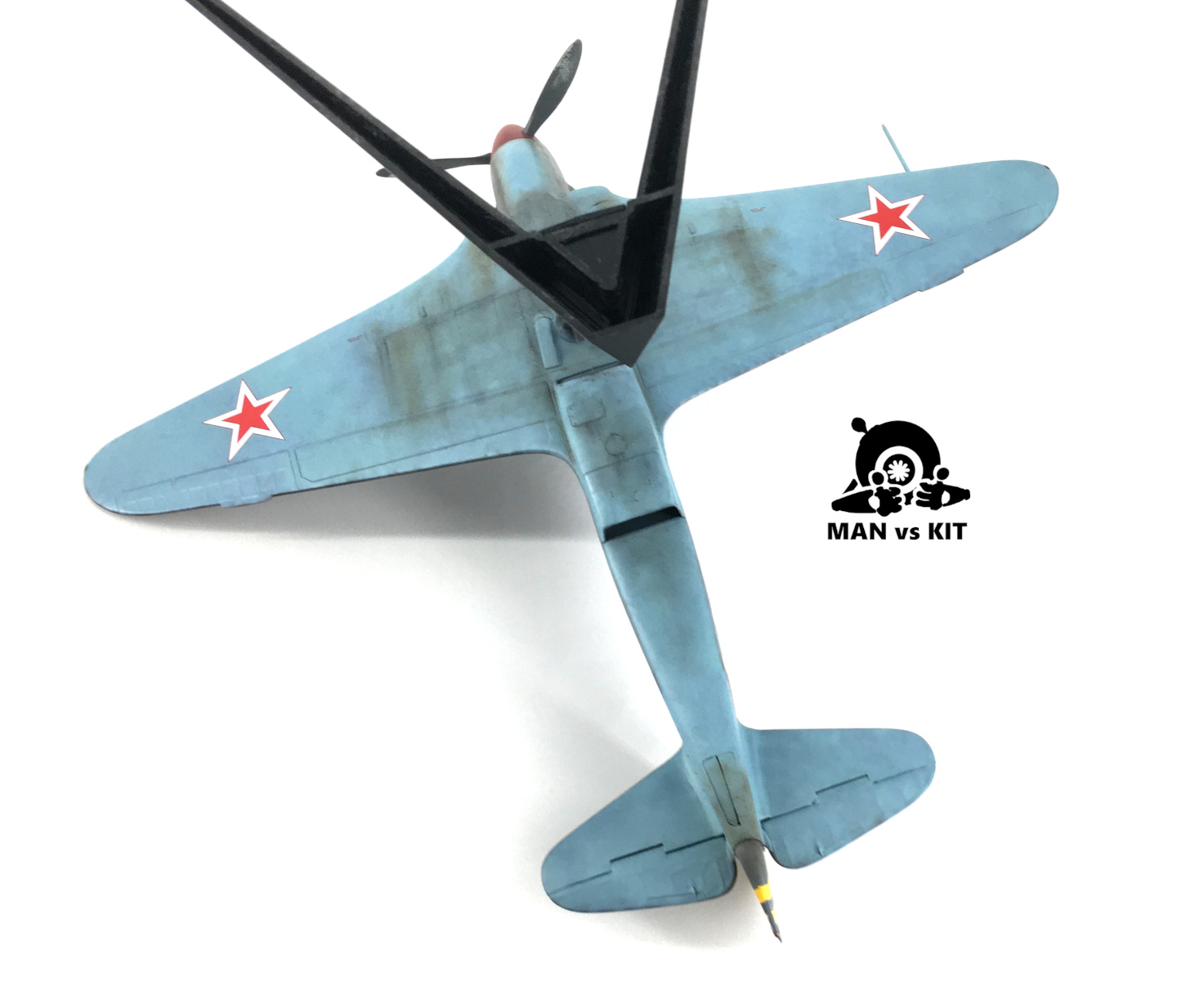 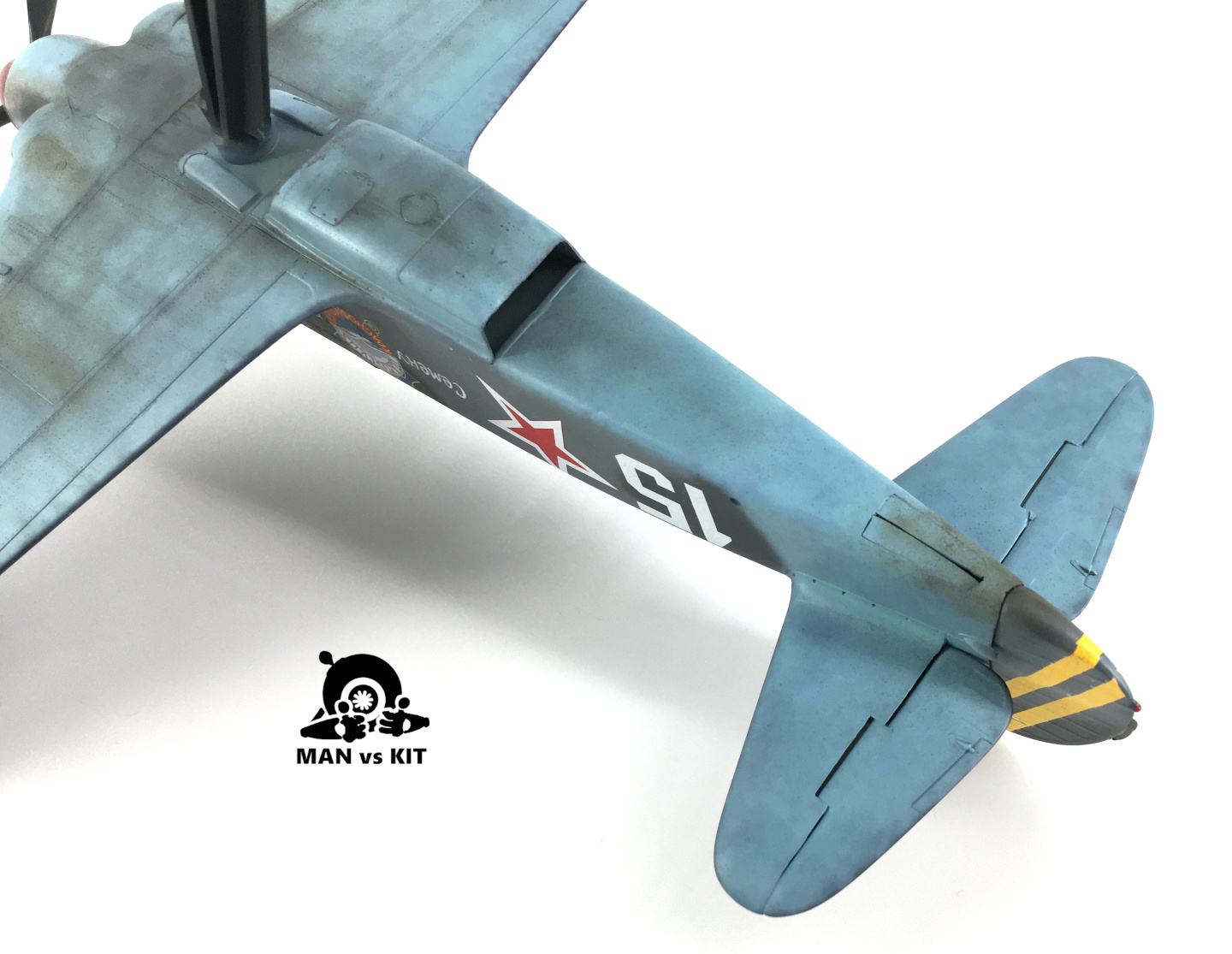 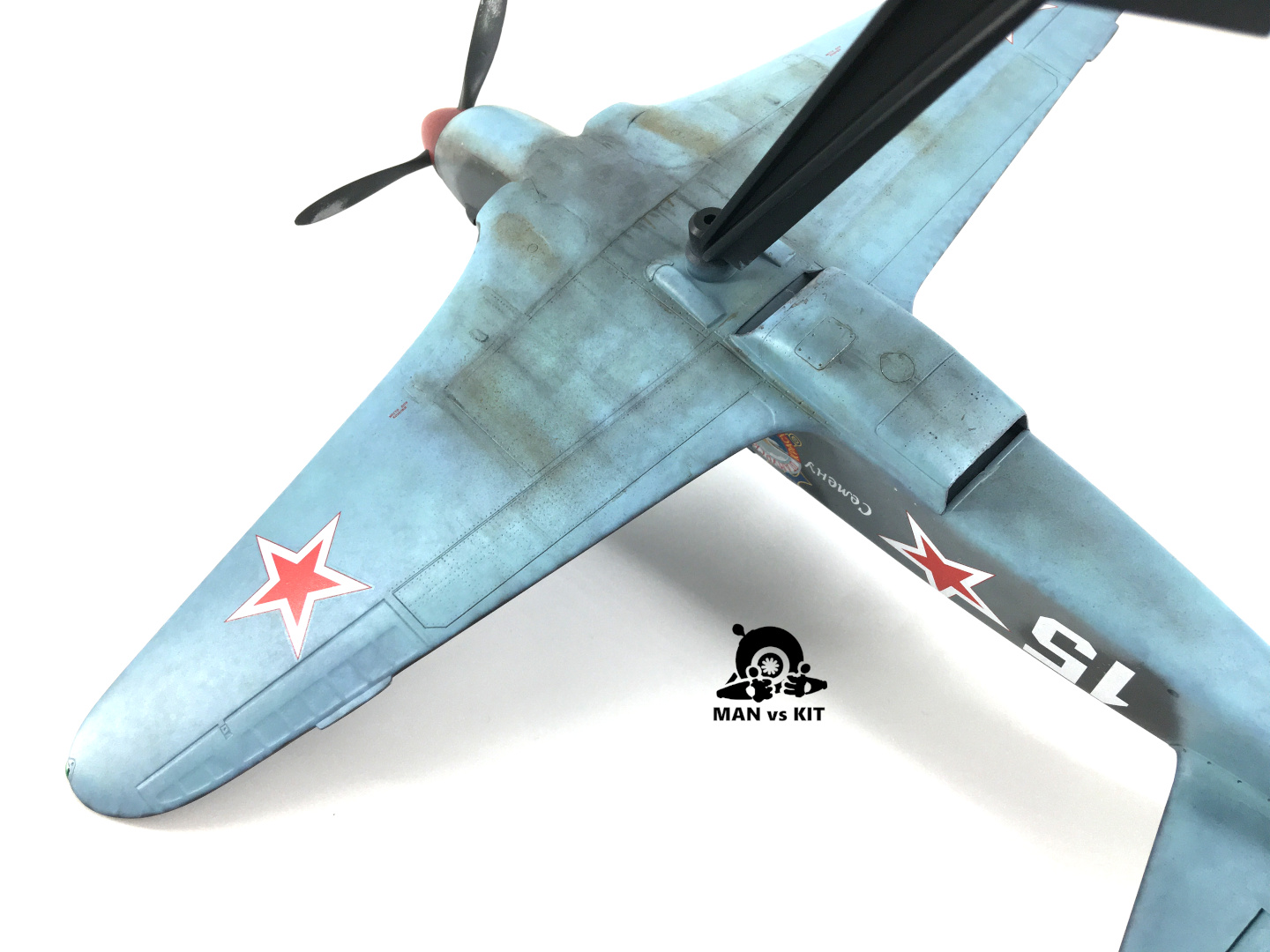 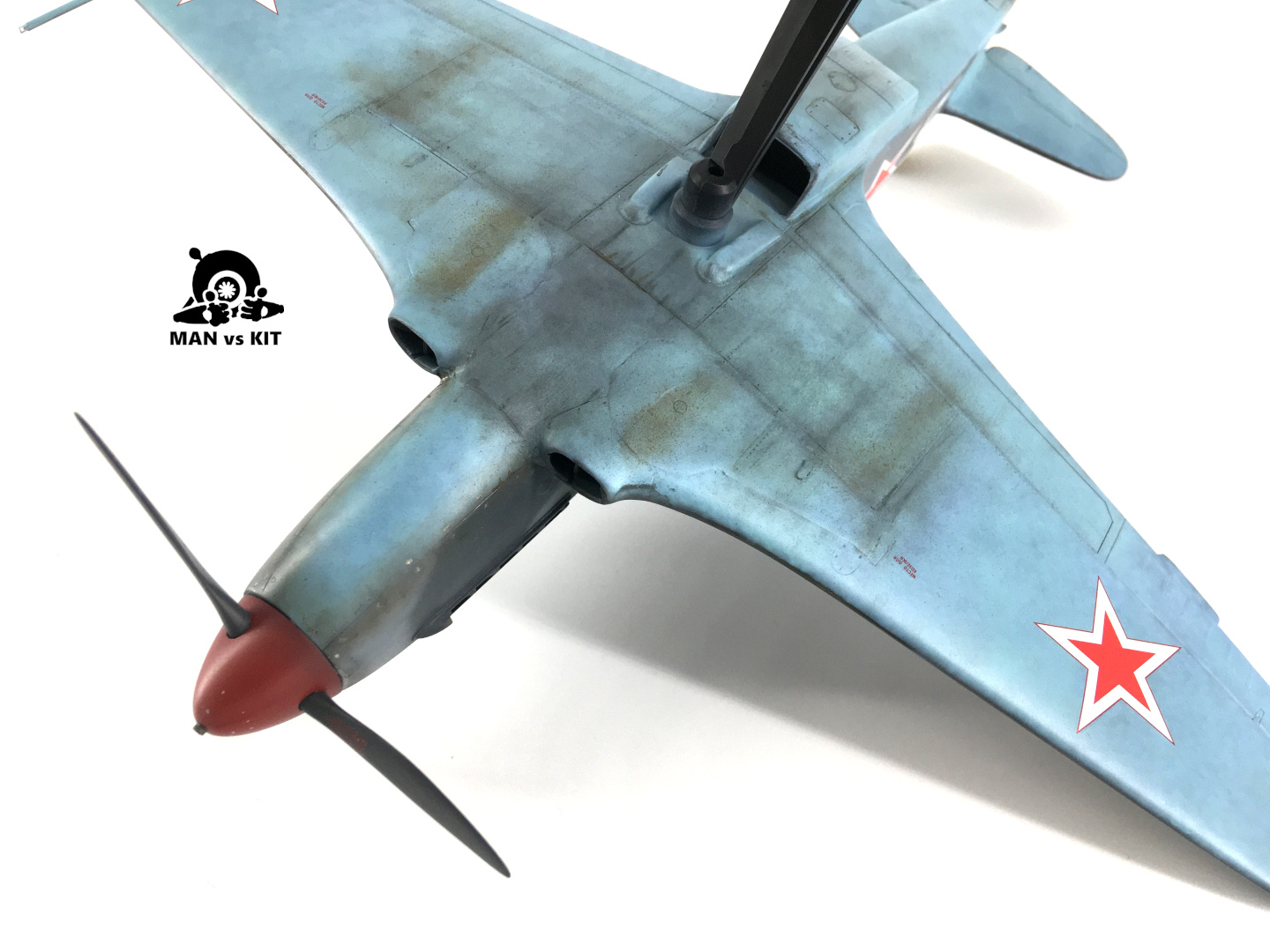 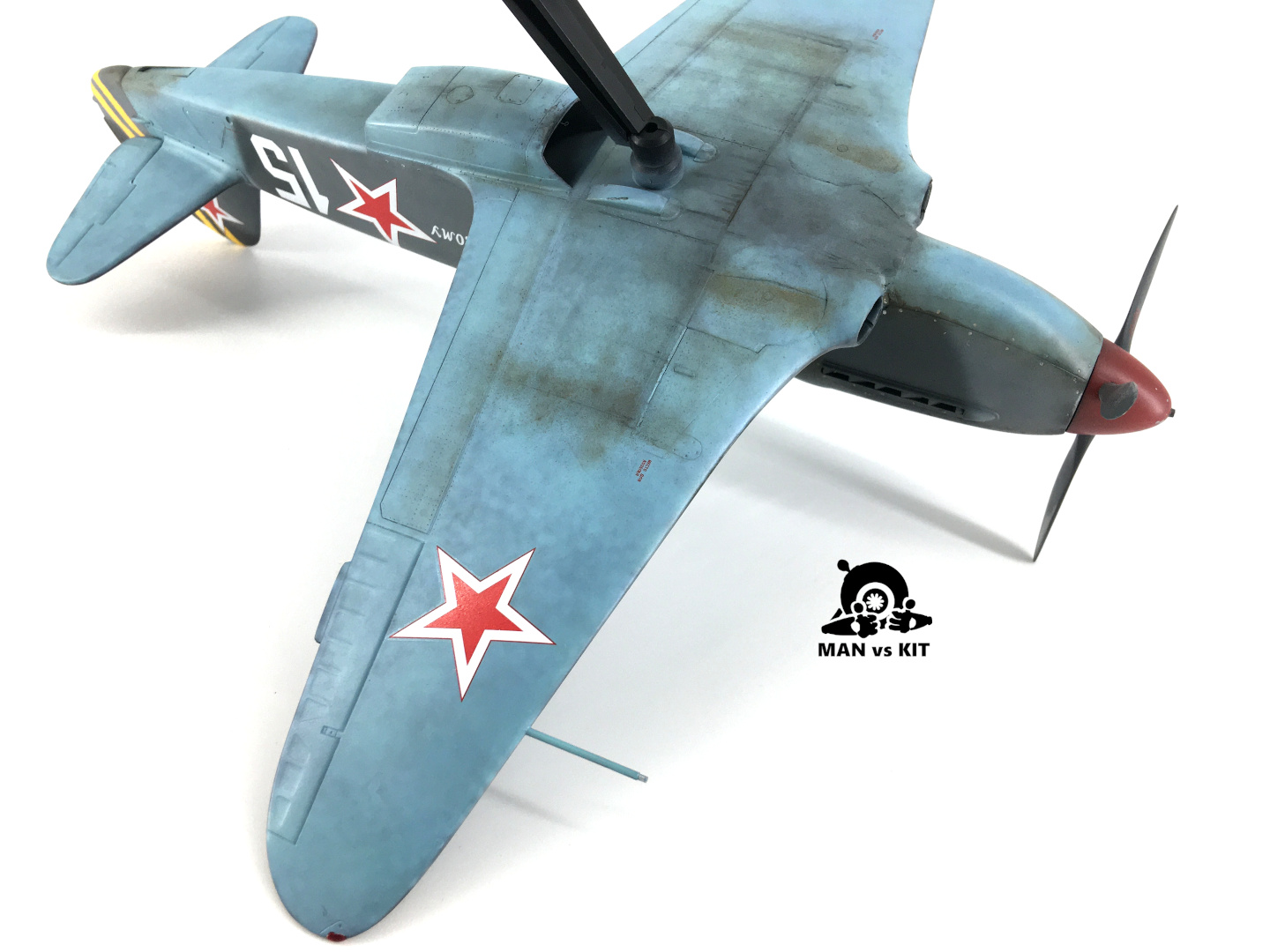 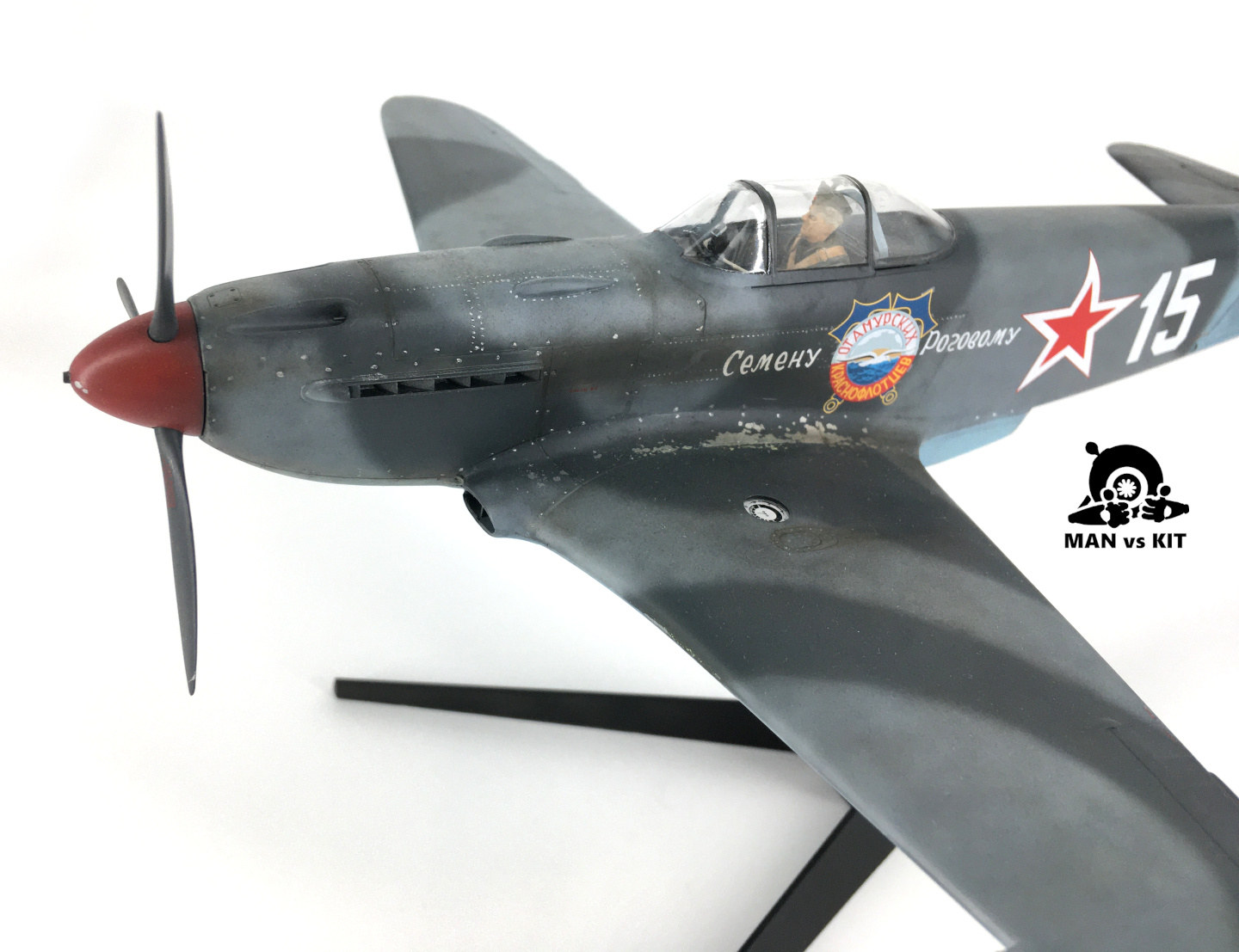 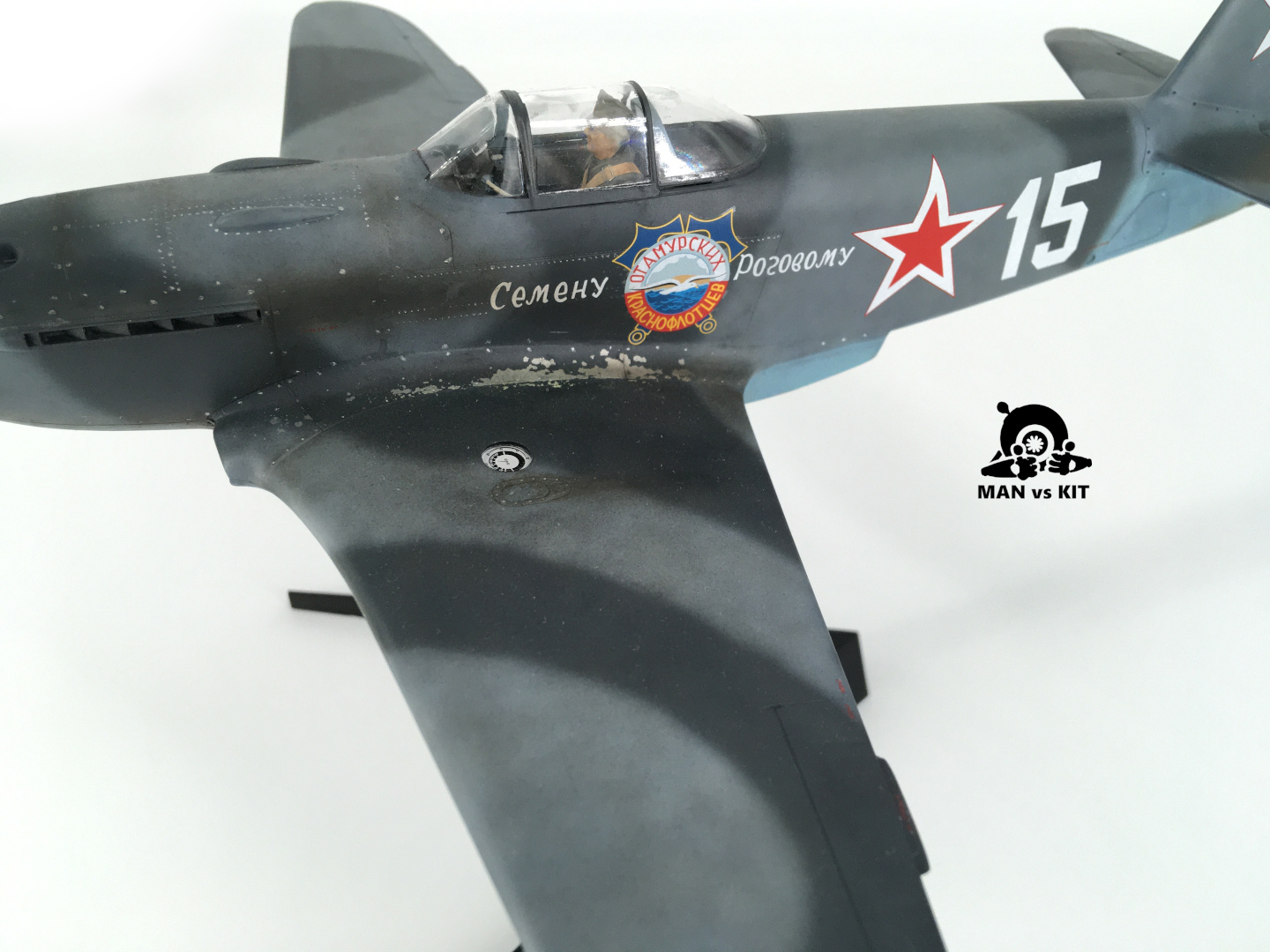 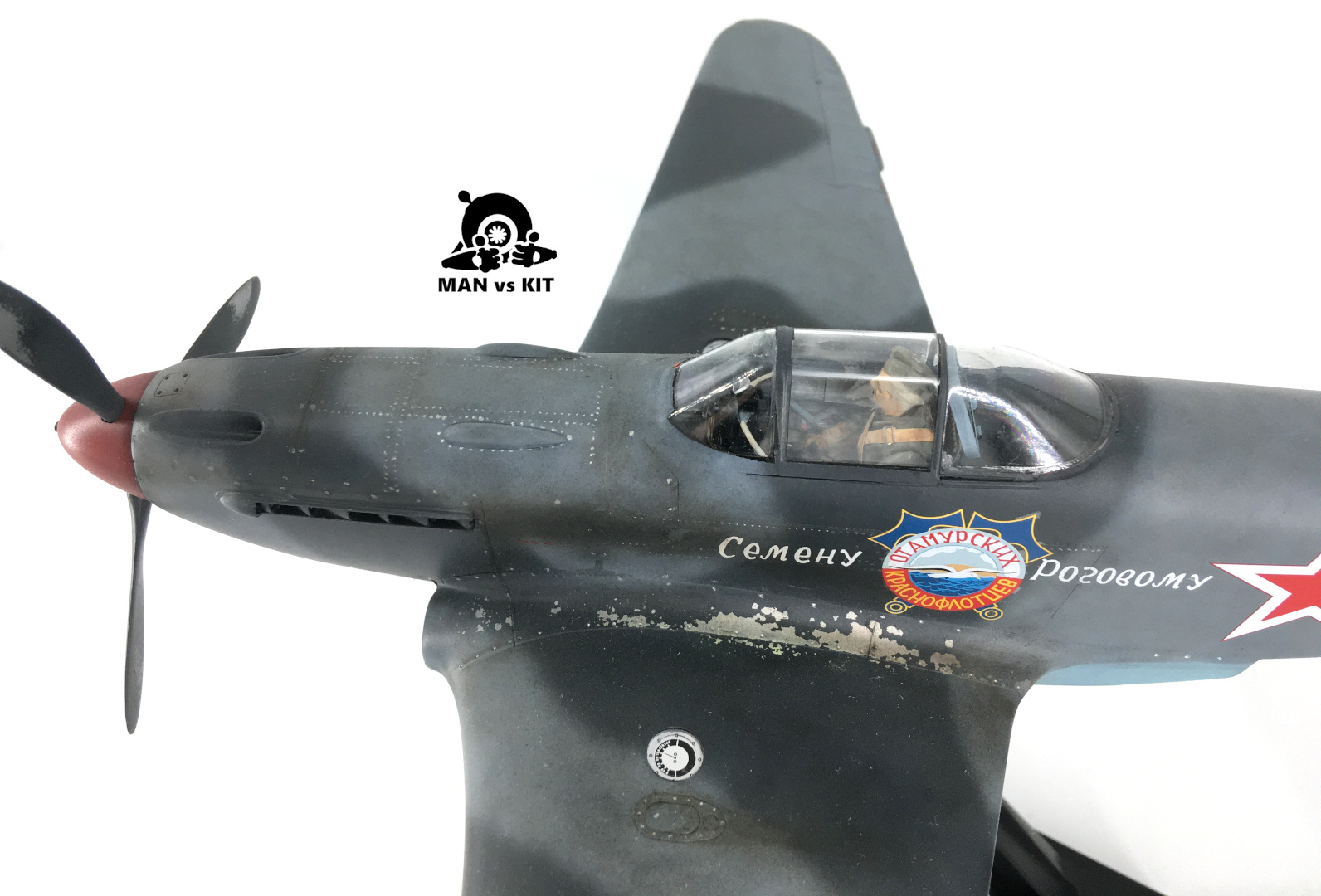 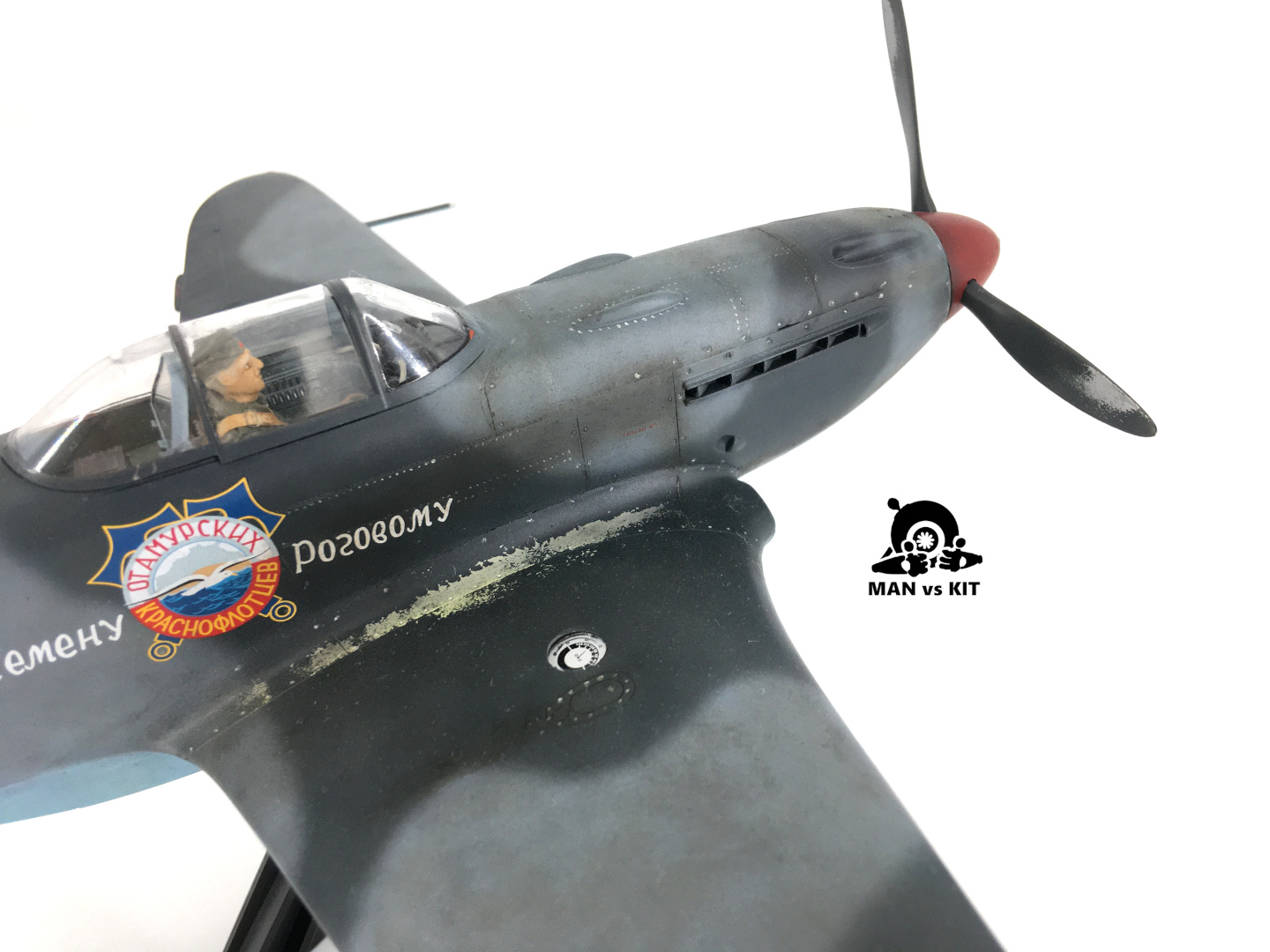 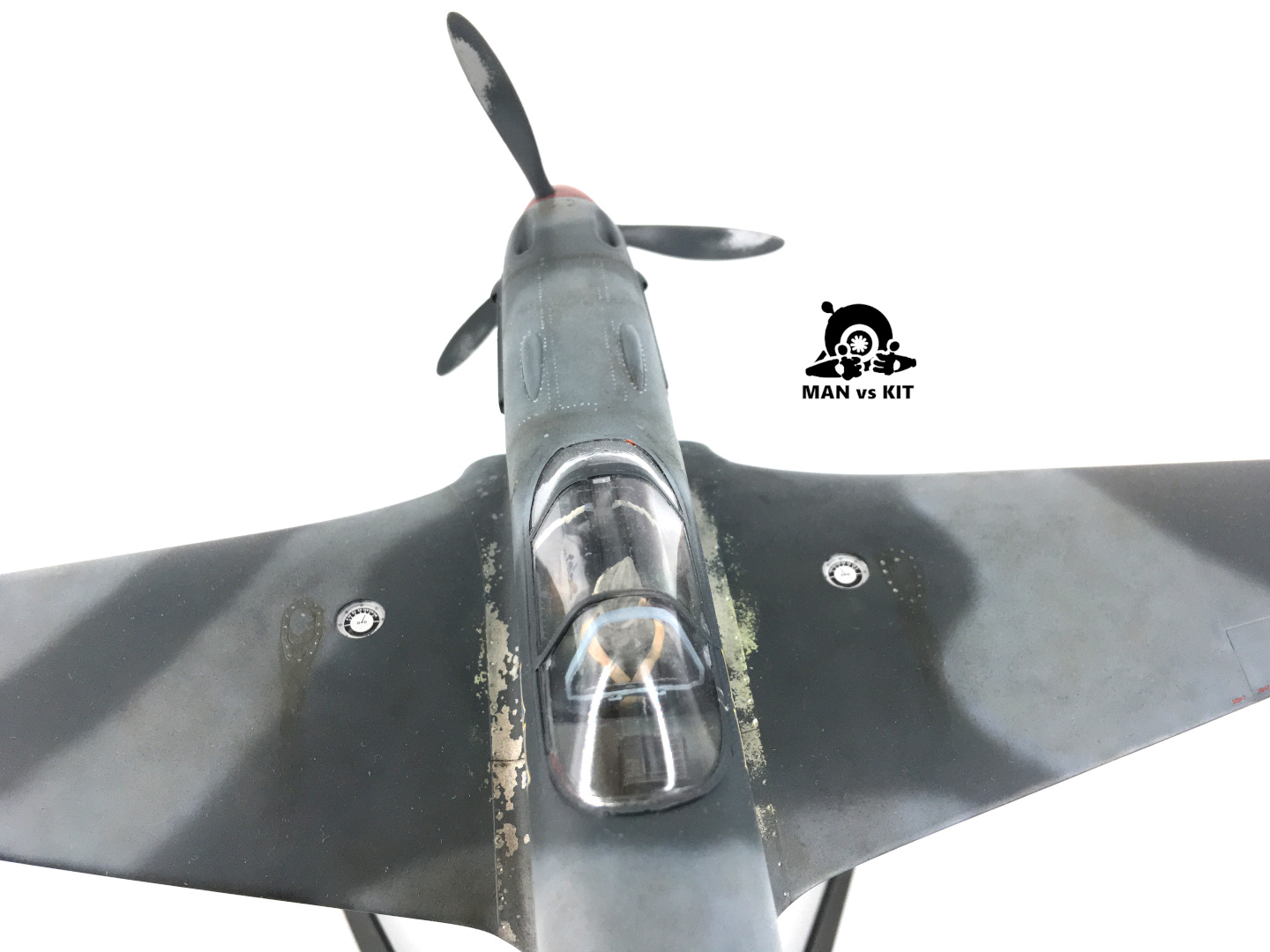