The decals went on easily, and snugged down nicely after application of Micro Sol and Set.  However, I did notice that many of the decals were quite badly out of register, including major ones like the national insignias.  My aircraft changed nationality at the last minute because the Chinese stars were too poorly aligned to use, whereas the Russian ones were merely bad. 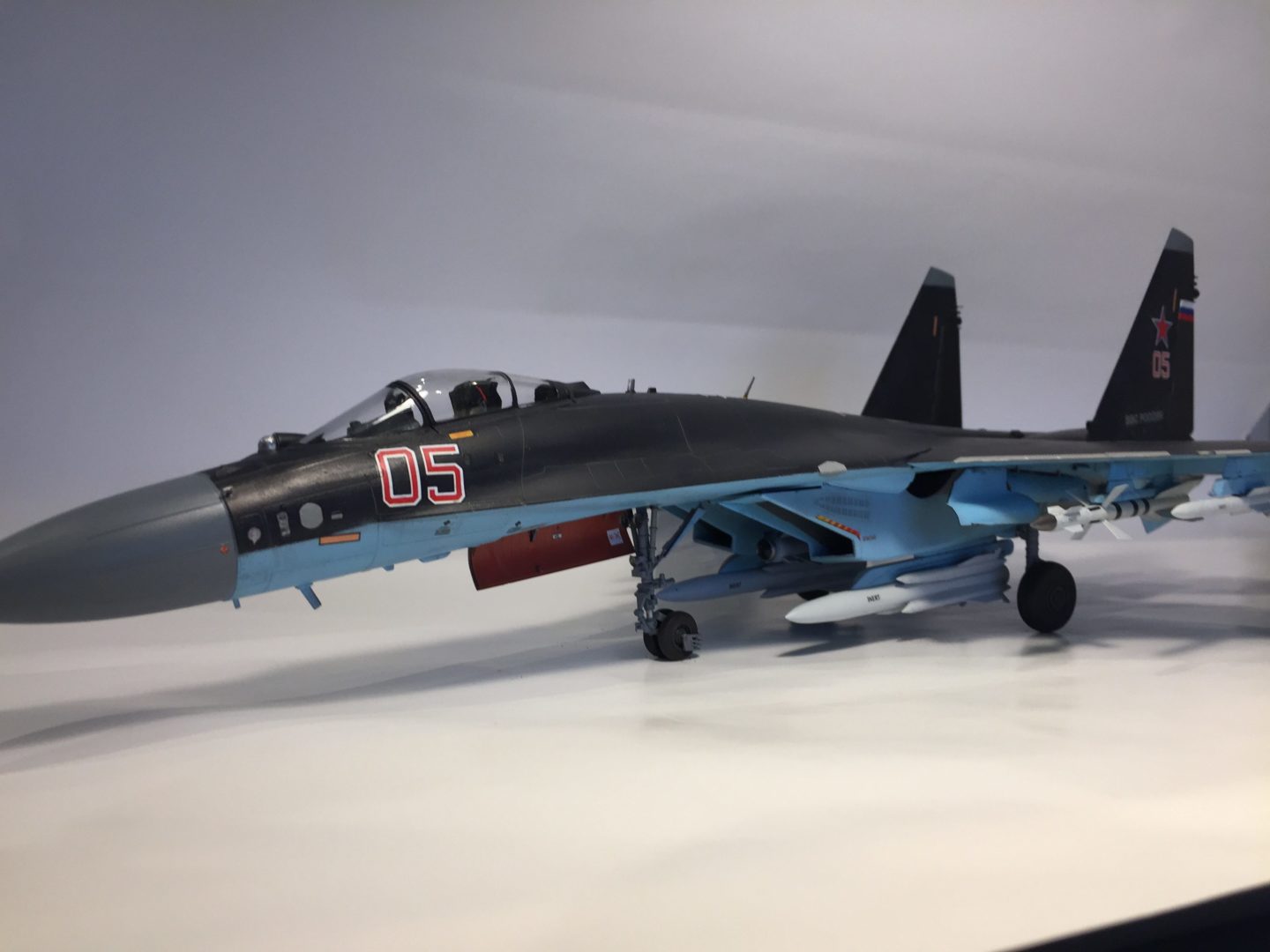 The morning after completing the build I found that the nosewheel had collapsed.  There is a main vertical strut, which then kinks and has an angled strut on about 1cm in length which holds the wheels, and it was this part which collapsed.  My guess is that I simply put too much weight in the nose, and this is an area where it would have been great for the instructions to have provided some guidance.  I reinforced the strut with a styrene chunk and it has been fine since. 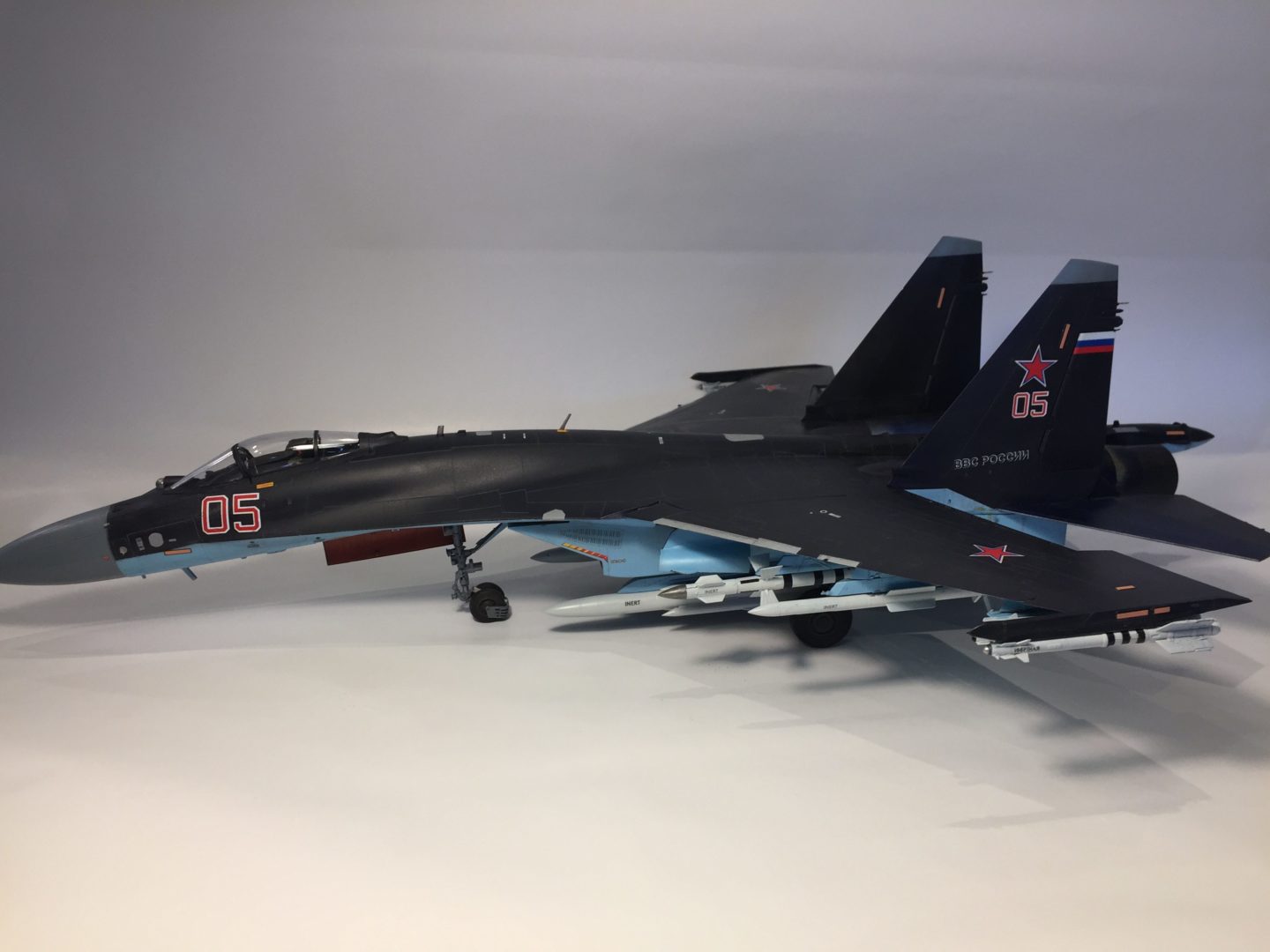 The finished model has a lot of presence and looks stunning on the shelf.  It’s also big, noticeably larger than my F-15 or F-14 in the same scale. 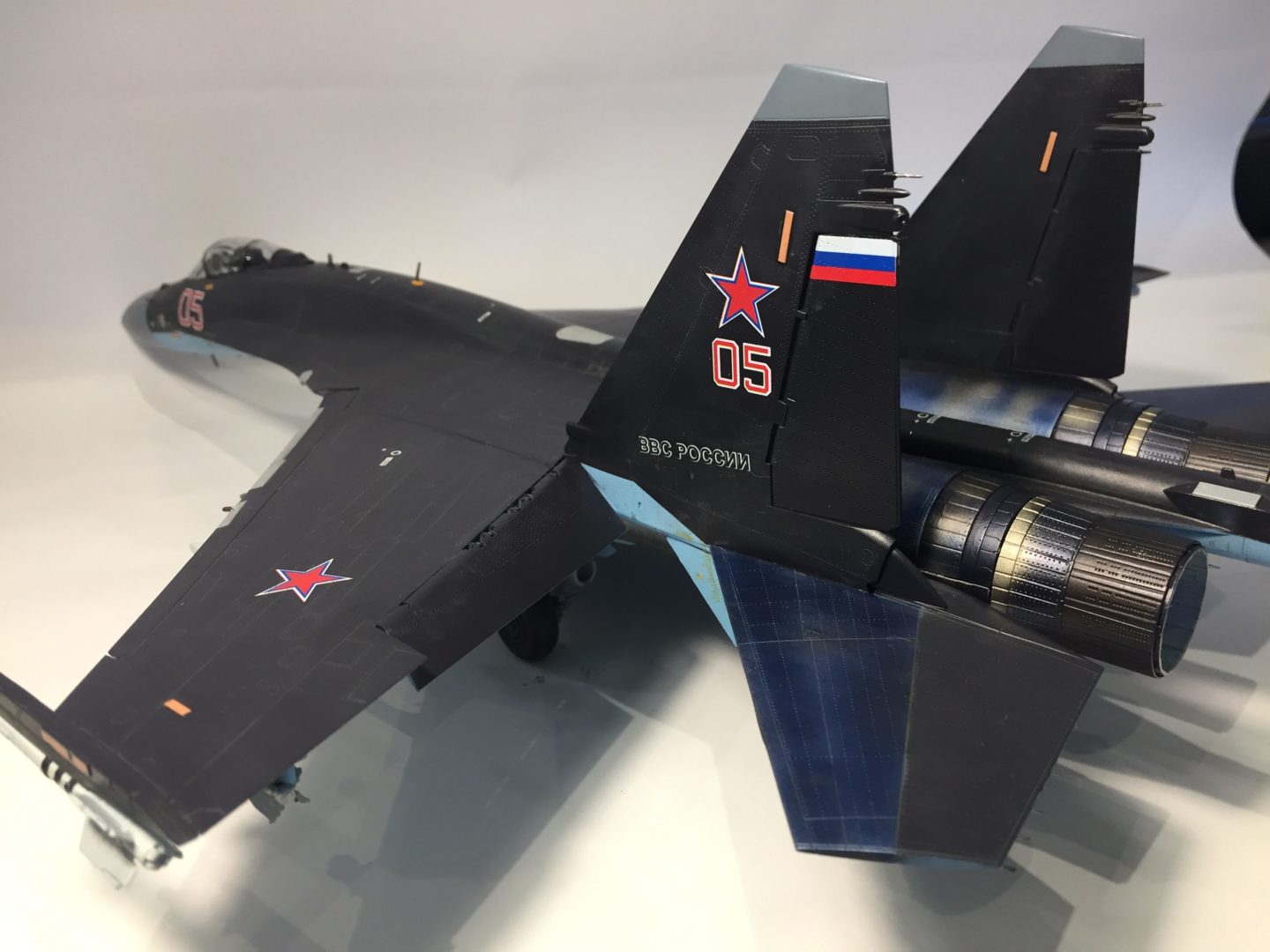 Other points of note

Throughout the build I used Mr Paint, “MRP” and these were a delight to work with as always.  I really appreciate that they provide formulations for specific aircraft colours, so I was able to acquire appropriate colours for the cockpit, “eggplant” grey and a nice pale blue with the confidence that the tones would be correct.  I think these go a long way towards having a model look right from the first glance. 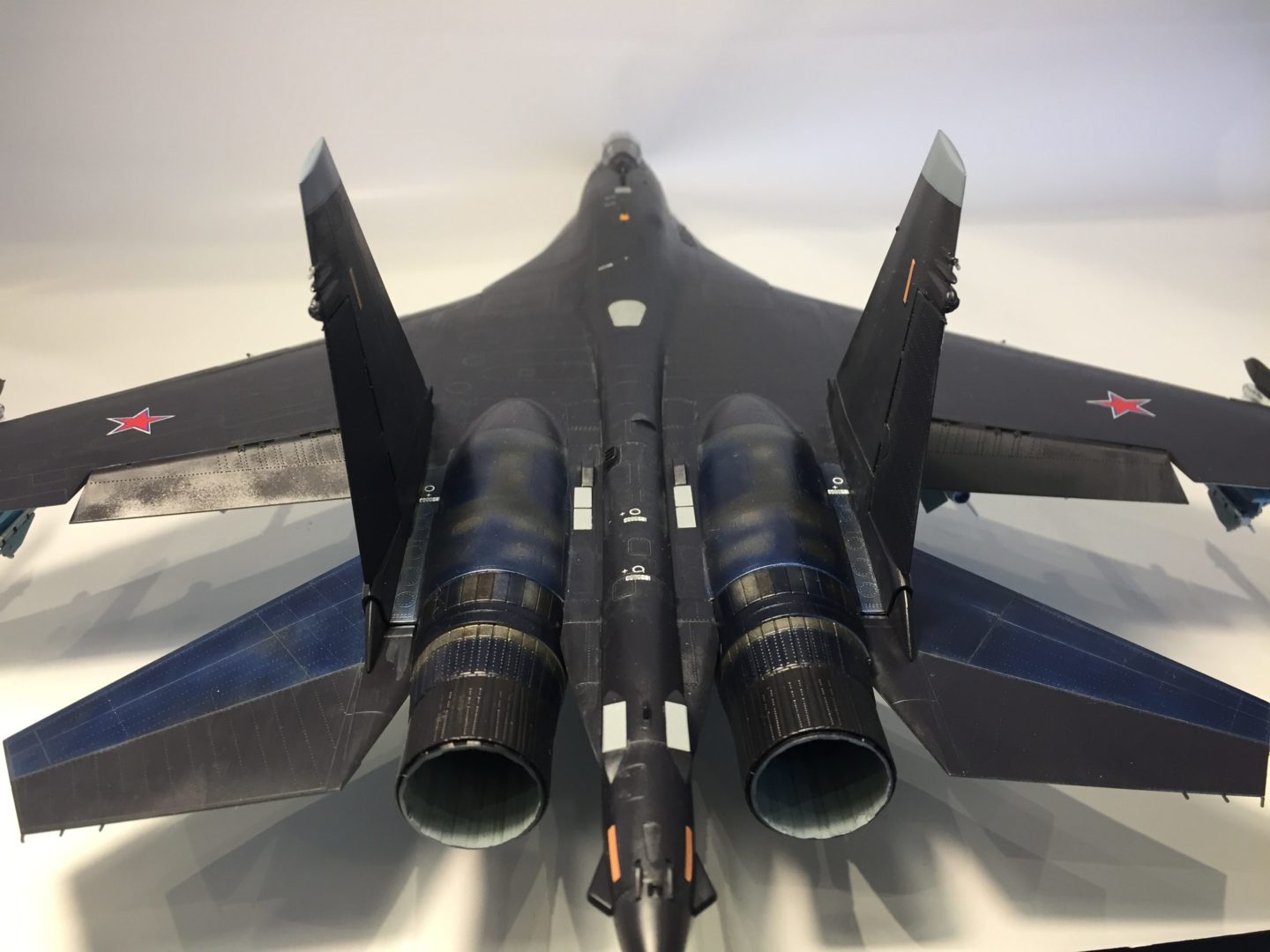 I mentioned when I did the in-box review that I hadn’t yet seen this kit’s big rival, the GWH version.  I now have, thanks to the videos of Doog’s Models, and it’s pretty clear that the other one is the superior kit.  It appears to have generally better detail and more clarity around how the whole thing goes together. 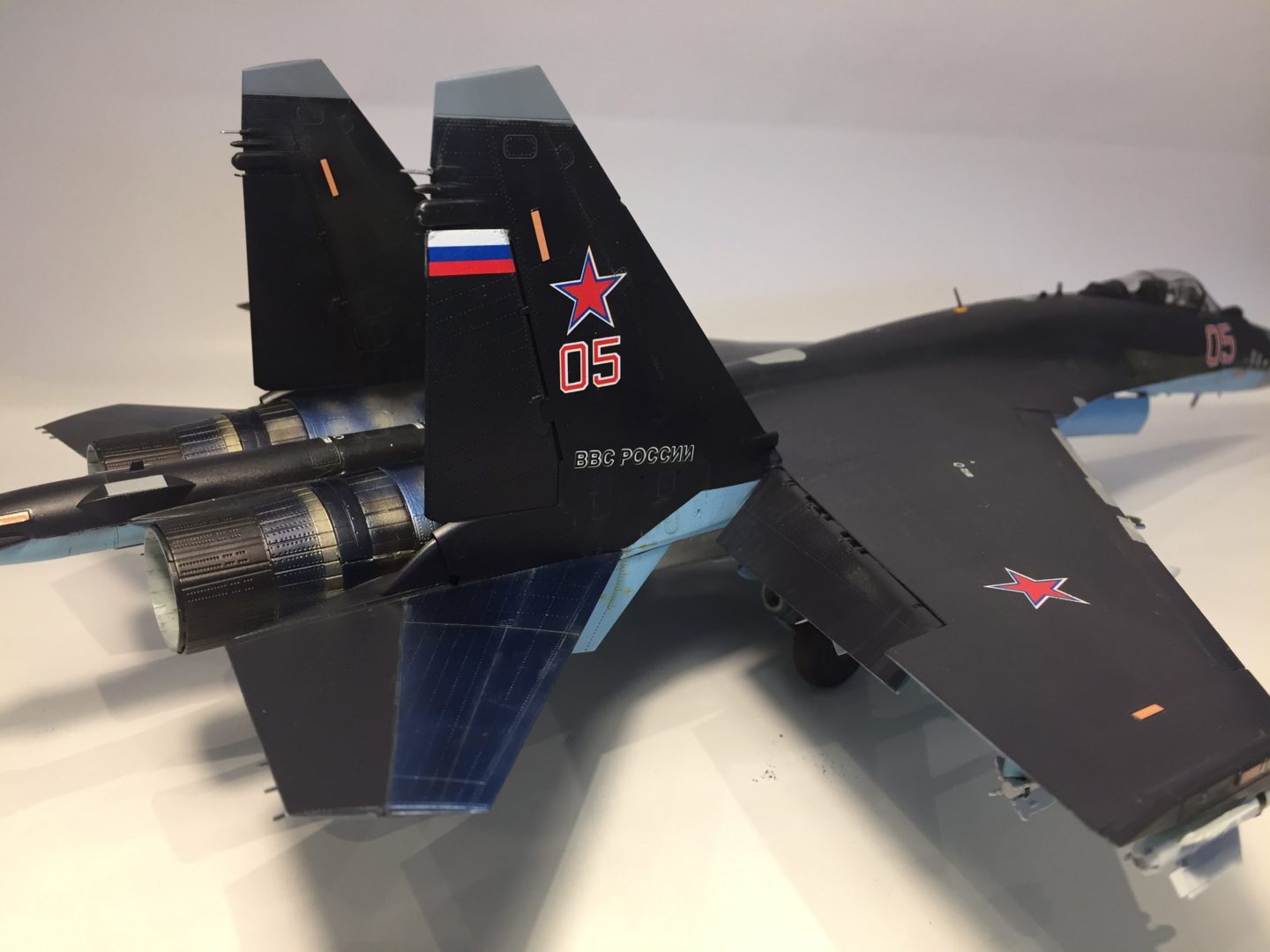 This build feels a bit like opening a fortune cookie only to fine that it reads, “you have just enjoyed an inferior meal”.  This is a long way from being the best kit I’ve built, and it often surprises with the areas where it lacks attention to detail.  Such as the provision of only one side of a set of locating points, which happened several times through the build.  It really feels like Kitty Hawk just haven’t got their design and manufacture process hooked up properly, and that’s a shame because I really enjoyed building this kit, and I’m very happy with the results. 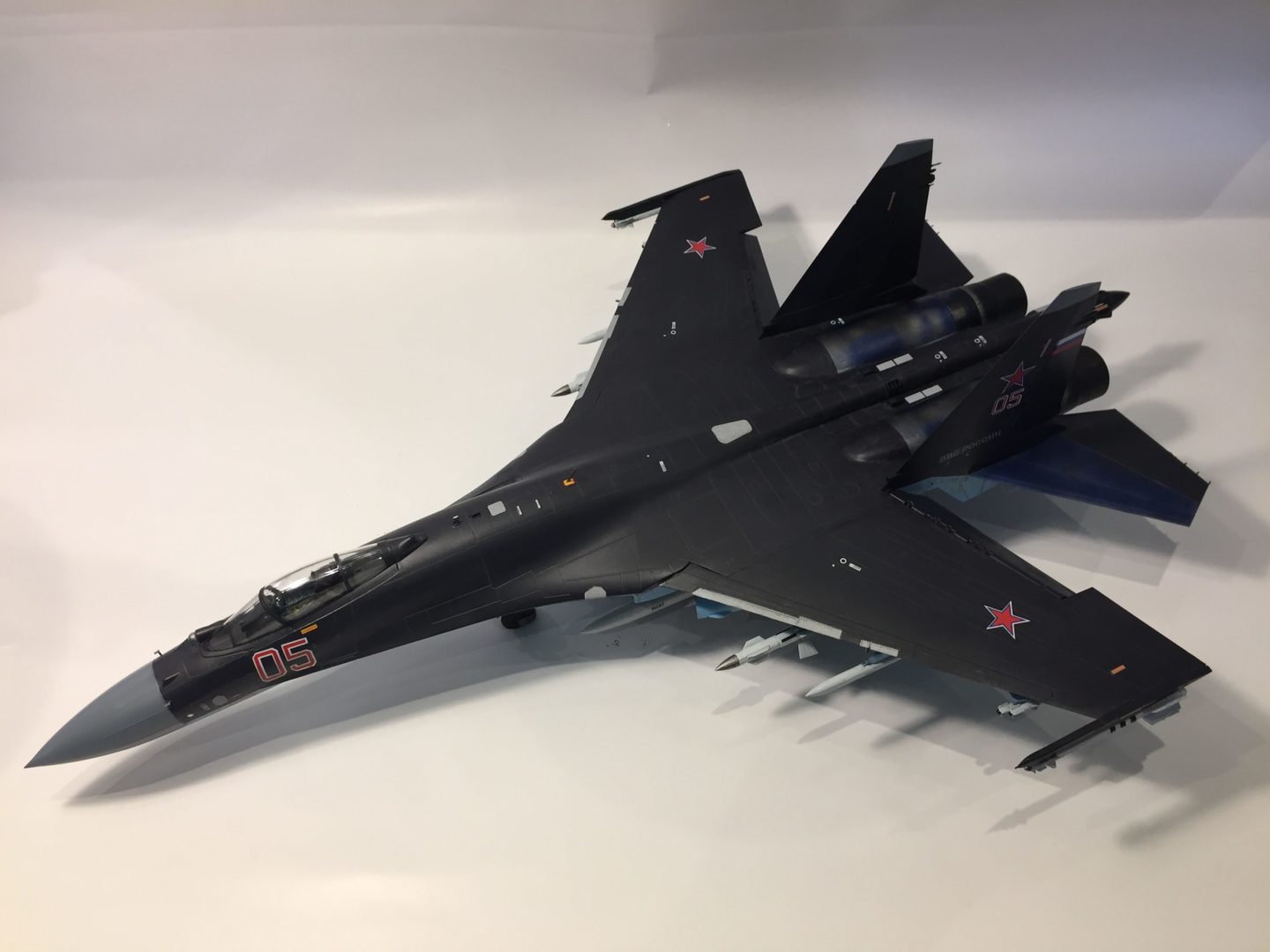 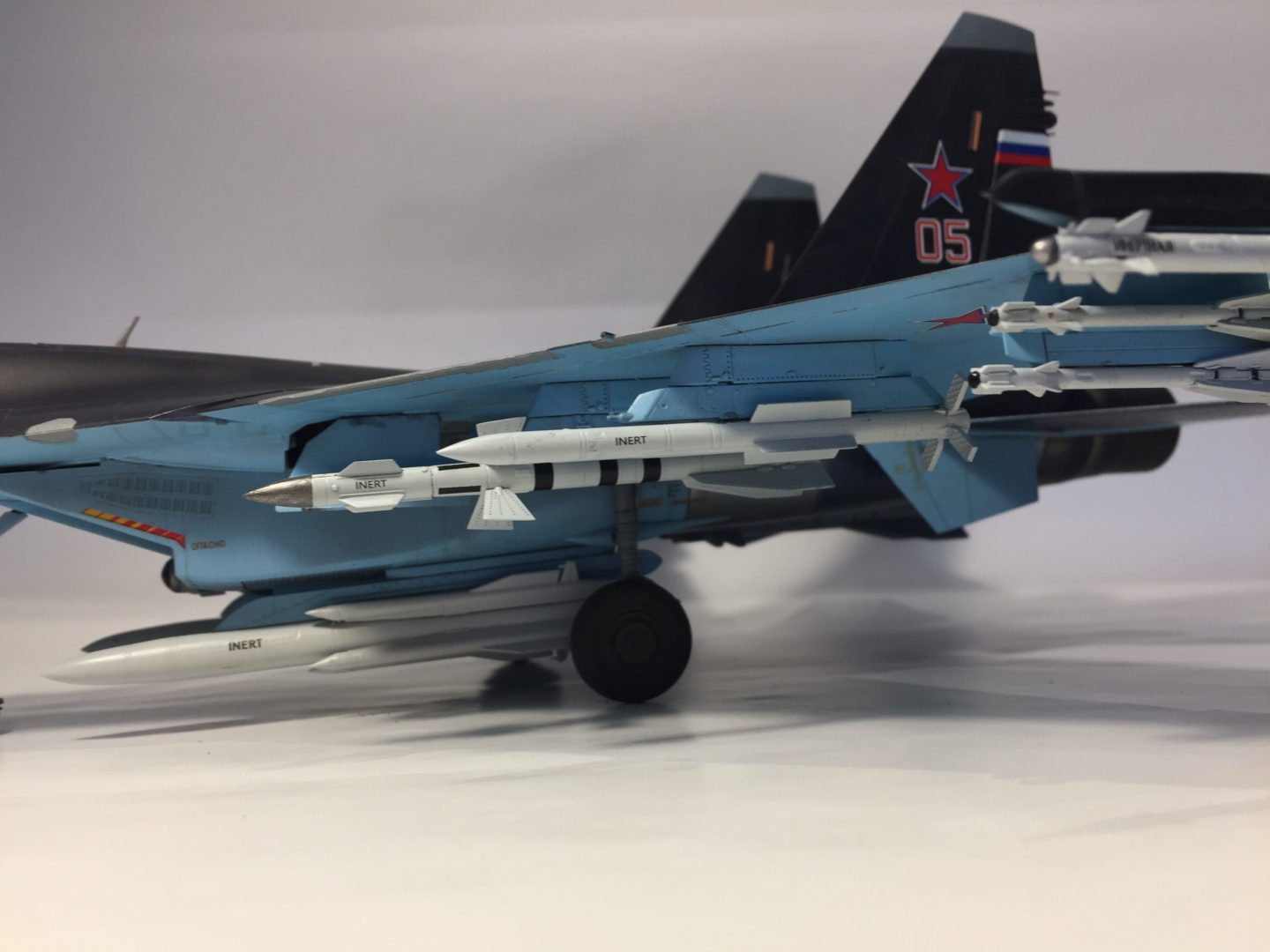 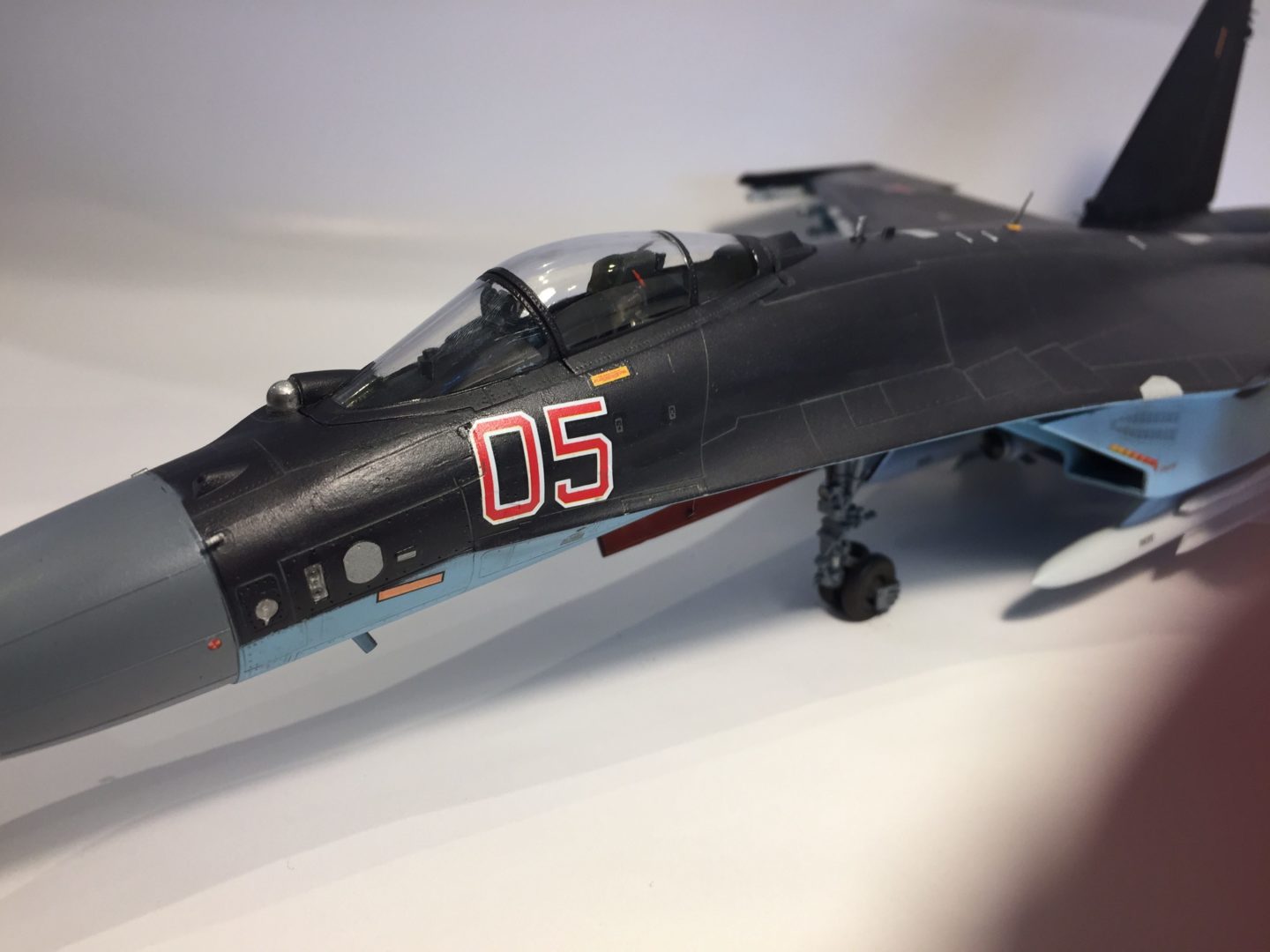 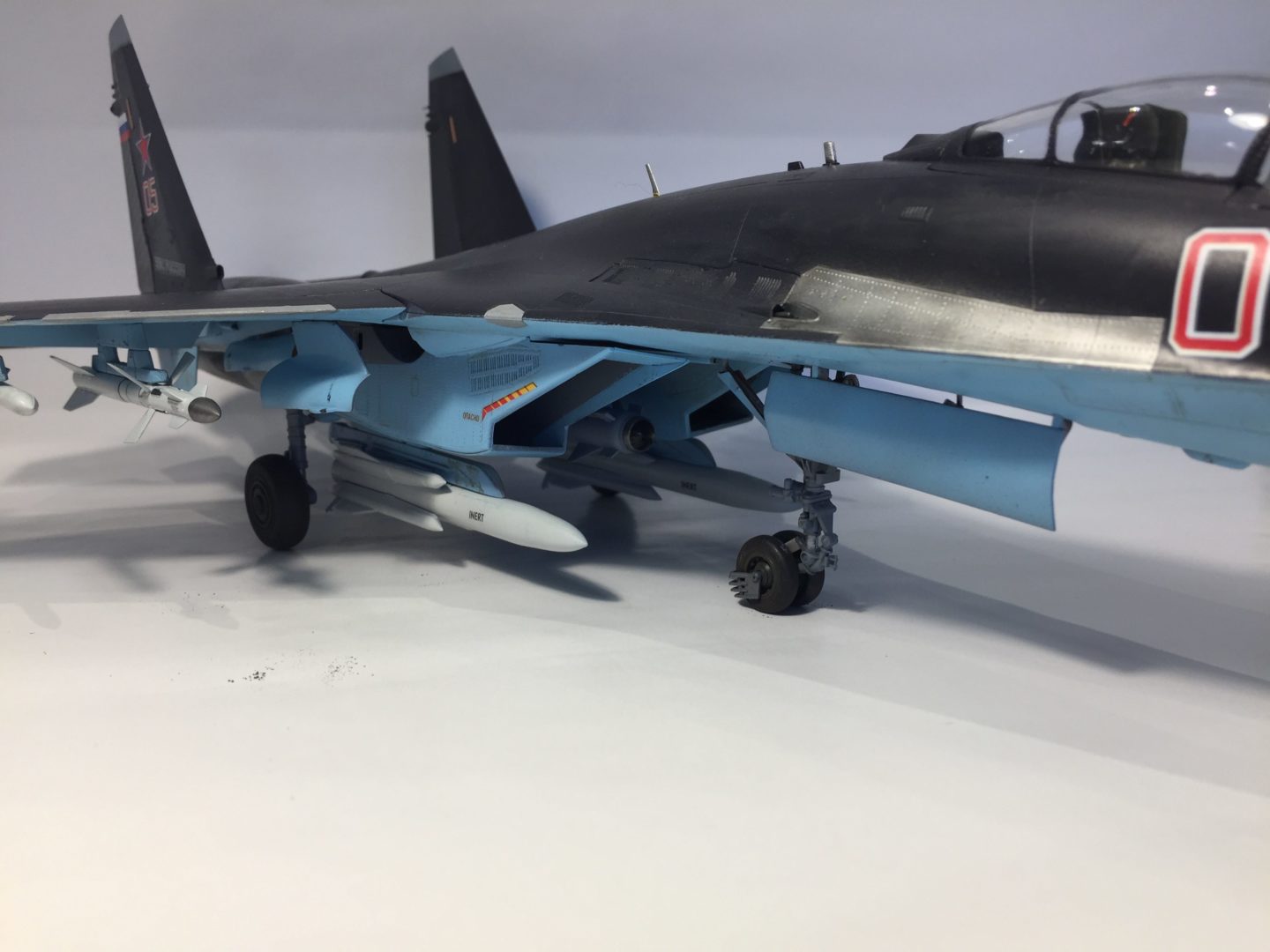 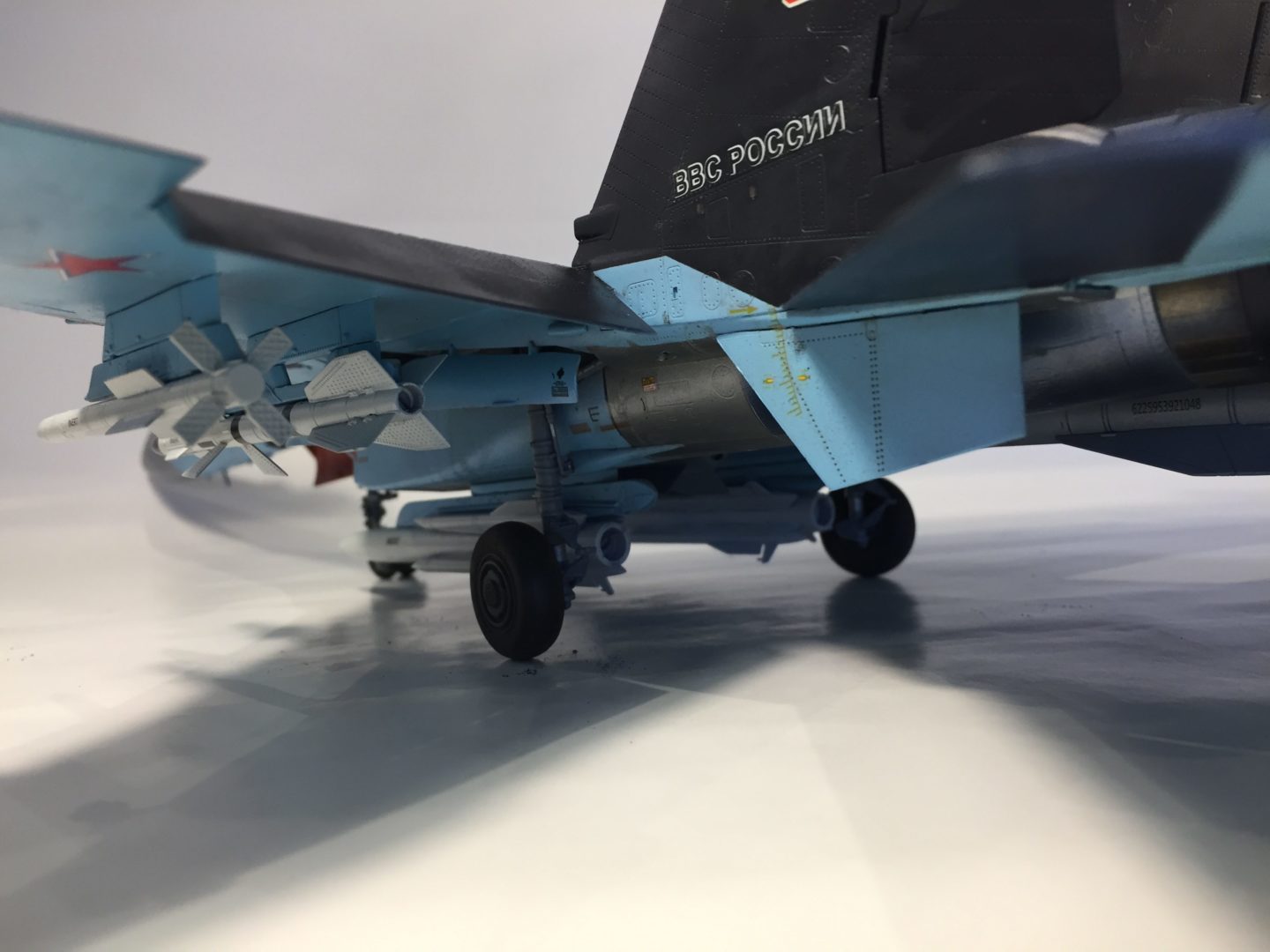 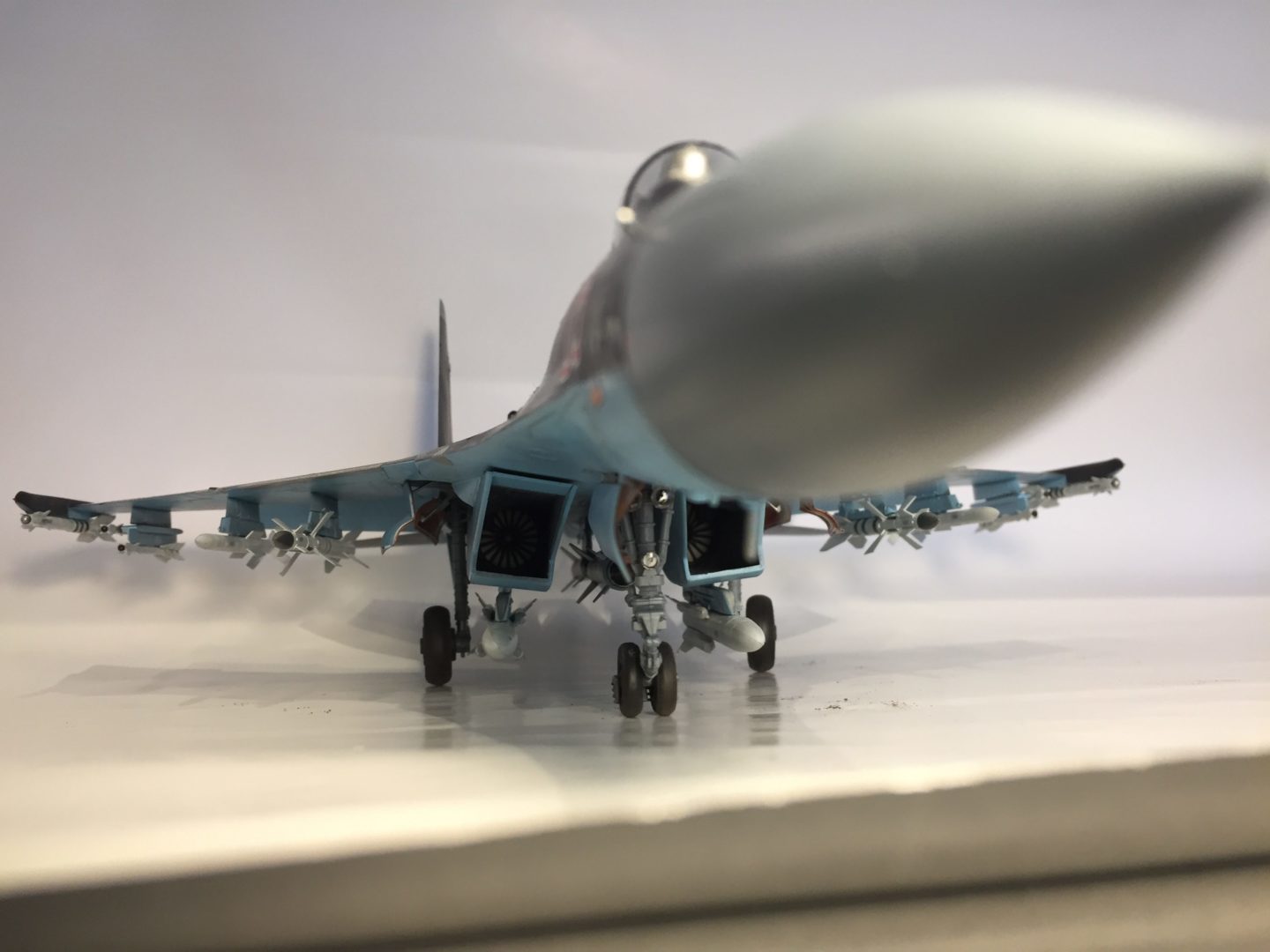 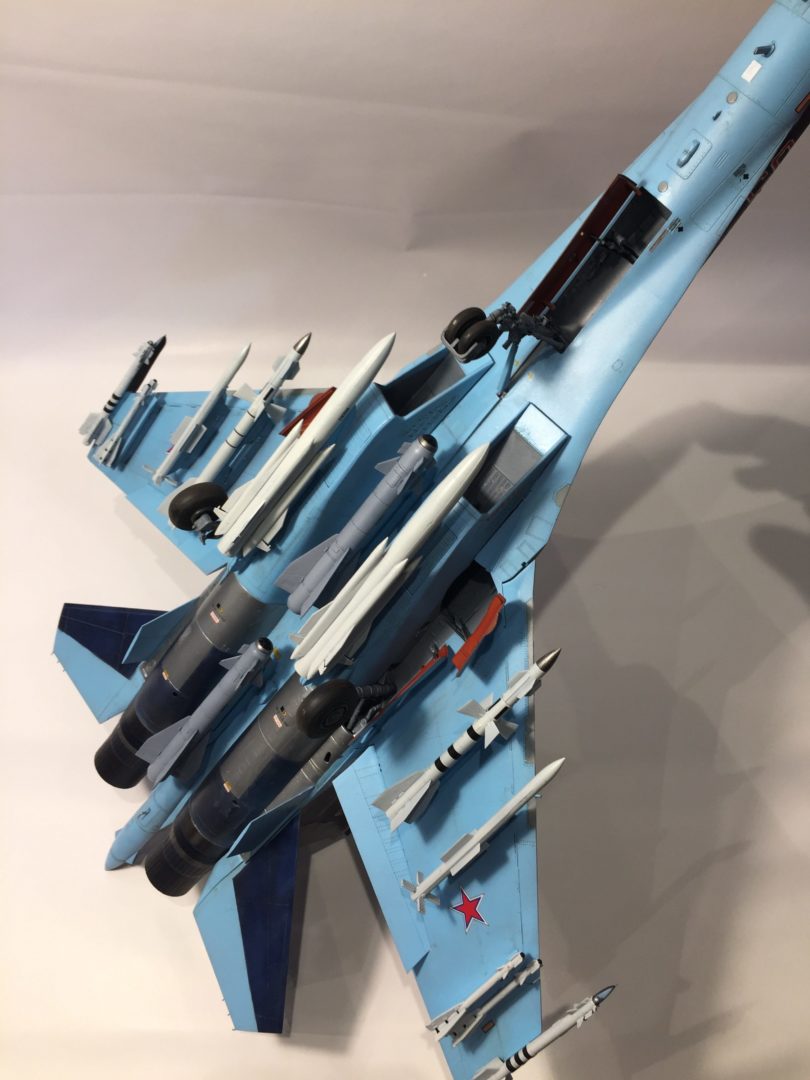 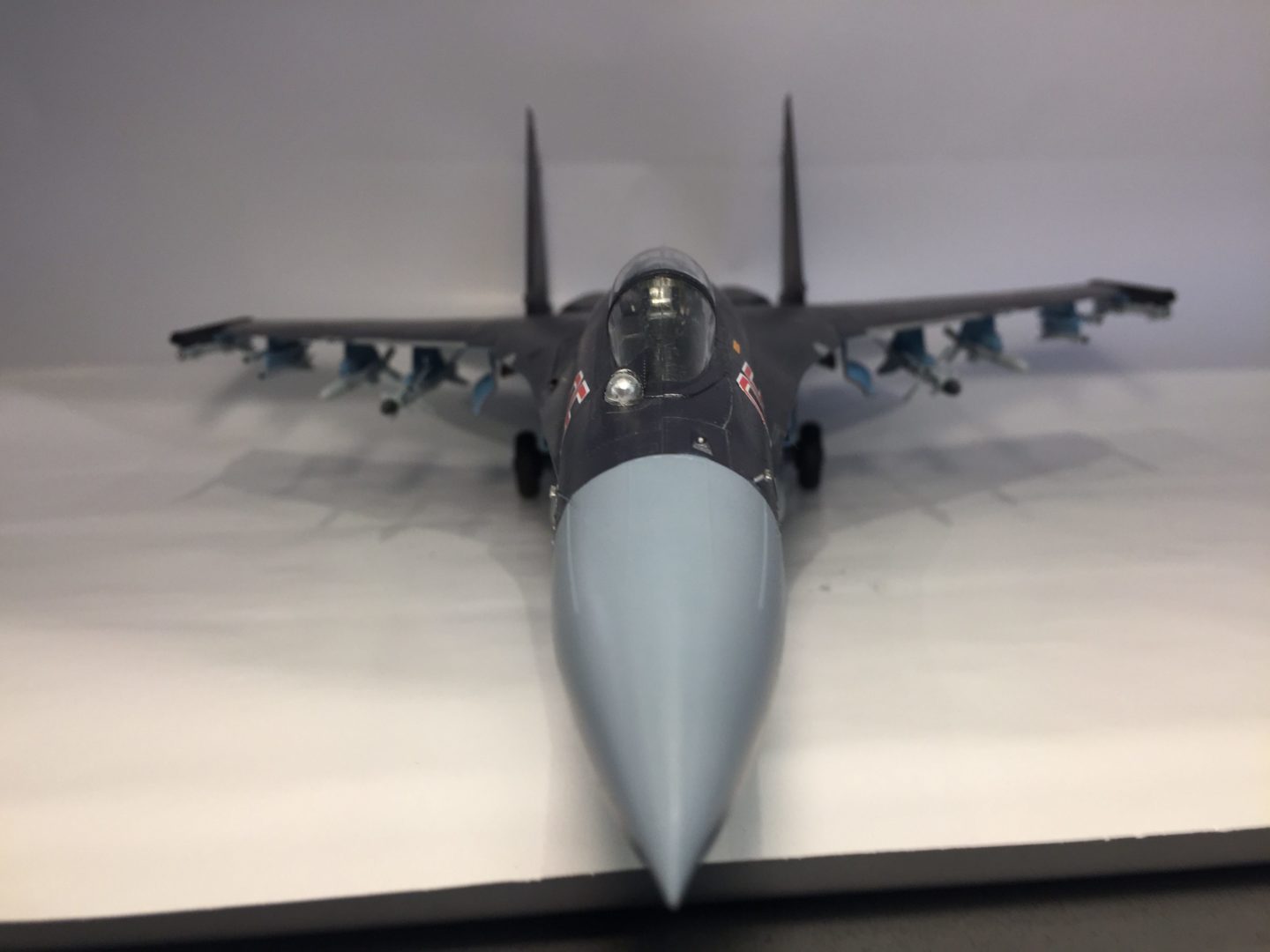 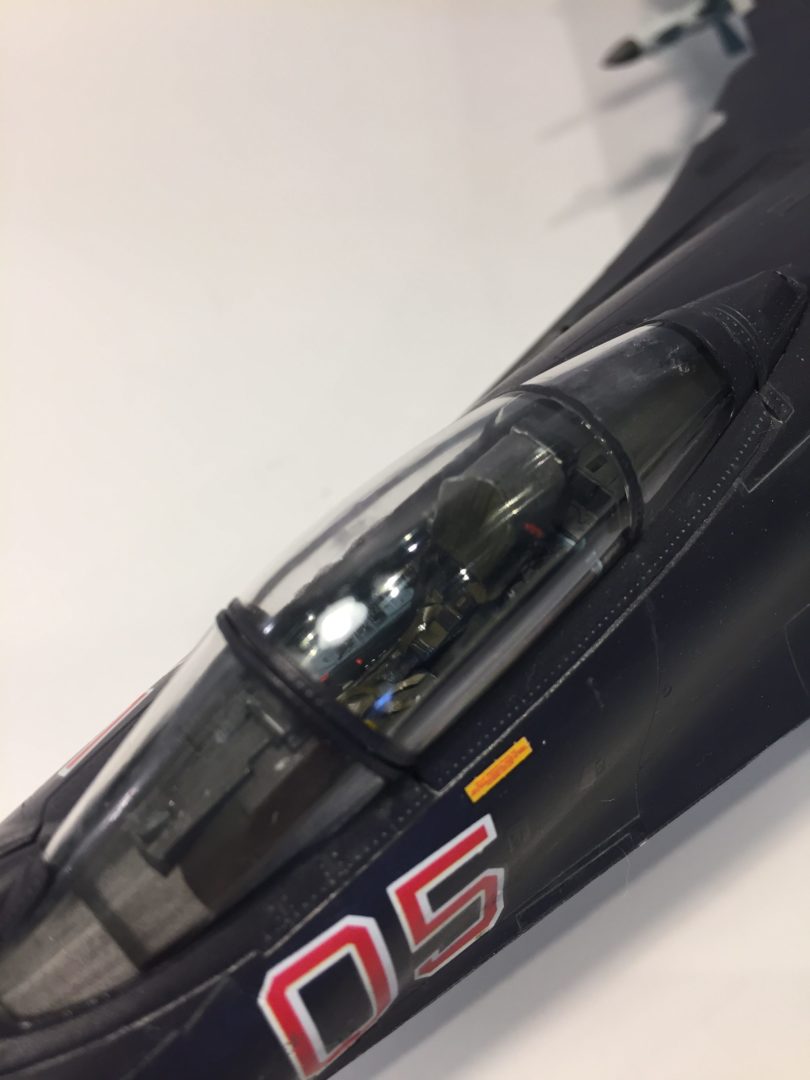 looks nice in that eggplant colour. Were I to do another ( I won’t!) it would definitely be the GWH kit. Its certainly one of KHs better kits having built a few now. Annoyingly, they continue to repeat the same mistakes with each release, poor engineering and moulding, error riddled instructions, amongst them but release fantastic subjects in scales that certainly suit. I hope you blog your thoughts on them as they have so much potential. but keep missing.
The oft heard story on the ‘net is Trumpeter’s chief designer left Trumpeter to establish KH. Maybe, but I don’t know if I buy that he is still there.
Great blog by the way, I really enjoyed your piece on marketing strategy, and thought you nailed it