This is the first post in my Su-35 build.  I introduce the kit and my review rules, and look at what you get in the box.

I got fed up splitting elastic thread to rig the Mikasa, so I’ve put that to one side for the moment and decided to start the next build instead.  I wouldn’t normally have two open at once, but as I’m really excited about this one and was just going to do a rush job of Mikasa to get to it, it seemed a better plan.  I fancied a nice, relaxing, jet build.

Ok, this is the first kit review I’ve done here so let’s set some ground rules.  My purpose in reviewing is to be informative first, and entertain second.  So I’ll crack a joke if I think it’s funny [oh dear – Ed] but I commit to being honest about what I’m seeing and the experiences I’m having at all times.  Your experiences may differ and that’s fine but I will try to not be factually wrong.   I will also try to recognise, disclose and account for my own biases when reviewing.

Kitty Hawk’s Su-35 was released at the end of 2017 and followed shortly after by another boxing which corrected the drooping exhausts.  I’m not sure what other differences there are, but from what I gather the second is more focused on the PLAAF.  GWH has also released a kit of the same plane and as I really like Flankers I may get hold of one of those and do a comparison. 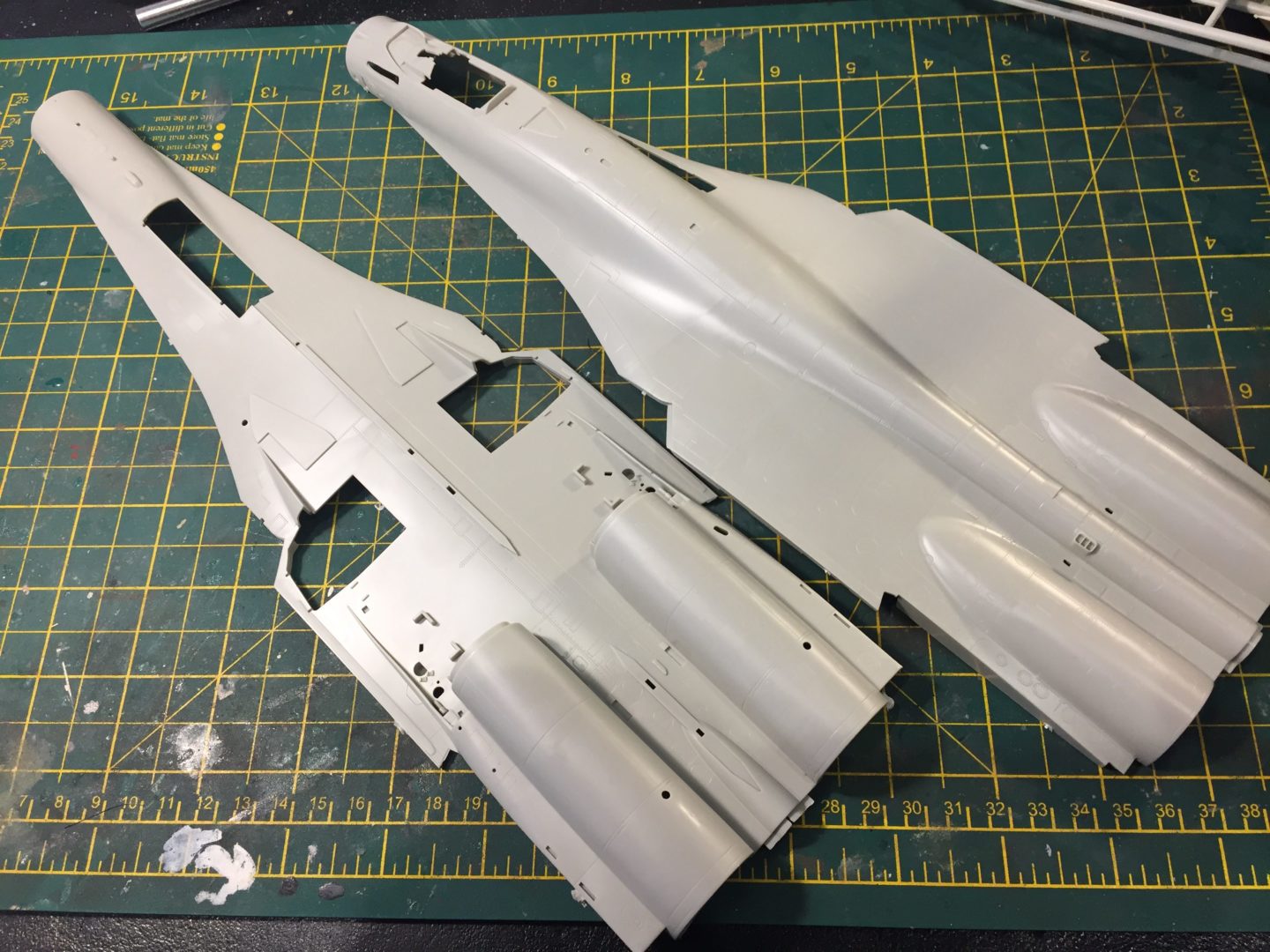 I was disappointed that all the new-tool Flankers being released are the -35 variant and not the original -27, but I remain optimistic that we will get one of those soon enough. 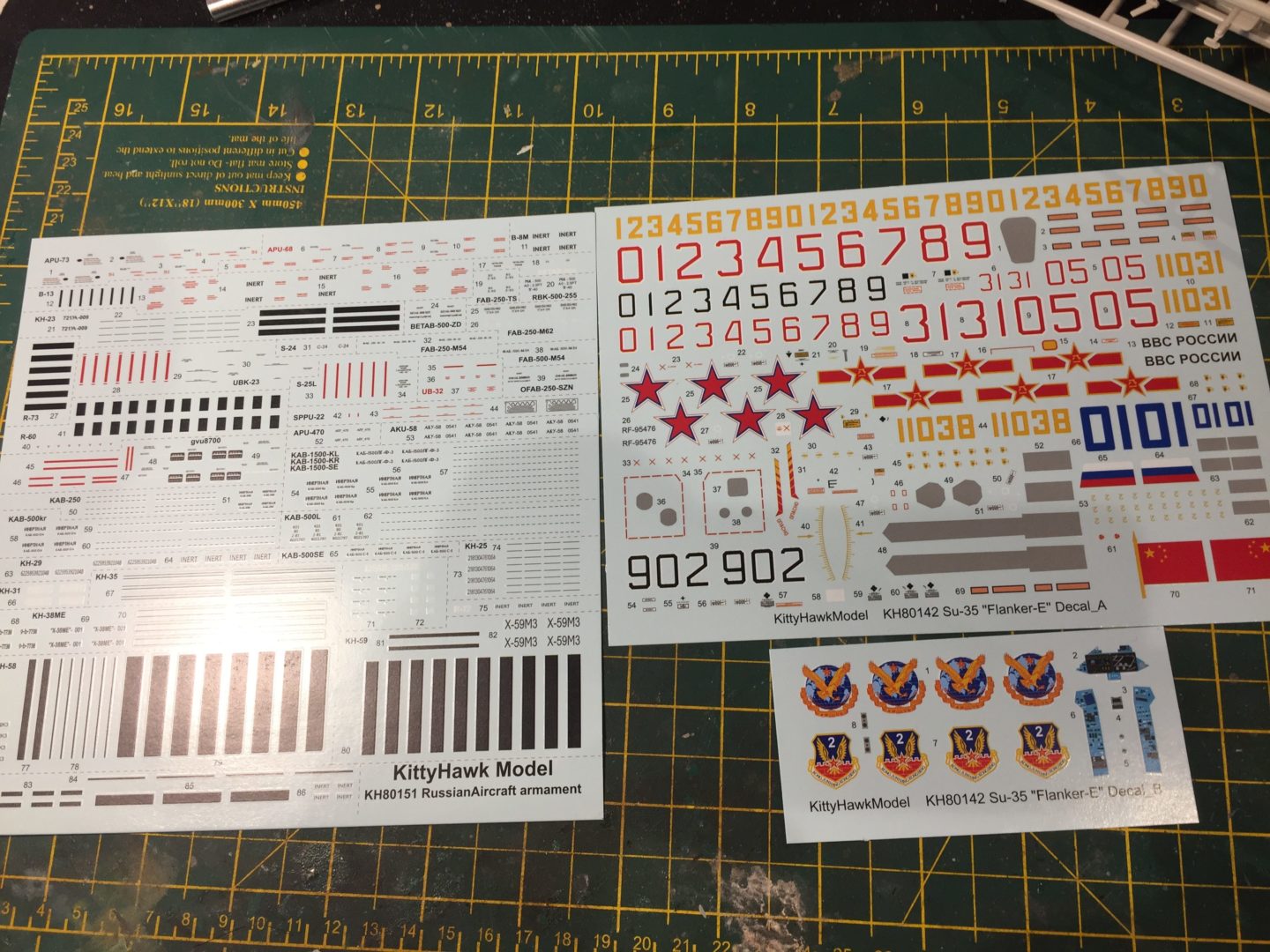 I said I would try to be honest and I have to say I’m not coming into this blind: although I’ve never built a Kitty Hawk kit before, I know the manufacturer and its products by reputation.  If I have, so have others, so I will bear that in mind when reviewing and remain alert to issues that may not arise from other manufacturers.

I also have to say that fans of Kitty Hawk kits that I’ve met tend to be a bit like: 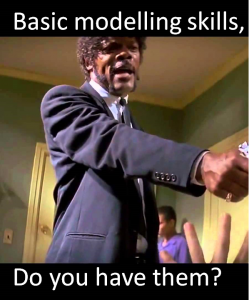 and since my idea of “basic skills” is cutting parts off sprues neatly and avoiding getting thumbprints in the paint, my take on this kit may be different to yours.

Why this one?  It’s a new tooling which promises to be good if Kitty Hawk managed to get on top of the engineering, and I bought it cheap on Facebook. 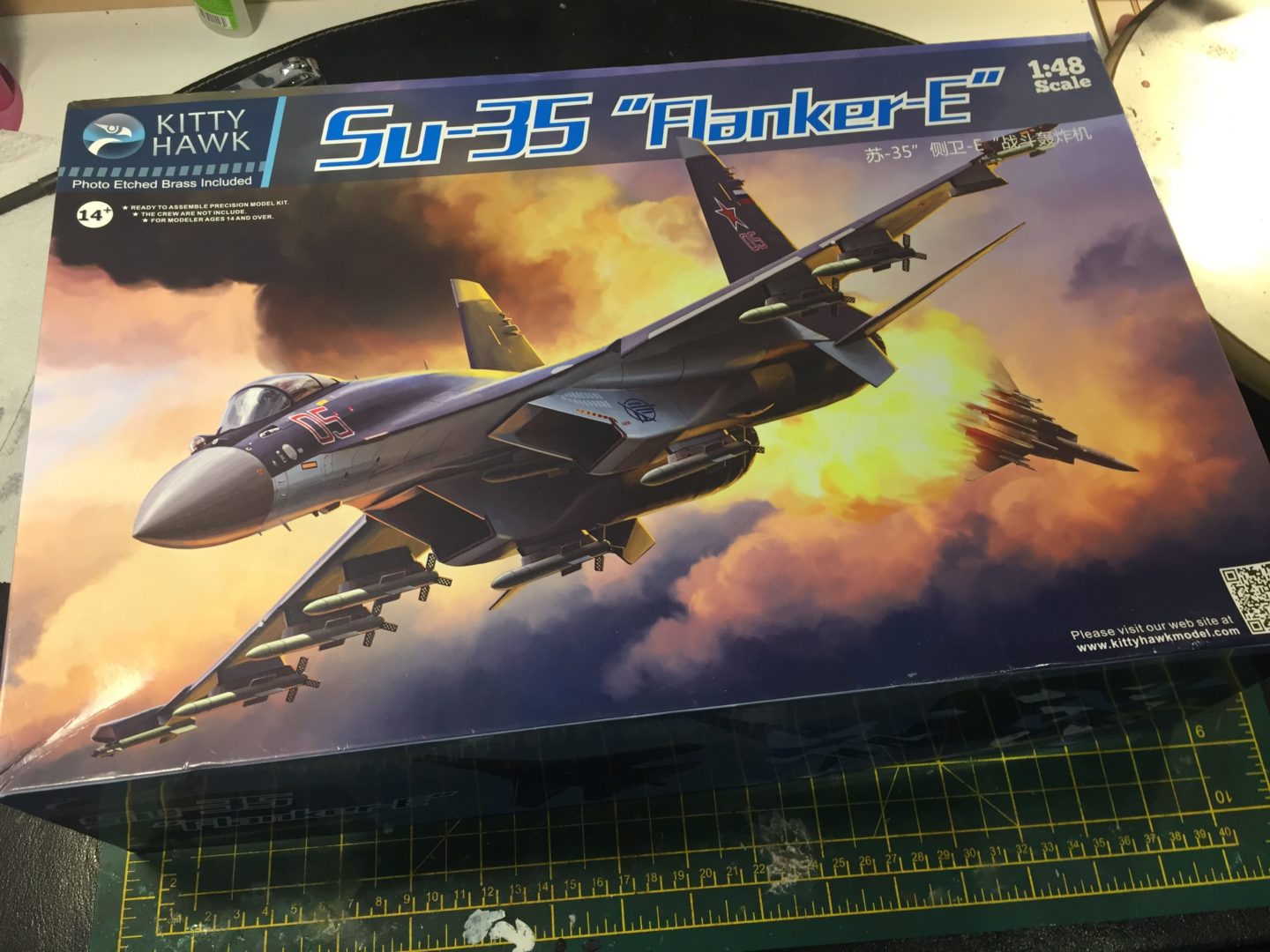 The kit arrives in a biggish box, but then it’s a biggish jet.  The sprues were nicely bagged as you might expect and there are a lot of them.  You get the parts to build an Su-35 plus pretty much everything it can carry, which I always like in a kit.  There will be plenty left over, and as this includes a lot of air-to-ground stuff that will give even more choice when the Su-34 comes out.  I like Flankers, but I really love the -34, so I will certainly be getting that one. 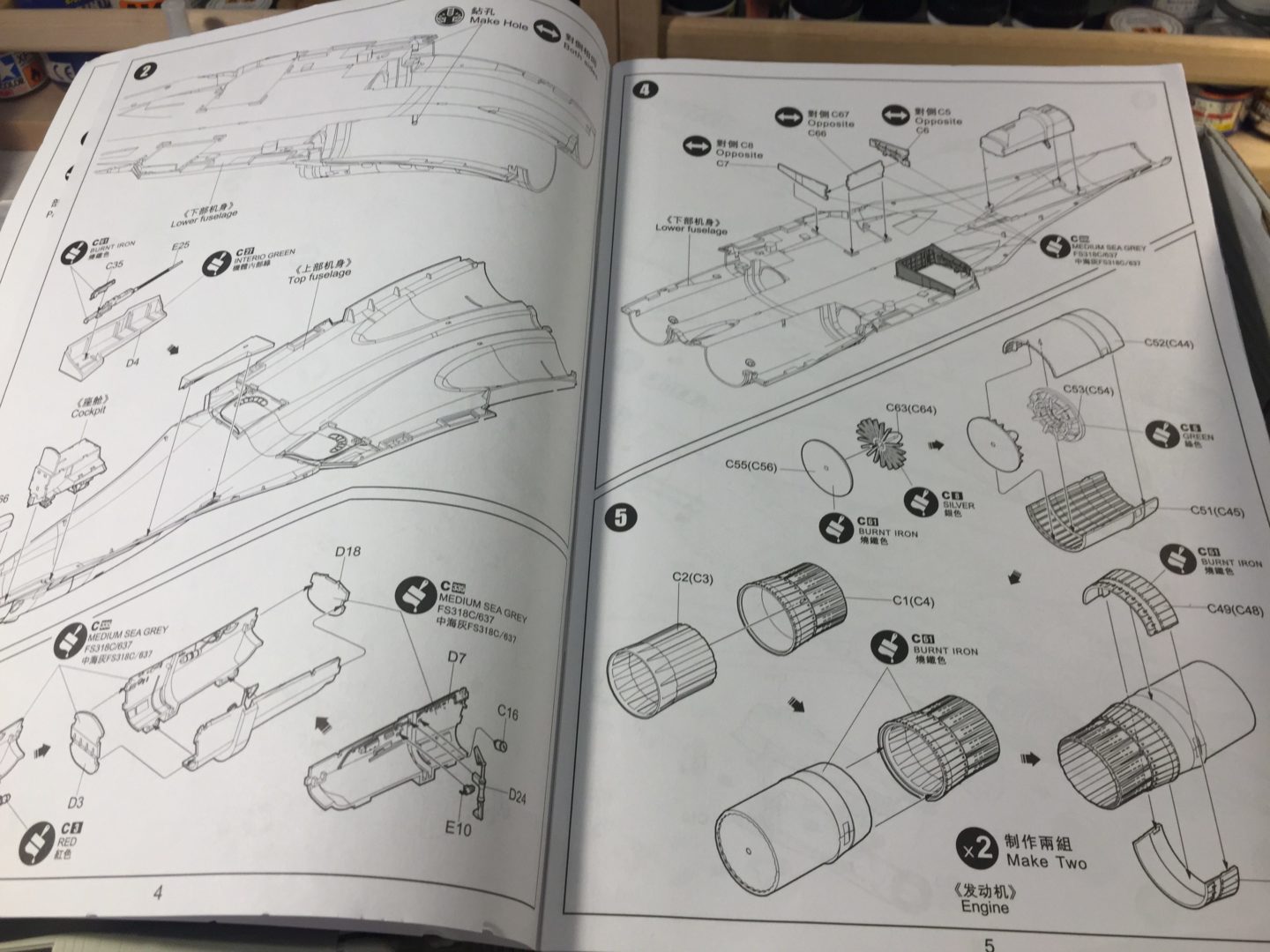 The instruction manual is a nice little booklet with some full-colour pull-outs showing the different schemes represented.  A quick flick through suggests each step looks reasonable and logical, but I will be checking for any noticeable errors.   There’s also a chart showing typical loadouts, which is a nice touch. 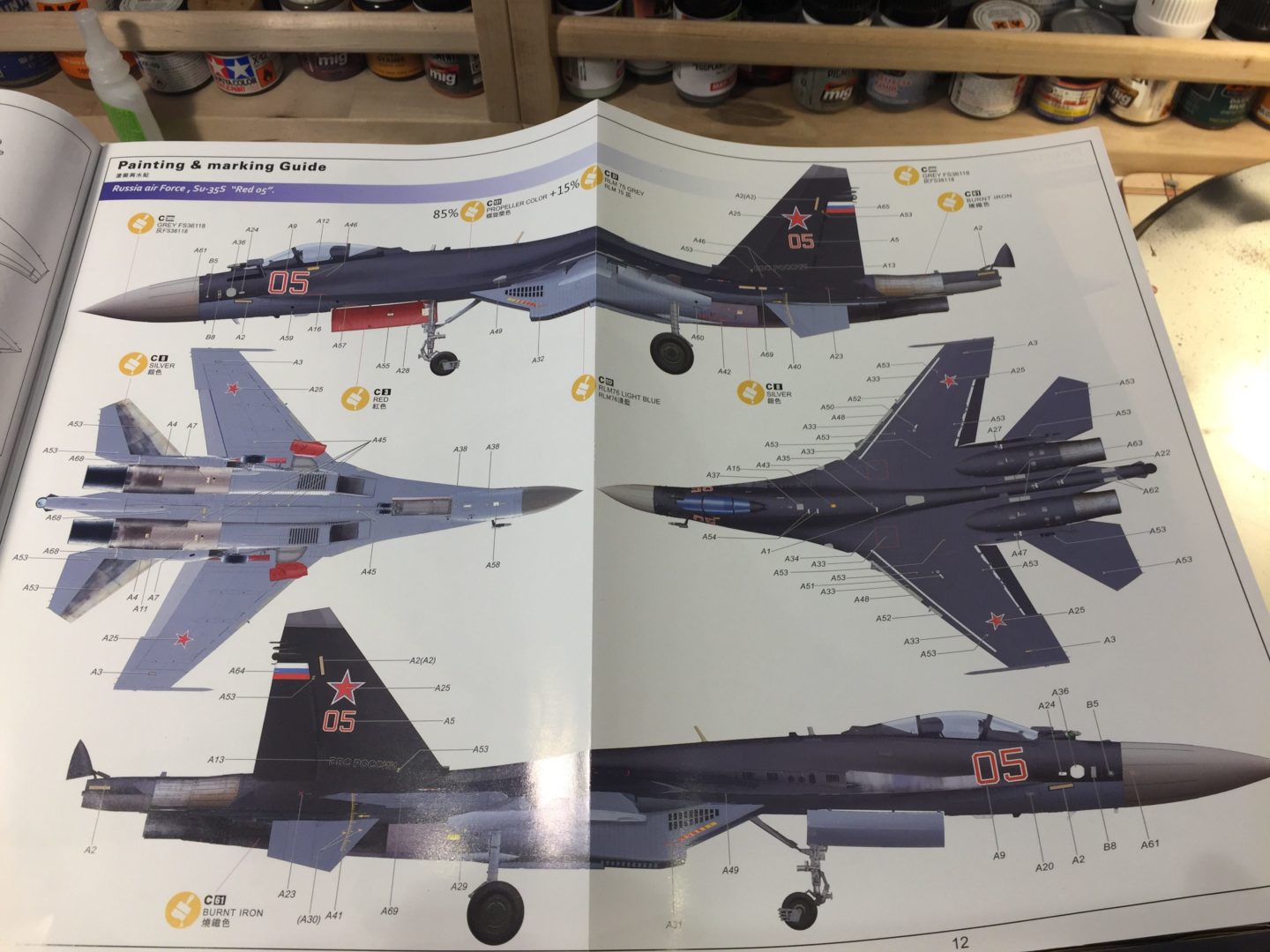 The tooling itself looks rather nice, with nice panel line and rivet detail.  The detail isn’t as fine as you would get from a Wingnut Wings kit or one of Tamiya best, but it compares favourably with the likes of Academy, Hobby Boss or Hasegawa. 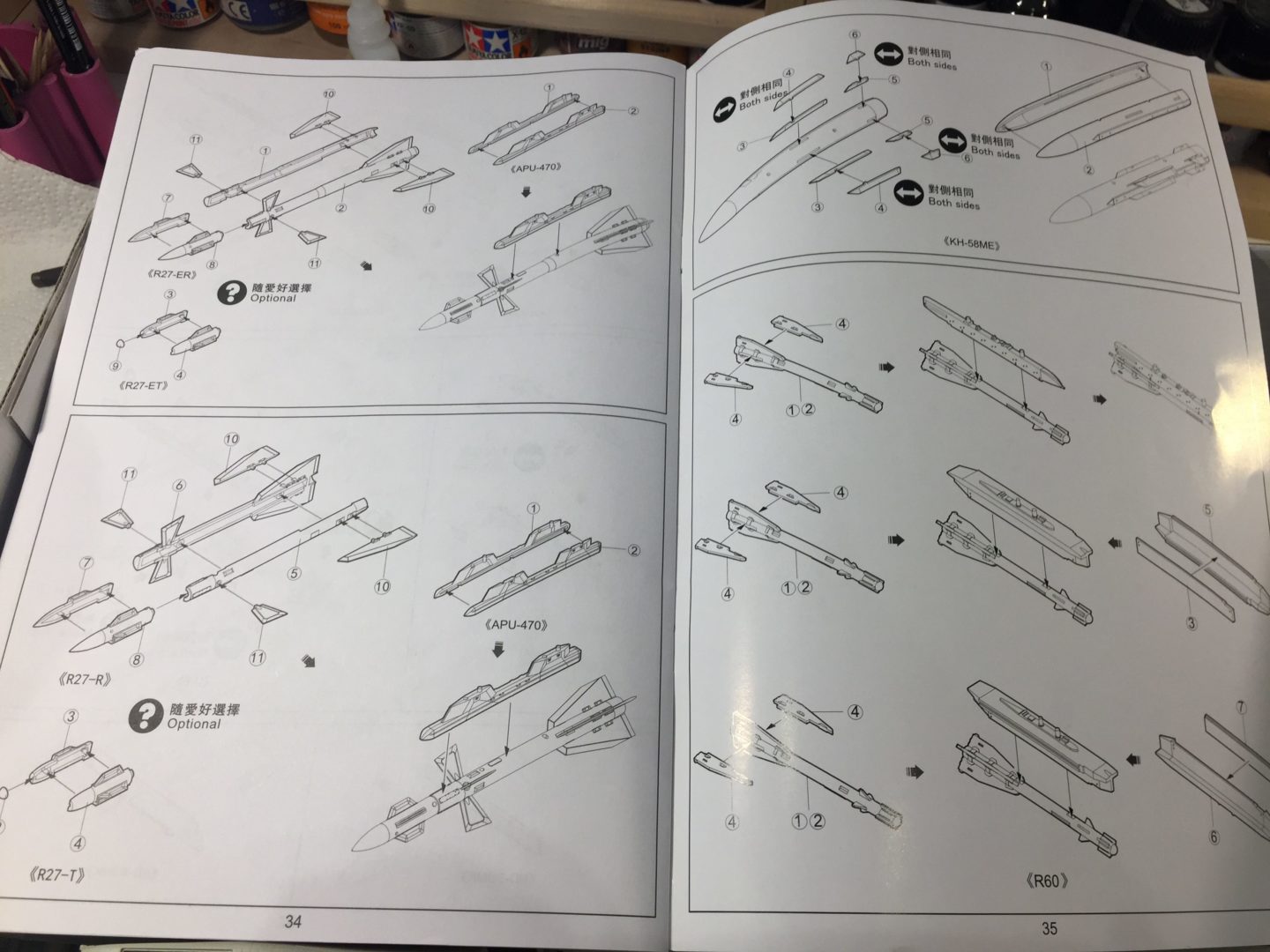 A quick look over the sprues doesn’t show up any obviously daft sprue gate locations, and the fuselage is split into boringly conventional top and bottom halves.  I will be looking carefully at the wing to fuselage join, however.  That’s never easy on these “lifting body” designs and like many, Kitty Hawk has chosen to mould the wings separately. 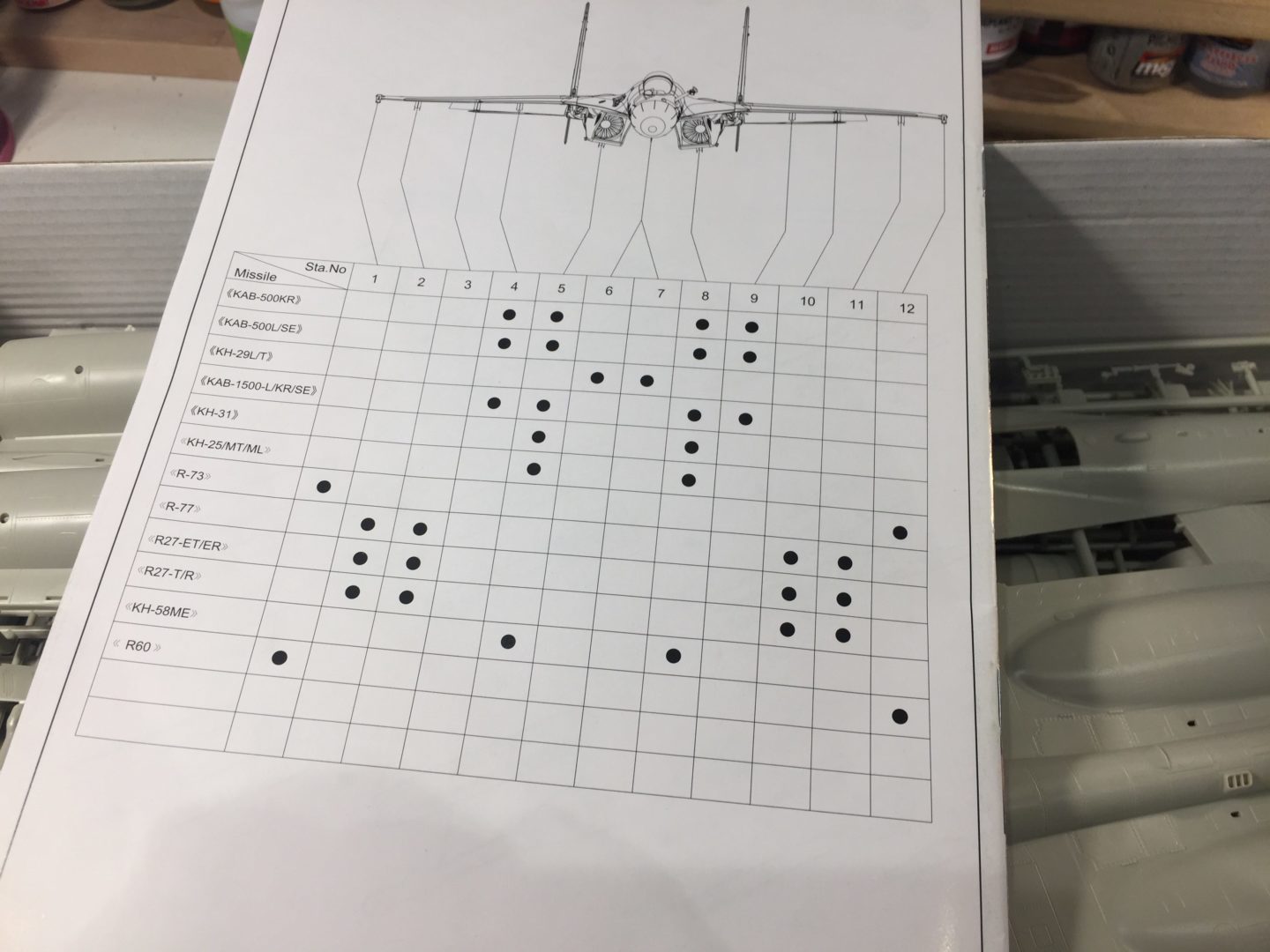 You also get a rather large selection of decals which look decent.  These provide some colourful options for both Russian and Chinese aircraft, along with a selection of unit insignia, Bort numbers and a whole sheet of weapons stencils.  There does appear to be one amusing little oversight though: in the top left you have three rows of numbers with which you can represent any Bort number.  A nice touch.  Pity there only seems to be one of each number, as they usually go on both sides… 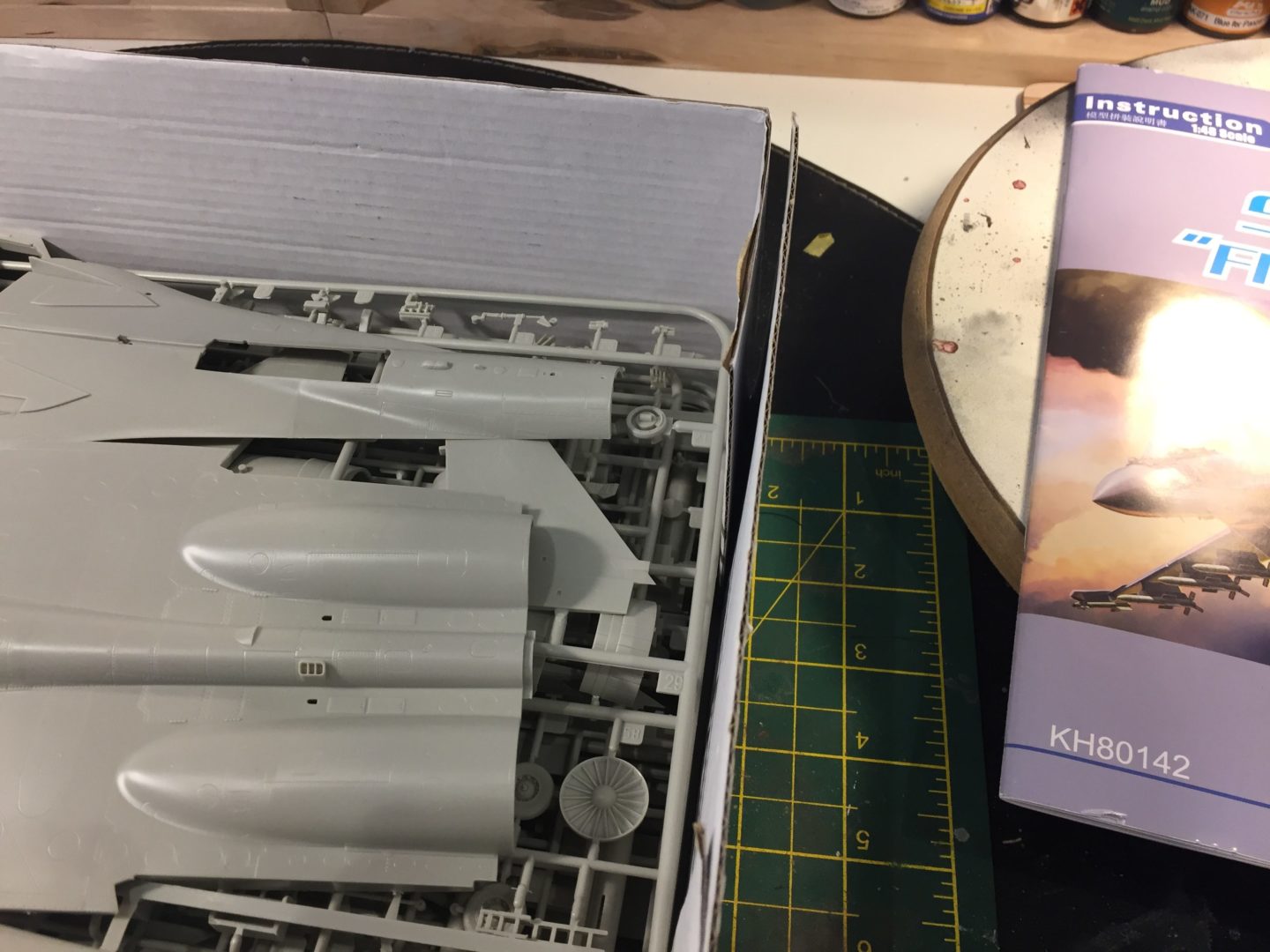 One final note: I will be painting this with a selection of colours from Mr Paint (MRP), which I’ve chosen because I really like their airbrush performance.  I’ve picked up some colours that should accurately reproduce this aircraft, including the Eggplant dark grey, and the Sukhoi cockpit blue, both of which are otherwise tricky. 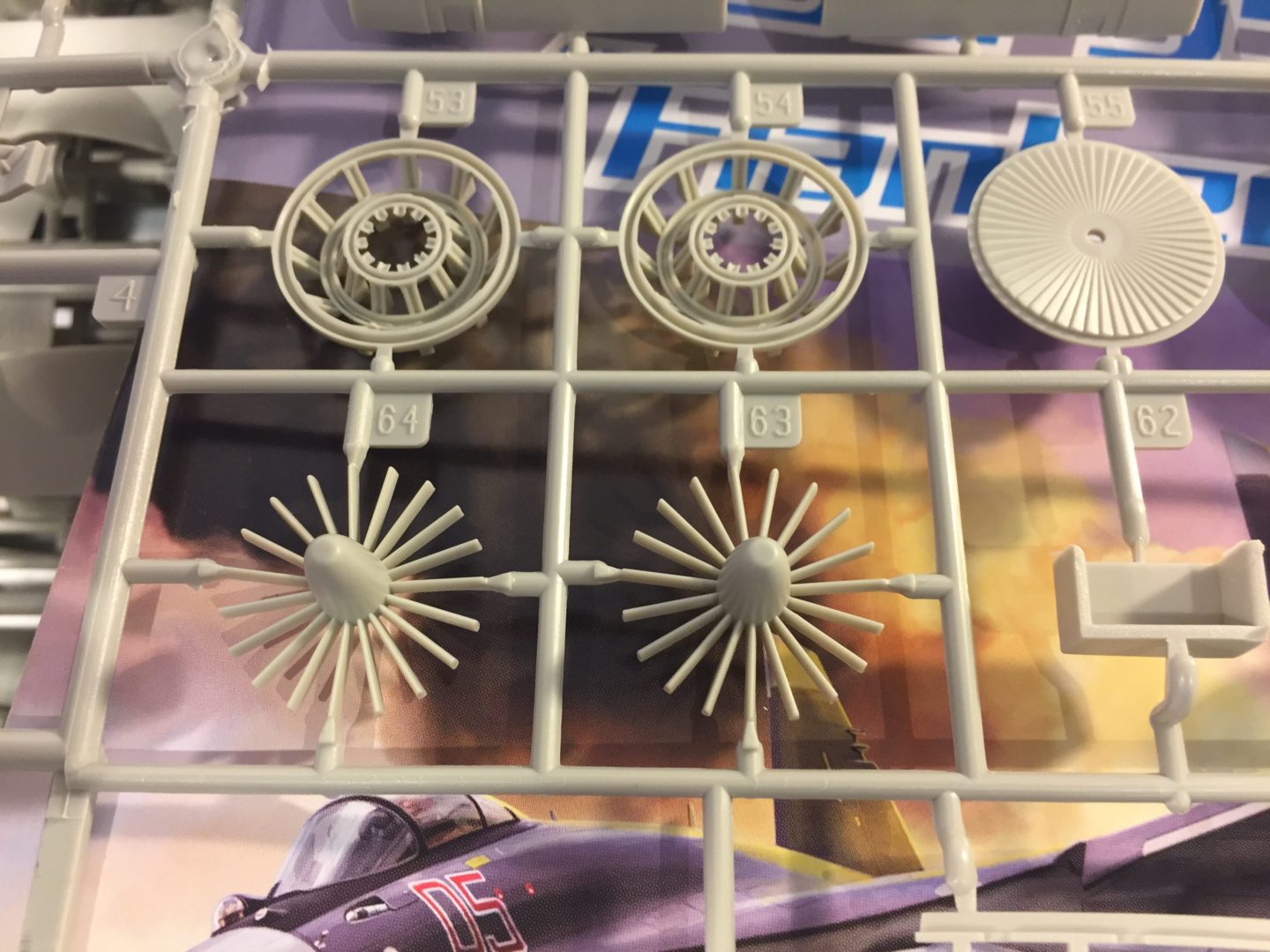 I’ll get cracking on the kit, check back soon for updates!