Tamiya’s 1/48 Fw 190D-9 is a little gem of a kit. It keeps things simple to offer a really easy build. You just can’t go wrong with this one, it’s a delight for beginners and experienced modellers alike.

Fit: Very nice.  Simple kit and goes together with no fuss

Detail: No rivet detail, which is a shame. 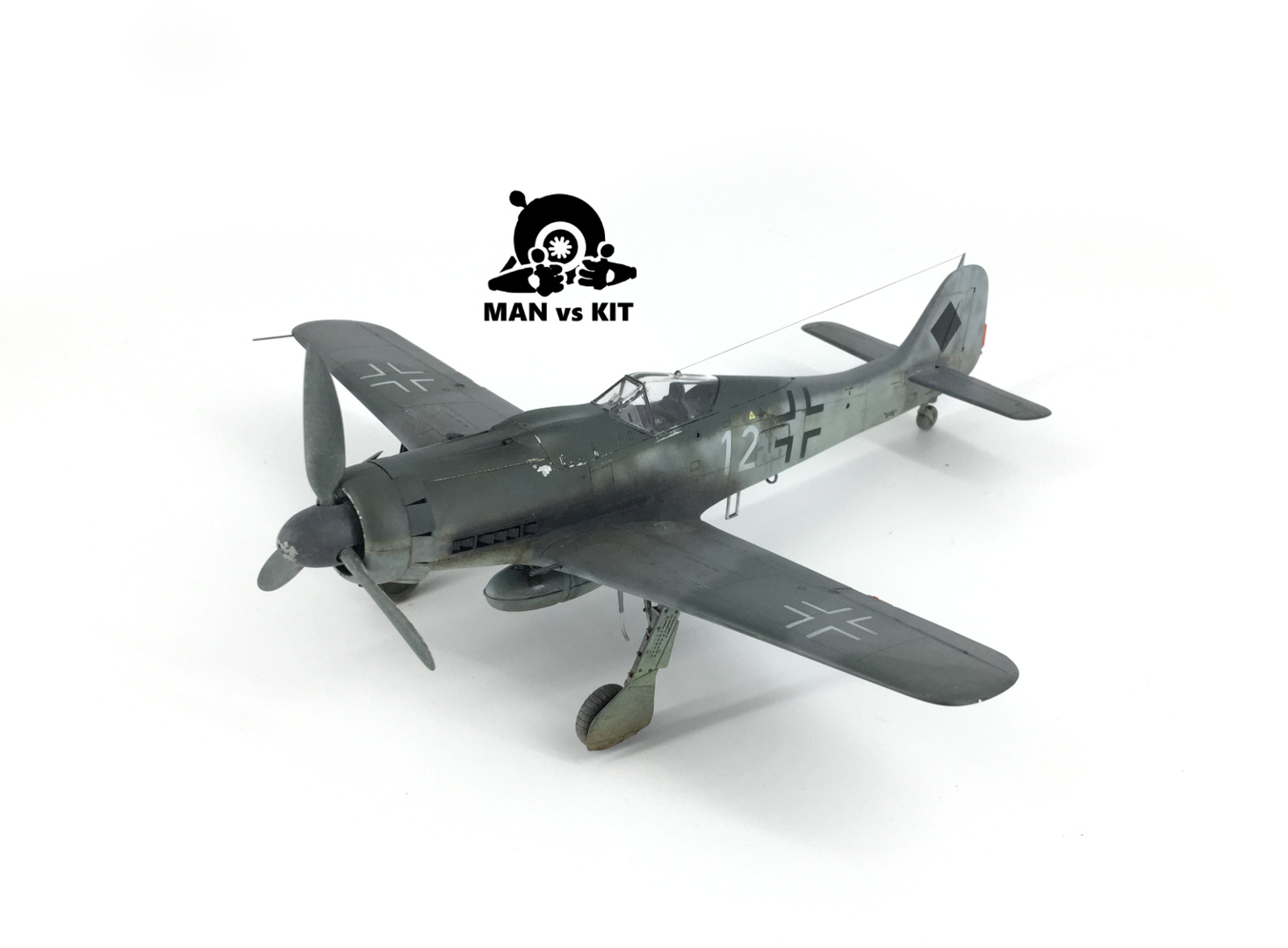 The Fw 190D-9 was a late-war development of the airframe to improve its mid-altitude performance.  The original 190A-series remained very successful at low-level operations, where it evolved into an effective ground attack platform, but the BMW 801 radial engine’s supercharger lacked a second speed to provide extra boost at higher altitudes.  Worse, it was facing the P-47, which had been designed to fight at altitude, as well as versions of the Spitfire Mk.IX and P-51 whose late-model Merlin engines could be tuned to provide peak performance at higher altitudes.

To contest air superiority at the new combat altitudes around the bomber streams, the Luftwaffe needed a new version of the Fw 190: one capable of excellent performance above 20,000 feet, which was about the altitude where the A-series ran out of steam.  The American bombers frequently flew around 25,000 while the fighters were at 30,000.  If that wasn’t bad enough, they were aware that the B-29 could fly higher and faster, so even if they were able to reassert air superiority that might just be a temporary reprieve. 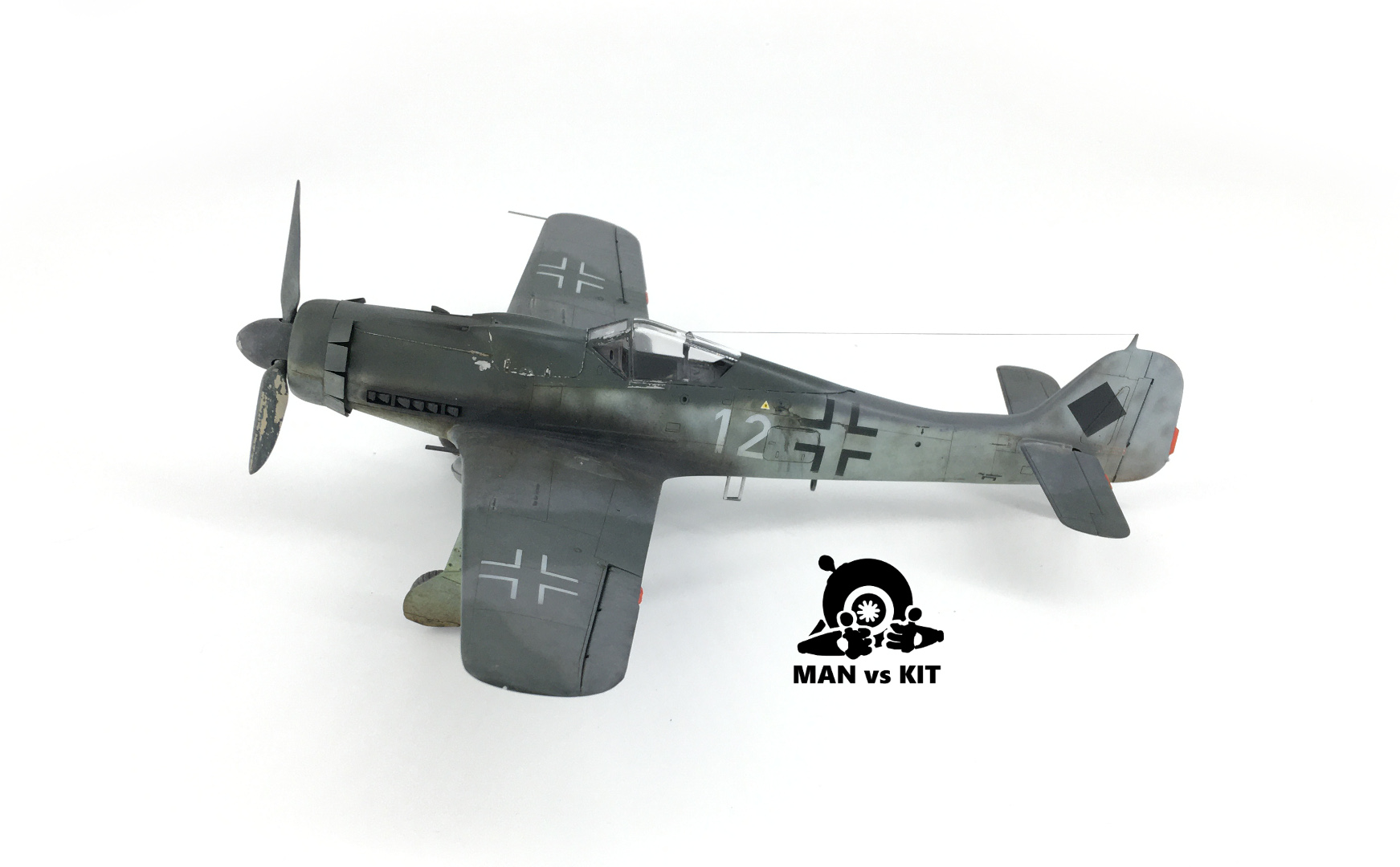 As a quick aside, it really seems that German planners across military branches looked purely at this technical-tactical level and made plans and decisions with no consideration for the broader strategic view.  Had they done so, they might have appreciated that no technological improvements would outweigh the combined might of the Allied armies which by this point (mid 1944) were approaching the German borders on all fronts.  But instead they continued desperately pushing new technologies into the field long before they were properly tested.  This keeps the Luft ’46 crowd happy but sadly came at the cost of a lot of people being killed or maimed unnecessarily.

Anyway, the point is that Focke-Wulf designer Kurt Tank took the requirements and came up with a largely new design based on the Fw 190 platform.  A new, enlarged tail, long and fine wings for high altitude performance and a three-speed supercharger and MW50 water-methanol injection on the huge 44l DB 603E all contributed to an aircraft that would be an ultimate evolution of the piston-engined fighter: the Ta 152. 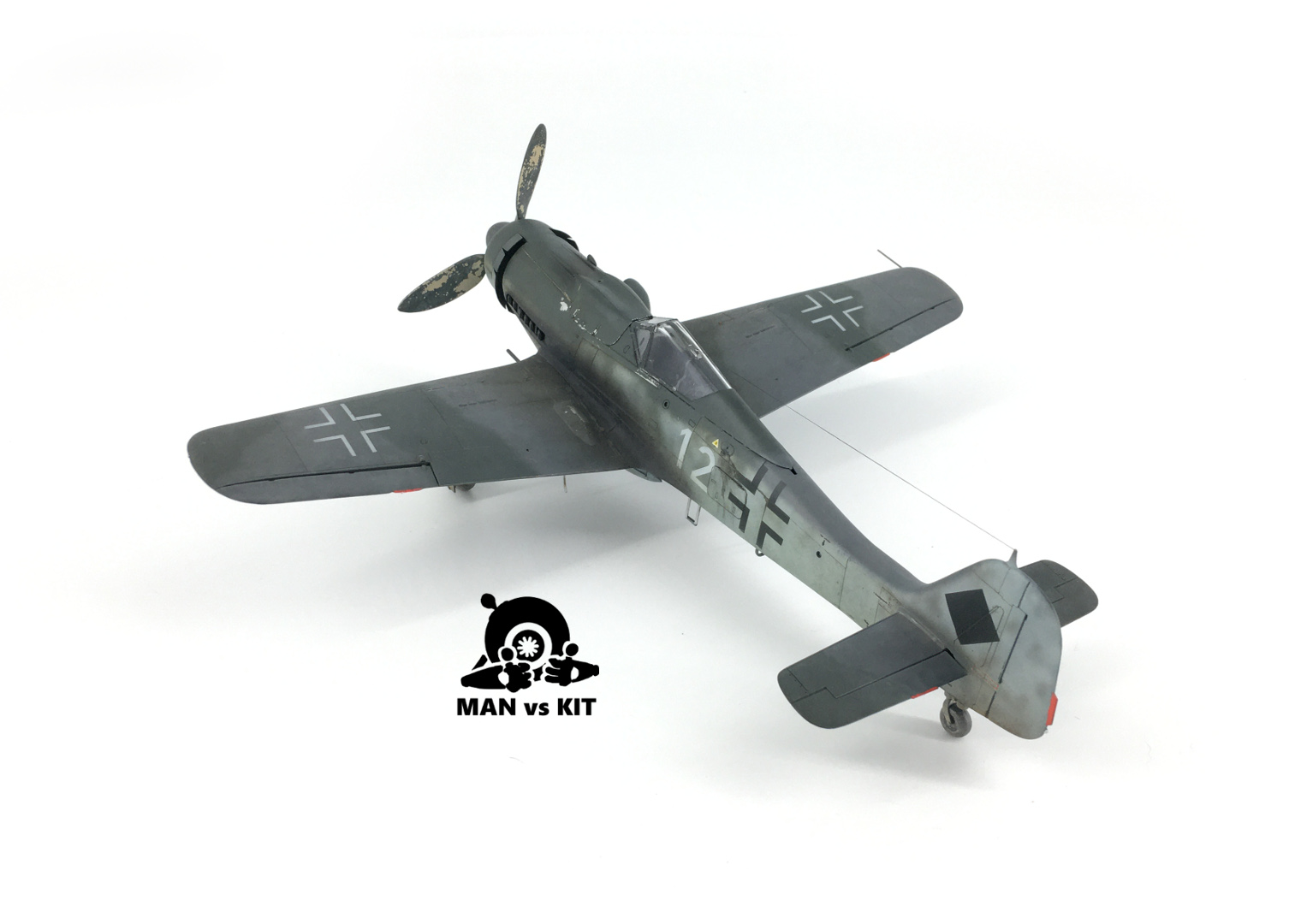 However, it would take time for the Ta 152 design to be ready for production so in the meantime Tank created a stopgap design, much as the British had in creating the Spitfire Mk.V and Mk. IX.  This was the Fw 190D-series, which took the A-series fuselage, grafted a 35l Jumo 213E V-12 engine on the front, spliced an extension just ahead of the tail to balance the longer engine, and hoped for the best.

In keeping with the WWII theme that stopgap fighters rushed into production did rather well, the Fw 190D-9 turned out to be an excellent aircraft and dangerous opponent.  While not the ultimate high-altitude fighter, it was able to nearly keep up with the P-51 at high altitudes while potentially outperforming it at mid altitudes, between about 10,000 and 18,000 feet.  It should be remembered that the Luftwaffe lacked fuel and trained pilots, so did not have the luxury of picking its engagement altitudes: this is in contrast to the Allies whose squadrons were able to predict their fights because they had the numbers to do so.  Instead, a German squadron might have to fight high-altitude bombers one day and low-level aircraft the next, so it was more important that they had a good performance across a wide altitude range than excellent performance at a specific level.  The Fw 190D-9 delivered this, in a platform that was proven, well-liked and rugged.  As such, it is possible to conclude that as late-war German aircraft variants go, this one was practical and successful. 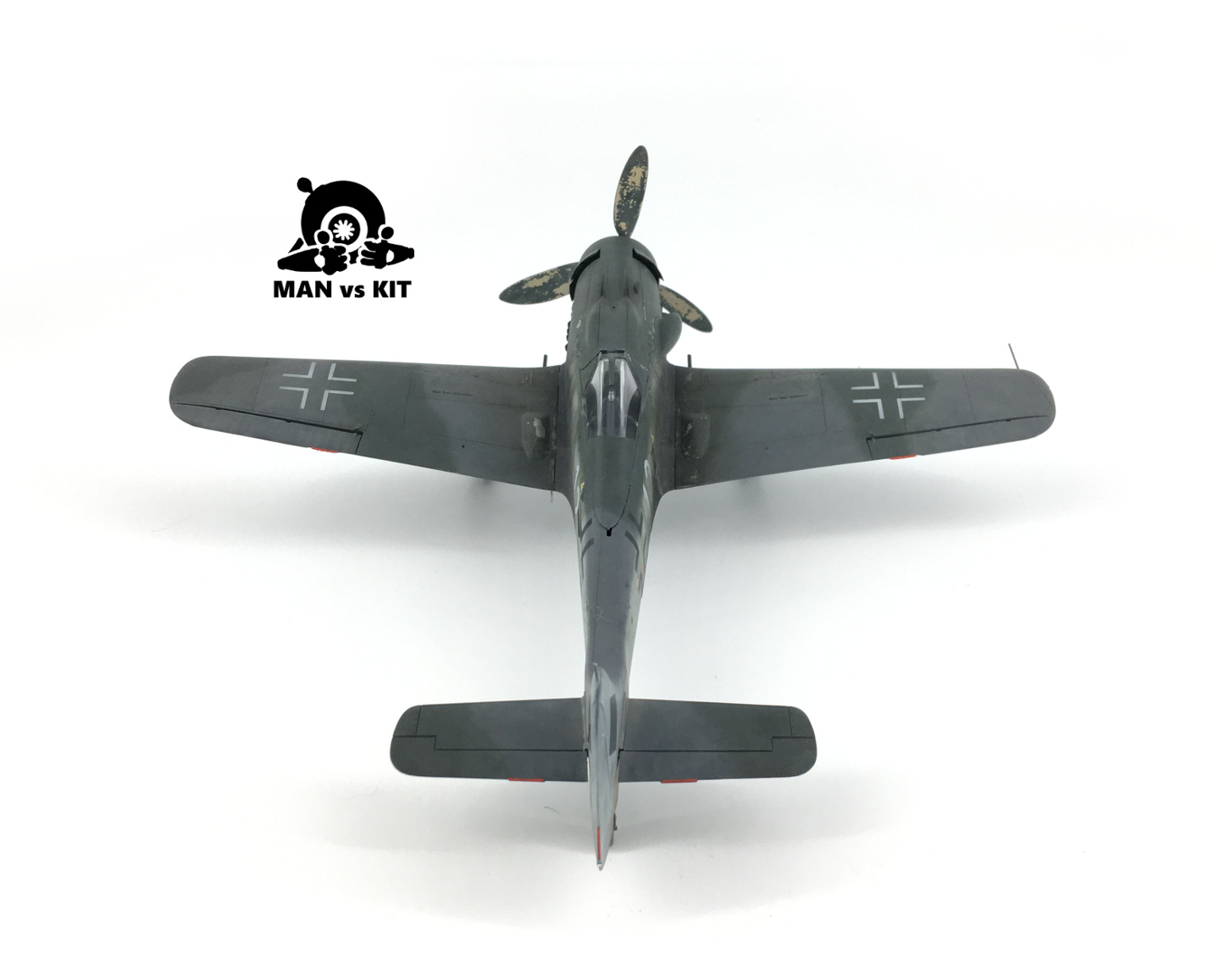 This is one of Tamiya’s 1/48 kits from the mid 1990s, which have a reputation for being simple builds that go together well.  It does, which is nice, and while it is a little on the Spartan side by the standards of modern kits, I really appreciate the manufacturer providing a kit that is fun and easy to build.

The cockpit has some nice moulded detail which looks great with a bit of tiny painting, and the kit provides some nice details for the instruments which are easily painted, and I added a few Anyz dial decals which really bring it to life.  Speaking of which, the HGW fabric seat belt really adds to the cockpit. 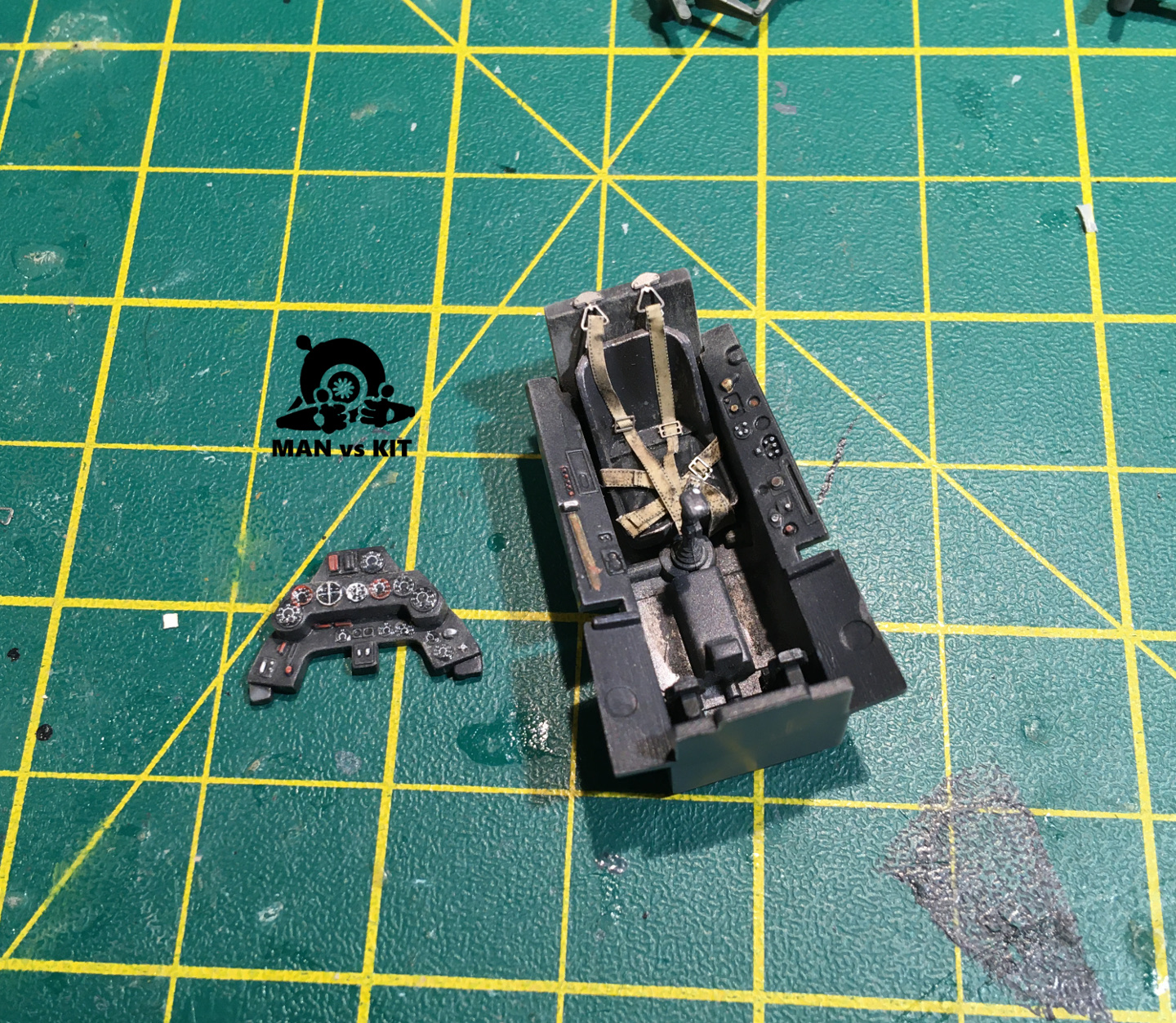 Outside, the rest of the kit went together well, though I chose to leave the big air scoop off the side until I was done painting.  This was because I felt it was likely to present an area which would be hard to paint, so it was worth the risk of colours not quite lining up.  One slight issue, though it might be more my fault than the kit’s, was that I was unconvinced the canopy would sit nicely in its open position, so I ended up posing it closed.

A small detail which is very easy to add to builds was drilling out the ends of the gun barrels.  The kit provides these as blank cylinders, but a few minutes’ very careful work with a 0.3mm drill bit puts a tiny hole in each that adds a little bit of extra realism. 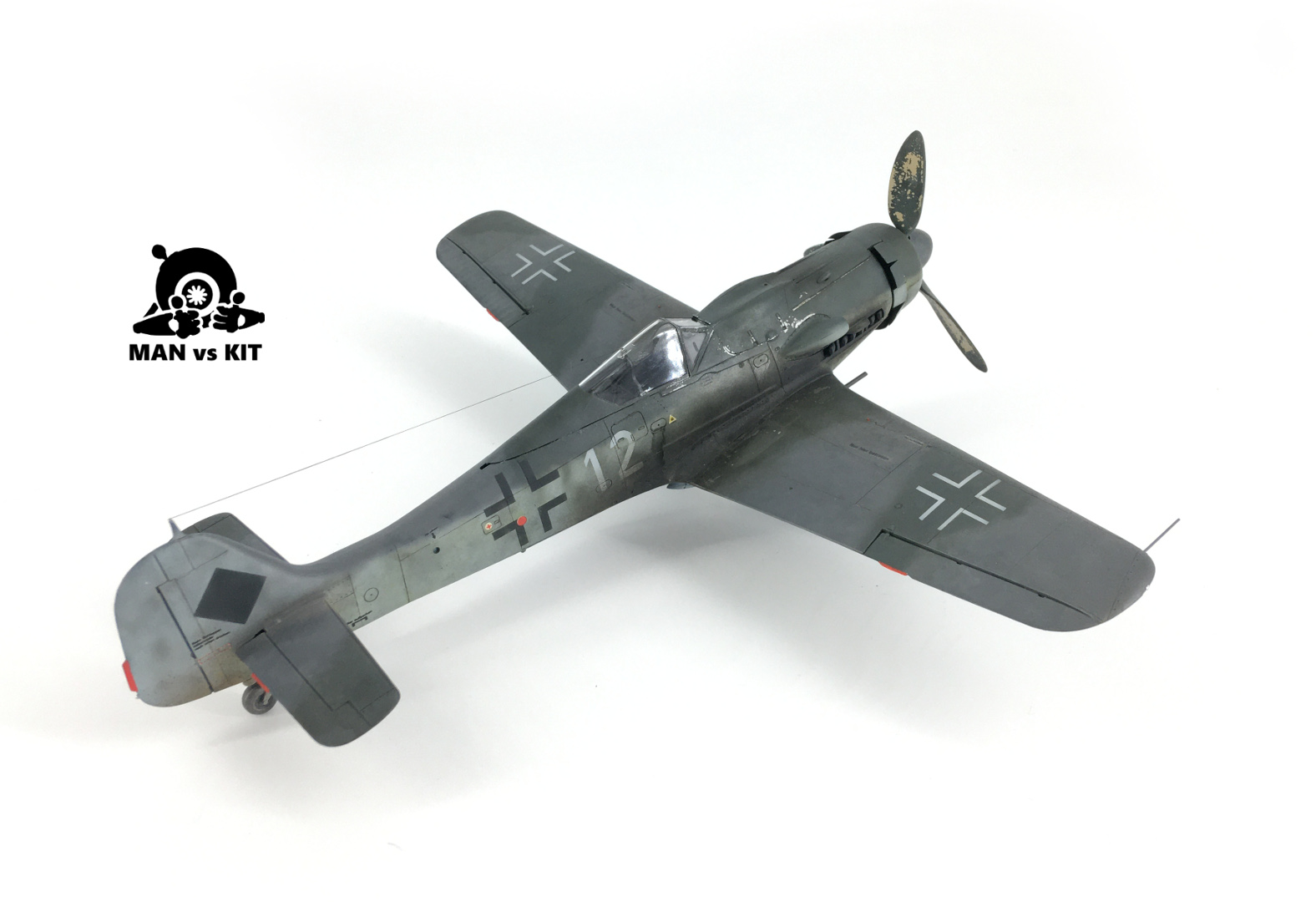 Painting this kit was a lot of fun.  Being quite a small plane in 1/48, you don’t get the world’s biggest canvas to work with, but as long as you spray quite small there’s a lot you can do.

I laid out the camo pattern using some Topnotch masks, and used a few similar shades to do each colour, on top of a black primer.  I’m increasingly leaning towards doing a light and rough mottle of the eventual colour, then working in the darker areas with colours that have a similar brightness, but in slightly different tones. 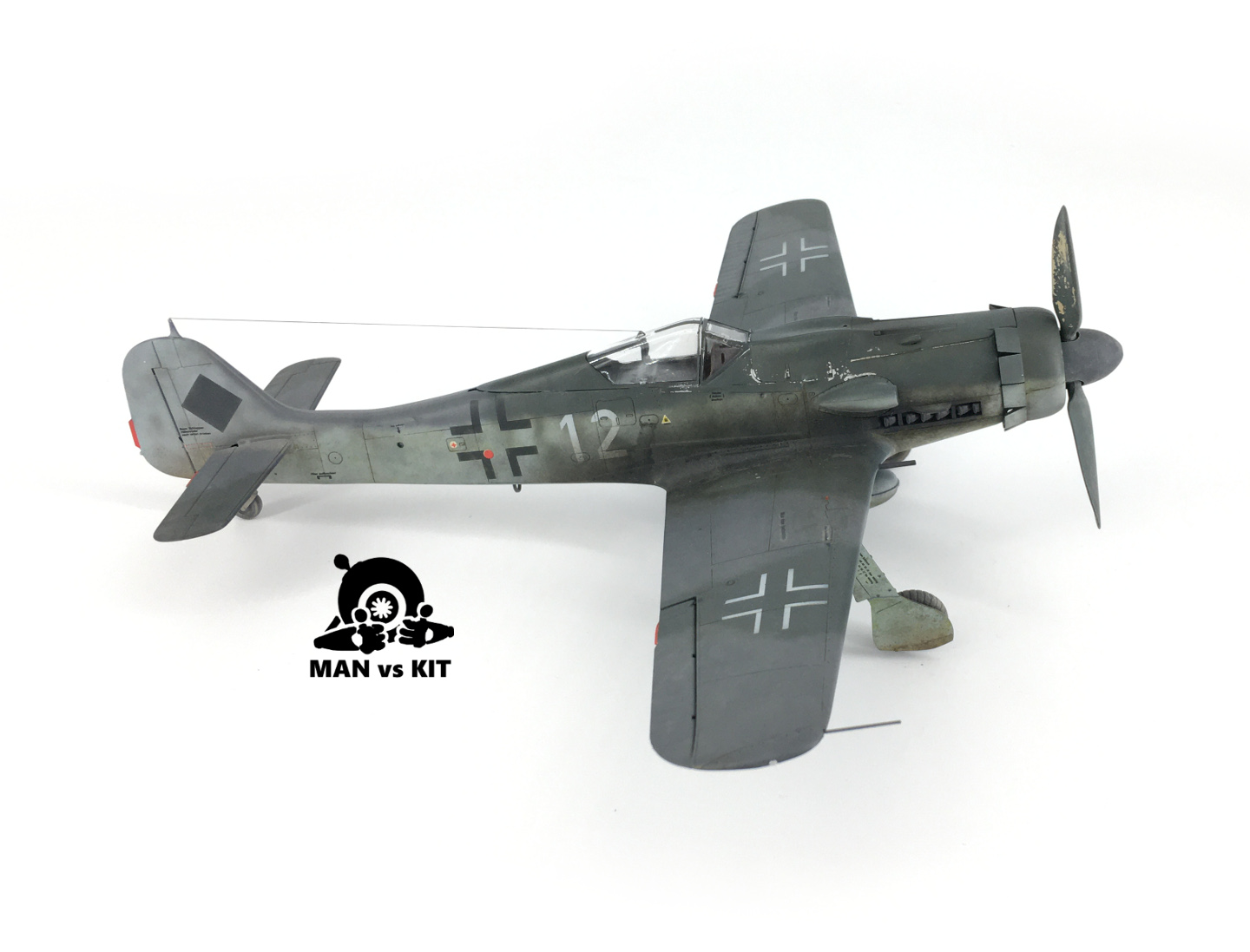 For example, the underside of this is RLM 76 which is a light green-blue-grey.  So I started with the RLM 76, light and rough, then worked in some RAF Sky, which is a slightly warmer green-grey, some Israeli pale blue, RAF Medium Sea Grey (a cool grey), even a bit of Russian lemon-grey primer and the pale grey-green from early MiG-29 camo.  Really it doesn’t matter what you choose, the idea is to work towards a consistent brightness that contains a lot of subtly different tones.

Likewise on top the green is RLM 74 which is a cool toned, greyish (desaturated?) mid-green.  So what can we work around that?  RAF Dark Green is a warm-toned green-brown, RFC PC10 is quite a rich, warm green, US Interior Dark Dull Green is another cool-toned one, and if you’ve done a Fleet Air Arm plane you might have a Dark Slate Grey.  Any of these or other can give that bit of shift in the paint, then blend it all together with a light coat of the top colour to bring it all together. 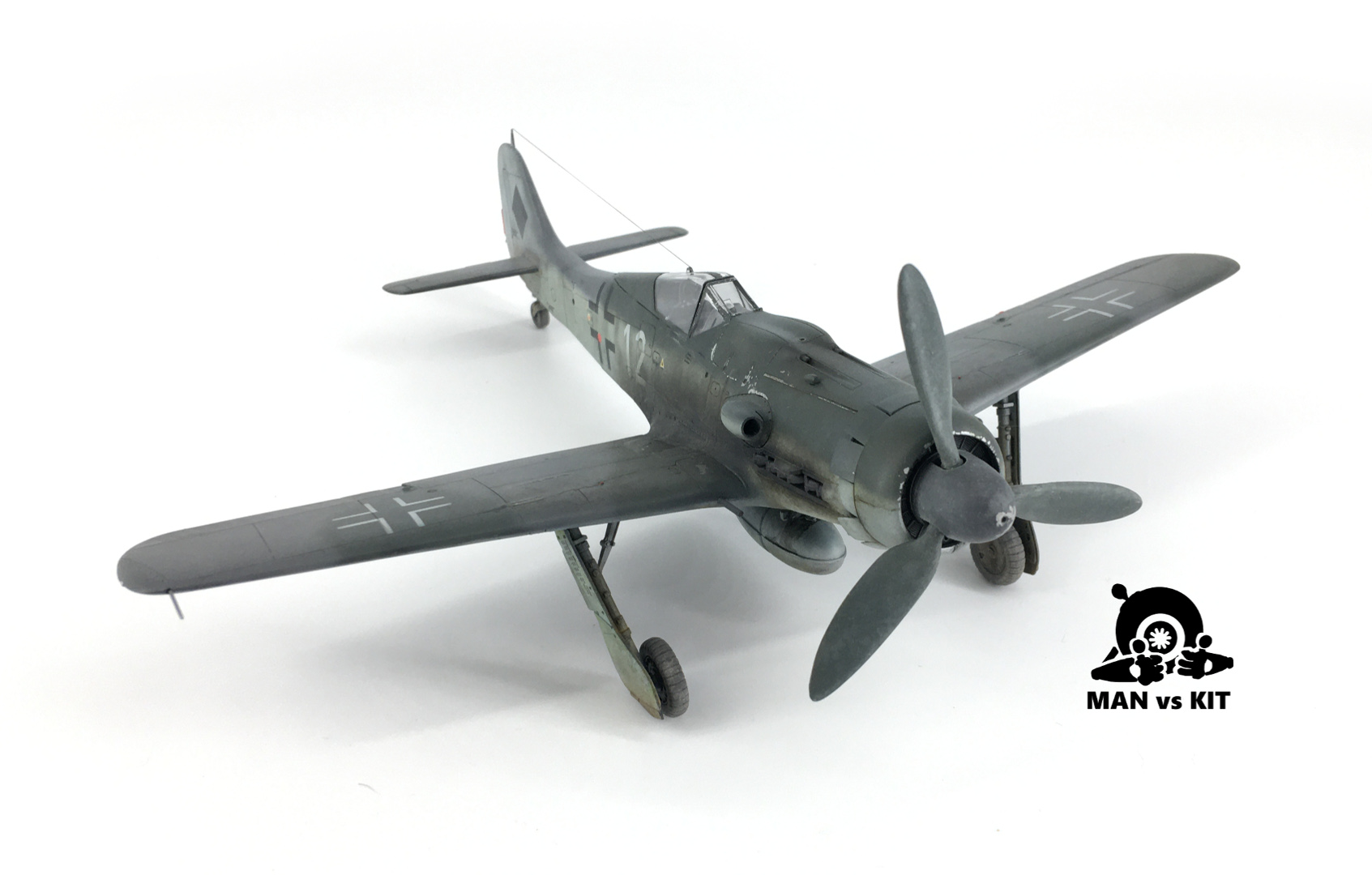 This is of course not my invention: I mostly learned to airbrush watching Matt’s “Black Basing 201” series, this is just the way that I have found it makes the most sense for me.

On this one I did a little bit of chipping around the cowl and some high-traffic areas, but the big thing here was the oil work.  I really want to figure out how to use wet oils as well as dry, and that does involve taking a few risks.  Here the oils came out very well, making the wet oils look very promising, though I think I went a bit too heavy with them.  Unfortunately the other thing that was too heavy is the fuel leaks: these are needed to look right but I went a bit too heavy and they look bad instead. 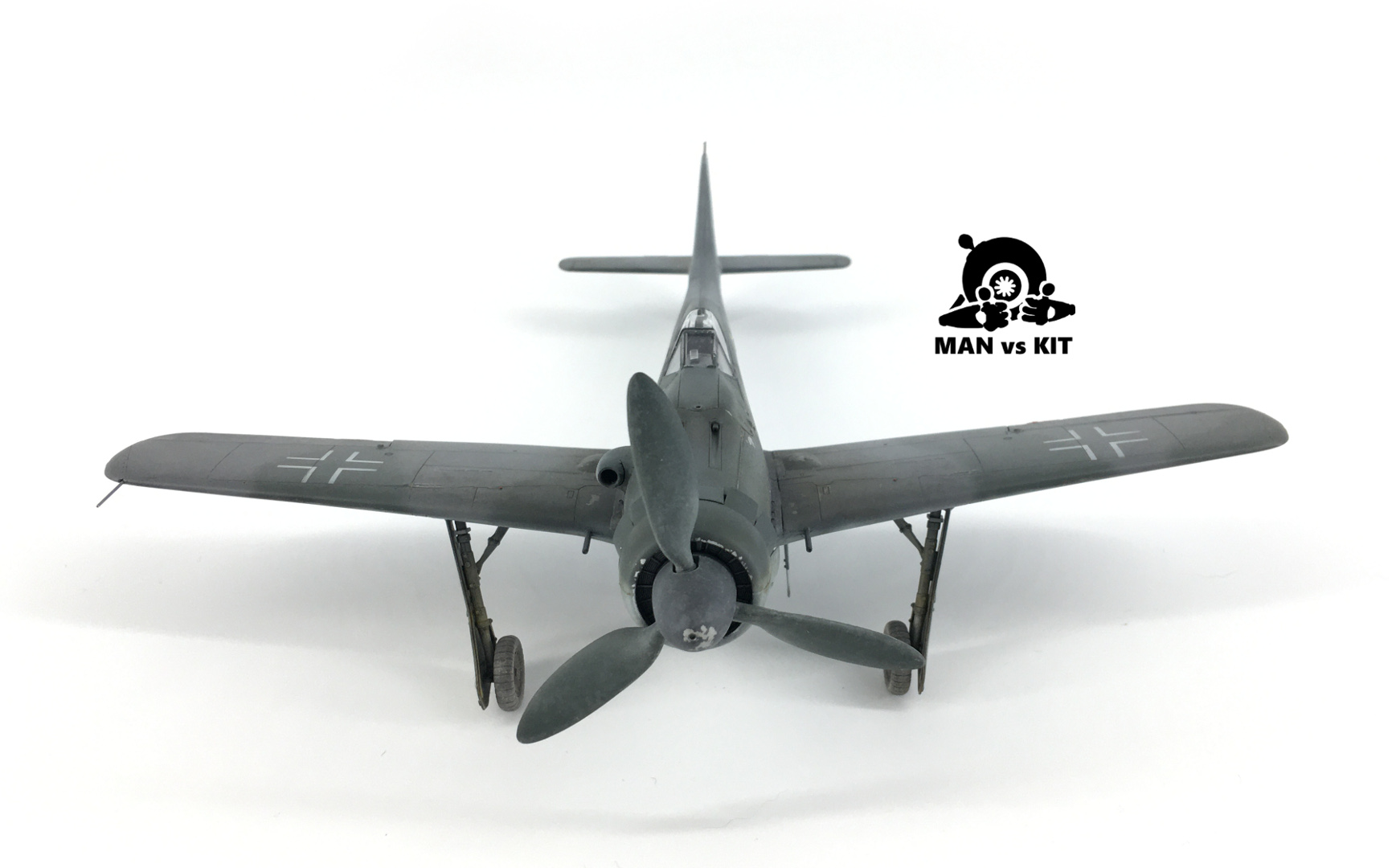 I have often heard that these Tamiya 1/48 kits are ideal to get people into the hobby.  This is certainly true: there is nothing stopping anyone picking up one of these and turning out a nice model.  Very little to go wrong, and it should be quite forgiving of ham-fisted inexperience.  But that shouldn’t be taken to imply that more experienced modellers won’t enjoy them either: I had a great time building this, it is a little gem of a kit and you really can’t go wrong with it. 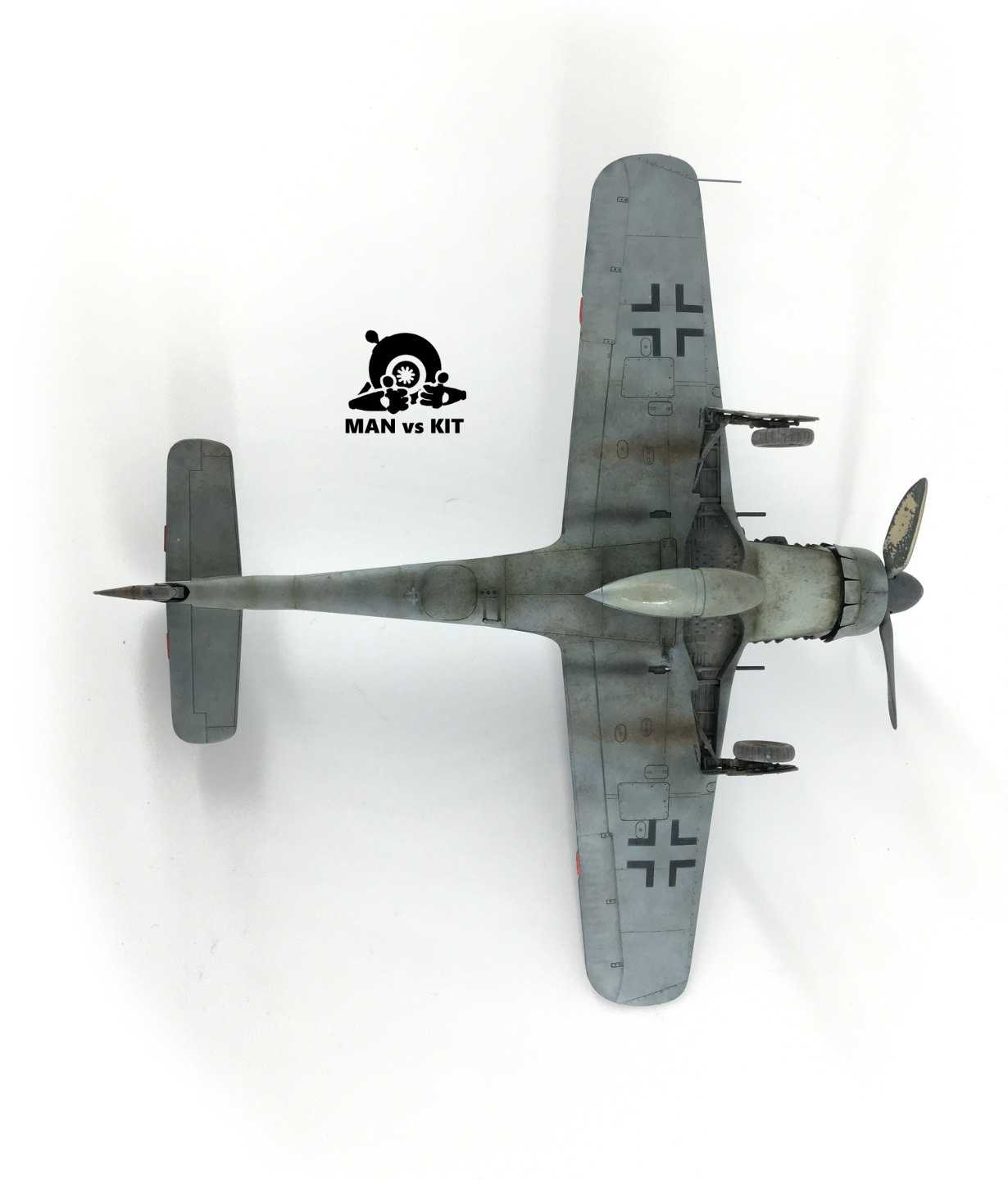 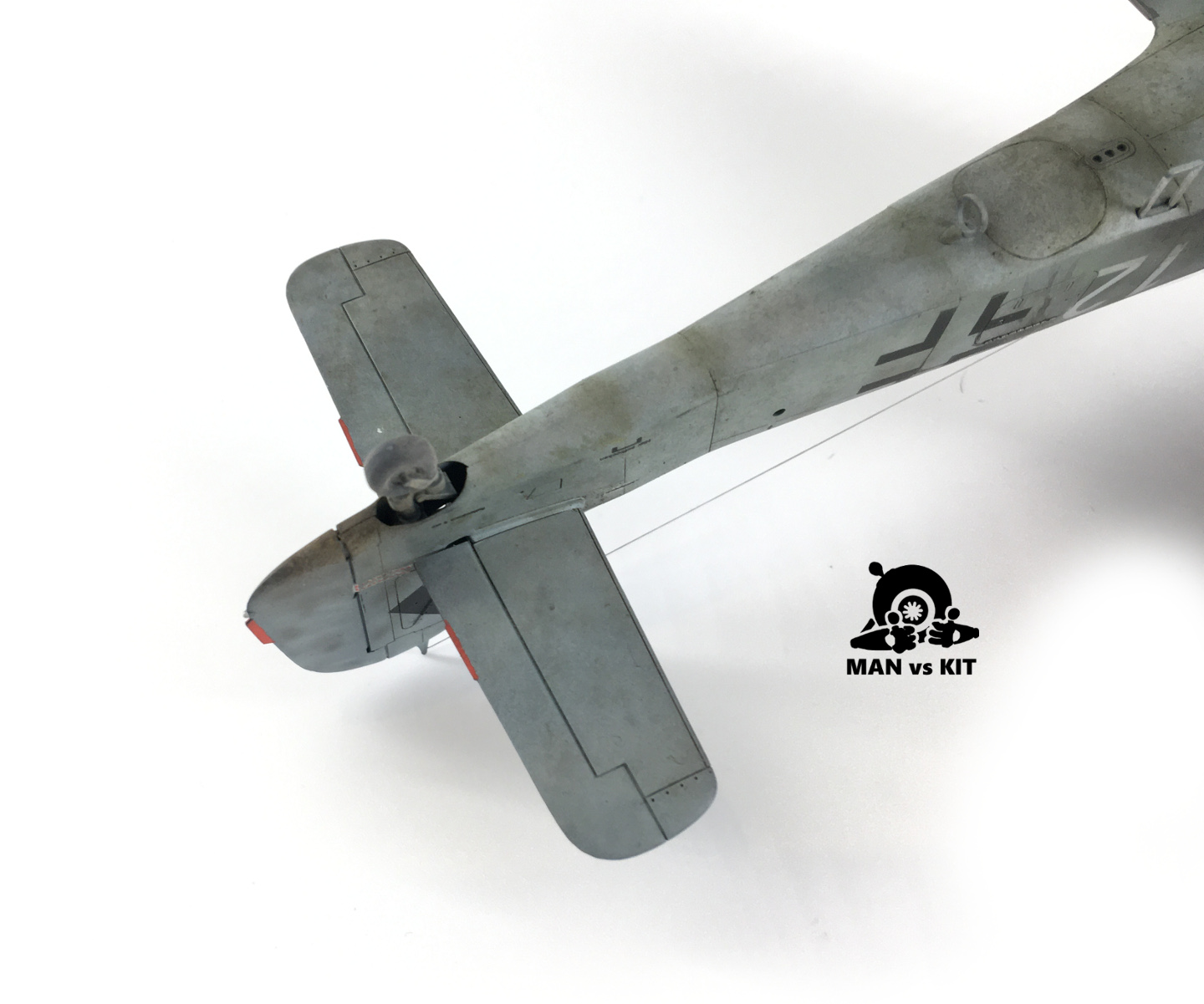 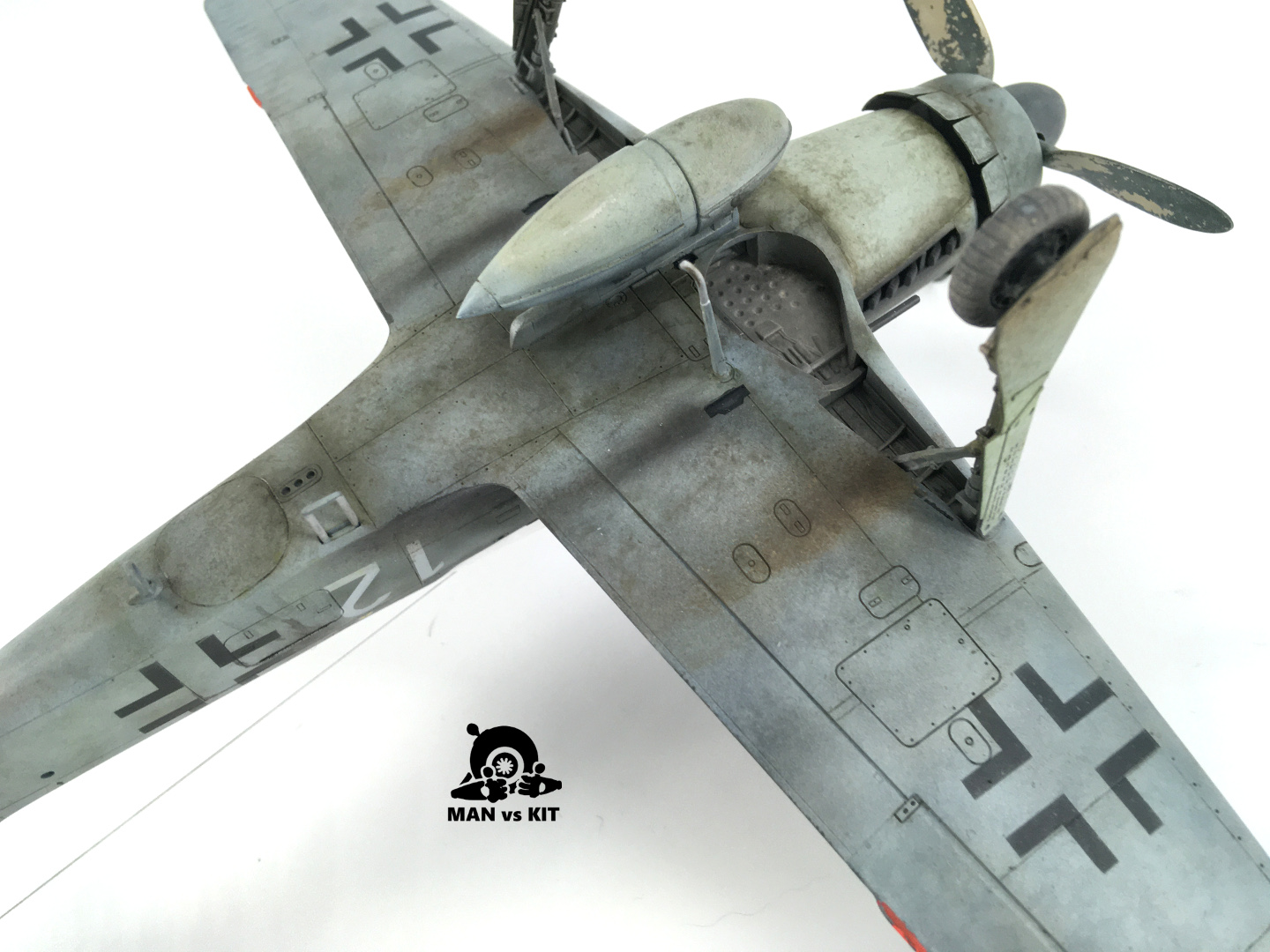 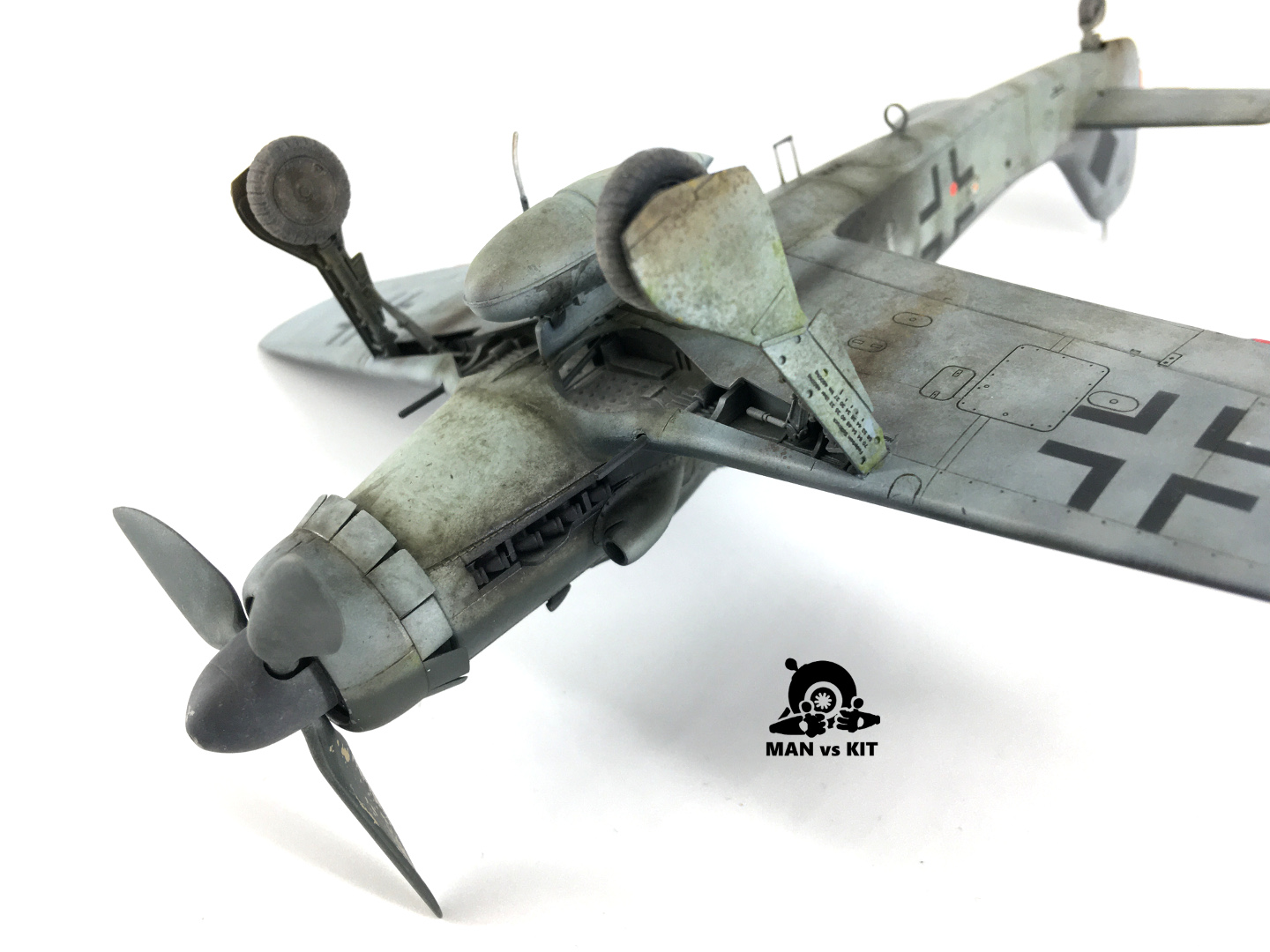 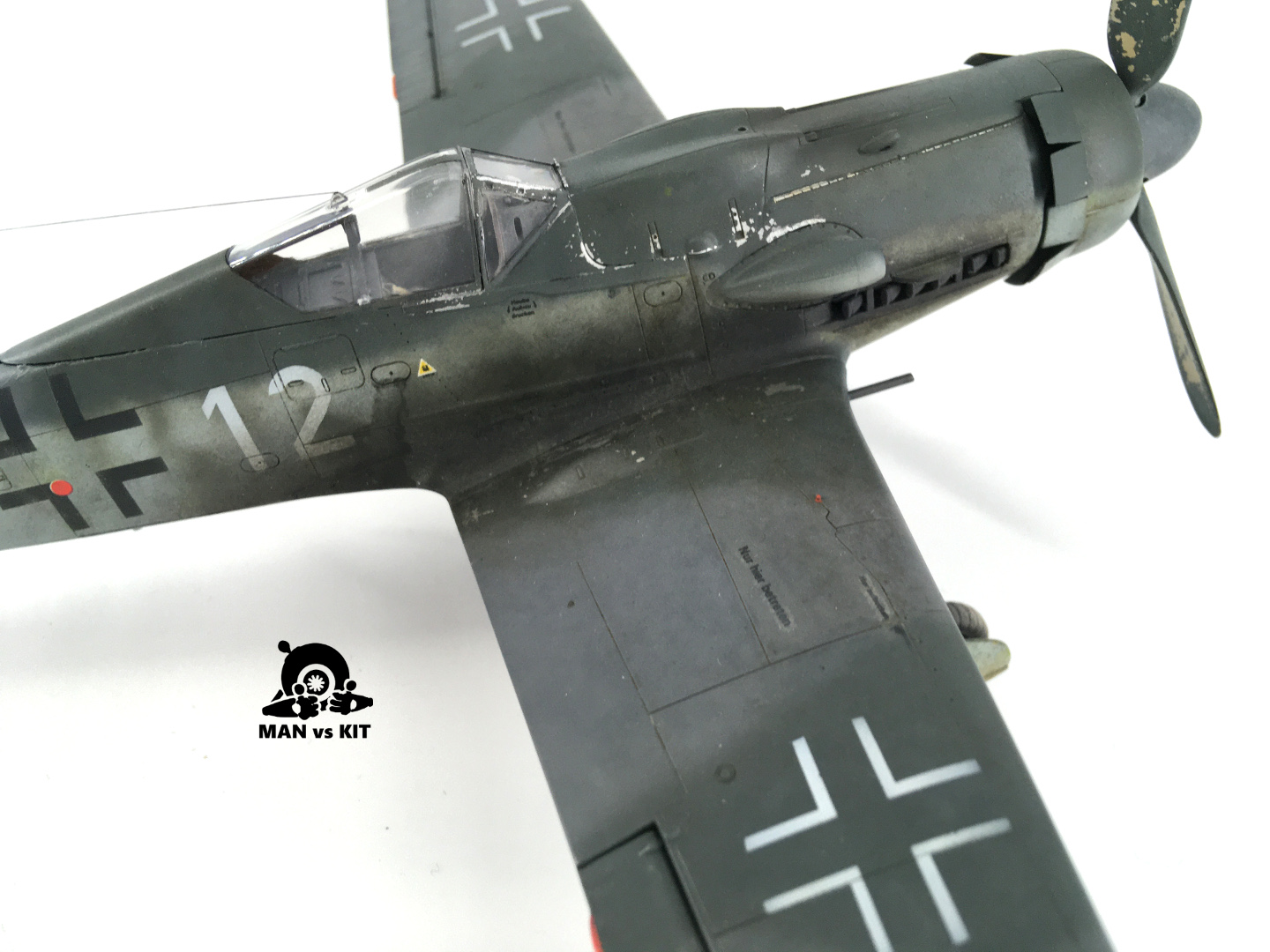 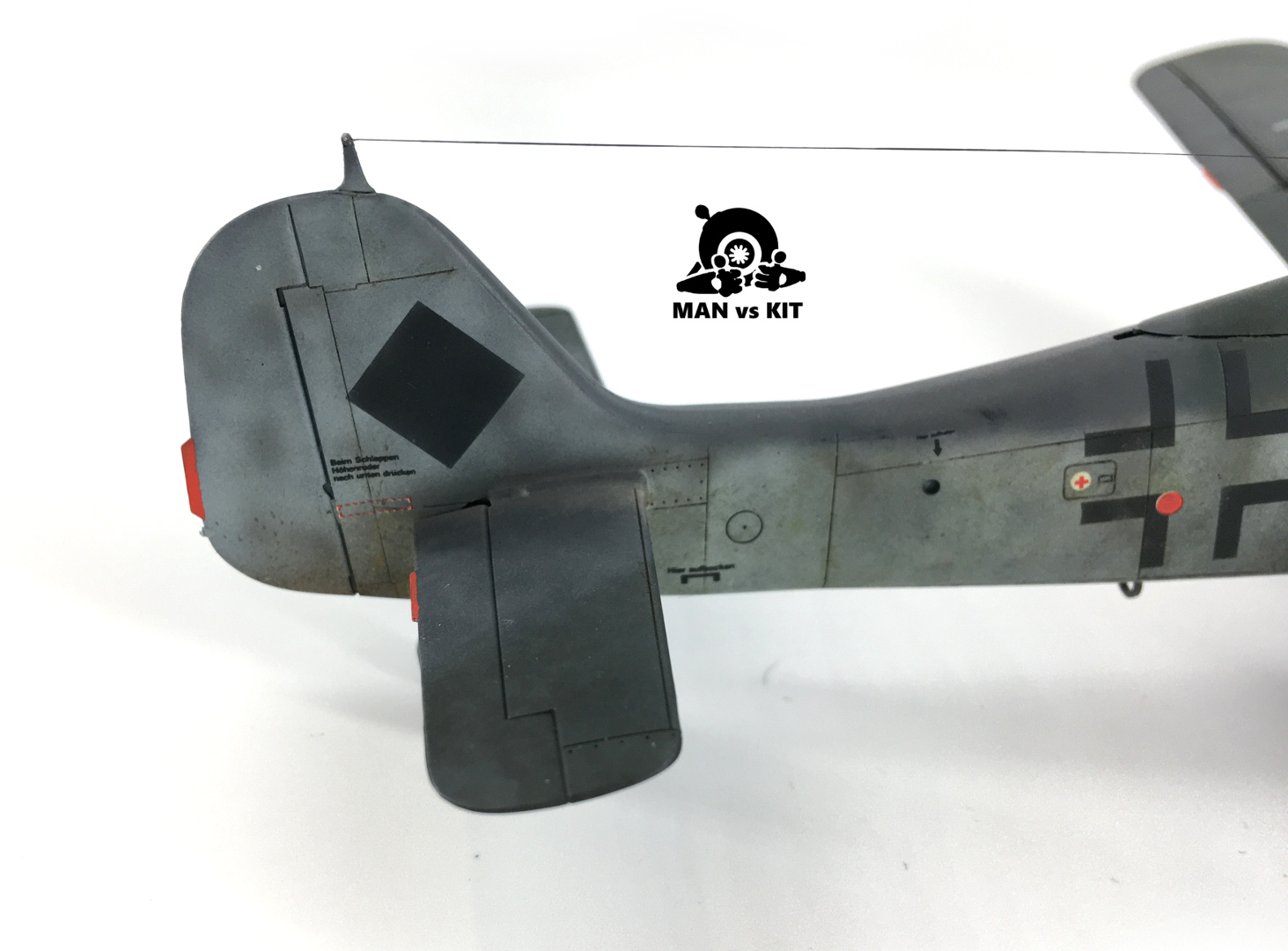 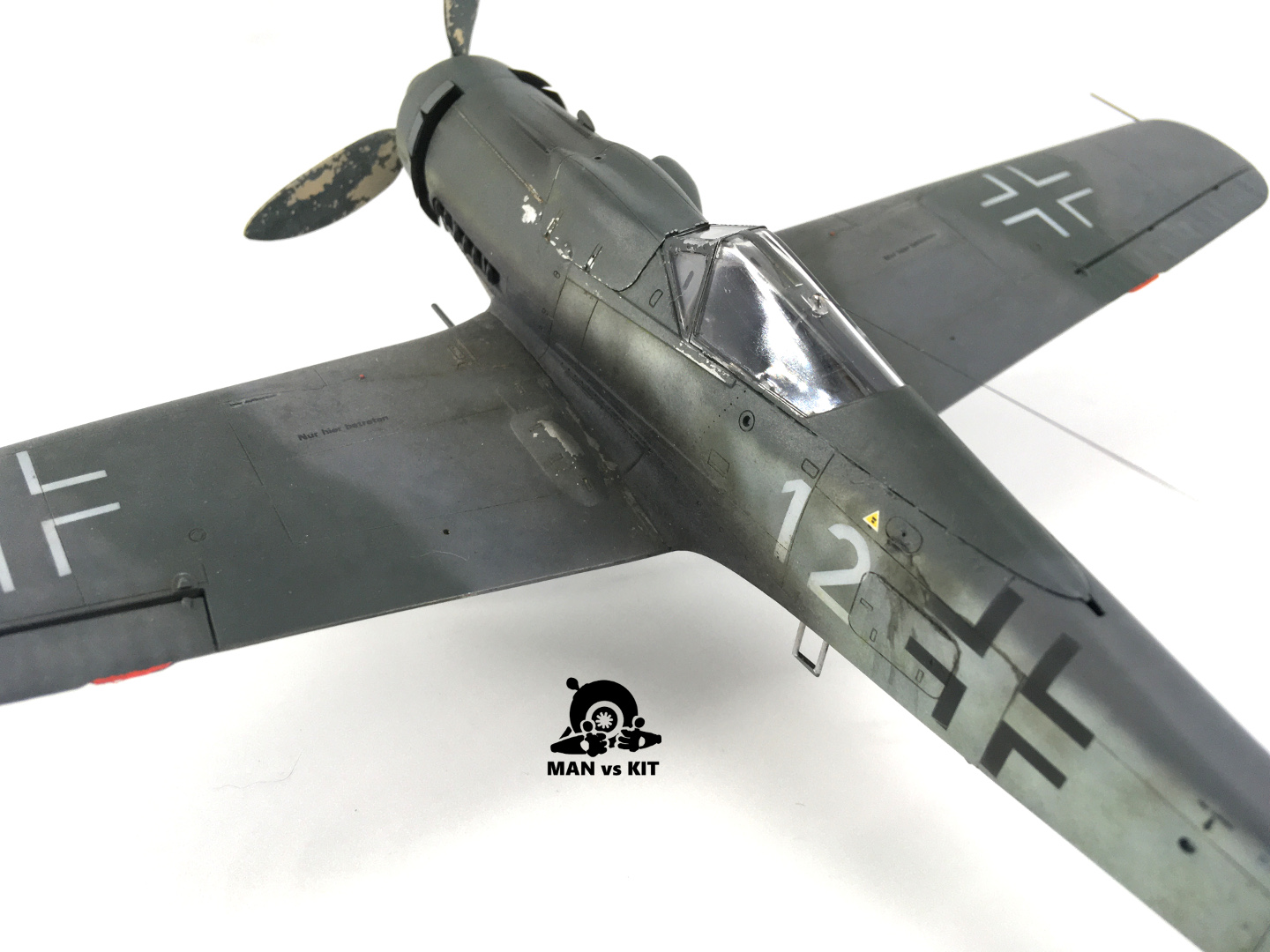 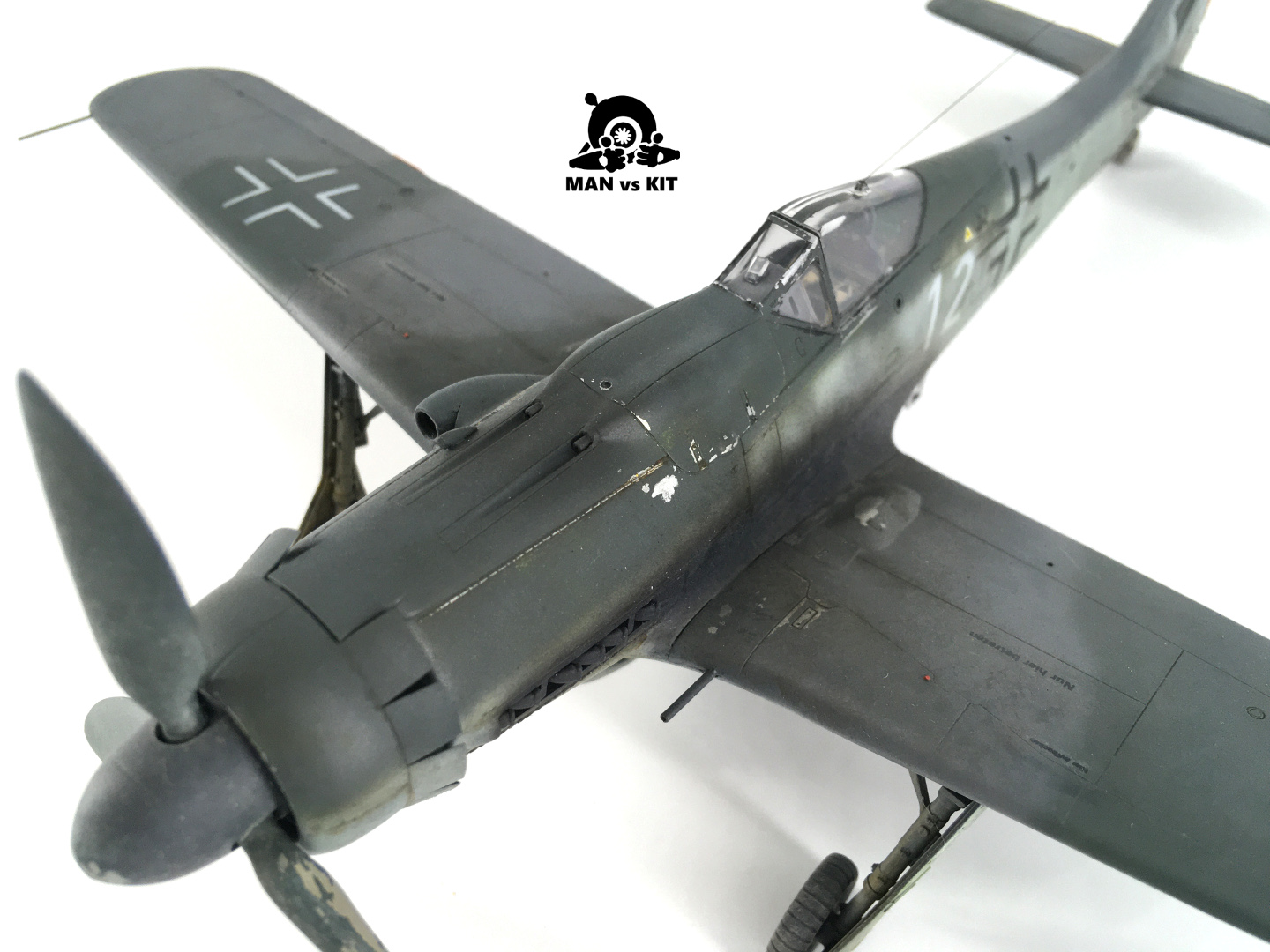 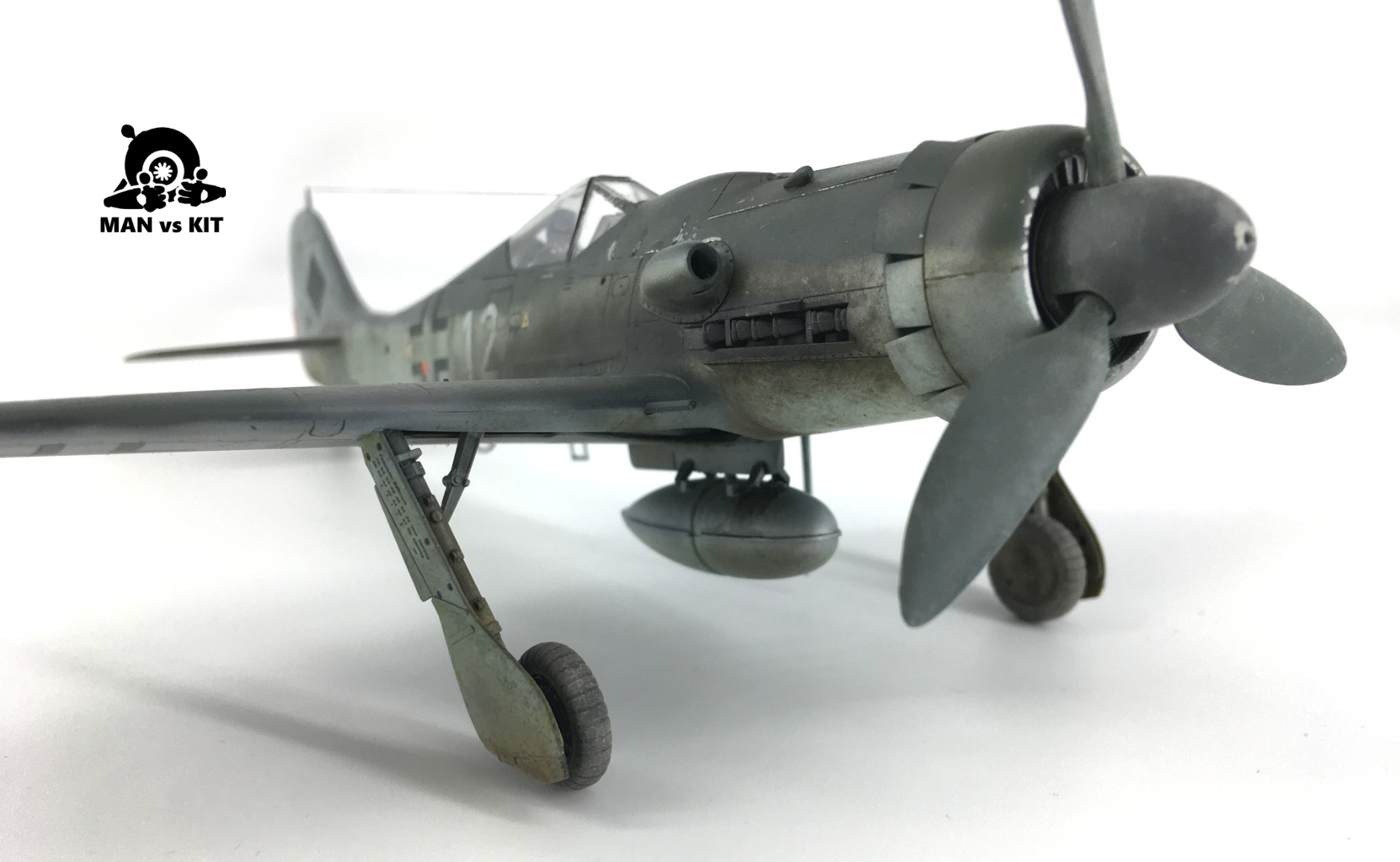