One of the reasons I love group builds is that they encourage modellers to attempt subjects that they might otherwise overlook.  A German WWII Night Fighters group build led me to this little gem of a kit, which stood out as an interesting and curious subject. 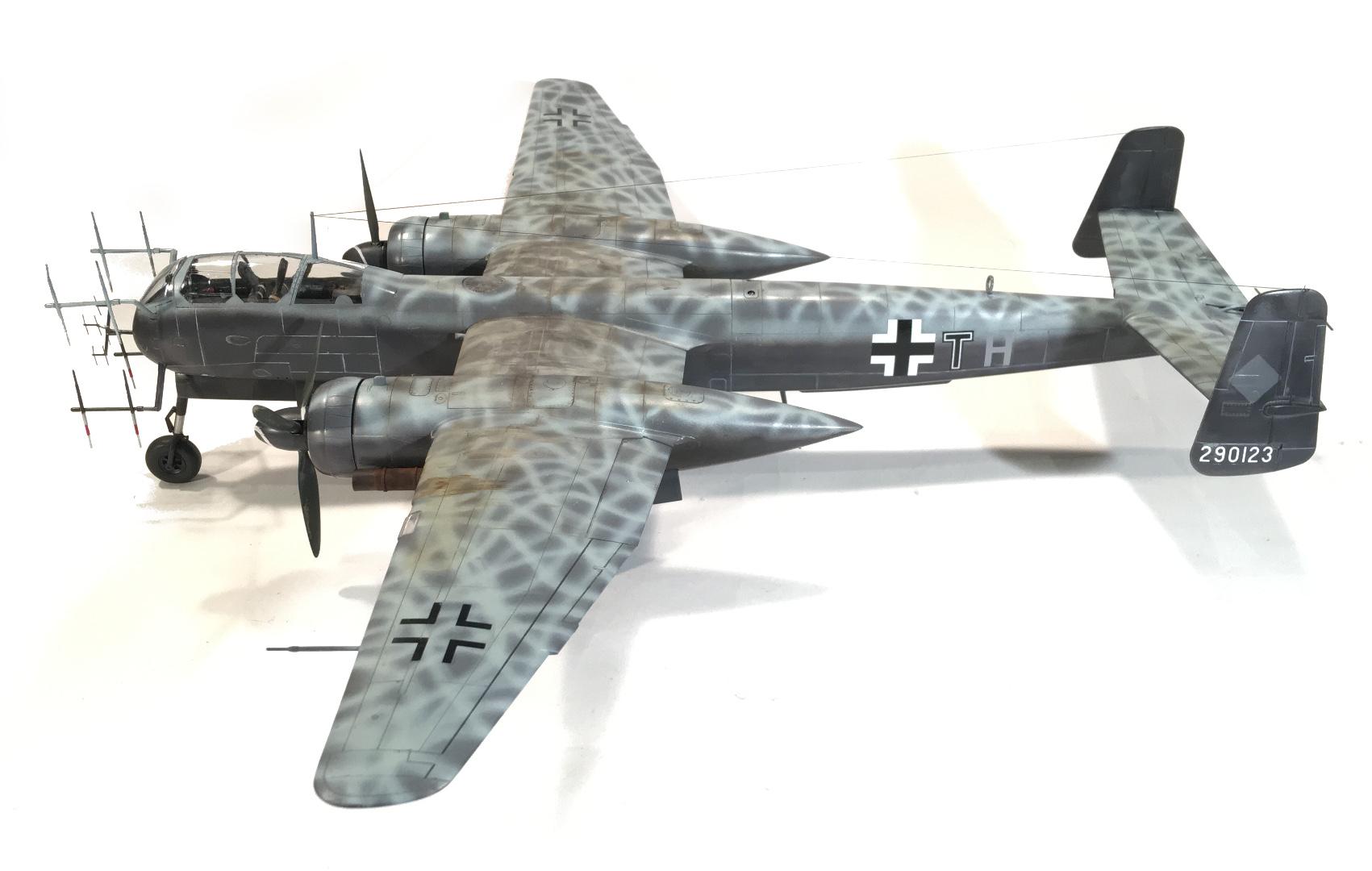 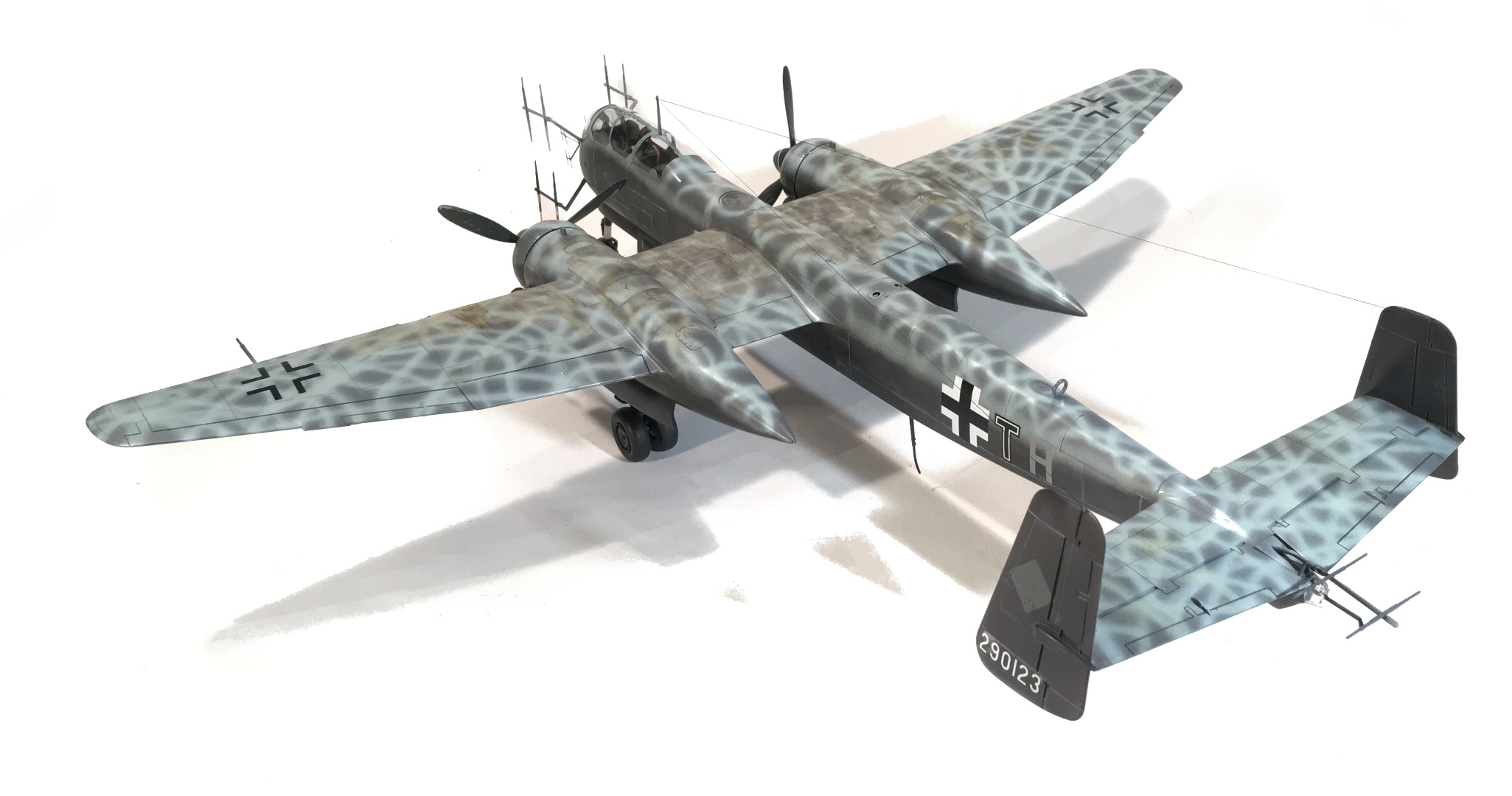 The He 219 was a relatively little-known plane that served in small numbers, but which has enough unusual technical elements to be rather interesting.  It featured tricycle landing gear, upward-firing cannon, a wide array of radar and electronic interception devices, and relatively high performance.  It also served as a testbed for ejection seat designs, presumably its high speed, tandem seats, and twin tails made it ideal.  Exactly how good it was in unclear: it was credited with being fast enough to intercept Mosquitos (though this becomes less impressive if one considers this may mean those carrying the 4,000lb “cookie” bomb, which were at their limit of weight), but sources also indicate stability problems.  The type probably benefited from operating at night when its heavy cannon armament would have made short work of unsuspecting RAF bombers. 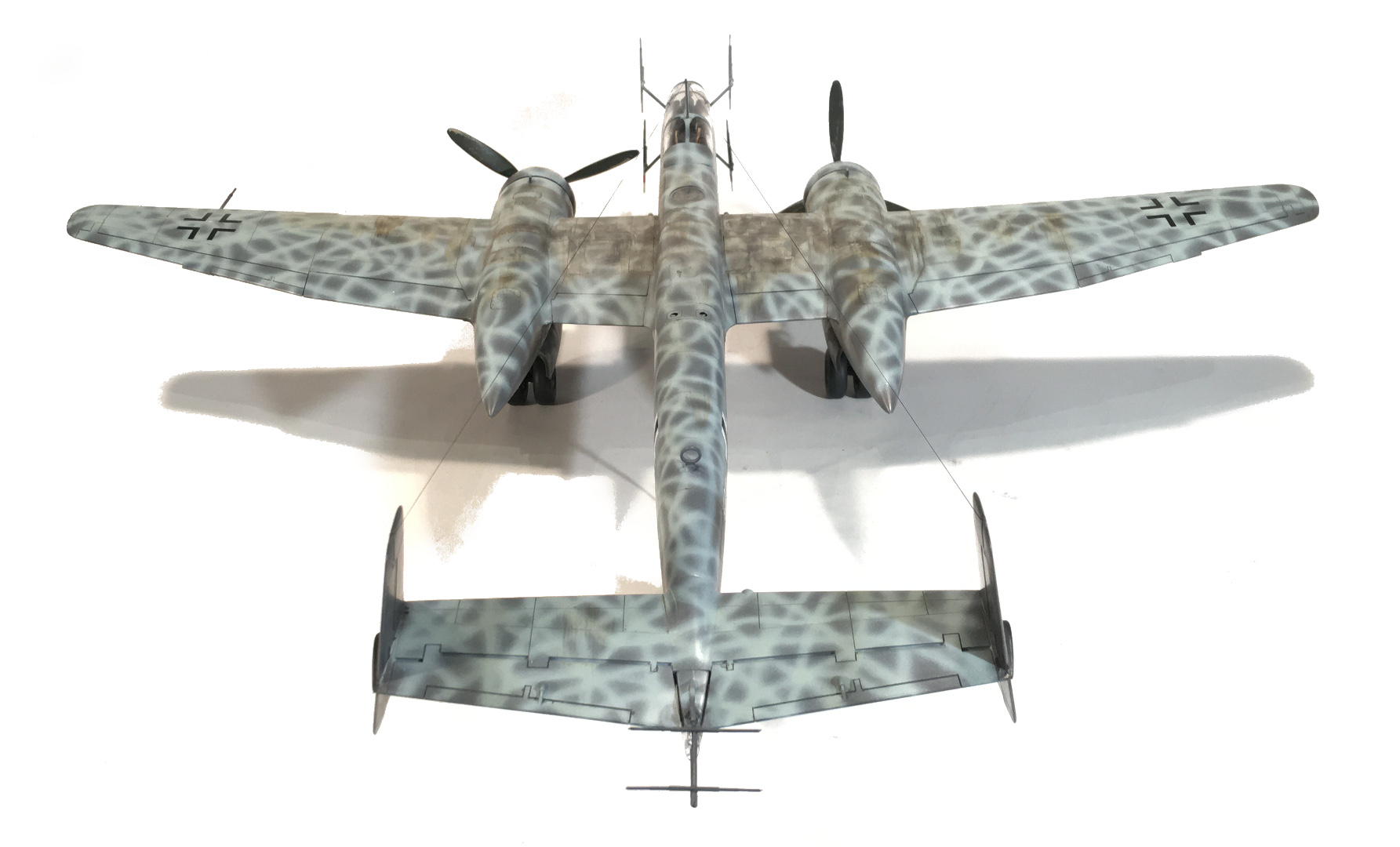 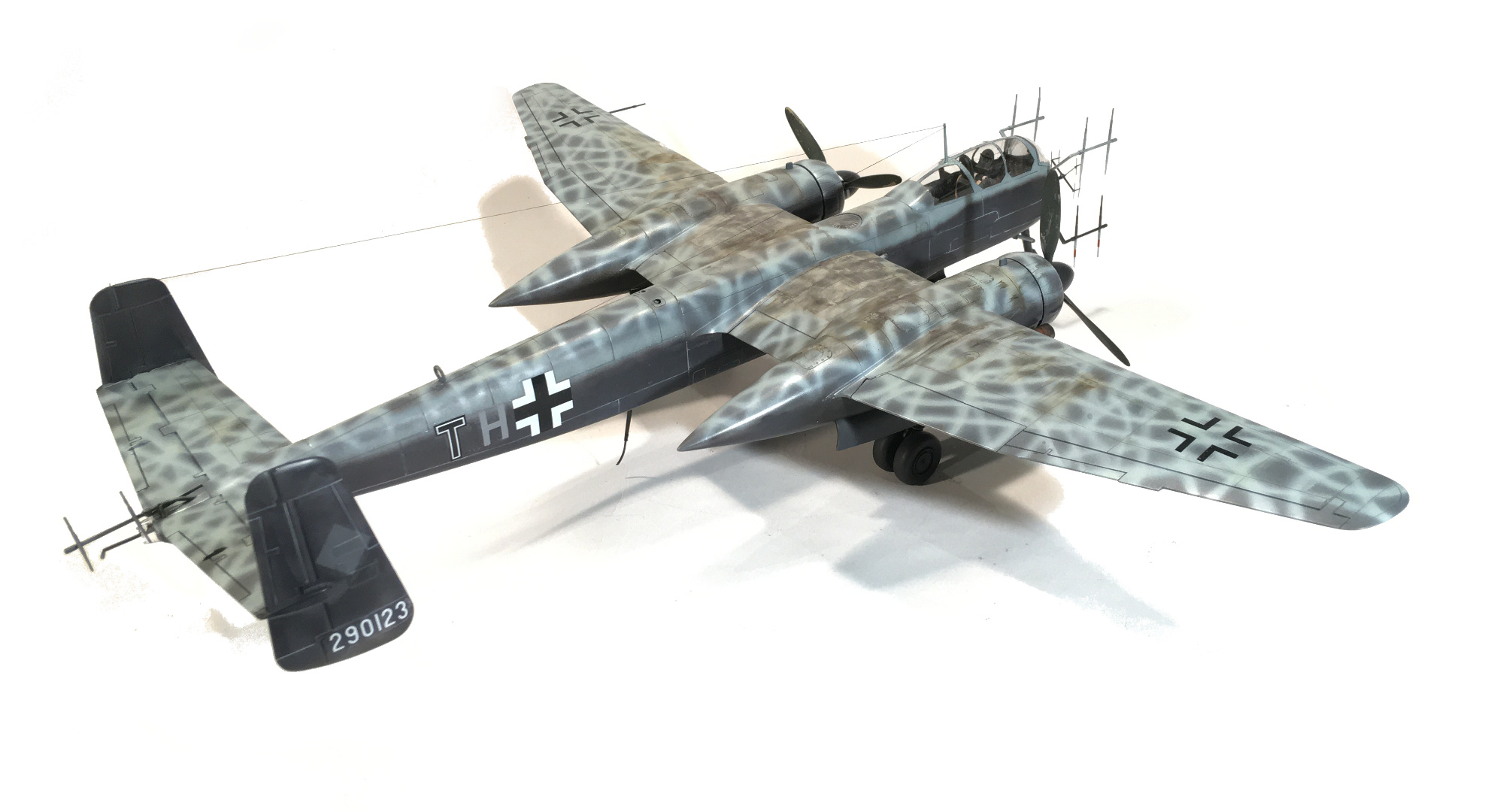 Despite this, it is also a poorly-referenced type, having served in limited numbers, at night and at a time when its crews had more on their mind than photographing it for posterity.  After the war, it received relatively little interest from Allied servicemembers who were more preoccupied with acquiring jet and rocket technology, and who were more likely to photograph something they recognised and had heard of.  As such, I was only able to find a handful of period photos, most of which were clearly of derelict aircraft post-war. 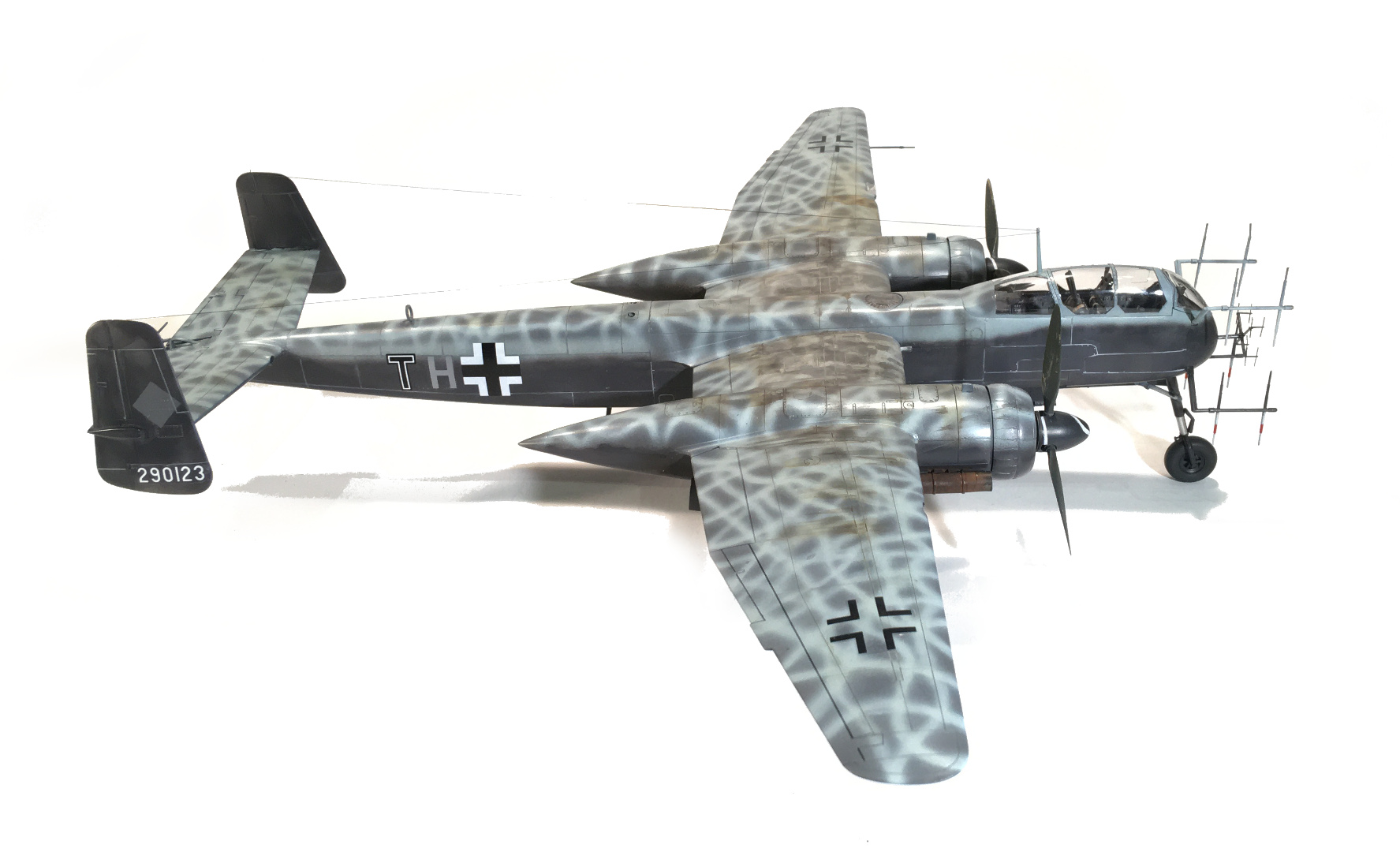 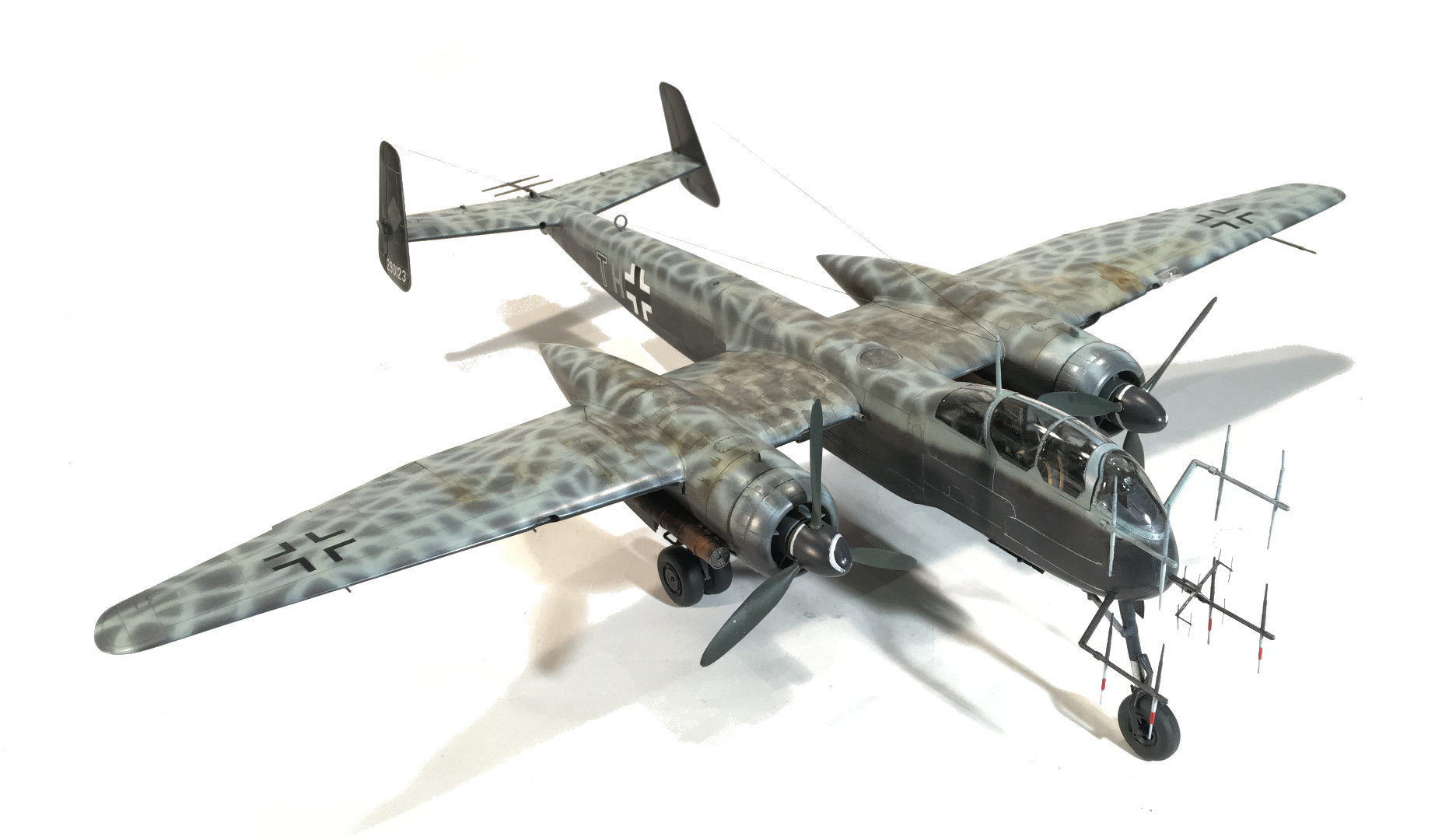 The Tamiya kit is typical of their 1/48 offerings: simple parts breakdown, nice detail, great fit, and designed to build up easily with no nasty surprises.  This approach is typified in the inclusion of a pewter cockpit shell which is sandwiched between the cockpit interior and the fuselage halves, forming the nose landing gear wheel well.  This provides the right weight for the finished model to sit happily on its wheels despite a significant rear overhang. 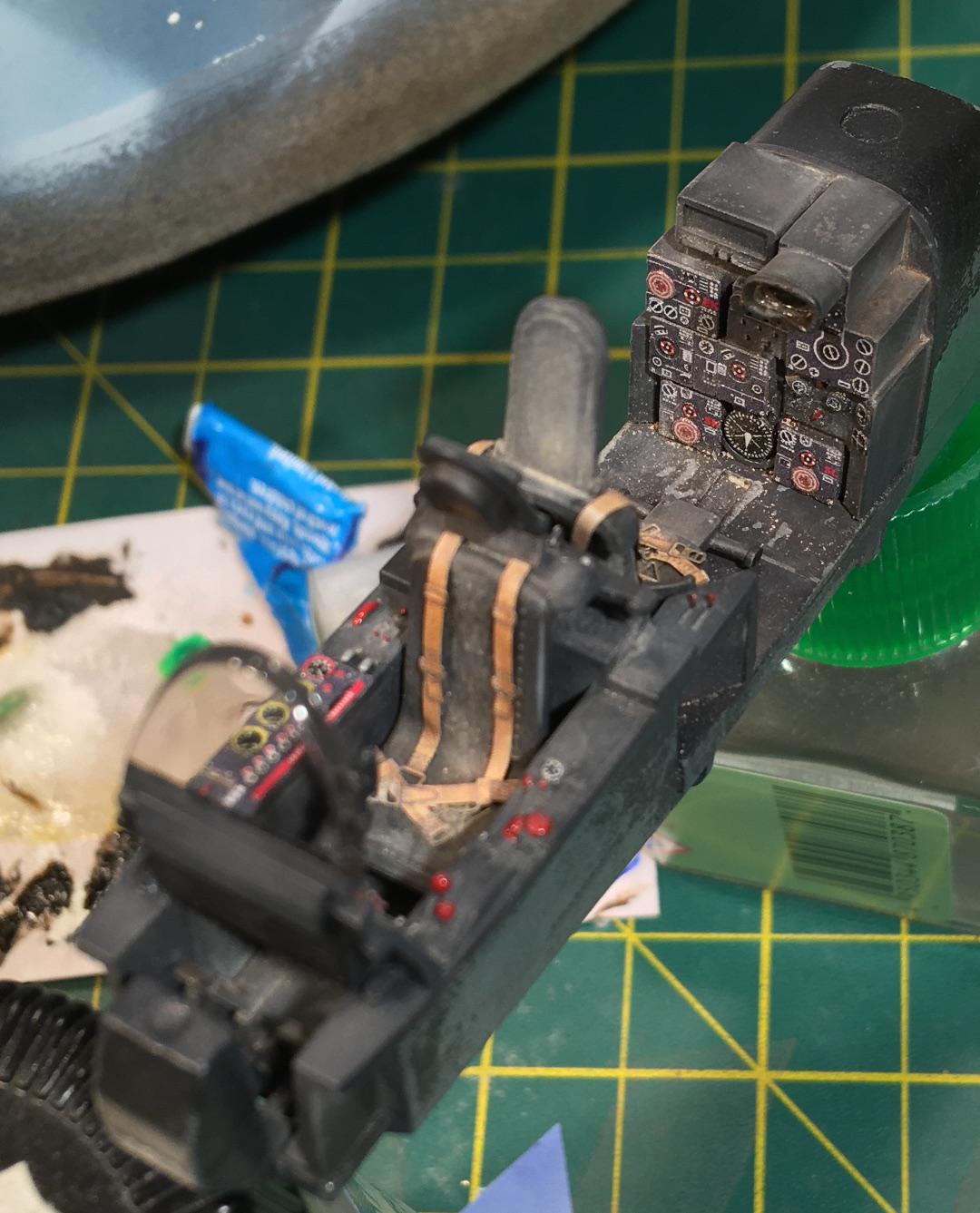 The cockpit detail is nice, with a few decals being provided for the dials.  I opted to replace some of the panels which lacked decals with Eduard colour PE panels, which definitely give the very visible cockpit a bit more colour, but at the cost of definitely looking flatter.  If only it were possible to get decal dials as an aftermarket item! 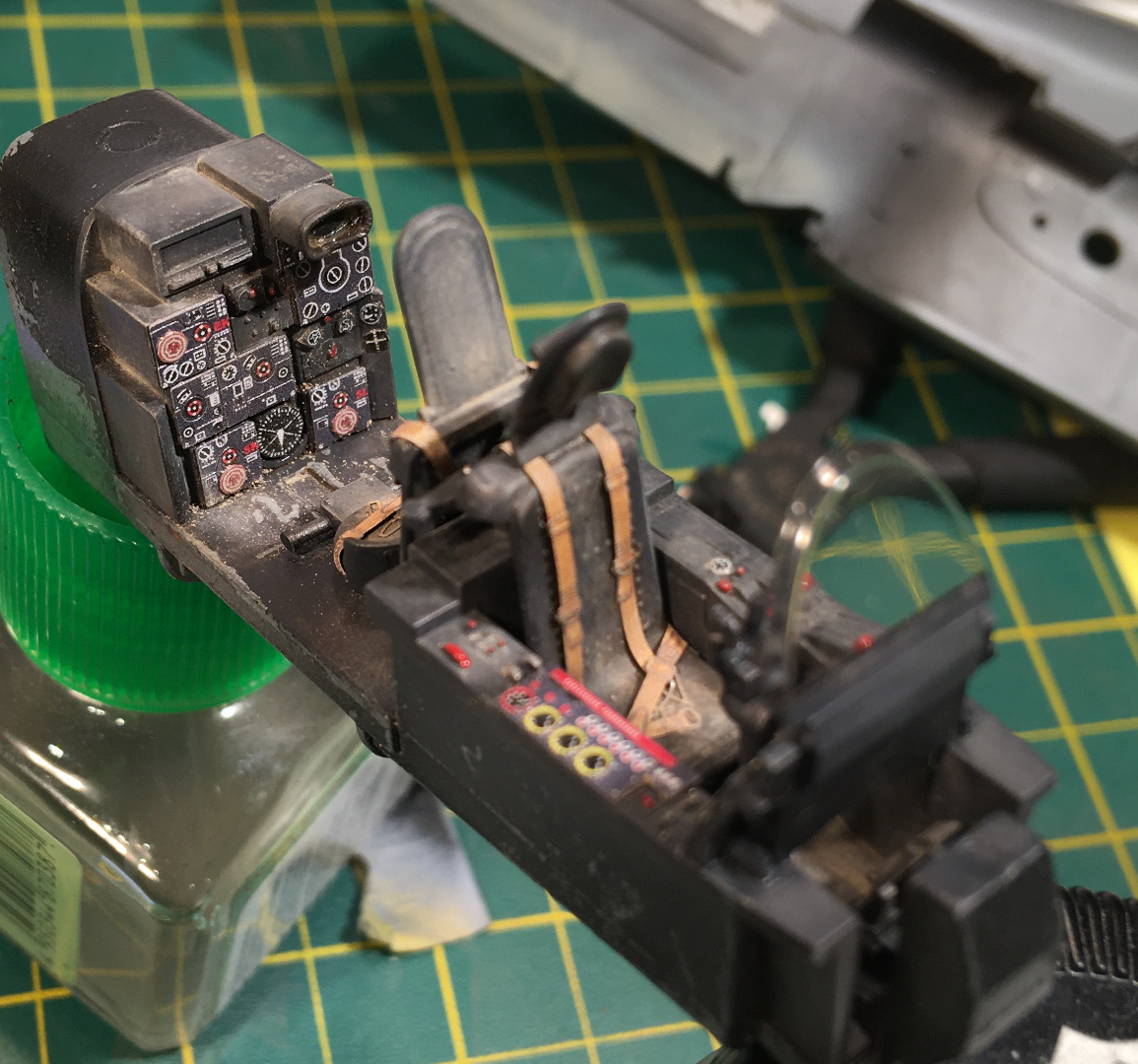 The rest of the construction goes together with very little fuss.  I felt there was a bit of a seam along the fuselage join.  The radars are the only fiddly bit, but even there Tamiya has provided a solid mounting that the antennae just stick onto. 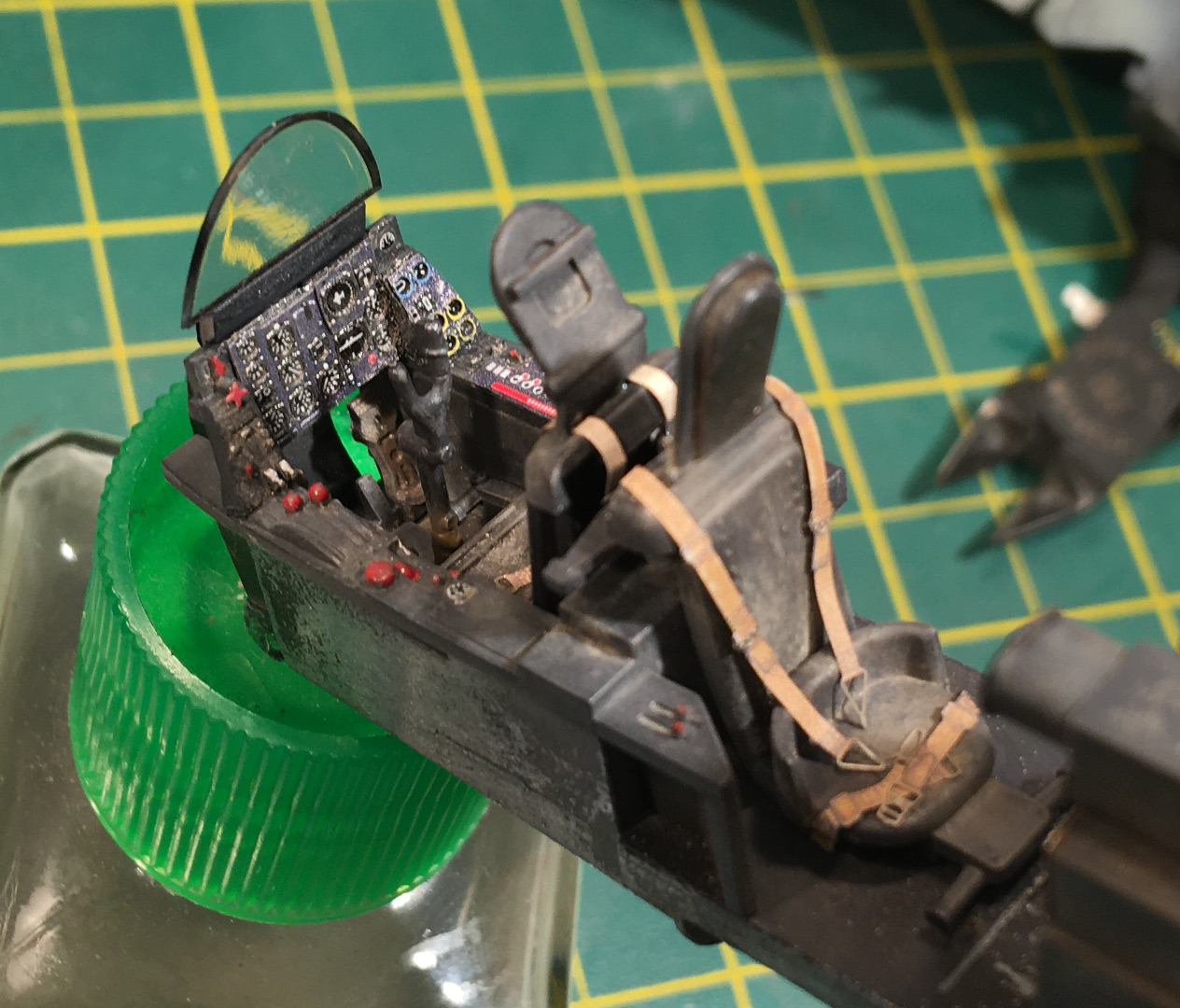 The Eduard cockpit PE came in a set which included some other details.  I used their seatbelts as the kit provided ones were just a decal which I didn’t think would look so good.  Other than a few bits that improve cockpit detail, I didn’t use much except the smaller central nose radar.  This is a curious thing: the big antennae on the nose are a Liechtenstein SN-2 radar set, which was quite a powerful search radar.  So powerful in fact, that the return was too bright within about 600 metres, so a smaller, lower-powered set was installed in the centre which the crew would switch to for final interception. 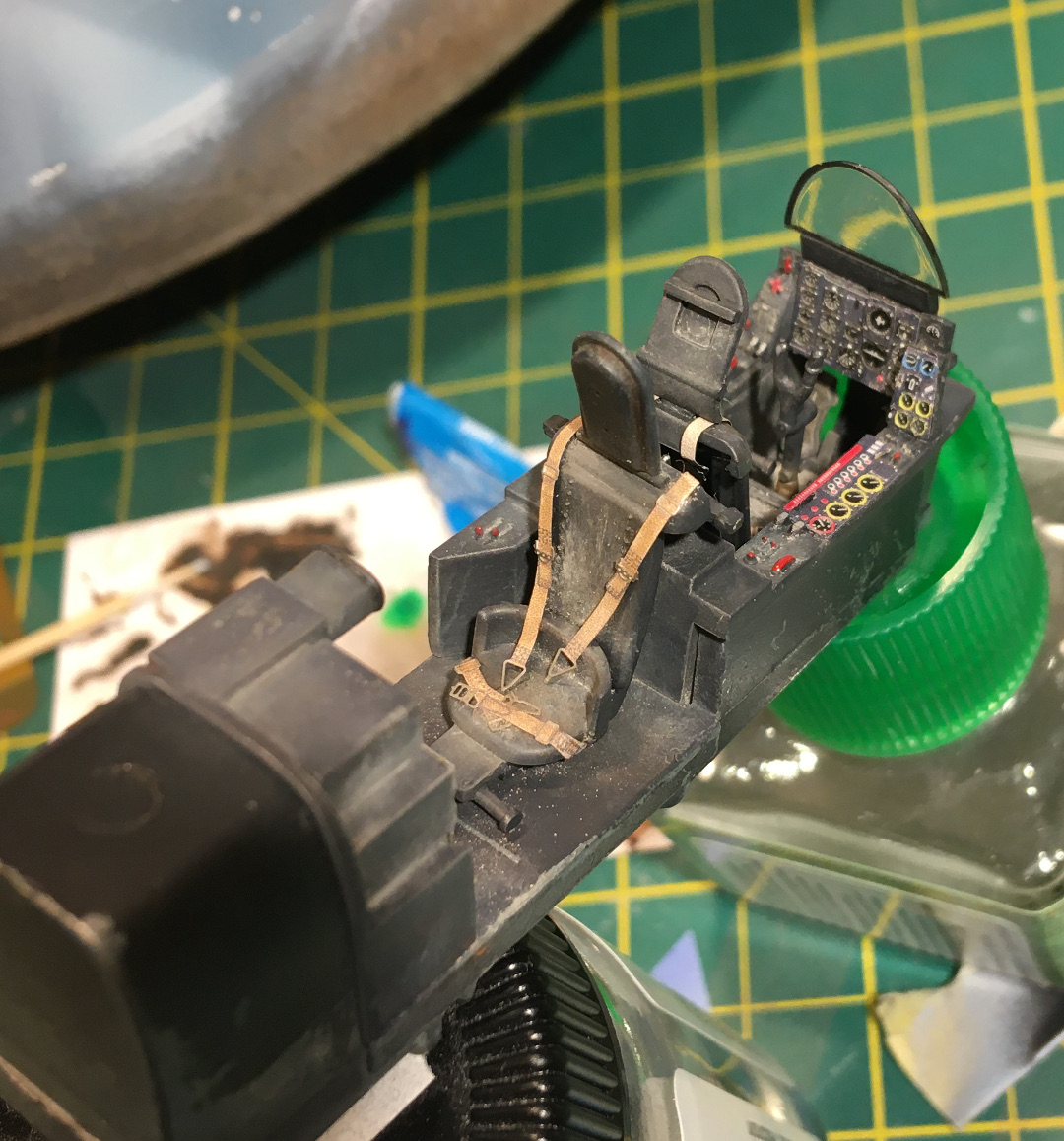 I don’t feel I did a particularly good job of painting this.  The first problem was that the scheme involves curving lines of blue sprayed over the grey, which I tried to replicate but struggled to get close enough together.  The second was that in the absence of good reference photos, I didn’t have a good idea of how I wanted it to look, so especially on the black, the colour is bland and disappointing. 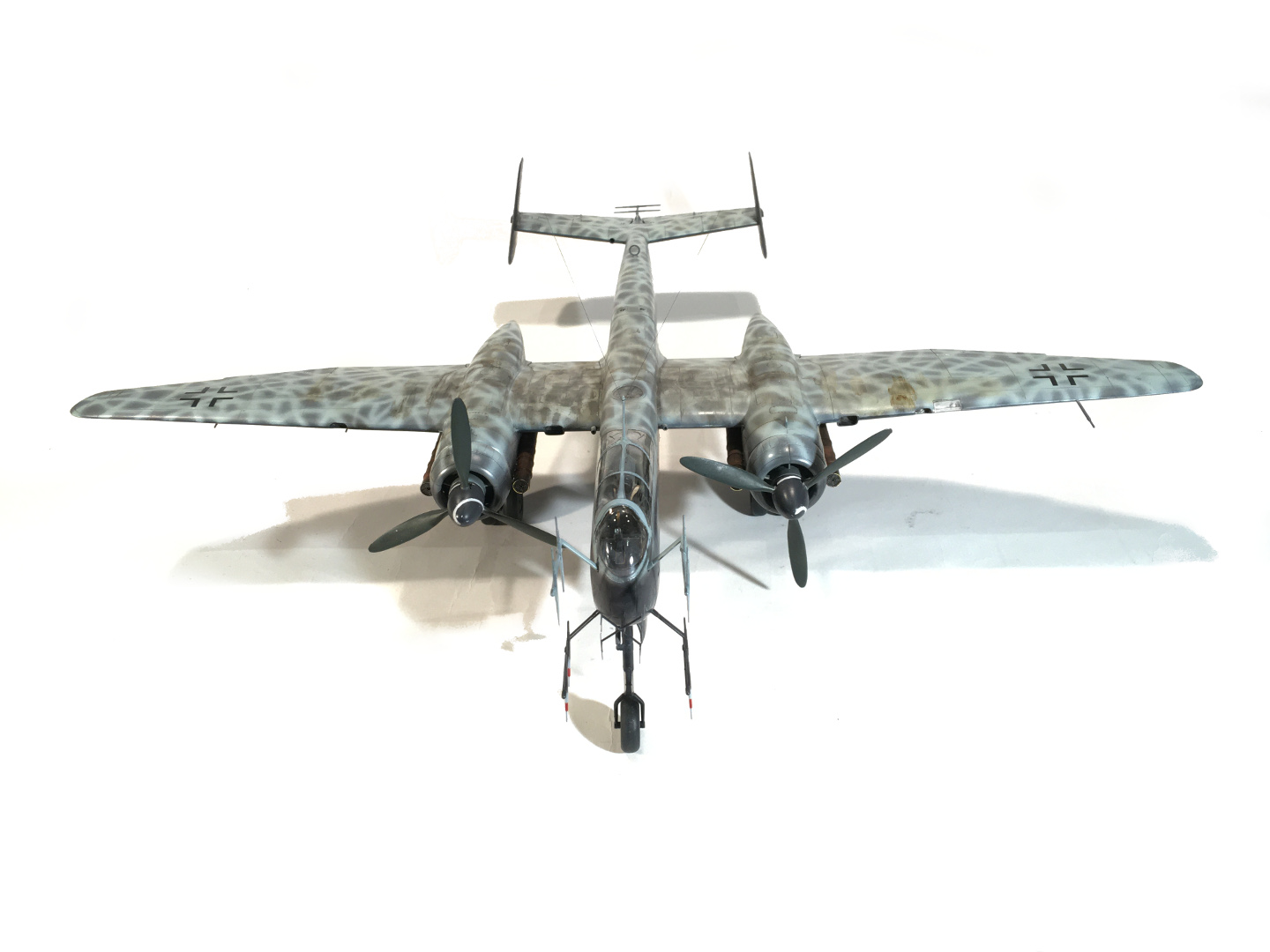 Still, it’s an interesting looking model and something I probably wouldn’t have attempted otherwise. 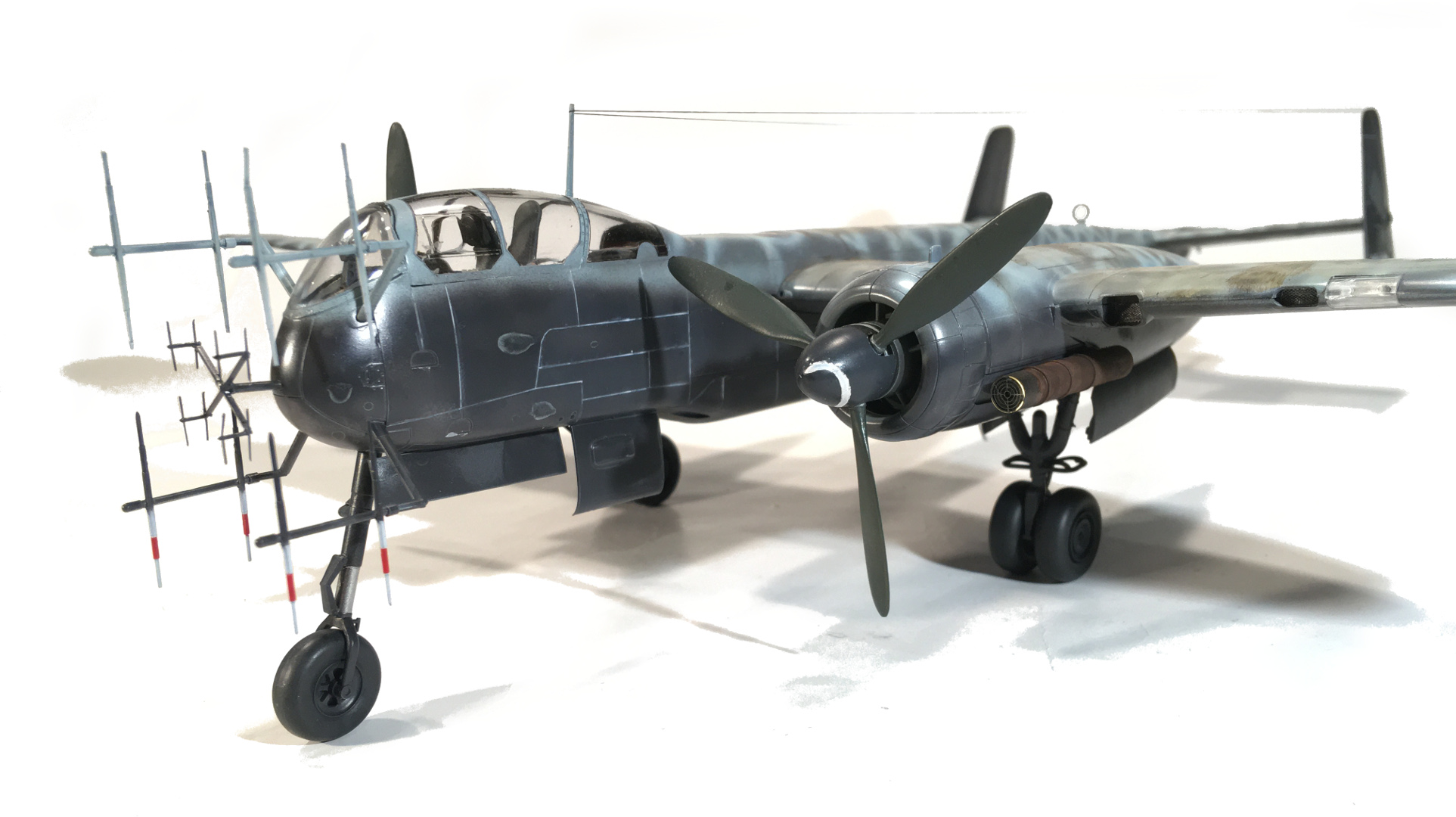 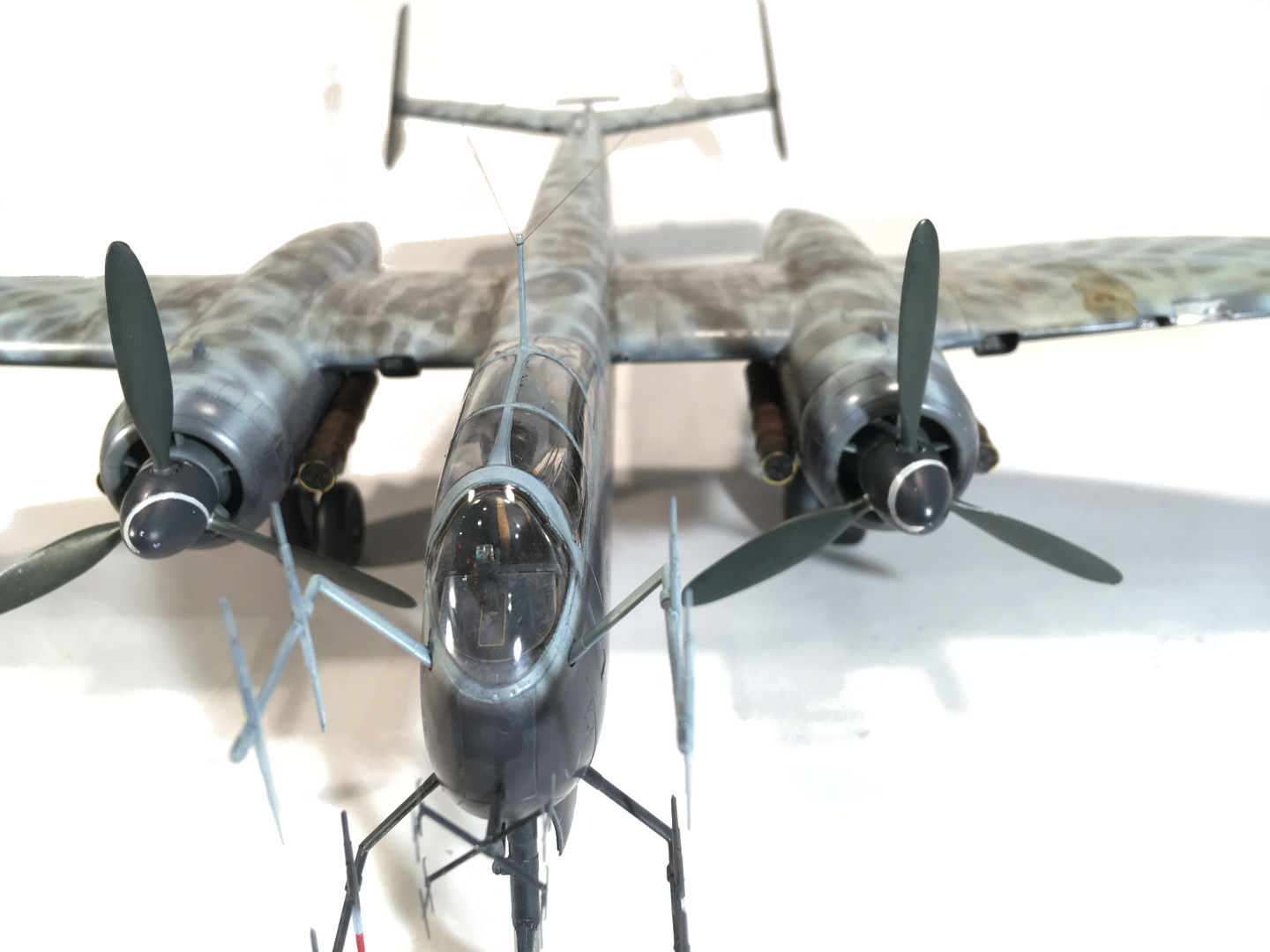 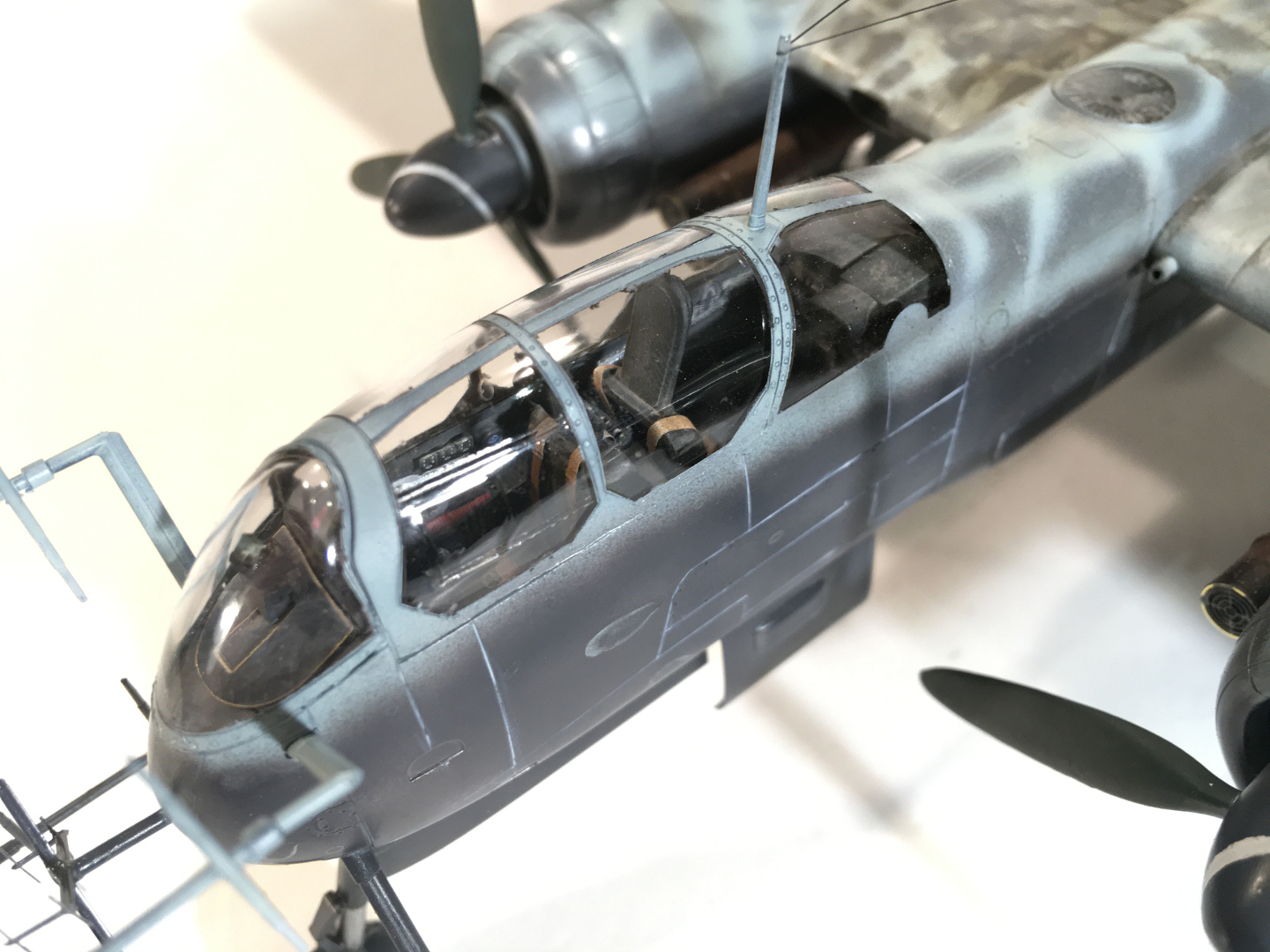 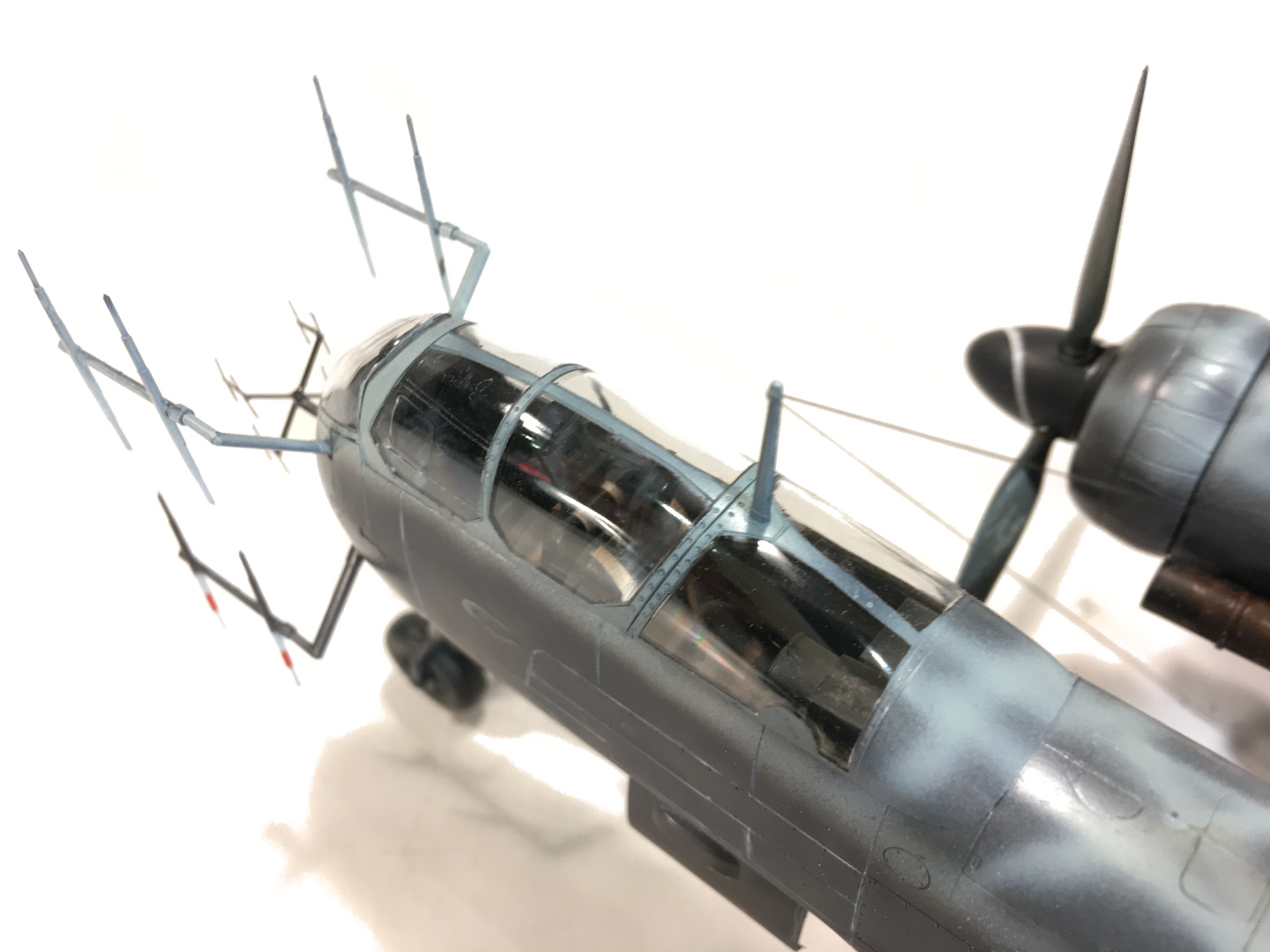 Next article AMK 1/48 MiG-31 build. Despite myself, I loved this kit