Tamiya’s P-38 is what you might expect from one of their 1/48 kits: clever engineering to make a simple, straightforward build that fits almost perfectly.

The P-38 is from the generation of late pre-war fighters, designed for circumstances that didn’t quite match up with the eventual reality.  In this case, it was the “heavy fighter” concept which, like in the Bf 110, turned out to be a little over-specialised. 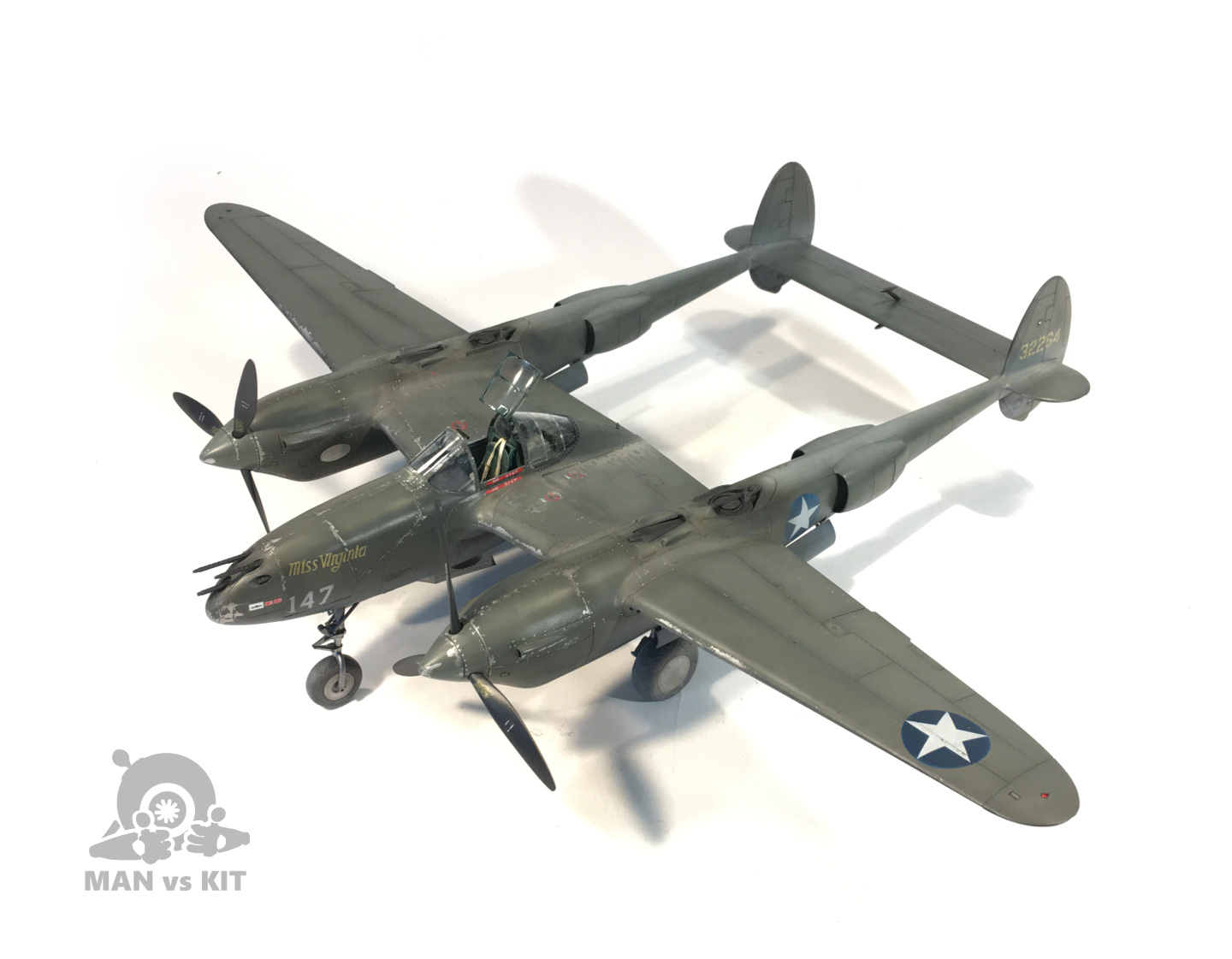 That said, almost every fighter at the time was over-specialised.  The difference was that some did so in ways that became a benefit once in combat.  Consider the Spitfire and Bf 109: both put a powerful engine and armament on the smallest possible fuselage, prioritising manoeuvrability over range.  Or the Zero, which took light-weight performance to its utmost, gaining exceptional range and turning performance at the cost of fragility and survivability. 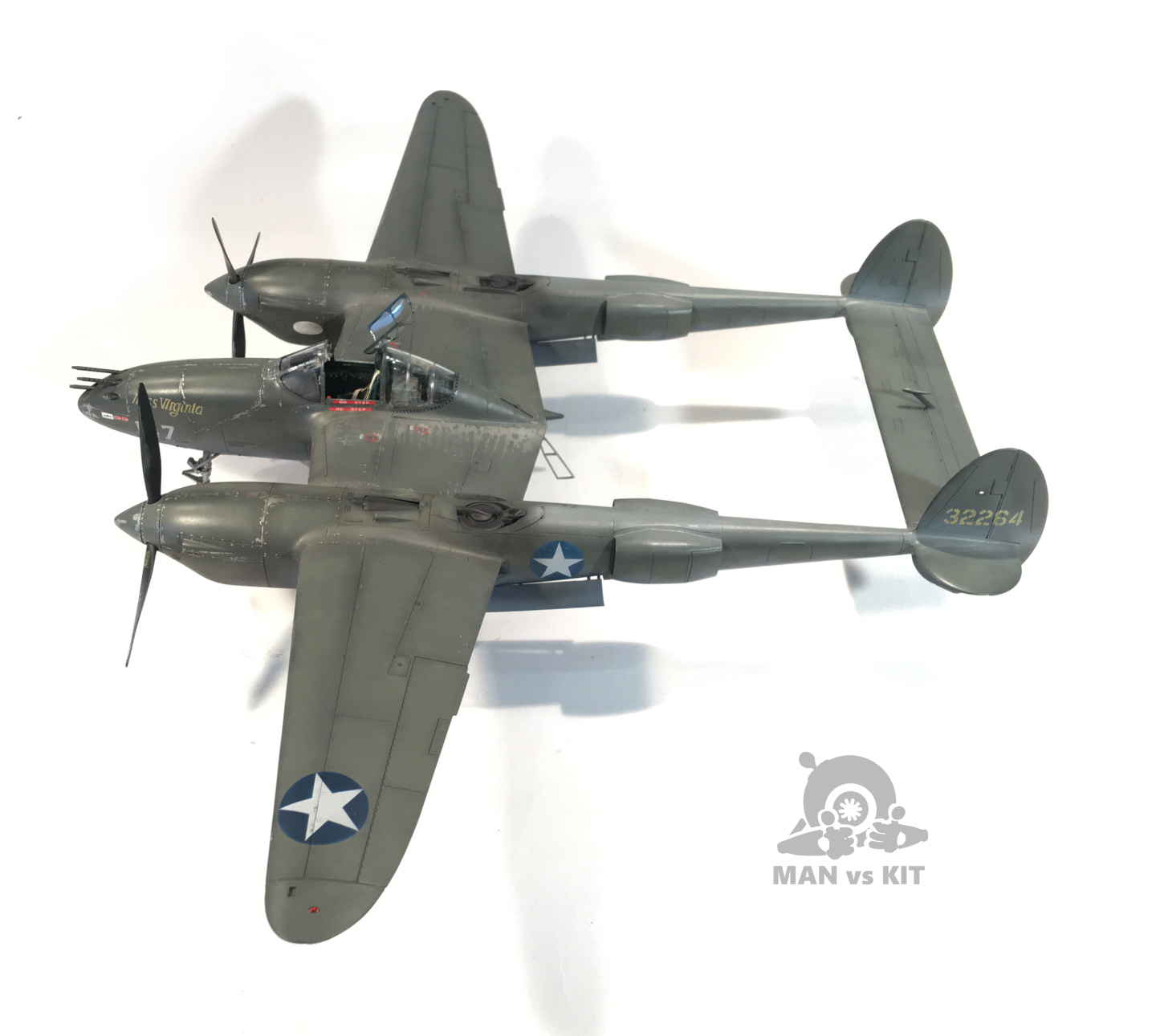 It wasn’t until the next generation of fighters came online that these compromises could start being resolved, and that is largely because the rapid engine development of the time led to far more power from a similar weight and volume.  The P-51, Fw 190, and Tempest are all good examples of this. 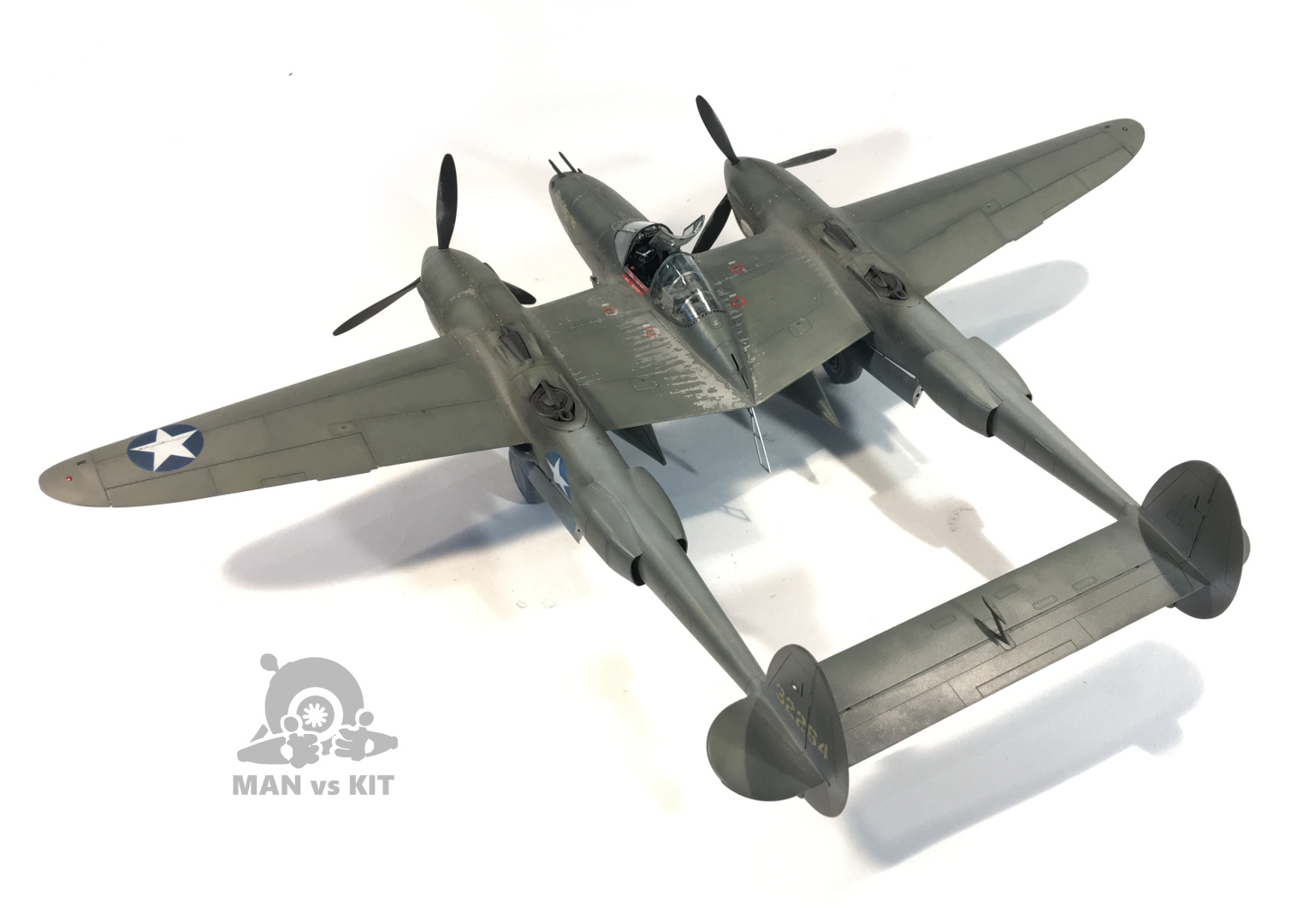 In the case of the P-38, the two Allison engines gave a high top speed for its time but the design was unable to sustain high speed turns.  As such it was relatively unsuccessful in Europe where it had to contend with strong fighter opposition, though even this varied with usage.  It seems the engines struggled in the cold, which made it unsuitable for long-range bomber escort missions.  Meanwhile it had much more success in the Mediterranean where fighter opposition was more limited.  However the type enjoyed great success in the Pacific with its extreme range and heavy armament. 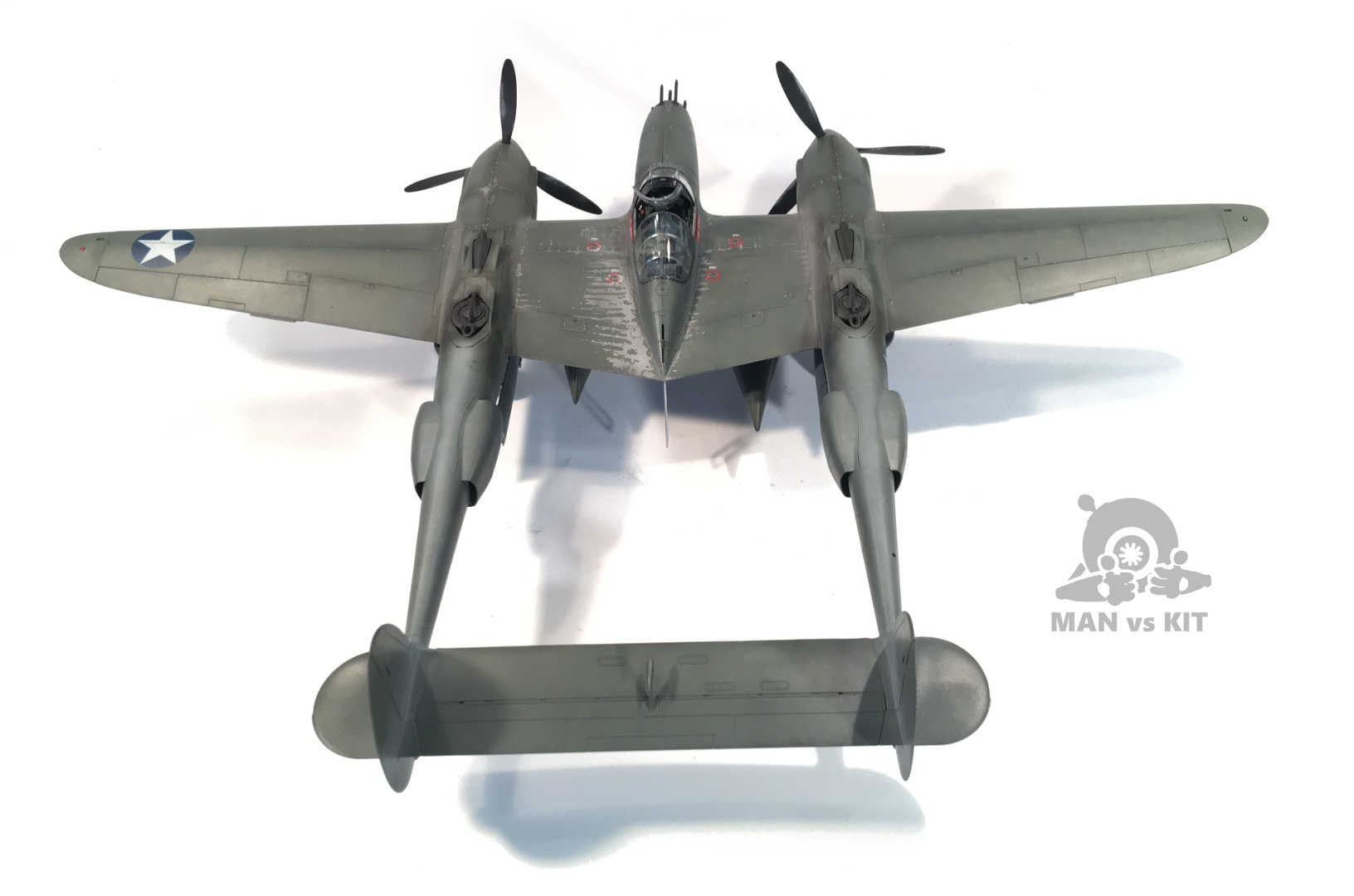 The example I have made is a P-38F, which is an early wartime model, from 1943.  This particular example is one of the aircraft which intercepted Admiral Yamamoto’s aircraft, a mission where the type made great use of its range and firepower. 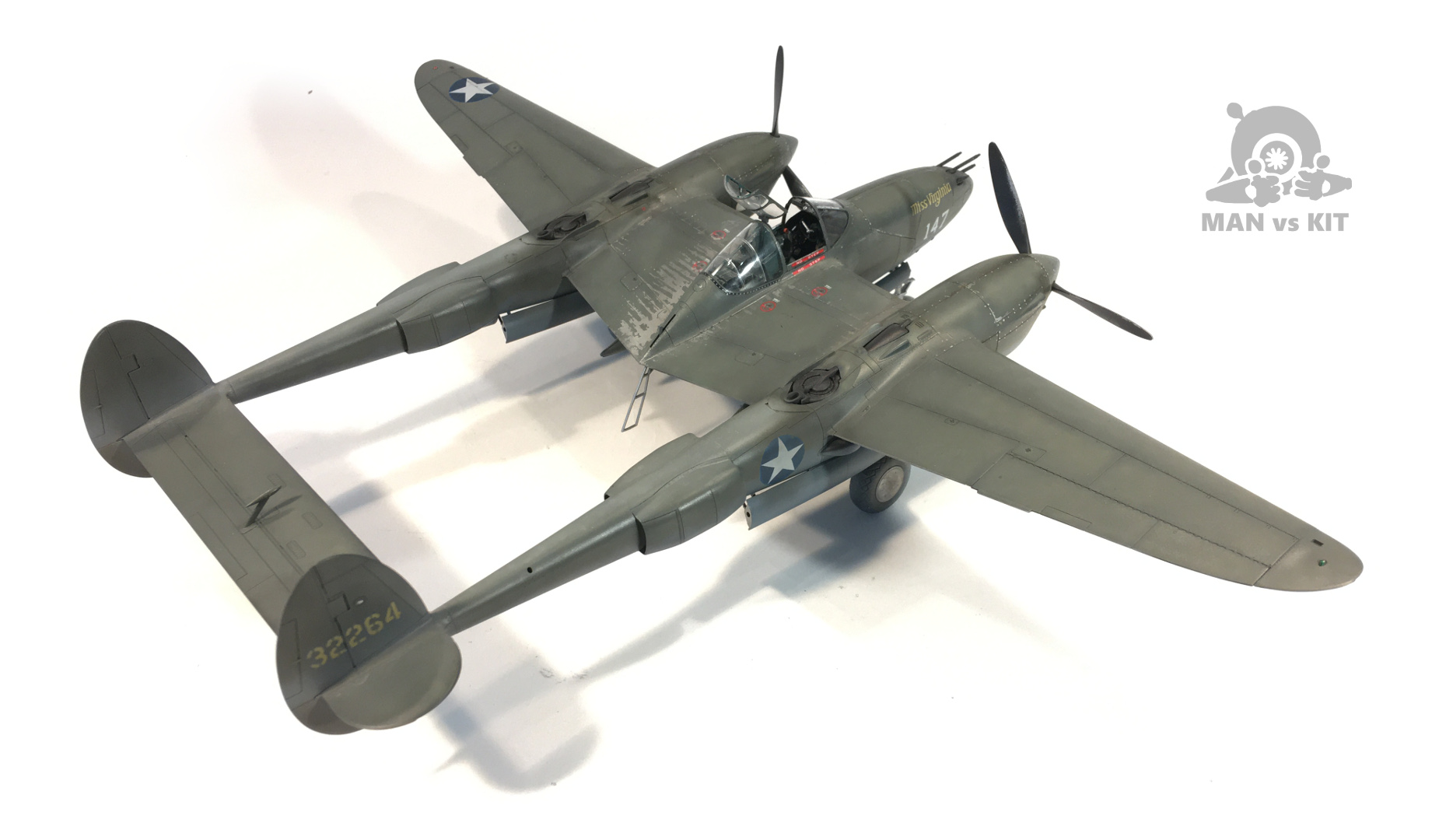 This kit is everything you would expect from a recent Tamiya 1/48 release: it fits beautifully, is engineered to go together with the greatest of ease, and the tradeoff is fewer exposed parts or options compared to Tamiya’s 1/32 kits or some other manufacturers in 1/48. 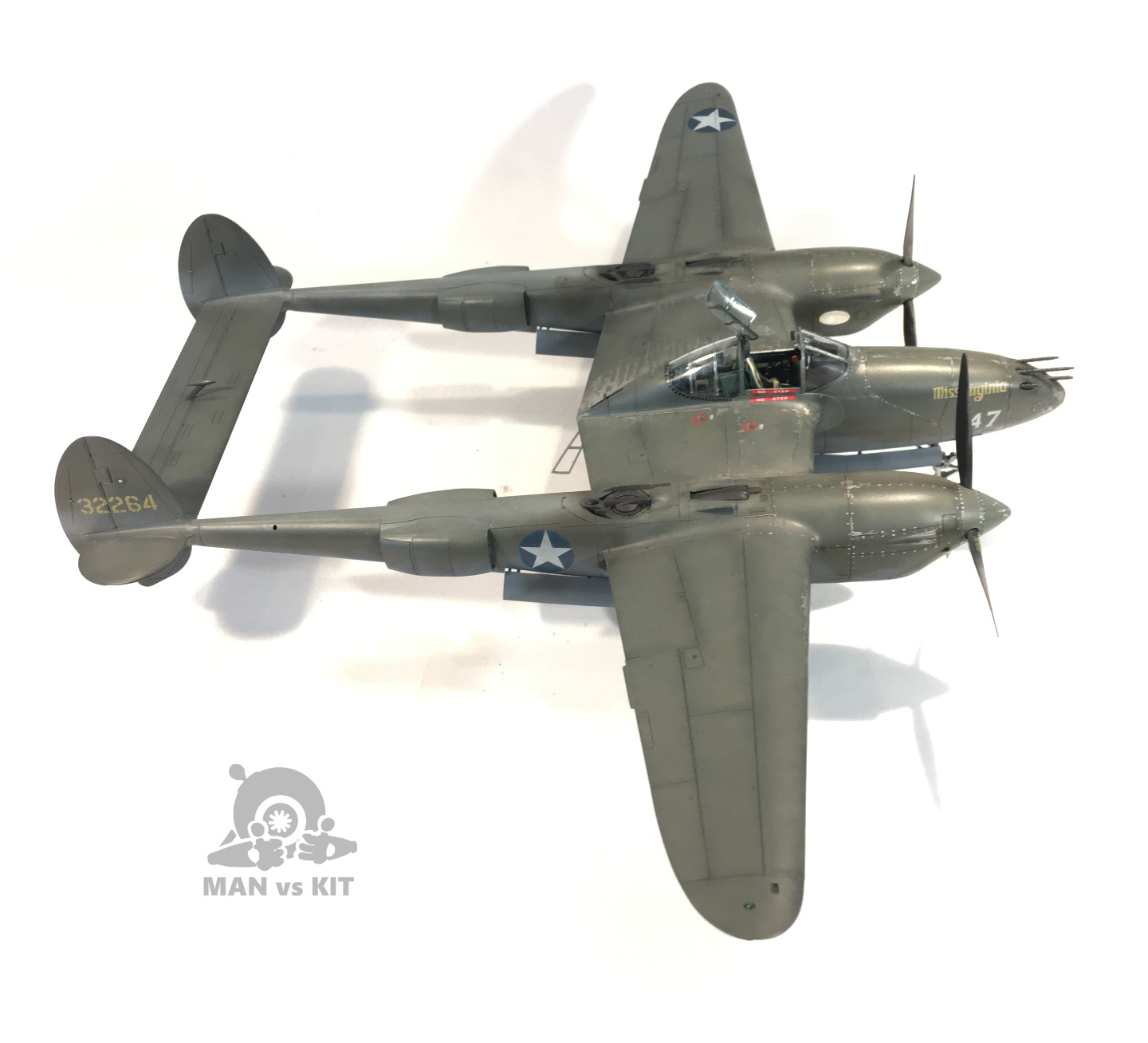 There is only one area that I felt a bit disappointed in, and that was the armament.  The P-38 carries four guns and a cannon clustered in the nose, and Tamiya represents this with the barrels protruding from a star-shaped piece that sits inside the nose.  The problem being that the guns had drilled jackets which are only represented by decals.

I opted to replace the barrels with Master turned metal ones which feature the drilled jackets, and this choice simultaneously provides a nice bit of extra detail, but also shows why Tamiya chose their approach.

If you use the kit part, it slots in, fits perfectly, and you’re done.  Super simple, effective, solid.  The replacement barrels were anything but, because you have to get them all aligned perfectly relative to one another and the aircraft.  I know I have one slightly off, it really bugs me, and if I were to build another of these I would just use the kit part and be done with it.  Yes, there are people who will enjoy this challenge (and you’ll know who they are because they’ll tell you), but there are far more for whom this slight simplification will be an aid to a lovely build. 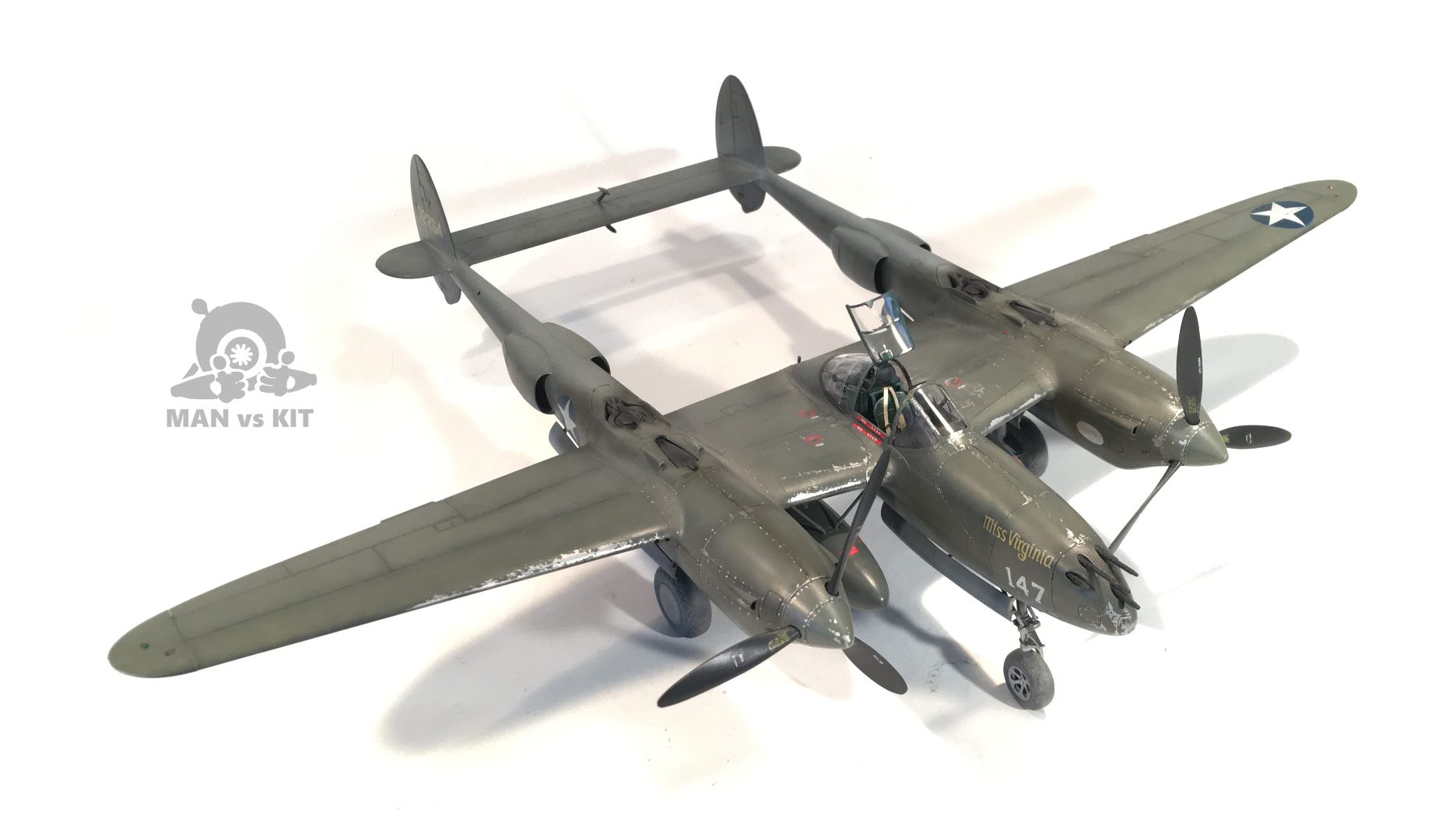 Other than that, I had no disagreements with the kit.  I have heard people say the wheels can be replaced (which might just be because it’s easier than fixing a tyre seam), but I used the kit ones and they seemed fine.

The engineering of this kit is stunning and is mostly spent on details that are visible.

The cockpit is nicely detailed and shows off the aircraft’s unusual structure and control layout.  The wheel wells include a lot of ducting detail, all of which fits together very nicely and easily.  The P-38 wheel bays sit right behind the engines and under the superchargers, so there is a lot of plumbing and some radiators which look like their job is to keep the gear warm.

The superchargers themselves are fantastic: multi-part assemblies that fit perfectly, with every part keyed so you can’t get the two sides confused.  Likewise the attachment between the booms and the wings is solid and effective. 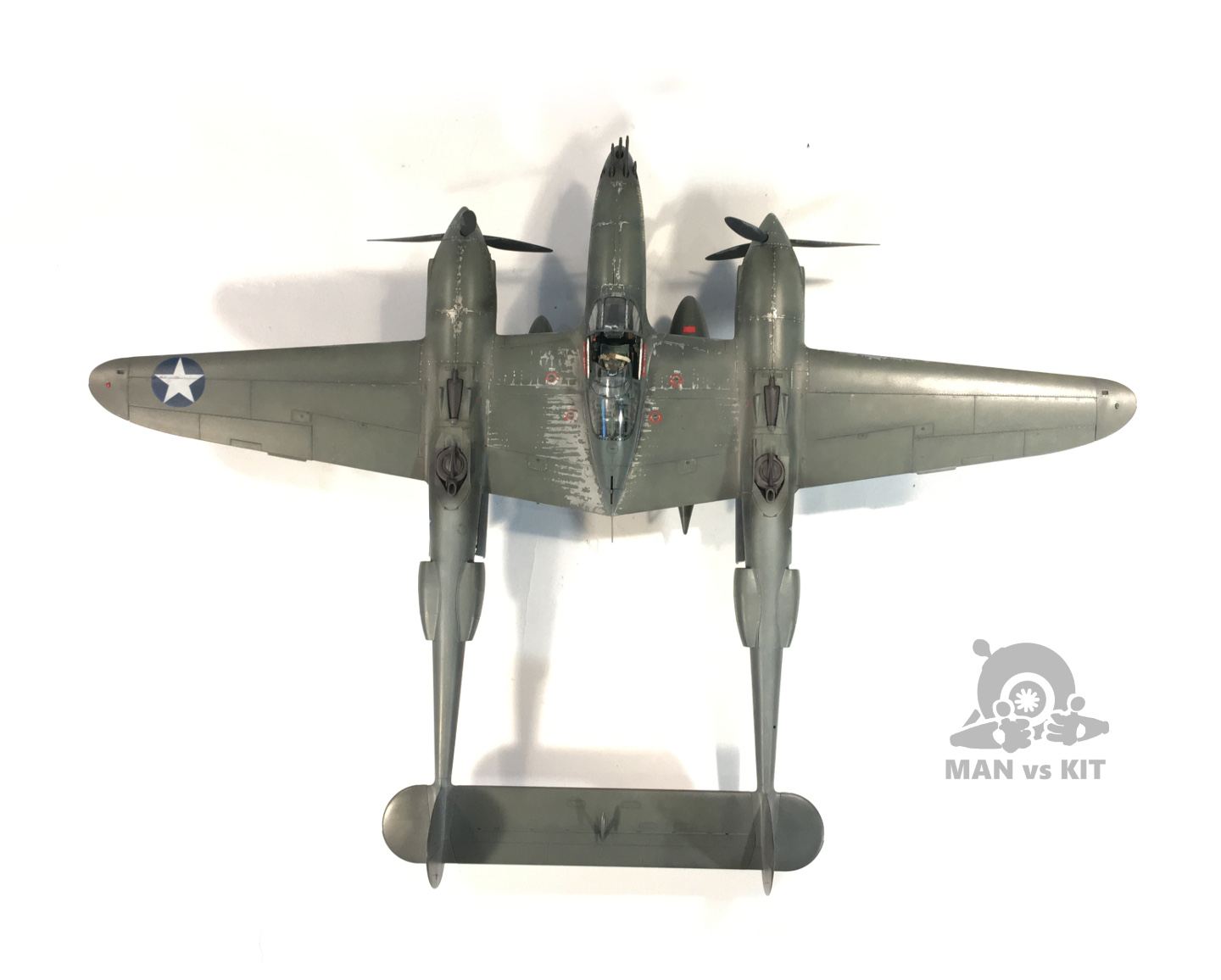 This kit is just fantastic and if you have even a passing interest in the P-38, do yourself a favour and build one. 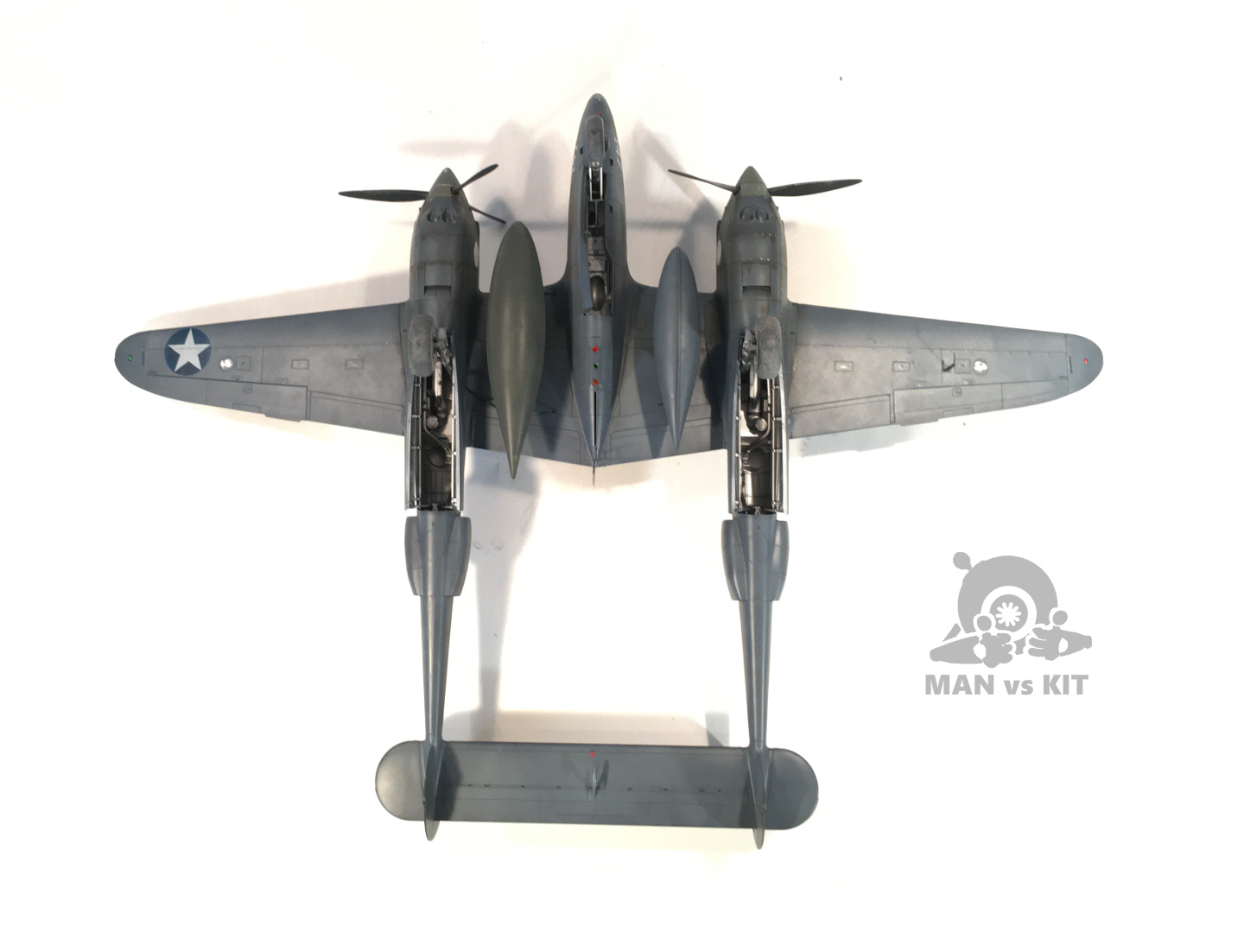 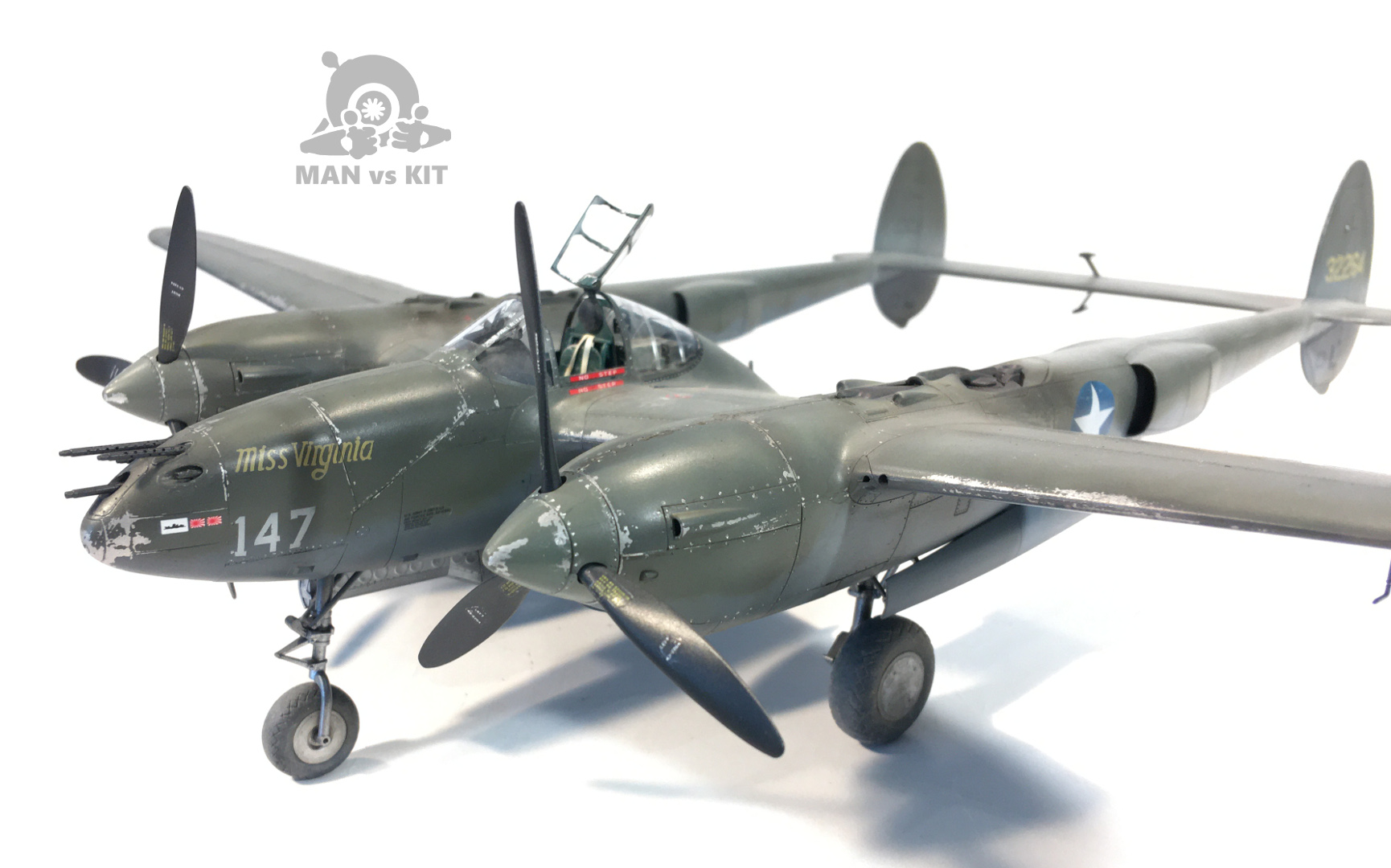 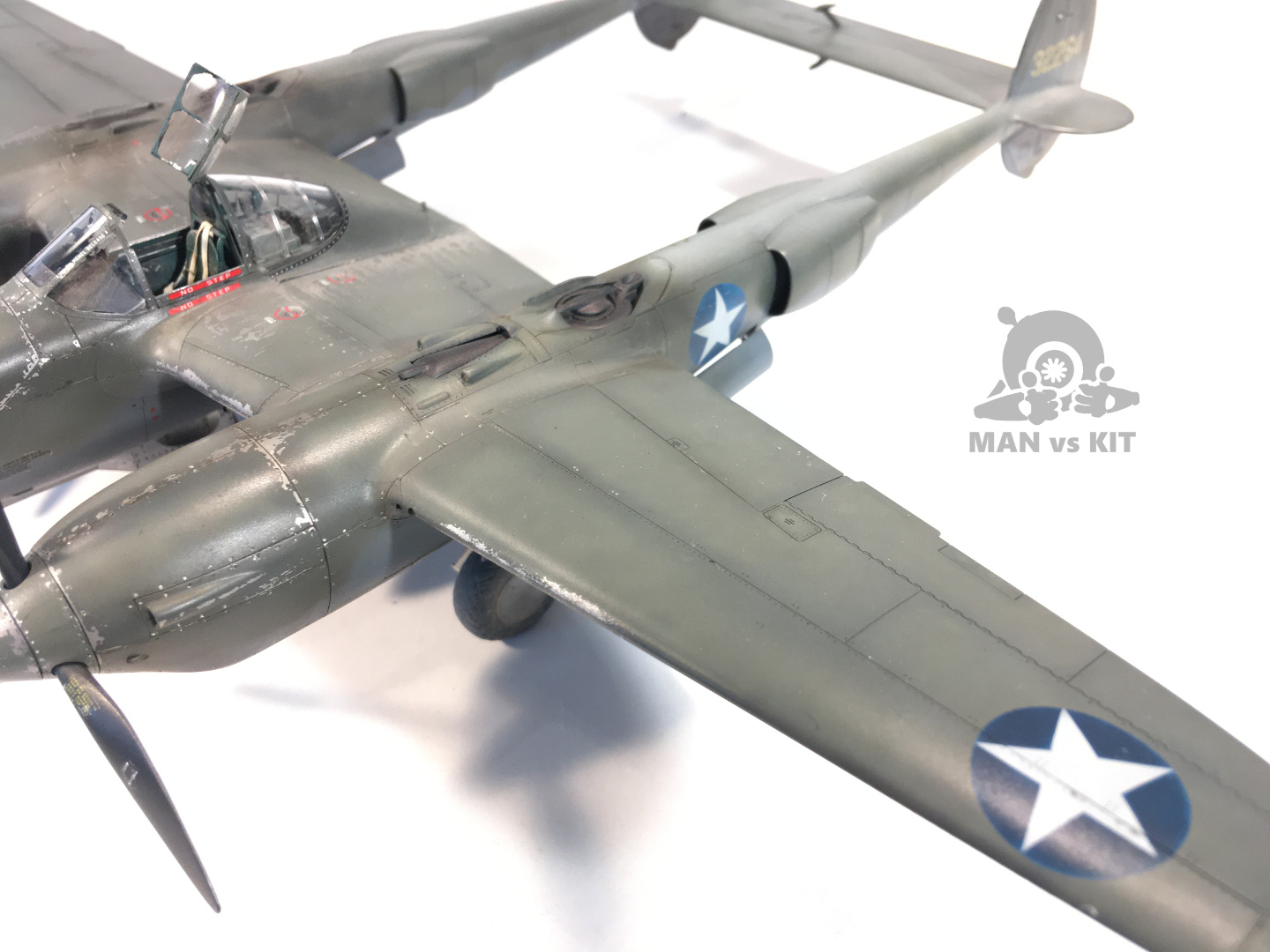 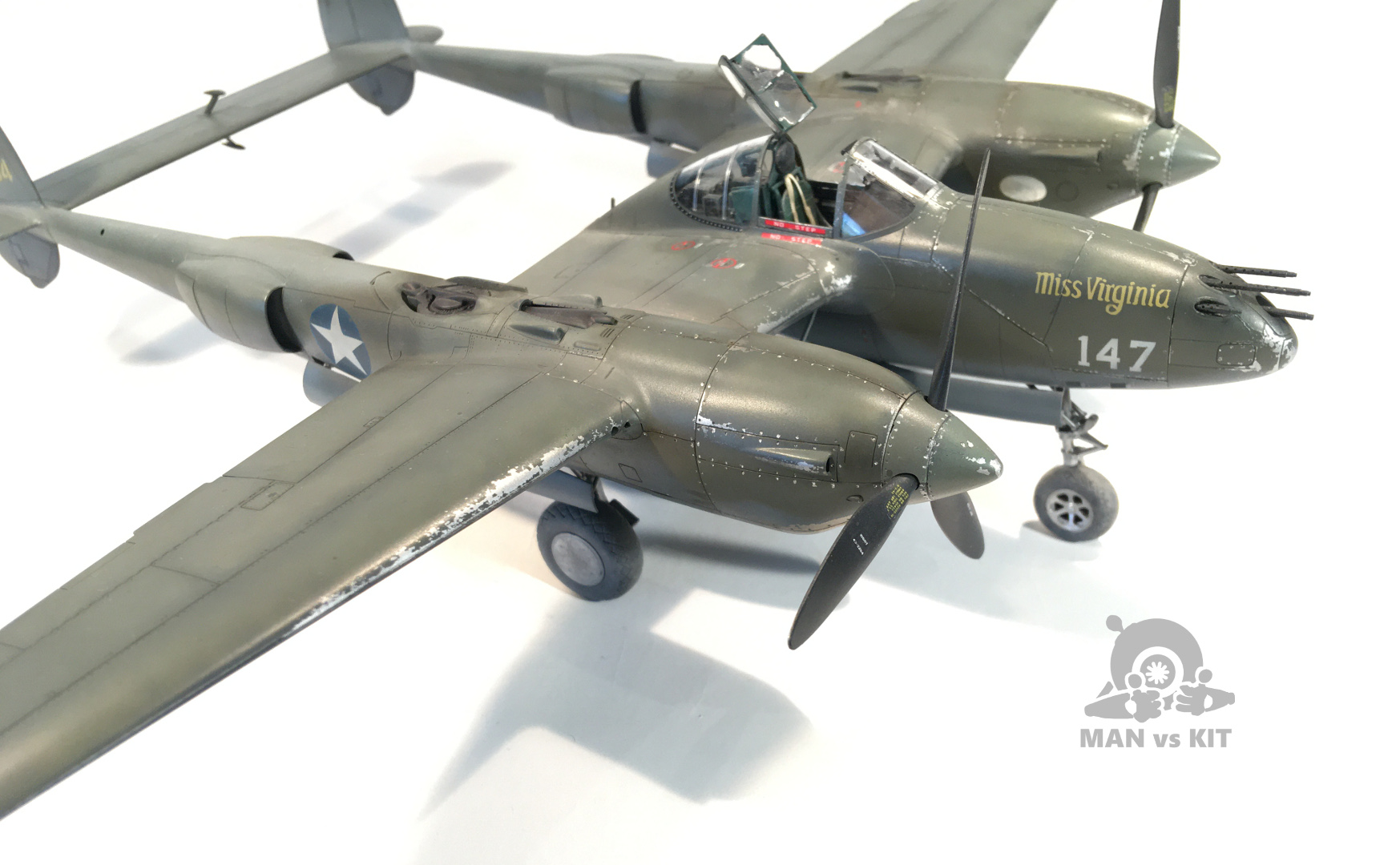 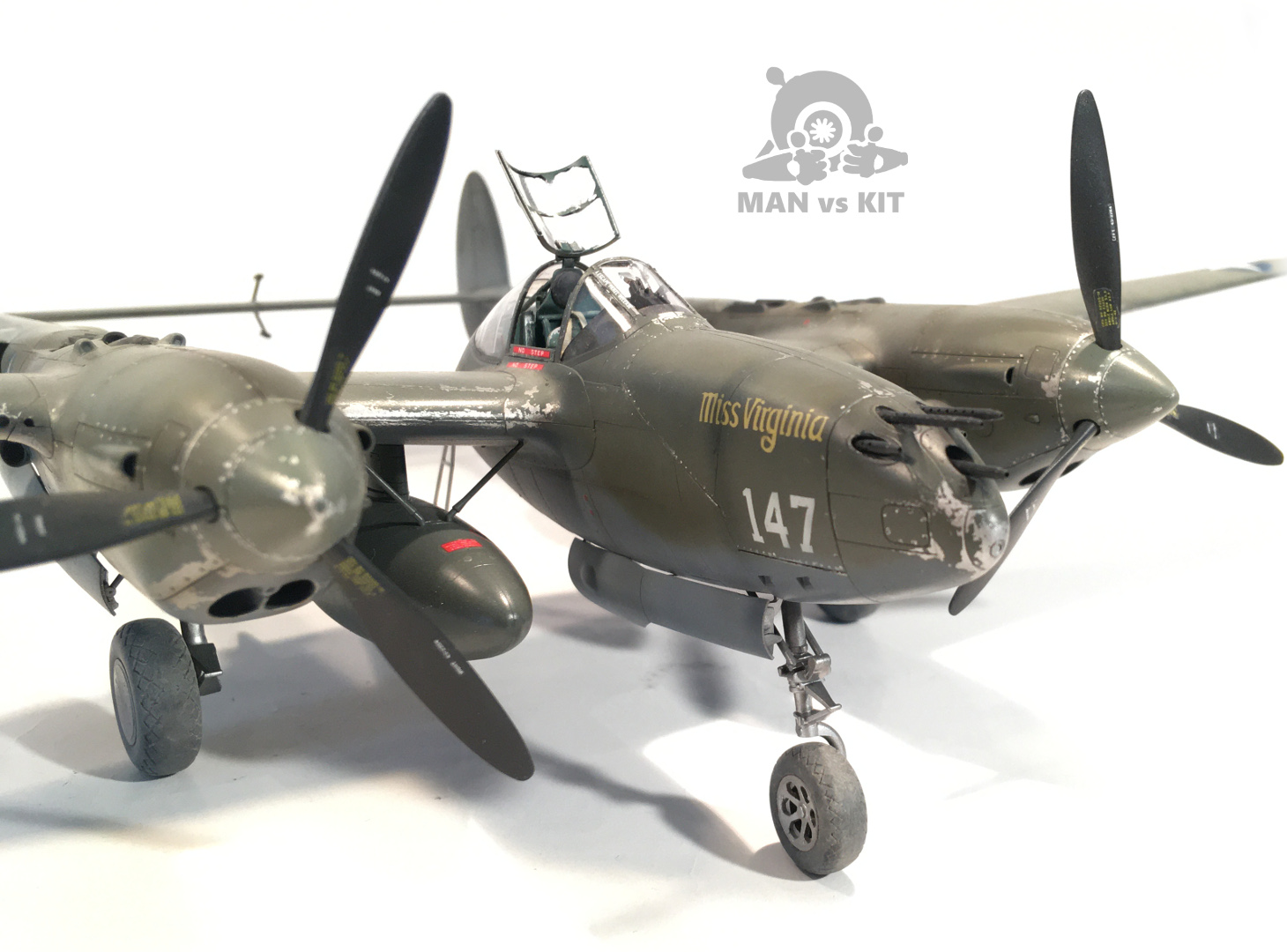 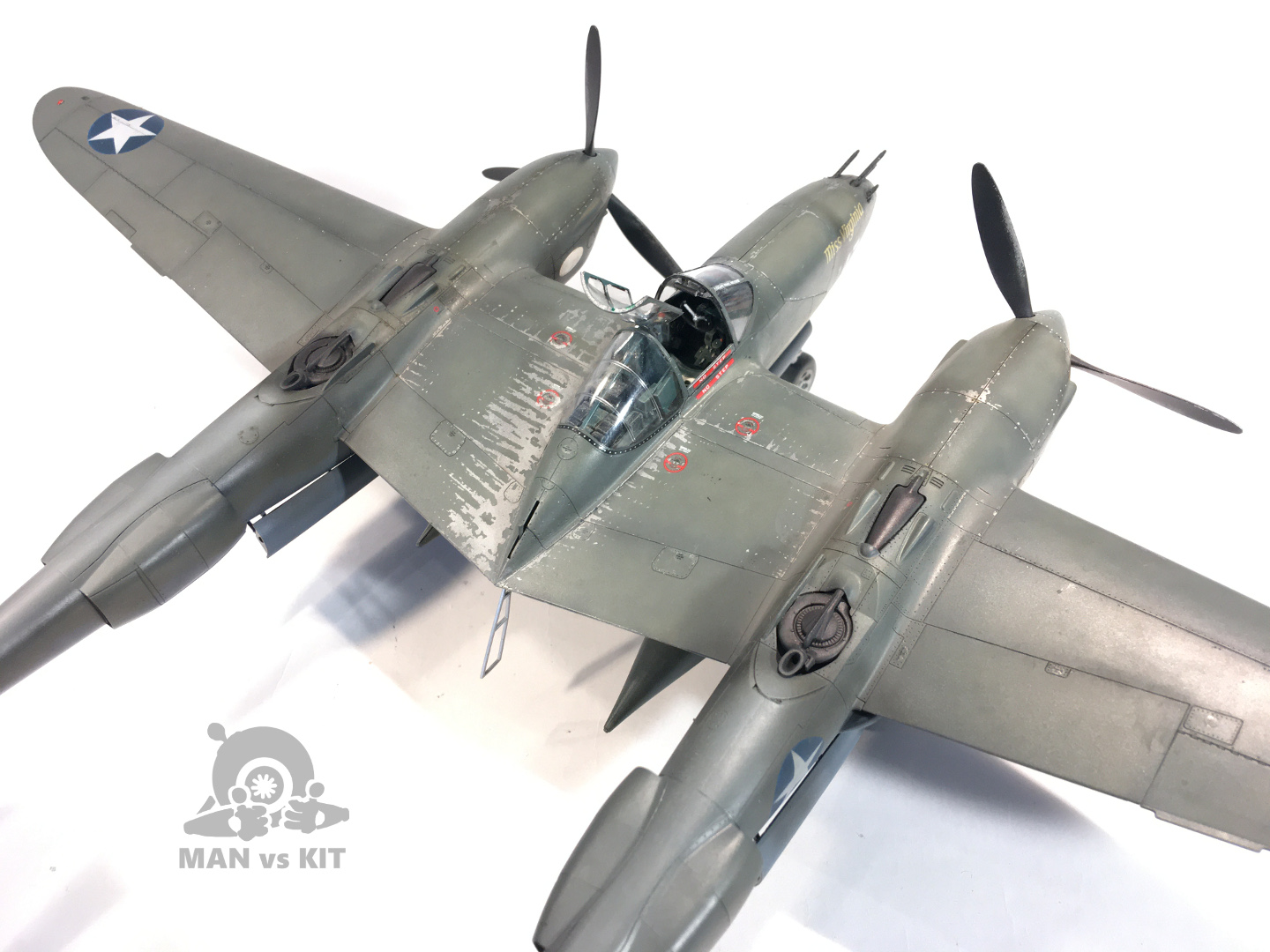 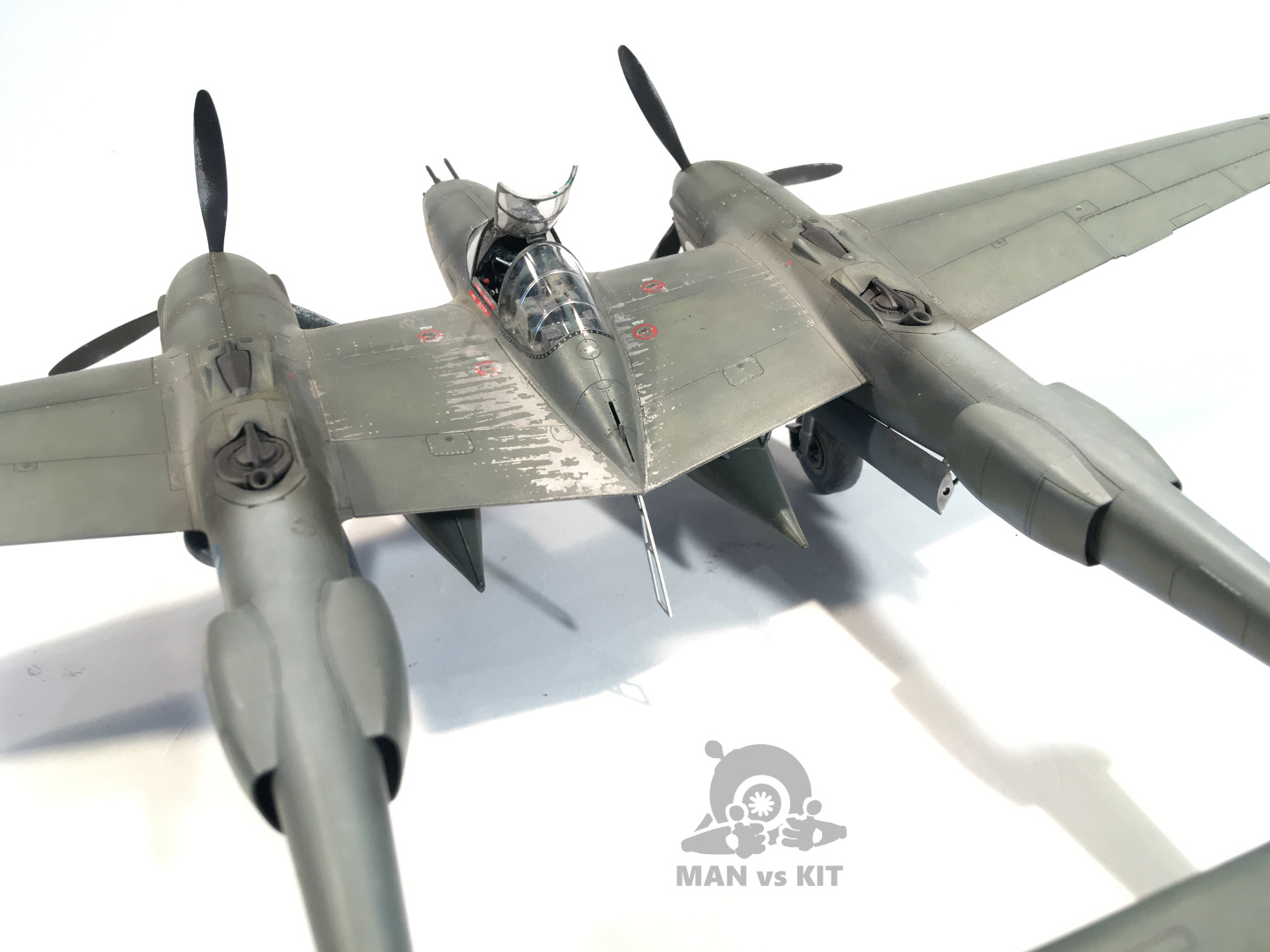 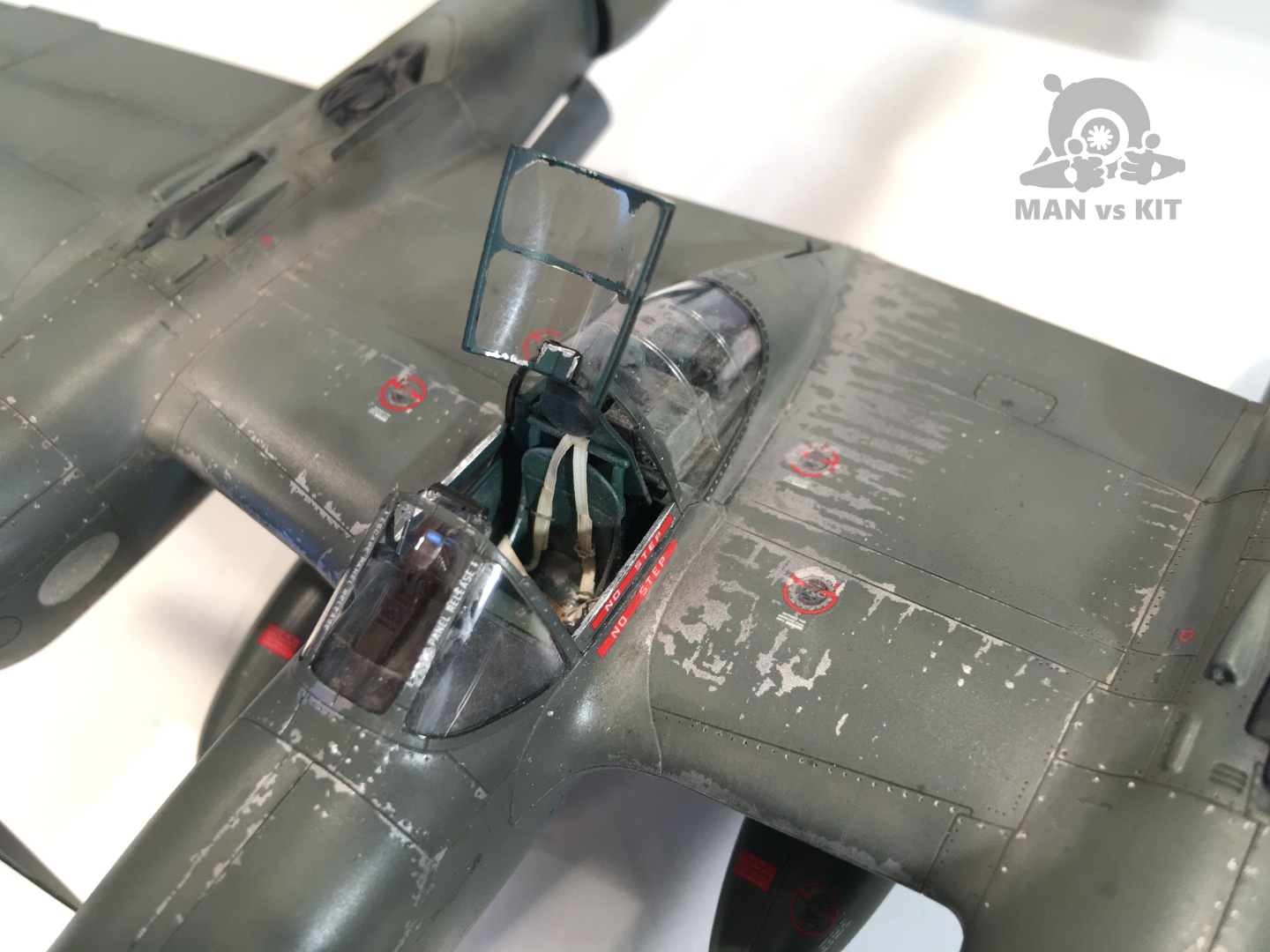 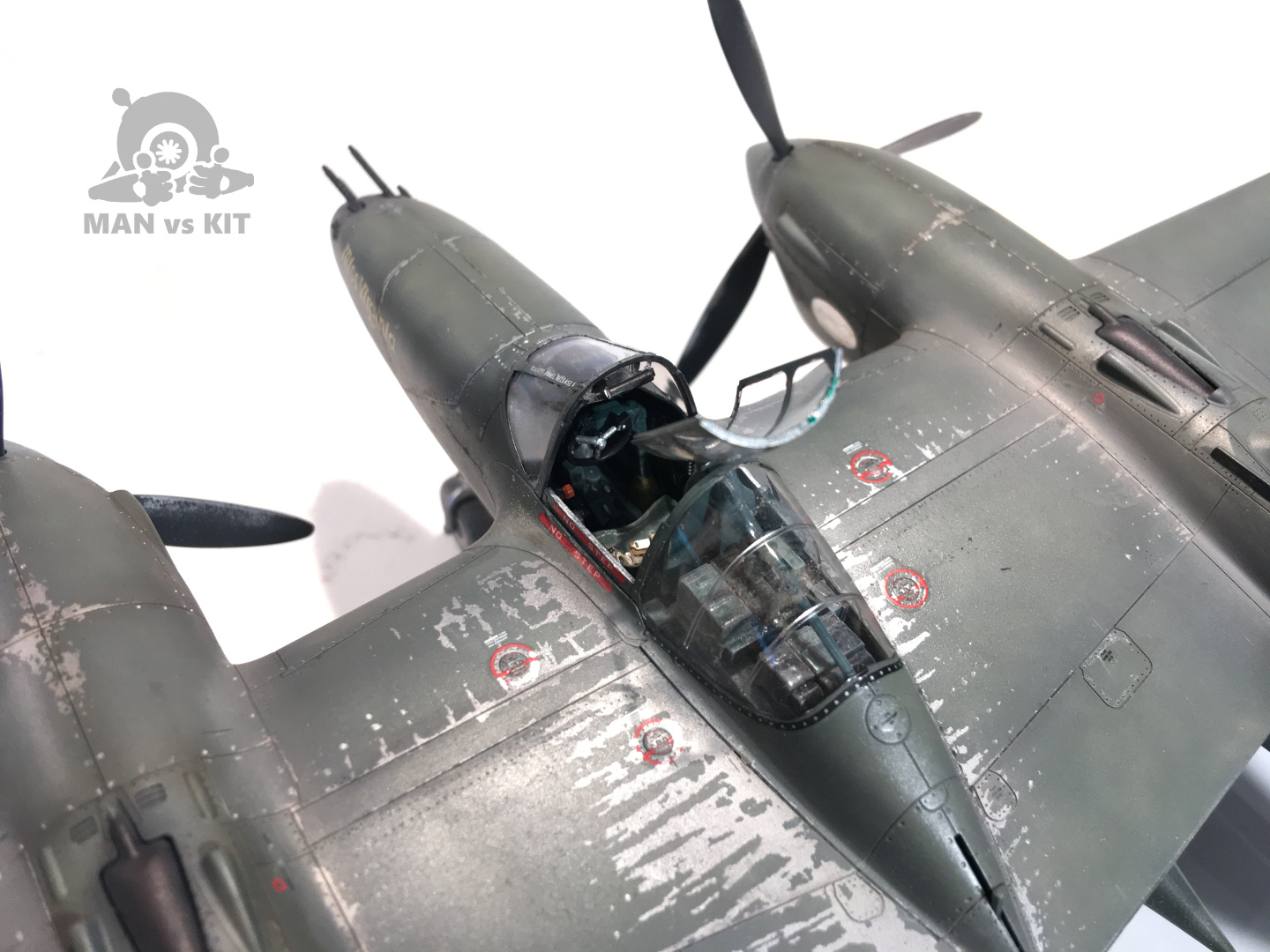 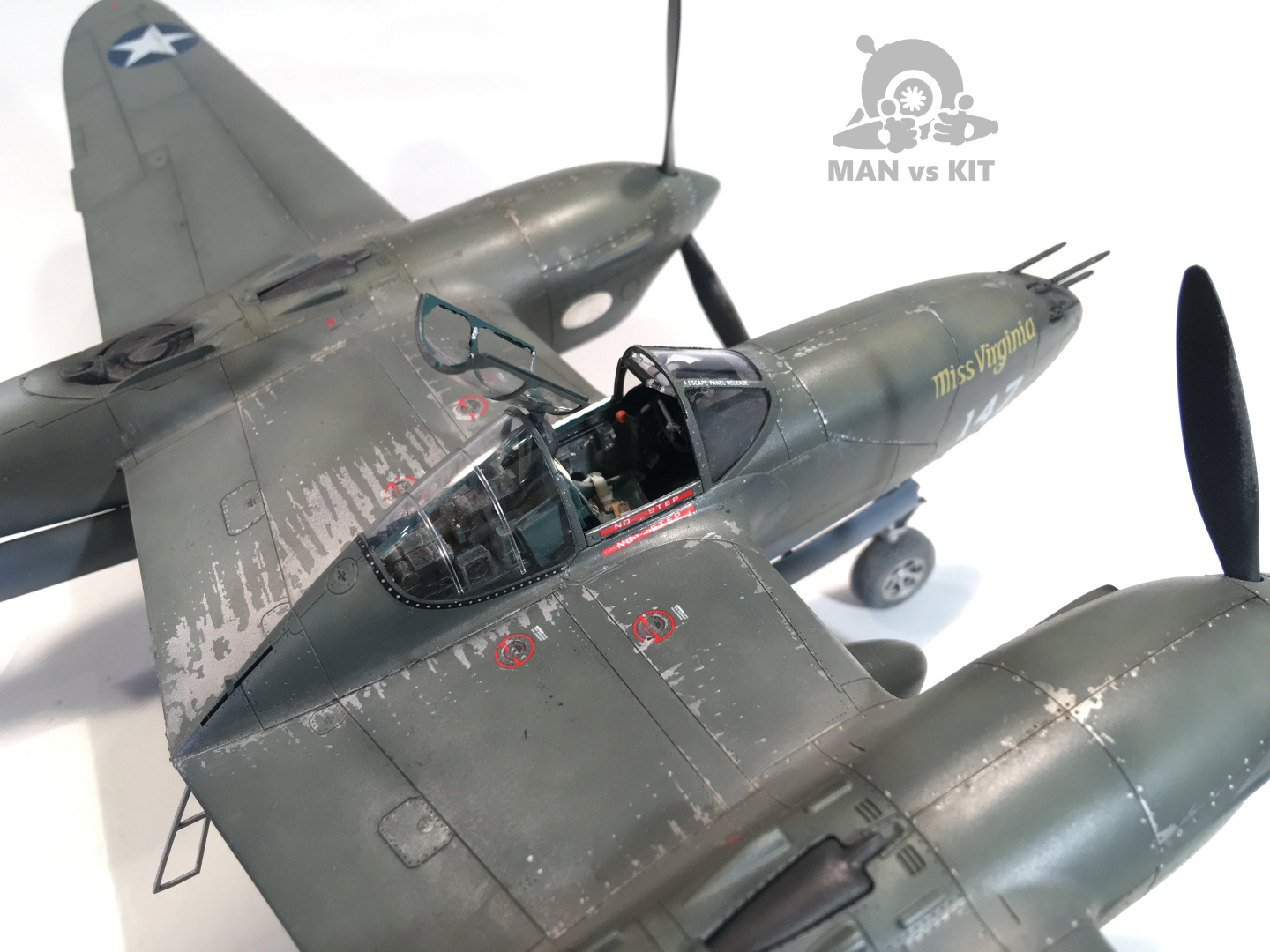 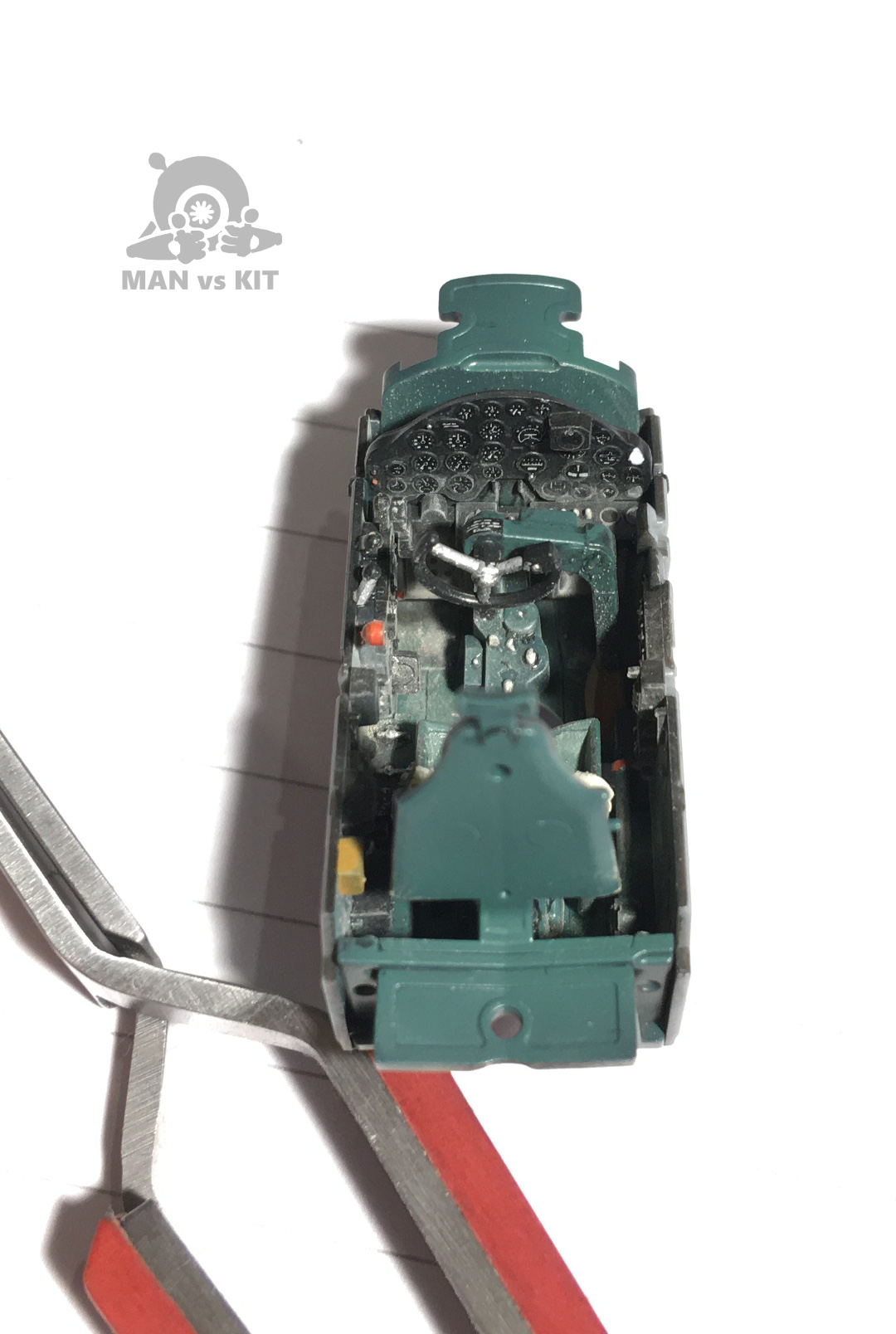 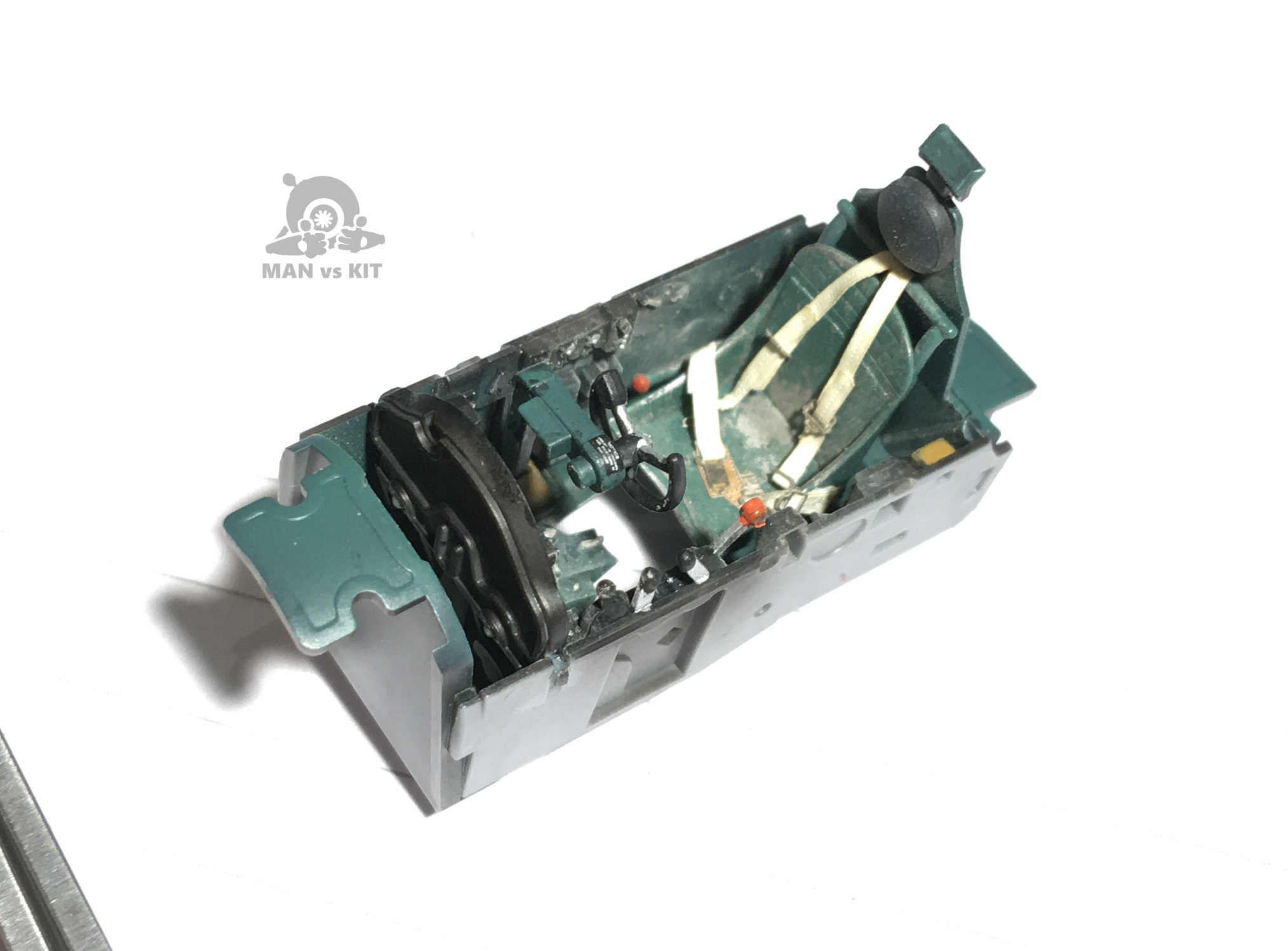 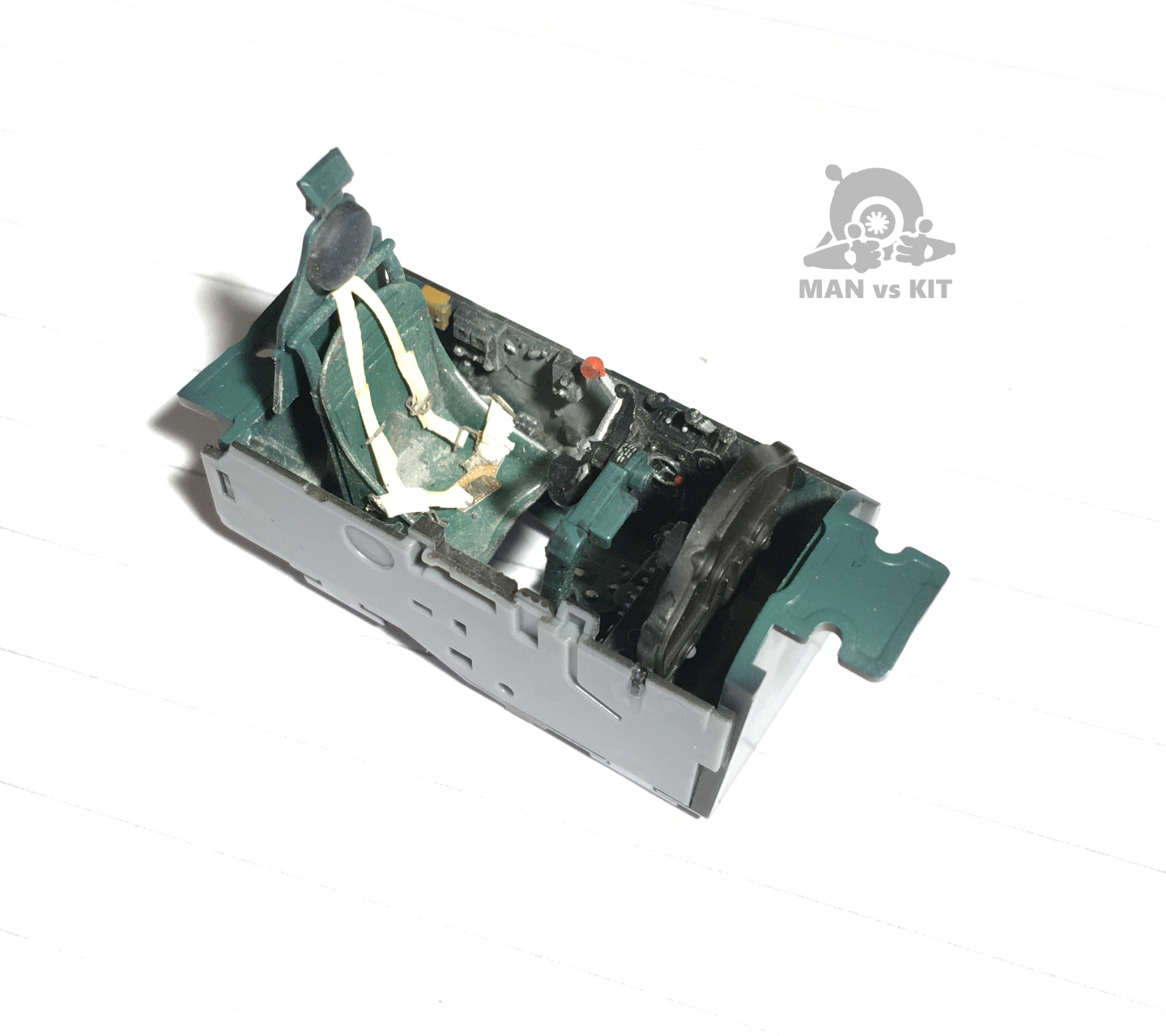 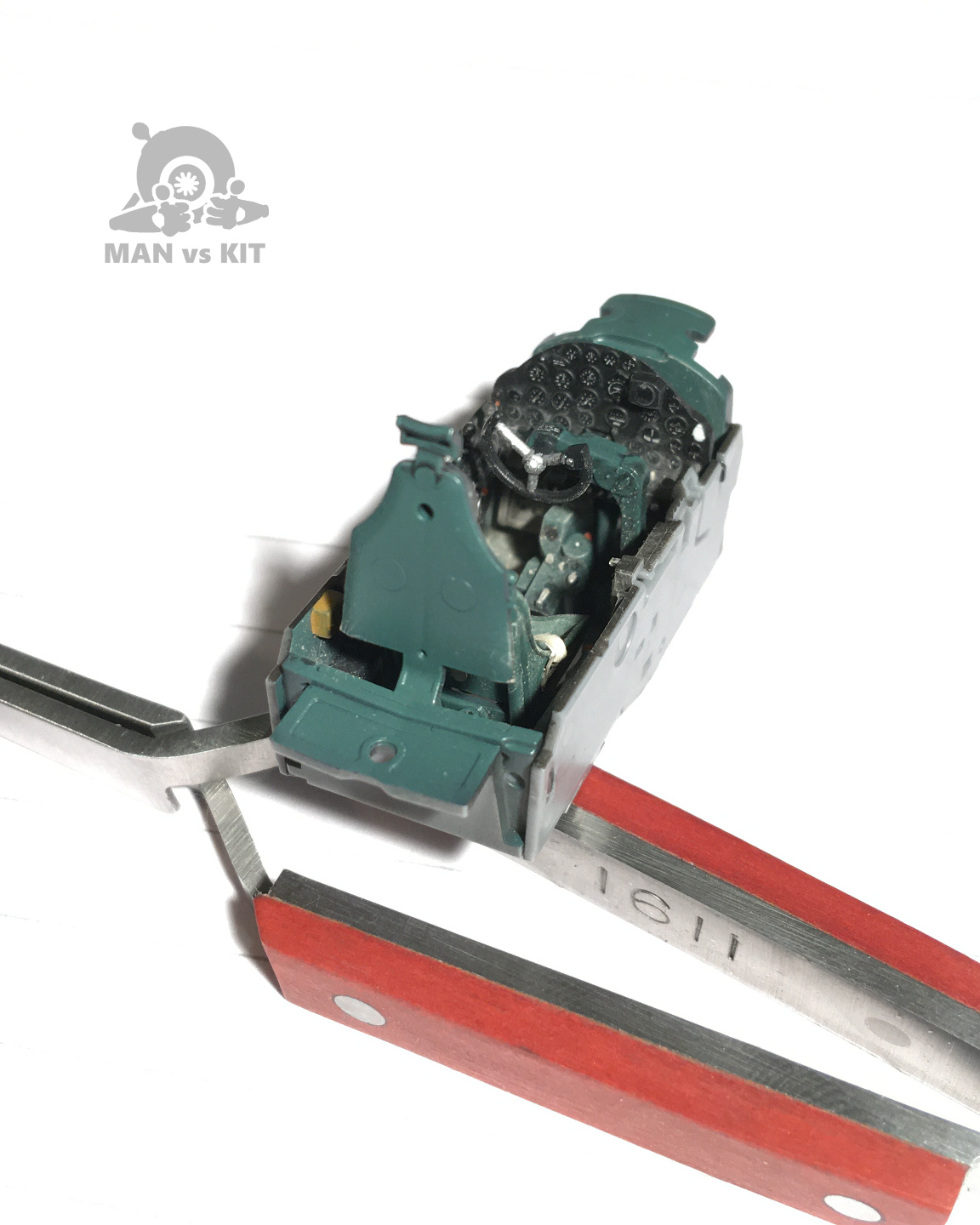