Nice little kit of a 1980’s Warsaw Pact mainstay.  No major headaches, though it is fiddly in places.

The MiG-23 was conceived to fill a similar role as the F-4 Phantom: a fighter that would have longer range than its predecessors and be focused around beyond-visual-range air-to-air combat.  It also needed to fit Soviet Frontal Aviation’s requirement for excellent short-field performance which meant overall weight had to be limited. 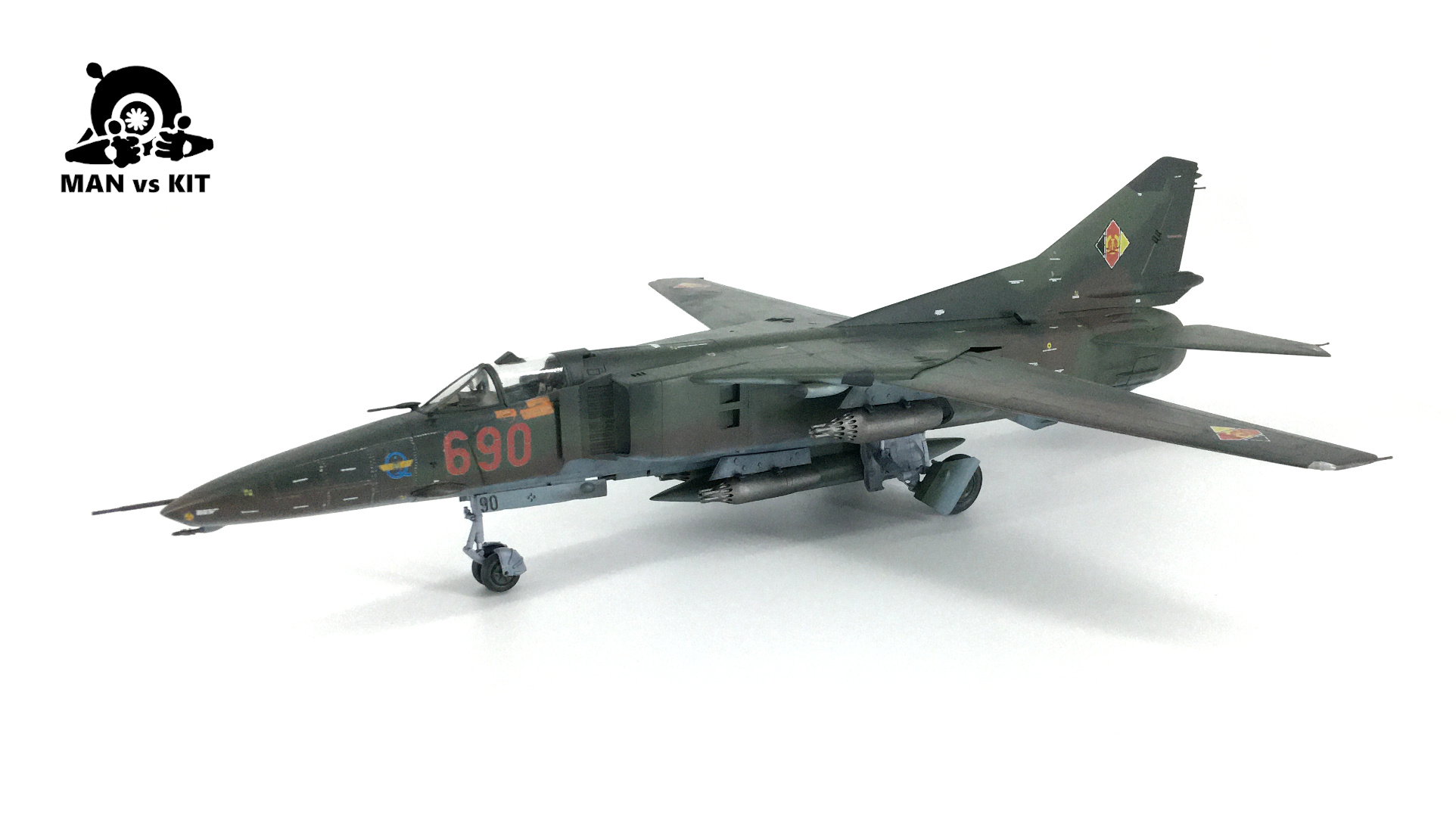 The result was a relatively small fighter with a variable-geometry wing and a big engine.  Turmanski’s R-29 had excellent power and responsiveness, producing a fighter whose Mach 2.4 top speed was limited not by the engine performance but structural concerns.  Like the F-4, it appeared the ideal platform to carry the new missiles.

While the new aircraft did what had been asked of it, once in service its users realised that wasn’t actually what they needed after all.  In particular, while its concept required high-speed interceptions of high-flying bombers with missiles, training and actual combat evaluations highlighted the requirement to dogfight, and this was an area where the MiG-23 fell short.  Manoeuvre fighting had not been a requirement and had even been seen as an area that could safely be compromised to gain performance elsewhere in the flight envelope.  Not only did the plane struggle to maintain high-G turns, but it was not structurally capable of doing so and several aircraft developed alarming structural failures.  This led to the redesigned MiG-23ML series which significantly addressed these issues. 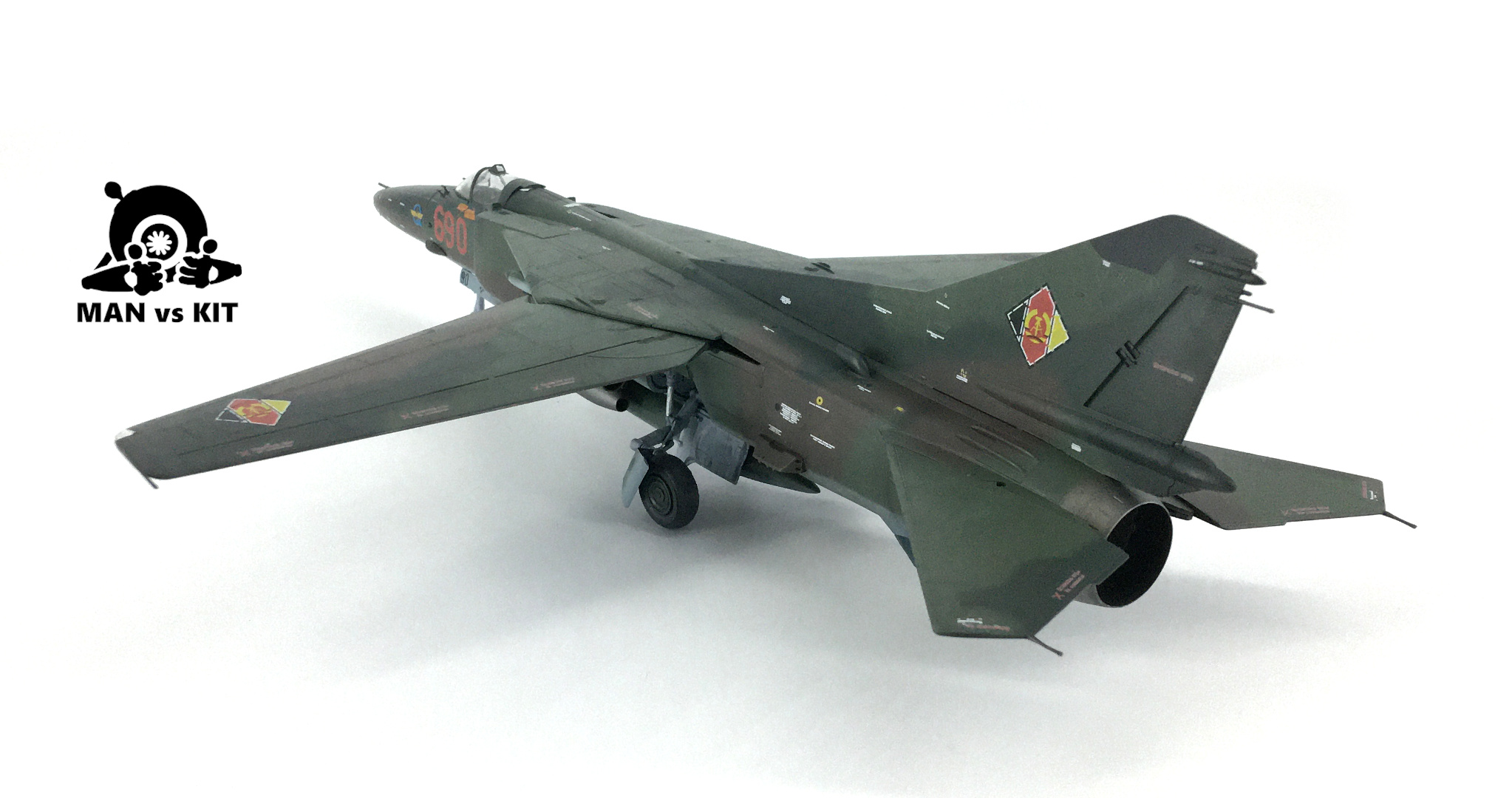 This model represents the other branch of MiG-23 development, as a ground-attack aircraft.  A new attack plane was requested in the late 1960s and the MiG-23 looked to offer a simple conversion.  The most obvious change is the nose, where the conical radar nose was replaced by a wedge-shaped nose reminiscent of the SEPECAT Jaguar, which contained a laser rangefinder for the bomb and rocket sight.  This had a few evolutions and export models, with the final version becoming the MiG-27. 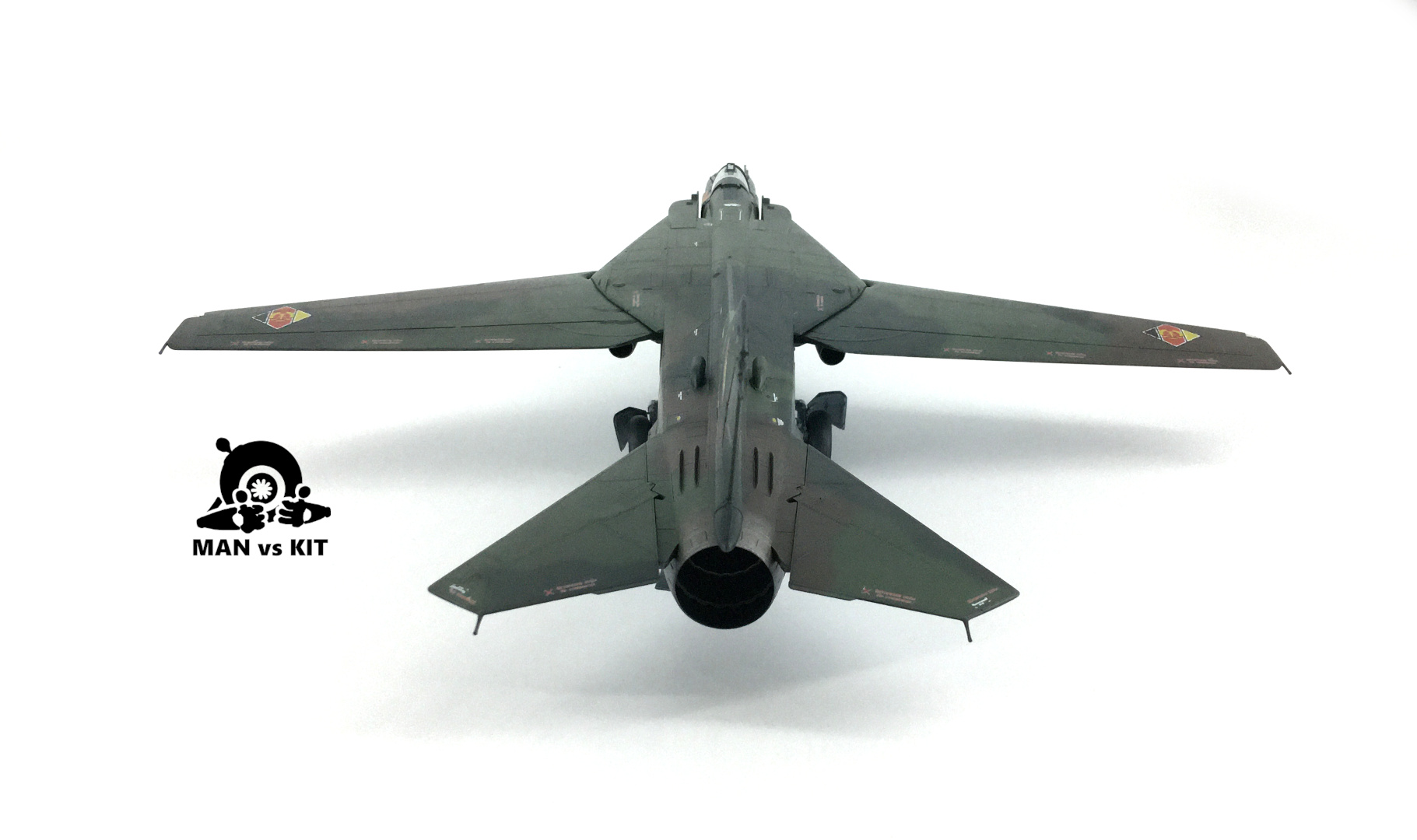 This is Eduard’s boxing of the Trumpeter MiG-23BN kit.  It adds some photoetch and new decal options focusing on the aircraft’s service with the Czech Republic.  However as my friends in Facebook’s Group Build Group decided to do a NATO and Warsaw Pact theme I felt this would be ideal in the East German scheme. 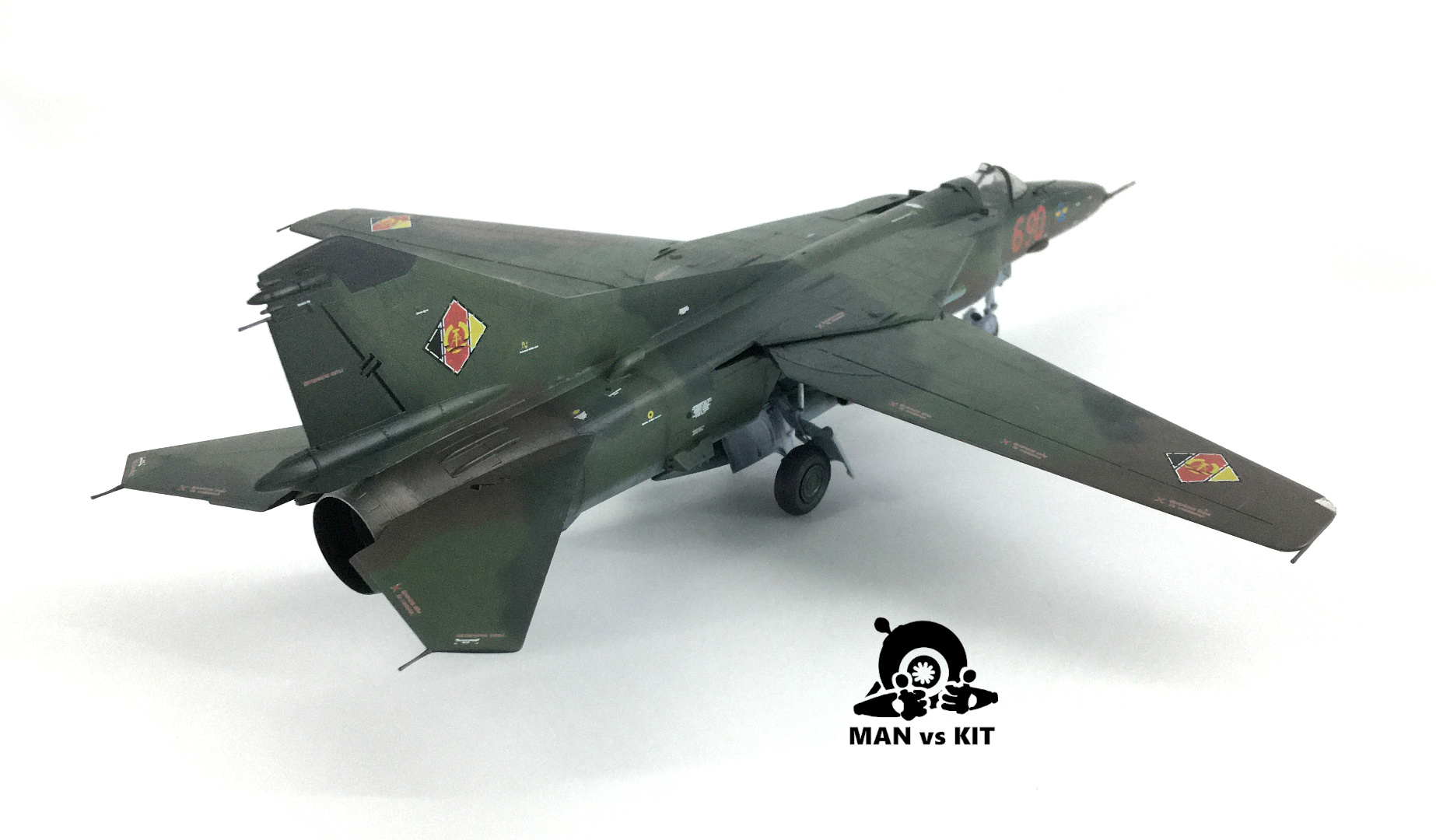 The build was quite straightforward, with no major fit issues.  A few areas like the wing sweep mechanism and the landing gear were fiddly to install.  The only real annoyance on this was finding that the canopy doesn’t sit nicely in the closed position, and I’m sure that became worse as I painted it. 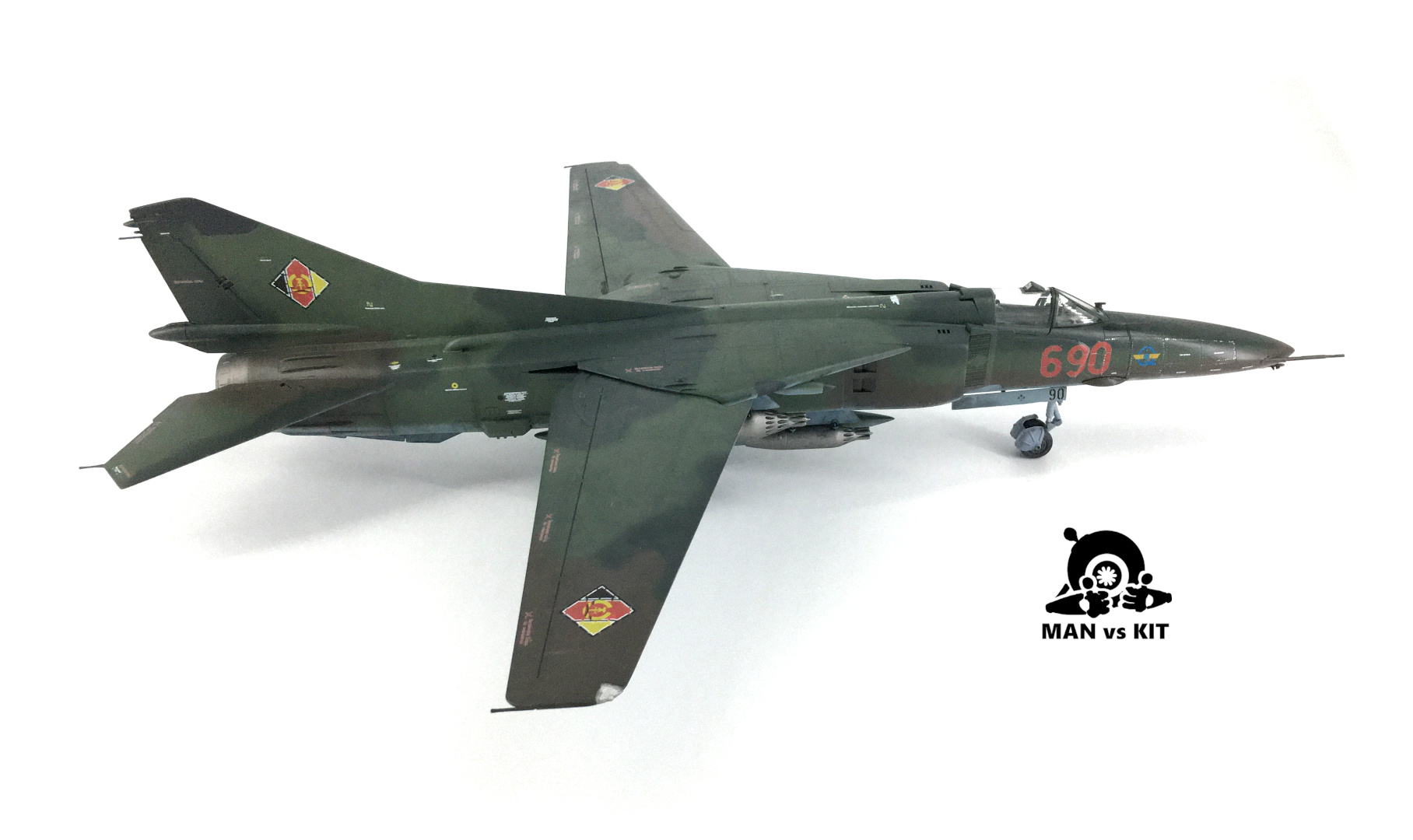 The only aftermarket parts were the photoetch pieces that Eduard include in their boxing.  The rocket pods used are half from this kit and the other two are from my Kittyhawk Su-34.  Together they make a loadout which I had seen on a photo of these aircraft in East German service, and I feel rocket pods give a plane that 1980s je ne sais quoi. 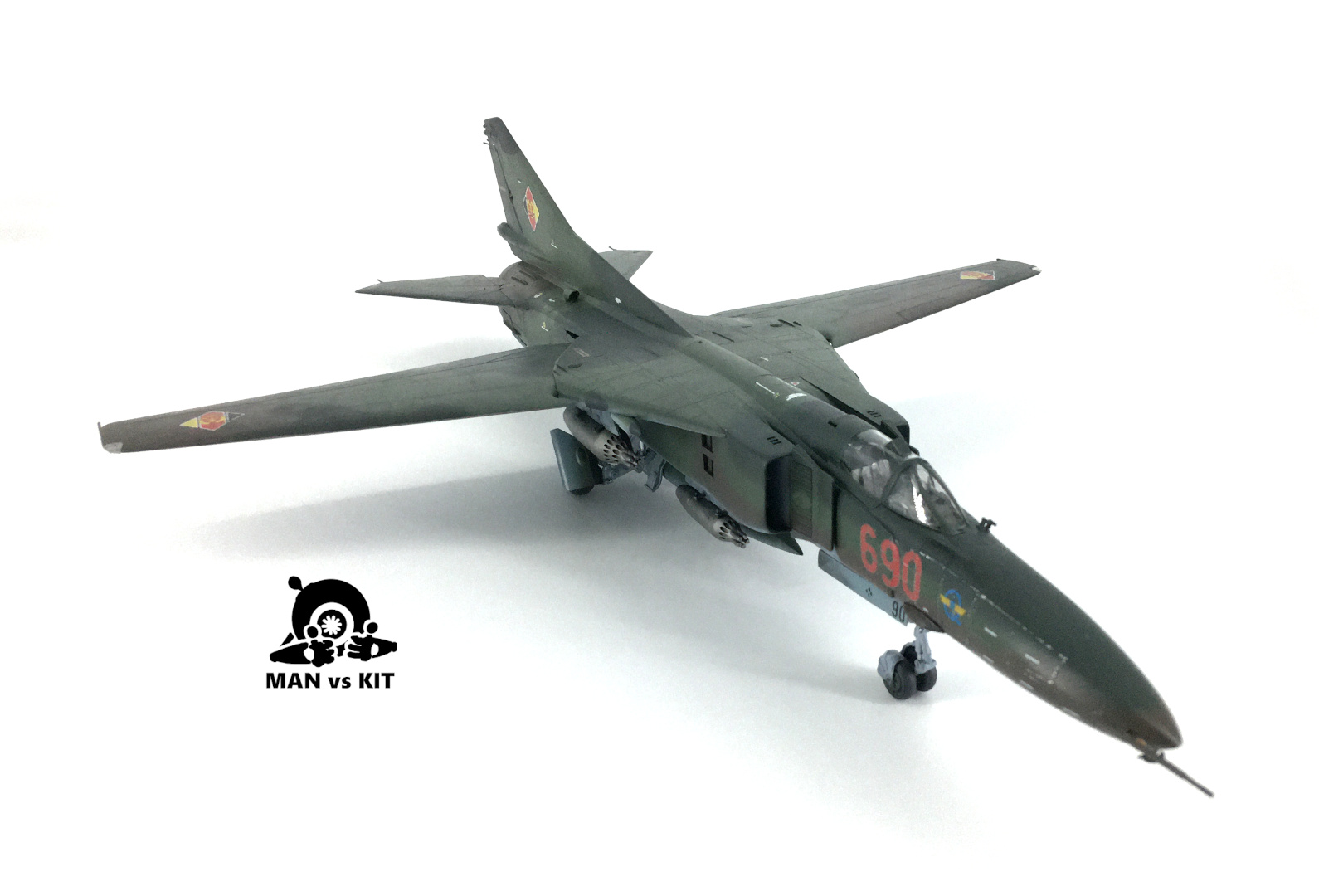 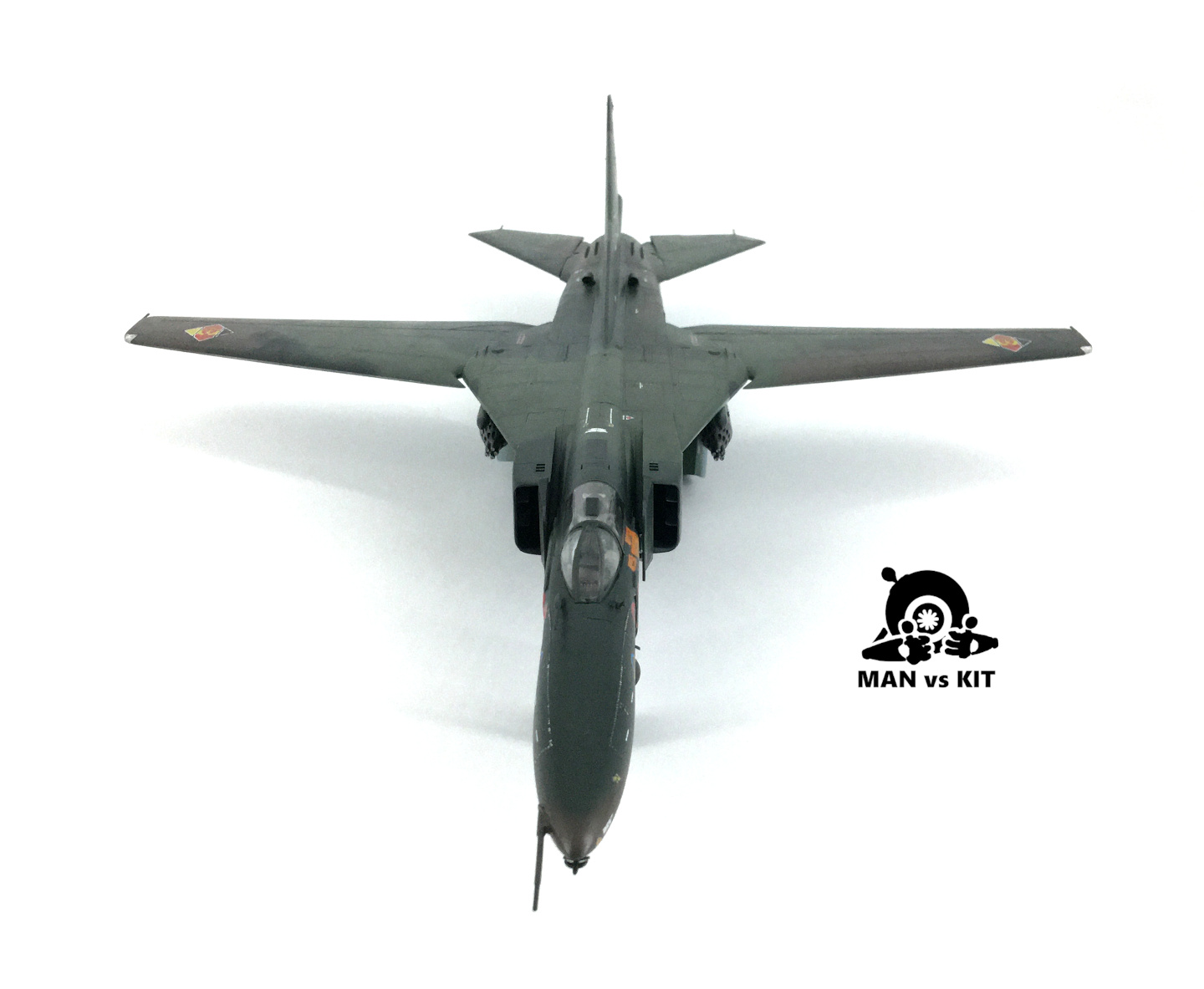 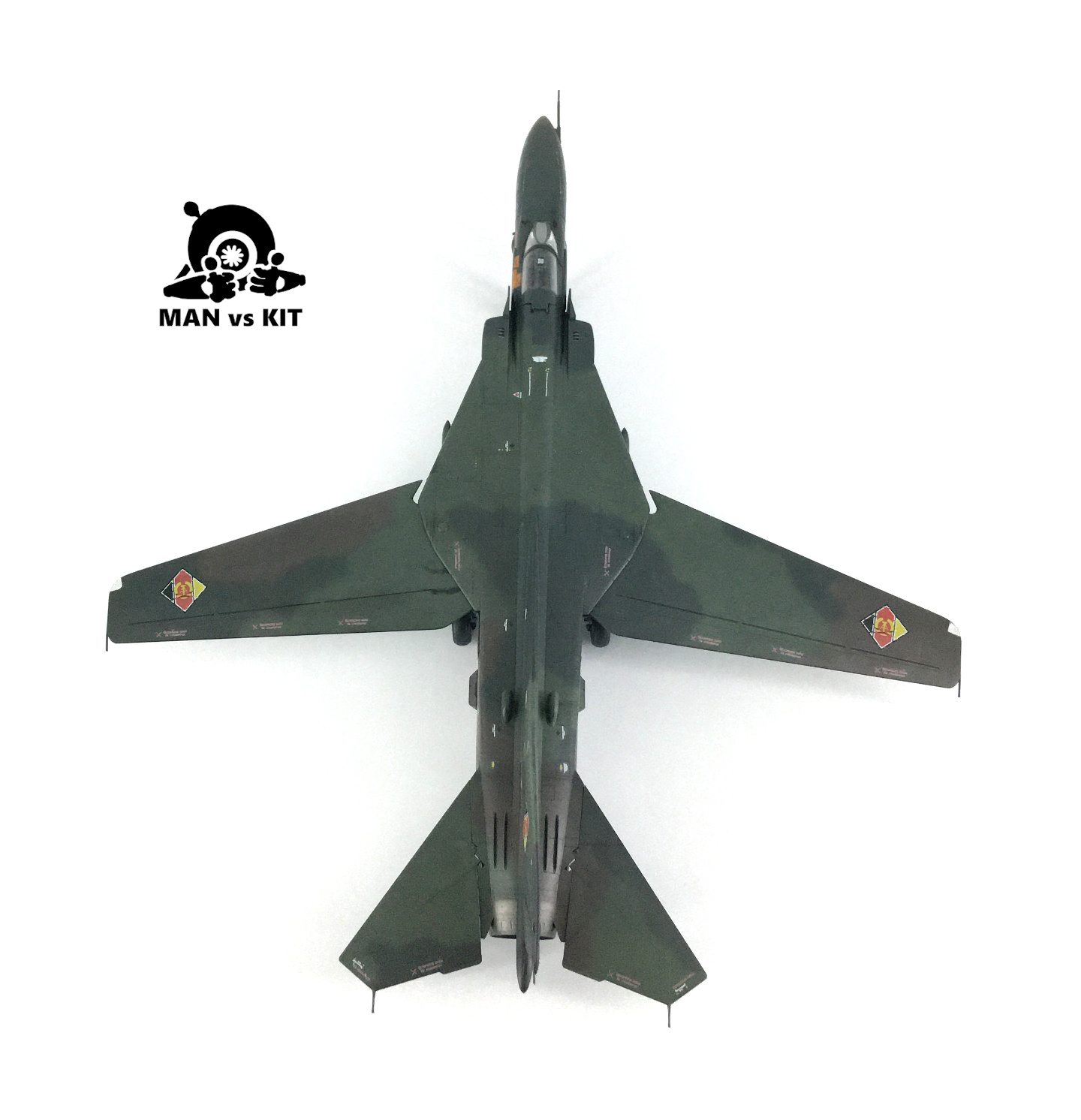 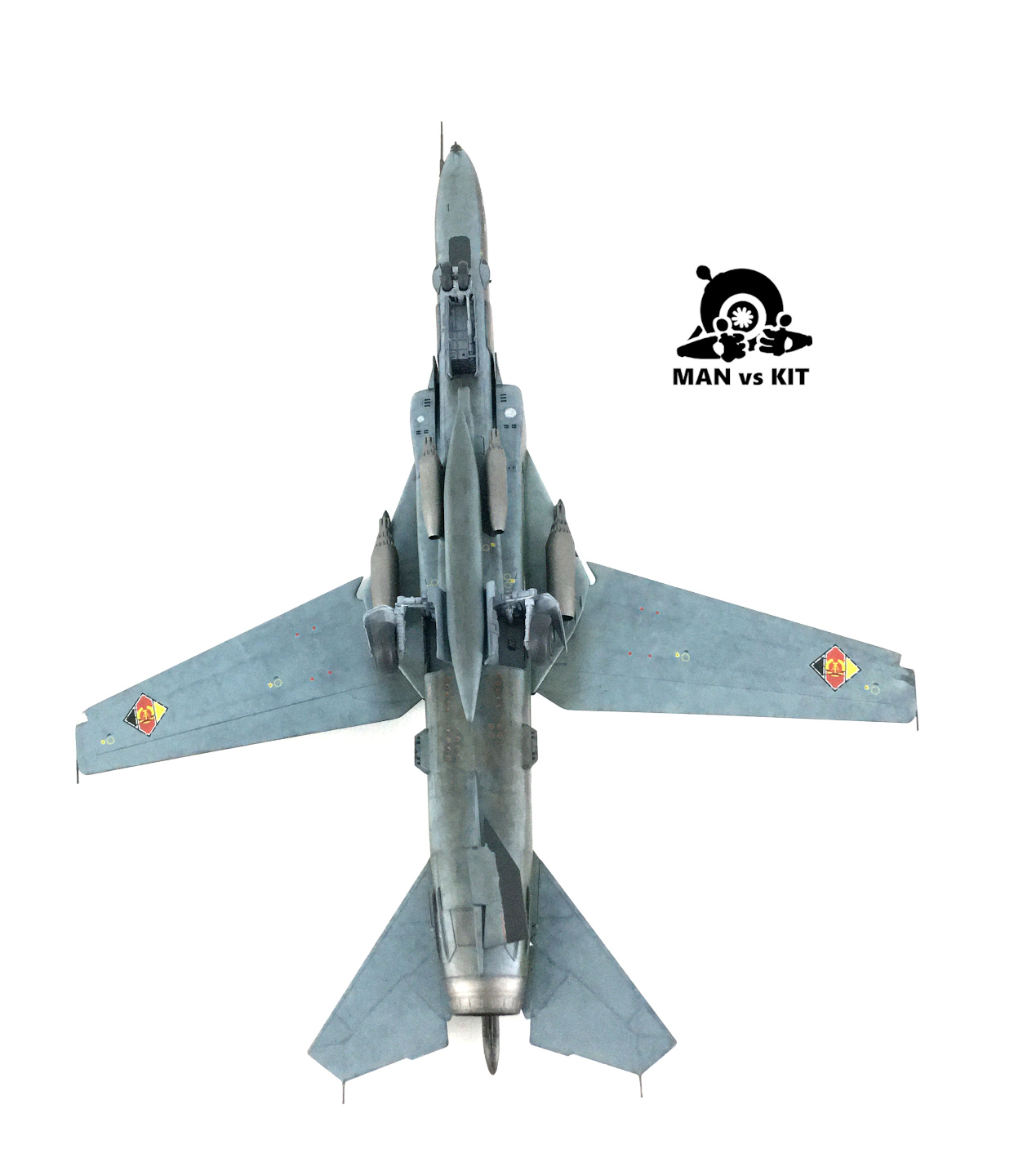 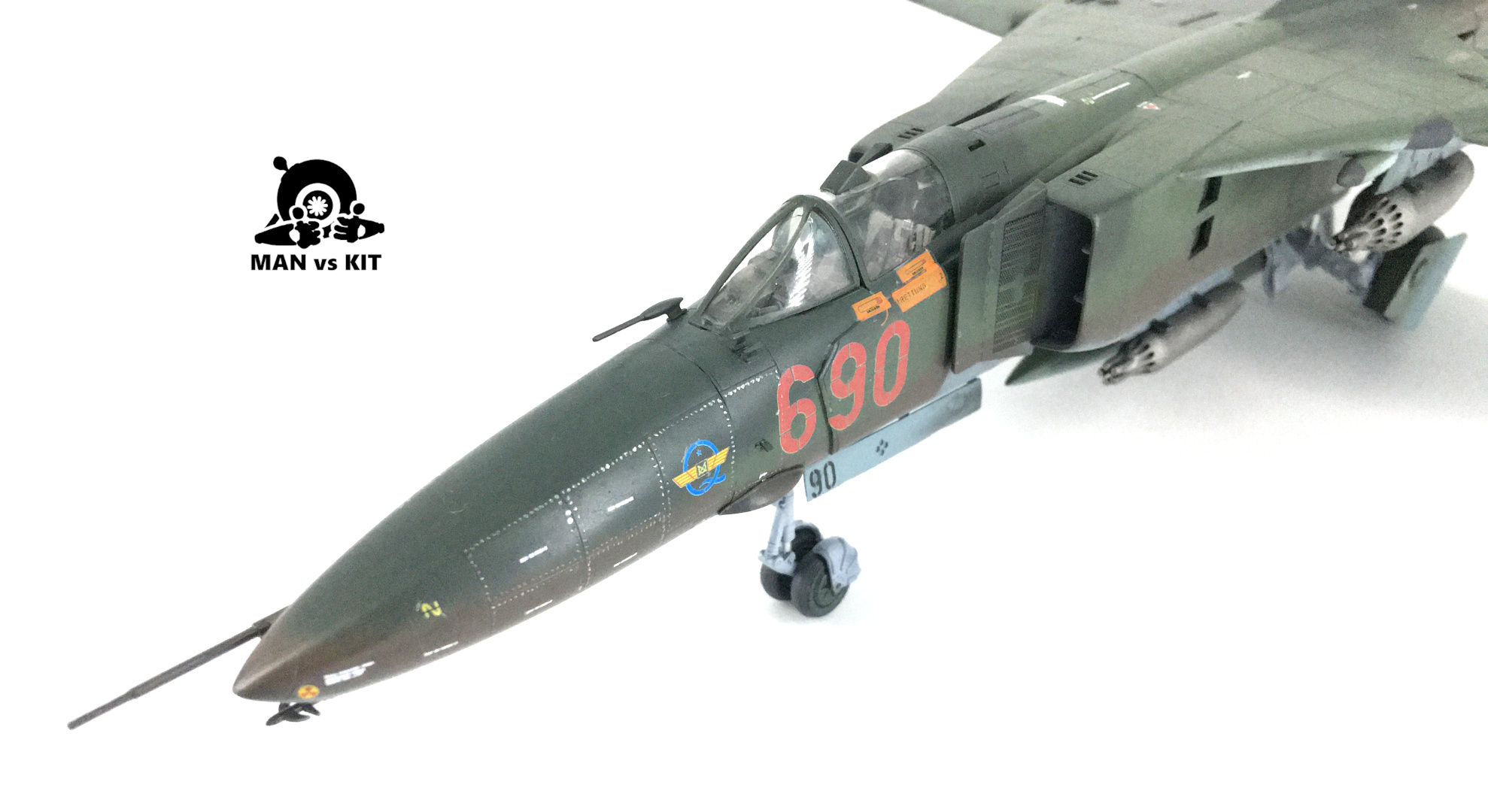 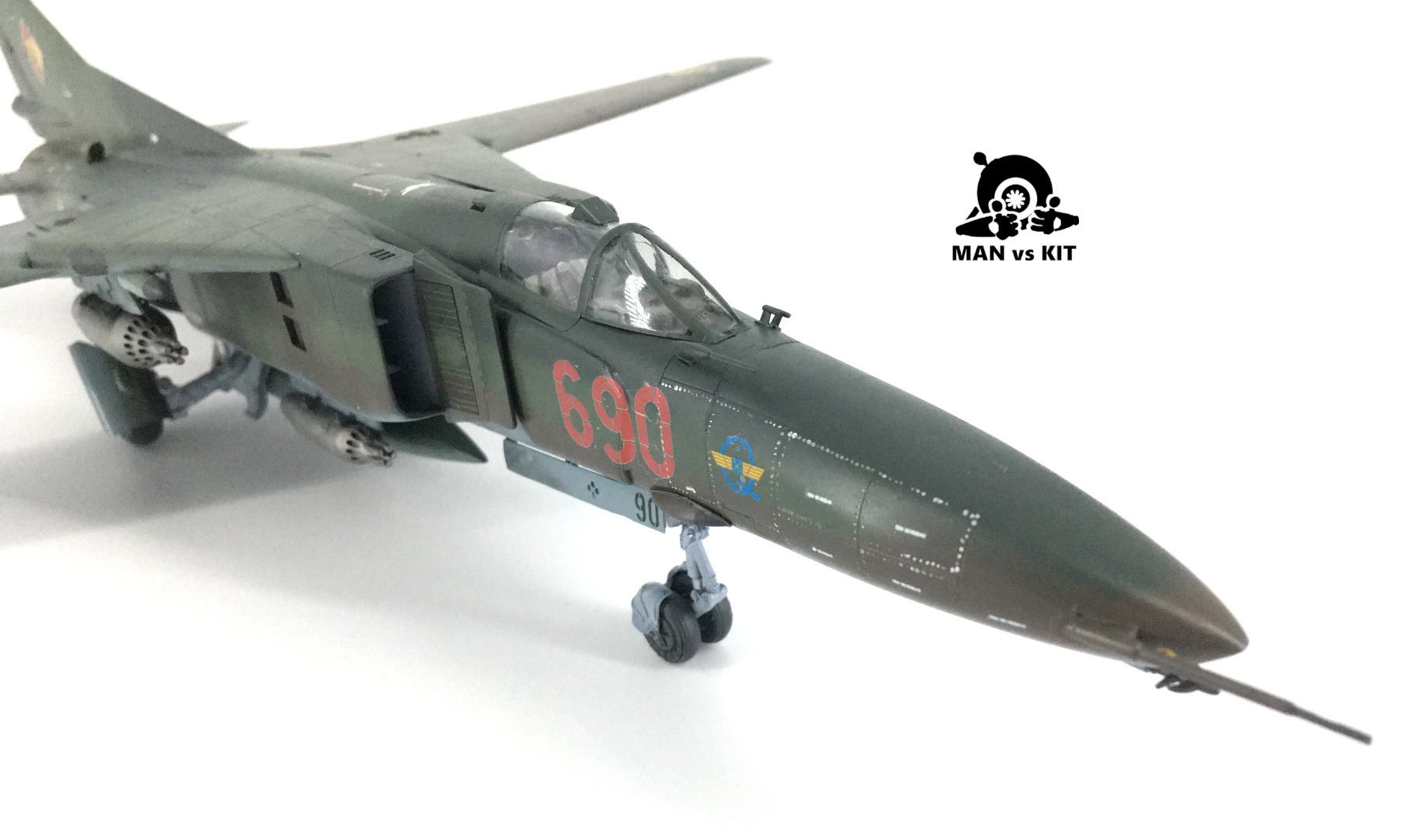 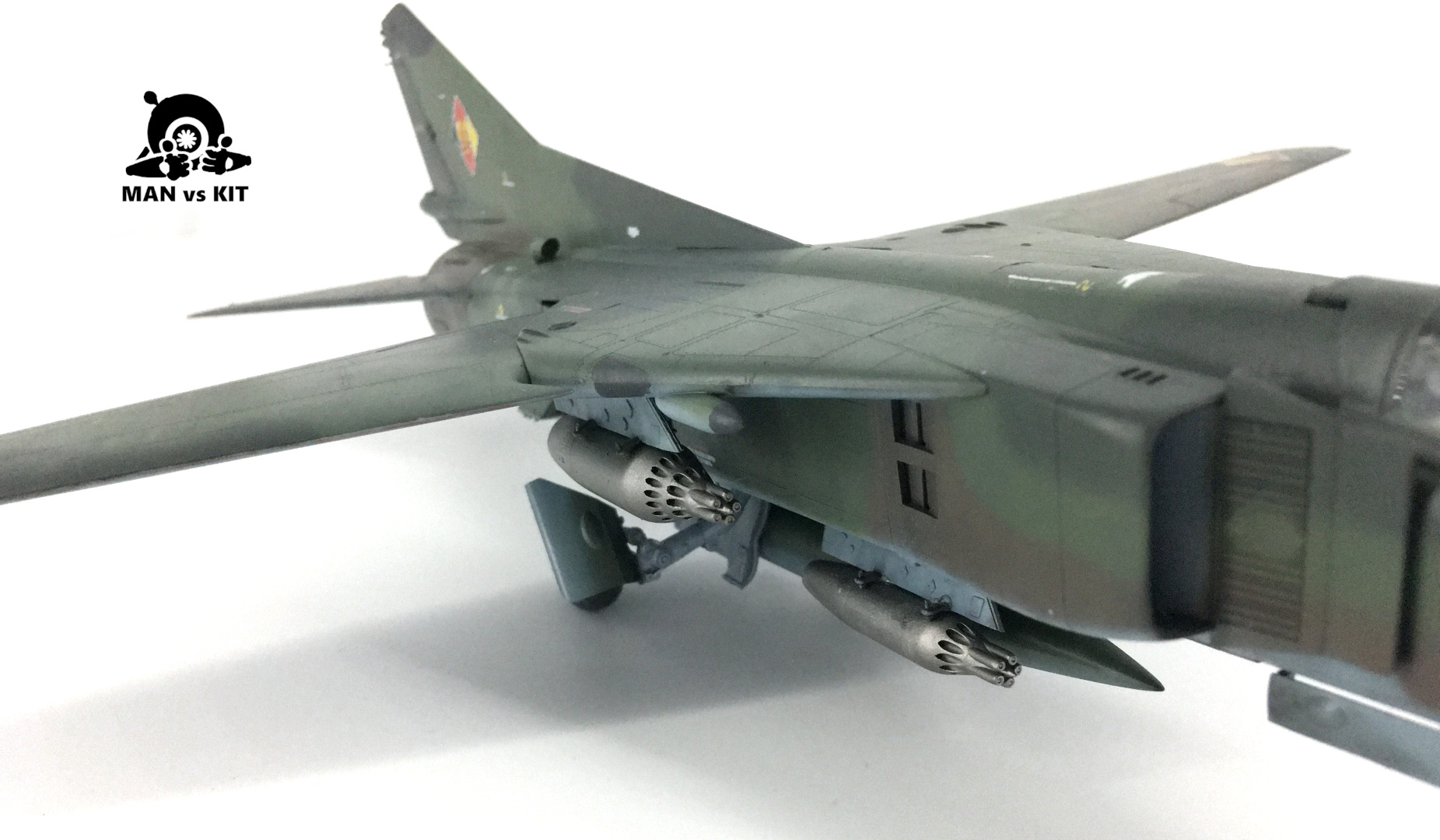 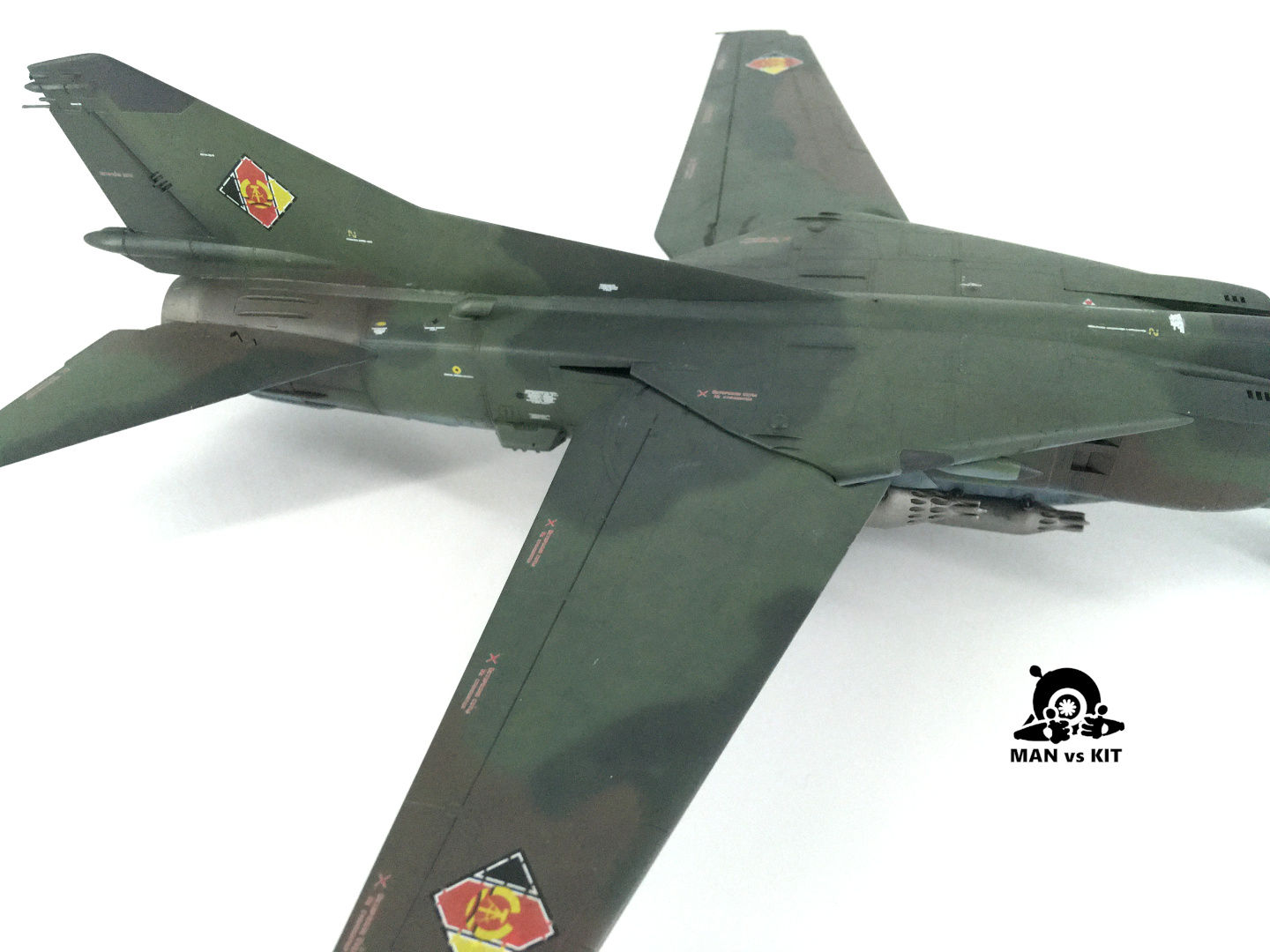 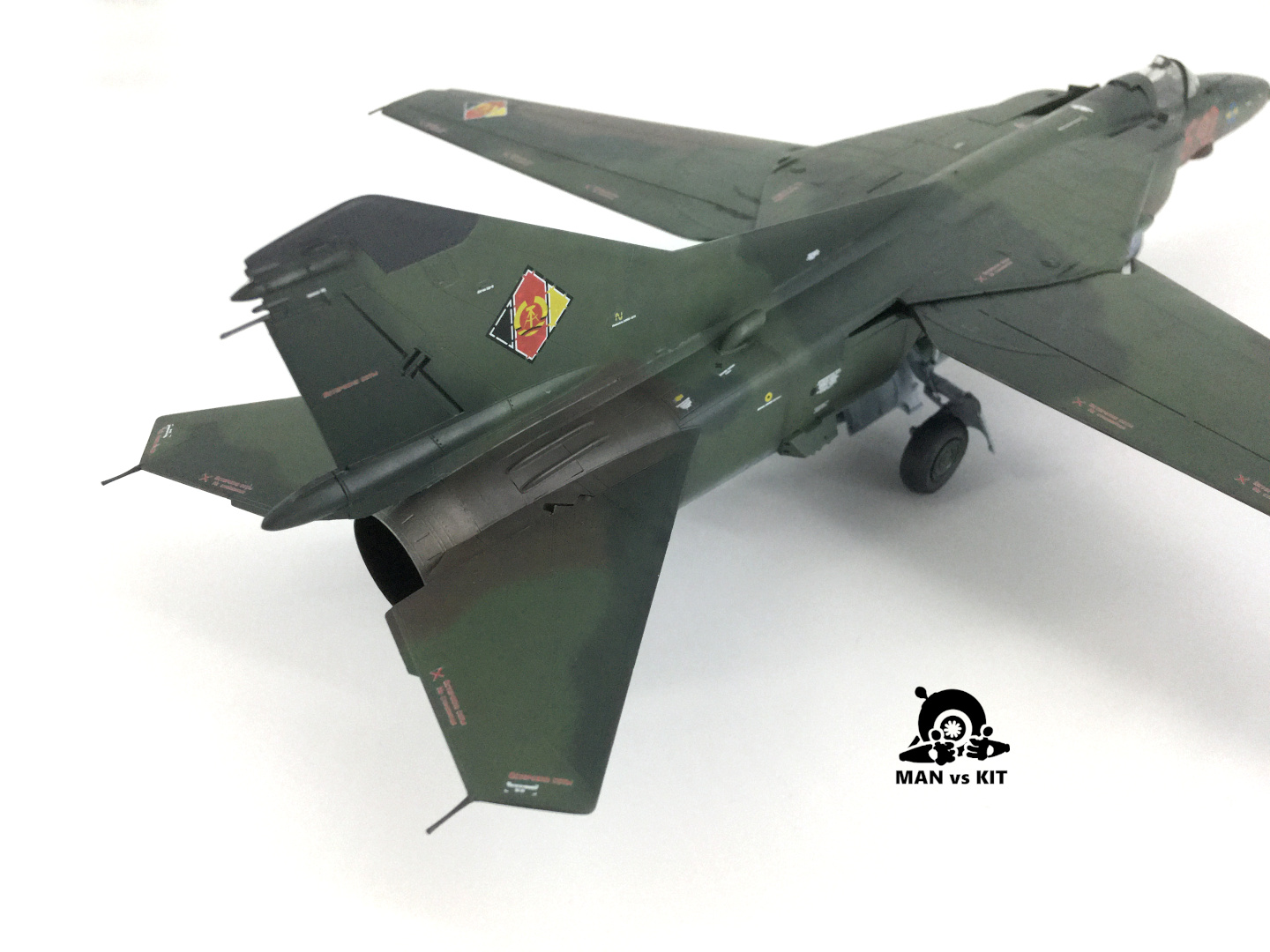 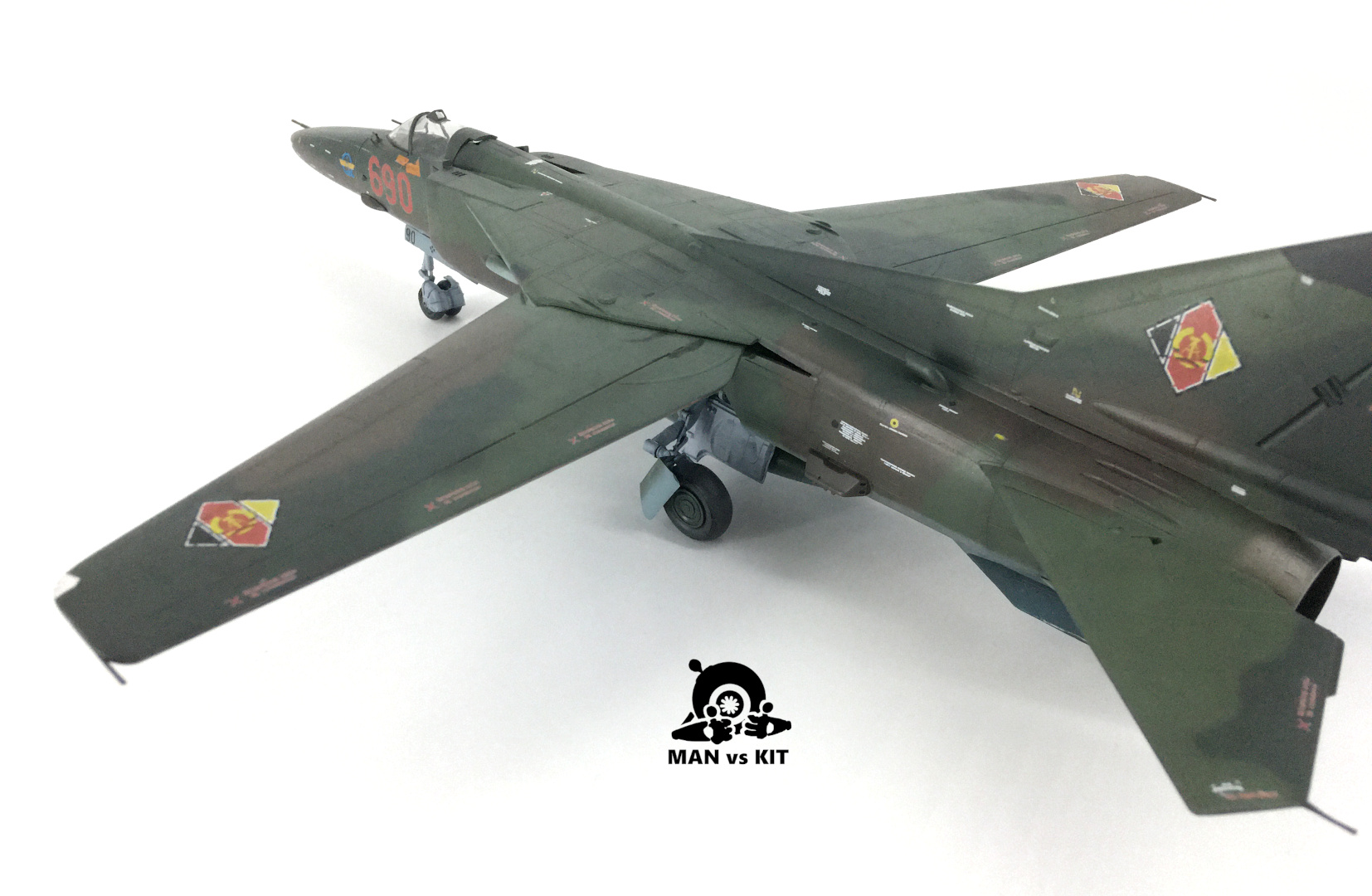